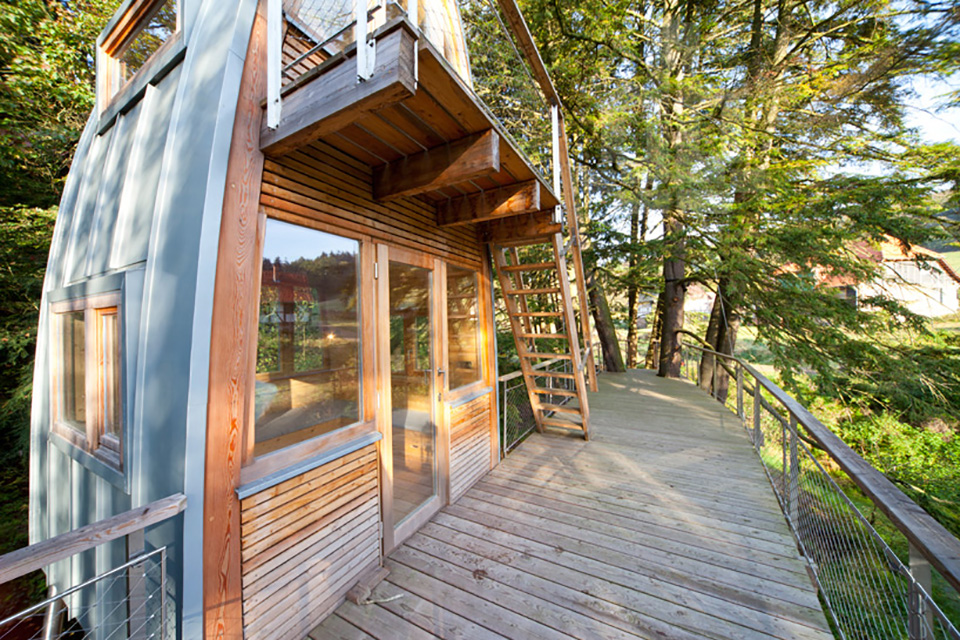 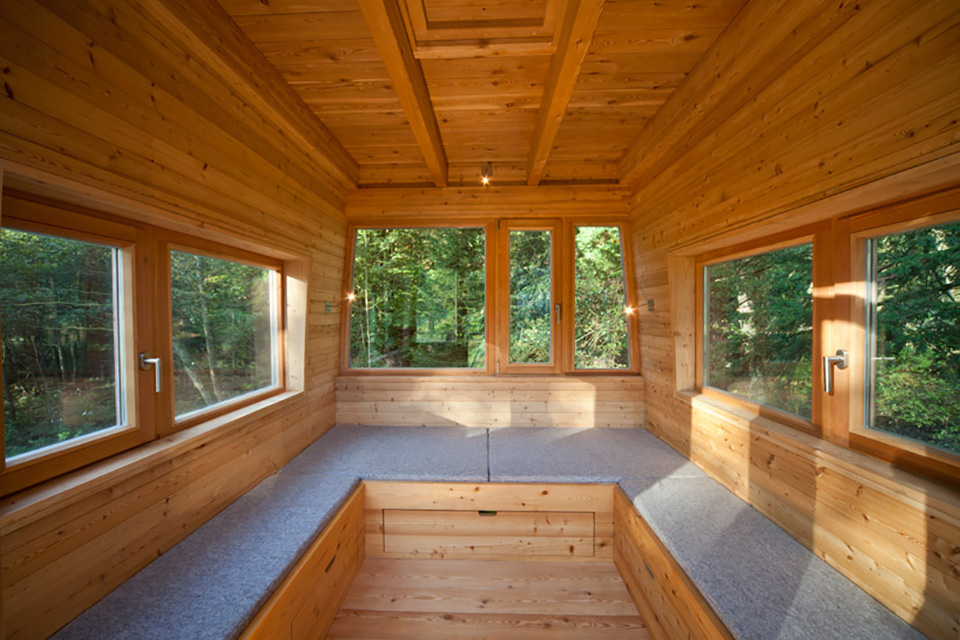 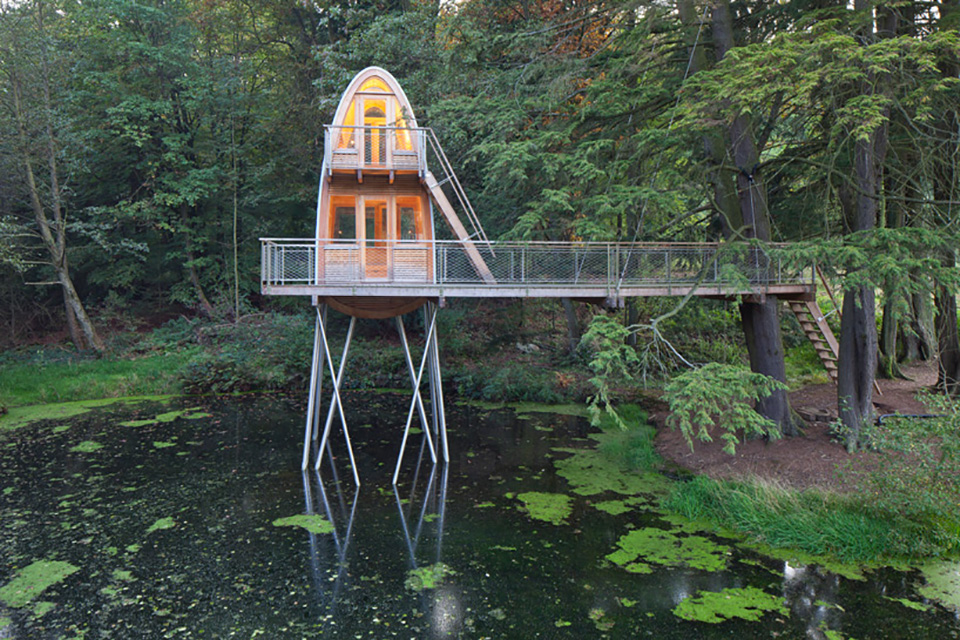 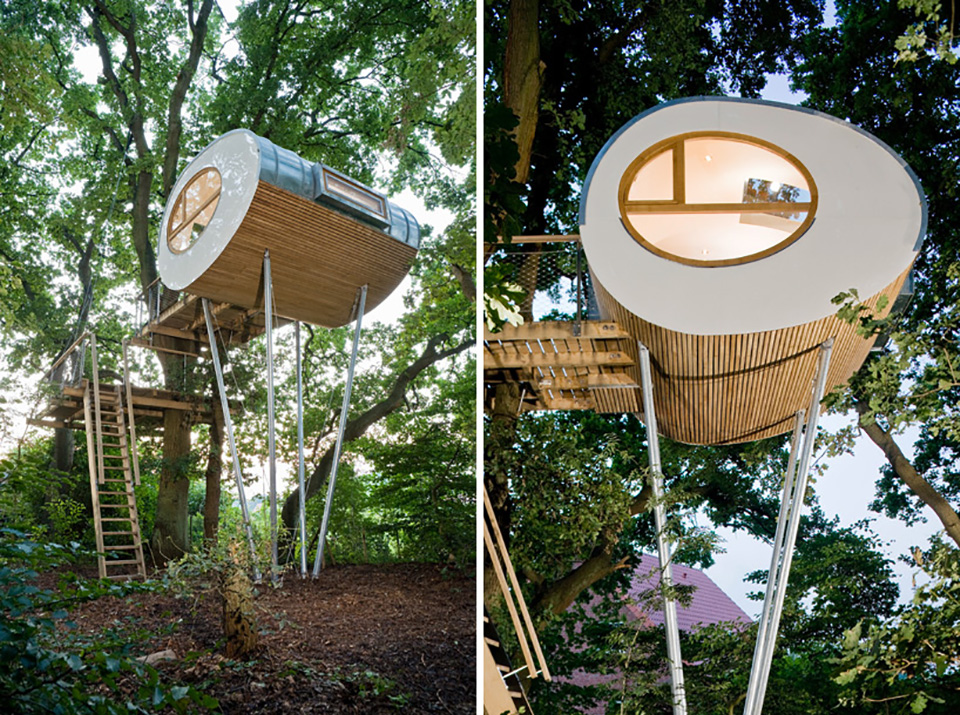 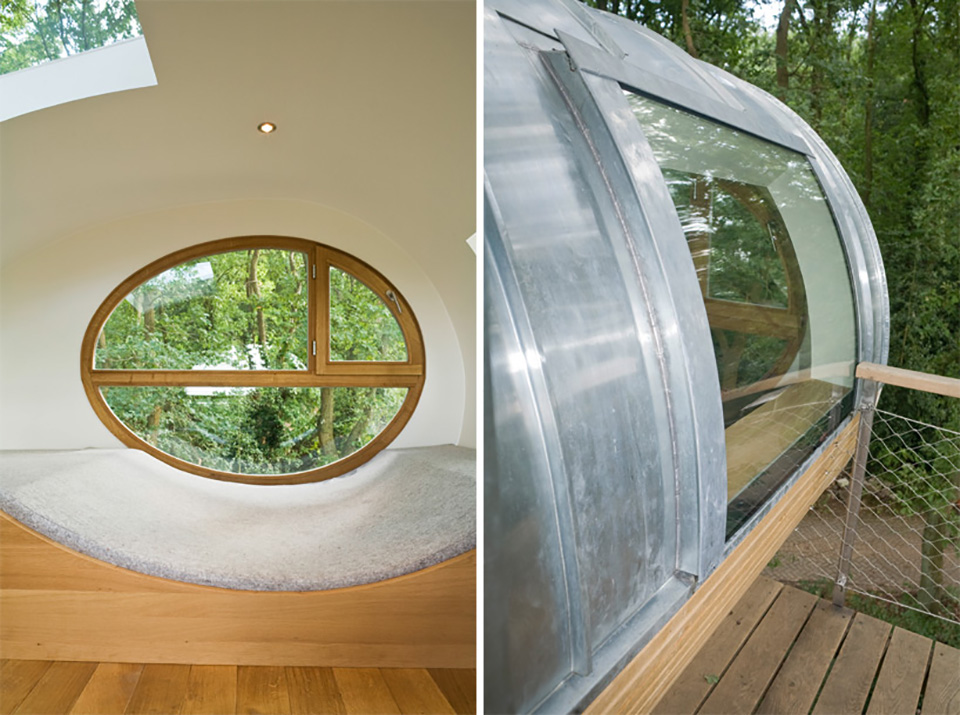 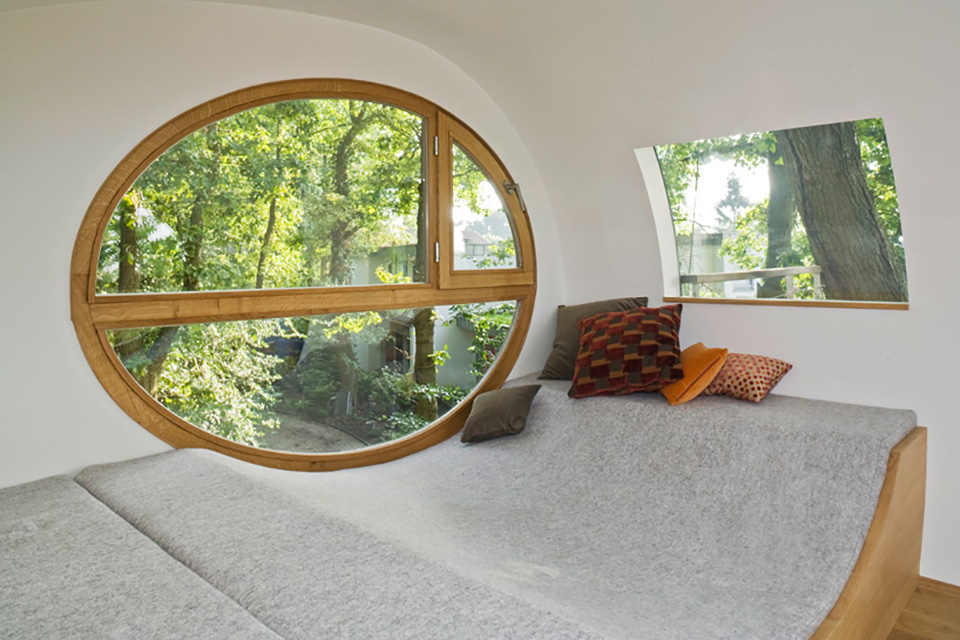 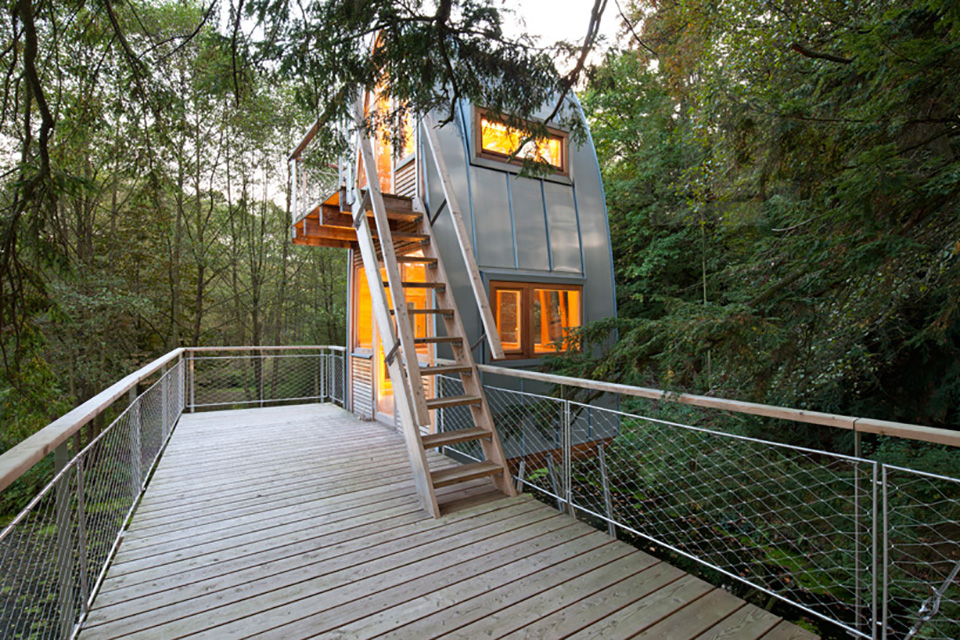 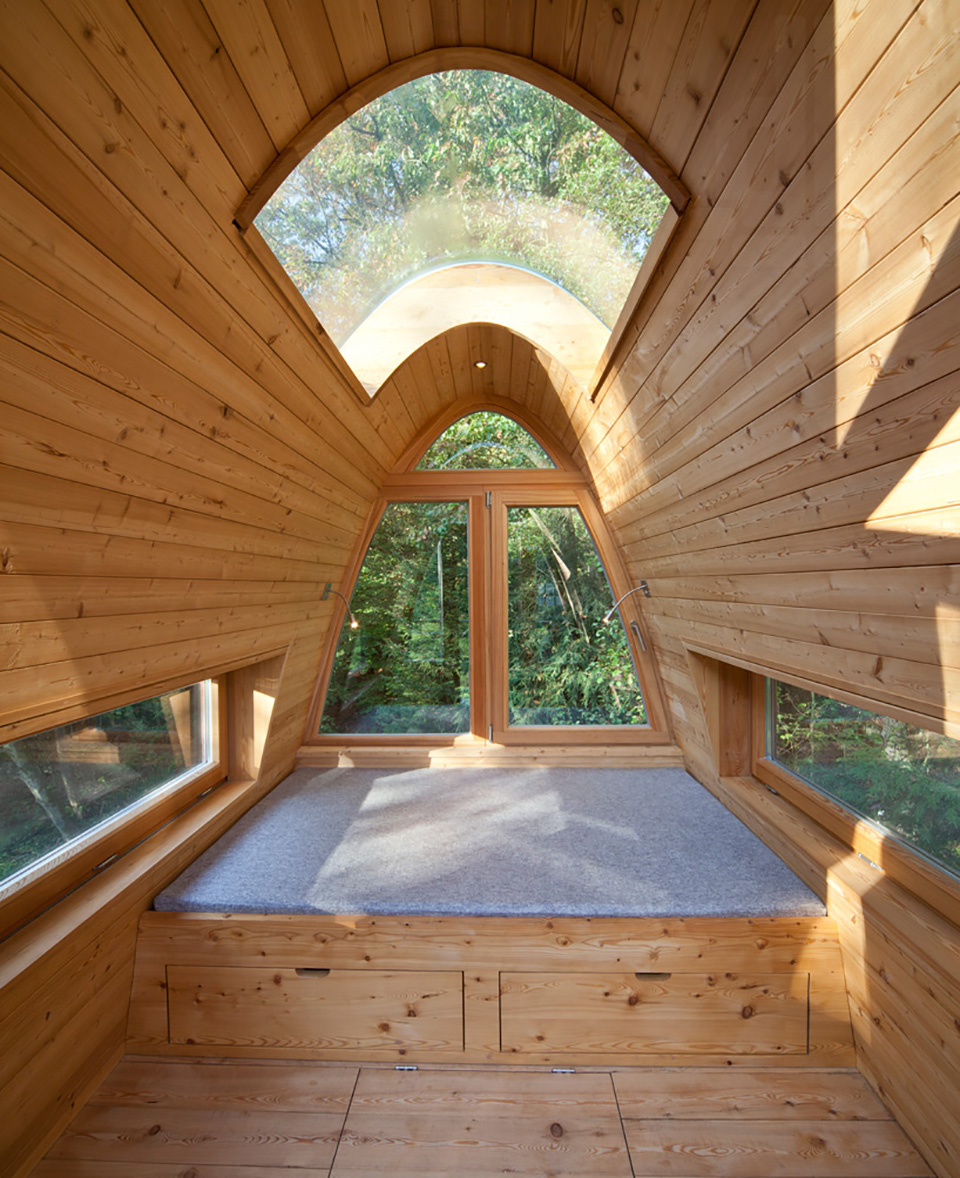 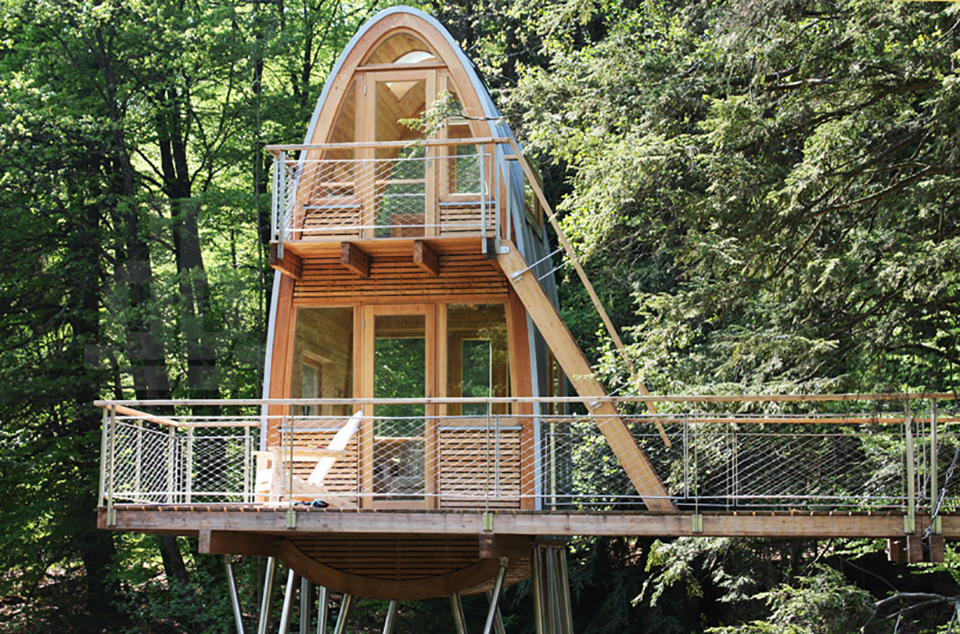 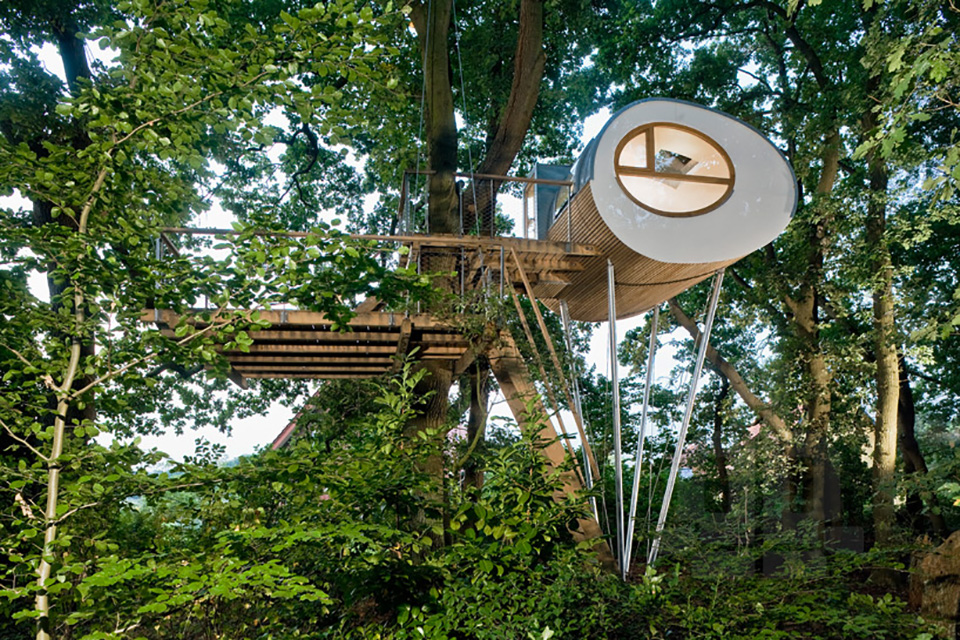 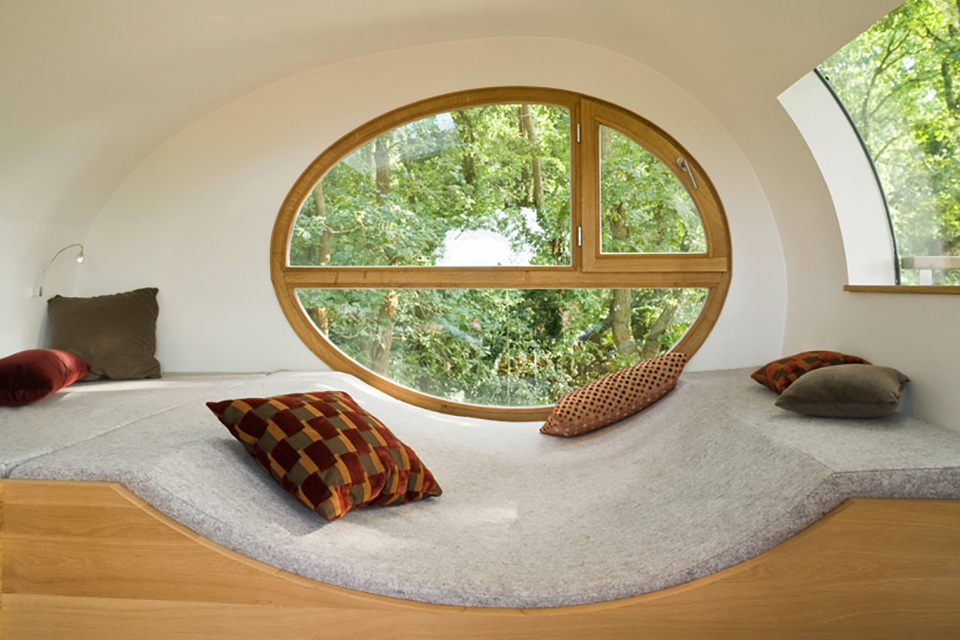 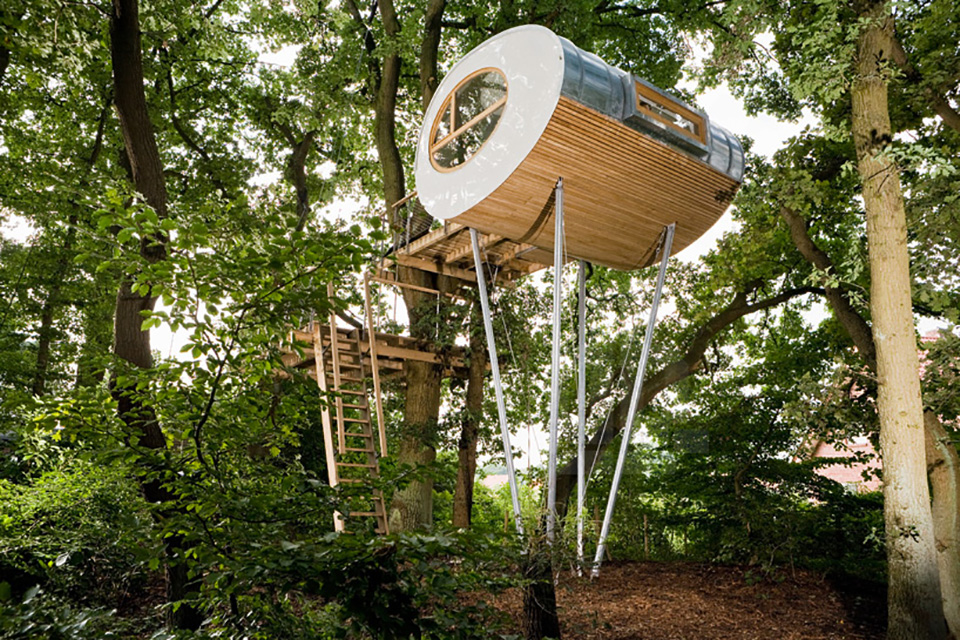 The masters of treehouse architecture, Baumraum Treehouses of Bremen, Germany, has revealed two new elevated escapes for fans of forest living.  The Baumraum Treehouse Solling rises 12-feet over a pond in Uslar, Germany, while the Baumraum Treehouse Djuren is an elliptical unit standing 17-feet over the forest floor.  Together, they are modern in design, playful in spirit and sustainable in construction, a continuation of the great design efforts from Baumraum over the years.

The Baumraum Treehouses Solling is a two-story dwelling over a pond in Uslar, Germany.  It is built as a guest house or a relaxing overlook for its owners, who hired Baumraum to construct the treehouse on their property behind their home.  Its bottom level stands 12-feet over the surface of the pond, while the second story reaches up even further into the forest canopy.  Together, these spaces equal about 118 square feet of living space, plenty for visiting guests or a peaceful escape for the owner.

The Baumraum Treehouses Djuren features a common design element amongst most of Baumraum’s work– an elliptical egg-shape design.  Excluding the outer edges of the Treehouse Djuren, one side is full ellipse without right angles. This curvy figure has a playful appeal, and this has been a long signature of Baumraum’s designs.  The Djuren Treehouse stands 17-feet over the forest floor, providing a single room escape for its occupant.  Like the Baumraum Solling, the Djuren model doesn’t feature cooking spaces or plumbing options, leaving its single space wide and open for relaxation only.

You can expect to see a whole lot more from Baumraum in the future, as this firm has designed and built a large number of treehouses throughout Germany in recent years.  They’ve become a sought-after supplier of this dreamy kind of living space, and they deserve every accolade. 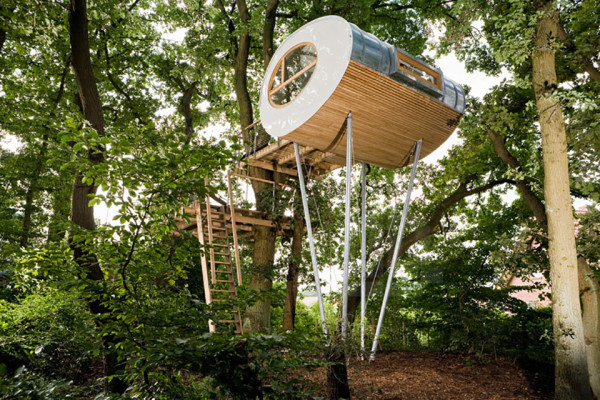 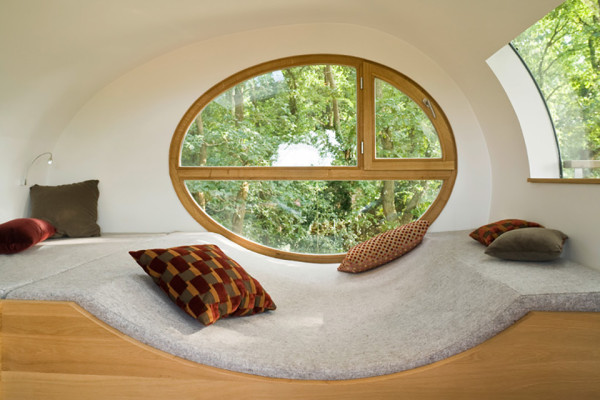 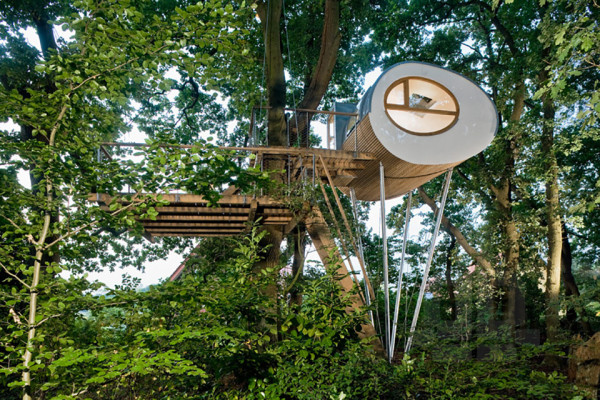 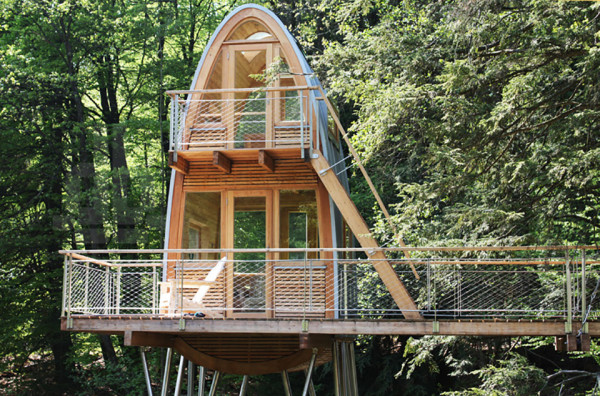 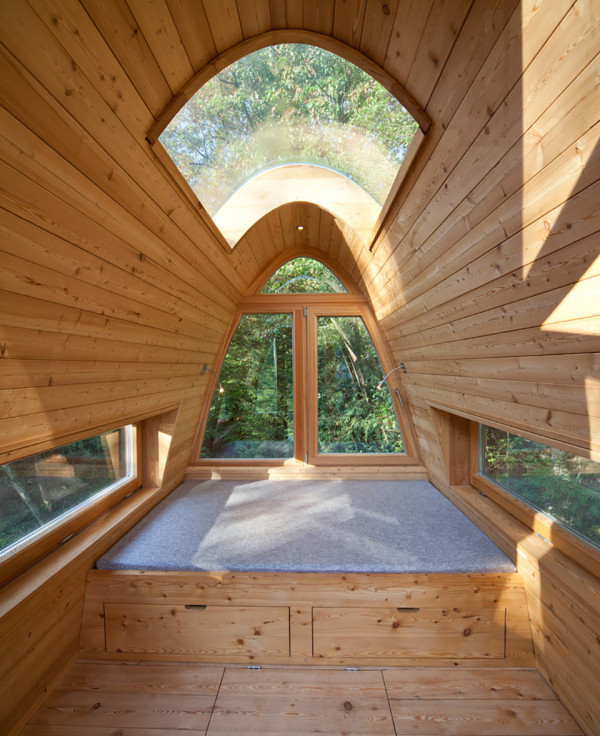 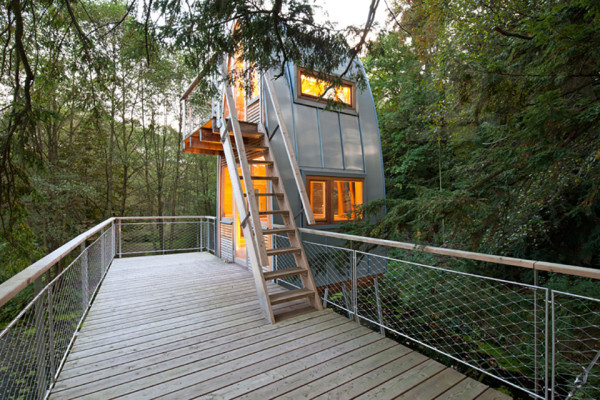