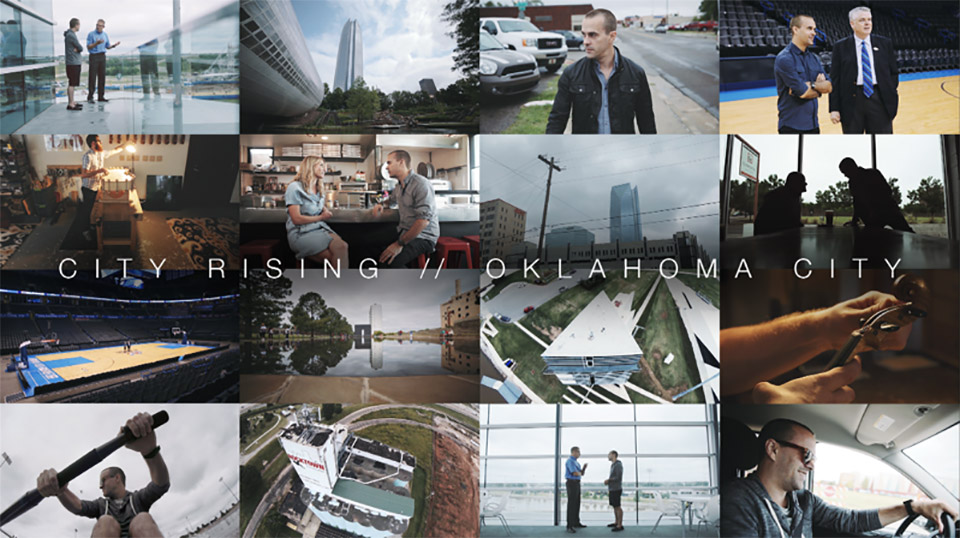 Oklahoma City Documentary – CITY RISING OKC | There was a time, not long ago, when cities like Austin and Portland didn’t exist as we see them today. Before these towns became great American cities, they were communities on the rise just waiting for their stories to be told. There are more like them, and one stands out. For every covered wagon or cowboy hat in Oklahoma City, there’s a tech startup and cultural story waiting to be discovered. I traveled to OKC to witness these stories firsthand. I trained with Olympic athletes, spoke to entrepreneurs and craftspeople about the businesses of tomorrow and even stood on the Chesapeake Arena’s center circle where NBA star Kevin Durant goes to work. I left intrigued and encouraged, having witnessed a city on the rise that is just waiting to be discovered. OKC will surprise you. (It surprised me.) It’s a rising beacon of tech, culture and sport in the center of the Great Plains. Join me as I experience Oklahoma City firsthand.

this story is brought to you by vapor-distilled smartwater, who found unique inspiration for their water by looking up to the sky. we hope the change in perspective this piece offers will help inspire you.

Written, Produced and Hosted by Seamus Payne of TheCoolist.com
Directed, Filmed and Edited by Ben Bradley of RightHandFilms.com

25 comments
TheCoolist is supported by our readers. When you buy through links on our site, we may earn a commission. Check out our privacy policy.
Join TheCoolist
100% free, unsubscribe anytime.
Related Reading
Let's connect