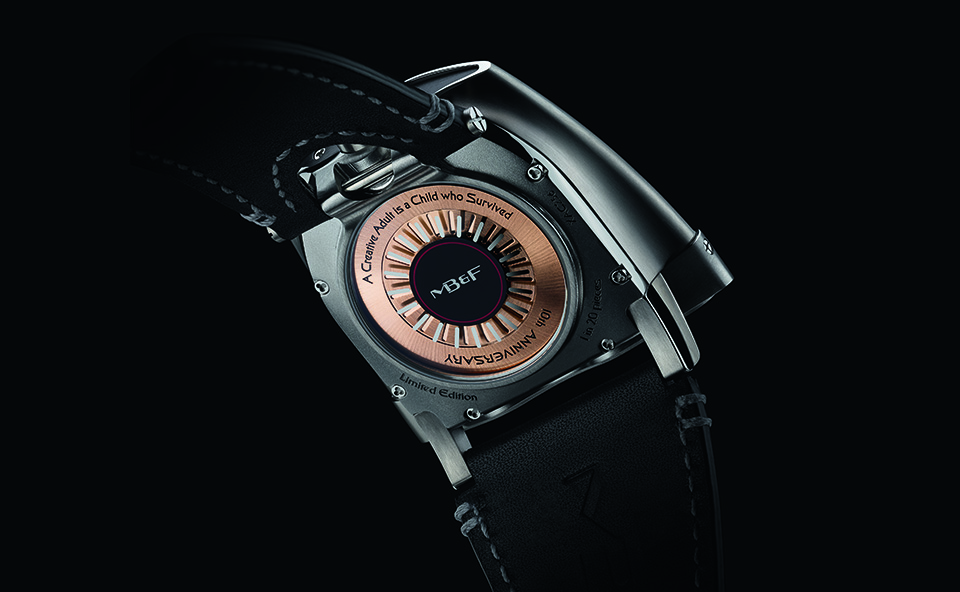 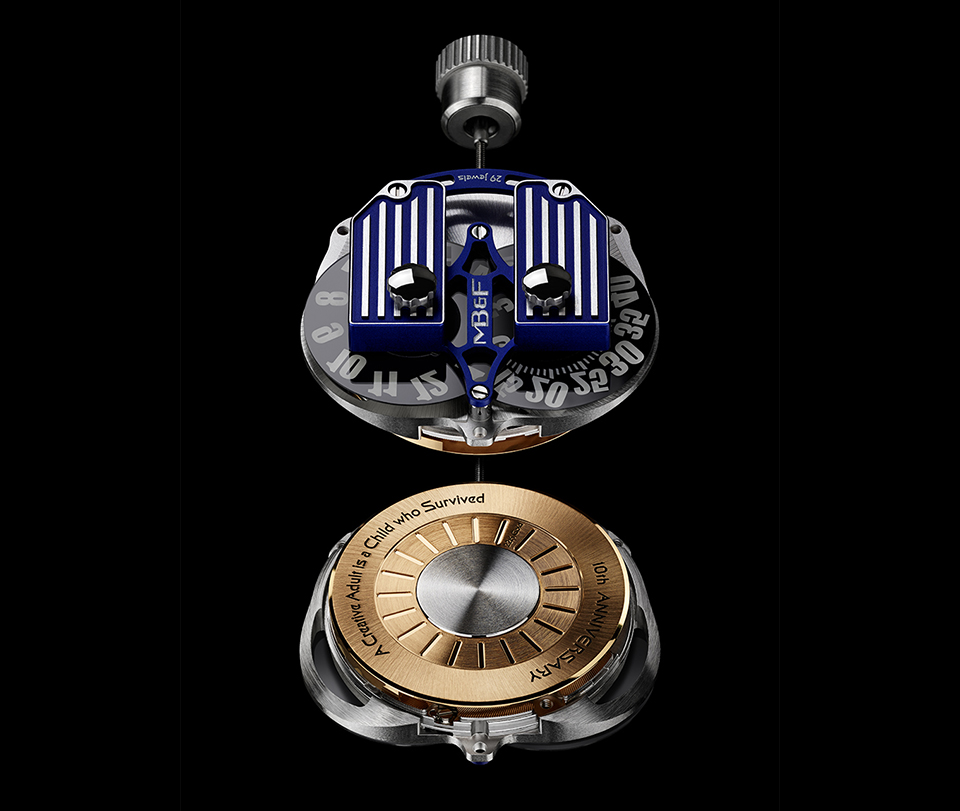 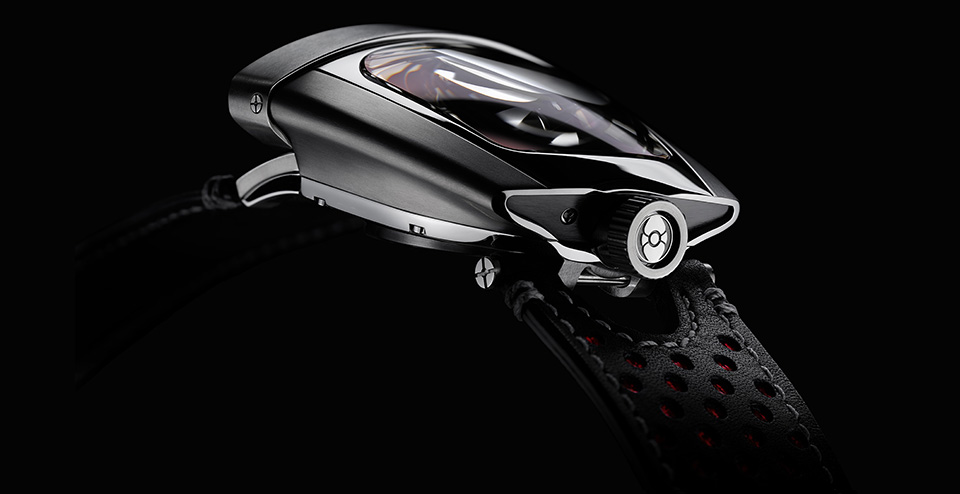 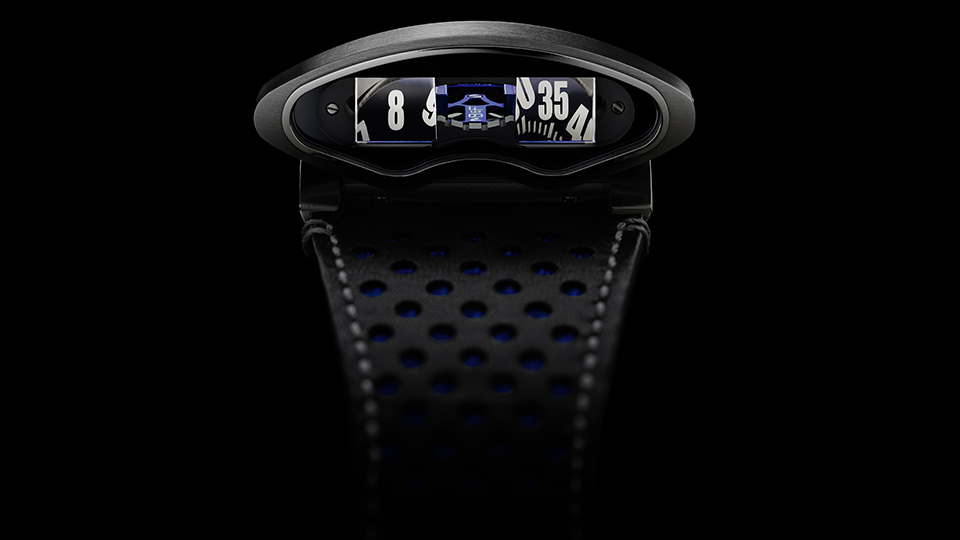 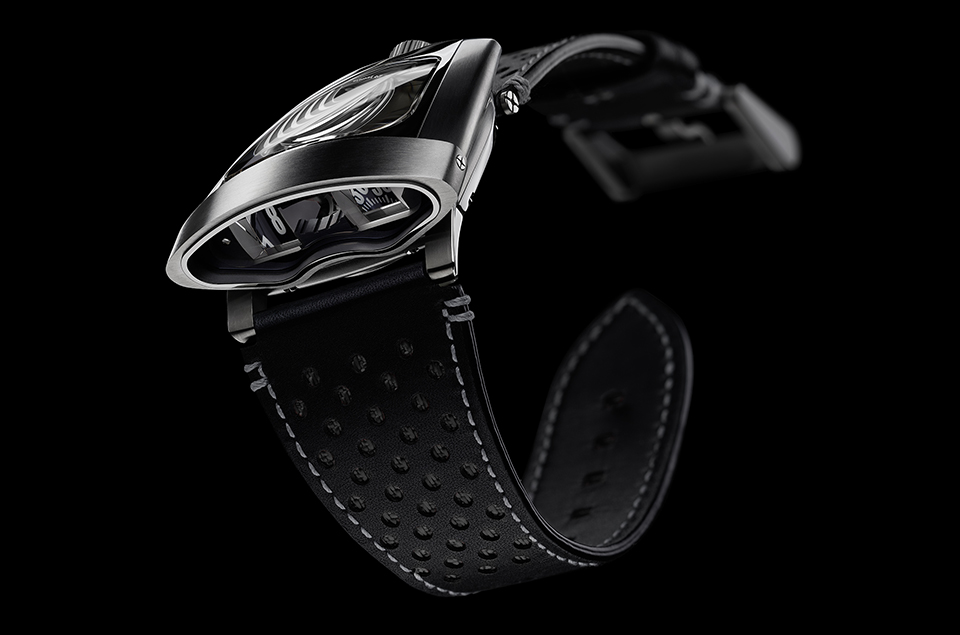 For 10 years now, Maximilian Busser and Friends have been hard at work shaking up an industry. When they arrived, the concept of luxury Swiss watchmaking had grown stale. MB&F broke the mold with progressive design and a childlike sense of wonder — a virtue that is shown in every watch MB&F makes. The MB&F HMX Watch is their 10th anniversary special, a watch that celebrates the wonder that made their company great to begin with. As is shown on the underside of the watch, “a creative adult is a child who survived”. Indeed.

“The MB&F HMX is a work of functional, sculptural art intended to be strapped to the wrist of its owner.

The MB&F HMX Watch takes inspiration from some of the high points of MB&F’s history. The general form and display of the HMX recalls the layout of the MB&F HM5, a timepiece inspired by the sports cars of the late 1970s. The conceptual relationship with automotive design is common for Maximilian Busser, who dreamed of becoming an automotive designer when he was a child. That dream has clearly held strong, as it is reflected in watches like the HM5 and this new HMX. Want proof? The HMX is available in four color styles, appropriately named “Lotus Black, British Racing Green, Ferrari Red and Bugatti Blue”.

Like the other MB&F watches that came before, the HMX is a precision-engineered work of complexity. Just try to wrap your head around this display system:

“Rotating discs on top of the movement feature mirror image numerals. These are reflected 90° and magnified by two sapphire crystal optical prisms that “project” the time onto the front vertical display.”

Technical details aside, the watch is special for its visual styling. Effectively, the MB&F HMX is a work of functional, sculptural art intended to be strapped to the wrist of its owner. Who needs an art gallery when your favorite work can accompany you wherever you go? That’s been a consequence of the work MB&F have been producing for 10 years straight. They’ve attached precision works of mechanical art to the wrists of a select few lucky individuals. Excuse the pun, but for those owners, art is always at hand. [mb&f] 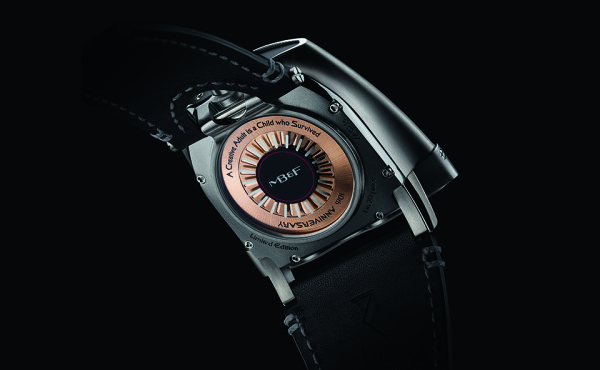 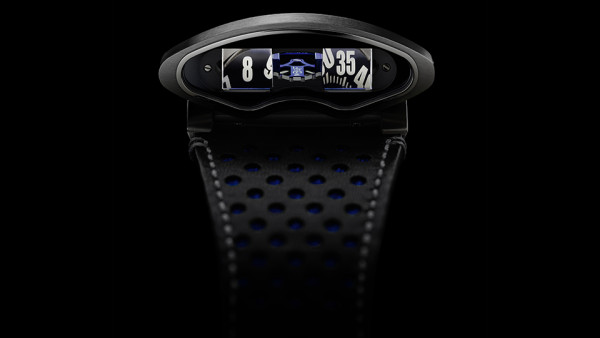