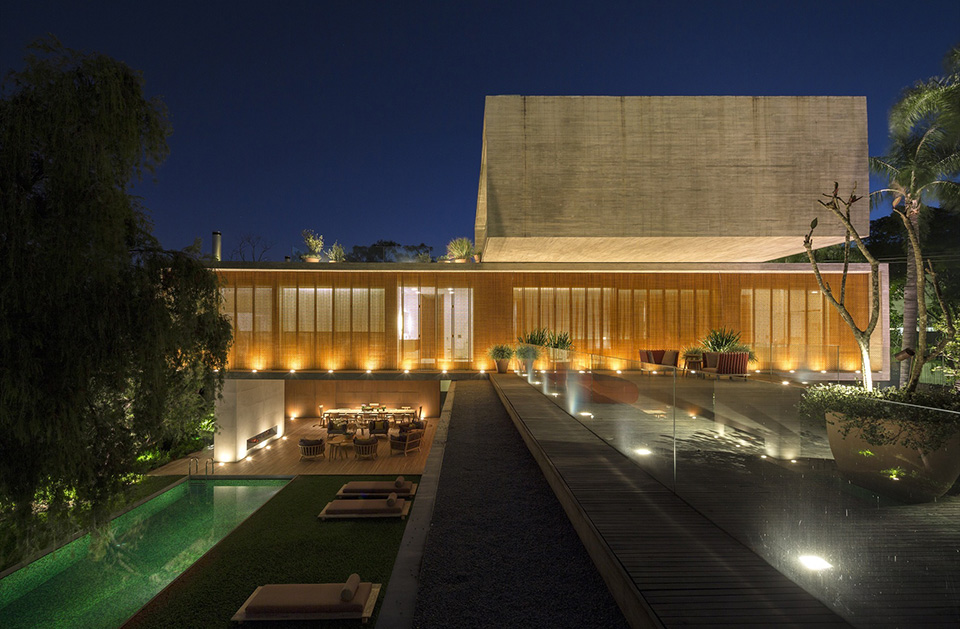 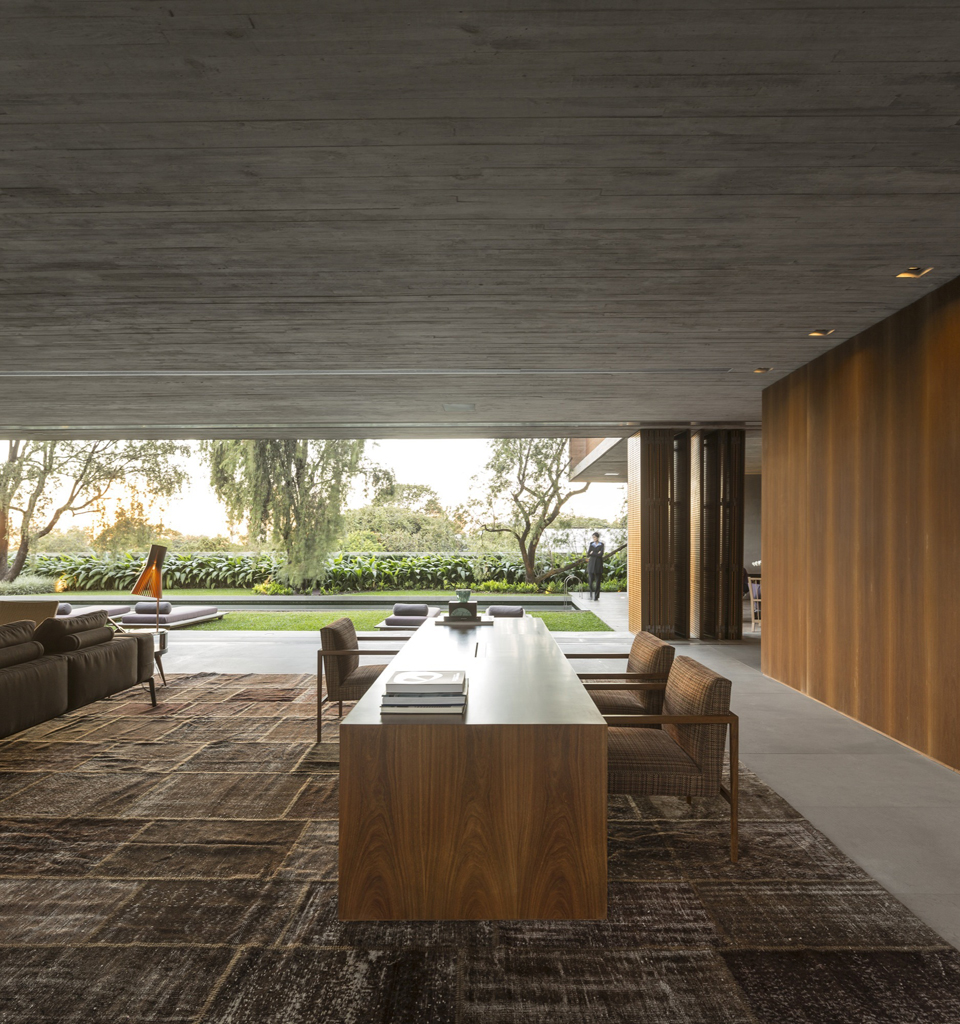 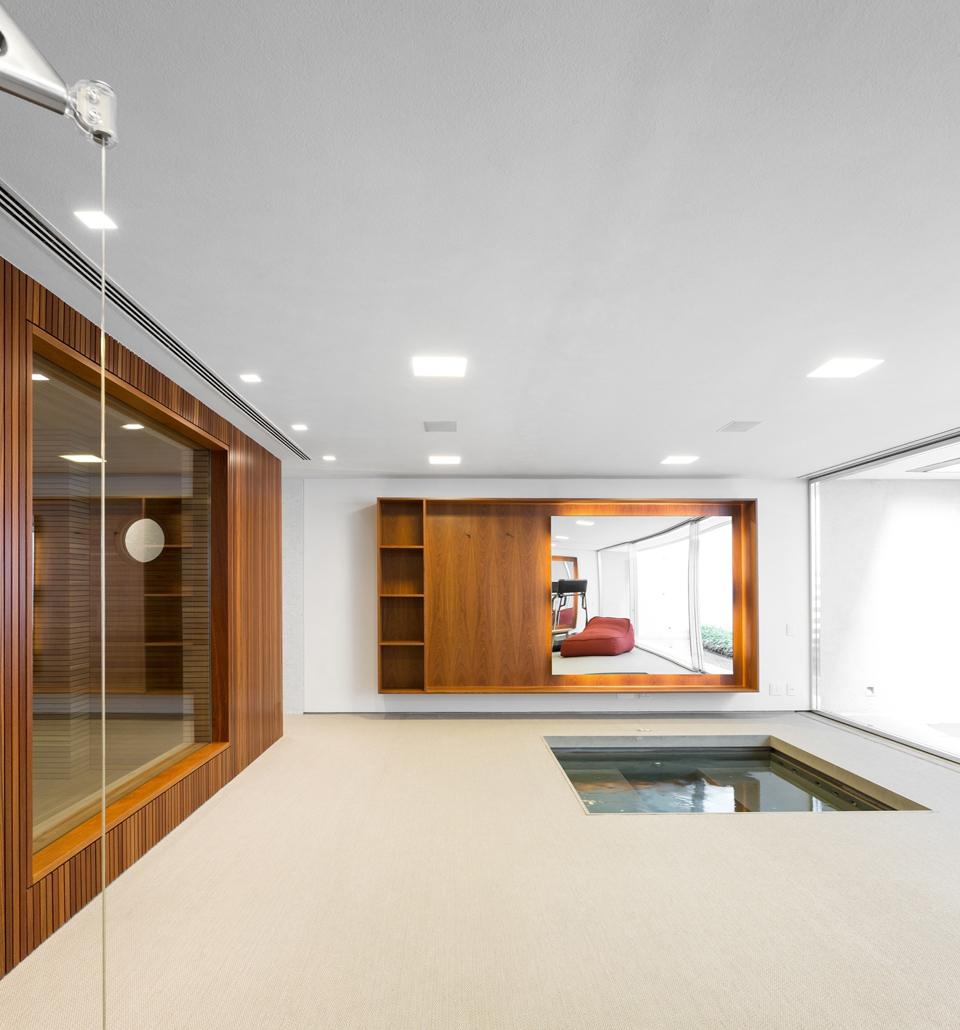 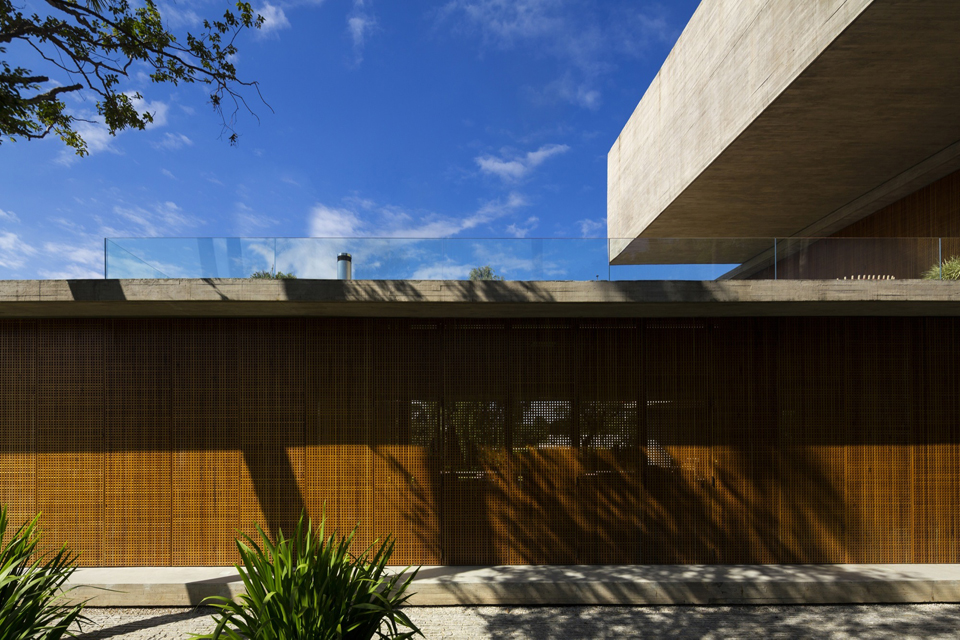 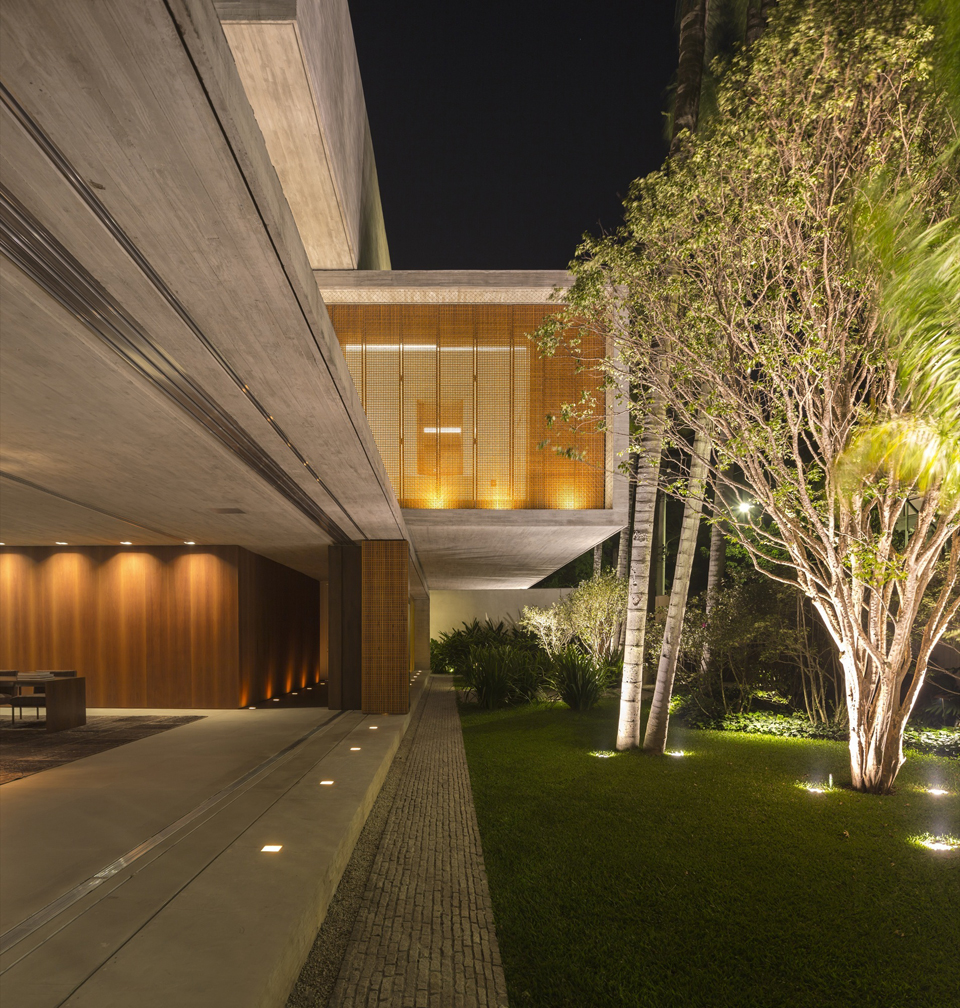 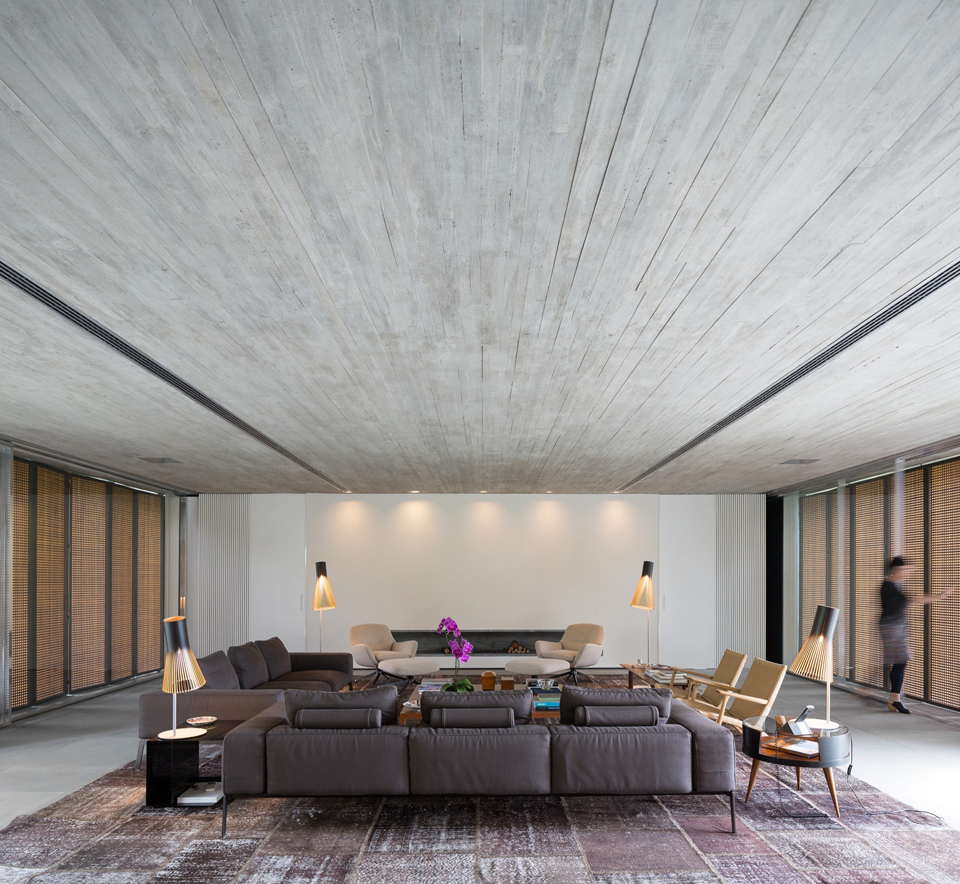 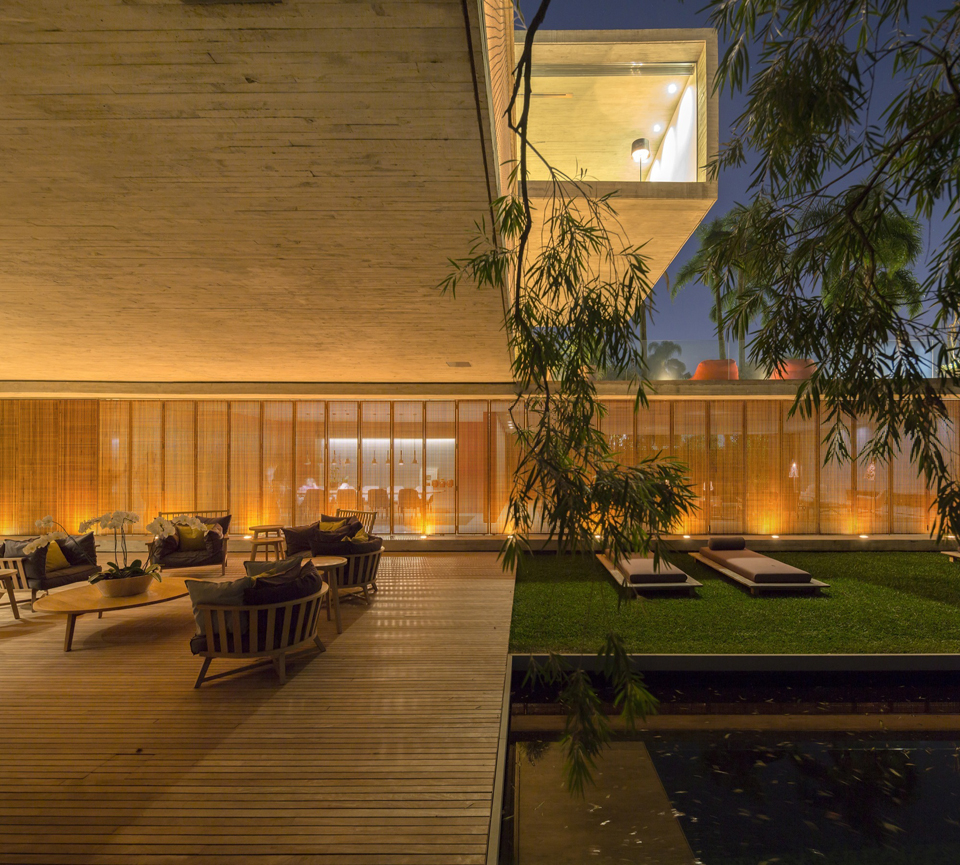 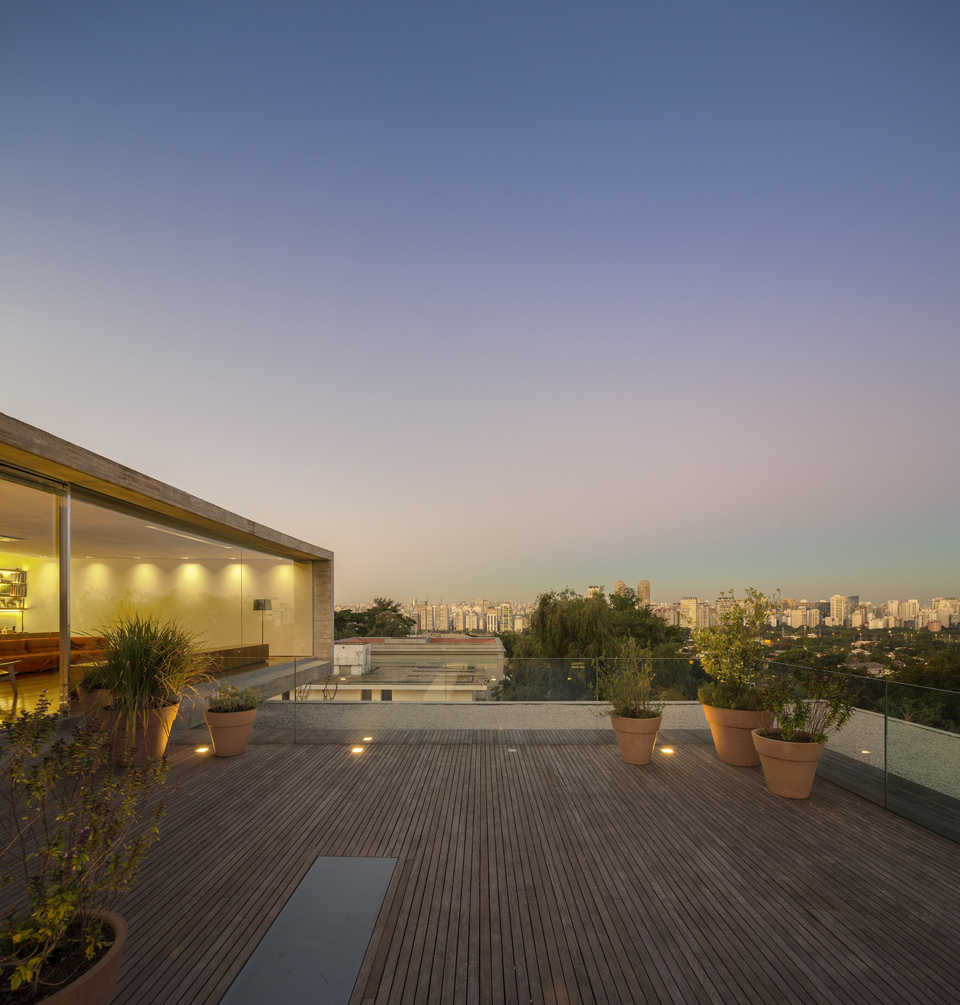 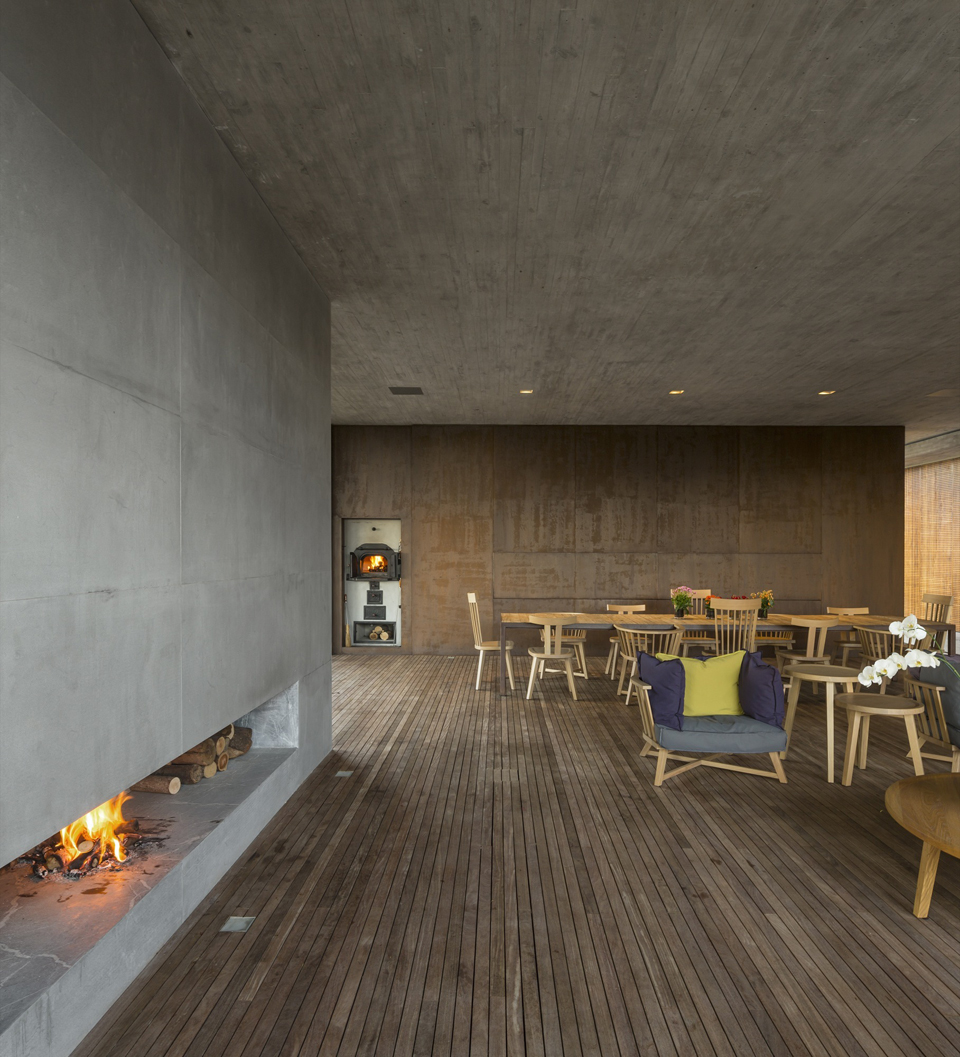 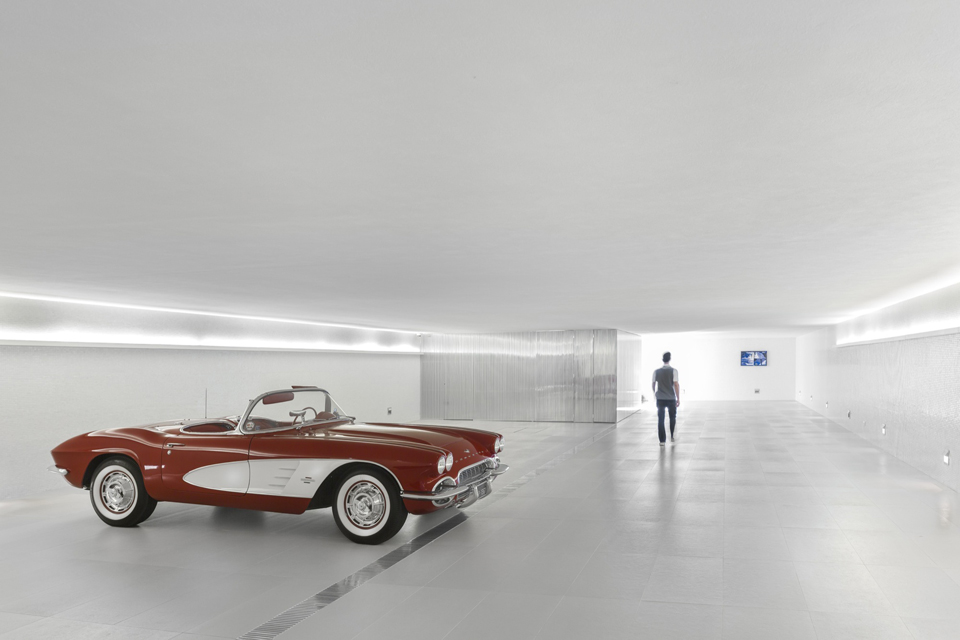 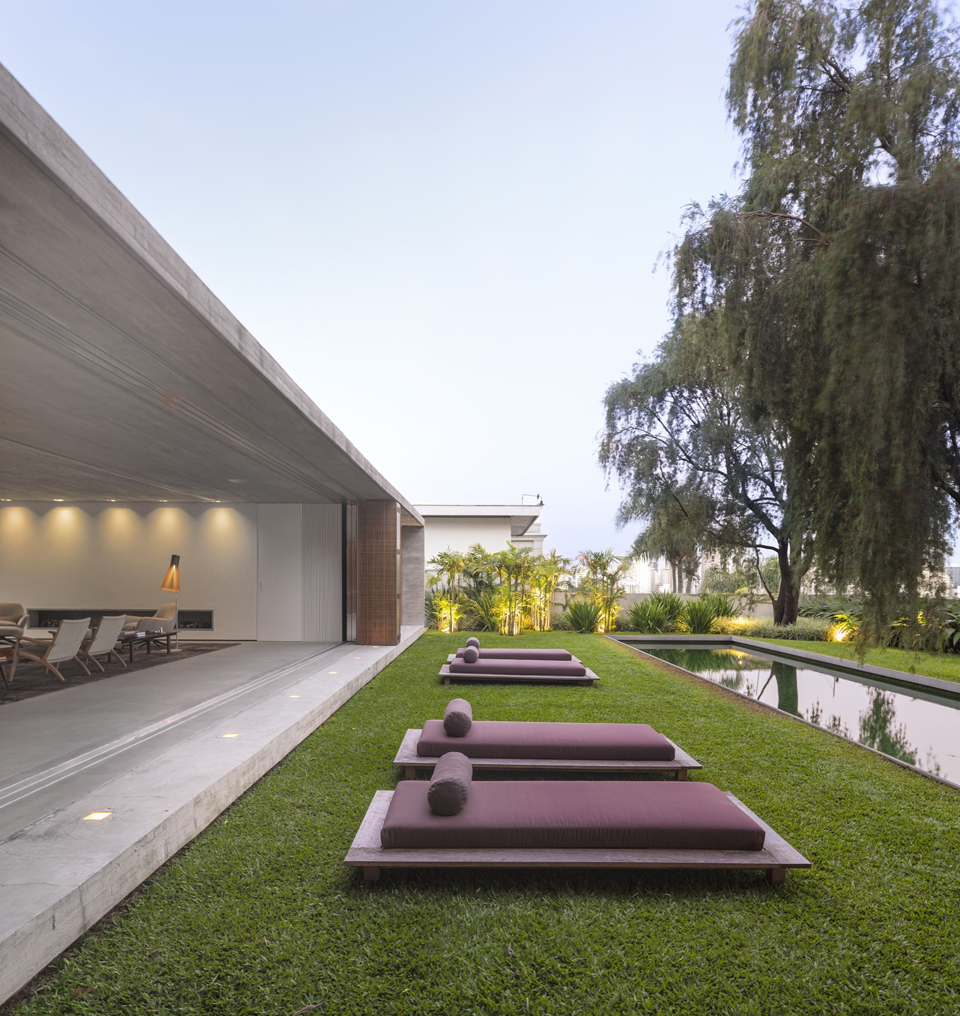 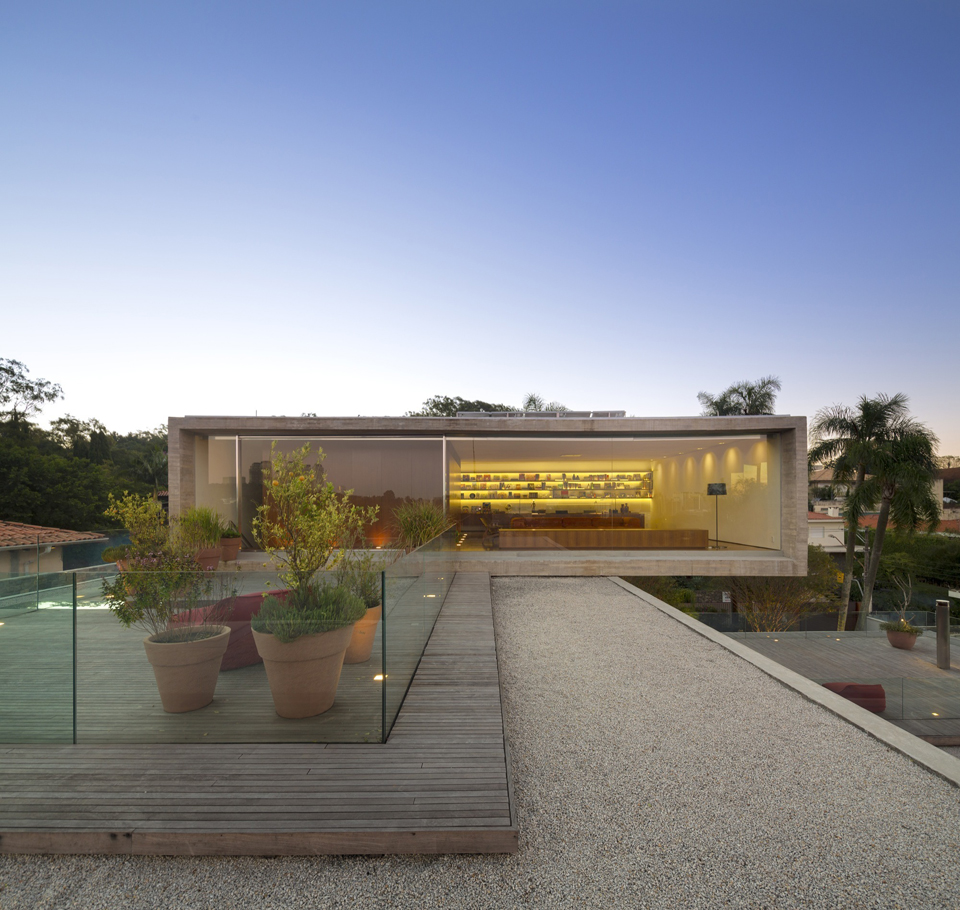 P House is an excessively large home located on the other side of the Pinheiros River, near the city of São Paulo, that has been described by its architects as a puzzle game. It features three rotating volumes around one central point that is said to generate a particular dynamic, along with views of the city, and the surrounding valley. Each section is made from bare concrete frames, while the living room and the bedrooms have been closed off by freijó wooden folding panels which filter the light and allow for permanent crossed ventilation.

Its monstrous 8320-square-foot footprint is spread over three floors, which includes a garden, terrace, home theater, dining and living rooms, washroom, kitchen, four bedrooms, office and family room. Hidden beneath the house, there is also a garage, laundry room, various utility rooms and a private gym. All of these rooms are wrapped around a central staircase, which has been built into a structural wall and acts as the “nucleus” of the project.

Unlike similar projects which blur the barrier between internal space and outdoor areas, the volumes of P house have been developed to create constant and distinct relations. As described by the architects, “The result strengthens interactions, the crossing of eye views and vectors through the garden: eyes that see the view and the treetops around the pool, eyes that are turned back to the house itself, its volumetry and, above all else, to its own life.” [photography by FG+SG – Fernando Guerra, Sergio Guerra] 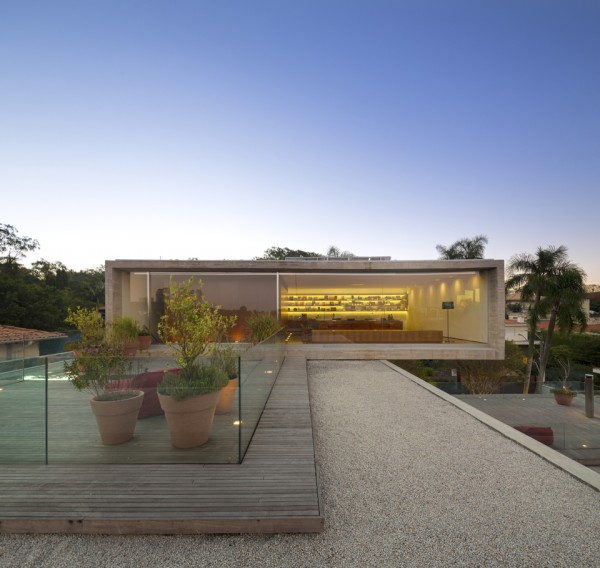 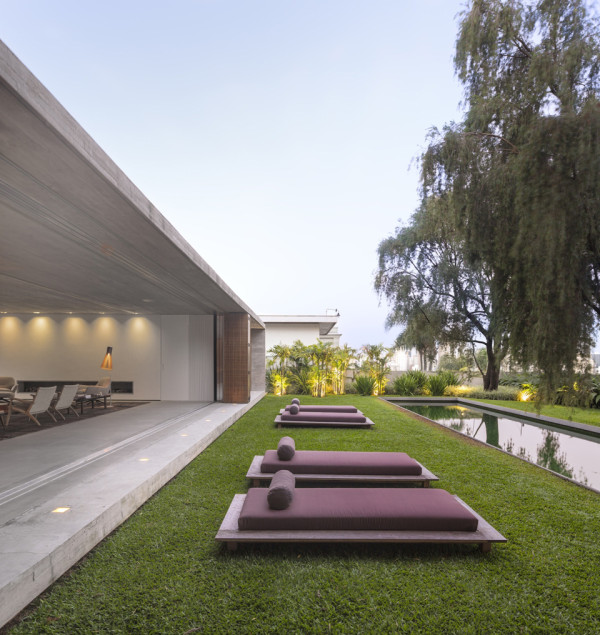 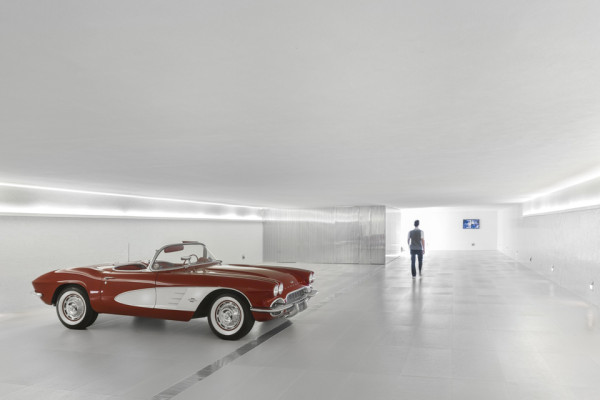 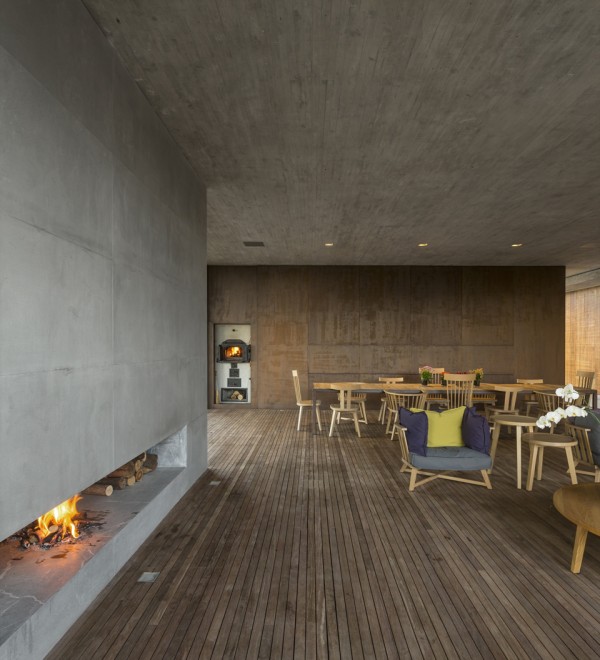 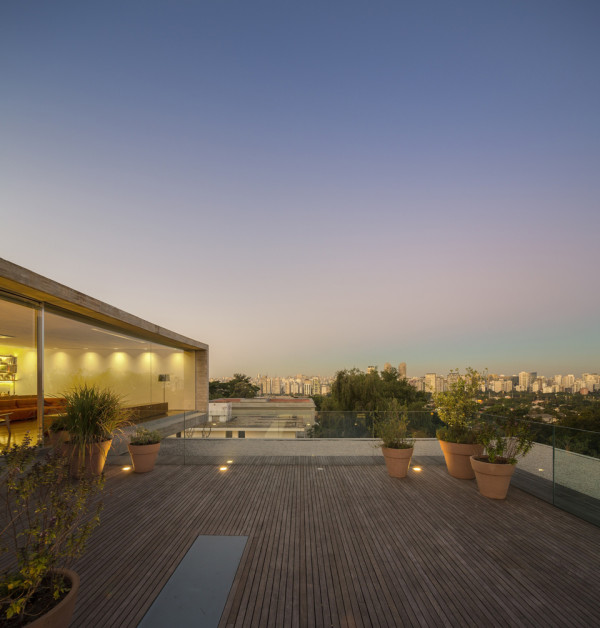