In The Cloud: The 14 Best Weather Apps For Your Phone 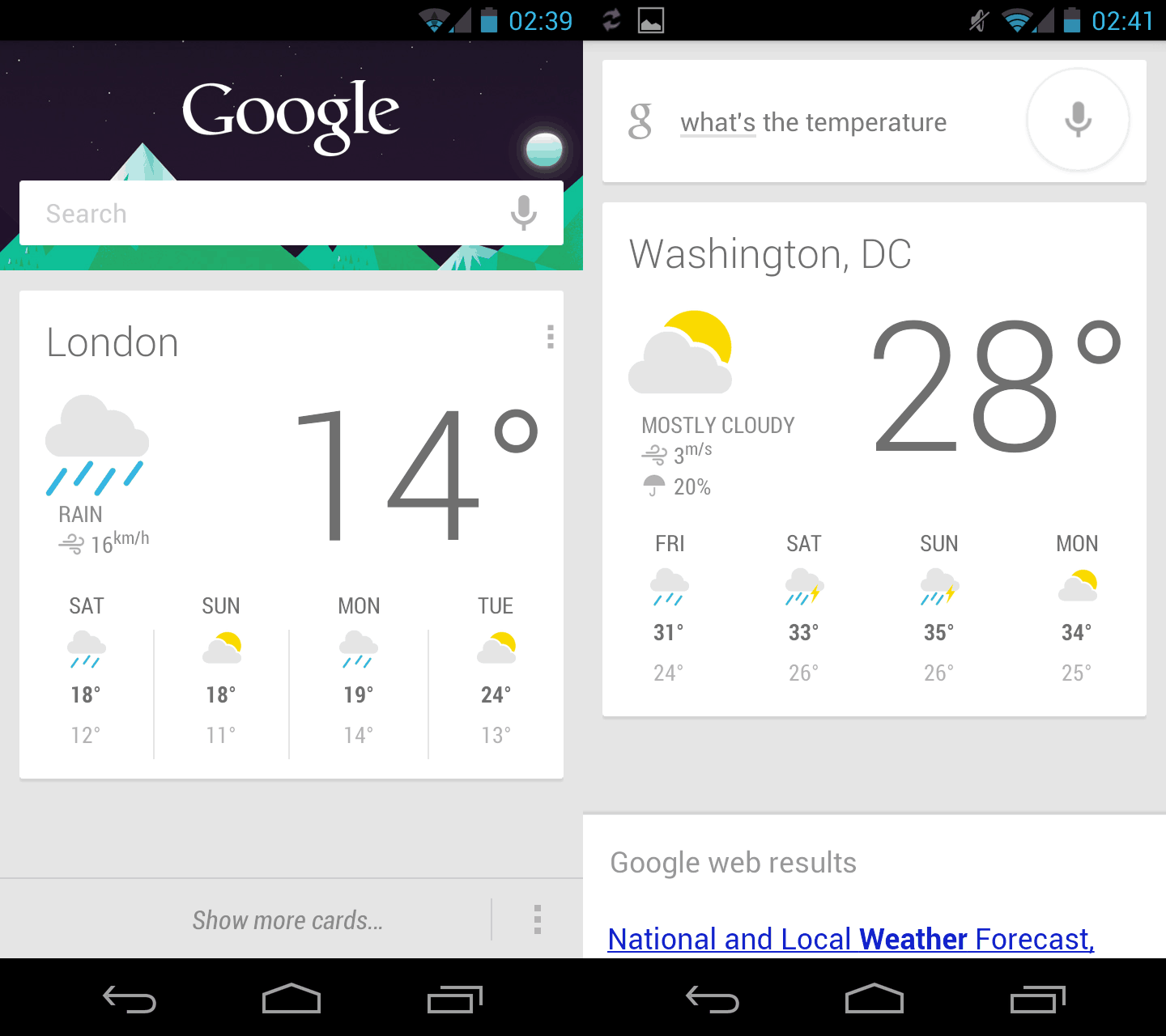 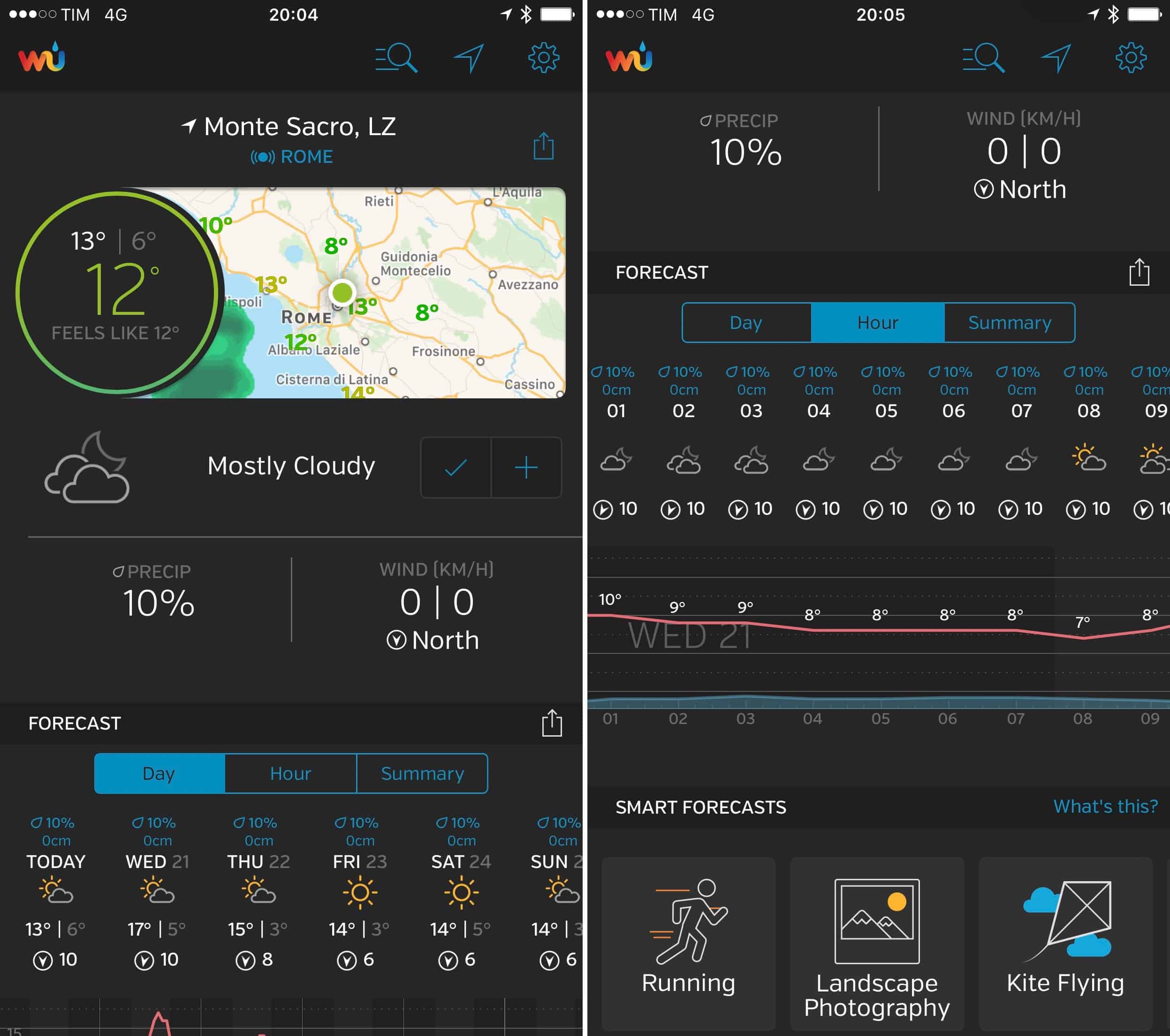 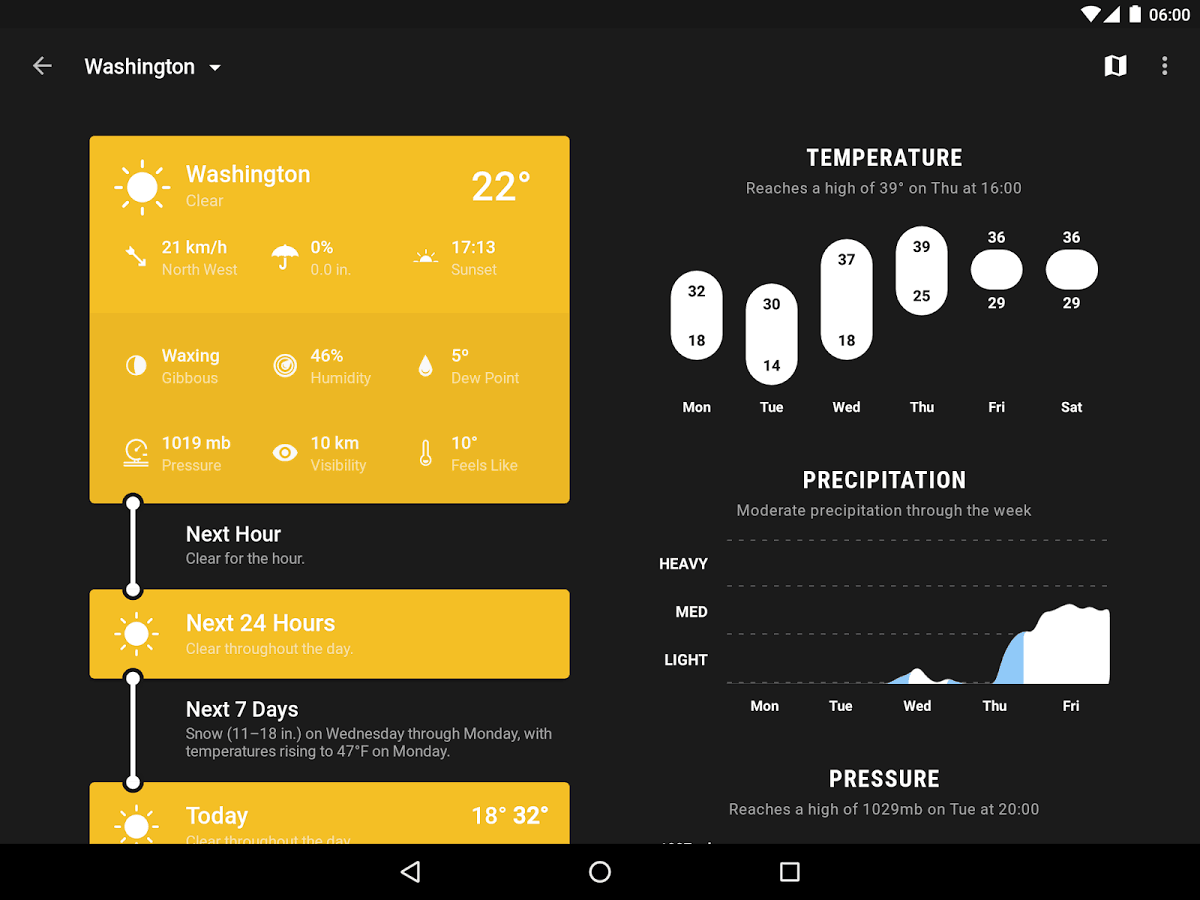 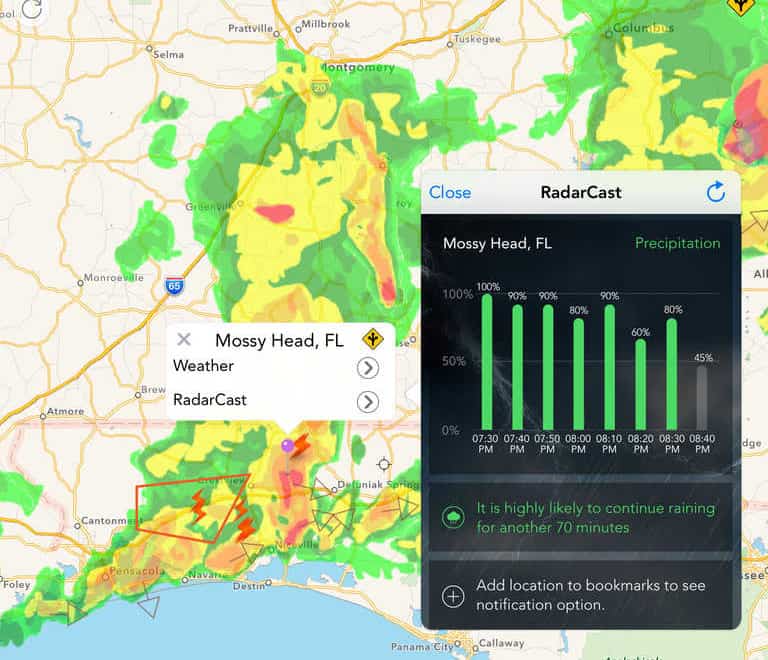 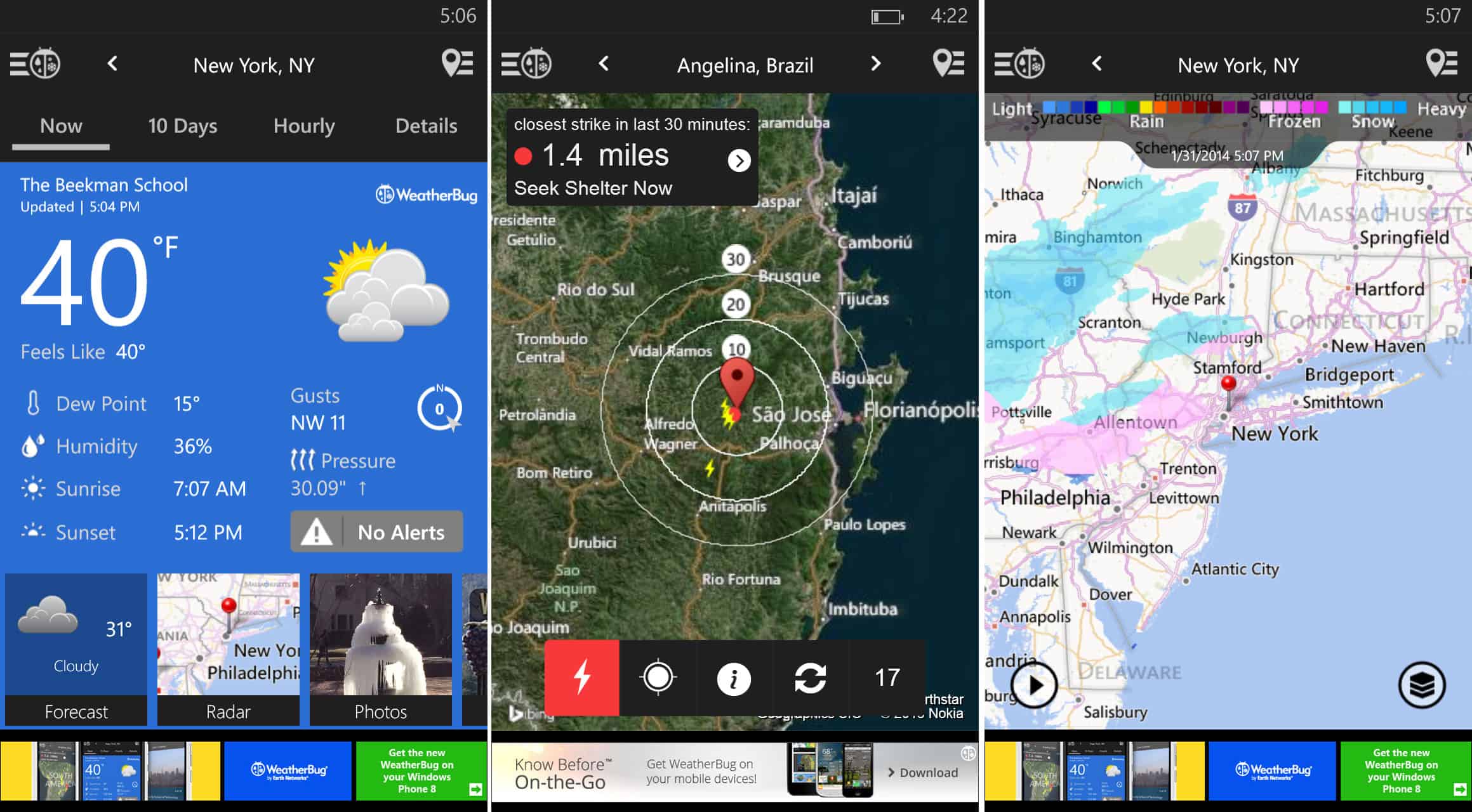 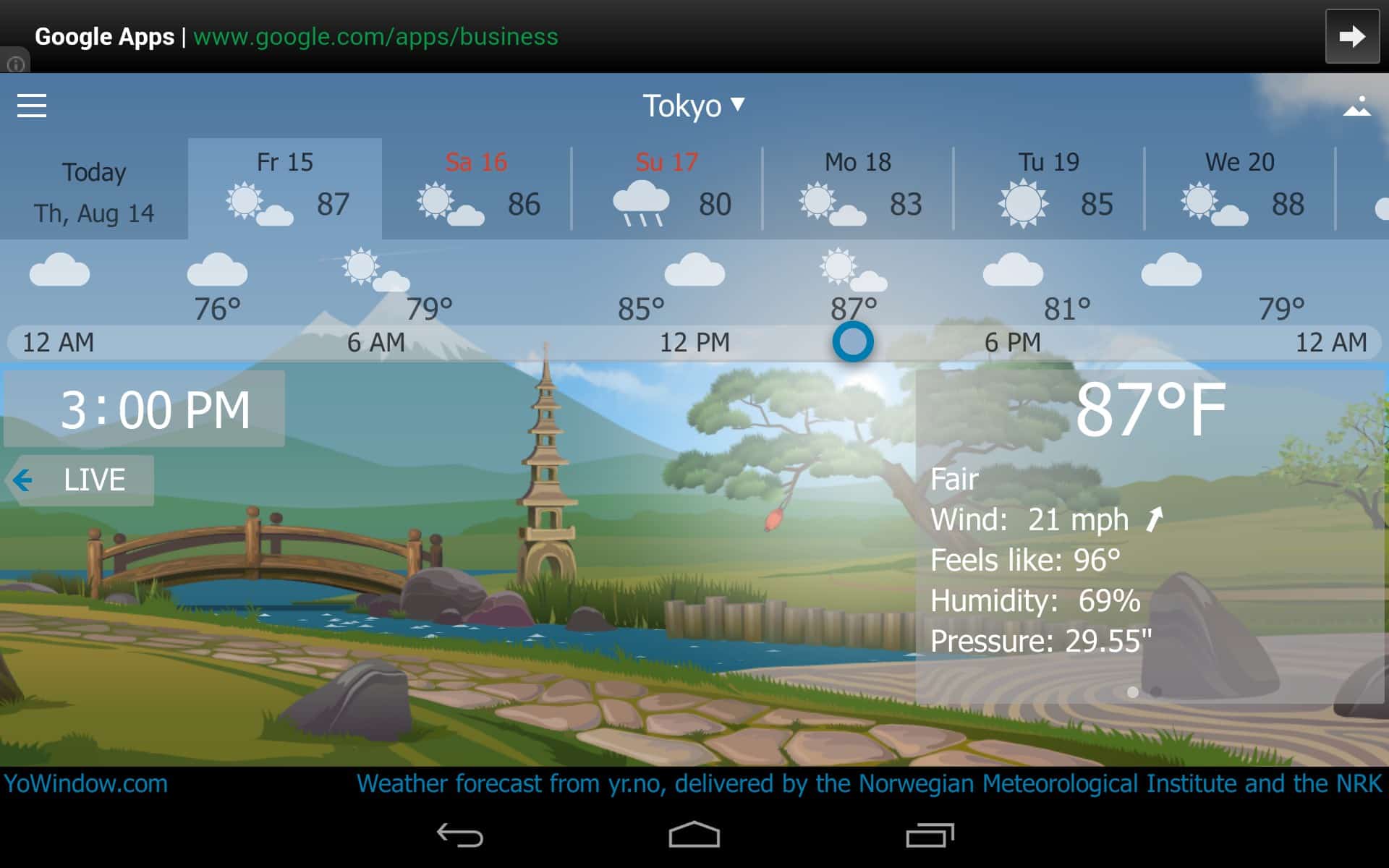 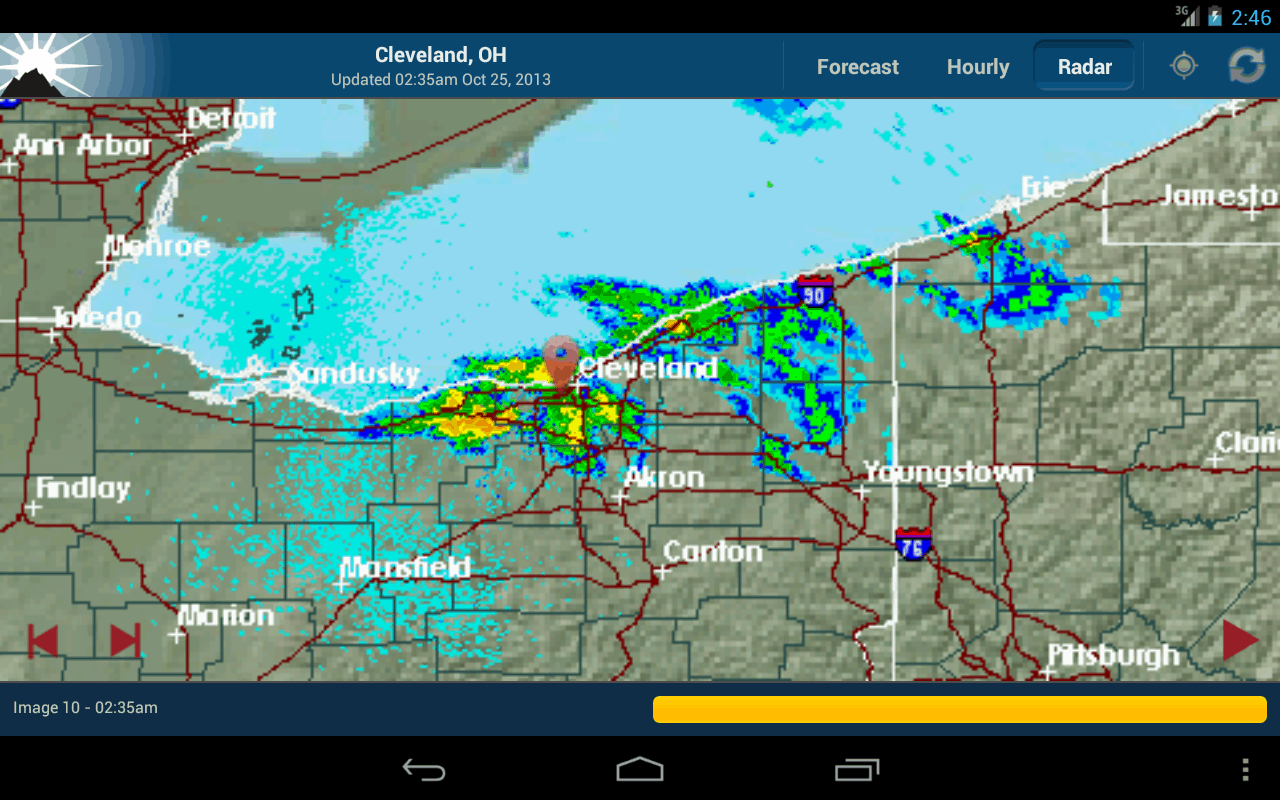 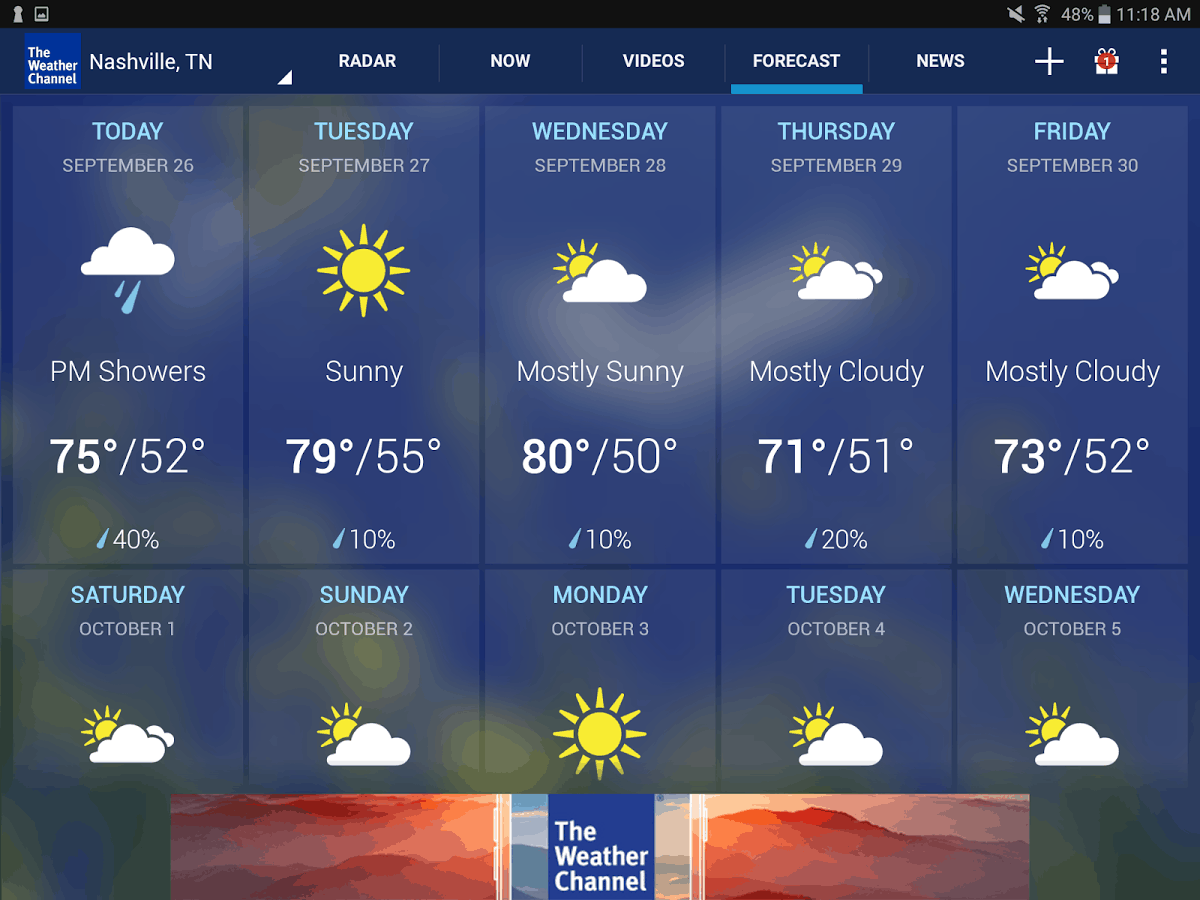 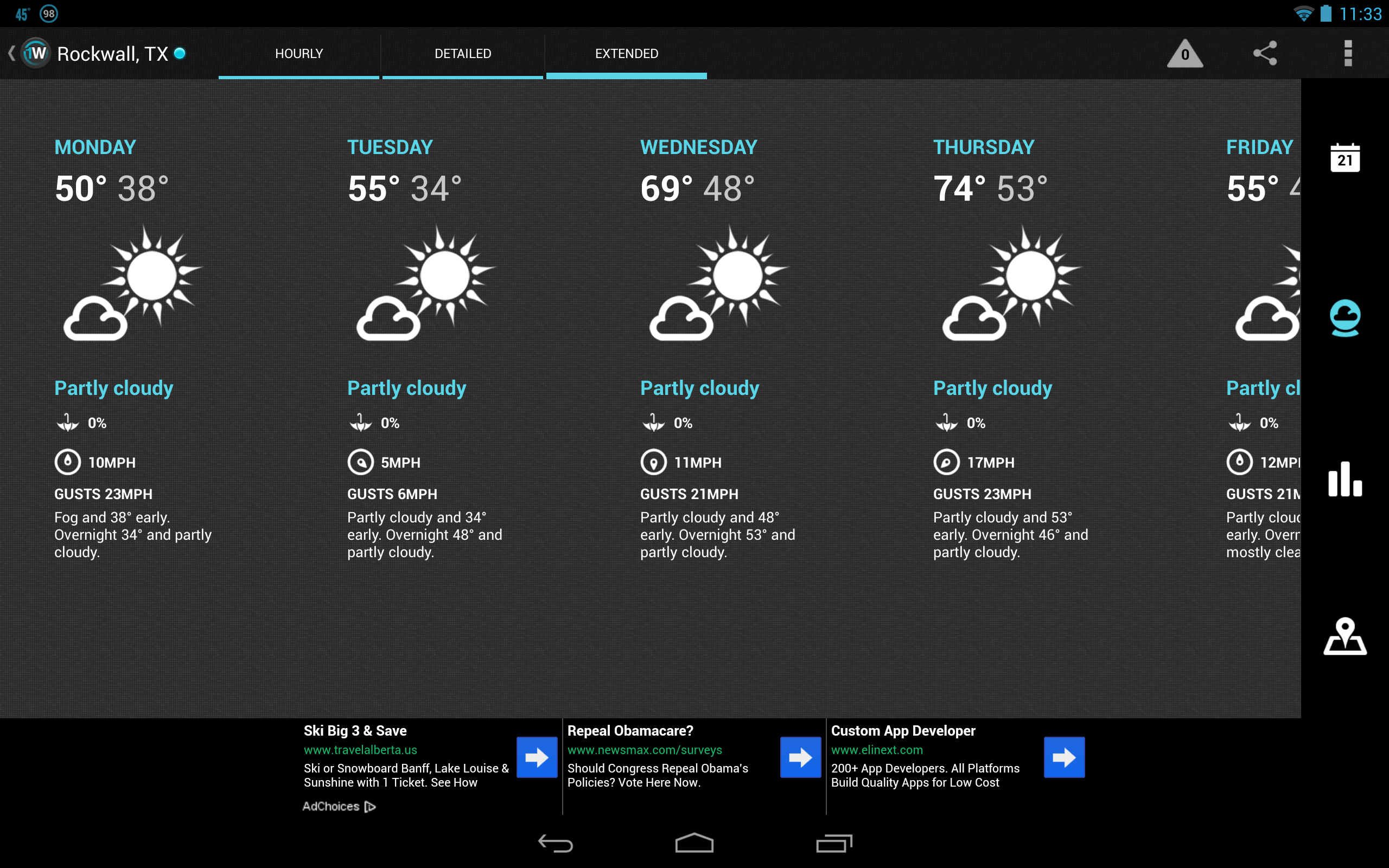 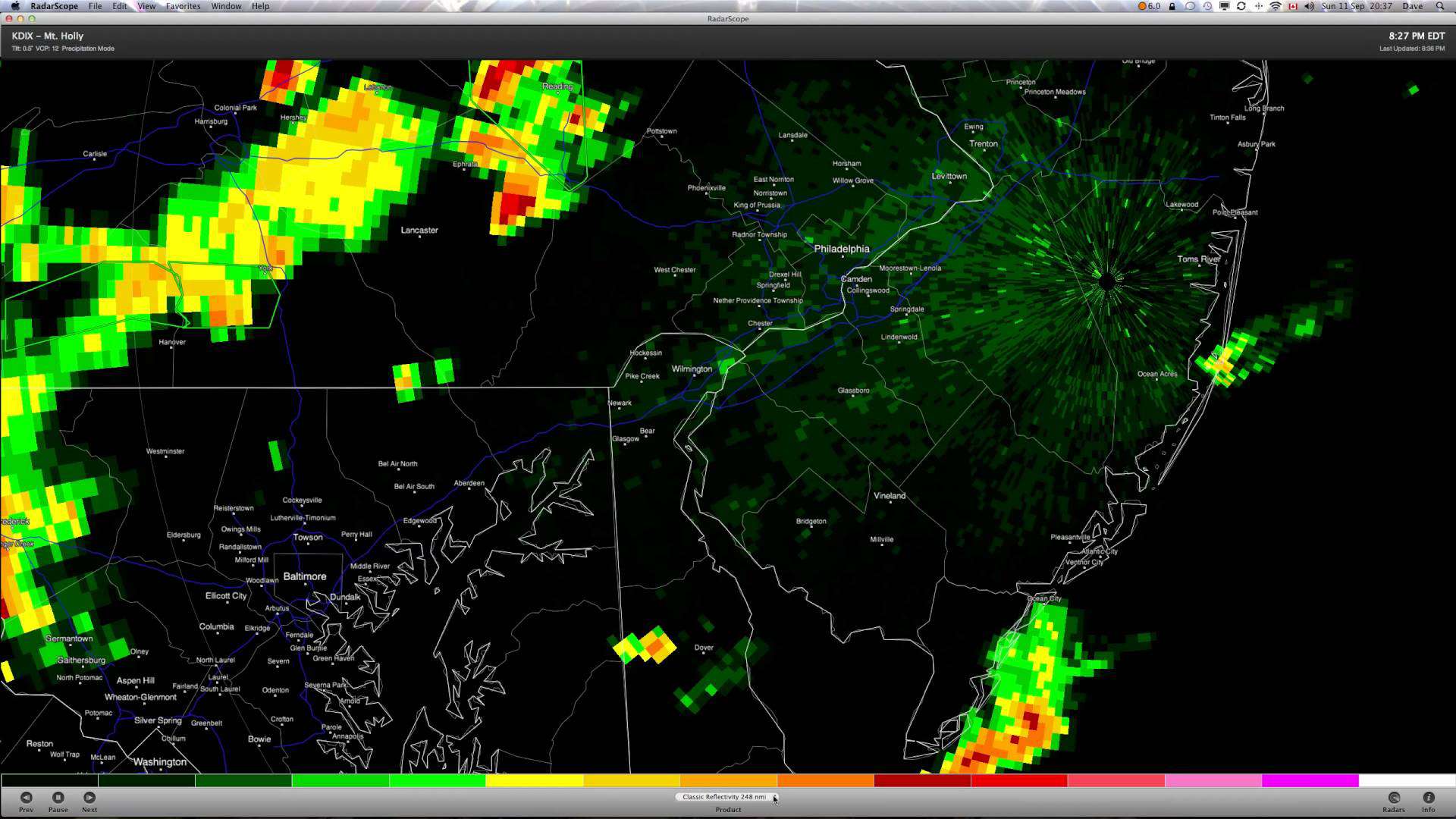 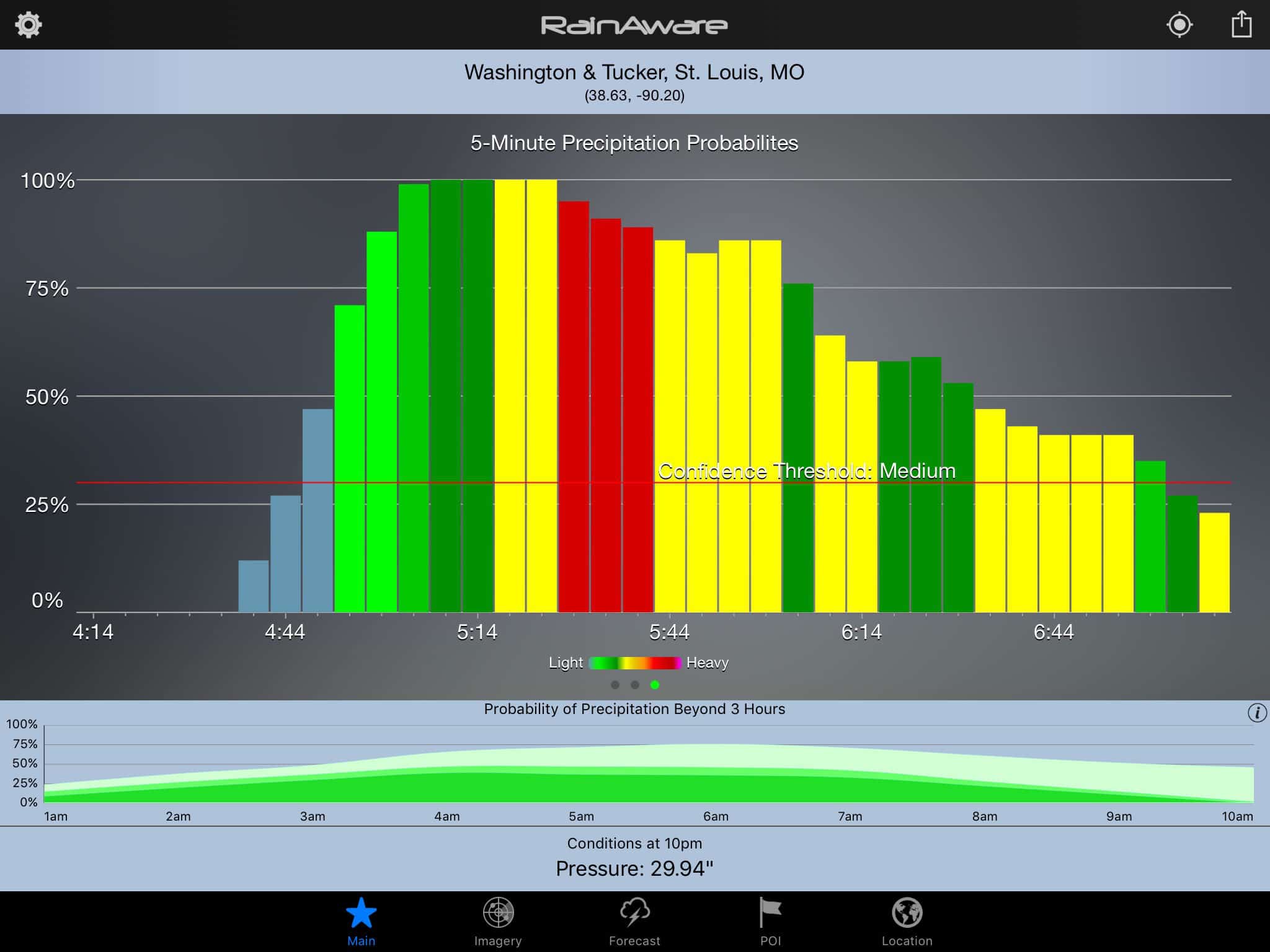 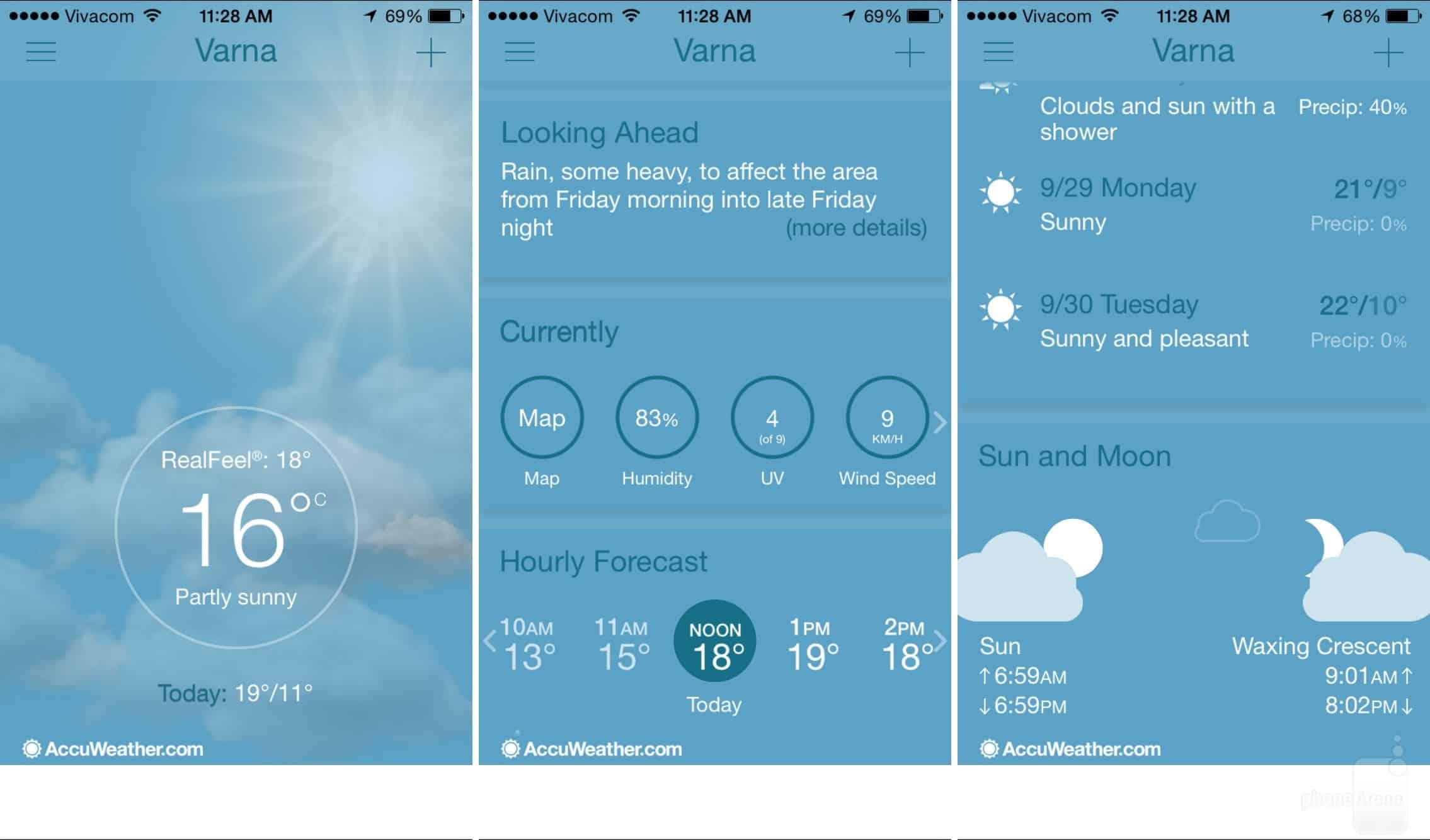 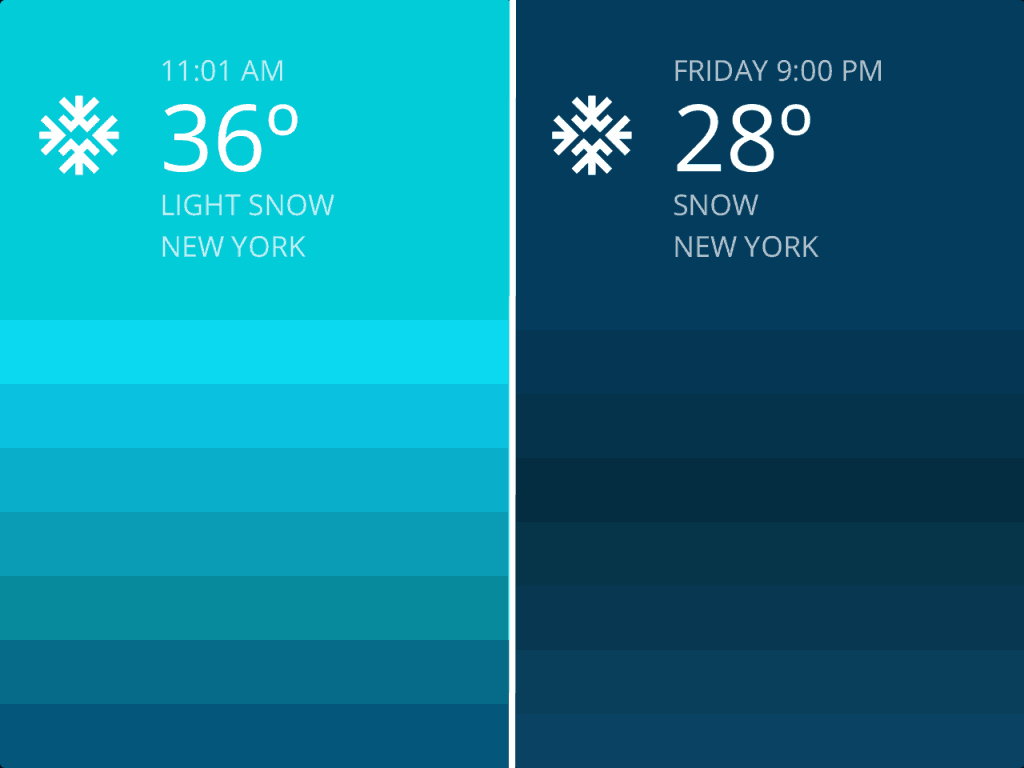 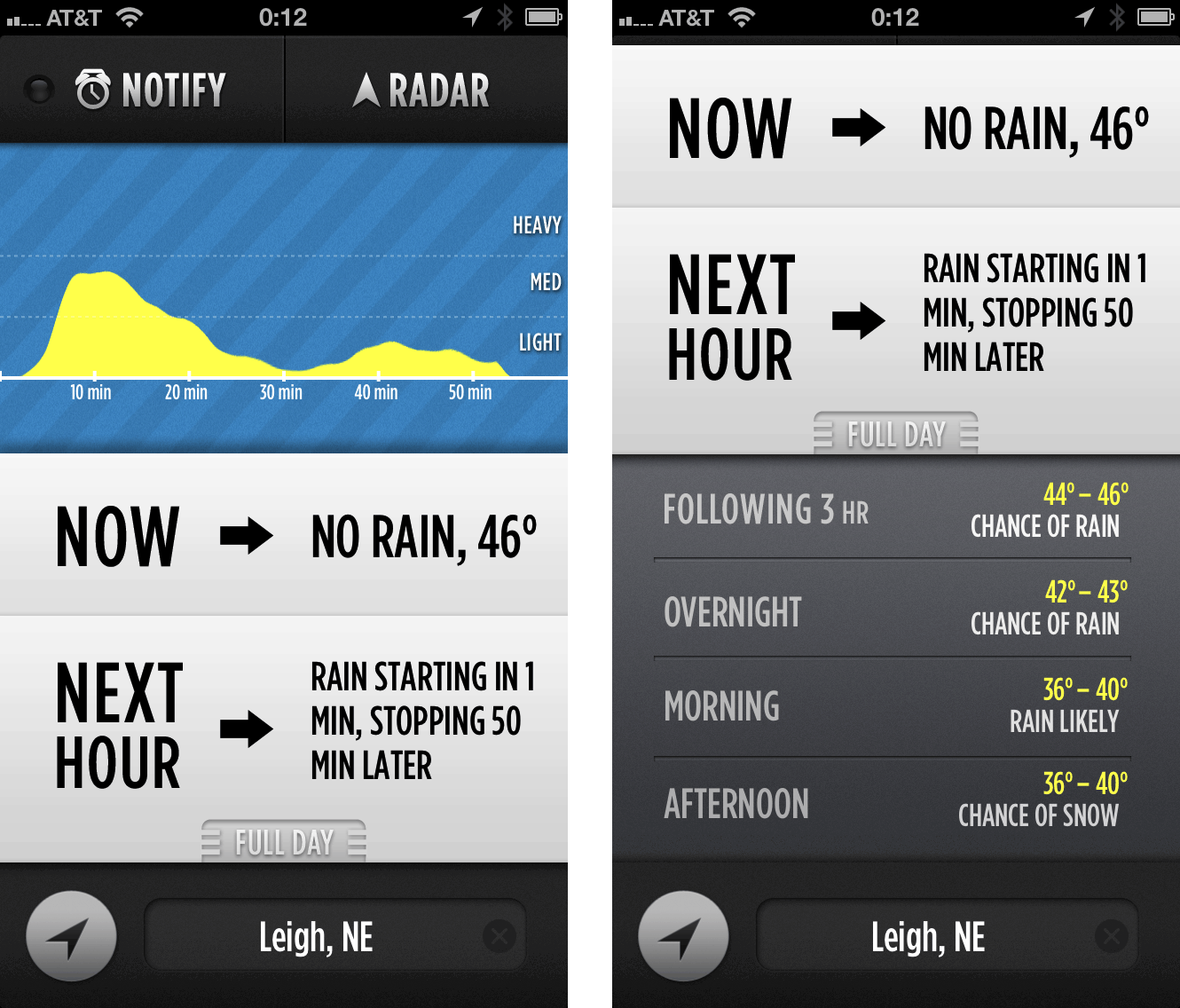 Asking for an app that can tell you the weather is a bit like asking for an app that tells you the time. There’s a few million options out there, each one intended to do the same basic thing, but going about it a slightly different, and sometimes frustrating way. If you have the time and the energy, we suggest you feel free to try every single option out there to find what works best for you. If you don’t have a few hundred thousand man-hours to spend on that, you can just start with the ones we found worked best.

“Best” is always a relative term, and in this case the definition is extremely broad. The best app for you is the one that tells you everything you want to know in a way you understand and is easy to use for you. Since that’s different for every person, we opted for the apps that worked most reliably in most conditions, gave us a lot of information that we could customize, looked and worked naturally, and improved every trip we took outside. At the very least, these are the 14 best weather apps to get you started.

Suffering due to its yearly subscription fee, Dark Sky is nonetheless a spectacular app that is well worth the $3 a year. It has some of the most advanced radar you’re likely to find, beautiful visuals that illustrate the rapid minute-by-minute weather updates that let you know the moment the clouds burst or the sun comes shining through. Everything about it feels far more devoted to professionalism than others, and the features run deep. If you’re serious about weather tracking, this is the only real choice.

Those who want a quick snapshot of what they can expect from the skies done on a simple background will enjoy the basic work that Solar does. You won’t get much more than place and temperature with some basic condition info, but you also won’t be inundated with tracking data that doesn’t apply to you.

Most weather apps grab data off of the NEXRAD radar, which is adept at tracking large weather movements. Underground picks up NEXRAD but also provides information that comes from more than 200,000 private weather radar stations, making its radar overview more enhanced and precise than most other options. You’ll get more local weather and a dose of quick accuracy that most other apps lack.

If data makes you happy and you can never miss out on every possible tracking mechanic available, then AccuWeather will probably be the app for you. Dew point, radar, wind speed, conditions, humidity, and nearly anything else you can dream up will be displayed here with fast-tracking of any changes in real time.

Driven by a desire to give extremely fast updates to your local forecast, warning you of storms, offering up projected start and stop times for rainfall, sunshine, and whatever else rolls in. You can get predictions that go out 24-hours, and can find some 7-day forecasting, but the goal here, as the name suggests, is mostly for storm tracking right where you are, rather than further projections.

It’s hard to call this a “Weather Tracking” app, since it isn’t the same as most of its contemporaries. Elite opts to give you nothing but radar readings, and little else. You won’t be grabbing a lot of slick visuals and cute predictions. Rather, what you’ll see here is true NOAA radar readouts from the past two hours, along with future projections that you won’t see rendered as well on any other app. Note that you must know how to read radar, or this won’t help you much.

If RadarCast Elite is a little too technical for you, or you simply want to get a lot of features, the price of Radar Pro shouldn’t be overwhelming. It offers the ability to push updates to you should rain or shine be headed your way, which is a feature almost no other weather app can claim. It provides radar maps that have a kindlier layout than RadarCast offers though still using the same NOAA system and pumping up the bells and whistles.

A serious workhorse in the weather app industry, there’s not a lot of smashing looks or pretty interface to be found here. Instead it is able to track weather in multiple locations that can be saved to your device, and offer up all manner of graphing information, daily forecasts, and deep dives into all the places you’re monitoring.

What’s great about the Weather Channel’s app is not the accurate information, though it’s certainly one of the most clear and concise predictors around. The part that really makes it useful is the social aspect that allows people to tell the app when it’s right or wrong by offering real-world feedback. Being able to get info from boots on the ground is better than all the machines Skynet can dream up.

1Weather has been around for ages, and while that can make some apps feel dated and clunky, OneLouder Apps who makes 1Weather has done a stellar job of adding and subtracting features while keeping each update feeling fresh. Completely free unless you want to spend the $0.99 to remove ads, this has one of the biggest feature sets you’ll see unblocked by a paywall.

Used largely by private pilots, this is more than you’re going to want in an app, unless you long for radar as far as the eye can see. It goes deep with NEXRAD’s Level 3 tracking that goes beyond rain and snow to inform you about velocity, dual-polarization, and reflectivity. If those words are a mystery to you, this is going to be more app than you want.

A quirky app that’s extremely easy to read and playful, YoWindow doesn’t do anything heavy, but it looks nice and gives you the info you need without being too minimal. A nice basic choice for people who prefer things that look good and are fun to use.

Not really a weather app, if you want to know the basic outlook for the day, what to expect, and basic temperature stats, then there’s no reason to dig deeper than Now. It’s free, easy, and has more information if you feel like going digging for it. Otherwise it’s a basic, all-purpose grab for standard weather stuff.

An oldie but still a goodie, WeatherBug has gone completely free and is one of the most enjoyable and informative apps to use. It has an array of widgets and notification alerts that you can customize, gives you just enough to be covered or loads of info right at your fingertips. Generally a good all-around app that provides a balance of information.