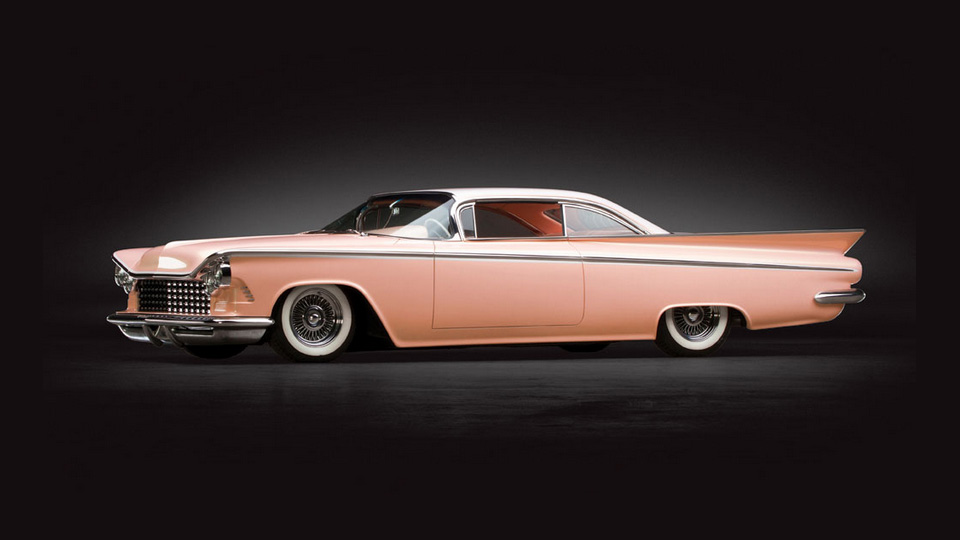 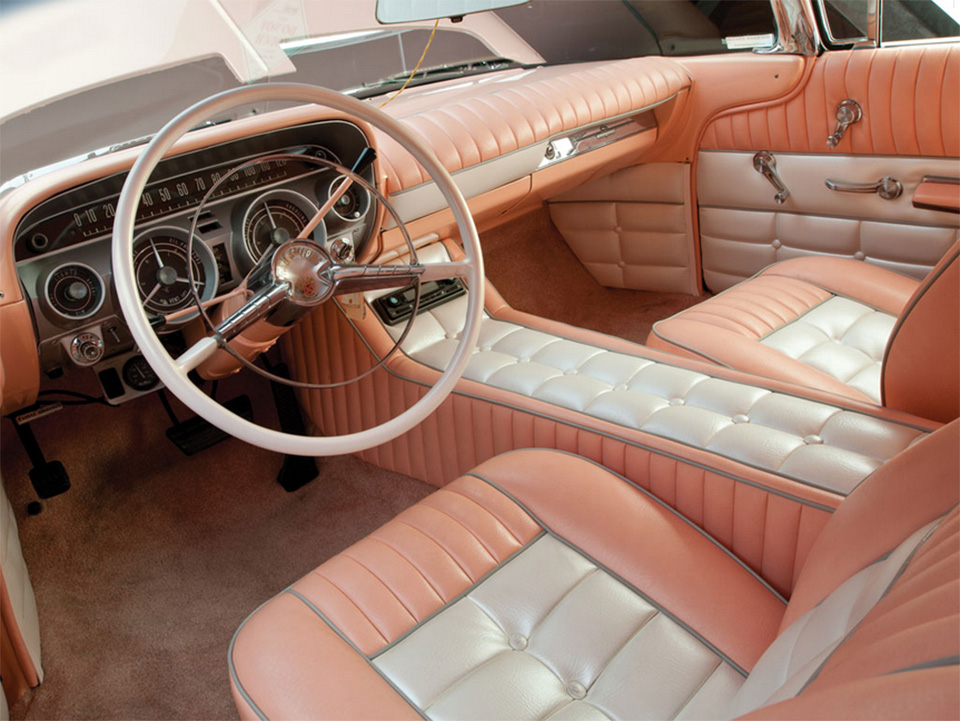 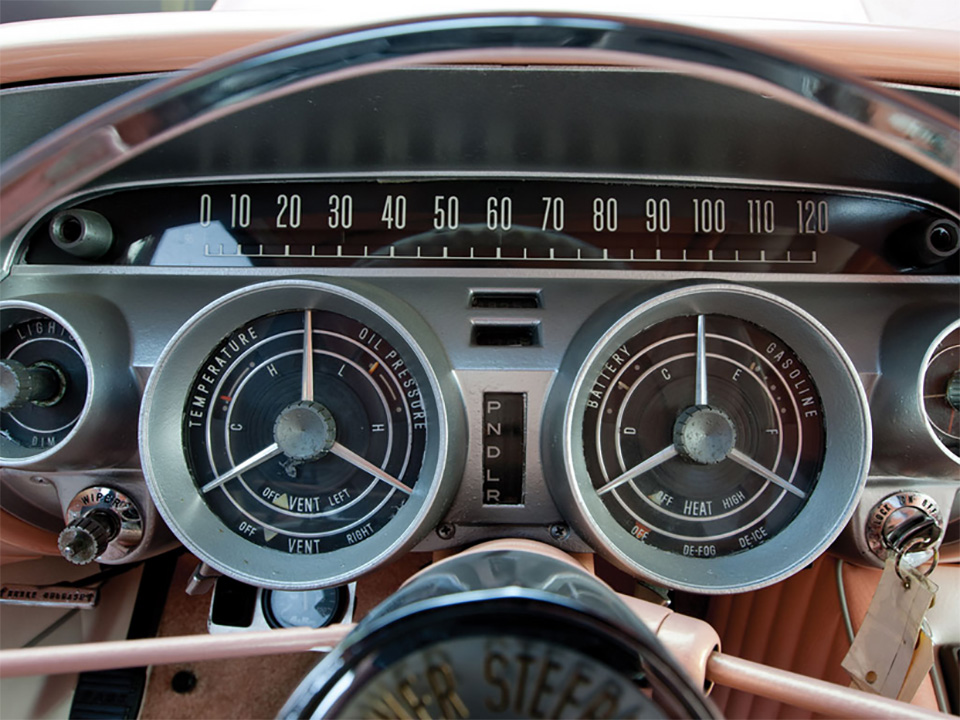 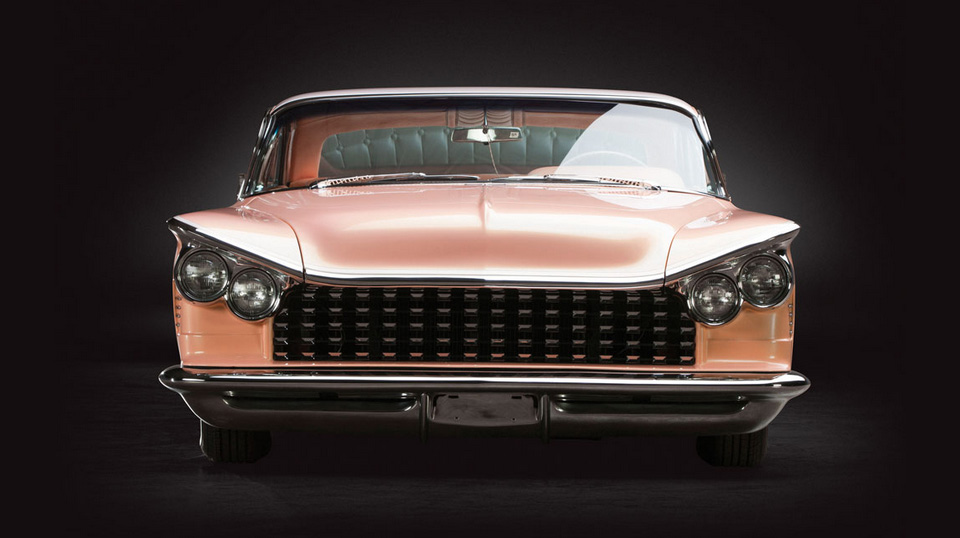 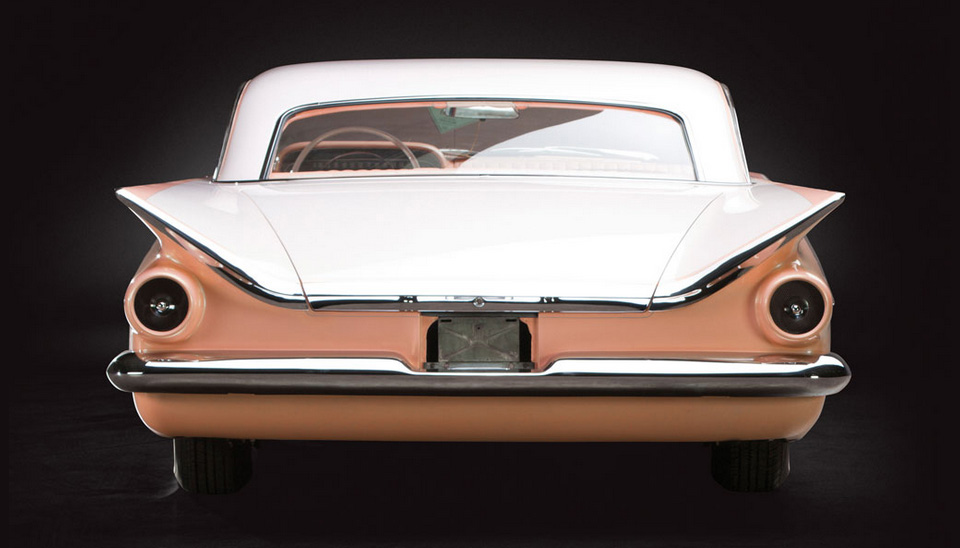 It might as well be a sculpture. This brash caricature of 1950’s design is a genuine work of art, one that the gods gave an engine just so it could show itself off. The 1959 Buick Invicta Hardtop Coupe “Peaches and Cream” may be innocently named, but this collector’s car is much sassier than sweet. It’s a heart-breaker, the type of design that’ll show you a good time and never return your calls, but you knew that the moment you opened the door.

The 1959 Buick Invicta Hardtop Coupe “Peaches and Cream” is the custom craft work of celebrated designer Richard Zocchi. Zocchi rose to prominence in the second half of the century by re-imagining some of the most iconic works of the 1950s. Just when cars were getting smaller, safer and more efficient, Zocchi pushed the envelope with bold revisions of American classics. His work became a driving influence in the hot rod movement, and this “Peaches and Cream” Invicta shows precisely why.

Despite Zocchi’s influence on the hot rod movement, this Buick Invicta is about as “un-rodded” as you can get. Many hot rods embellish the original model by adding to its design, but Zocchi’s work on the Invicta is minimal, an example where less is clearly more. The grill is simplified. The hood ornament is removed. The roof line is dropped. It isn’t just a condensed and simplified Buick Invicta, it’s a perfected example of Buick’s original aim without the fluff and branding.

Inside, Zocchi left little of the 1959 Buick Invicta Coupe to its original design. The instrument panel, steering column and glove box are original, but the remainder was upholstered with bubbly “peaches and cream” leather throughout. The interior doesn’t have the same charm as the car’s body, but skin-deep beauty certainly suffices in this case. If you were lucky enough to own this one-of-a-kind cruiser, you probably wouldn’t spend much time in the interior anyway. This isn’t the type of vehicle you take for joy rides. It’s a sculpture that you park in a clean, private space with moody lighting and enjoy to yourself. At least that’s what I’d do with an oil baron’s bank account.

If you should decide to take this 1959 Buick Invicta Hardtop Coupe for a spin, you’ll be pleased with its performance. It’s powered by a 325 horsepower Nailhead V8, built into a lowered suspension with plenty of handling upgrades. It’s still firmly in land yacht territory on corners, but when you slam on the gas on straightaways, you’ll feel a little of the grease lightning you were hoping for.

For as rare and remarkable as this Richard Zocchi artwork is, it is both available and surprisingly affordable to one lucky collector. It will be auctioned off in November by RM Auctions during the Sam Pack auction in Dallas, Texas. The reserve is set between $40,000 and $60,000, a surprisingly low sum given the masterpiece that this vehicle is. There are many desirable cars that will go under the gavel in Dallas, but none as radical, as weird as this little firecracker right here.