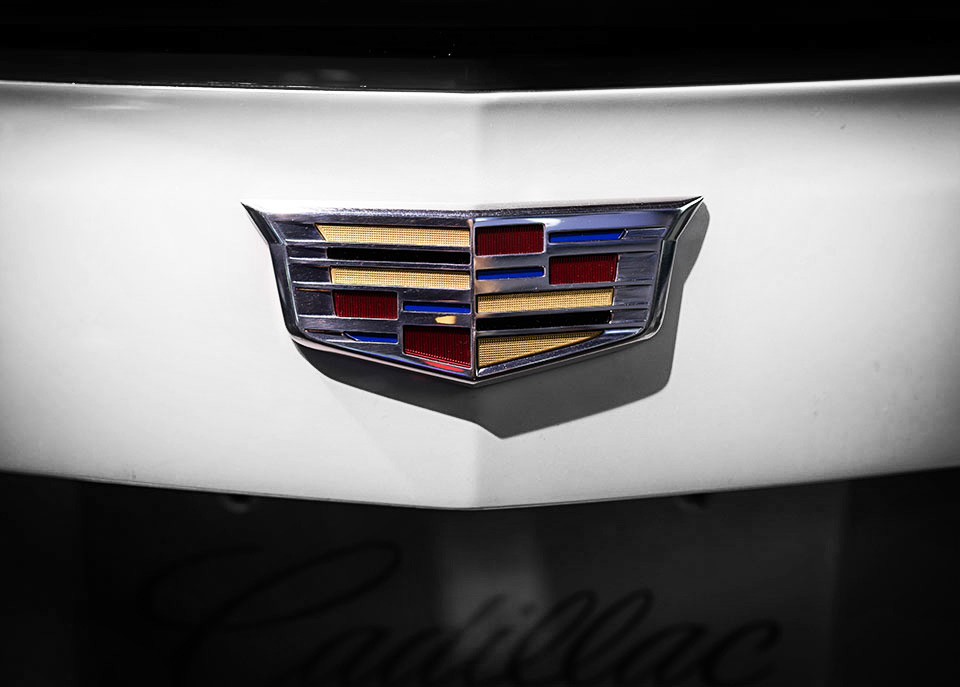 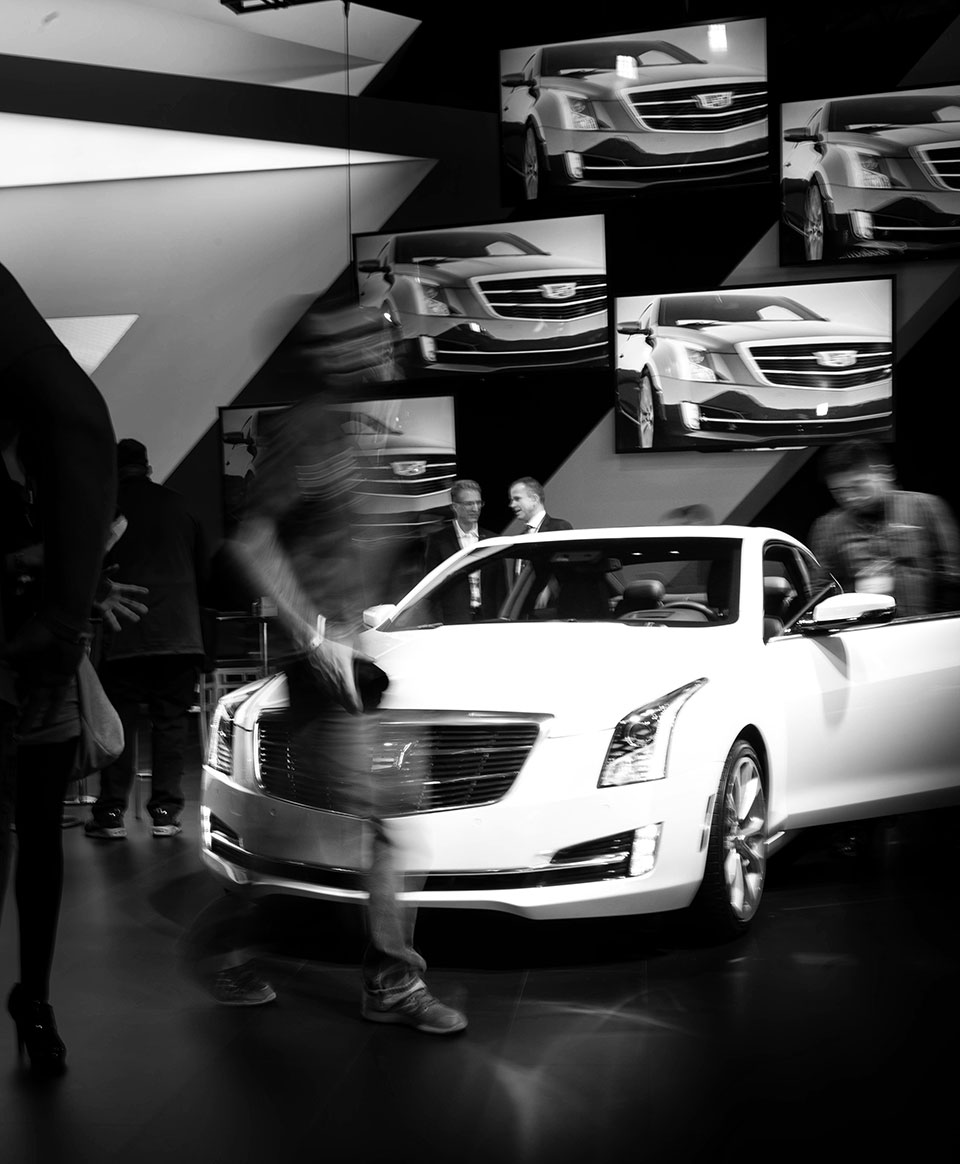 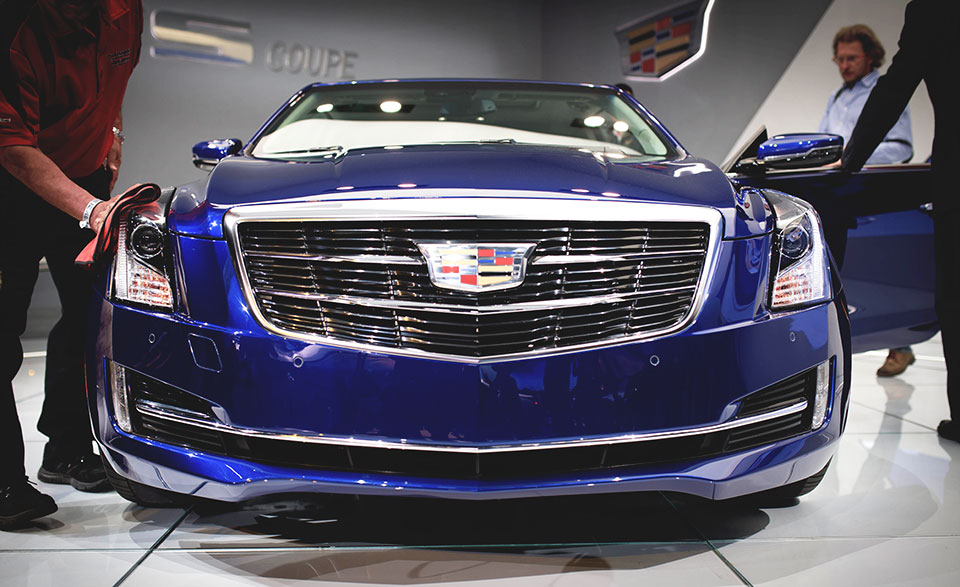 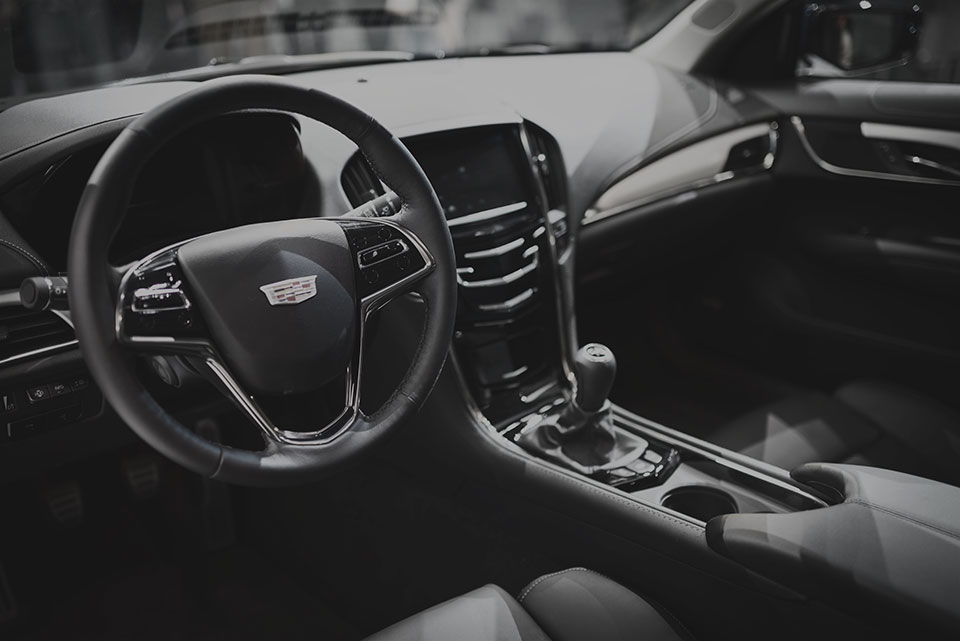 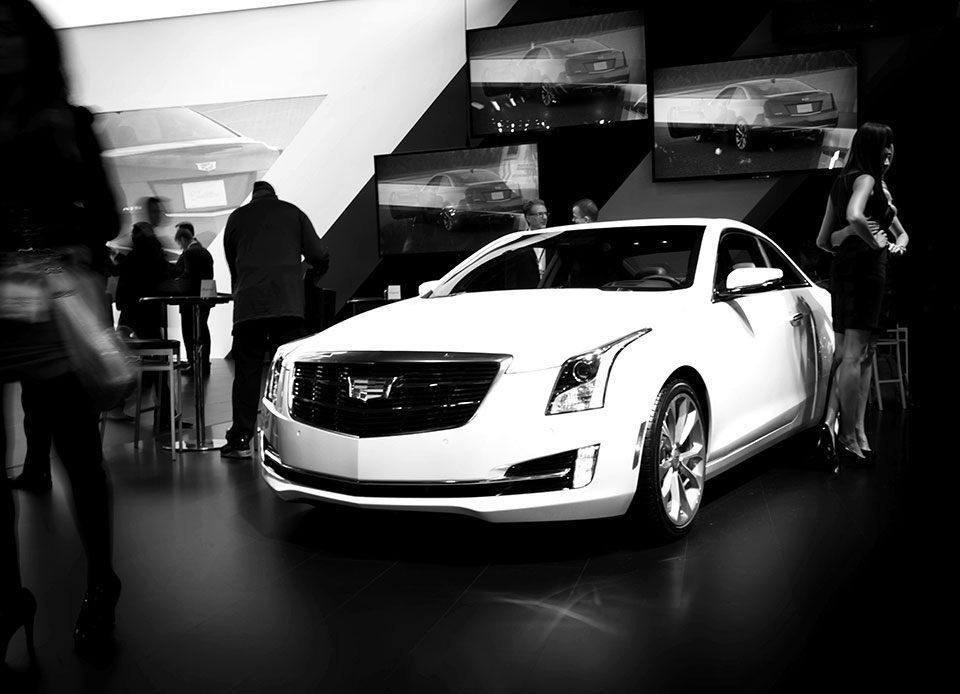 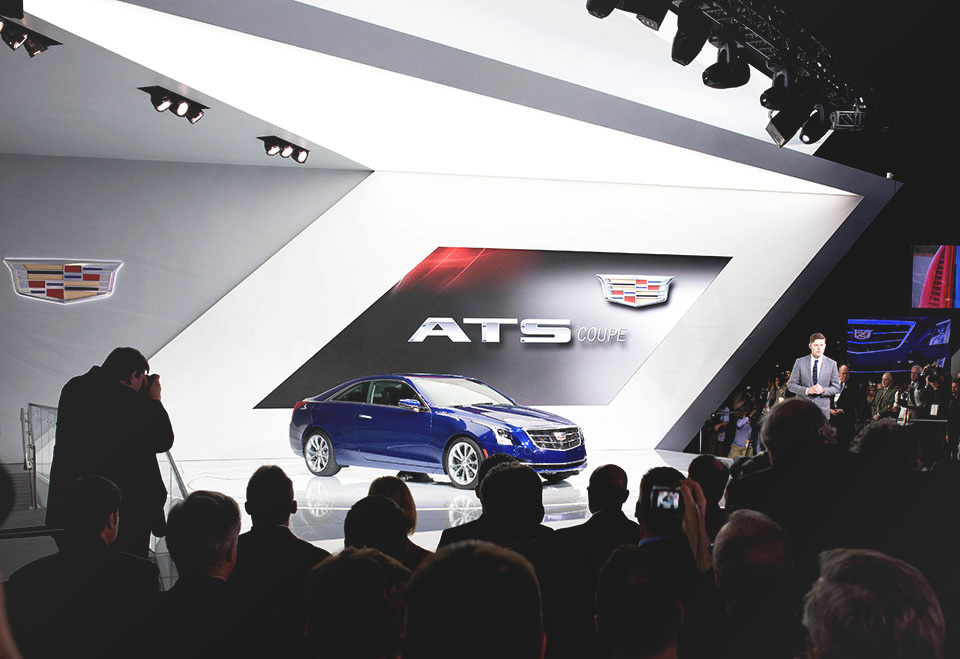 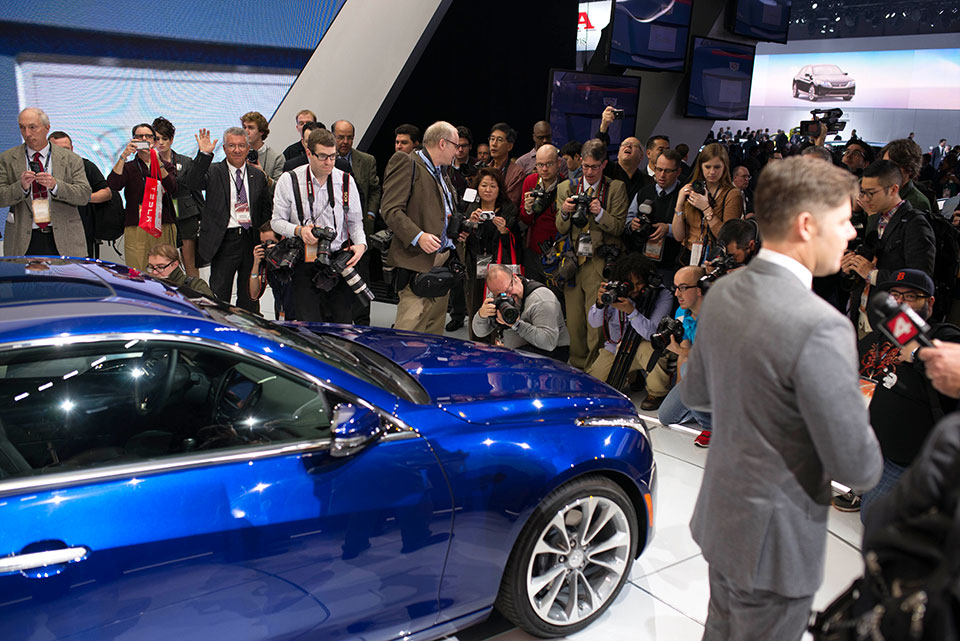 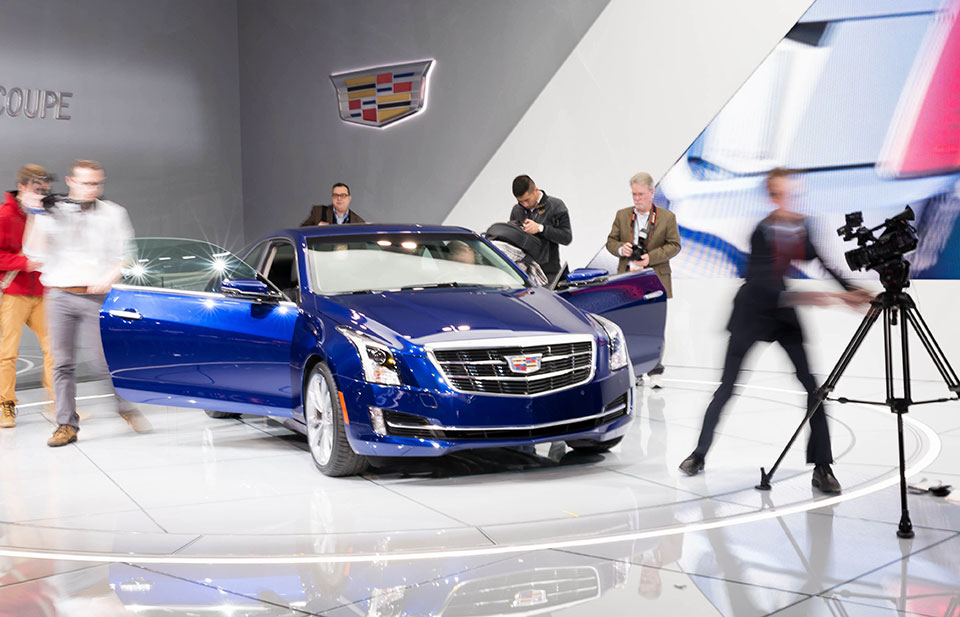 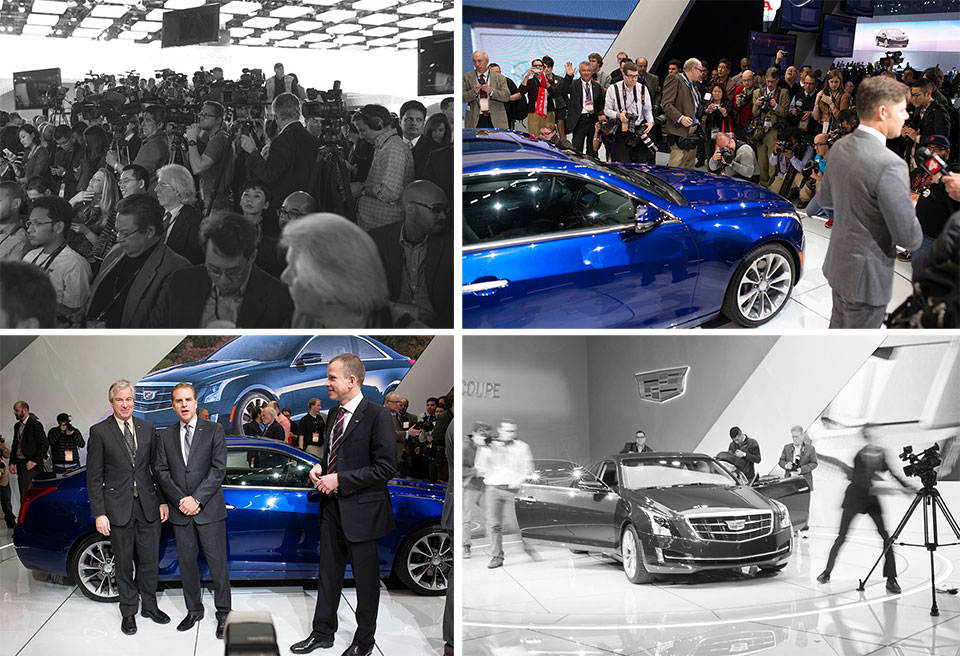 The 2015 Cadillac ATS Coupe Steps Forward – There’s a lot of emotion behind the revelation of a new vehicle.  Years of research, development, design and engineering expertise are poured into every iteration of a production vehicle, and the day it is revealed is a proud day for many.  This was true on the day that Cadillac revealed the new 2015 ATS Coupe this week, and if you looked closely, you could see that pride on the faces of those behind its development.  When the music began on Tuesday morning and the press stood silent, the excitement didn’t feel rehearsed or forced, it was genuinely displayed by those who contributed to this car.

It’s not the first time I’ve felt this “genuine excitement” behind the revelation of a new vehicle.  I grew up in an automotive family, with three generations of designers and engineers and support staff from grandfather to father to cousin.  As a kid, I would climb onto my dad’s lap in his home office, watching him sketch out what would become the next pickup truck or SUV or coupe years before it would seen by the world at the Auto Show in Detroit.  I’ve seen excitement and pride during these revelations, although I may have been too young to understand it.  But that same look was there this week on the faces of Andrew Smith, of Bob Boniface, of David Leone and others upon the unveiling of the 2015 Cadillac ATS Coupe. 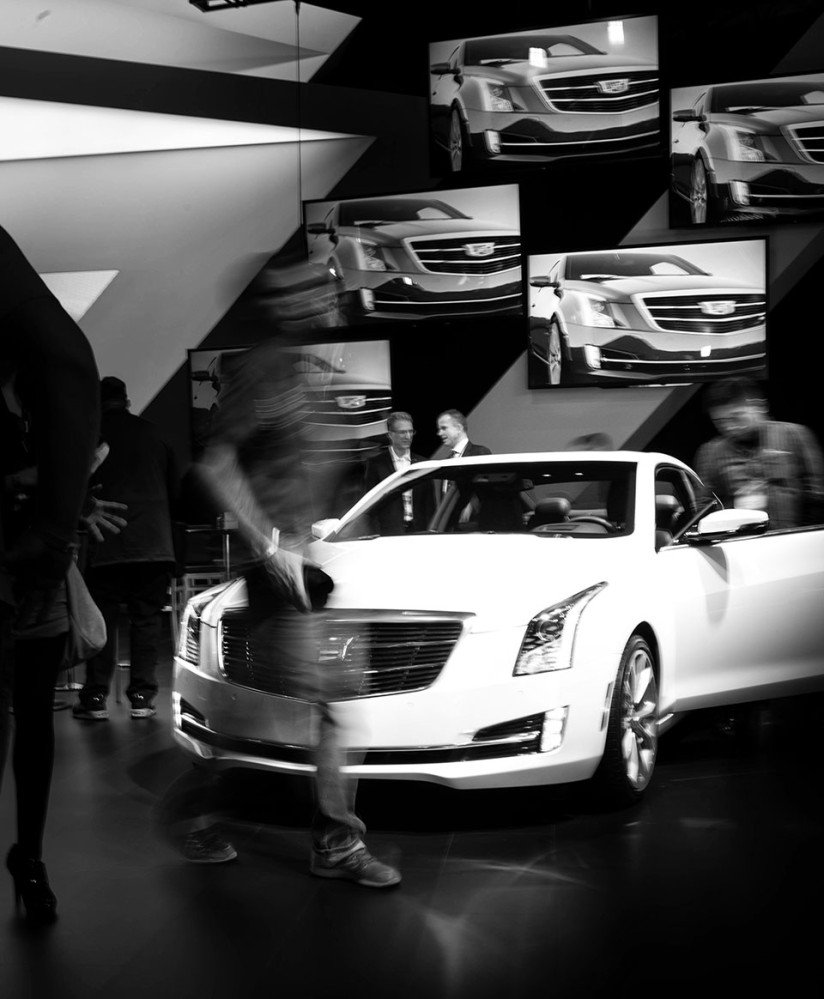 Clearly, Smith, Leone and others have plenty to be proud of.  The first of its kind for Cadillac, a coupe version of the ATS, represents a sporty step forward for the brand and the car’s segment.  You might have heard something similar in the early coverage about the ATS Coupe, but it’s not lip service.  Drivers like myself want vehicles that are smart, connected and efficient, but I don’t want to have to give up the enjoyment of driving in the process.  Efficiency and performance can be a tough tight rope to walk, and many mid-sized cars struggle to stay balanced.  That’s one of the reasons this new coupe is so exciting– the design and the functional layout of the ATS Coupe can be pushed to a level that a four door competitor can’t quite match.

So the process of developing the 2015 ATS Coupe started with that special kind of flexibility.  The design and engineering team crossed off the need for rear doors, lowered the roof line, pitched back the angle of the windshield, widened the body and shed a whole lot of weight in the process.  This pays dividends in how it handles on the road and the gas station alike.  It’s part of Cadillac’s recent emphasis on “longer, lower and leaner”, but more on that in a minute.  For now, the slimmed down appeal of the ATS Coupe, which represents a step forward in performance and efficiency, was one point of pride that its executive team celebrated on the day it was revealed. 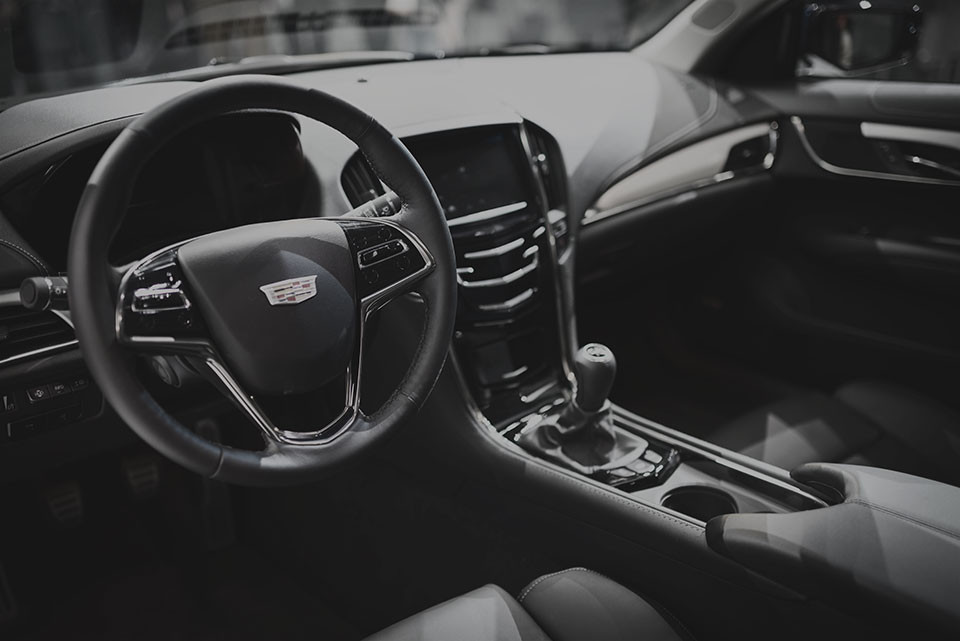 After the fanfare had quieted down at the Cadillac booth, I waited my turn to sit inside the new ATS Coupe.  It wasn’t a brief wait, as press and industry employees arm-wrestled with mobile phones out, aiming for a snapshot to tweet or take home for a longer look.  Once I was finally seated in the driver seat, I felt the appeal of the instrument in my hands.  That word struck me in the moment– instrument.  The steering wheel has a thick feel to it, wider than I am used to at least, and its material feels finely sourced.  You get the sense that you’re in command of a well-tuned instrument in the driver’s seat, a feeling I certainly don’t get behind-the-wheel of my own vehicle at home.  Granted, there were no keys in the ignition here, no engine humming beyond my feet, but the tactile quality in the coupe cockpit made its own impression on me.

Cadillac has always offered the distinctive American luxury car, an iconic answer to its foreign competition.  This week, I watched as Cadillac took another step forward on this finely-paved legacy.

Like the engine that was not running during my visit, I didn’t get a chance to experience the tech systems that the new ATS Coupe boasts.  I was told about the 4G LTE connectivity that can be included with the ATS Coupe, as well as the suite of available apps for the CUE software environment that drivers and passengers will use in transit.  It does a bit of everything, including entertainment, navigation, ride information and OnStar service.  I left this part up to my imagination, and as much of my work is mobile, I imagined myself taking advantage of the vehicle as a WiFi hotspot, writing an article like this one from pretty much wherever four wheels would take me. 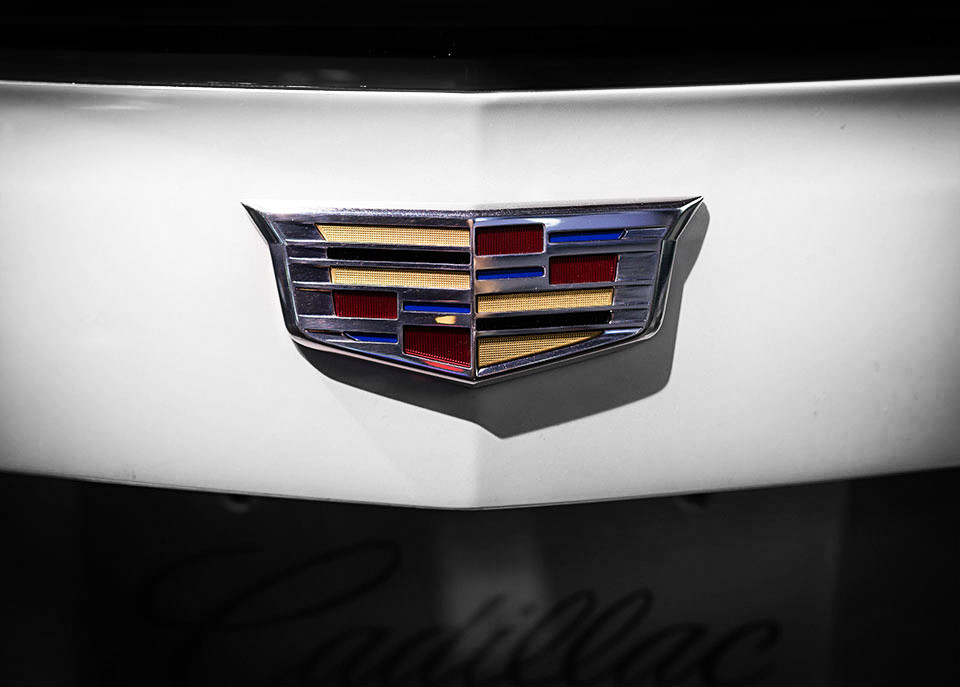 Back to that “longer, lower and leaner” mantra mentioned above, the new Cadillac crest made a big debut on the ATS Coupe.  Cadillac removed the wreath that had wrapped around the center crest for decades, letting the bold badge stand on its own for 2015.  This wasn’t a casual decision by Cadillac, but a pretty involved design study that will carry the brand forward for years to come.  My colleague Ashley Nelson at KNSTRCT.com spent some time getting to know the new Cadillac crest in Detroit, producing an in-depth look at its history and new direction.

The appearance of the crest above is as functional as it is symbolic in certain iterations.  It hides a radar system for the adaptive cruise control, one which will alert the driver about certain road hazards during the drive.

Being a part of a world premiere of a world class vehicle isn’t something you experience every day.  Before the introductions began and before the vehicle rolled out for its first ever close-up, the press packed the Cadillac booth from one far end to the other.  Video cameras and DSLRs and mobile phones were focused on the stage to transmit the image of the new vehicle around the world, from Detroit to Tokyo to TheCoolist.com.

There’s very little room to operate and there’s a rush to the stage the moment the show ends and the car is free to view in person.  It is certainly a spectacle, and it lasted from the moment the ATS Coupe press conference began until the day ended.  The car is still in place as I type this article, as the North American International Auto Show opens to the public for much of the rest of January. 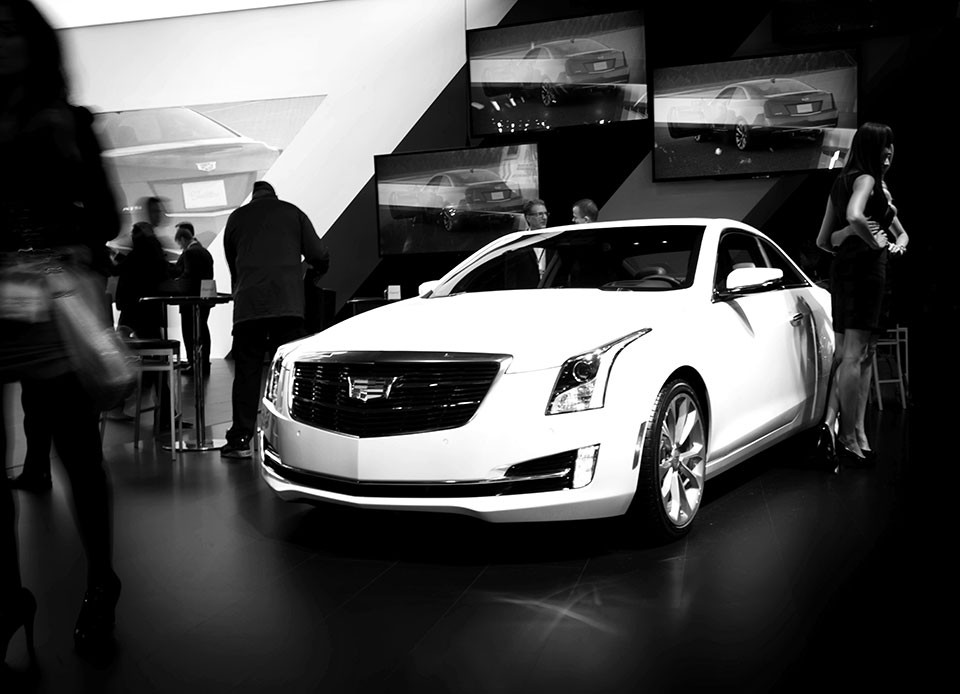 There’s plenty to take in about this new beauty from Cadillac.  I discussed the full spec sheet and the dirty details on the day of its release, in my full article about the all-new 2015 Cadillac ATS Coupe.  Now that the smoke has cleared and the dust has settled from the rush of news about the North American International Auto Show, I’ve gathered my takeaway on the revelation of this new mid-sized luxury coupe.

Cadillac has always offered the distinctive American luxury car, an iconic answer to its foreign competition.  This week, I watched as Cadillac took another step forward on this finely-paved legacy.