This Student-Built Modern Cabin is the Perfect California Retreat

To escape the restless life of Los Angeles, a family of five spends their weekends in this modern cabin near Sequoia National Forest. The 510 Cabin by Hunter Leggitt Studio is a two-story weekend home that can comfortably house up to 10 people in 1,100 square feet of living space. Its centerpiece is its second level patio, an open space with sweeping views deep into the mountains and forest beyond. It’s one of the most ambitious cabin designs we’ve seen this year, and it has its own unique story. This open-design project built with the help of enterprising architecture students from around the world.

The 510 Cabin is a slim, two-story home that features private spaces on the bottom floor, shared spaces on the second. There are bedrooms and a den space on the bottom level, with walls that feature little window space for interior privacy. On the second level, a kitchen, living room and large patio extend across the full volume. This is where the family spends most of their time, in a long series of spaces that all share a common, angled roof.

The construction of the 510 Cabin is a special story of its own. The architect moved to the location for a full year and opened the build process to architecture students around the world. By posting on architecture forums and job sites, the architect invited those who wished to put their learning to practical use as guided by the designer. This had the added benefit of keeping construction costs low while providing a great education to students.

The 510 Cabin by Hunter Leggitt Studio was completed in 2012 and stands at a 3-hour drive from the client’s home in Santa Monica. It’s an ideal escape for the family that calls it a second home, and it has a nice history in the careers of those who volunteered to build it. [via /r/architecture] 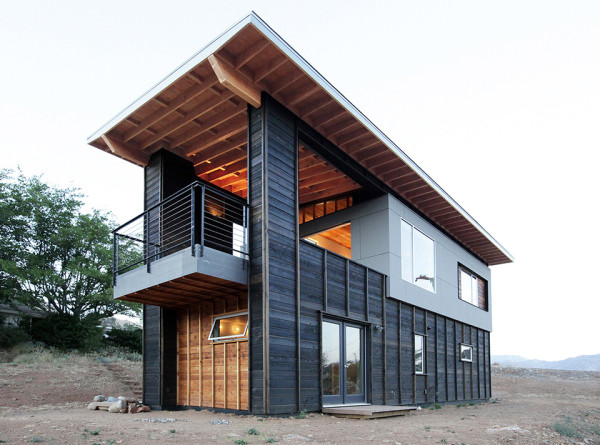 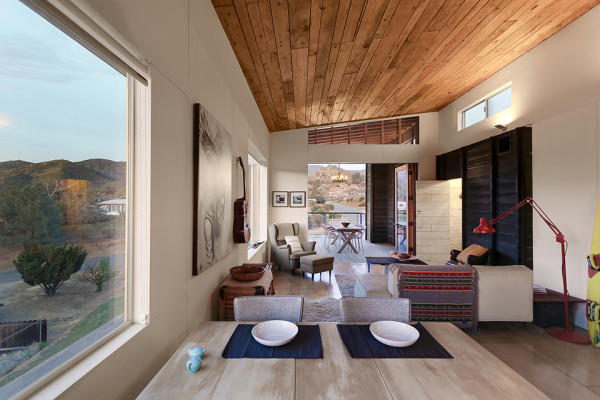 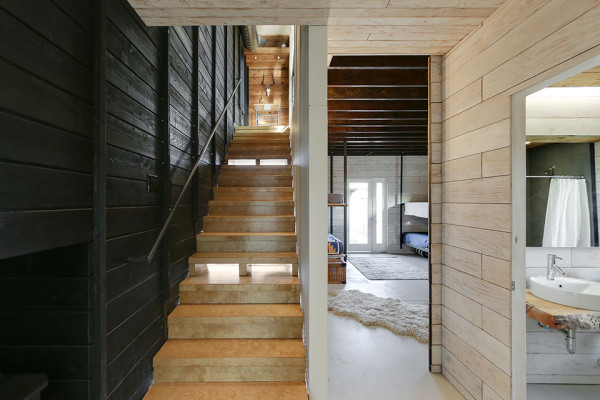 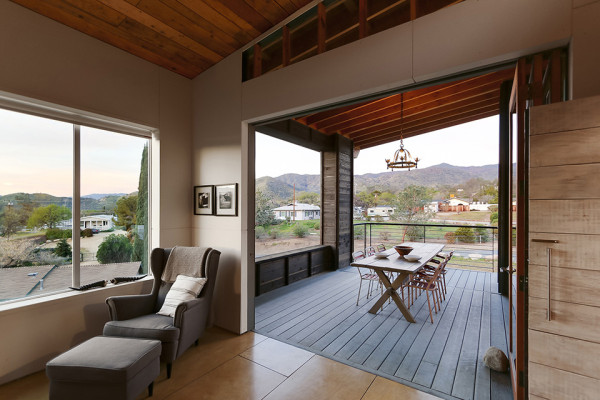 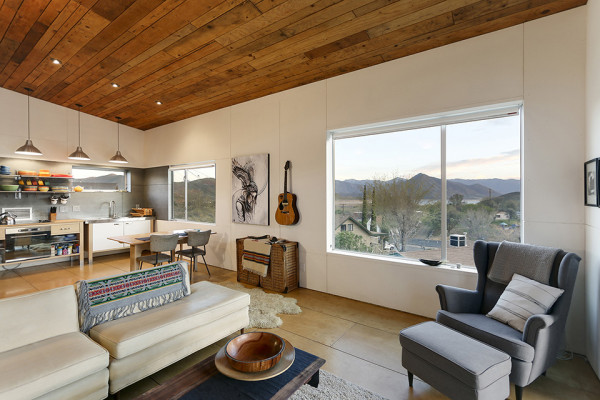 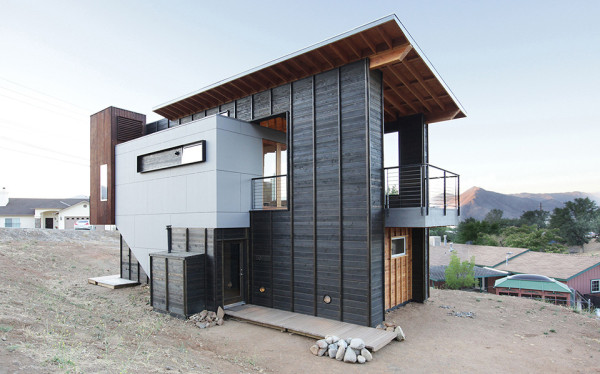 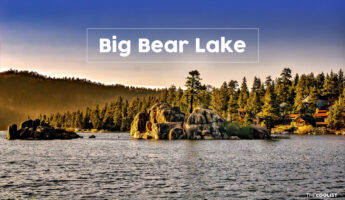 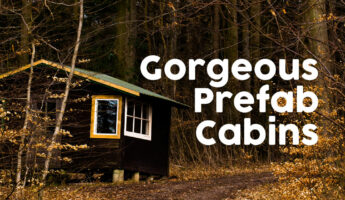 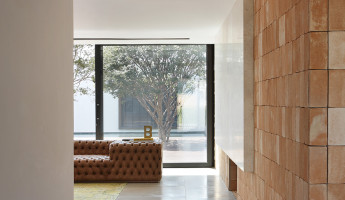