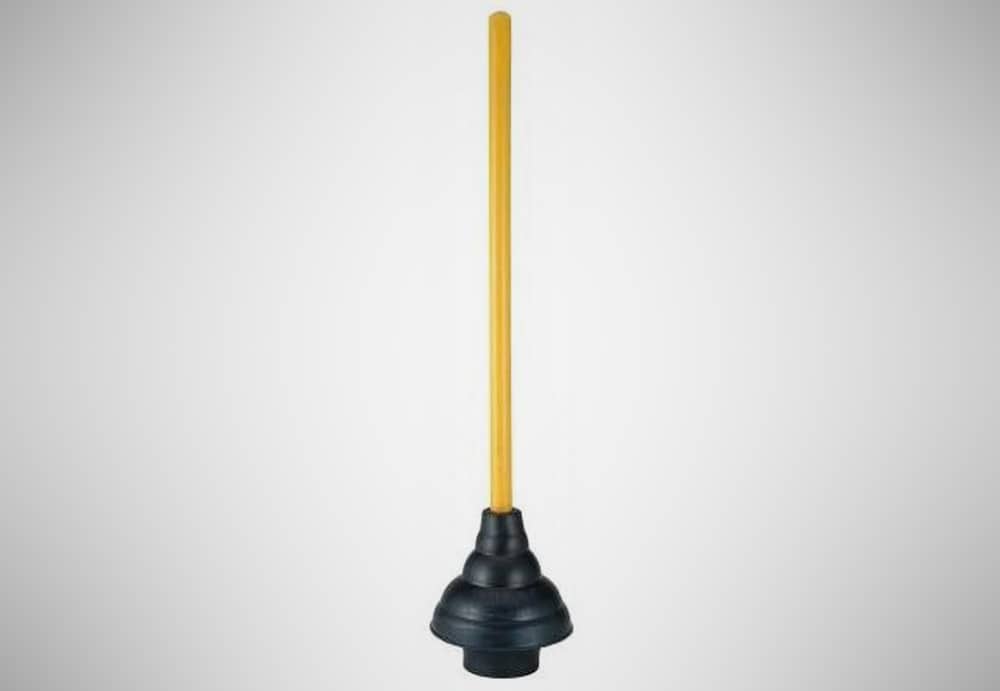 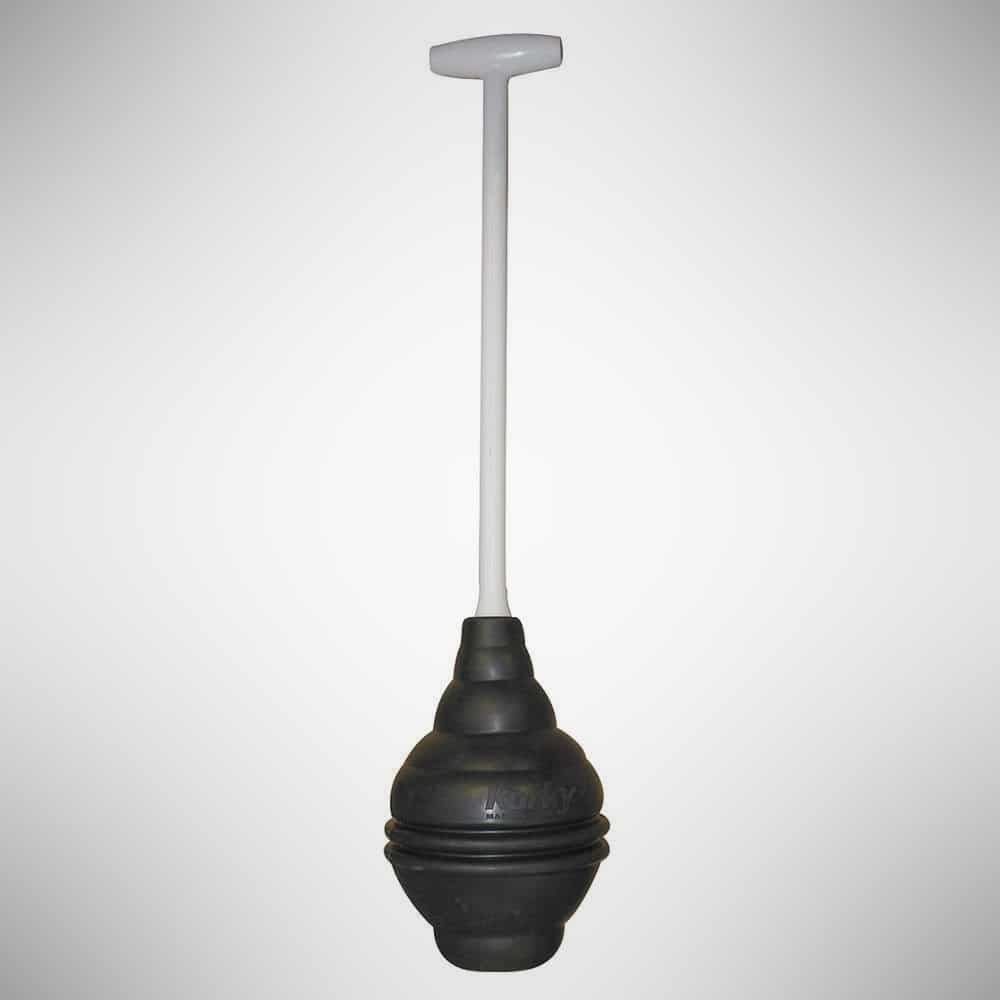 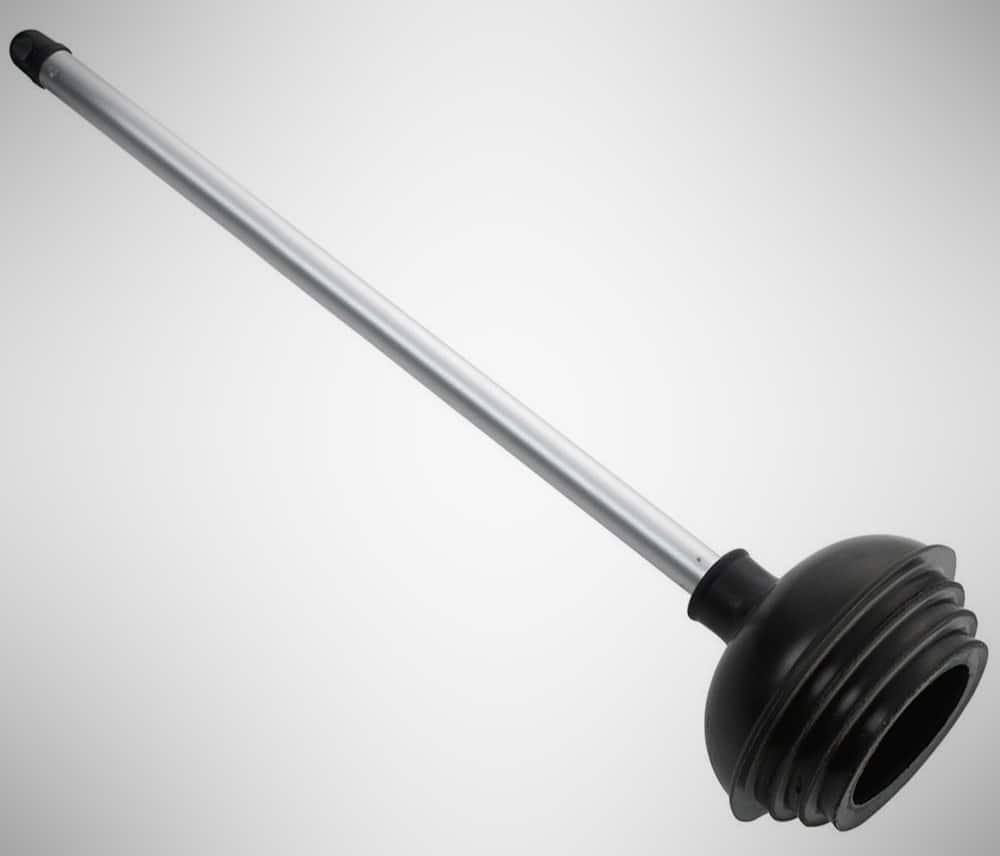 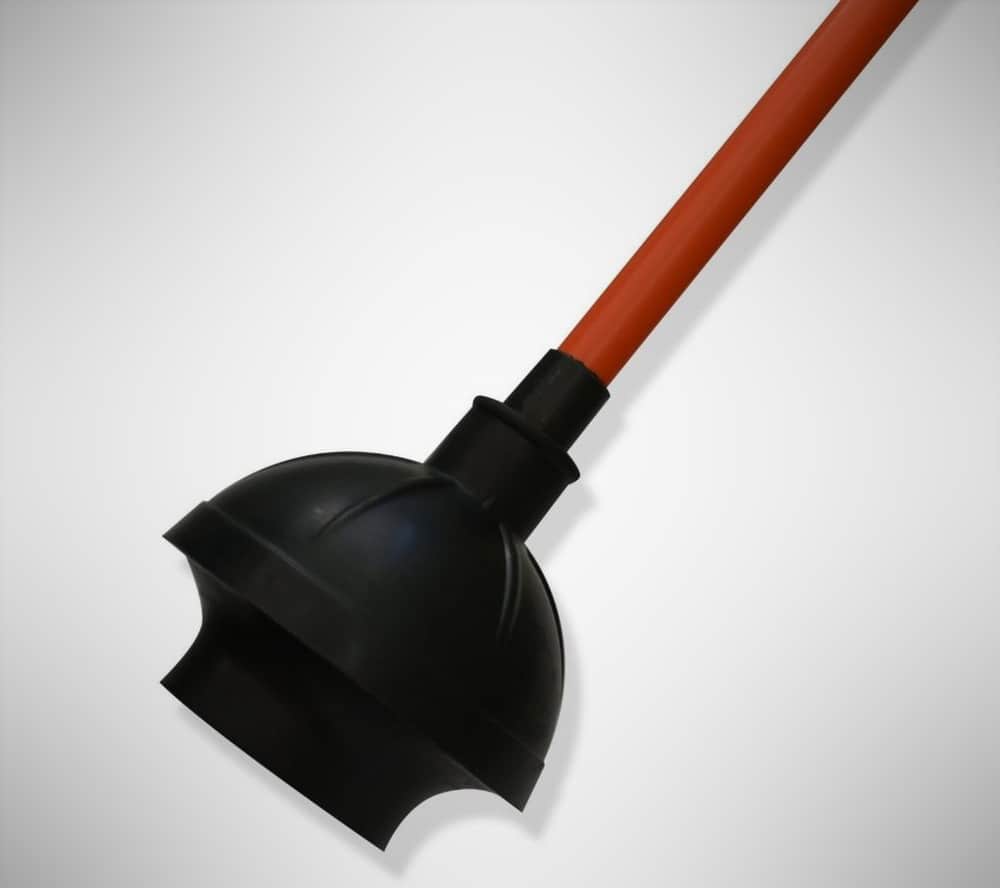 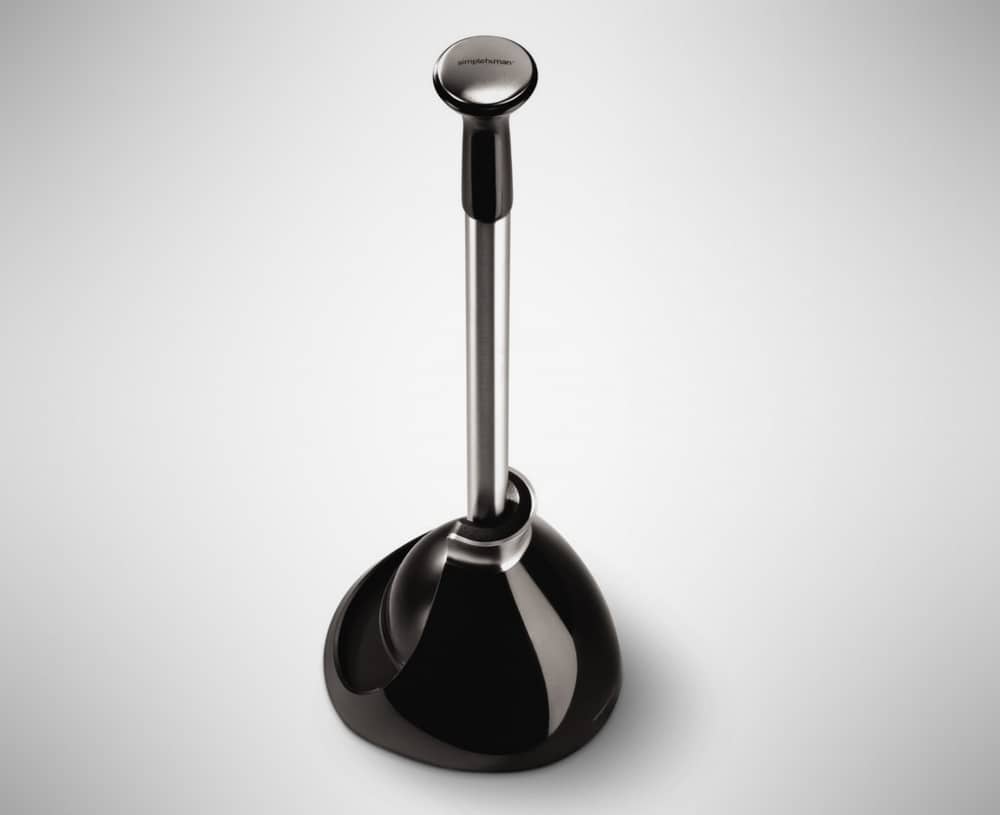 A slab of rubber on a stick should be the simplest appliance in your home outside of a knife or a spatula, though somehow the inventors of the world have managed to make it intricately complicated, with odd shapes and pods, and ergonomic handles we aren’t sure we need. Really, the one thing we ask above all else is that a plunger work – oh, god, please stop the water – and little else. All the window dressing and quaint designs in the world aren’t going to mean a damn if the thing doesn’t respond when the toilet overflow hits the floor.

Though their primary job is clearing pipes of blockage, toilet plungers also need to be able to conform to irregular bowl shapes, give you enough leverage to lean in to the plunging motion, and help facilitate the action overall so you don’t need to apply much strength to get the rubber at the head to give way. It should also be usable by anyone, and provide a way to create tough suction deep into a pipe to remove clogs. All this considered, there’s 6 plungers around worth your cash and attention.

How to Pick a Plunger

Understanding more about the plunging process is imperative for knowing what makes one superior to another. The plunger is simple: the rubber head fits into the bowl of a toilet creating a seal around the exit hole at the bottom. By pushing the plunger up and down, you are displacing water which is pulled up by the cup at the end of the plunger and then pushed back out into the pipe in order to shove clogs along or break them up.

What changes the effect of a plunger is how well it can create a seal inside the toilet bowl, how much water it can then displace by sucking, and how much force it can apply to that water with the downward shoving motion. You’ll notice all of the choices have larger heads, which can usually create a seal more easily inside a toilet, and a deeper cup for displacing larger amounts of water, which can often give the push more force.

Handles are not to be overlooked here, since how well you grip it determines how well you operate it, which determines how well it works. Good plungers will have a textured grip with at least basic ergonomics so you can get a firm hold before doing your wicked work. They’ll also be a little longer, giving you more real estate to grip for added force to your pistoning action.

Don’t overlook the materials used. Not all rubber is made alike, as tires should tell you. A stiff plunger is hard to use, while a sloppy one is ineffectual. Ultimately the best plunger is the one that you can get to do the dance you require when the worst of creeks begins to rise…

This and the 99-4A from Korky are best to keep on hand for the heavier hits. Though you won’t get the same intense displacement with this model as its brother, it’s not as big or as pricey. It fits quickly into most toilets without leaving marks on the side, the handle is wood treated with a yellow sealant to stop the spread of bacteria and viruses, as well as prevent staining for longer lasting good looks. Purchase: $8

Well-liked, but not really as good as it claims, there’s no flaws in the 60166A, it merely is more packaging than product. It has a tiered set of cups on the end which would lead you to believe that it works better (or perhaps worse) in toilets of different sizes. Nope, it works well, though not spectacularly so. While we won’t buy it, many swear that it saved their pipes and their daughter’s honor, and there’s certainly no gaps, minus a hefty price thanks to buzz. Purchase: $14

The scepter of power in the plunger world, the 99-4A belongs in the home of any carnivorous eater who has ever dealt with a toilet that is beyond clogged, beyond blocked, and has become something decidedly other. The 99-4A works in any kind of weird toilet to get a deep seal. The plunging action is smooth with varying rubber reinforcement making each motion feel natural and intuitive. As to shoving power, there is seriously none higher. It pushes happily when everything else has cried uncle. Purchase: $17

Get Bats Out Plunger

Coming in under two feet, you can usually tuck this into a cabinet, allowing it to remain out of sight until absolutely necessary. Though subtle, it has an extended cup which slides around the contours of your toilet pipe to seal the plunger in place. Instead of going with a standard wooden handle, Get Bats Out has a sturdy, durable plastic that isn’t as likely to harbor smells, stains, splinters, and bacteria the way wood might. It still offers similar rigidity, so is a worthwhile discreet choice. Purchase: $18

Plungers are ugly, brutish things which are not fit for being placed where company can see them. Though, the trouble there is not having access to a plunger is a terrible idea. To balance this out, you can keep a huge, industrial plunger tucked away, then keep this out in the open. It also works in a guest bathroom. It has standard plunging power, but an attractive drip tray and magnetic handle that make it look sharp and work quickly, then hide away like a shy child. Not just pretty, it’s not super powerful, but beats anything cheap and chintzy. Purchase: $30

Rather than sticking to strictly plungers, there’s always the choice of going with the tool professionals have on hand, an augur, also called a snake. Instead of using water to push material down through the pipe and loosen clogs, the augur has a physical arm that goes down into the pipe and can drill into clogs to be manipulated.

For effect, an augur is going to give you a whole lot more ability to unclog your pipes than a straight plunger. On the flip side, they are big, awkward, and messy as hell to use, especially at first. While a plunger crams things deeper, an augur is as likely to pull out whatever hideous mess is deep in the lines of your sewer. If you still want to do it, do it right:

You don’t need to spend much to get an augur that can tackle most standard clogs. Spending more won’t get you much more, and if this can’t do the job, a professional needs to at least be consulted, lest the issue be more serious. The snake won’t kink or bend, and has triple-layer compression to keep it extra turgid for blasting through clogs. It also doesn’t scratch or score the porcelain in the bowl, thanks to ingenious deployment of vinyl. Purchase: $30