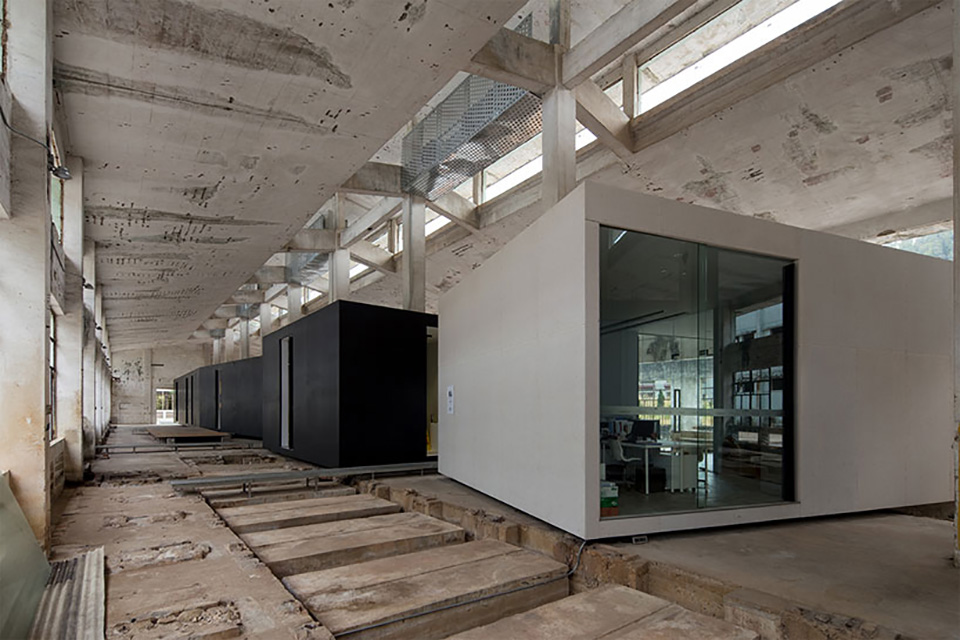 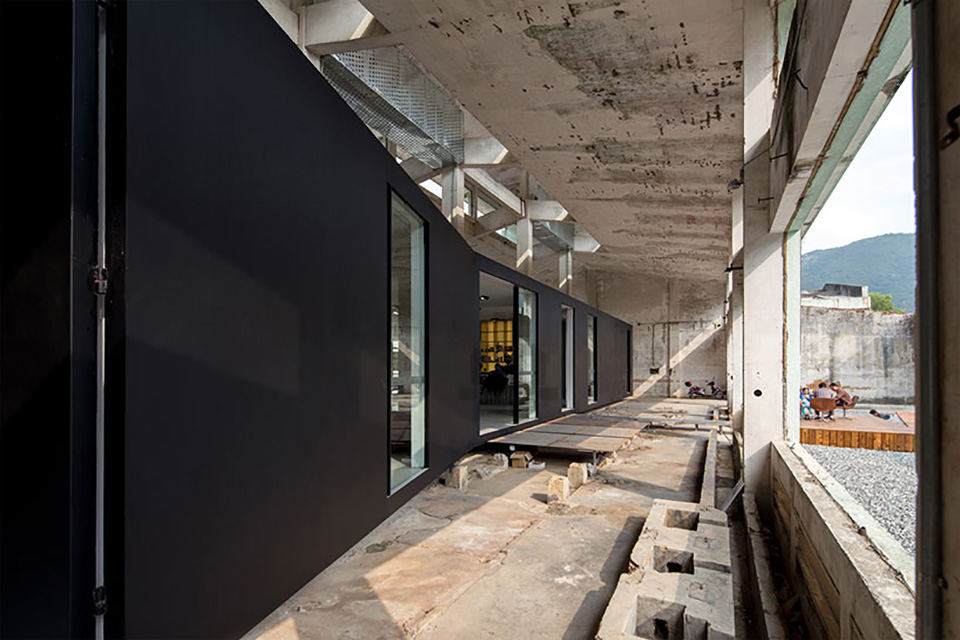 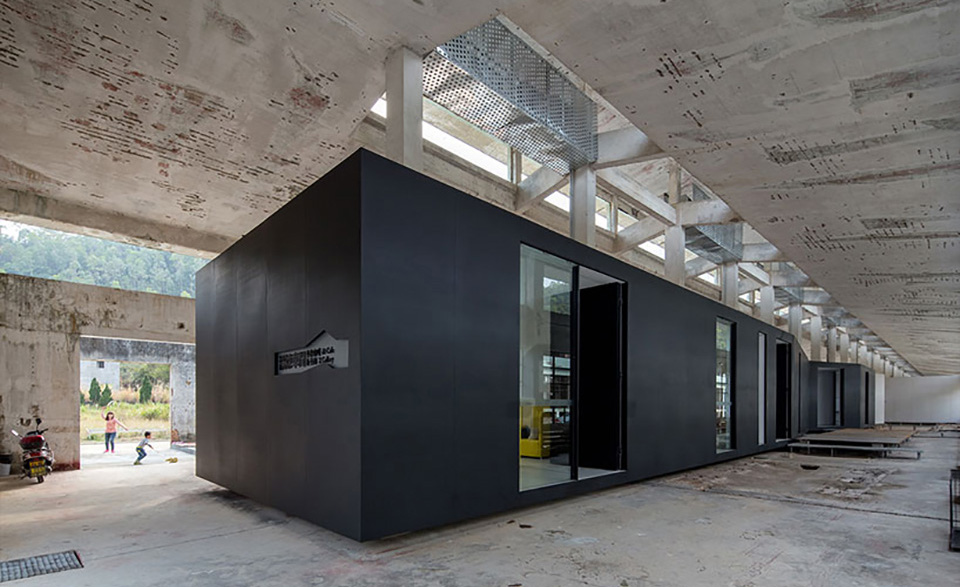 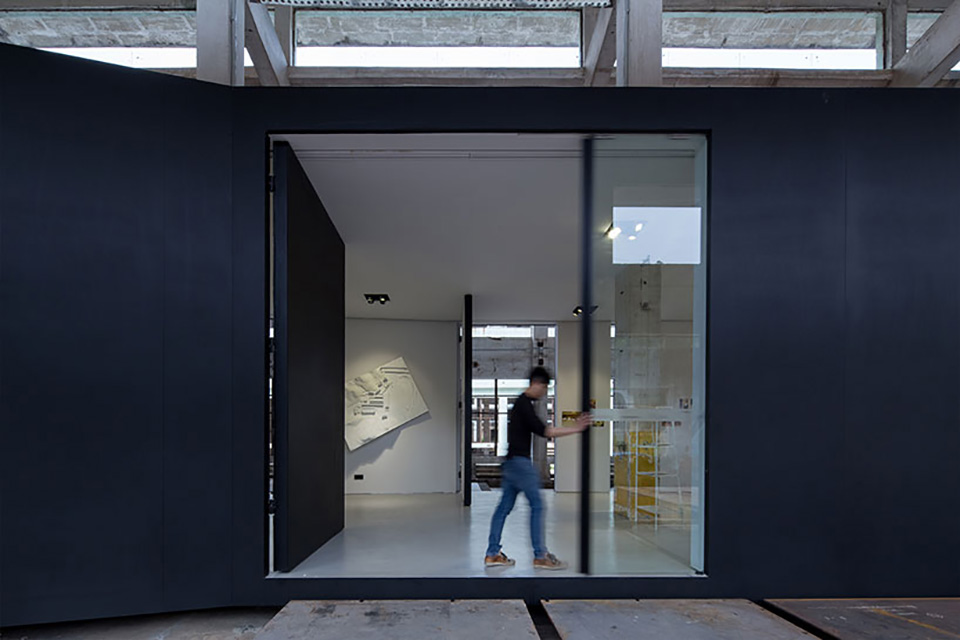 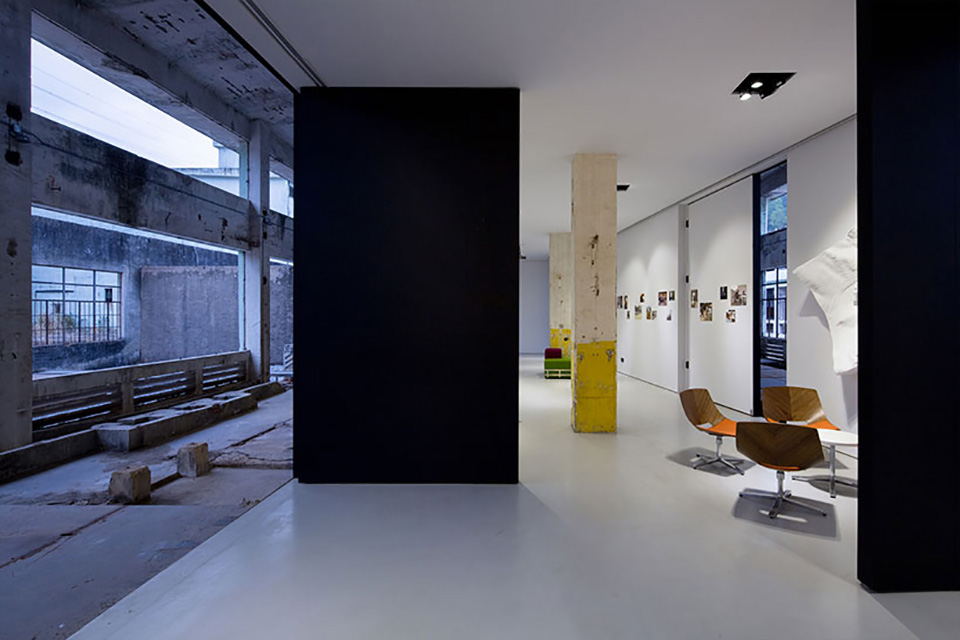 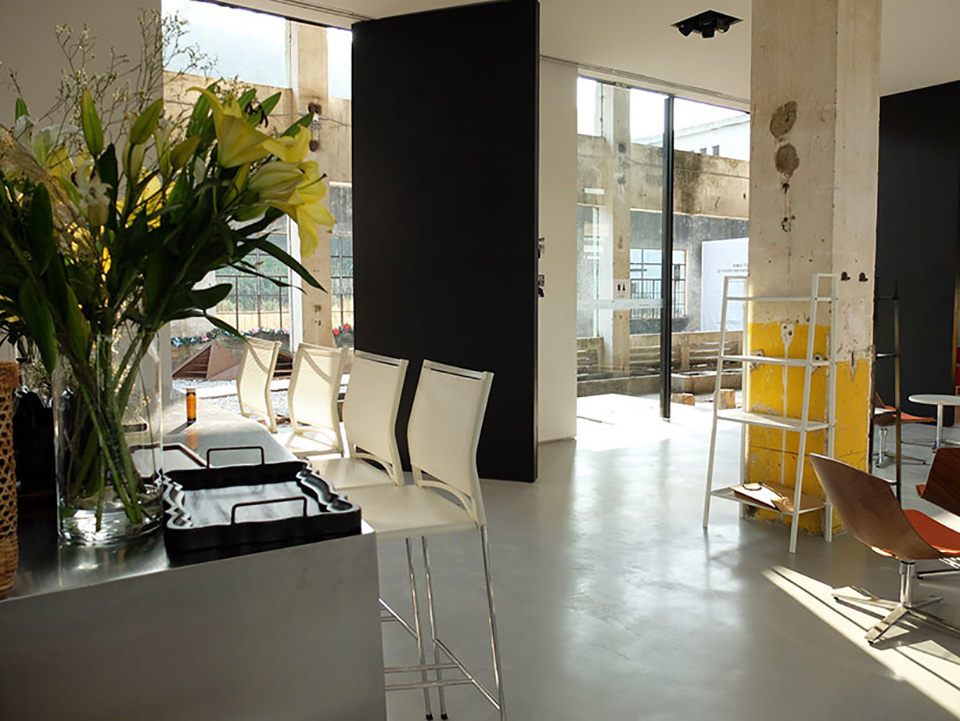 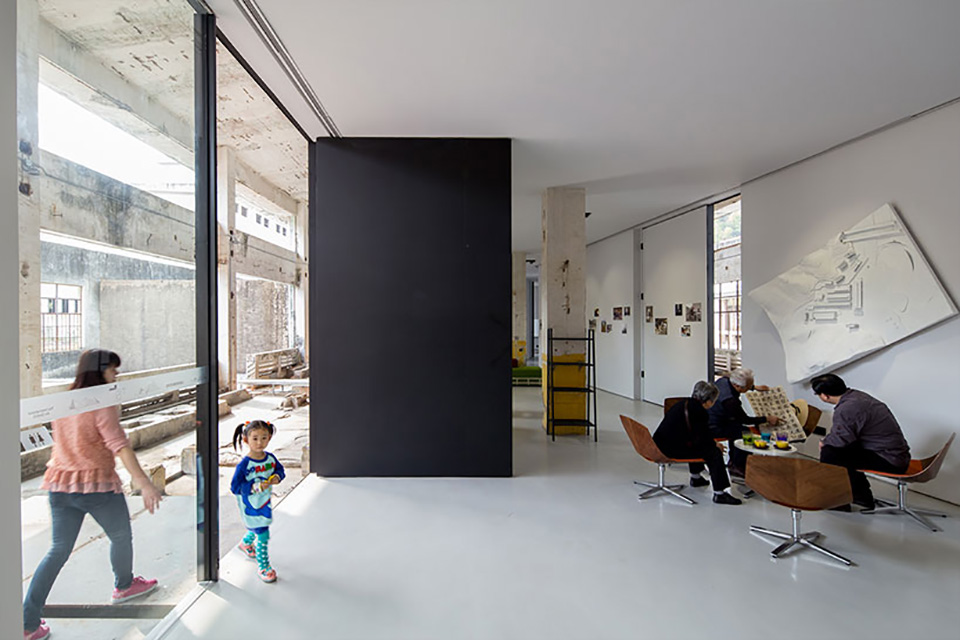 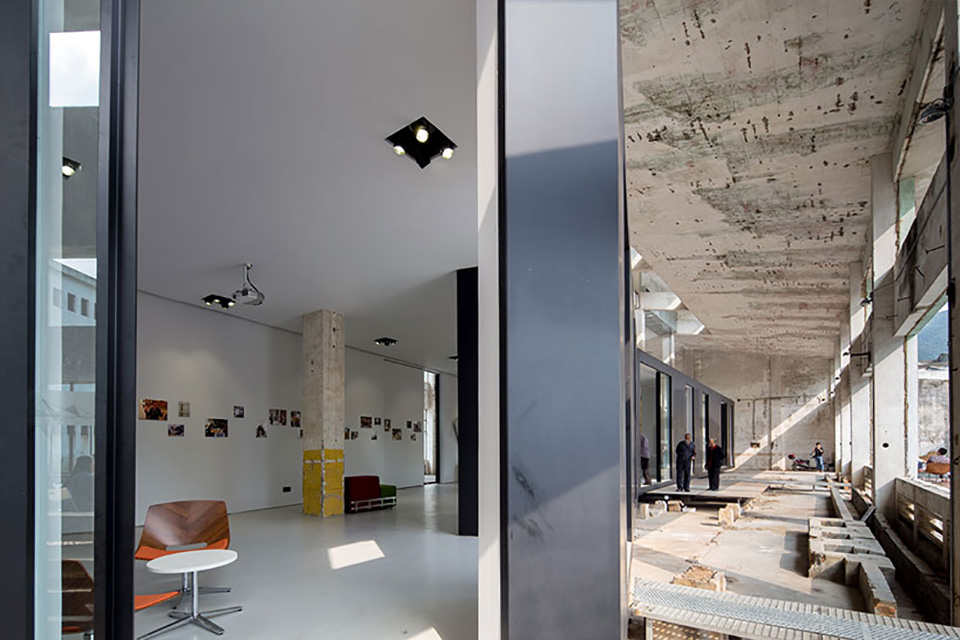 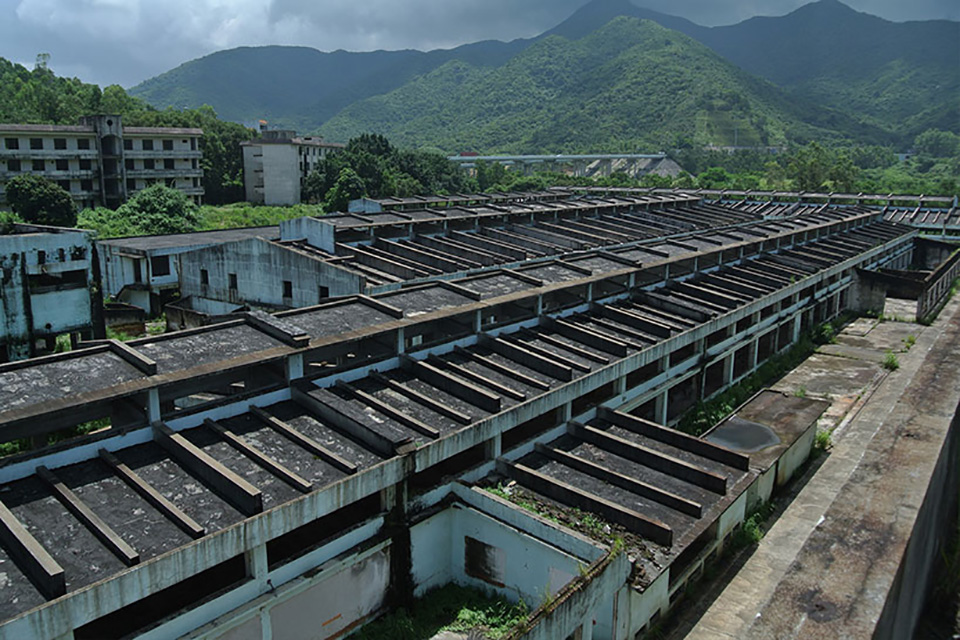 Urban decay is a problem plaguing virtually every major city in the world to one degree or another. It’s inevitable that, when you’ve a large group of people dwelling in one location, you’re going to eventually see a few abandoned buildings.  One Chinese architectural firm has devised a rather creative means of combating it.

Guangzhou-based O-Office architects just recently opened up the first exhibition in iD town, an ongoing project, built within an abandoned, decades-old factory. The disused concrete building had been sitting empty for nearly a decade when O-Office moved in, at which point they immediately began renovating. 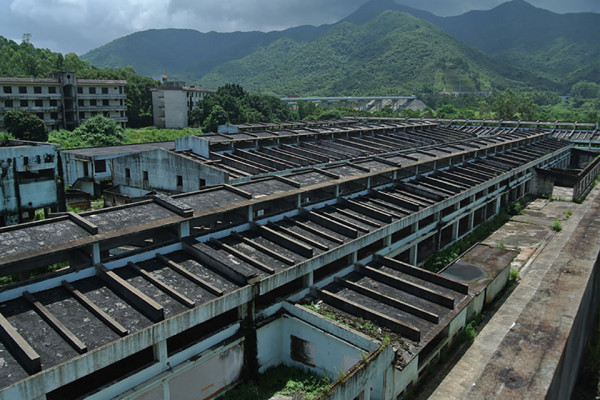 Believe it or not, they’ve actually done relatively little to spice the building up (save, of course, for making sure it won’t suddenly fall down atop everyone’s heads). Instead, they’ve removed the windows, and have placed a number of free-standing black and white structures inside the factory’s aged shell. The end result is a curious – and intriguing – fusion of modern and industrial, clean and decrepit; new and old. The self-standing buildings are themselves organized loosely along a straight line which corresponds to a human sense of scale. 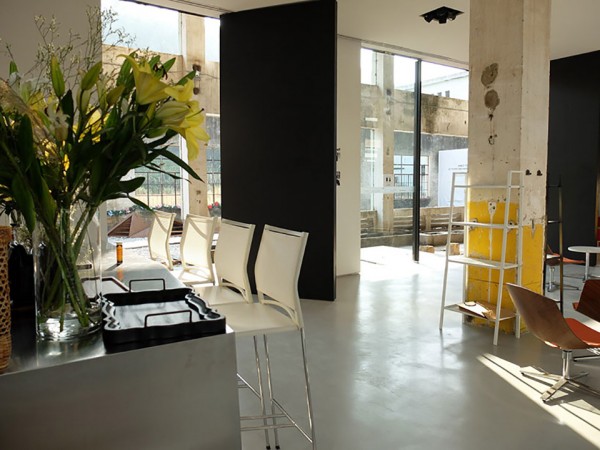 These infill structures will eventually form a self-contained district, featuring art studios, restaurants, hotels, administrative space, and exhibition halls, among others. Over the next twenty years, the designers hope to incorporate a total of 18 buildings, some of which are already up and running. In addition, courtyards on the outside of the building will accommodate a wide array of events and allow for attendance from larger audiences.  Eventually, it’s probably going to expand even beyond the original eighteen structures, as more clients and contractors sign on with O-Office.

In any major city, you’re going to witness a fair volume of urban decay. It’s a shame, really; it’s unsafe and unpleasant to look at. Perhaps with more firms like O-Office, it might no longer be such a problem. 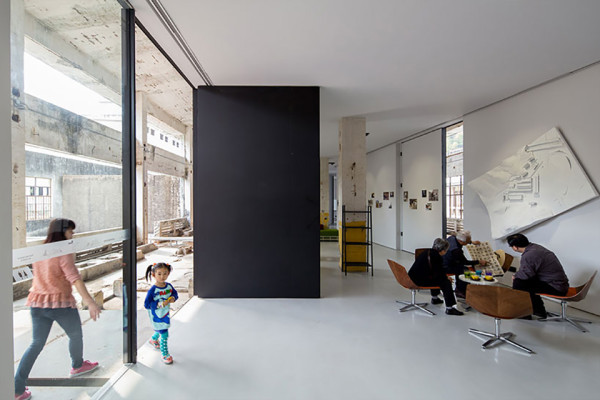