Strong With This One: 16 Amazing Star Wars Props You Can Buy 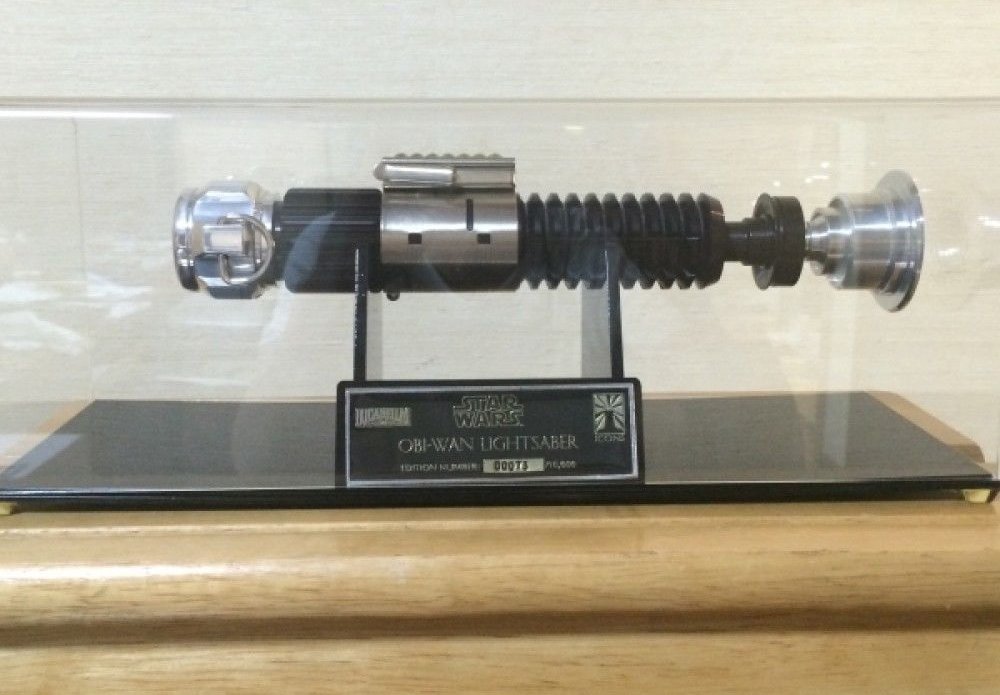 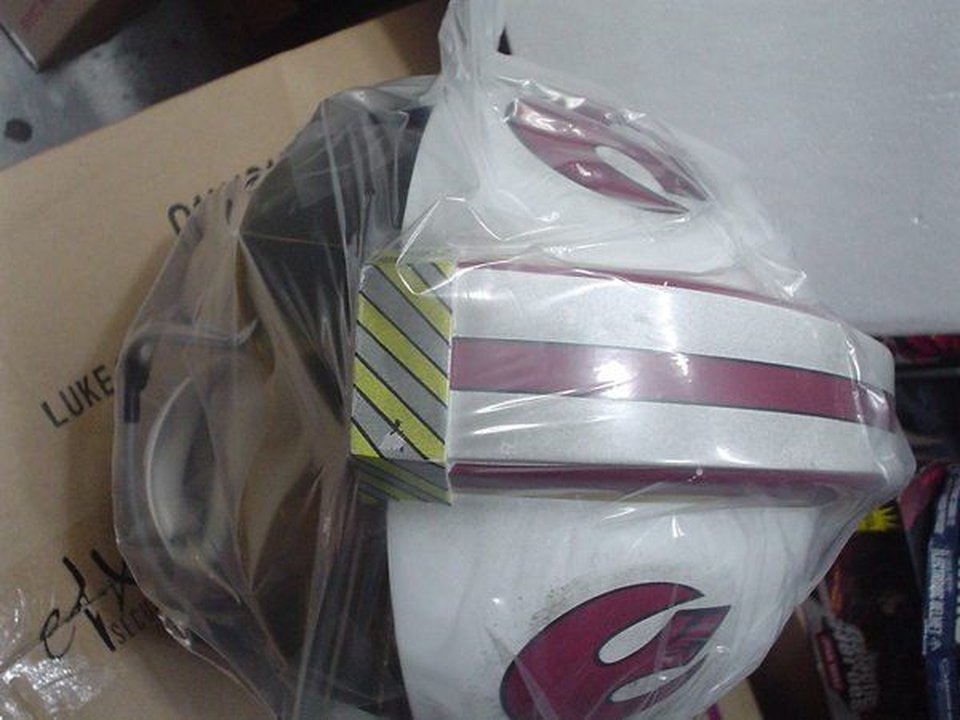 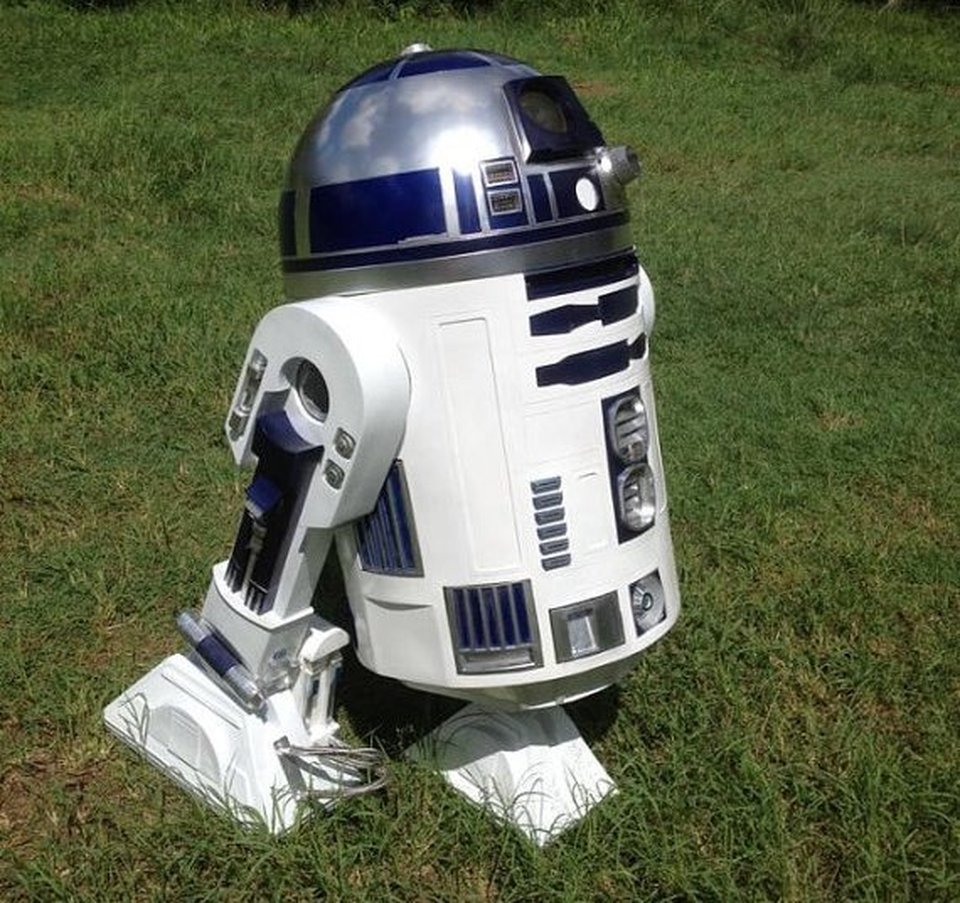 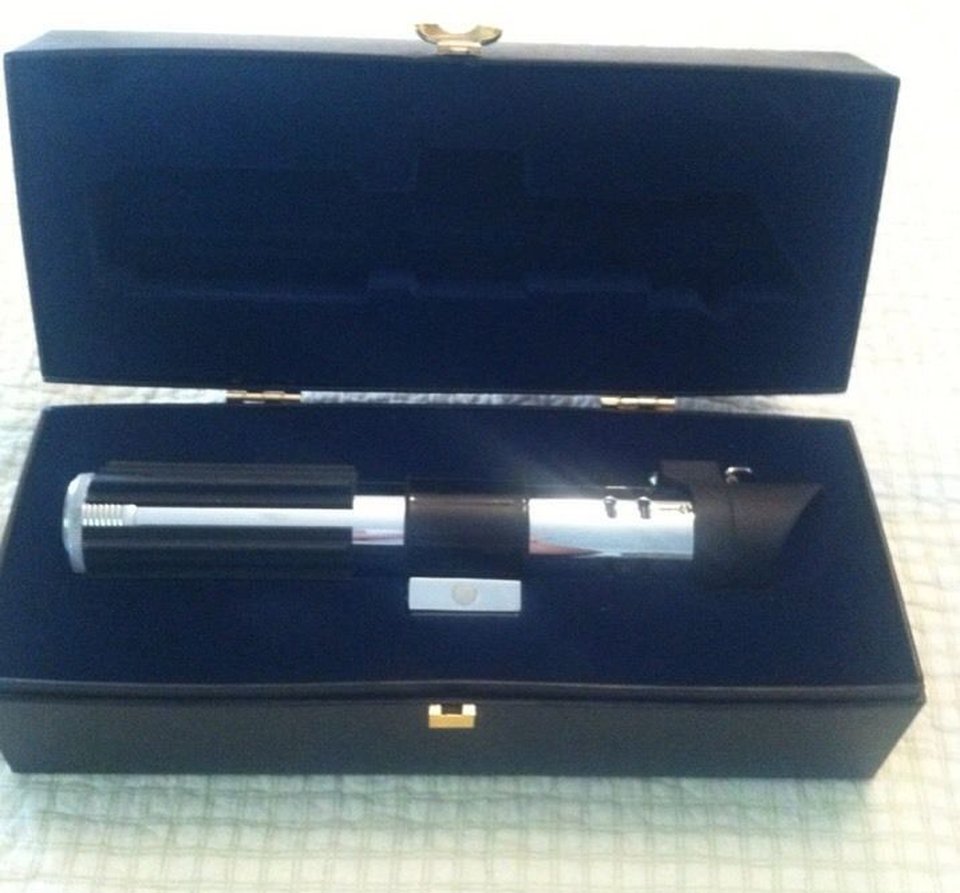 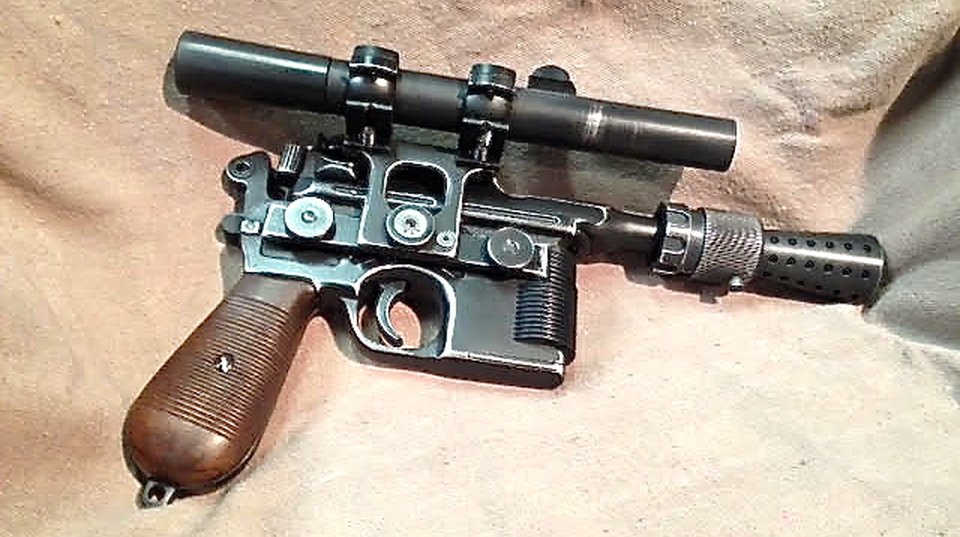 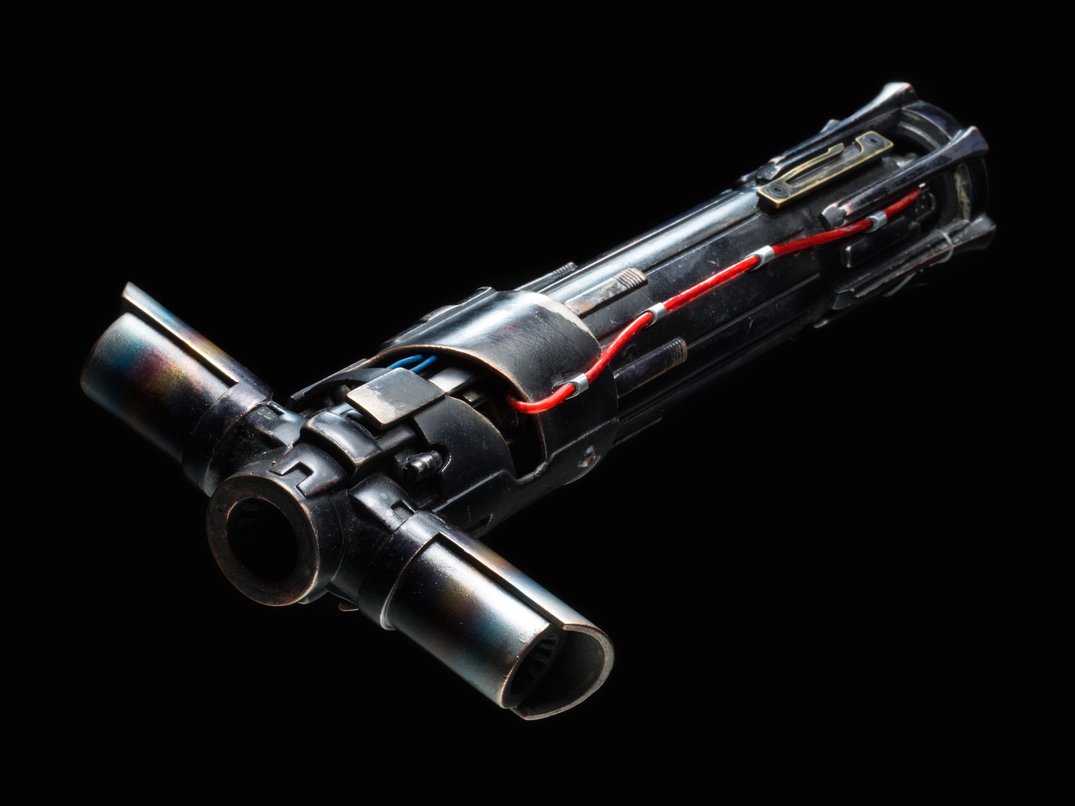 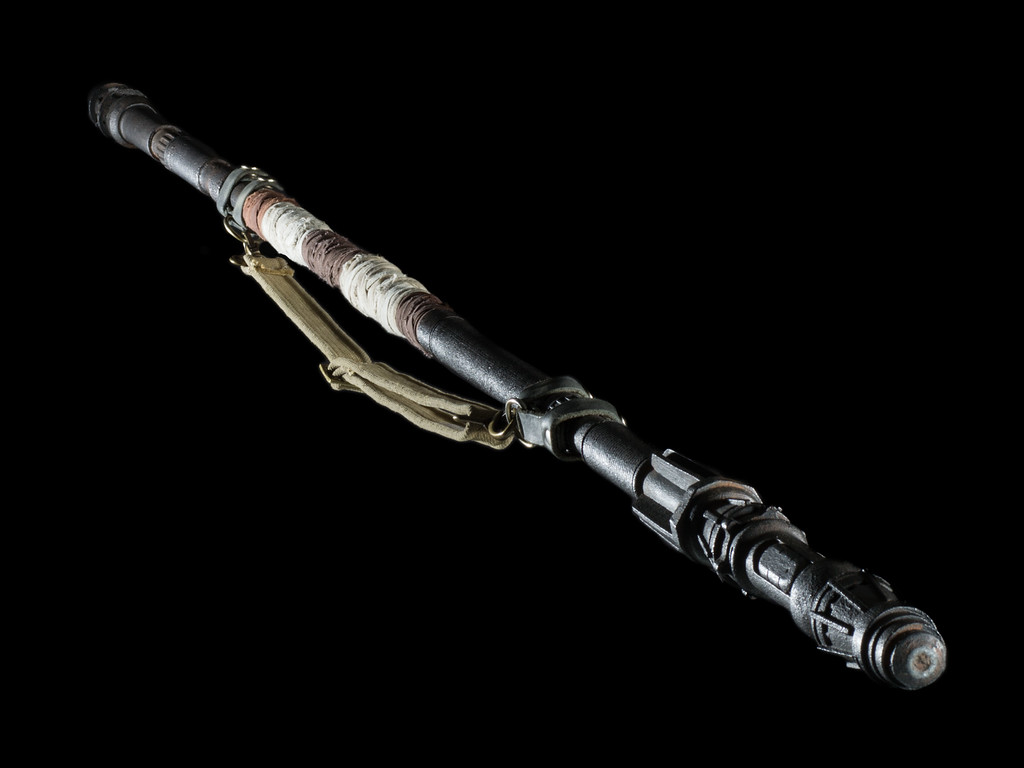 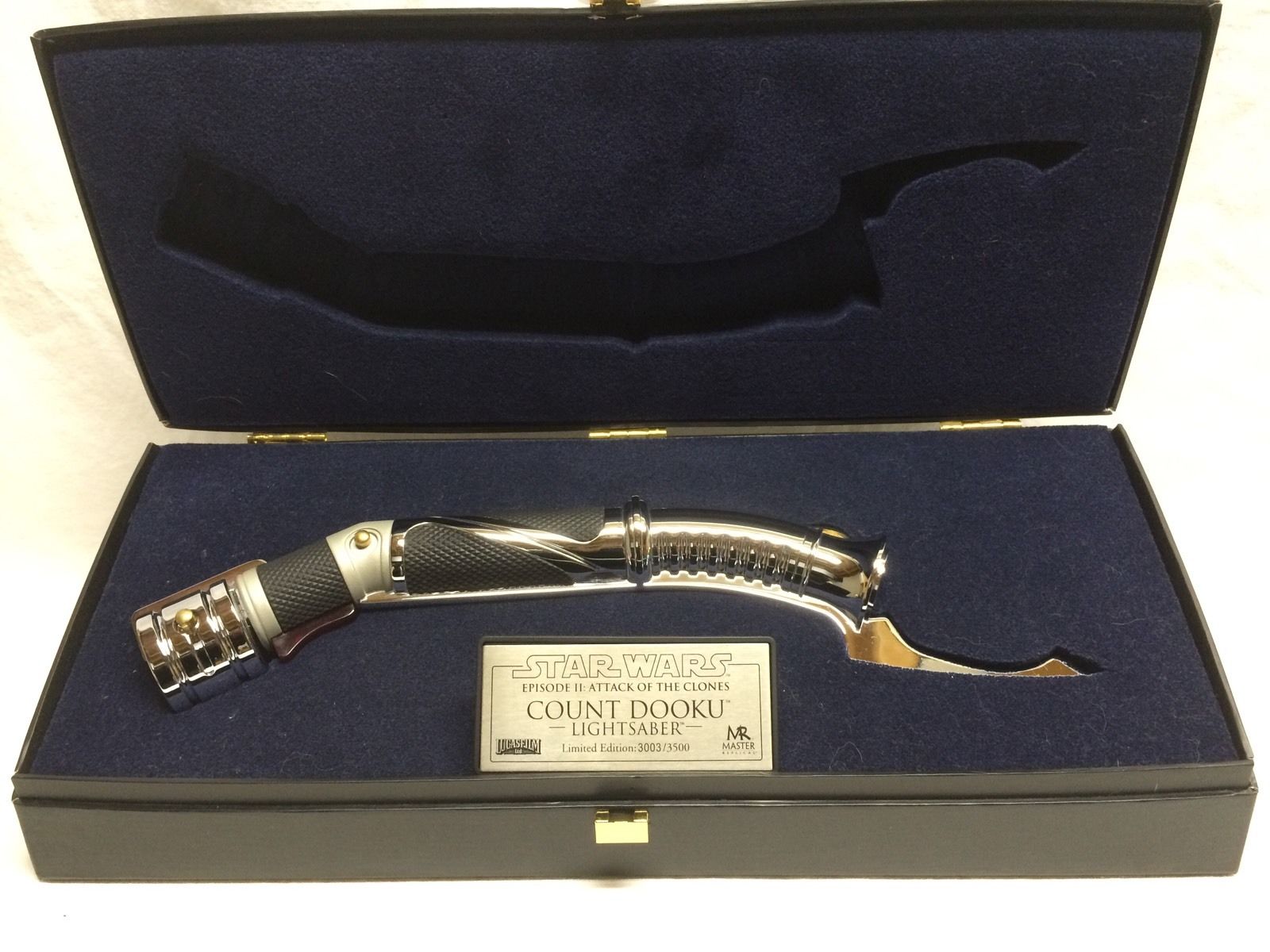 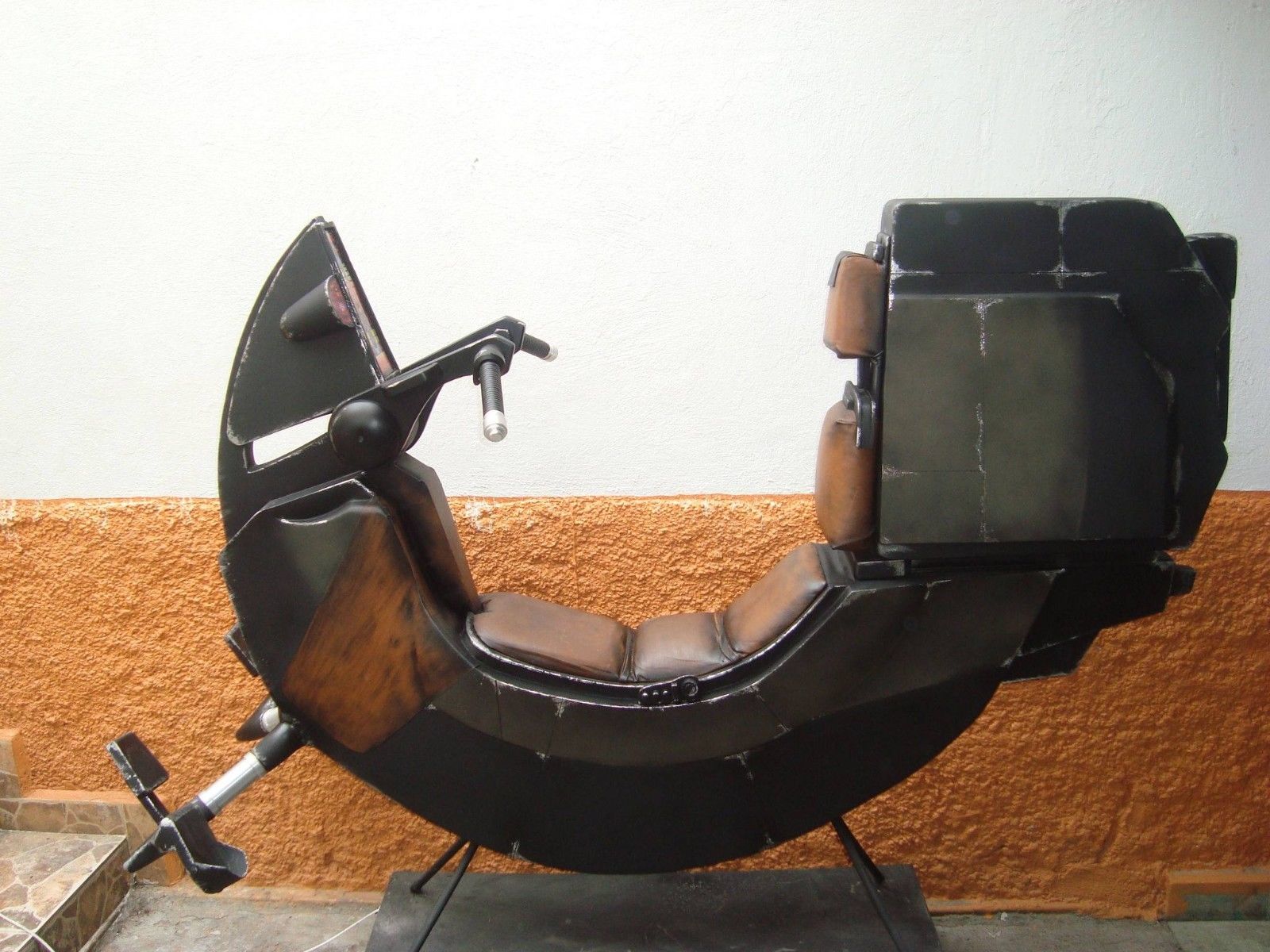 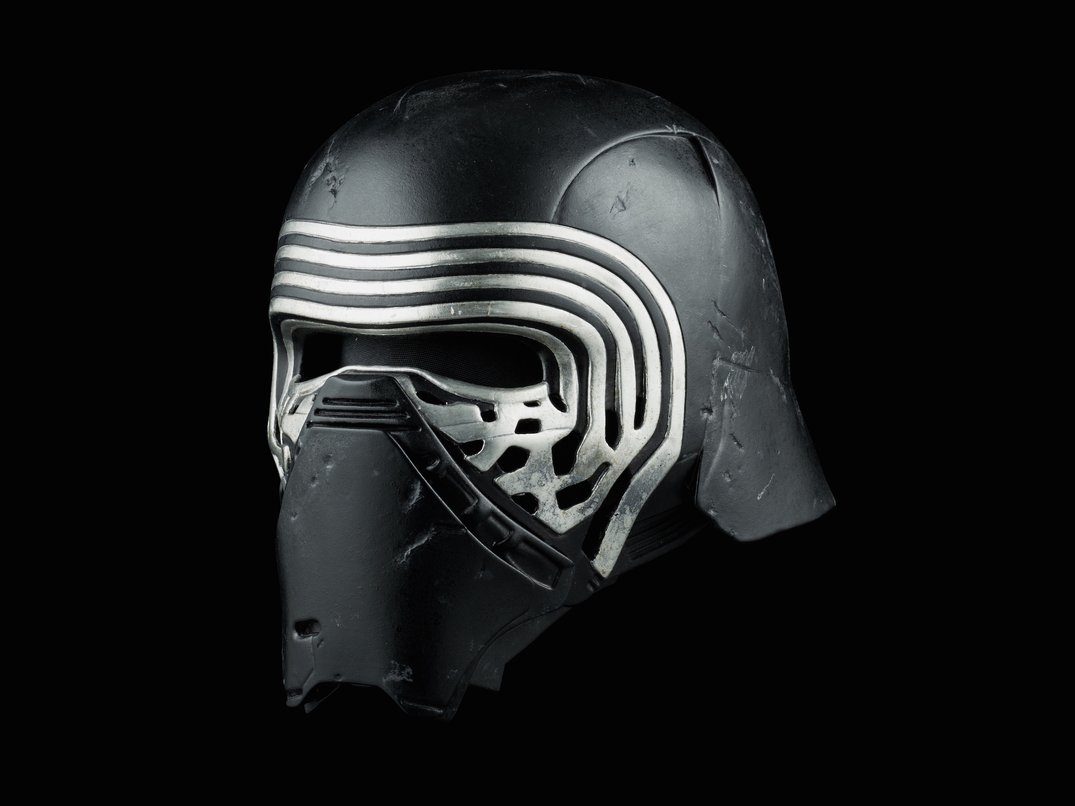 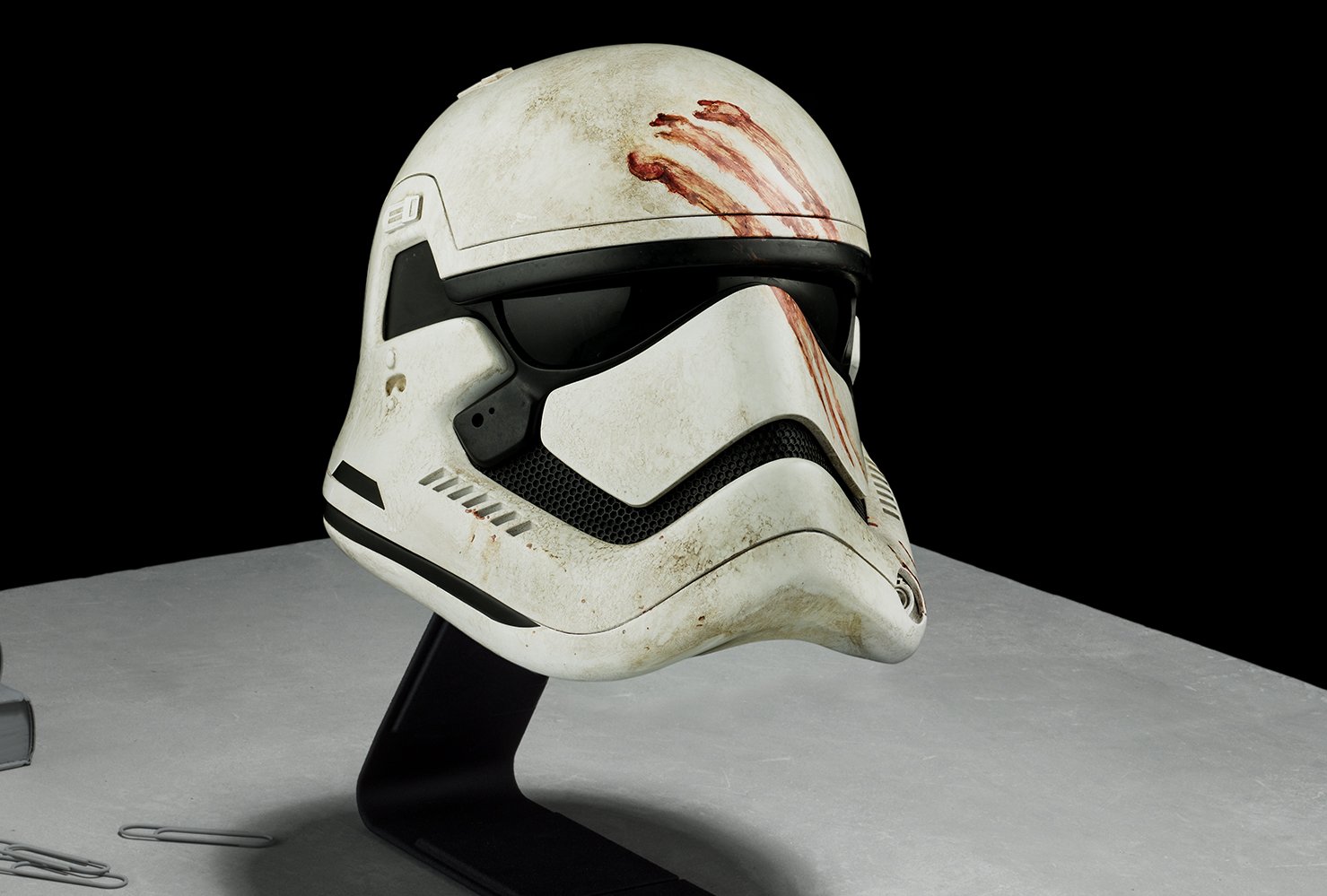 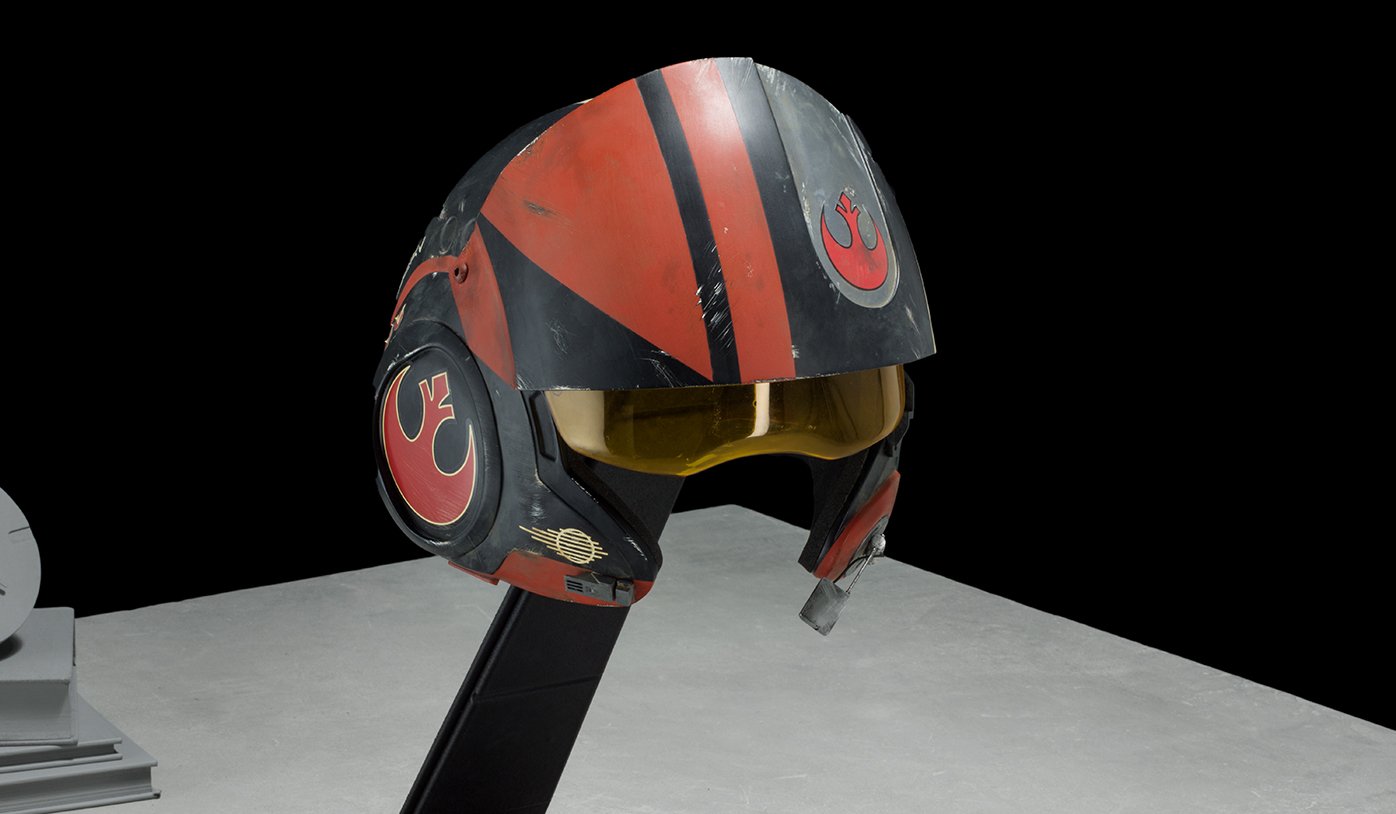 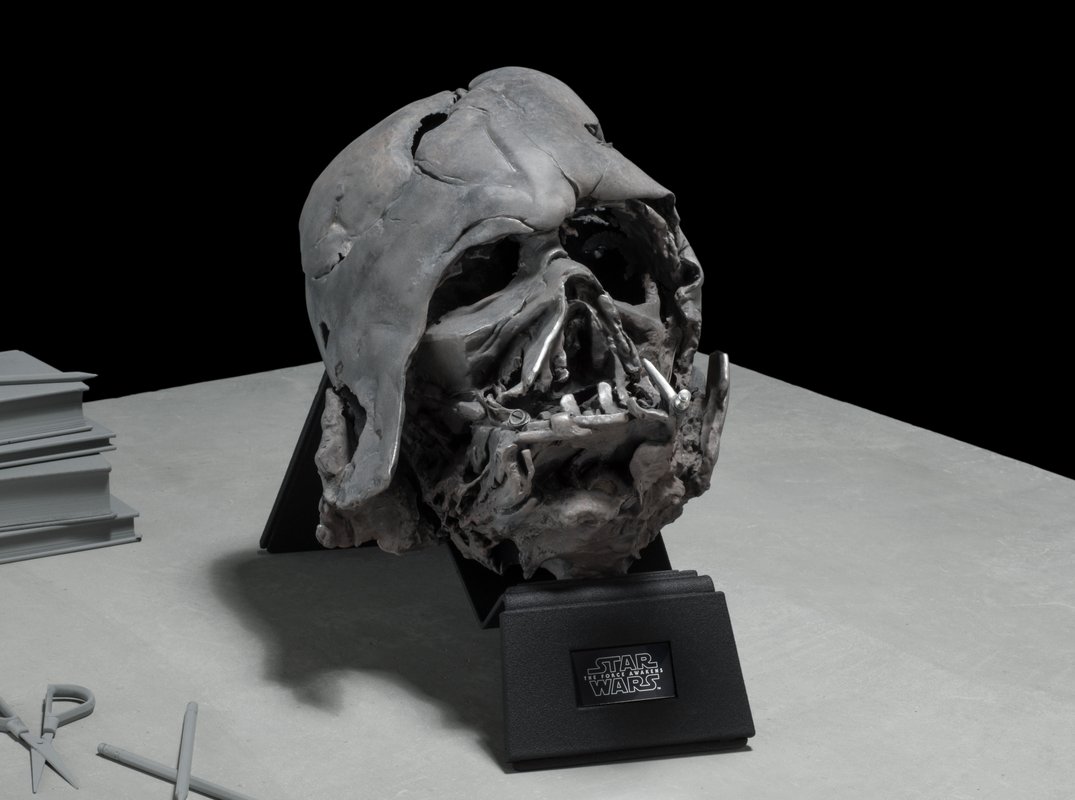 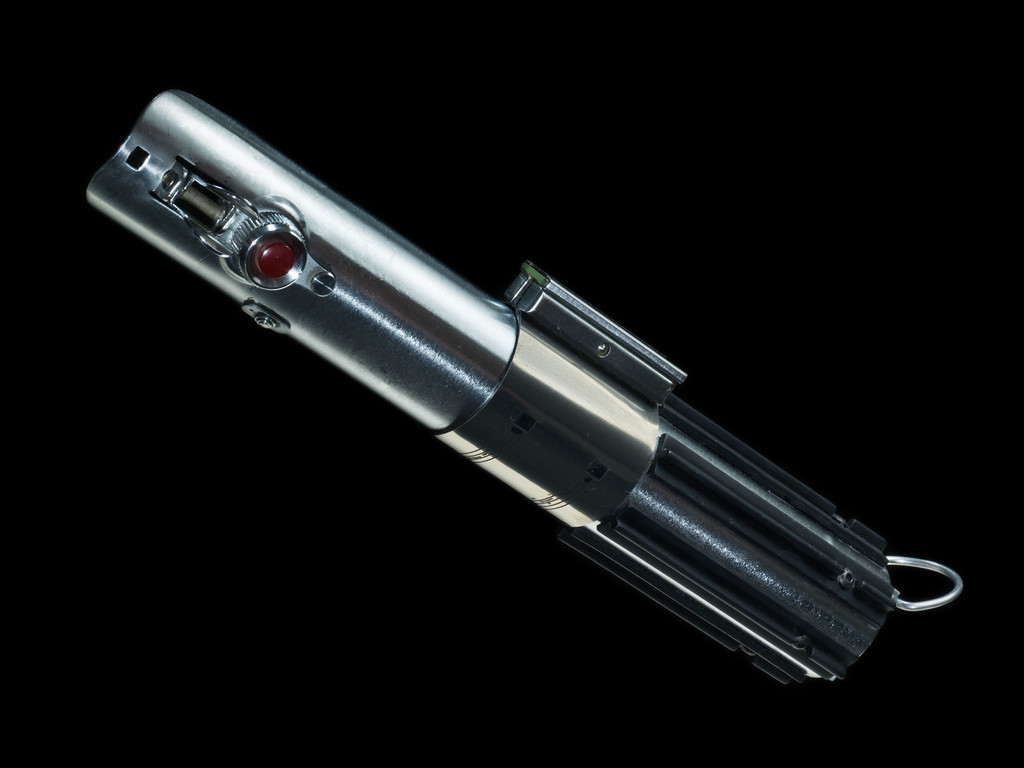 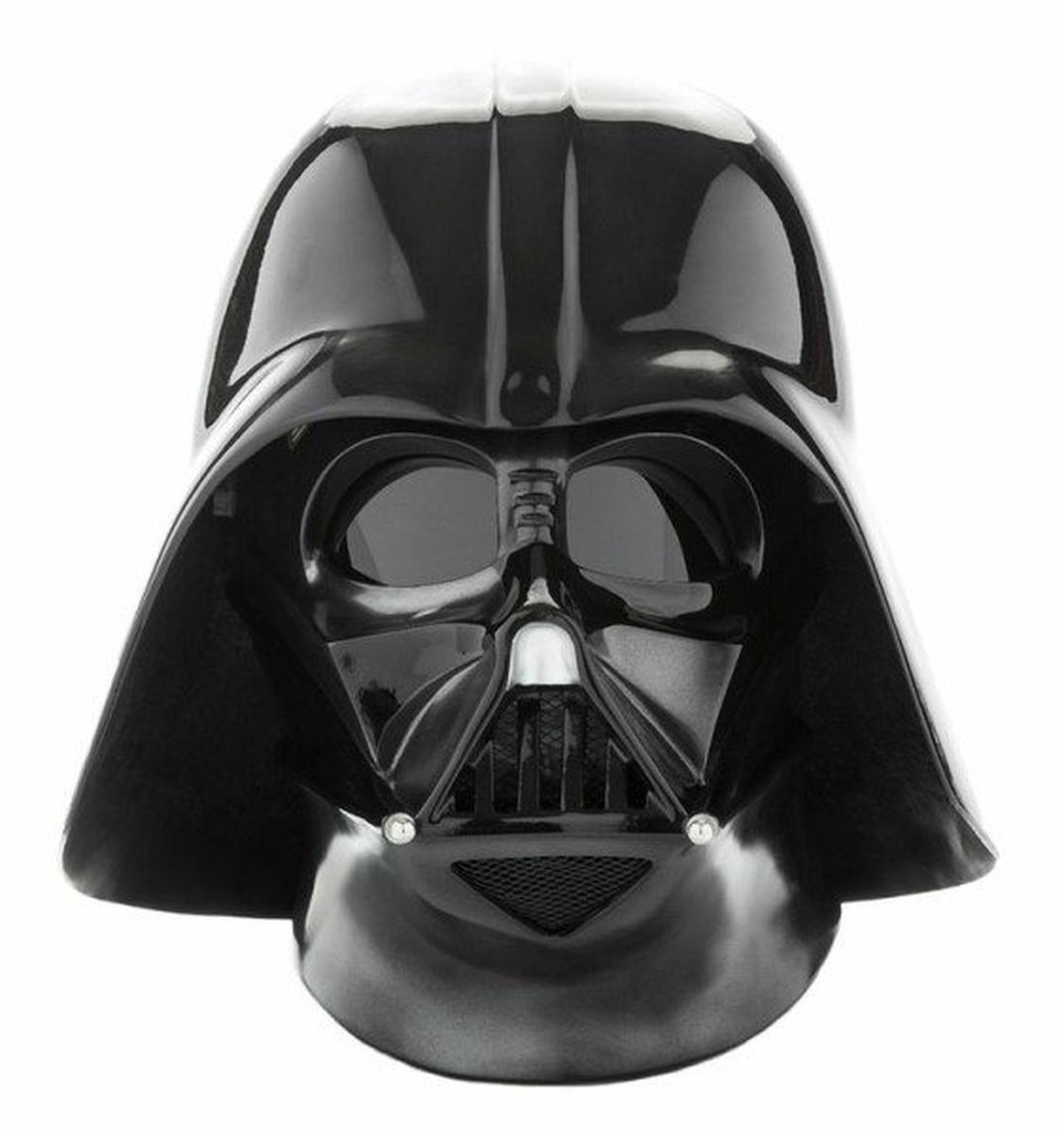 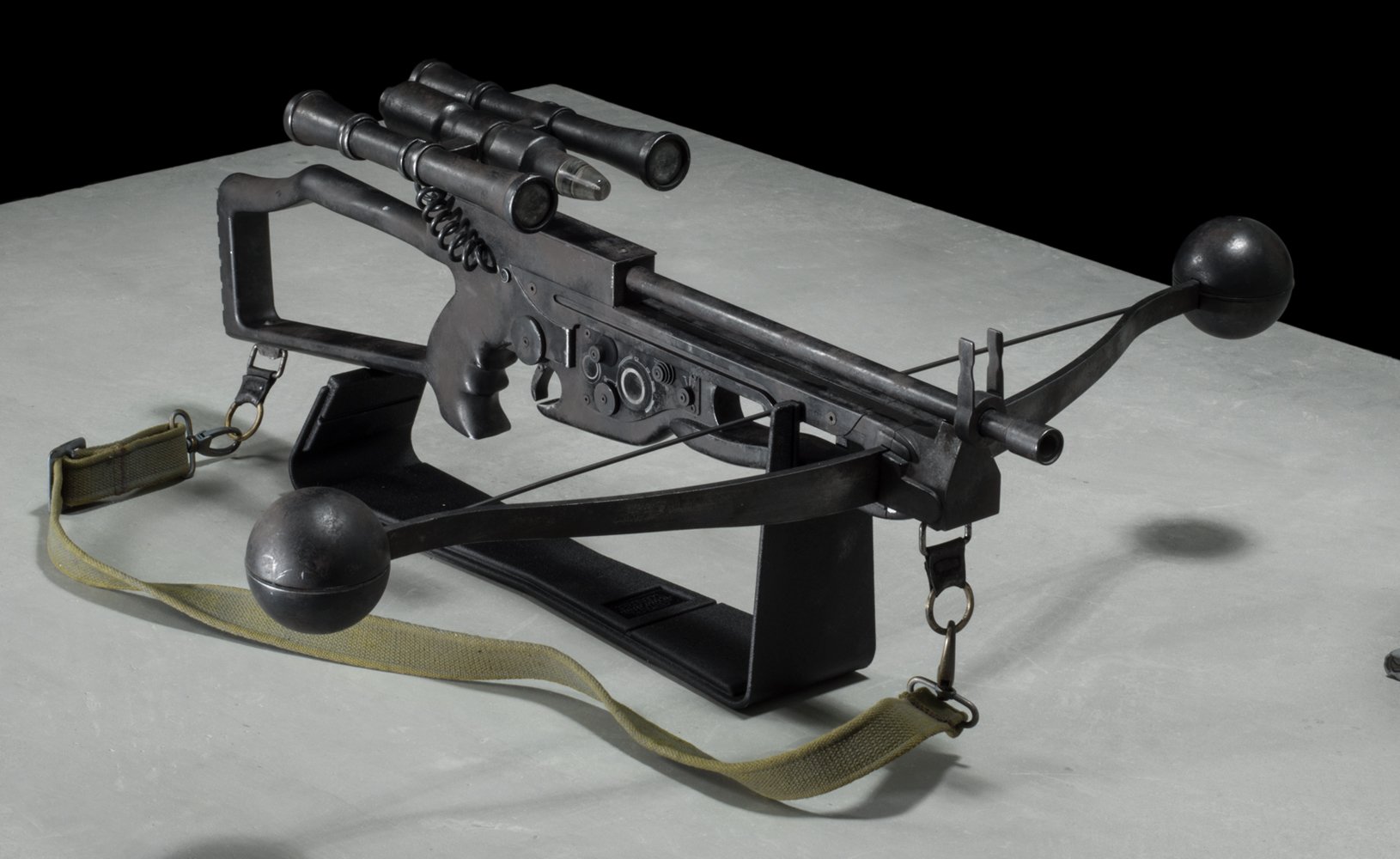 For some reason, Star Wars is not the official movie of America. It has all the hallmarks of the ‘Merican dream. From a farm boy with daddy issues who helps a scrappy group overthrow an evil empire to an awkward brother/sister kiss, all the way down to a spoiled, tantrum-throwing rich kid who gets whooped by a much smarter, stronger young woman; nothing shows what America is more than the Star Wars universe. With all the themes of the human struggle shown on the screen, few among us can’t relate to some part of this galaxy far, far away.

We all wish we could live in the land of rebel scum, but since we can’t, here’s __ of the best Star Wars props you can buy. Many are officially done by the Proshop at Pinewood Studios and licensed by Disney. Others are done by genius fans, with some older props done by pros from yesteryear. Each will make your own home can carry a little more Death Star chic for when you bring home a walking carpet from the latest Con.

EDITOR’S NOTE 2022: Many of these items were limited production and thus are no longer available today, years after we first published this article. As reader interest is still high, however, we’ve found some suitable alternatives which we’ll link you to. May the Force be with you, always!

Vader proved in A New Hope that a great villain can absolutely make a film, so it’s only fitting that the first offering be an homage to the infidel-choking asthmatic. The helmet uses the dual toned scheme that was apparent in The Empire Strikes Back, creating more definition. Under the hood, vents stay true to form, as approved by Lucasfilm.

Though there is little to celebrate about the Star Wars prequels, the lightsaber wielded by Count Dooku – AKA Darth Tyranus – added a little more flair and streamlining than the chunky options that had come before. Curved and dangerous, it comes from the craftspeople at Master Replicas who devote themselves to screen accurate work.

The first of the installments from the official Force Awakens set of armaments, the staff carried by desert scavenger Rey shows the care and detail that went into the simple stick that was her weapon of choice. True right down to the carrying strap, it’s engineered with love…and the force.

Once Rey dumps the staff, she upgrades with aplomb to a blue-bladed hunk of hardware. As simple, elegant, and pragmatic as the young Jedi herself, it comes to you in a wooden crate akin to the packaging from The Force Awakens.

The difference between Ren and Rey is obvious in this piece of showy tomfoolery. Needlessly aggressive to the point of being as dangerous for the bearer as their foes, the awkward cross-bladed lightsaber of the sith lord would be laughable, were it not so fiendishly deadly.

Though this is a fan reconstruction, we found it to be ideal for the true fan who prizes form over cute certificates of authenticity. Made entirely of steel, the anchoring bolts are screws without an ounce of glue to be found, giving it a dense heft to go with its working trigger and hammer action.

Poe showed both the dedication and heroism inherent in the adherents of the rebel forces, along with miles of style and the roguish qualities that prove he should never be counted out of a fight. Carrying the insignia of the alliance, the color scheme is a serious upgrade from the first Death Star days of X-Wing fighter pilots.

The helmet that created a rebel from a clone drone, there’s few moments in the Star Wars canon as memorable and as iconic as the blood-streaked visage of a stormtroopers otherwise pristine white uniform. From these humble beginnings, hero Finn was born.

The fact that the most beloved sith lord could whip this around while wearing a cape without catching on fire shows just how good his swordsmanship was. Showing off a grim, yet intelligent makeup, there’s no wasted space on this piece from Master Replicas.

Darth Vader lite, Kylo Ren was clearly trying to emulate his idol’s dark and foreboding mask with this helmet. Obviously a showpiece for a budding power still in his infancy as a sith, it’s cute more than menacing, like a Camaro skunk striped with spray paint.

The mechanics of needing a blaster that looks like a crossbow have long been lost on us, but that doesn’t make this piece of history any less beloved. Before Daryl Dixon ever took down a walker, there was this bow to show why Robin Hood was a sissy.

Sold Out! Purchase Alternative (though you’ll have to buy Chewie, too!)

Whether you side with the empire or the rebellion, there’s one character we can all root for: and that’s Artoo. More human than most of us, sassy even in naught but whistles, and heroic despite being a rolling trash bin, he’s a piece of us all.

The final stroke in the official recreations from Lucasfilm and Disney, the warped helmet that became a keepsake for Kylo Ren is a macabre look back at a true villain. Though, it does beg the question: How did a little wood funeral pyre melt the metal down so much?

A nice counterpoint to Poe’s helmet, Luke’s skullcap from the original trilogy is replete with nostalgia for a simpler time when a lazy contractor’s vent and a couple photon torpedoes could take down a moon-sized space station.

Like Old Ben himself, this lightsaber is nothing fancy, but dedicated to the task at hand. Far more elegant than a blaster, it’s evident from the circular build that Kenobi specialized in the Way of the Mynock lightsaber form. Defensive and gentle, smooth and flowing.

While barely a footnote when compared with items such as the speeder bikes used on the forest moon of Endor, we’re nonetheless impressed with the devotion that this speeder shows to honoring the being who brought down Qui-Gon Jinn