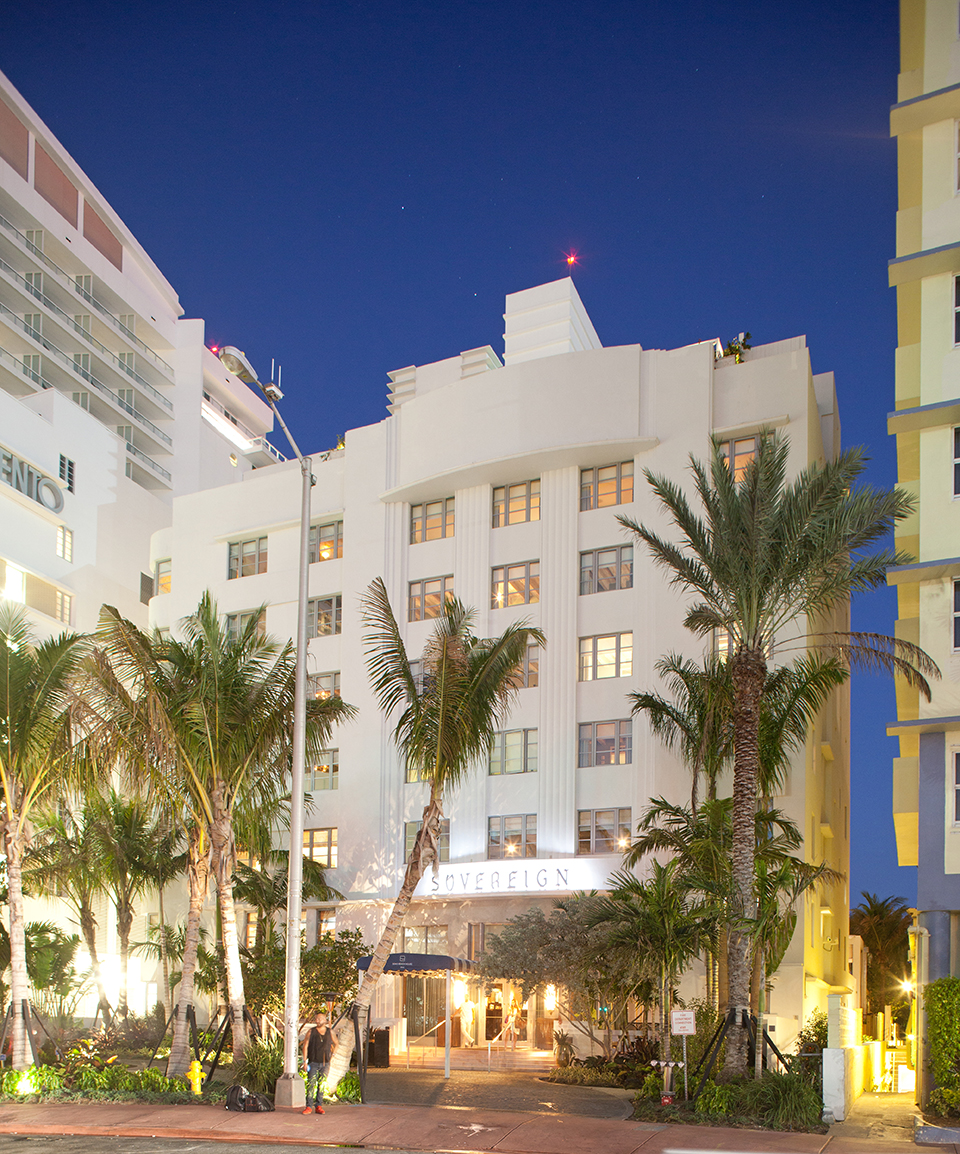 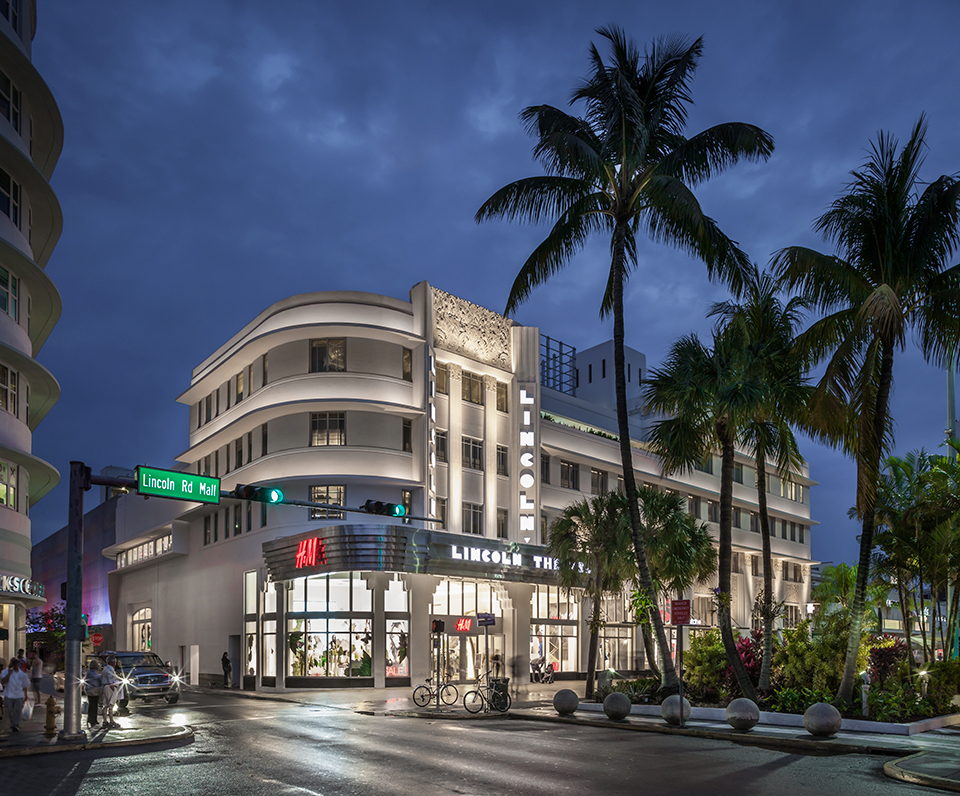 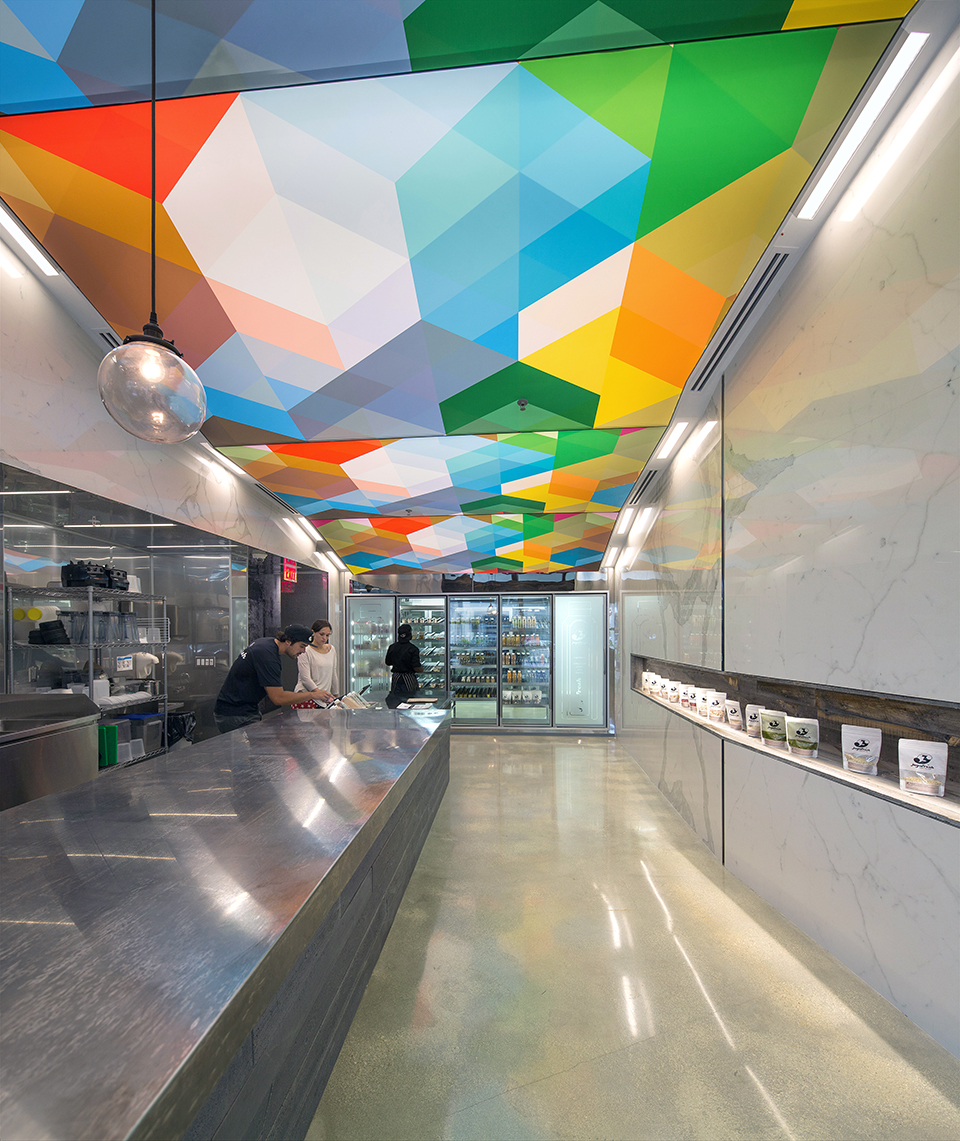 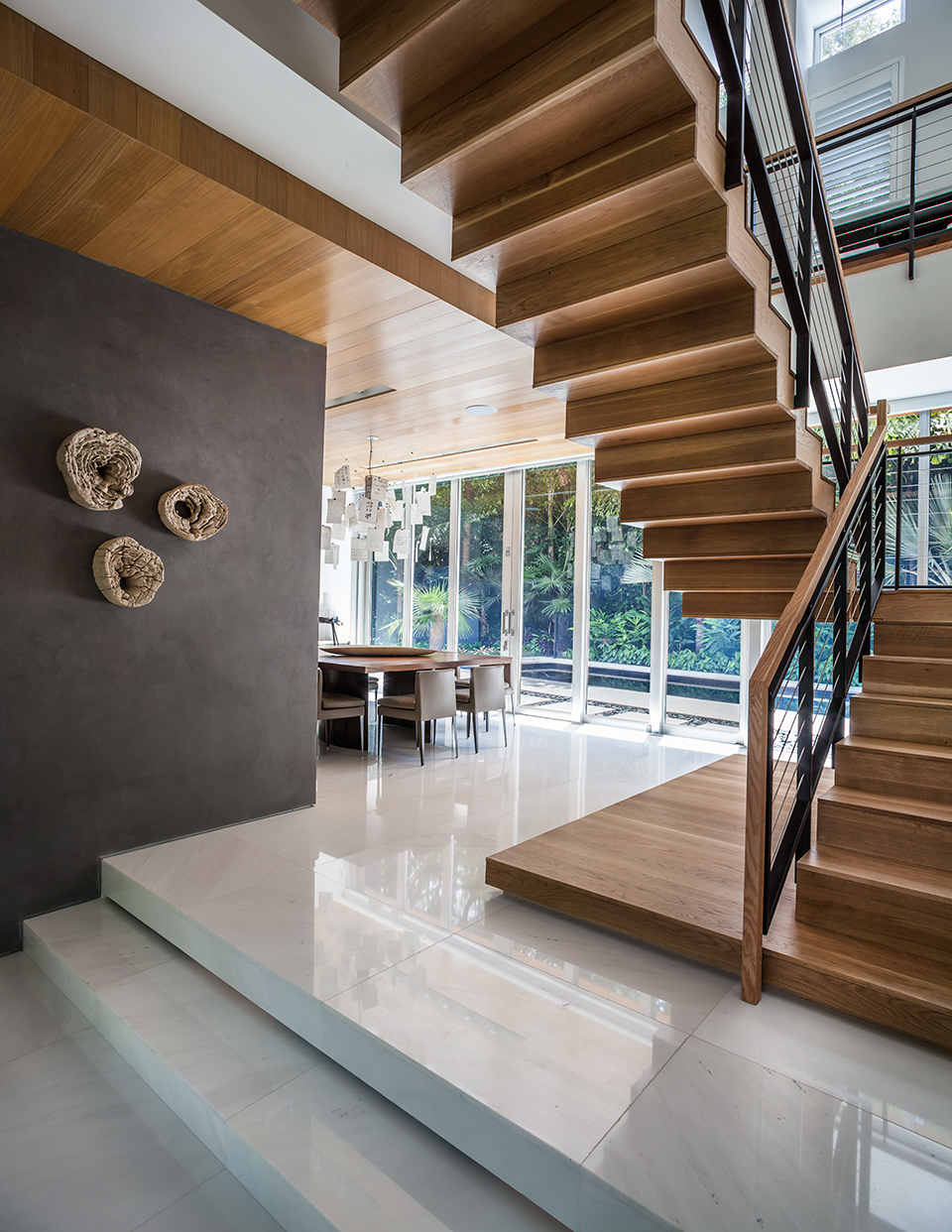 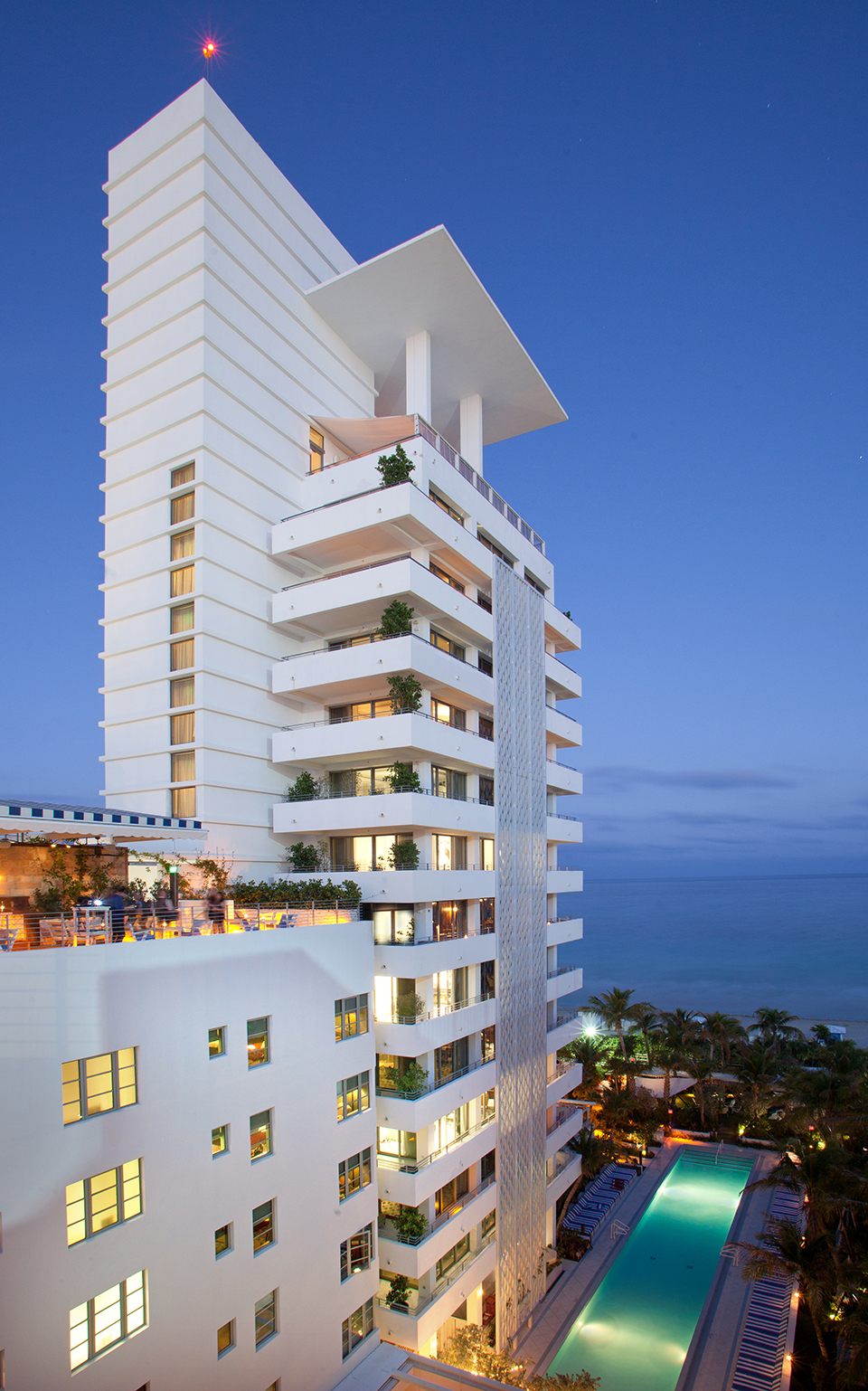 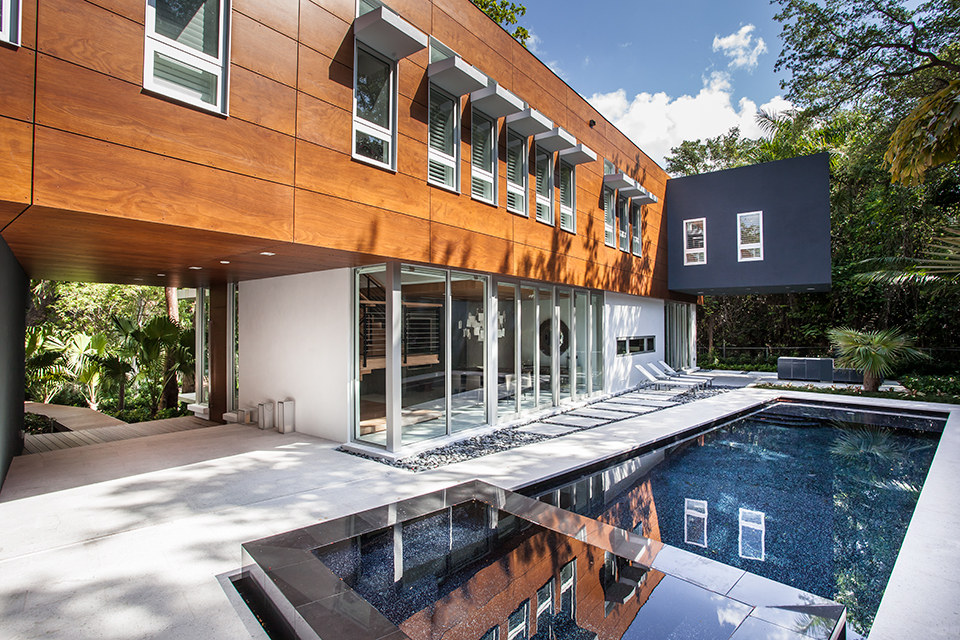 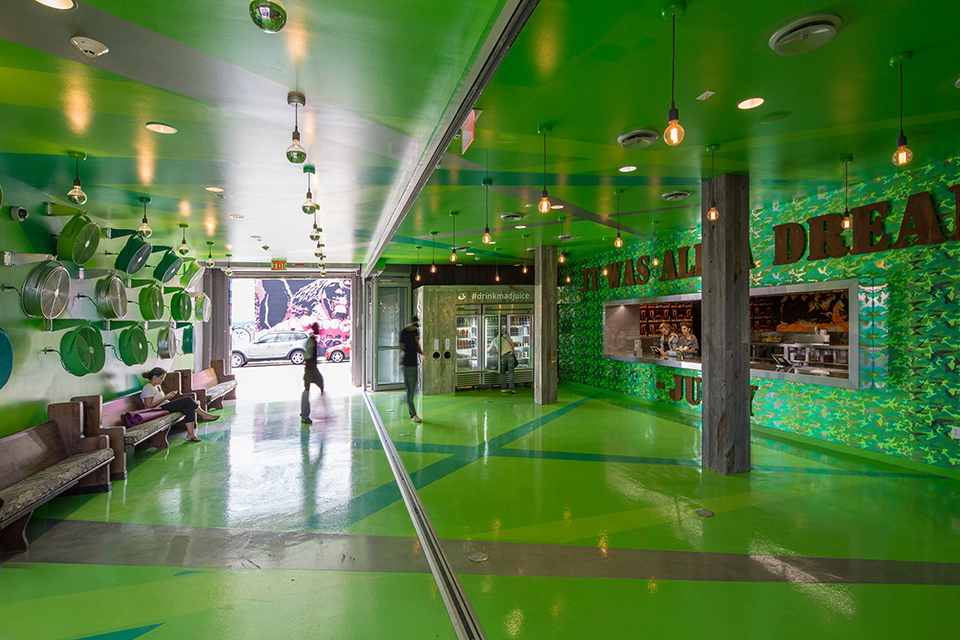 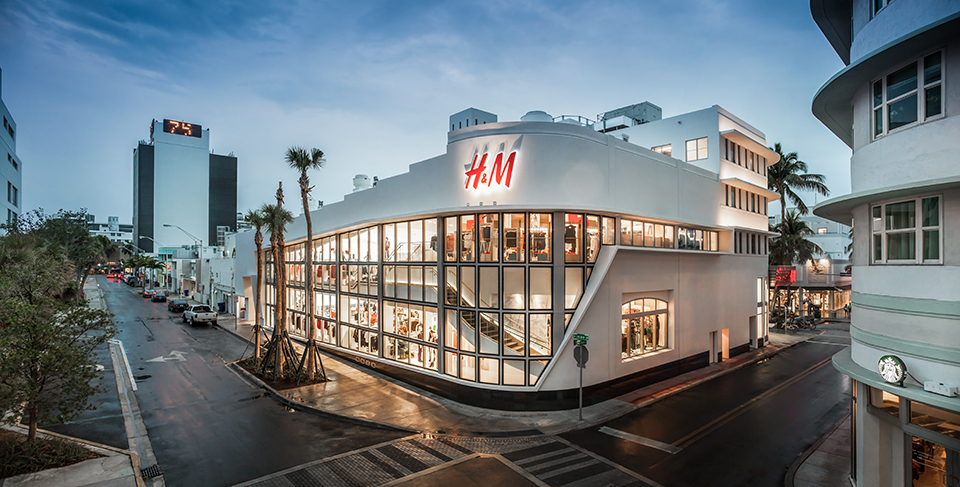 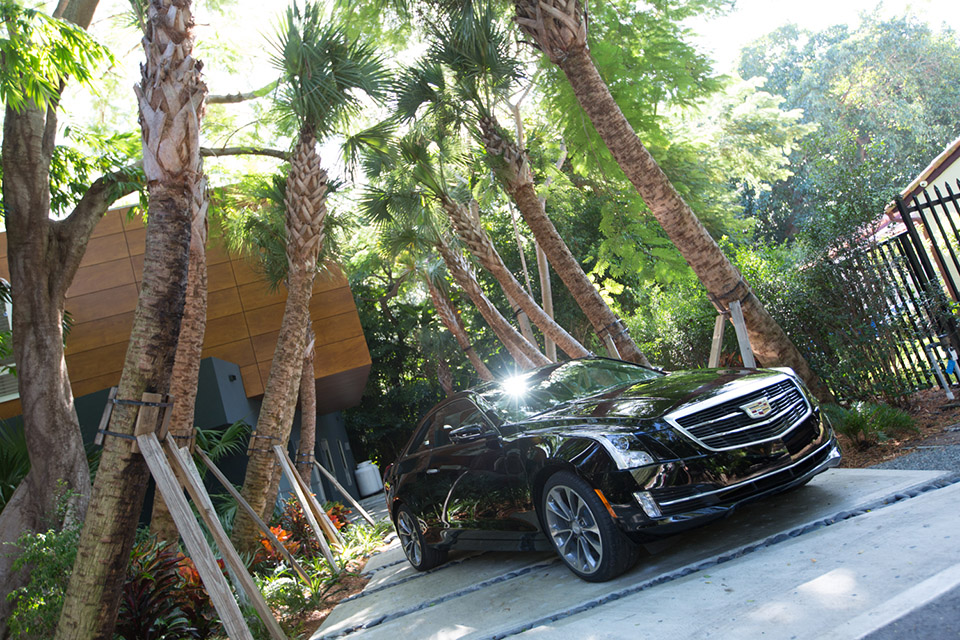 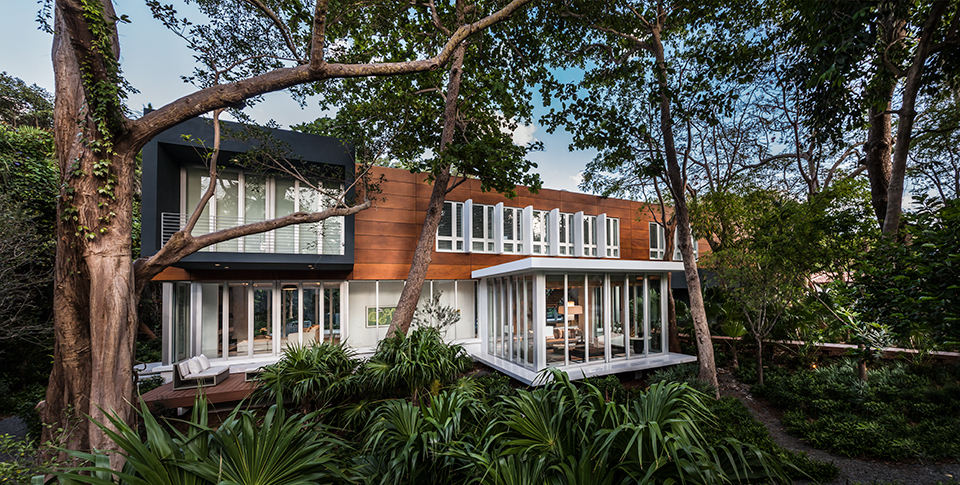 In a sense, the city of Miami is a collaborative project. It’s a city that is greater than the sum of its parts, crafted by designers and inspired by history, nature and culture. It has featured a long line of architects that have guided its evolution. One of the latest design custodians is Allan Shulman of Shulman and Associates. Shulman and his firm have received more than 60 design awards for their work in Miami, providing a signature approach to tropical modernism across the full architectural spectrum. Shulman has worked on hotels like the Soho Beach House, retail projects like the Lincoln Theater H&M and private residences like the Camp Biscayne House. I sat down with Allan Shulman for a discussion about the city of Miami, how it inspires him as a designer and where it’s headed in the future.

Seamus Payne: Miami is perhaps the most distinguished architectural environment in the United States. How has the city’s architectural history inspired your work as an architect?

Allan Shulman: One of the things that attracted me to Miami was that the city has its own distinctive history and character. The influence of the climate and the city’s distance from everywhere else in North America allowed a distinctive architectural environment to exist, to grow and to be different. People came here because they could be different. Architects took the chance to develop something that responds to that vibe. So I think that I’m in a line of architects who have been inspired by the freedom you have in Miami. It’s an outpost where people are open to new ideas, where the climate and topography and history combine to suggest new directions for me as a designer.

“Architecture is an art that’s balanced between functionality and aesthetics. Automotive design shares that.”

I emphasize tropicalism in my work. I also respond to Miami’s metropolitanism, the growth of this area as an urban organism. This metropolitanism inspires designers like me to think about new ways to approach public space, to work with the streets, to create buildings that also build the city at the same time. Miami has a certain syntax, a certain language we share here. It’s driven by all of these influences that came from so many different directions and have merged here in so many ways. That’s another facet of this city that I respond to.

Payne: So you might say the city is a collaborative work.

Shulman: It is a collaborative work, absolutely. 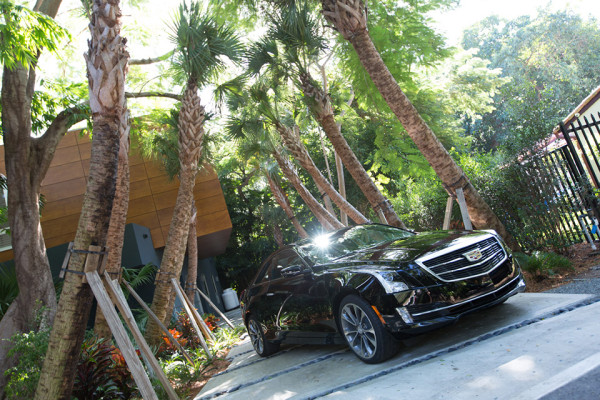 Payne: Usually in a collaboration like this, there’s a common design language people use to communicate. In the context of Miami, I’ve always been curious about how municipal code guides, restricts or enriches the work of an architect. It has always seemed like, on some level, there’s a shared goal written into the city’s language.

Shulman: Codes are very stringent in Florida on a number of levels. If we’re talking about urban projects, there’s the design review, historic preservation and zoning codes that govern a building’s appearance. Miami has a lot of process. Most of the projects we’ve developed have to go through this process that involves all the players — the city boards, neighborhood associations, even individual neighbors. It’s all part of the collaborative environment. Each project we work on goes through a process of demonstration, explanation and consensus building that involves other players giving input, helping to formulate the final product.

In the case of building code, it’s a very stringent environment. Certain codes were written after Hurricane Andrew to make buildings resistant to hurricanes. Almost every part of the building has to resist hurricane force. Some of the things that we would like to do can be difficult to achieve within the code, but we try to be creative and invent a new solution that fits the goals of the project.

My take is that the codes make Miami a better city. Not because it’s coded, but because the code drives us to think through exactly what we’re doing and to either challenge the code or find ways to work within it. It sets up challenges that have to be overcome.

[images used with permission by Shulman + Associates, by Emilio Collavino and Robin Hill]

Payne: I’ve noticed throughout your career that you’ve also worked as an author and editor, and you’ve taken to advocacy in situations like this where you’re speaking to groups that are interested in design. At what point do you think you transitioned from architect to advocate? How important is this to you as an individual and a creator?

Shulman: The moment where I felt like I became an advocate was when I moved to Miami. In New York, where I was living and working before, I had a good job and I was working on some interesting projects, but when I moved to Miami the feeling here is that the project is the city. The project really is the city. So there’s a lot to do. This whole movement is being built, institutions are changing, there’s a lot to get involved in, and there’s a lot to say and a lot to research. One of the things that I became very engaged in is researching Miami’s architectural history and its urban history, and beginning to bring these themes of the past back into the present. 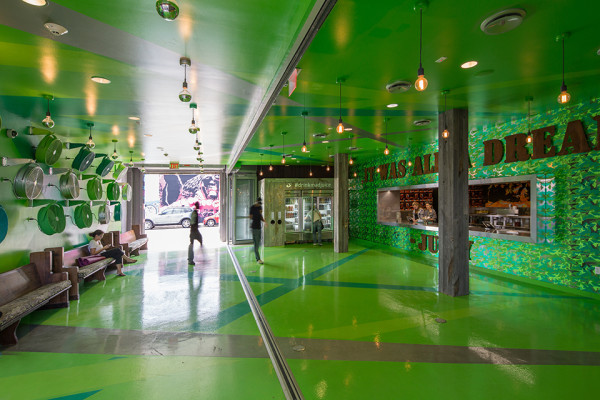 Payne: Earlier you spoke of Miami’s tropicalism. How does the natural environment of Miami influence your design? Especially in examples like the Camp Biscayne House?

Shulman: One way that we incorporate tropical design is by encouraging the abstraction, the diminishing of difference between inside and out. In a traditional house, you’re inside, and when you open the door, you’re outside, but we try to create nuanced degrees of enclosure. So you start outside, then you come into a stage that is outside but covered and enclosed by walls, and then you come into a room that is enclosed and air conditioned but open, and it feels like you’re in an indoor/outdoor environment.

We also try to think of the outdoor environment as a room as well, or a series of rooms. For instance, in the Camp Biscayne House, it’s important that the site is not the leftover space around the house, but we think of it as two different rooms, there’s the room in front, which is the lush environment, the solution hole of limestone, and on the other side is the sunny, grassy zone that is more open in character. Both of these spaces are part of the design of the house.

I didn’t cede the outdoor space entirely to the landscape architect, we wanted to design those spaces to achieve certain effects of closure, certain effects of canopy, and they work with the house. In the back, there’s the area where the master bedroom cantilevers over the yard to create a outdoor living room or outdoor kitchen, and that’s another type of outdoor room. I guess what we’re really trying to do is break down the conventional barriers between inside and outside and work in that in between space. We’re trying to elaborate that in as many ways as we can.

Payne: I live across the state in Tampa, a city that is still very young in its architectural development. What can a city like mine learn from a city like Miami?

Shulman: One of the things I feel is so interesting about Miami is that this city does offer lessons. It is kind of a model in some respects. I feel like now is Miami’s moment, just like other great cities that had a moment in their history when they became something really important in the world. You think of Paris in the 19th century or New York in the 1920’s, when the city generated images that traveled around the world and influenced other places. That’s what I think is happening in Miami now. So what can Miami teach? I think the fact that we have to pay attention to our climate and landscape — that can be instructive. Here we have to consider the climate in some respects. We have very strong sunlight, very strong rainfall and then no rainfall, high humidity and hurricanes and flooding, so the attention to sustainability is something that can be shared.

I think Miami is also a model of metropolitanization and urbanization. Miami was never planned to become what it is today. Some people foresaw that it might become a great city, but others saw it as a distant resort city. Miami is changing so radically in its urban core right now. I don’t know of many American cities that are going through quite the transformation that Miami is. It’s not like Miami has a great public transportation system or a tradition like that, so I think there’s lessons in that which other American cities could explore.

I think the role of design is another influence. For instance, we’re in a very competitive design environment here. Design influences where tourists want to stay, this hotel vs. that hotel, so the competition actually creates a design-friendly environment. Design becomes a branding tool for projects in the city as a whole. I thin there are cities that could learn from that. Good design begins to add value to everyday projects — not just spectacular projects like a museum but everyday projects like apartment buildings, civic buildings, all kinds of buildings across the entire spectrum of architecture. 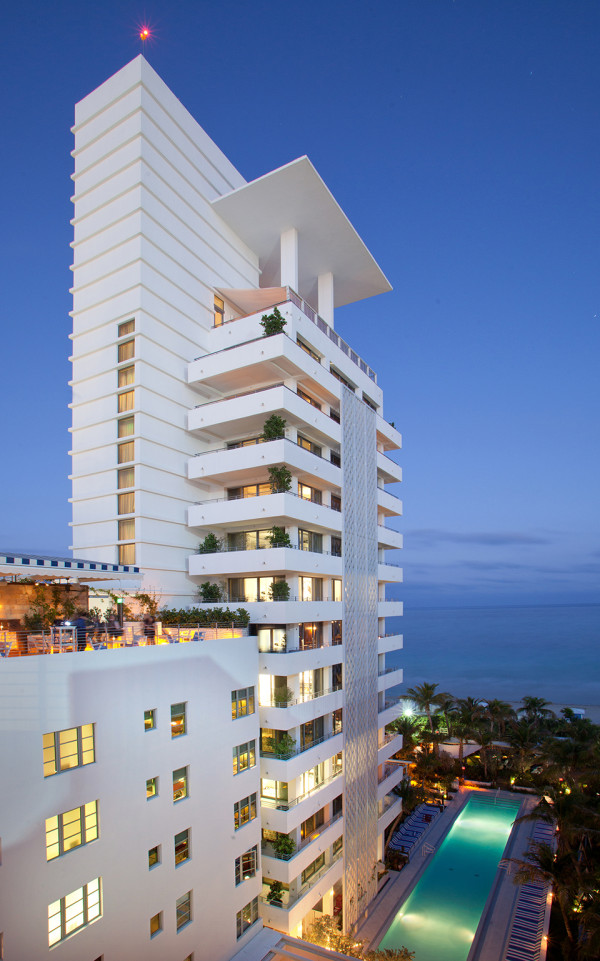 Payne: Since #DrivenByDesign is a Cadillac event, we’ve explored this architecture in Cadillac vehicles. As an architect, where do you see commonality between architecture and car design? I ask this having just stepped out of the distinctly architectural 2015 Cadillac Escalade.

Shulman: Well, design is design. I think that design is something that I can apply to buildings and brands like Cadillac can apply to automobiles. It’s not like we use the same tools, but I think design is the thoughtful process of considering all the aspects of what you hope to achieve and responding to different criteria to synthesize it in a new, useful, creative and beautiful way.

I think one thing that auto design and architectural design have in common is that there’s a functional side that has to do with structure and mechanics and materials and technology that has formed a basis for the project. At the same time, design is about adding something else — design is about meeting human needs, exceeding human expectations, surprising people, and creating something for the eye, the body or the ears. Somemthing for the senses. Architecture is an art, but it’s an art that is balanced between functionality and aesthetics. I think all design shares that, and certainly automotive design shares that as well.

Payne: Where do you see Miami design in the next quarter century?

Shulman: One prominent issue for architects and residents in Miami is climate change and sea level rise. We wonder what effect more water will have on the city. I’m an optimist. I believe that change happens slowly enough that we will adapt. New solutions for the city are already being invented, on an academic level and a professional level. Miami has a history of adaptation. It’s a fast-moving city; things tend to develop quickly here.

In terms of stylistic change, technological change — all that is up for grabs. And I’m looking forward to it.

[images used with permission by Shulman + Associates, by Emilio Collavino and Robin Hill]