In a world where Apple is busy upgrading and tweaking their iPhone design, while simultaneously adding a lot of heft to their price tag, more and more people are breaking away from the overpriced, over-hyped phones. After Samsung’s Note 7 began blowing up in people’s faces, and the 8 started showing signs of coloration flaws, to say nothing of Apple removing their headphone jack so they could sell you more expensive accessories, minimalists are looking toward the lower priced end of the spectrum, and seeking cell phone plans with groups like Ting, that put control in your hands and charge you only for what you use.

The beauty of a competitive technological market is that it provides smart solutions that are kinder on your budget, yet still bear much of the latest technology, without needing to pay the inflated prices for extreme graphics cards you’re unlikely to use. For under about $200-$250 you can get a screaming fast phone that can more than handle all your daily duties, and isn’t stuffed with bloatware you don’t need, or saddled with a contract that overcharges you. When you’re ready to save green but still stay competitive, here’s the best inexpensive cell phones around.

As the big dogs in the industry battle for making the most expensive piece of technology they possibly can, they also discard and discount many of their older models, which you can then snap up for a tiny bit of cash. Anything out of the Galaxy line (with the obvious exception of the explosive Note 7) can be had for a minimal investment, and it bears specs that are still highly competitive. Think of it as buying a used Harley instead of a brand new Yamaha.

Anyone looking to go with a premium prepaid phone should consider the massive 6″ Max XL, as it bears a crisp, responsive display that doesn’t disappoint, even when watching videos in brightly lit environments. Though it has a 13MP rear camera and a 5MP selfie-snapper, the 2 gigs of ram and sluggish 1.4 GHz octo-core processor tend to make it feel a little less than it is, particularly if you’re hoping to capture movement or really clean close-ups. It is dense, feeling solid and weighty in your hand, which is reassuring and speaks to the sturdy design ZTE mostly landed with this mid-range monster. Purchase: $100

The biggest selling point of the Redmi Note 4 is the ability to pick from a set of different RAM loads, which isn’t always the case on less expensive phones. The biggest downside is the Chinese phone isn’t beloved by all carriers, so make sure whoever handles your plan can make friends with Redmi. It also comes with a lot more bloat software than we’d like, making it comparable to Samsung for sheer unwanted additions. That said, it’s diabolically cheap, staying below $200 even if you go with the bigger storage and denser RAM loads. The dual cameras are decent, if not eye-catching, and the Snapdragon 625 processor is a jackrabbit. Purchase: $169

Made out of sturdy aluminum and bearing a handy fingerprint scanner, the Honor 5X manages to turn its mixed bag of low and high-end gear into a package that is not only high-functioning, but looks more professional and impressive than most anything in its price range. Where Huawei skimped was largely on storage, though expanding from the standard is easily done with a MicroSD that adds nearly nothing to the price. The biggest black marks against the 5X are the ancient Android 5 operating system and pathetic camera performance. Taking a shot indoors will look soft and tinged with blue-gray, so aspiring photographers or Instagram models need not bother. Purchase: $190

Motorola’s G line has always been a stellar way to get a quality phone for pennies on the dollar, and the G5 Plus is no exception. Honestly, we’re not sure why you would go with anything else, as the metal G5 can handle splashes of water, and feels like a much pricier piece than many of its contemporaries. It’s universally unlocked for capability of working with any carrier in the US and UK, Android Nougat comes loaded on it, and you can even operate the whole thing using the fingerprint scanner as a touchpad. The only major flaw is the lack of NFC (Near Field Communication) and the weak on-board speaker. RAM is modest at 2 gigs, but the octa-core Snapdragon processor makes it feel poppy and quick. Purchase: $230

One of the rare Chinese phones to really punch above its weight class, the UMIDIGI Z 5.5 is another option that might not always be beloved by US cell carriers, though most GSM networks accept it without a misstep. It uses a deca-core processor, which makes the 4GB of RAM really go for broke. Fleshed out with a fingerprint scanner, a 13MP camera, and a nice Android install that isn’t swimming with unnecessary software. Most striking is the fully metal unibody design, which bears a smooth aesthetic that goes right along with the 1080 x 1920 full, True HD display. Purchase: $230

Lenovo absorbed Moto phones, and seem to be putting much of their focus there, rather than on their own devices. The P2 is certainly a strong, likeable contender, though it doesn’t run the latest version of Android, which could easily be a dealbreaker if you’re looking for a lot of bang for your buck. That slight drawback doesn’t seem to inhibit the P2’s performance, as it rarely misses a beat, making the most out of the software it has, and using the power of the 625 Snapdragon to give you a lovely screen, seriously enjoyable speakers, and a far longer battery life than you’re likely to get anywhere else. The lack of a bleeding edge OS also allows you to get a load of RAM and storage to spare without busting your budget. Purchase: $249

Though hardly cheap at more than double our $200-$250 limit, the appeal of the OnePlus 5 is that it can go nose to nose with the likes of the Galaxy S8 and the iPhone 7 Plus for hundreds less. It’s got the powerhouse Snapdragon 835 under the hood, which can be found in most top-tier phones, though the OnePlus 5 also has more RAM than you’ll get with most of those choices, giving it a nasty edge that easily makes it a flagship killer. Bluetooth 5, fast charging, and a real headphone jack round out this festival of wonders, leaving few areas wanting. Purchase: $479 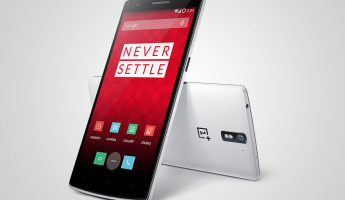 Mobile
7 Alternatives To The iPhone 7 For Upgrading Smarter

Computer
How to Choose Computer Parts for DIY Tech Upgrades 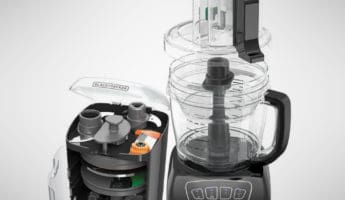 Food
Making Mincemeat: The 7 Best Food Processors
TheCoolist is supported by our readers. When you buy through links on our site, we may earn a commission. Learn more.
Let's connect
What’s Hot
Join TheCoolist
100% free, unsubscribe anytime.