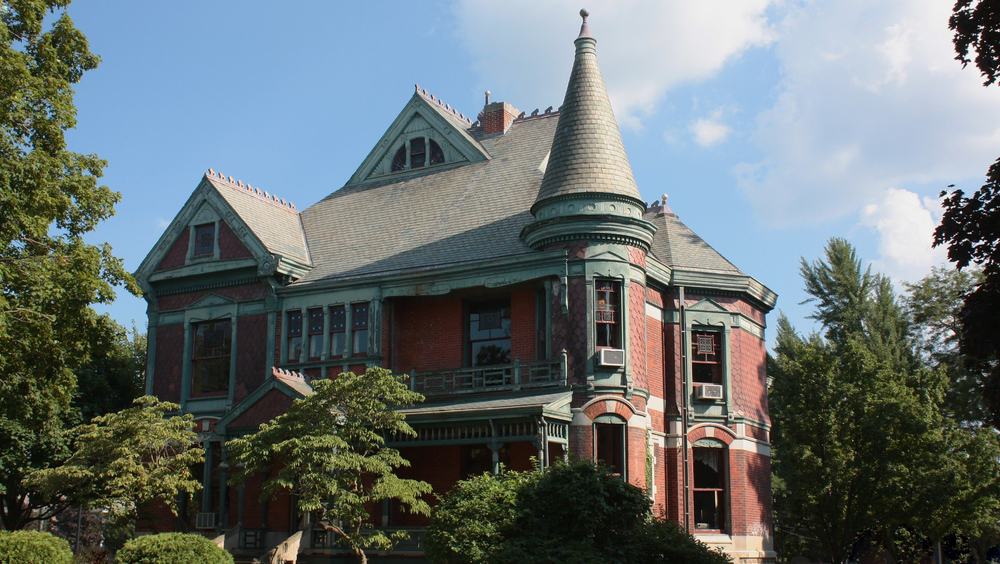 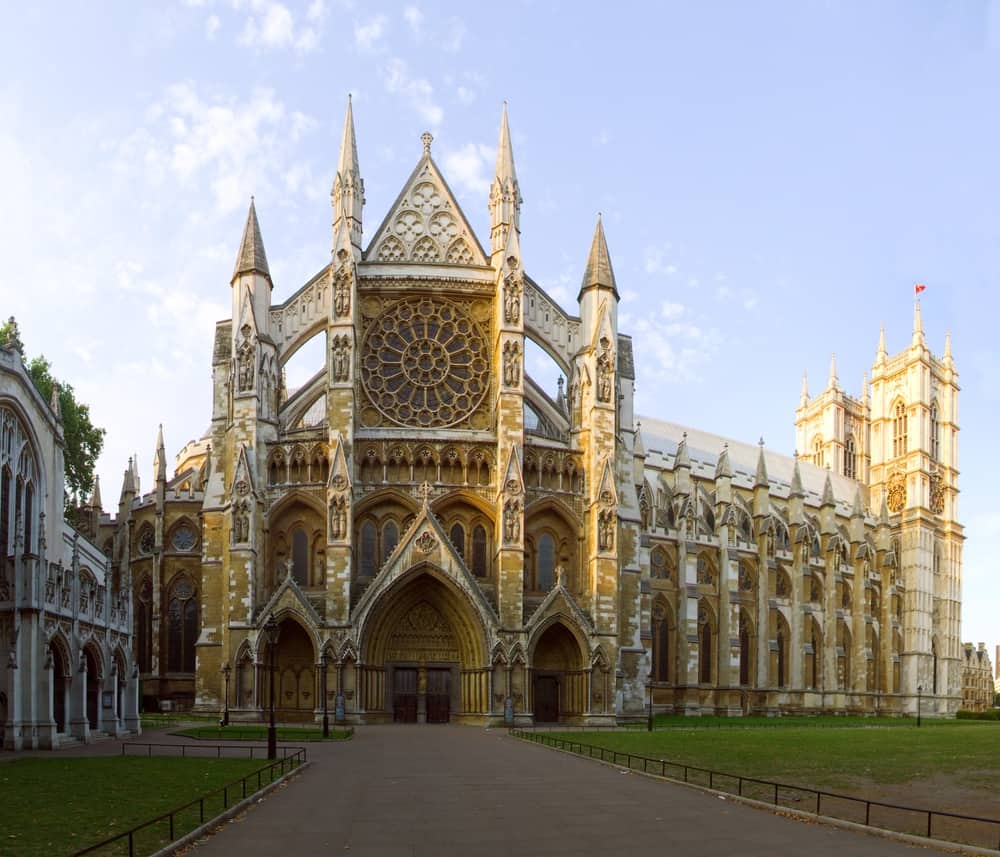 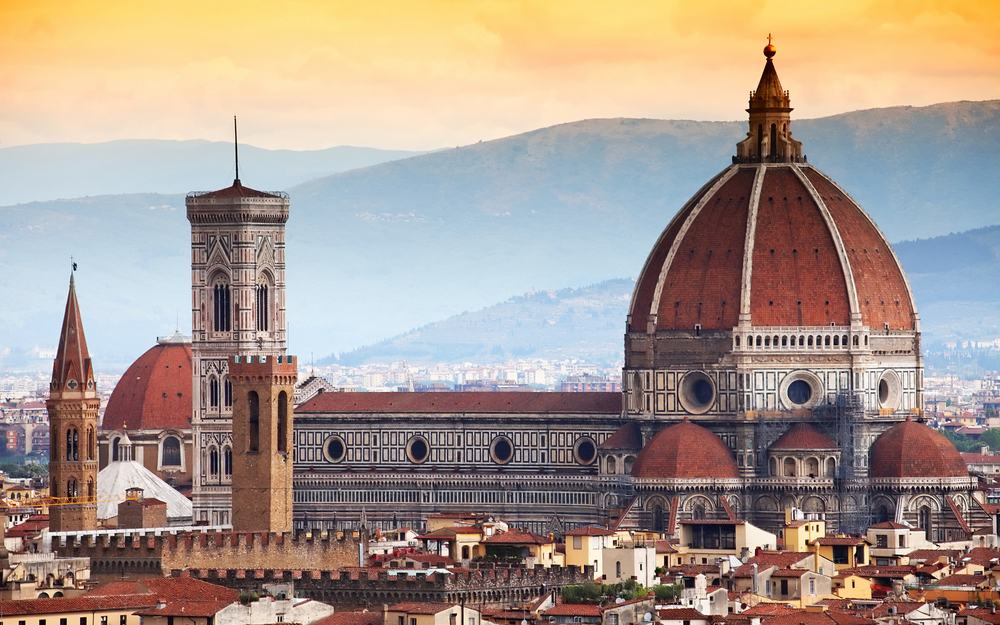 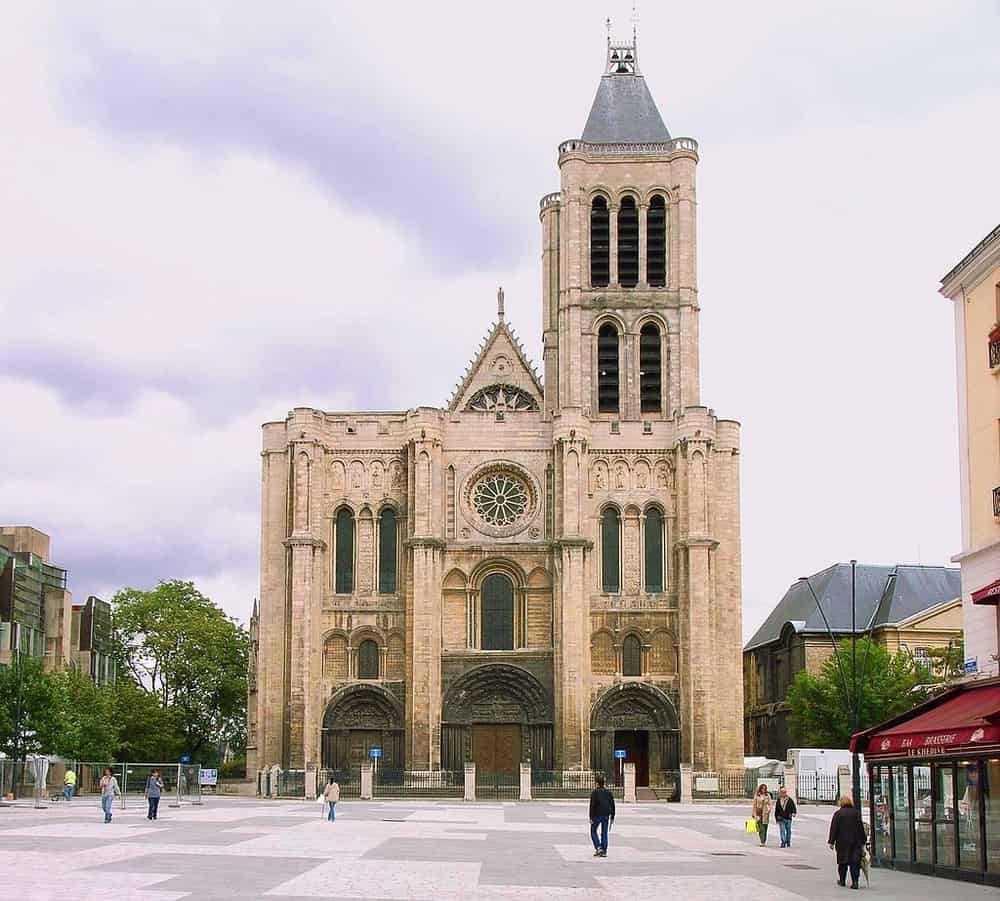 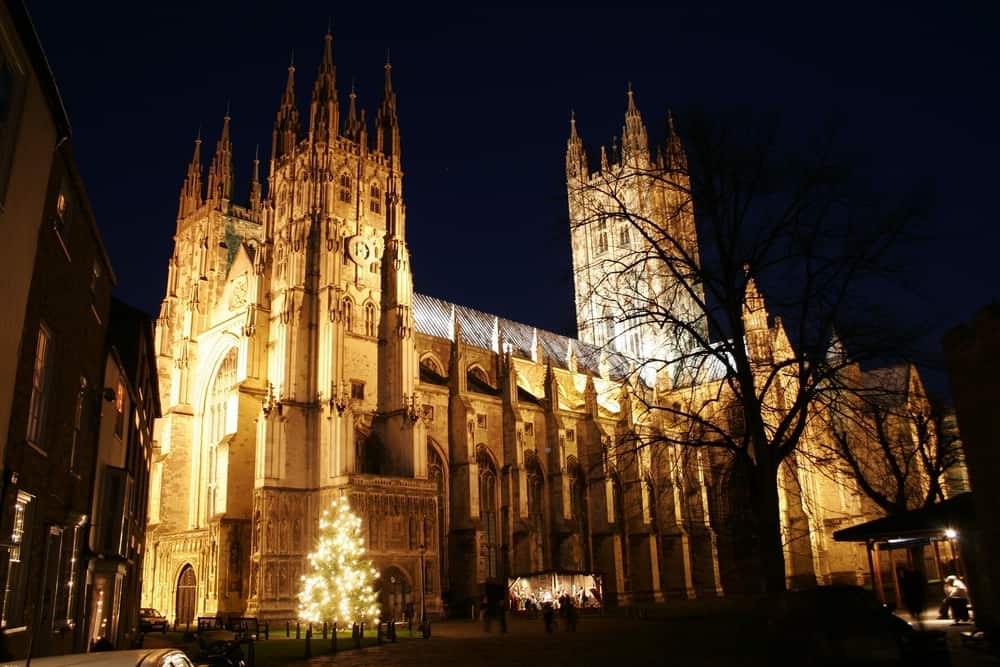 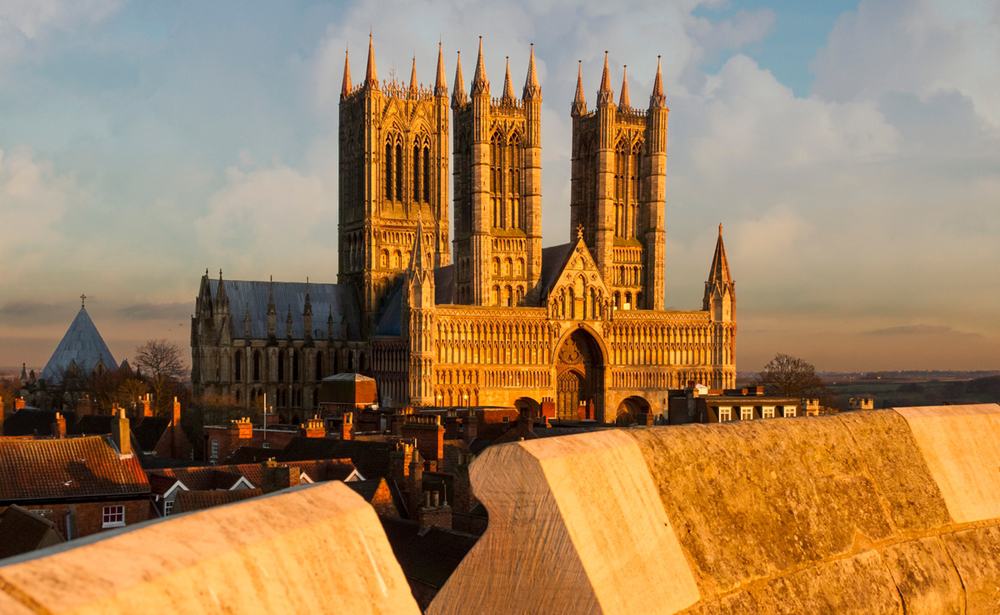 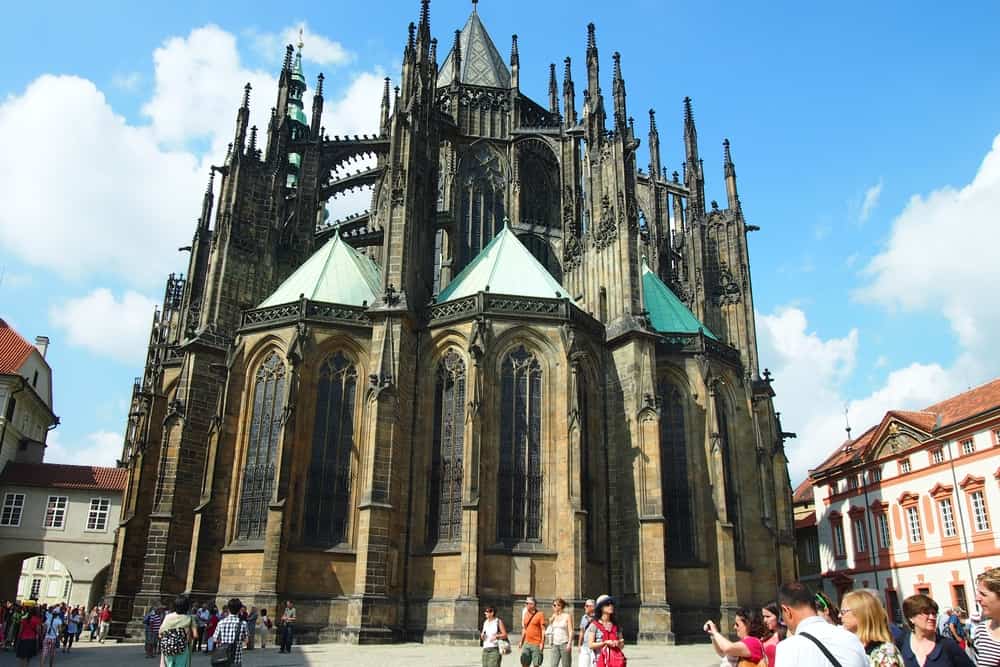 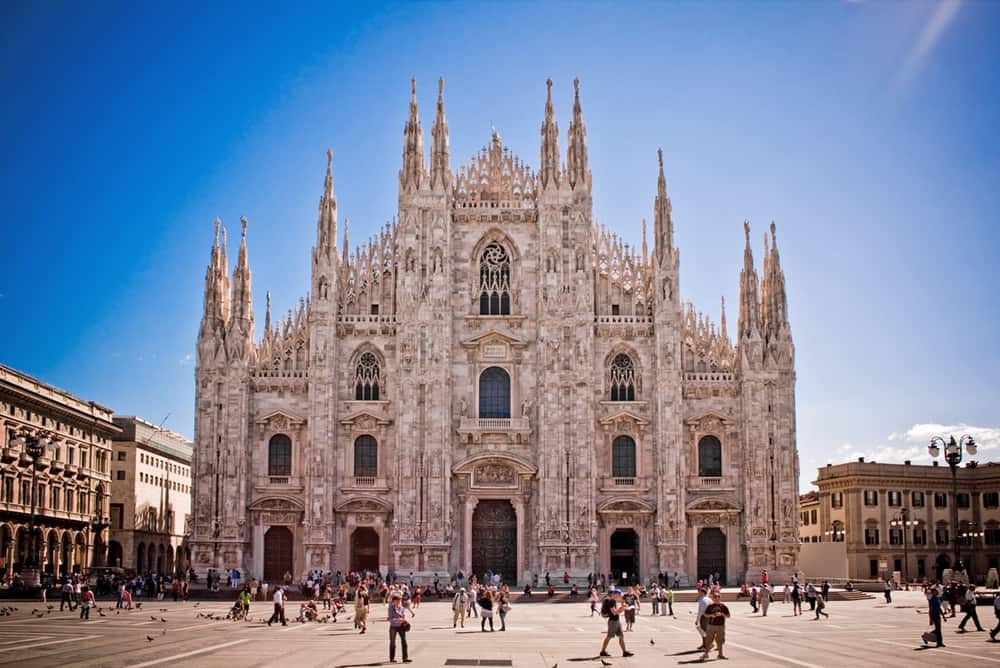 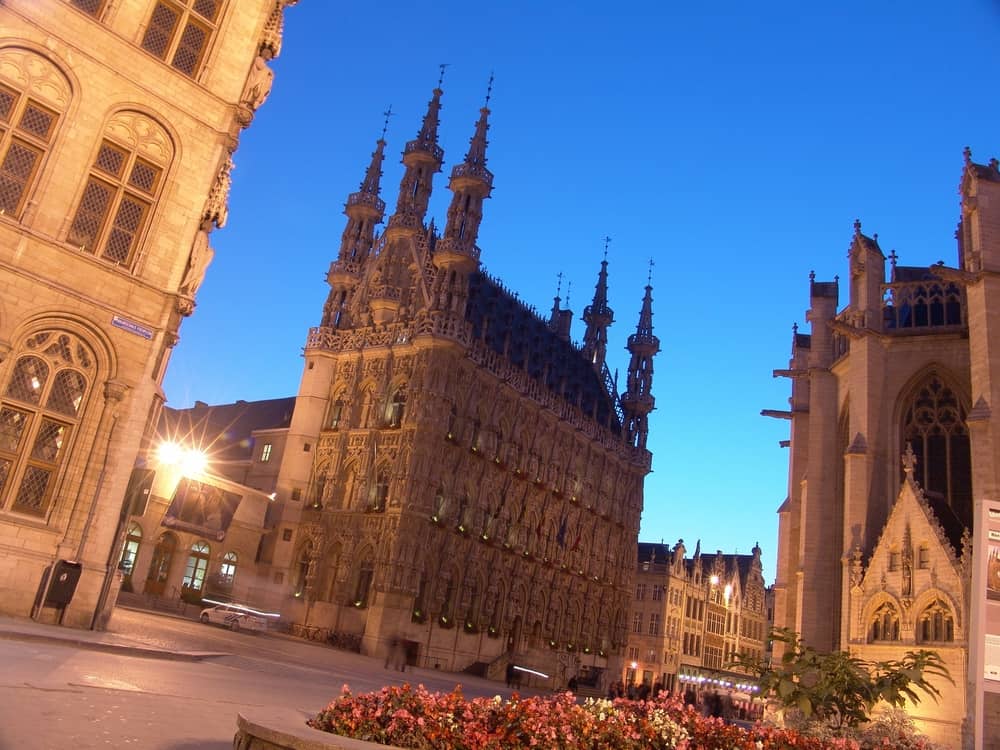 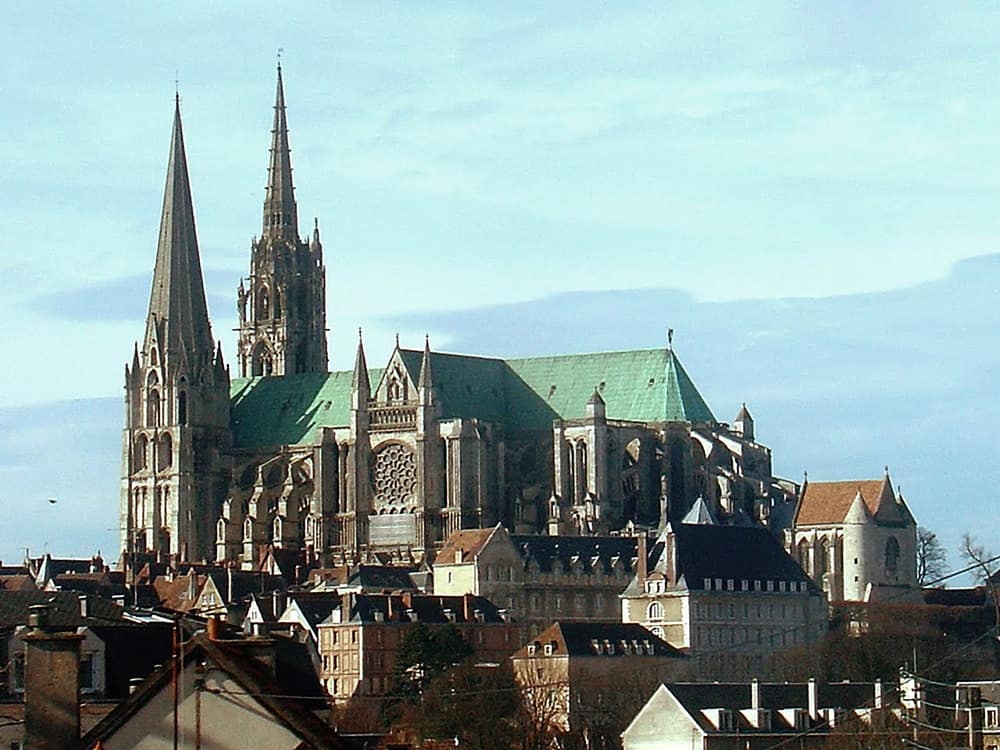 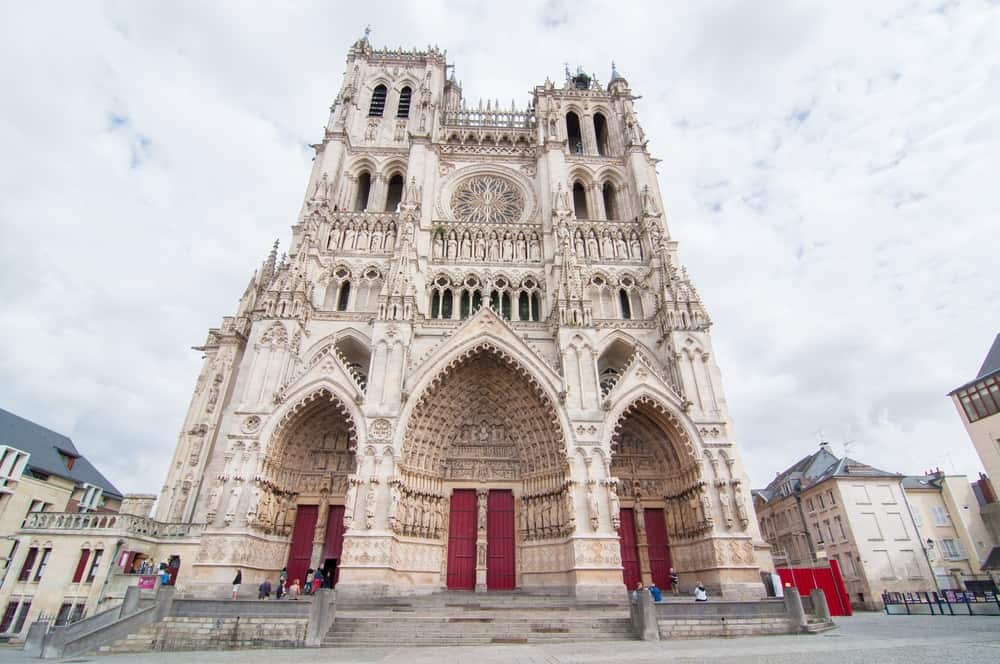 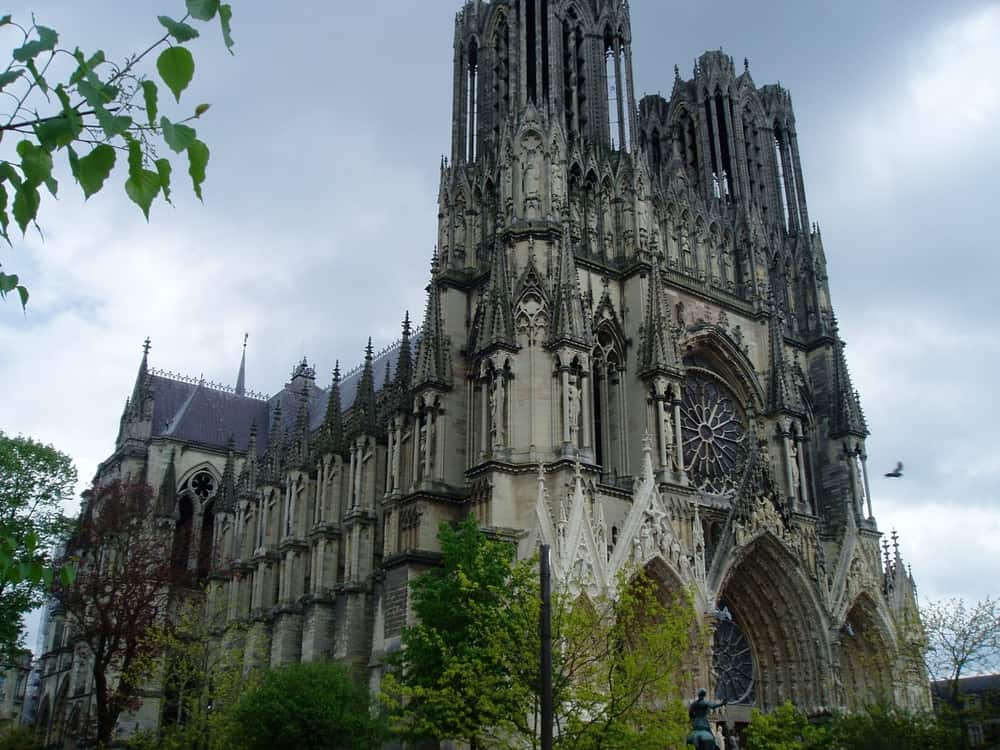 Though the term “Gothic” has been adopted by sub-cultures who prize darkness, maudlin poetry, death, black candles dripping down skulls, and loads of eyeshadow, it originally was a form of architecture that was almost wholly inspired by heavenly pursuits and actually aimed to bring more light into buildings that lacked it.

Beginning in France sometime in the 12th century and making its way through much of Europe in the middle ages, Gothic architecture is marked by long, slim columns that reach heavenward, with long windows built into it. It evolved largely out of Romanesque architecture, which prized high-reaching buildings with many windows.

The difference in Gothic when compared with buildings from the Holy Roman Empire is that Roman buildings used rounded arches, which necessitated huge columns to help hold them. Gothic buildings employ pointed arches borrowed from Islamic architecture, which reduce lateral stress, so the load-bearing columns can be much thinner. These larger arches also permit the use of more windows and allow buildings to reach higher, which is why so many buildings made in the Gothic style are so tall. Here’s __ beautiful examples of Gothic architecture done properly.

Site of coronation for the kings of France, the Notre-Dame de Reims, which is also known as Rheims Cathedral is a 13th century example of the building style. The reason that buildings made in traditional Gothic are largely cathedrals is due to the amount of work and thus money that is required to make the ornamental structures. Since the church has huge coffers from which to draw, only they and royalty could afford to make such grandiose buildings.

Holding the record for tallest completed French cathedral, Amiens took fifty years to build, beginning in 1220 and ending in 1270, but it was continuously tweaked and revised, meaning the labyrinth wasn’t done until 1288. For many years it has held the relic that is thought to be the head of John the Baptist, which had previously resided in Constantinople, but was moved to Amiens when crusaders attacked the city. The uneven top and snaggletoothed appearance that marks Amiens is common among Gothic buildings. It is caused by lighting strikes that destroy one of the pinnacles.

One of the reasons to note Chartres is because of a facet common in Gothic architecture, which is the large, circular windows. Though the stated intent of these windows was simply to bring light, they are, in fact often mockeries of the church. The circle is an homage to the “platonic circle” which was a form discussed by Plato. It became known as a symbol of science and reason, which was formerly contradictory to faith, and was often put in by architects and members of the masonic orders as a way to make the holy sites also bear a relic of pure logic and rationality.

Crafted in the latter part of the Gothic period, Leuven shows how the style evolved, and ultimately why it ended. The intricate detail that goes into carving each of the delicate, lace-like adornments tended to cause these buildings to quickly fall into disarray and require not only a huge initial investment, but became financial black holes that required constant repairs from skilled masons. Groaning under the weight of cluttered relief carvings, this style was eventually deemed too “busy” and indulgent.

Here’s all of Gothic architecture in a nutshell. The 4th largest cathedral in the world, it took nearly 500 years over the span of 6 centuries to finish the Milan, which is littered with a forest of spires that seem almost wholly grandness for its own sake. One of the most interesting facts about Milan is that it was largely loathed by the populace, as it began construction prior to Martin Luther’s denouncement of the Catholic church but ended long after the rise of Protestantism. Thus, it was a keen example to many of the wastefulness and opulence of Catholicism.

The seat of the Archbishop of Prague, this cathedral was once dedicated solely to St. Vitus (or Voitechus), who was the patron saint of dance due to wild, celebratory dancing before his statues during the feast of Vitus. In 1997 the cathedral was rededicated to Saints Wenceslaus and Adalbert in commemoration of the 1,000 year anniversary of Saint Voitechus. It’s a rarity in that it wasn’t considered done until decades into the 20th century.

Home of the Anglican bishop and also called the Cathedral Church of the Blessed Virgin Mary of Lincoln by the excessively verbose, this held the title for tallest building in the world for more than 200 years, which it stole from the Great Pyramid of Giza. It once held one of the 4 copies of the original Magna Carta, and is a good example of the more warlike Gothic buildings which prized strong walls without quite as many stylistic flourishes.

The Canterbury Cathedral is interesting because construction began on it prior to Gothic becoming the paramount building style of western religious structures. It began life as a more squat, parish-style church before it was completely redone in the English Gothic style. In the 14th century, it was again overhauled after demolition, leaving it as we see it today.

The interior of this cathedral deserves far more ink than the exterior, as architects were tasked with creating a bastion of holy light where the chancel (choir) would sing. To accomplish the bright insides while retaining sufficient structural integrity, architects and builders had to use every trick in the Gothic handbook to make massive windows while ensuring that the roof had enough support to avoid falling in and crushing people to death.

Perhaps the most famous of Gothic buildings, it’s known by the monikers Cattedrale di Santa Maria del Fiore, which translates into Cathedral of Saint Mary of the Flower, or is simply the Florence Cathedral. Here the inspiration from Islamic buildings is apparent in the dome engineered by Filippo Brunelleschi, which mimics the pendentive domes placed on many mosques of the era.

Now known as the Collegiate Church of St Peter at Westminster, the Abbey is world famous not only for the fire that gutted it, but for being the coronation site of many English monarchs. Interestingly enough, it is no longer a church at all, but rather known as a “Royal Peculiar” which is a church that is actually beholden to the ruler of the realm.

Though not made to soaring grandeur, the Chapin House is an example of how Gothic has been shrunk down and retro-fitted onto modern homes. To this day there’s no shortage of neo-Gothic and Gothic revisionist buildings that helped shape what is commonly thought of as Victorian architecture in Western society.