The 7 Best Recurve Bows For Exercise, Meditation, and Focus 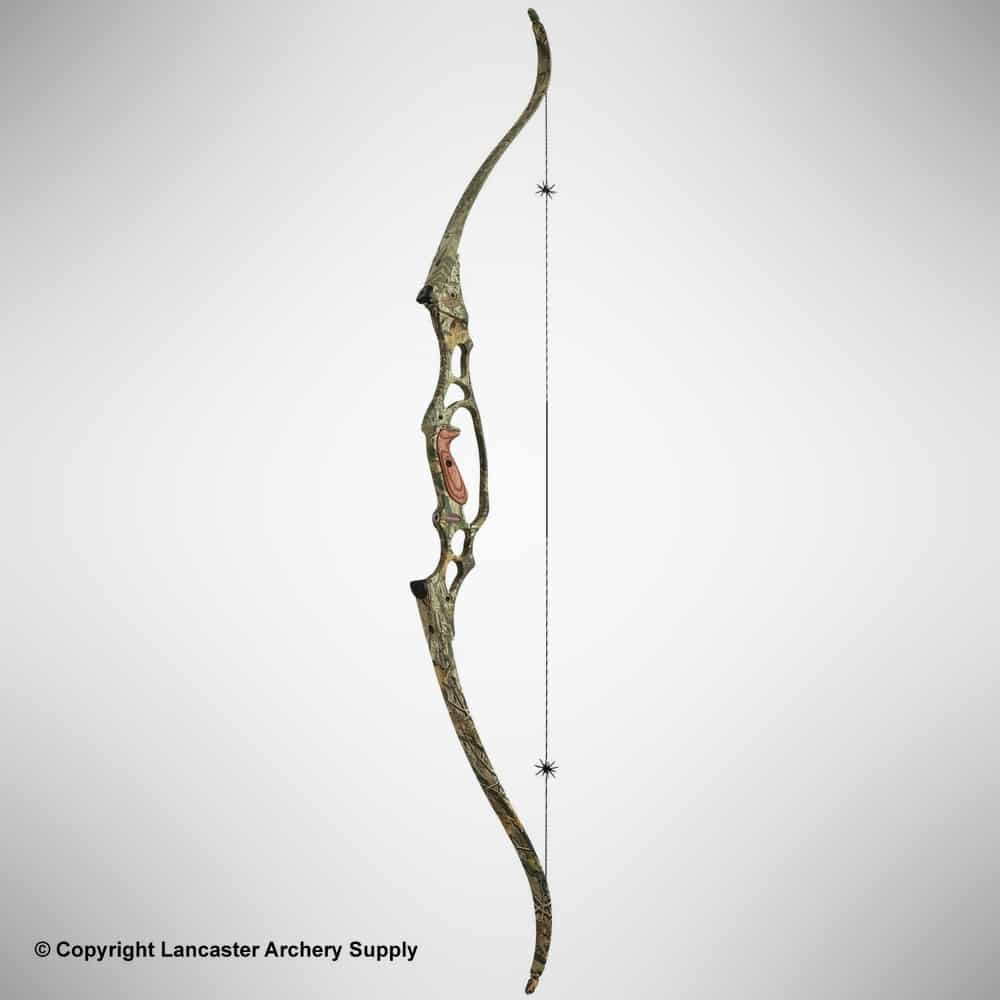 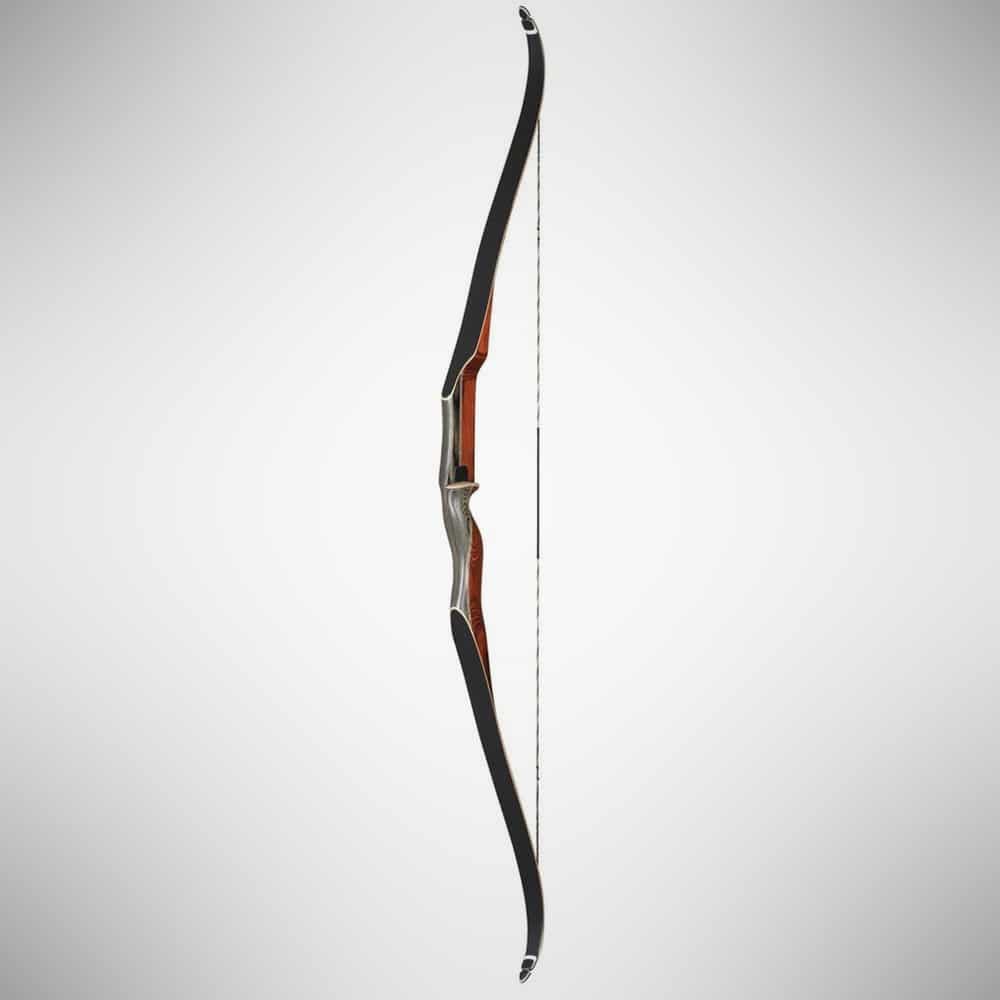 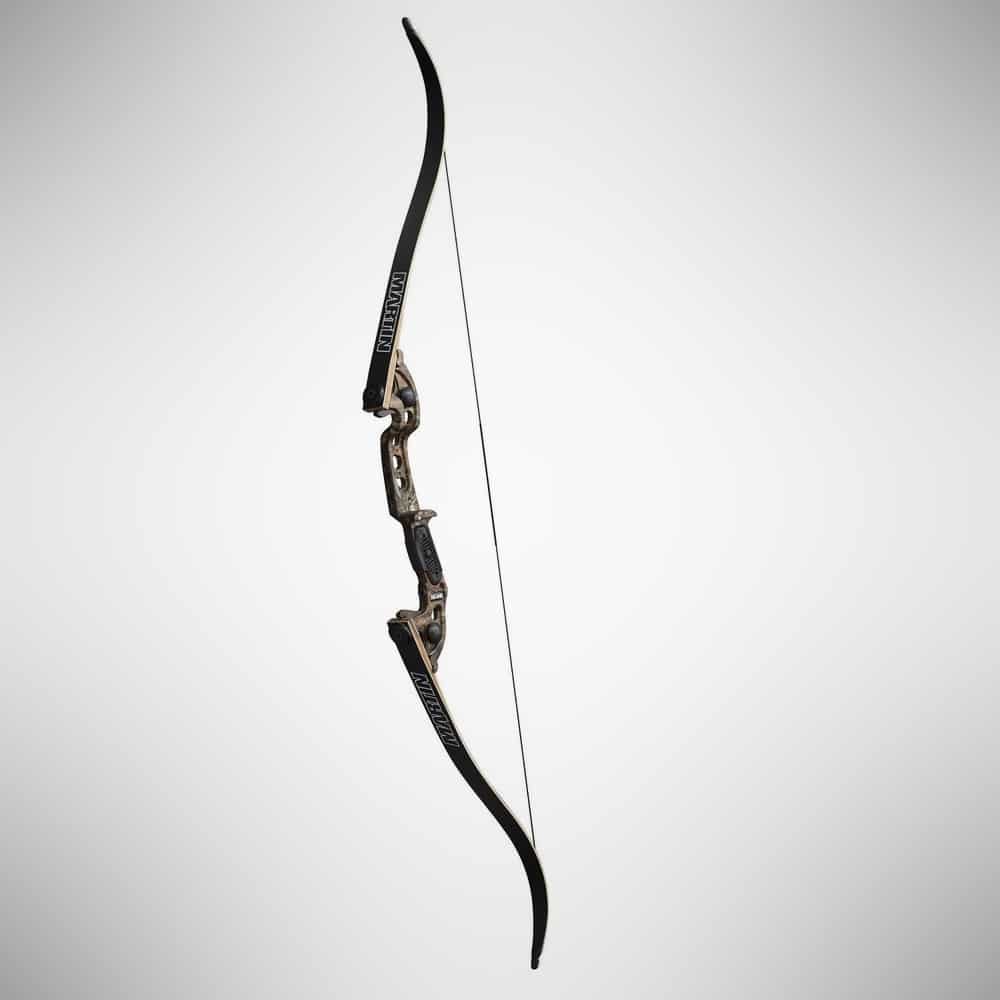 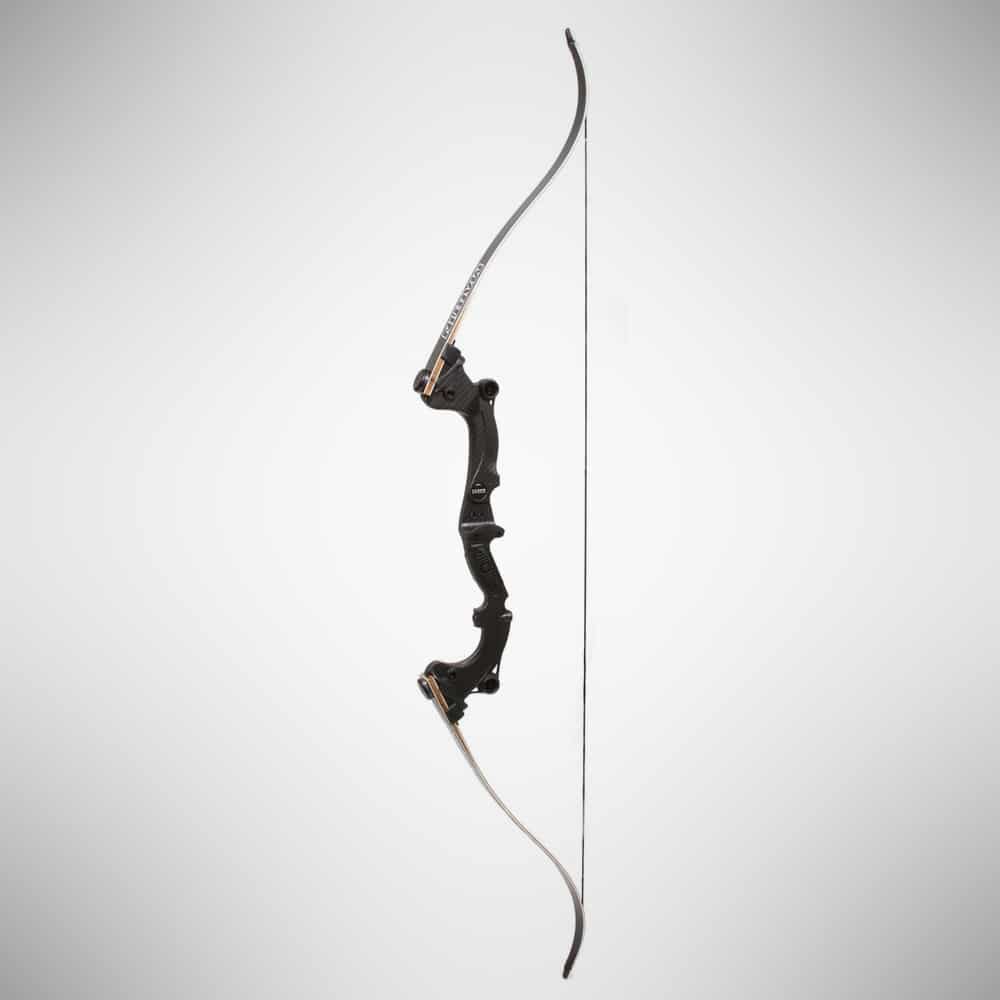 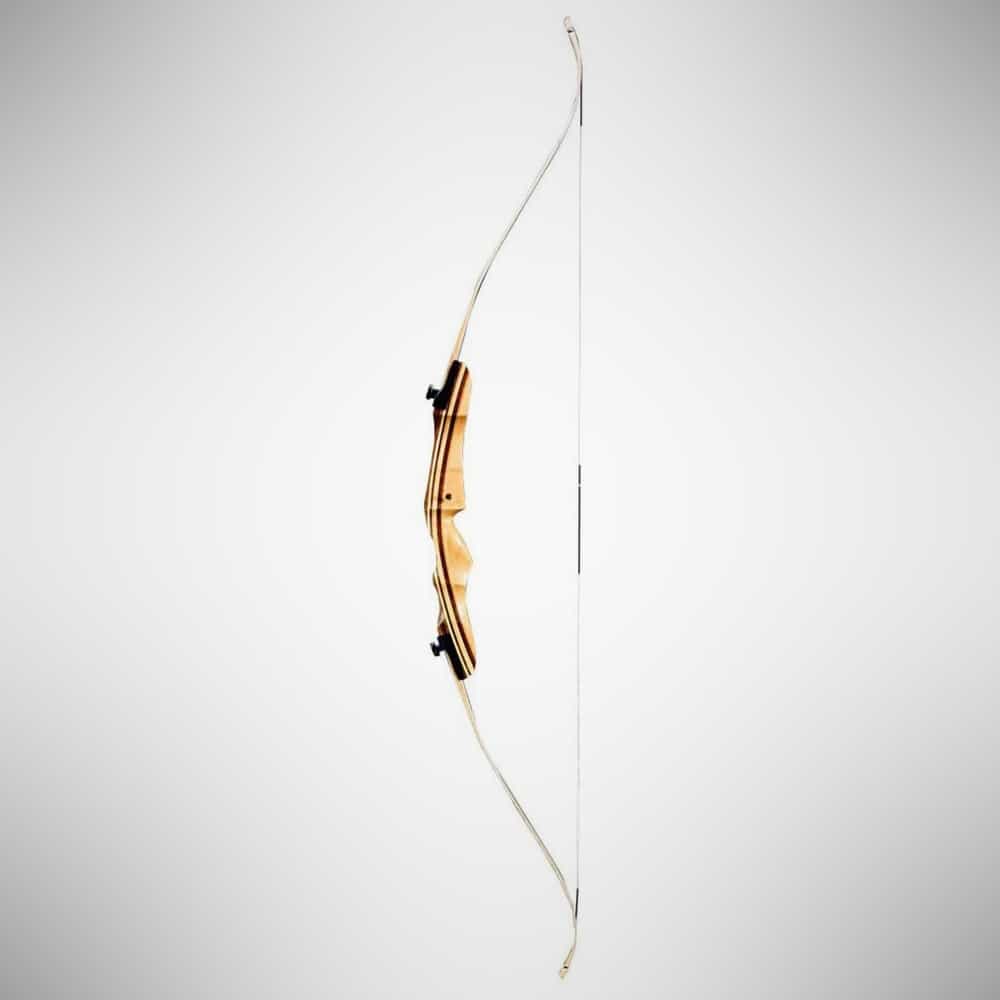 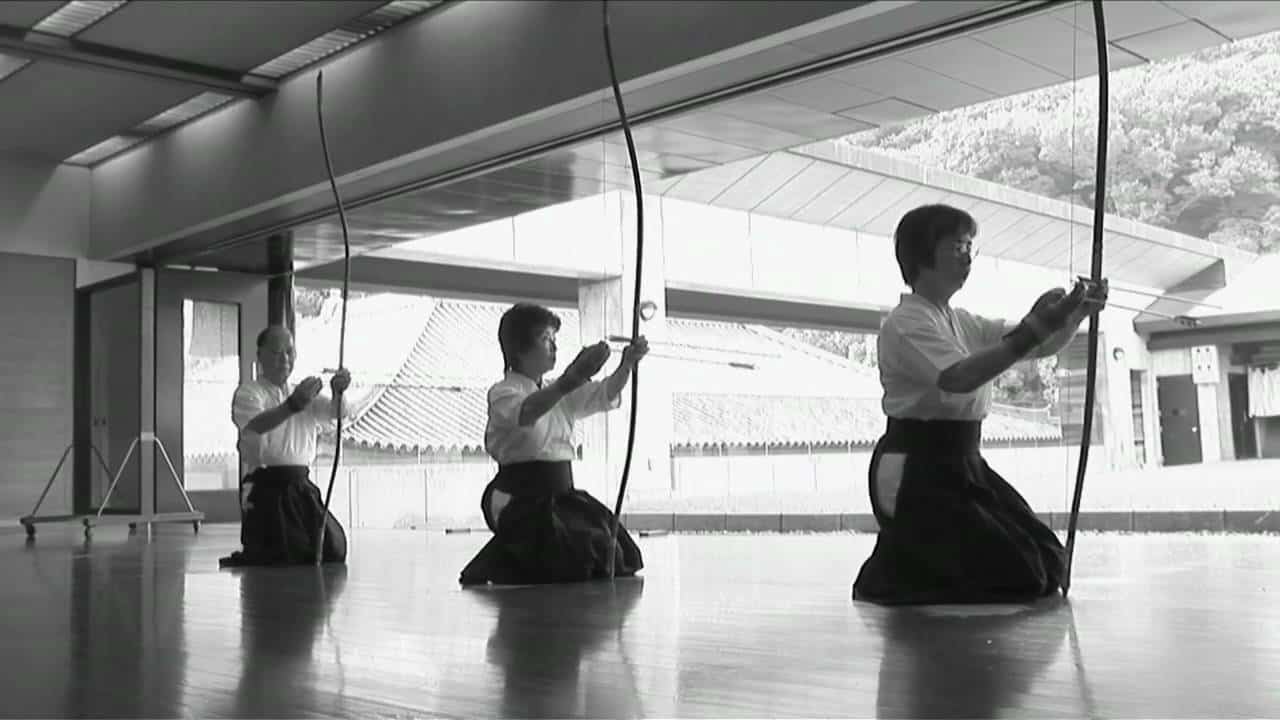 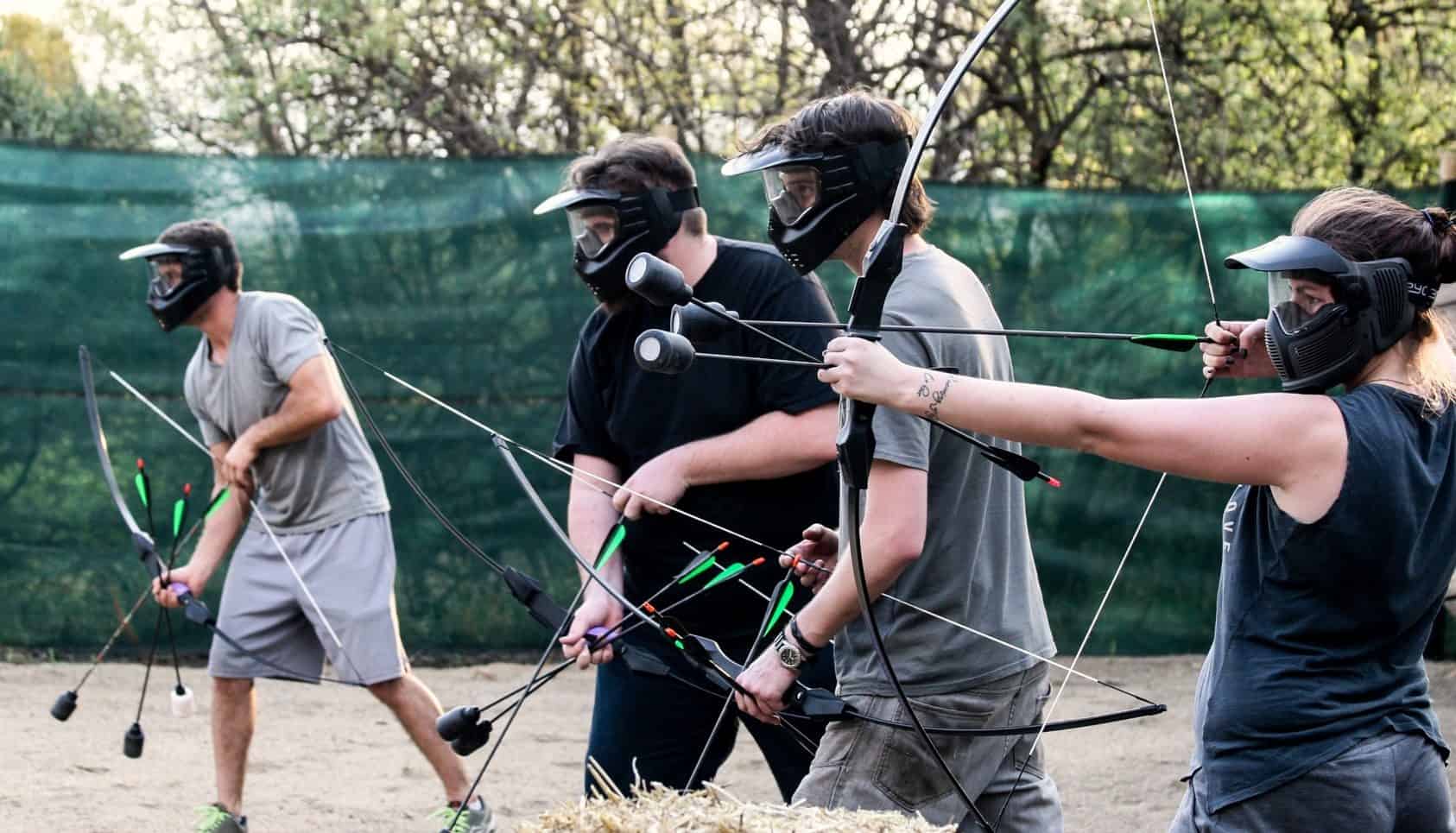 Since compounds are easier to find, easier to learn, and easier to fire, most see no reason to go with the more classic recurve. A few traditionalist hunters will typically have one on hand, for sport shooting, target practice, and improving their firing muscles, but rarely do they see much action in the field.

Well, archers, it’s time to start looking at why recurves have a place in the contemporary world, and which ones you should be buying.

Why Everyone Should Buy a Recurve Bow

These bows were once weapons of warfare as much as tools of survival for hunters around the globe. They were also much more. Recurve bows offer mental and physical conditioning, a way to direct a scattered mind, and a philosophy that can change the way you see the world. We’re not here to sell you on joining the ranks of recurve enthusiasts, but to point out some timeless benefits of the recurve bow that anyone can use, even if they’ve never hunted, nor never plan to.

A recurve bow is a difficult tool to use, requiring a combination of upper body strength, balance, finesse, precision, and patience to master. While hitting a Par 5 with a water hazard out on the golf course is a tough trick to pull off, landing an arrow in a bullseye at even 20 yards will challenge the mind and body in a whole new way.

Because a recurve doesn’t have the pulleys that a compound bow does, it is a rough workout on your entire body. Beginning with the drawing arm and grip of each hand, you are also using your shoulders and chest for the drawing motion, while also keeping your core tight to prevent misfires. Even the position of your legs comes into play, since you’re pulling against inertia, which requires anchoring yourself steadfastly to the ground. You’ll even exercise facial muscles sighting and aiming. From toes to nose, a recurve is a total body exercise that’s also remarkably fun. Because you’re also shooting an arrow, which is badass.

This is a huge point that is largely overlooked by anyone who’s never been on an archery range. While medical science and spiritual leaders both espouse the usefulness of meditation, most of us can’t do it. Simply sitting and breathing usually makes us feel annoyed as the worries of our day creep into our mind, driving out calm and leaving us feeling worse than before we began. Here’s where archery comes into play.

Like yoga, archery was used in the ancient lands of the far east for gathering thoughts and calming a cluttered brain. Ronin (samurai) were strict adherents to the world of archery, both for combat purposes and for finding focus in daily life. They learned that merely the act of aiming and shooting could soothe jangled nerves, relieve stress, and direct their thoughts into a laser beam. To do it right required a lifetime to master, even if the simplicity of the act itself was almost childlike.

An excellent way to both relax and find a mental center free from your over-stressed mind, modern humans can get just as much out of archery meditation – called kyudo – as their ancestors. For a complete breakdown of how it works, the book “Zen in the Art of Archery” is a fantastic book that covers the method of using archery as a meditative practice.

In short, between a way to salve stress from your brain and exercise your body, there are few people for whom archery is a bad idea. But you need the right gear to get it done properly. Here are the bows to consider, whether you plan to hunt, to workout, or to quell the storm inside you. 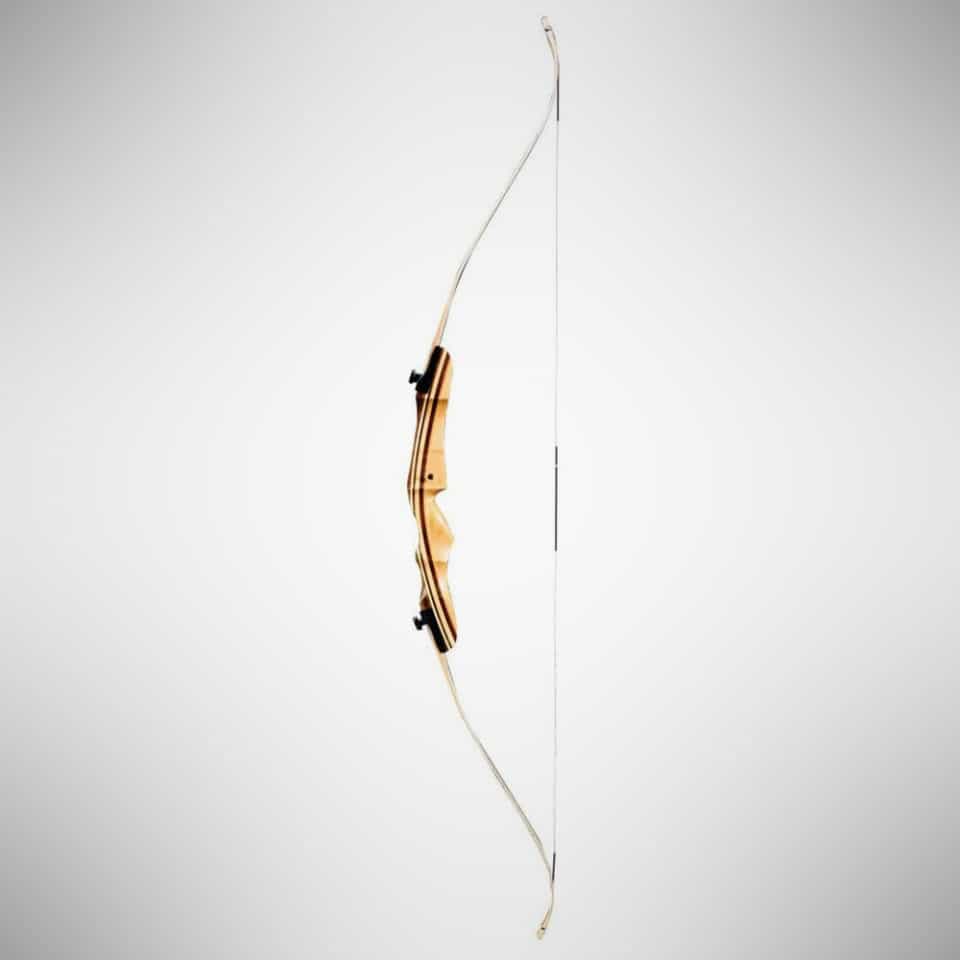 This is hands-down, the only reasonable choice for children’s recurve bows. The small size and low draw weight aren’t afterthoughts, but the entire intent of the Razorback, which is also necessary for smaller shooters who need a lean frame that suits their particular shape. If you are of the diminutive size, rest assured that this is no toy, and it is fully capable of working for years and years of hard use, allowing it to also work as a hand-me-down should your new family addition need to know how to shoot.

Made in Korea, the Sage is easily the most bow you can get for the money. Samick makes a point of sponsoring professional archers, and thus providing quality equipment and a name you can trust across the board. There’s no frills on the Olive Dymondwood and Maple riser – the grip where you hold the bow – which cuts cost by keeping it classically simple. That riser is also pre-drilled so if you want to add an arrow rest, a sight, a shelf, or whatever you like, it can be added aftermarket. It takes a beating, is easy to fix and upgrade, and shoots straight in most conditions. If you can’t use a Sage, consider getting yourself a gun. 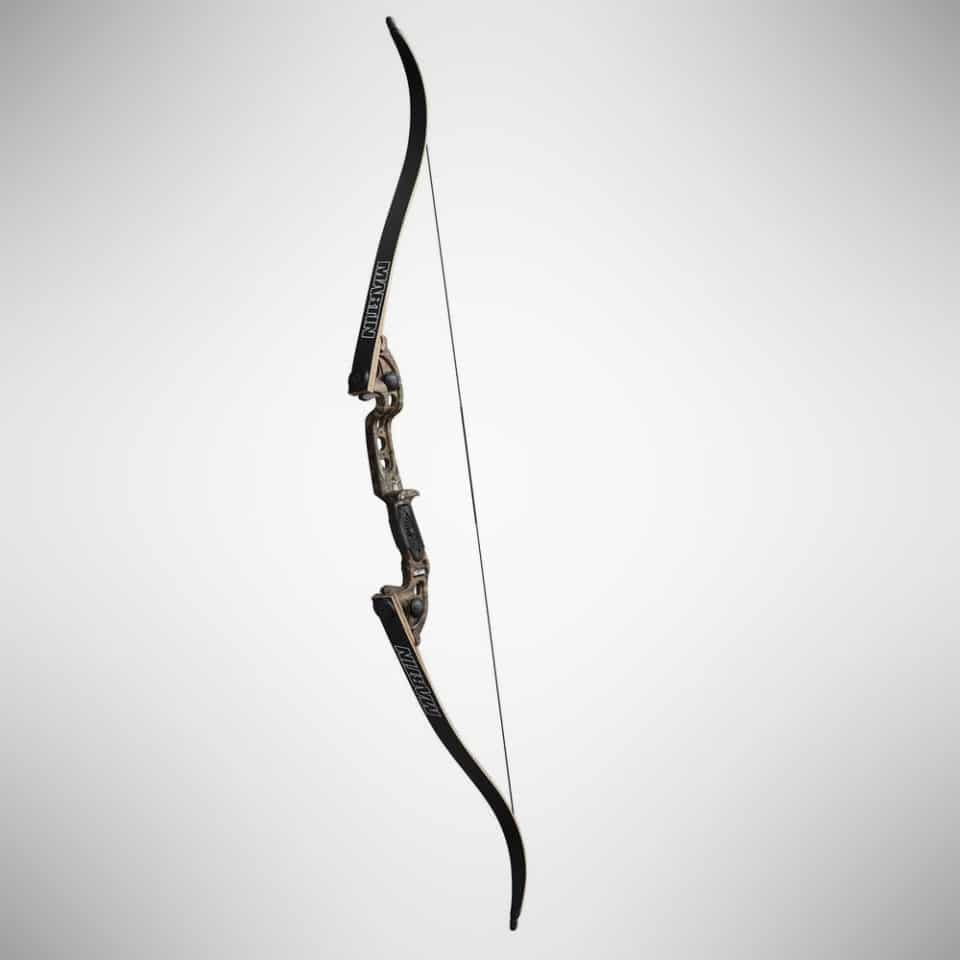 A gorgeous takedown bow – one that breaks into parts – that can go anywhere yet perform like a solid piece from the moment it’s put together, You can easily spend double or triple the money to get the same performance. It’s pinpoint accurate in all conditions, but still light enough for toting over hill and dale. The takedown body also makes it a lifetime buy, since changing weight is as easy as finding new gear to load it up. 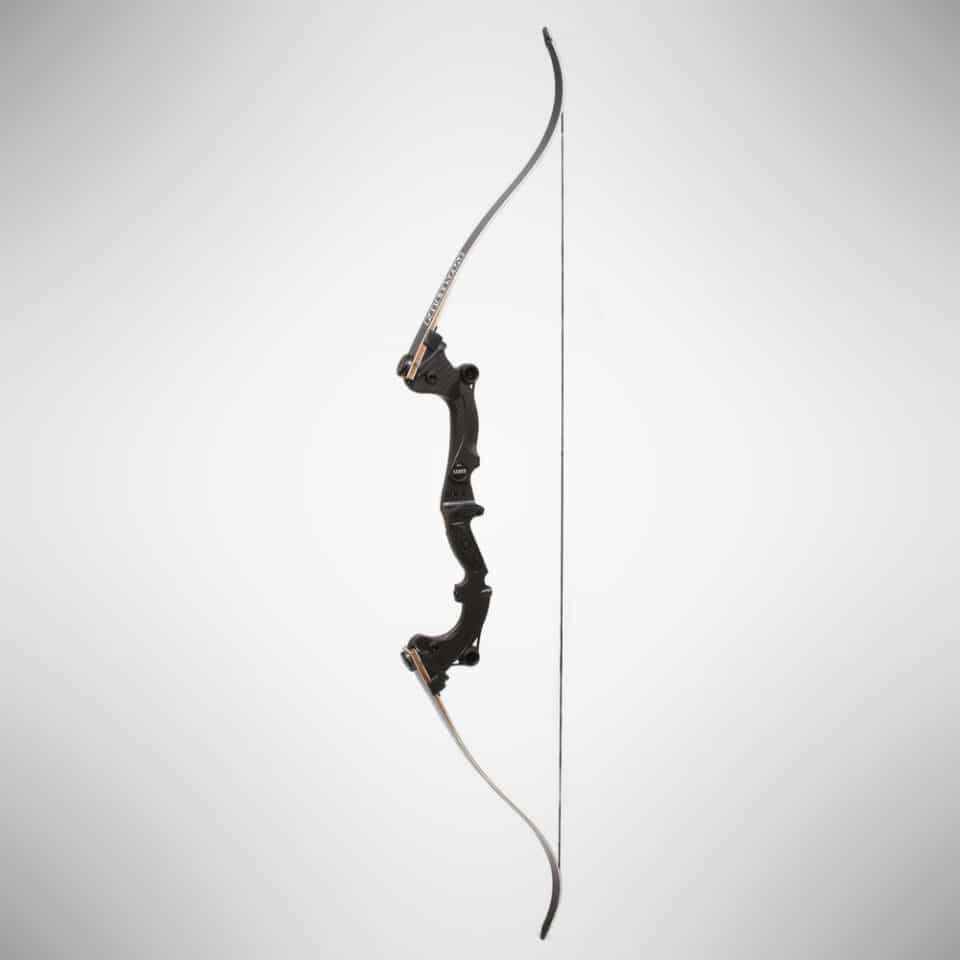 Feather light yet built to dampen vibrations to the barest minimum, the draw on the Saber is smooth as strained buttermilk with a passive release that doesn’t jar or jostle, making any kind of shooting an honest pleasure. The slick workings give it high accuracy, even when shooting in the rain, giving it a nice edge for bow hunting. An excellent bow for beginners, heavy shooters might want to replace the arrow rest, as it’s rubber that can degrade with use.

Your all-in-one archery package, a person could go their entire life without shooting anything else and wouldn’t miss a thing. It stands up to serious weather, can take anything short of a nuclear strike, is ready to shoot out of the box, is equally good for target and action shooting, looks good, and has a hard-core name. If you can find a fault, we’d love to hear about it.

A slick, light, speed-shooters piece, the Gamemaster II can be tuned up to give you no vibration, but has an incredibly slender riser that takes a little time to adjust to if you’re an old bow hand. Truly one of the more technologically advanced recurve bows out there, it’s a lot of fun to whip through a quiver with, and will forgive a lot of errors in form, though you’ll need to clean those up before they become habit. 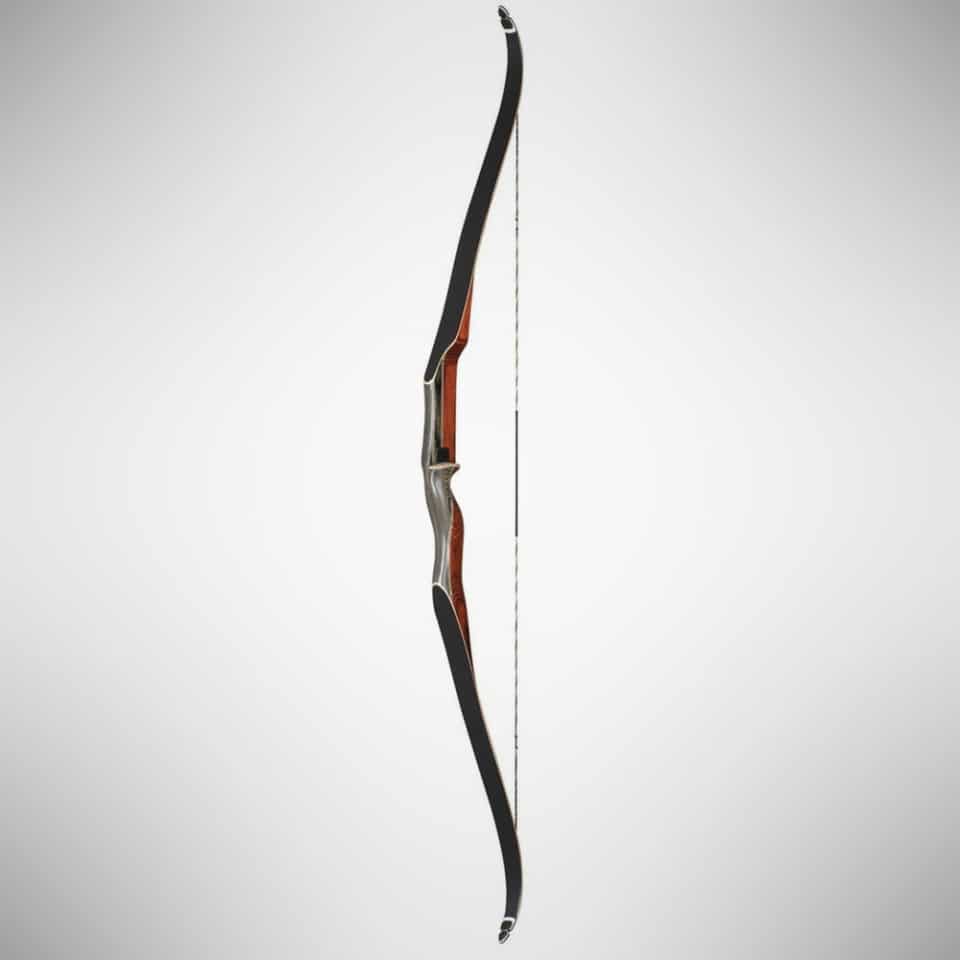 A super smooth draw, hold, and loose that’s comfortable on your entire body, but packs a whallop, you’ll only need this if you plan on hunting with it. For basic target practice or relaxation, it’s going to be excessive. It uses the same design since 1967 and is largely considered by bow hunters to be the top tier of the recurve world. You can’t mount a sight on it, however, which just goes to show the traditional age of the Super Kodiak design.

Check latest price on Amazon
One comment
TheCoolist is supported by our readers. When you buy through links on our site, we may earn a commission. Check out our privacy policy.
Join TheCoolist
100% free, unsubscribe anytime.
Related Reading
Let's connect