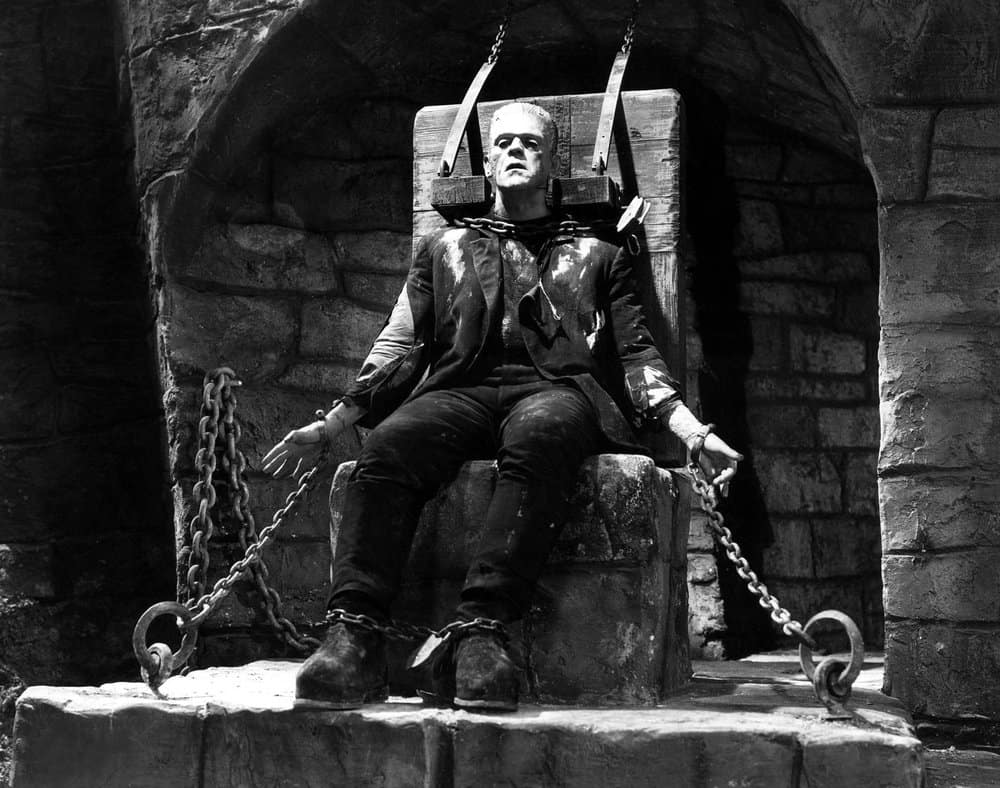 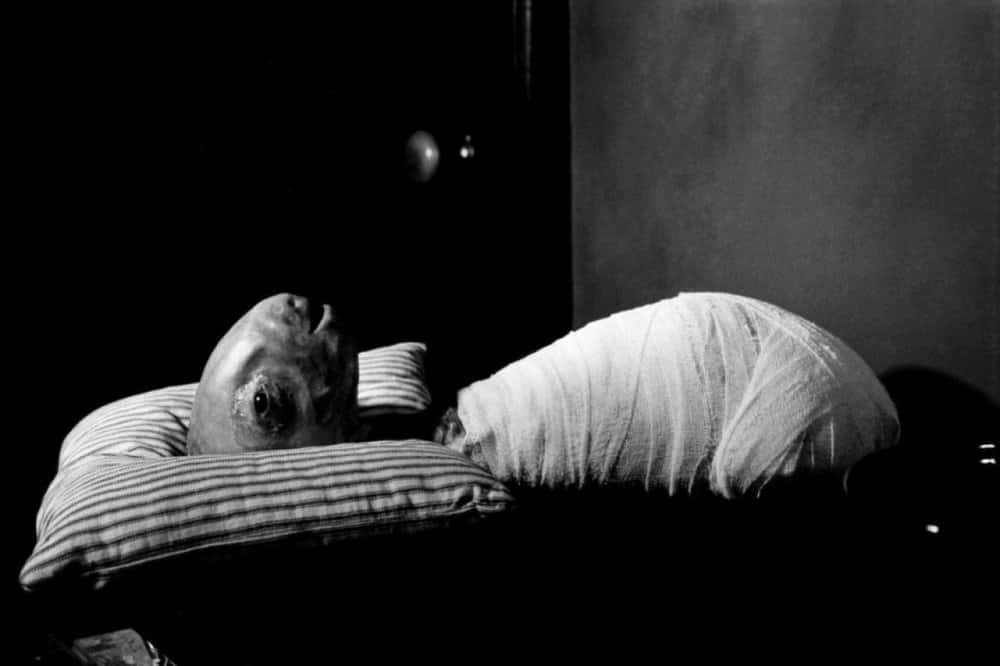 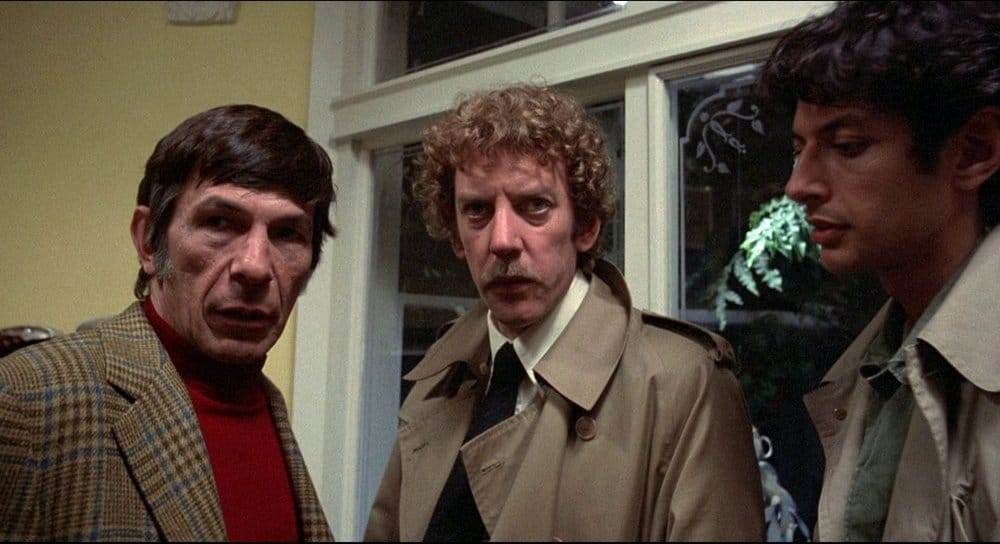 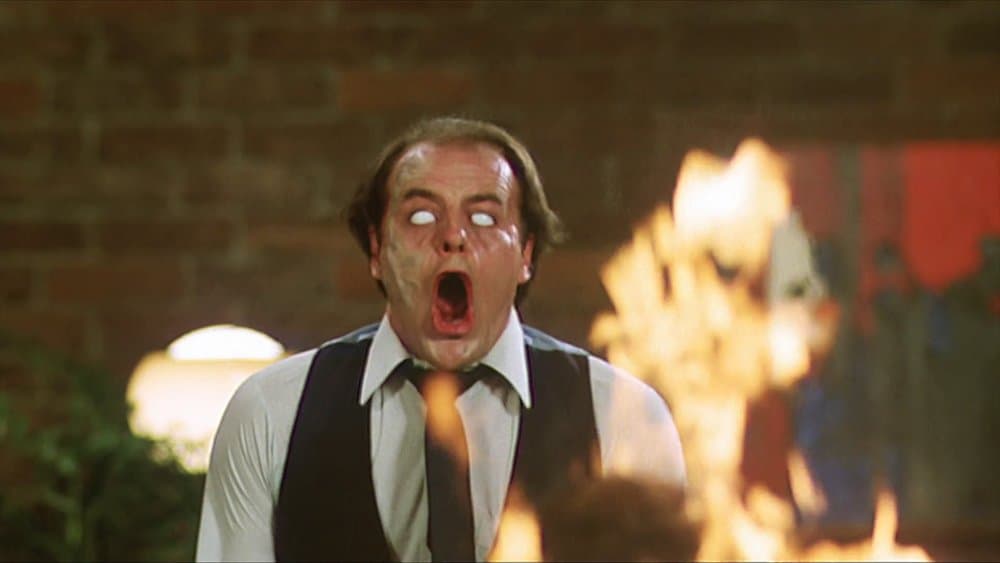 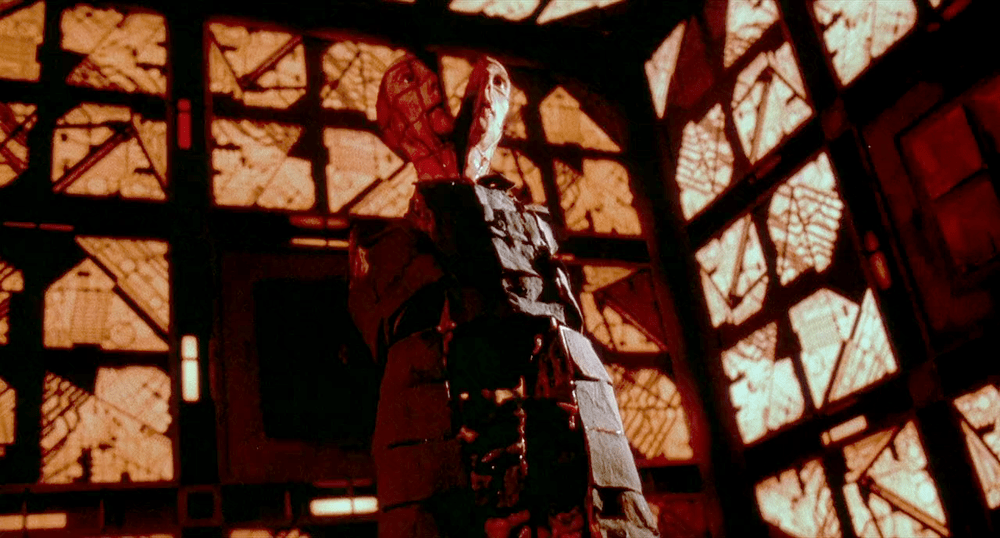 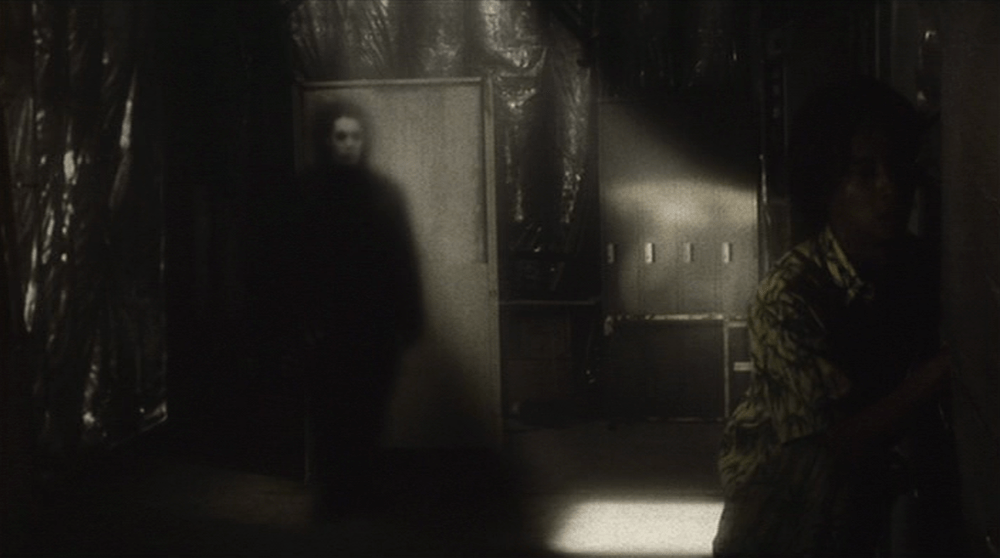 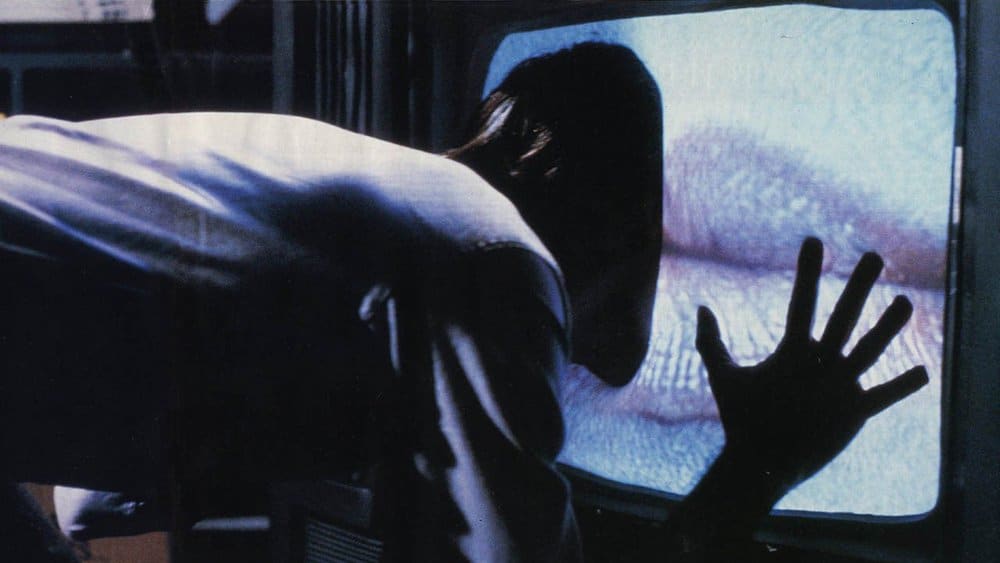 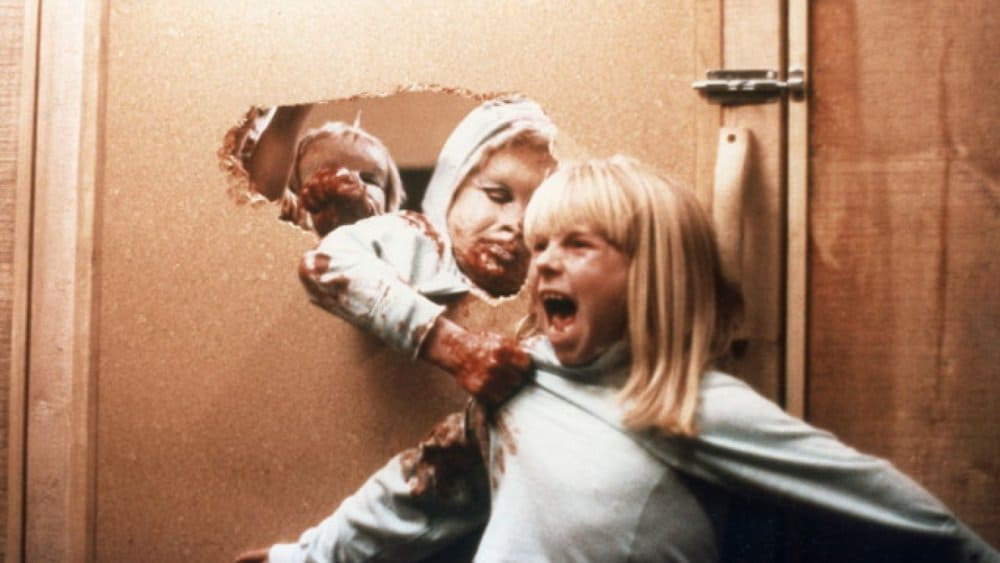 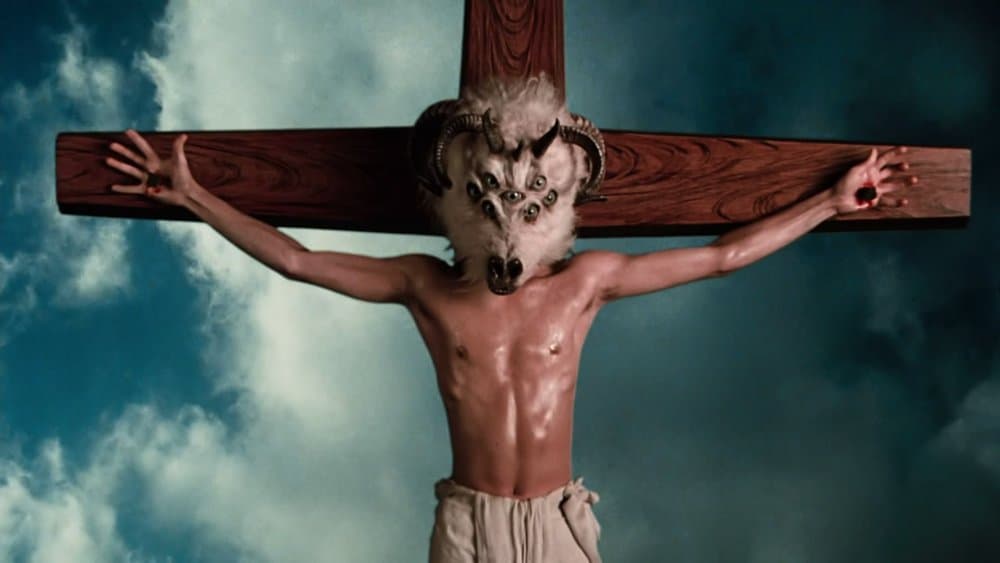 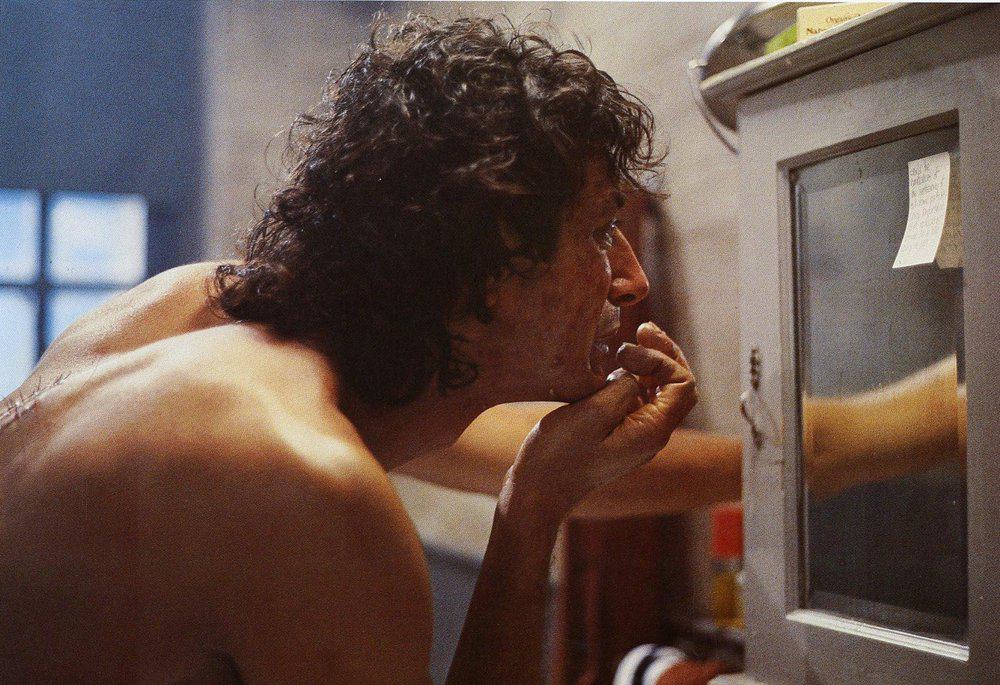 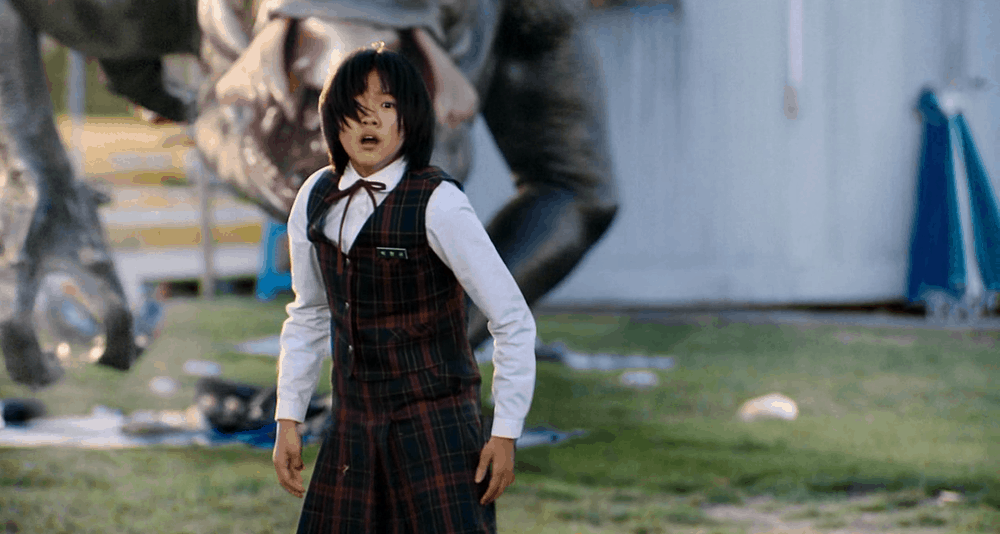 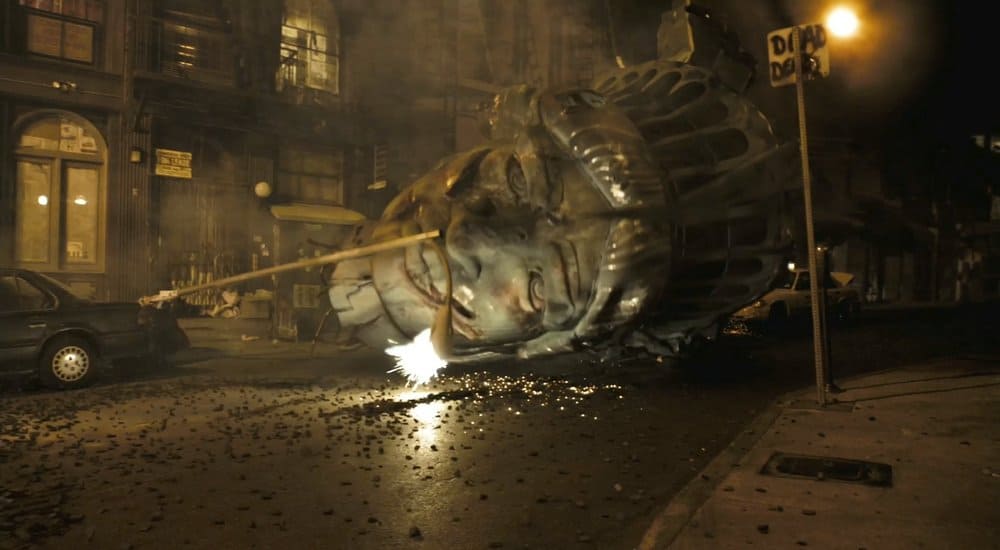 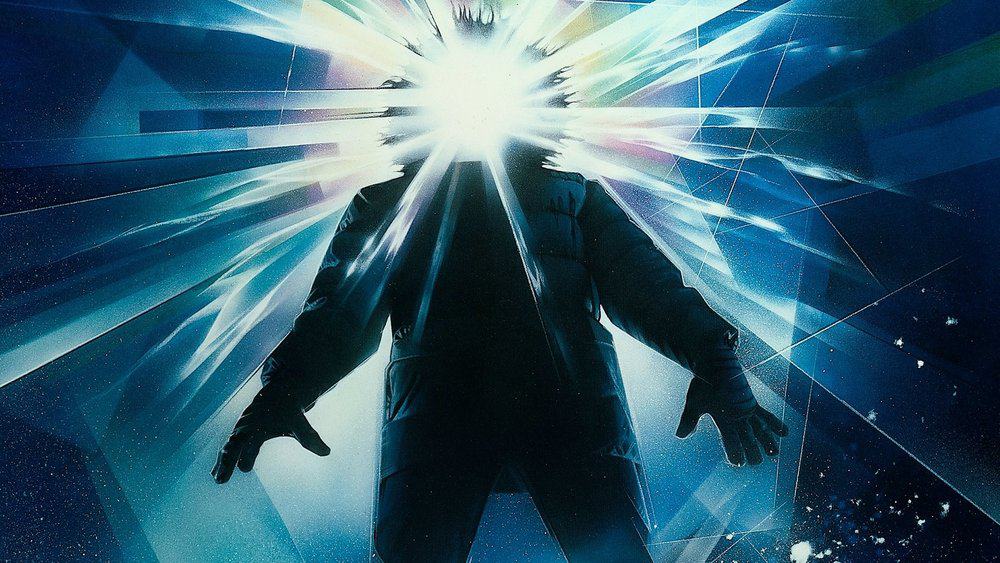 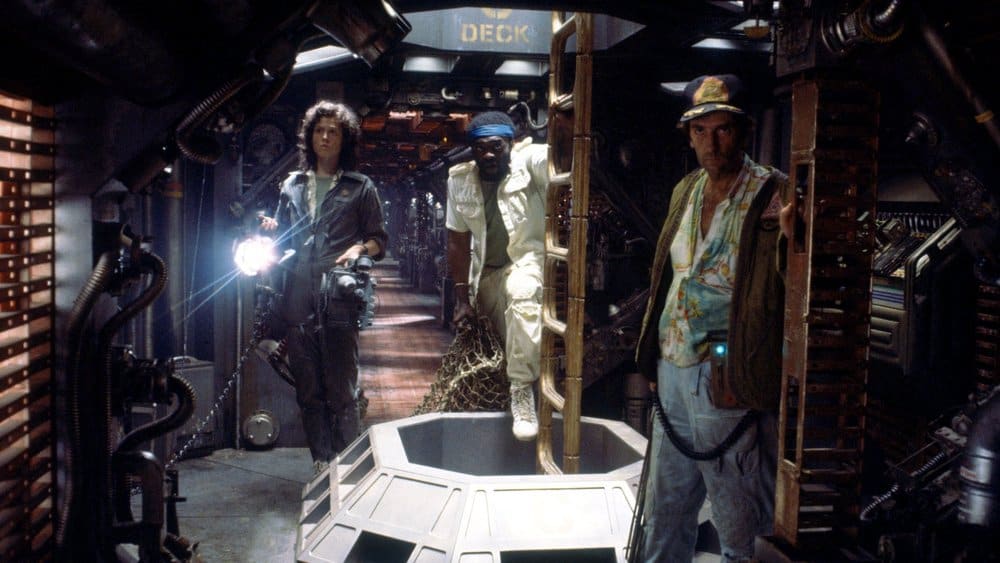 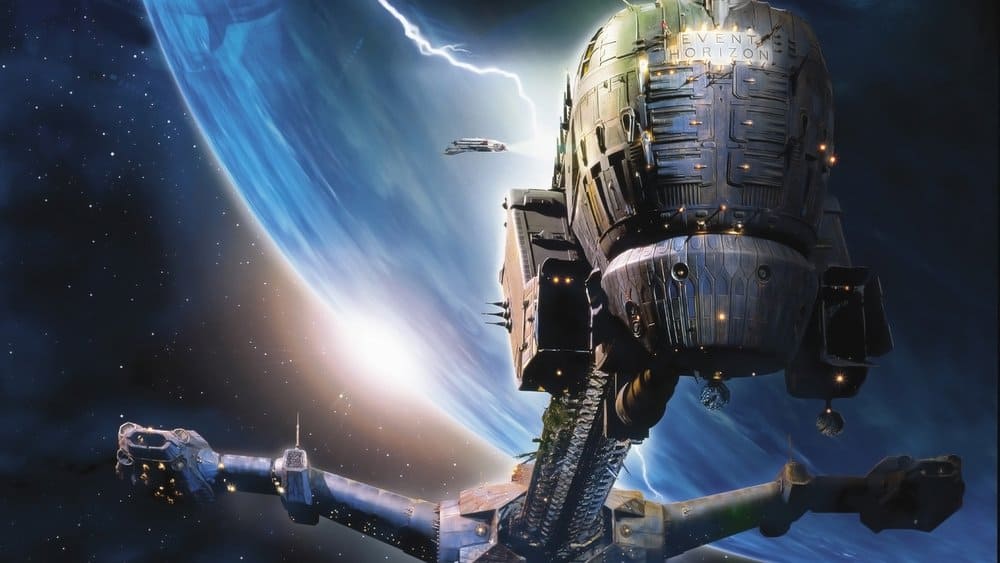 Horror films might depict what could happen if ghosts and demons came to live among us, but they can’t touch the terrifying truth of living on a tiny little ball surrounded by uncountable miles of nothingness. Living through a single night in a haunted asylum is nothing compared to eking out an existence trapped in an ugly meat suit on an Earth where the very air we breathe catches fire; with no succor but the hope that the giant nuclear reactor in the sky will keep us alive for another day. For a notion that is exceptionally frightening, we need not look to the fiction, so much as the scientific fact that surrounds us.

Despite the easy terror inherent in most science fiction, rarely do the genres of horror and sci-fi collide on film. When they do, it’s often in laughable pulp comic ways, with Santa Claus fighting the martians, or aliens bringing about zombies per the worst movie of all time, Ed Wood’s Plan 9 from Outer Space. The reason for this is that both science fiction and horror are hard to pull off properly alone, and intensely difficult to do together. Though, when they are, you get the 21 most frightening sci-fi horror movies ever made.

The king-daddy of modern sci-fi horror, the tackling of big questions about hell, human ambition, and multiple dimensions, all set out in the literal middle of nowhere makes this a must-watch for fans of either or both genres.

The father of the king-daddy, Alien‘s claustrophobic setting, betrayal of humans by machines, betrayal of humans by humans, and H.R. Giger’s gorgeous monster combine for a tense time lost in space. It’s the only Alien film (to date) that is true horror, with the others falling too far into the action category to be truly frightening.

Out of England comes this simple fare where the alien invasion has already happened. A journalist agrees to help get a tourist back into the United States, across the zone held by the evil from the sky, creating a tense, spooky atmosphere that is all too close to home.

An alien that invades the world is terrifying. An alien that invades our bodies is something even worse. Human paranoia set in a laboratory in the Antarctic where anyone might be the enemy is so nail-biting that the dated special effects are easily forgiven, since it’s the idea that makes the skin crawl.

Though many of the “found footage” films should have died with the witch of Blair, Cloverfield manages to spook by bringing alien/monster attacks down to the ground level. Seeing a beast wreck a city is one thing, but being thrown in the midst of the chaos is a whole other story.

South Korean filmmaker Bong Joon-ho posits a world where our own cavalier pollution of the environment leads to deformed creatures rising up from out of the deep to destroy us. Most frightening isn’t the creature itself, but the denial and bureaucracy that come into play when human beings and governmental bodies get their sticky fingers into the pot.

Though easily dismissed as another standard-issue zombie survival film, 28 Days Later doesn’t give us a badass Rick Grimes, but dumps us into the zombie apocalypse that most of us would face: Terrified, alone, forlorn, deserted, and facing foes in uniform as well as the walking damned.

Space and psychosis combine humanities two greatest fears: What is out there and what is inside. A pair of astronauts awake with amnesia and must cope with their own increasing delirium, as well as being set adrift in a dying vessel with no one to save them.

Though roundly mocked, The Fly is an allegory in a Kafka-esque style where a man slowly becomes a fly through his own scientific hubris. A frightening look at the pitfalls of curiosity, it also begs the question of what defines life, and what makes a person human.

Rather than the mockumentary of the original Cloverfield, this is a bottle project that looks at people trying to survive in a world that is supposedly dead. A woman is trapped in a bunker by a pair of men who claim the surface of the Earth is uninhabitable, but inconsistencies start to pile up as the threat from outside is trumped by a very real threat from within the minds of the survivors.

Prescient in a society that tries to fix problems with spirituality and pharmaceuticals, a scientist – who really get a lot of vilification – begins using drugs and sensory deprivation to reach a higher level of consciousness. Seemingly, he begins to devolve into a savage monstrosity that might be the core of the primal self.

Mutants, psychological experimentation, and evolution gone dreadfully awry play center stage in this disconcerting meld of humans mixed with monsters, where the sins of the people often outweigh the brutality of the beasts.

A television station that specializes in airing brutal violence and softcore pornography ramps up to begin showing snuff films out of Malaysia, all in the name of entertainment. Soon, mind control and social programming come into play as the surreal television signal begins changing viewers for the worse.

Kubrik’s vision is rarely given the credit it deserves as being a horror film, even though all the elements are there. Psychedelic in the extreme, evil rears up again and again as the nature of humankind, and the nature they program into the machines they create.

Originally a Japanese horror film similar to Ringu (The Ring in the US), Pulse presents a world where computer viruses have evolved into a spiritual state and are seeking to suck the life out of people on this side of the screen. Dementia, technology, and just a hint of the paranormal, it’s a nice mesh of traditional fright-fests and more contemporary Ghost in the Machine moviemaking.

A smarter Saw without the same gore-porn elements, Cube has six people trapped in a box they must escape…to get to another box. Definitely an inner space kind of horror, it’s only the element of human experimentation that adds enough science into the fiction.

More than just an exploding head, Scanners questions how much power the human mind should have, as the psychic “scanners” begin to gain control of other people and computers, leading them to claim superiority over their more mundane brethren.

Invasion of the Body Snatchers

Any iteration of Invasion is a little uncomfortable, as it takes the idea of aliens out of the starship and plants them firmly in our friends and neighbors. Us vs. them becomes far more ghastly when you aren’t sure which side you’re on.

Surreal and squirm-inducing, it’s questionable whether or not it belongs on this list, but as is so often the case with director David Lynch, it certainly belongs on some list…somewhere.

Krank is a despotic scientist who must steal children’s dreams, since he cannot have his own. Surrounded by macabre sycophants and his brain in a jar companion, it’s steampunk strange with only minor horror elements built into a French funhouse.

It’s easy to forget that all these poor, mad, maligned scientists began by trying to learn more and help humanity before they were hung by their own petard. Victor just wants to conquer death, like any doctor. Why must it all go so wrong?