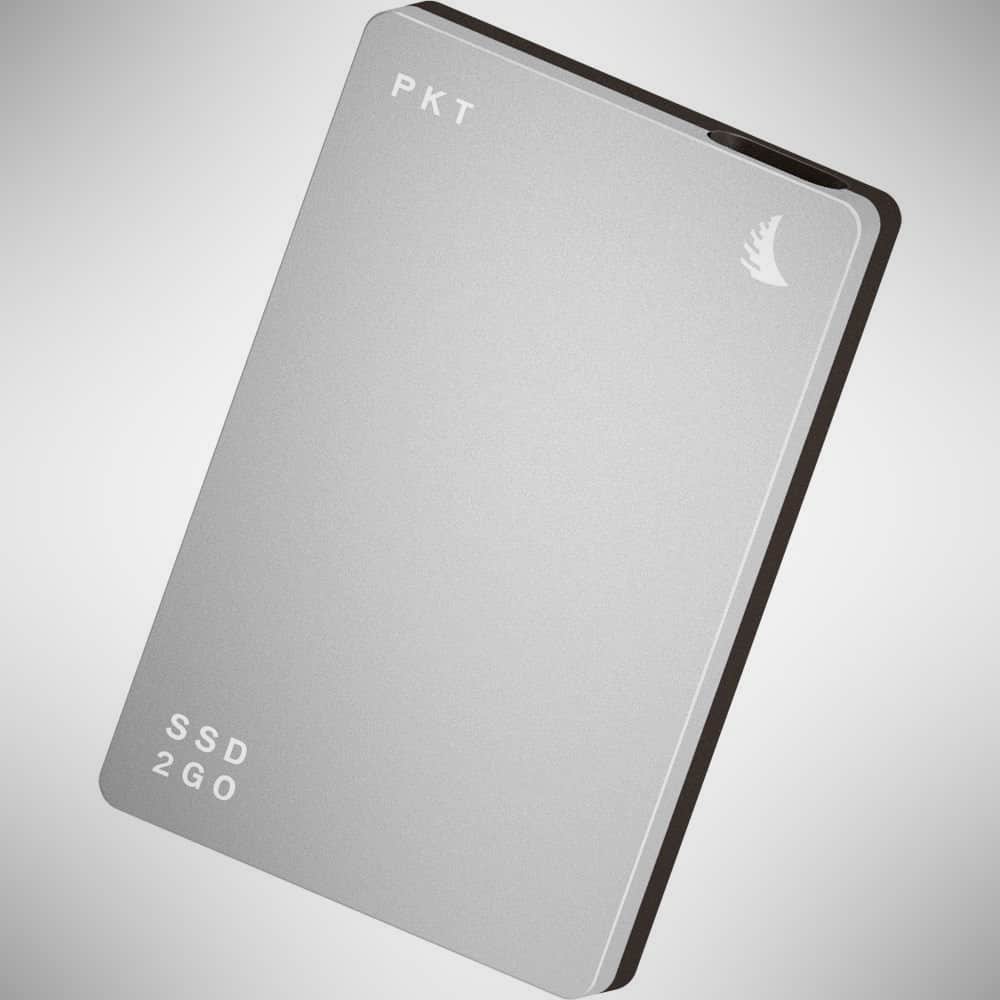 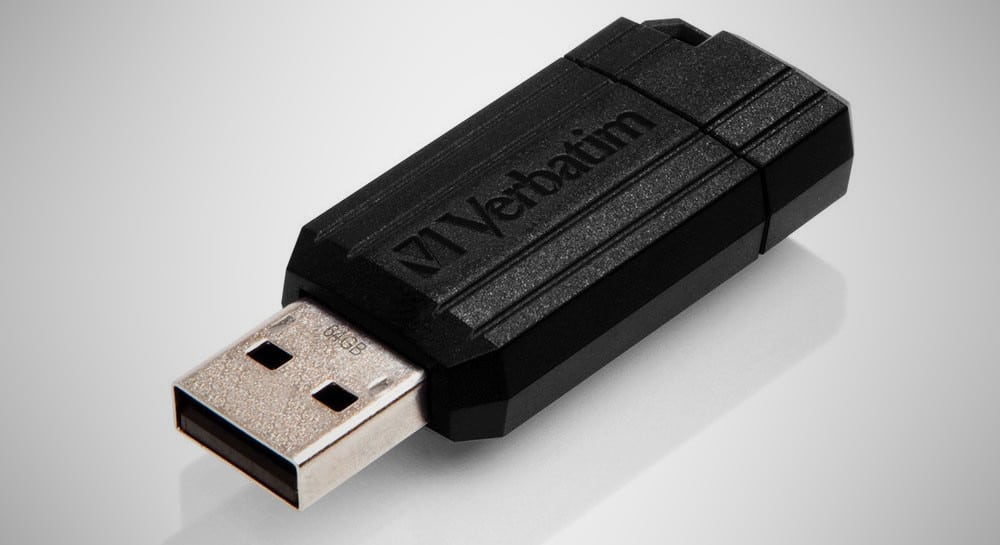 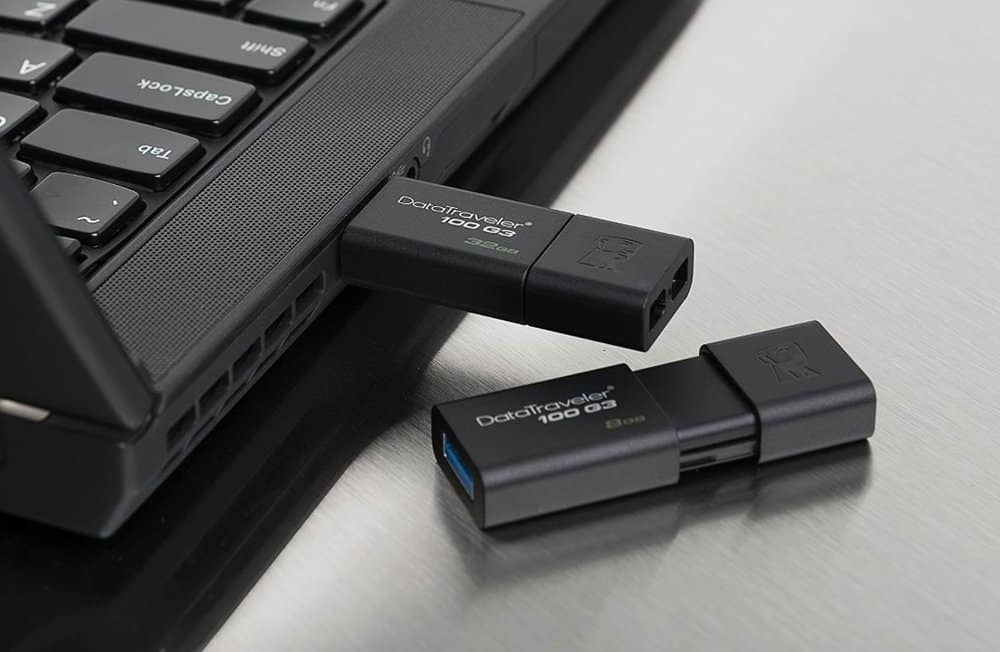 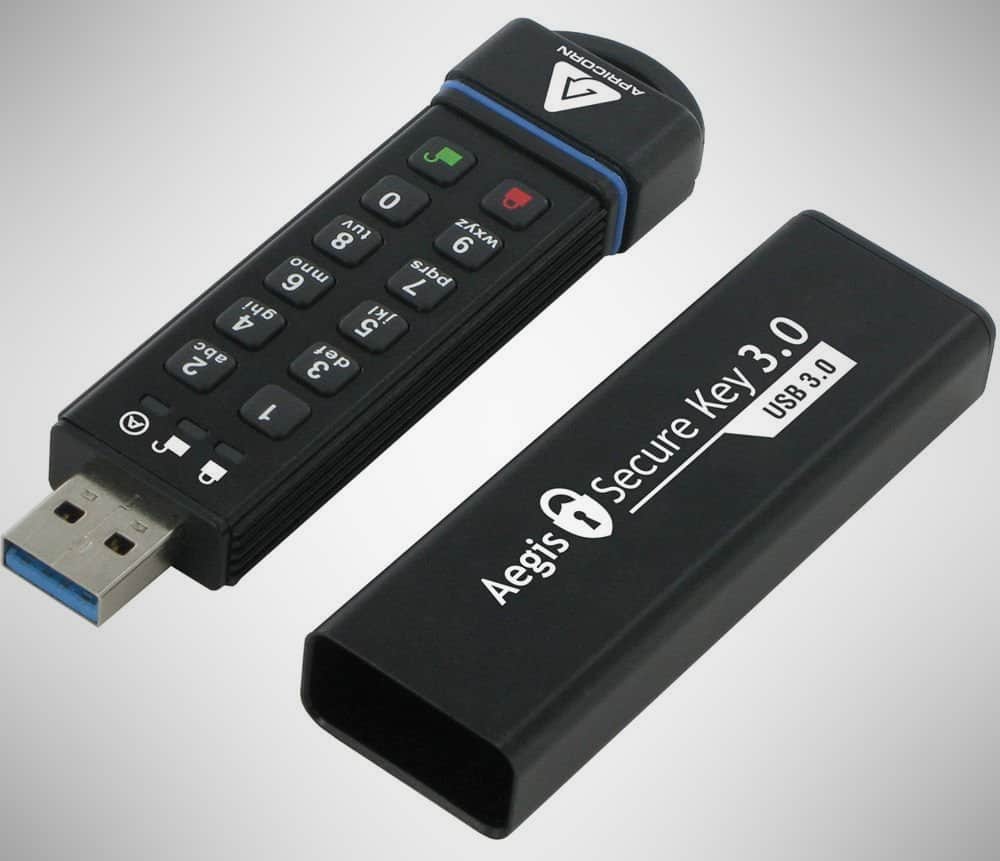 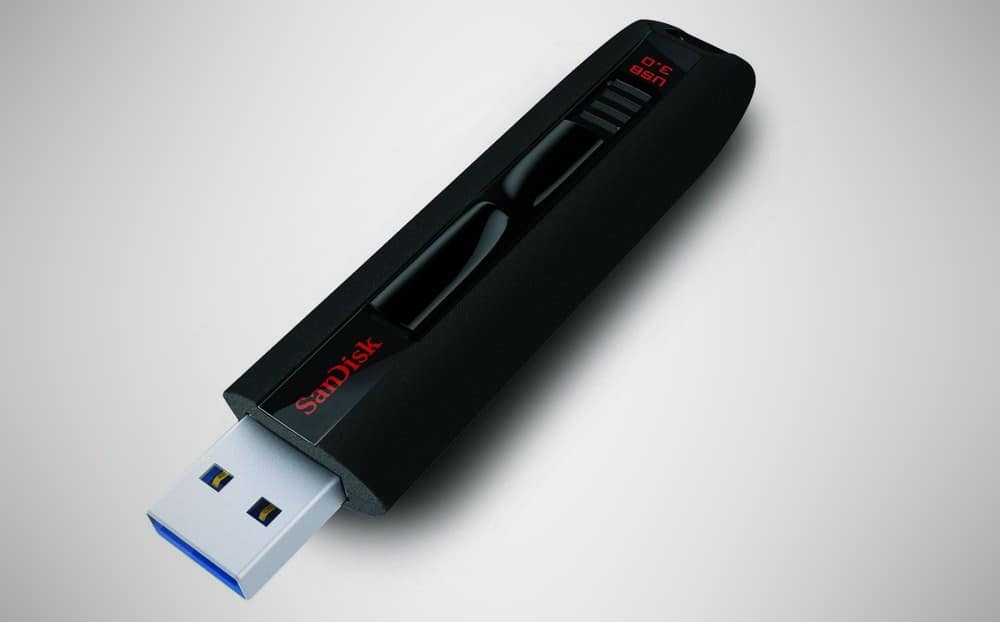 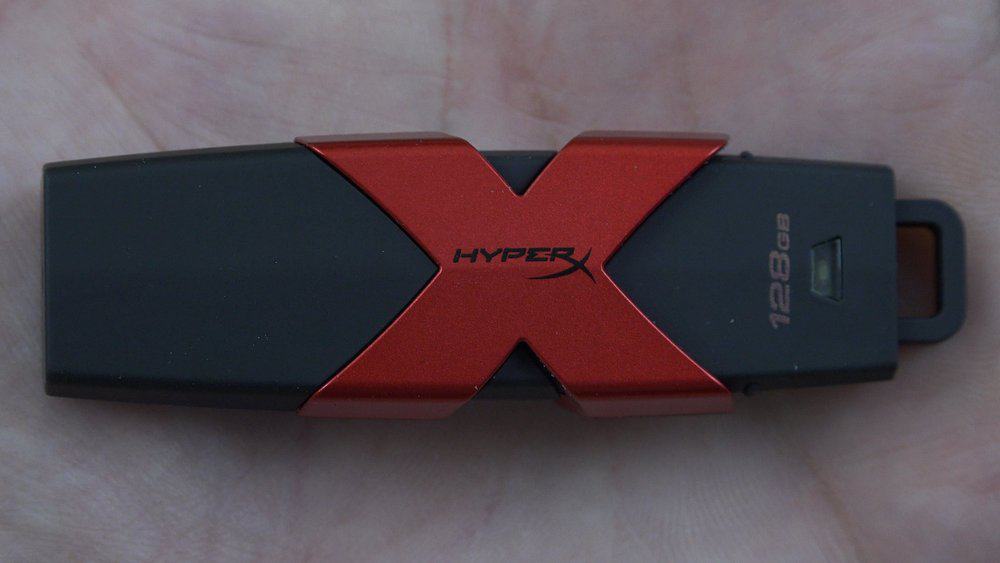 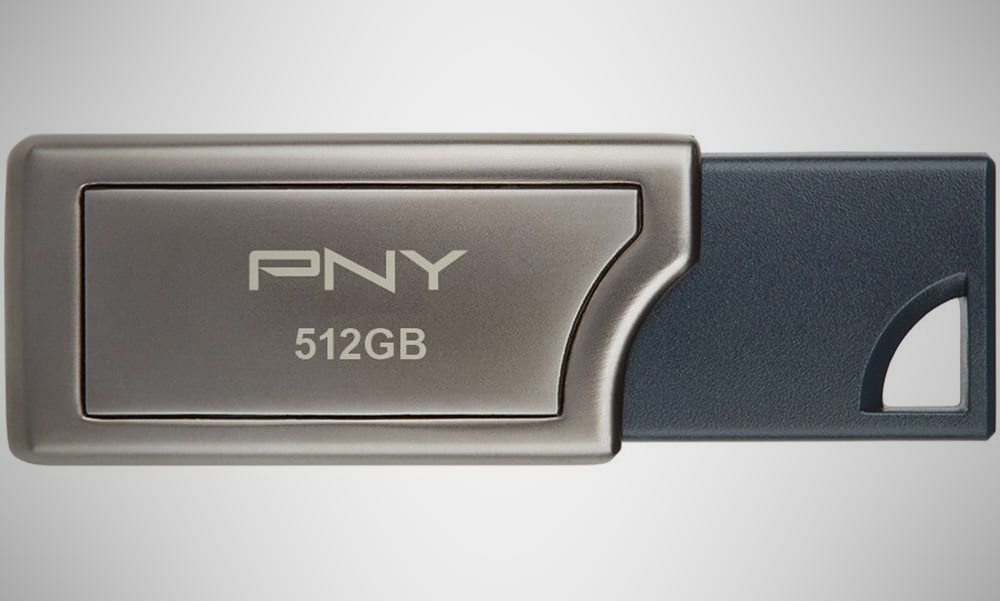 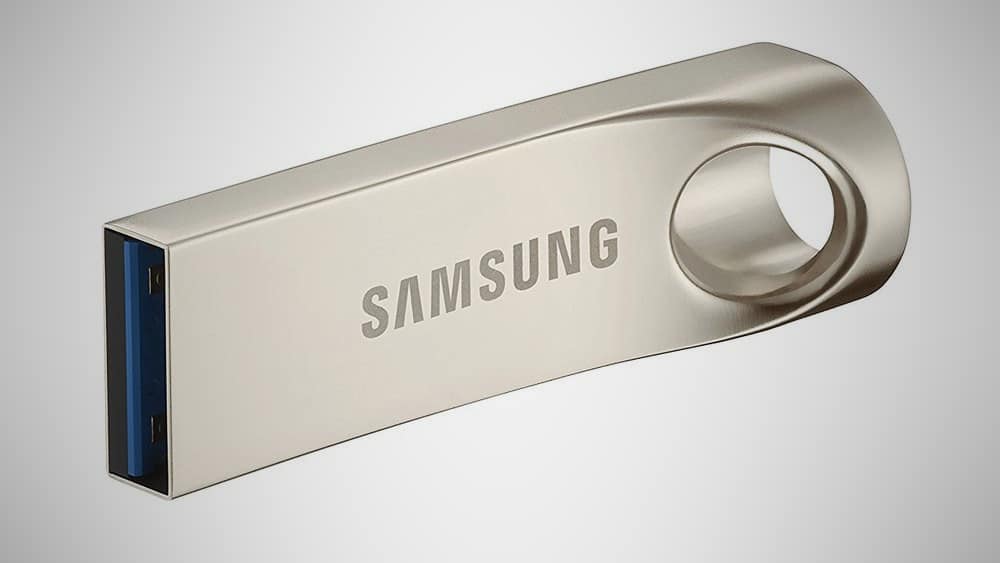 The easy rule of thumb drives is to get as much space as you possibly can for the least amount of money. That will take care of most of your data storage needs, since the modest flash drive doesn’t require very much. Then again, having the most space won’t give you the best encryption, the sturdiest body, heightened security for your data, and who knows how long it will last. Though most people will be fine transporting their information around on whatever stick happens to be laying around, there’s instances where you need to care a little bit more, and that means getting a really good flash drive for harboring your secrets.

Since they are little more than a memory card, with no moving parts to easily break, finding a good flash drive is usually as easy as locating one that is built with a tough exterior, for protection from the wetness, dust, and shocks of the world. Add in a little quality encryption with security features that make it harder to hack or crack, should it fall into the wrong hands, fast transfer rates, and you’ve got the mix for a really good flash drive that is worthy of holding onto your NOC list, your bank data, or The Colonel’s Secret Recipe.

Built to go anywhere, the Fit is about the size of your thumbnail, so it can be plugged in and forgotten about, no worries about knocking it out of the drive or bending it when you move your laptop. Security is handled by 128-bit encryption that comes with data retrieval by SanDisk. Most average users won’t need more than this for most storage needs. It’s also able to expand the memory of Chromebooks or smaller netbooks with skimpy storage space. Purchase: $8-$17

Gig for gig, there’s few other thumb drives in existence than offer both USB 3.0 functionality, and 128 gigs worth of cheap storage in a quick, retractable body. It’s not going to stand and deliver after the bombs drop, so don’t abuse it. For normal treatment and housing unremarkable information in a plain, inexpensive, quaint body, it’s never bad to have one of these on hand. Purchase: $6-$46

Smart and snappy when it comes to simple transfers, users who prefer a USB 3.0 protocol, but aren’t looking for giant choices will find this a quick, casual, affordable choice in the USB drive market. Plain and tall, it’s the secure choice for standard users with tight schedules. Purchase: $7-$45

Unable to be shorted out by water, the BAR also doesn’t allow X-rays to penetrate it, helping avoid data theft as well as radiation damage to the on-board electronics. Magnets, temperature, shock, and most anything else have little effect on the little metal maven, making its sleek design more than just a showpiece. It’s top-shelf toughness for a bargain price. Purchase: $17-$41

Claims made by Lexar that the P20 can read at almost 400 megs-per-second and write at about 270 MB-per are nearly believable when this gets plugged in. Little else on the market performs with the same bloody fast singlemindedness, able to transfer files up and down at a blistering pace. The problem is that it does bear an irritating, uncomfortable sliding mechanism that can be downright painful to use. So, that hare-grade speed comes with a major uncomfortable flaw that can be hard to overlook. Purchase: $20-$50

The Extreme CZ80 is a rare find indeed, since it actually performs better during independent bechmark tests than SanDisk claims. The read and write speed are among the fastest in the flash drive game, clocking almost 200 megabyte-per-second write-speed, and a little under 250 MB-per-second reading. It handles all file types equally well, and runs like a cheetah on PCs or Macs, making them adaptable enough for any user. Purchase: $25-$65

Any Apple devotee will want this on hand due to its built-in Lightning connector, allowing it to interface with iPads and iPhones without the need for expensive equipment and adapters that Apple will happily sell you for inflated prices. Using SanDisk’s software, this will talk to your peripherals and circumvent some of the needless proprietary hoops that Apple insists on bringing to the market. Purchase: $40-$97

Here’s where you go when you need bombproofing and protection. 256-bit encryption keeps data safe as houses, while the space-age look can also stand up to being submerged up to 600 feet, or survive 10 tons of pressure. Stomp on it, smash it, drop it, you’re going to have to burn a few calories to put a dent in this, whether your attack is physical or digital. Purchase: $45-$110

Shock-resistant aluminum on the outside, bearing USB 3.1 protocol that promises about 400 MB-per-second worth of read speed, and 300 when writing, the Magnum 2 is a high-end option that promises heavy hardware meant to survive the fall of man. Intensely light and concealable, clandestine operatives might find this sturdiness useful, while for most of us it’s a little excessive. Purchase: $58-$190

256-bit encryption is nice, but add in a numeric touchpad and now you have layers of security geared toward frustrating the most dedicated digital thieves. Not only resilient to cracking, but able to keep dust and wetness at bay, what it lacks in style points it more than achieves with safe operation. Purchase: $60-$169

Though this isn’t technically a flash drive, but one of the new external SSDs (Solid-State Drives) that are making a waves among those who need bigger storage caps and deadly quick transfer speeds. It has half a terabyte of storage, wrapped in an aluminum body that can be run over, beaten, and maybe set on fire without losing a byte of data. Purchase: $209+

Made of metal to ward off daily abuse, the name “Pro Elite” might be a little redundant, but it encapsulates the hardy quality put into play here. You can get these in a range of sizes going up to half a TB, all with USB 3.0 wiring that lets it read at about 400 MB a second, while writing is handled at less than half that speed to ensure fewer failures during data transfer. Purchase: $50-$229

Going over the top when it comes to price, the Savage is still an incredible way to keep your information safe, though you really don’t require the metal cross body, the built-in carrying straps, and the slightly showy design. Transfer speeds tend to run a little light, reading at 350 megs-per-second and writing at 250, but that’s because the Savage is made to survive four horsemen, not hop to at speed. Purchase: $49-$280