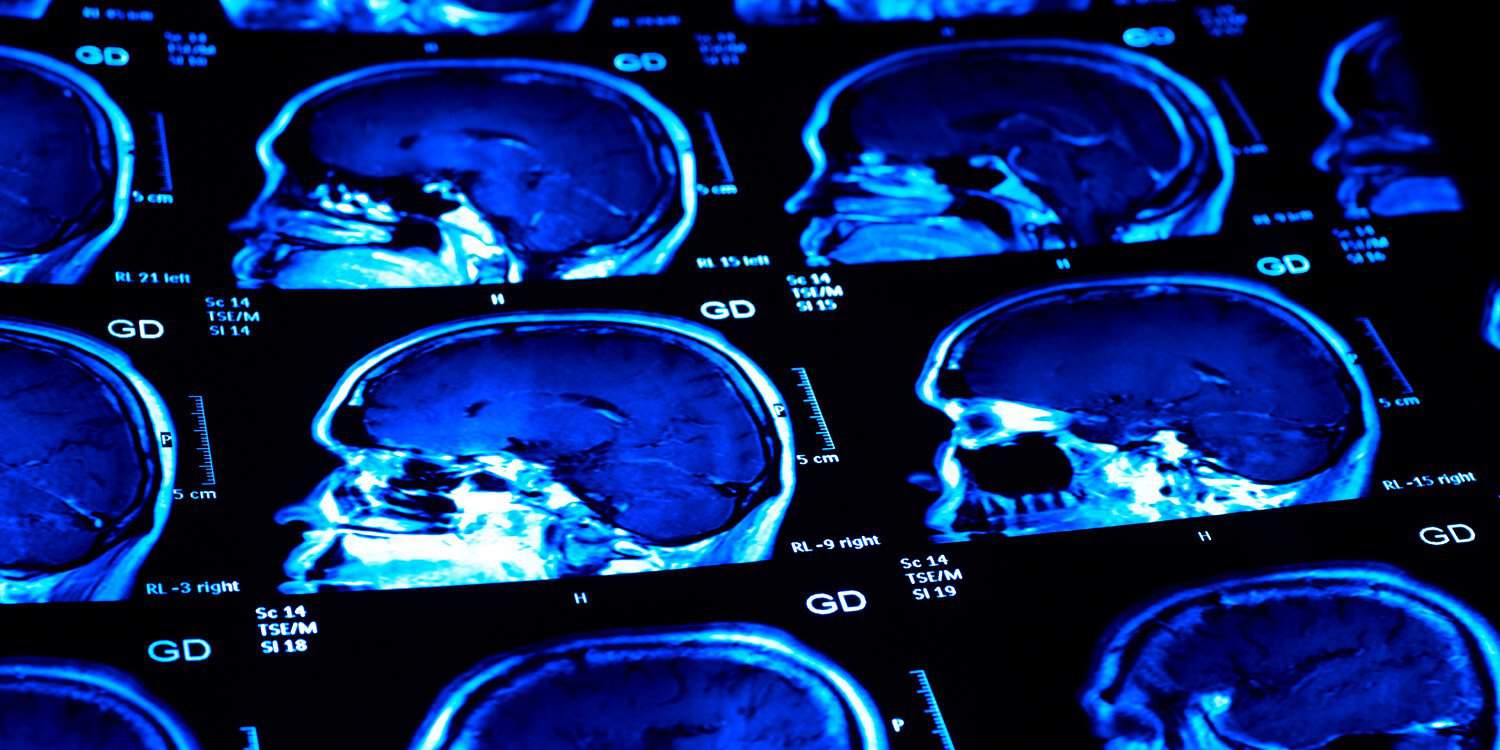 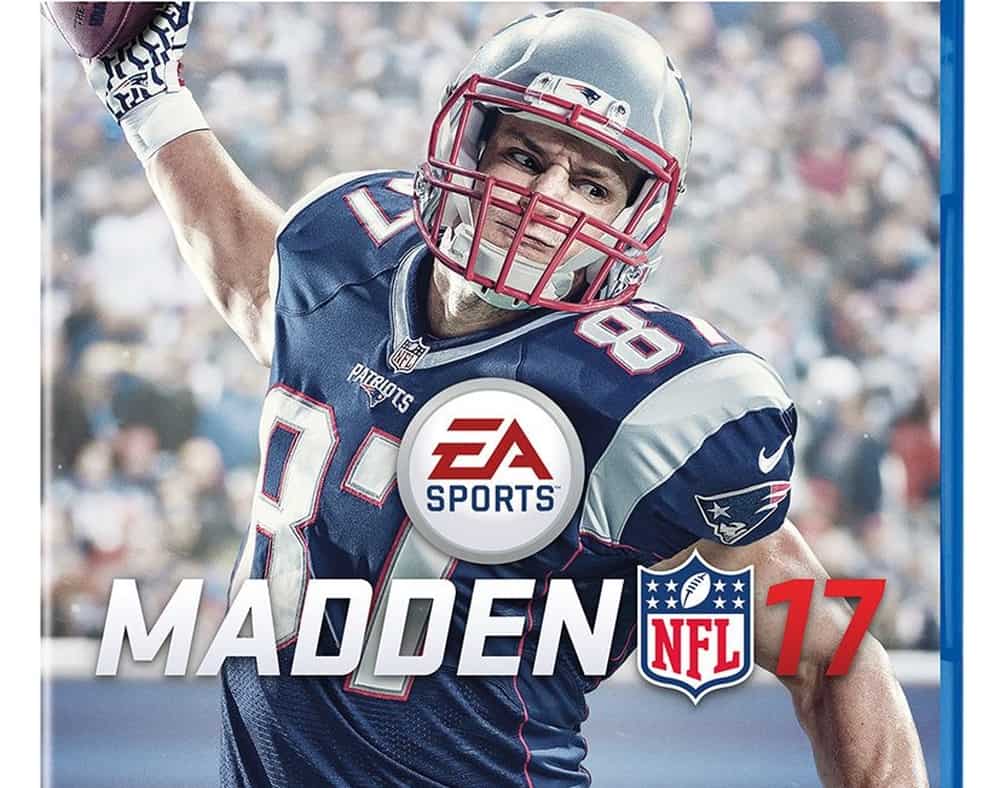 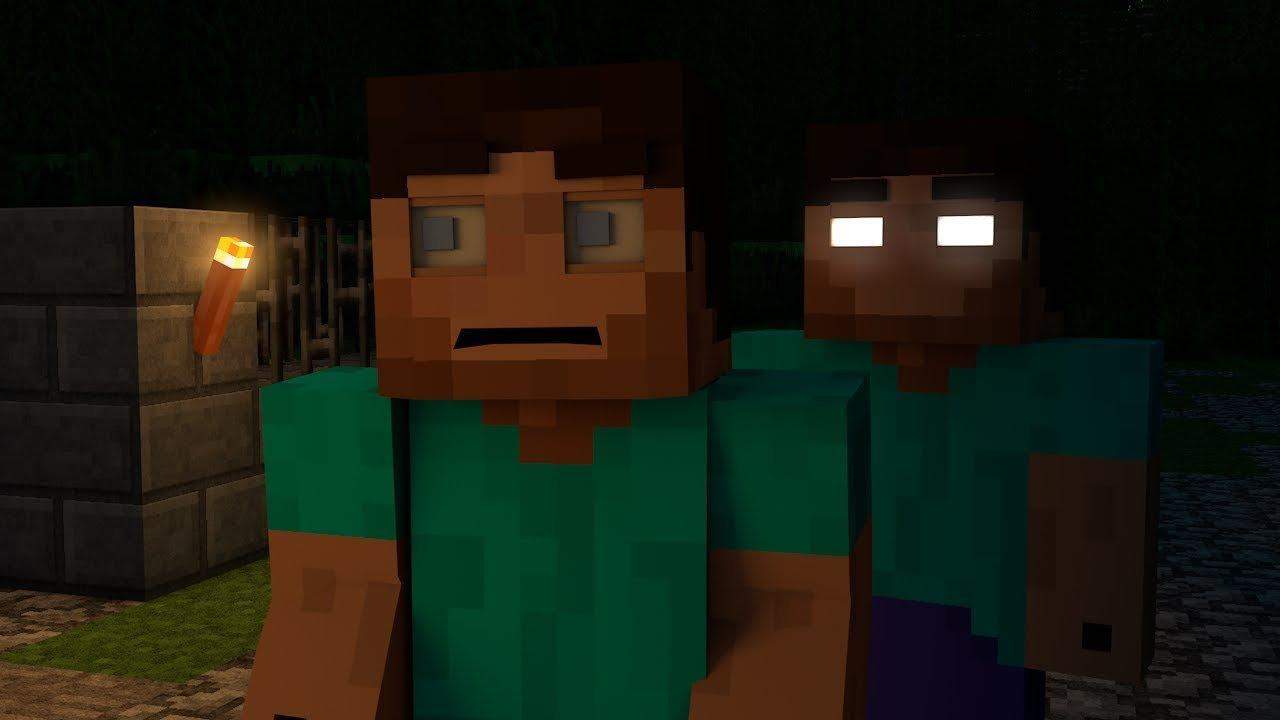 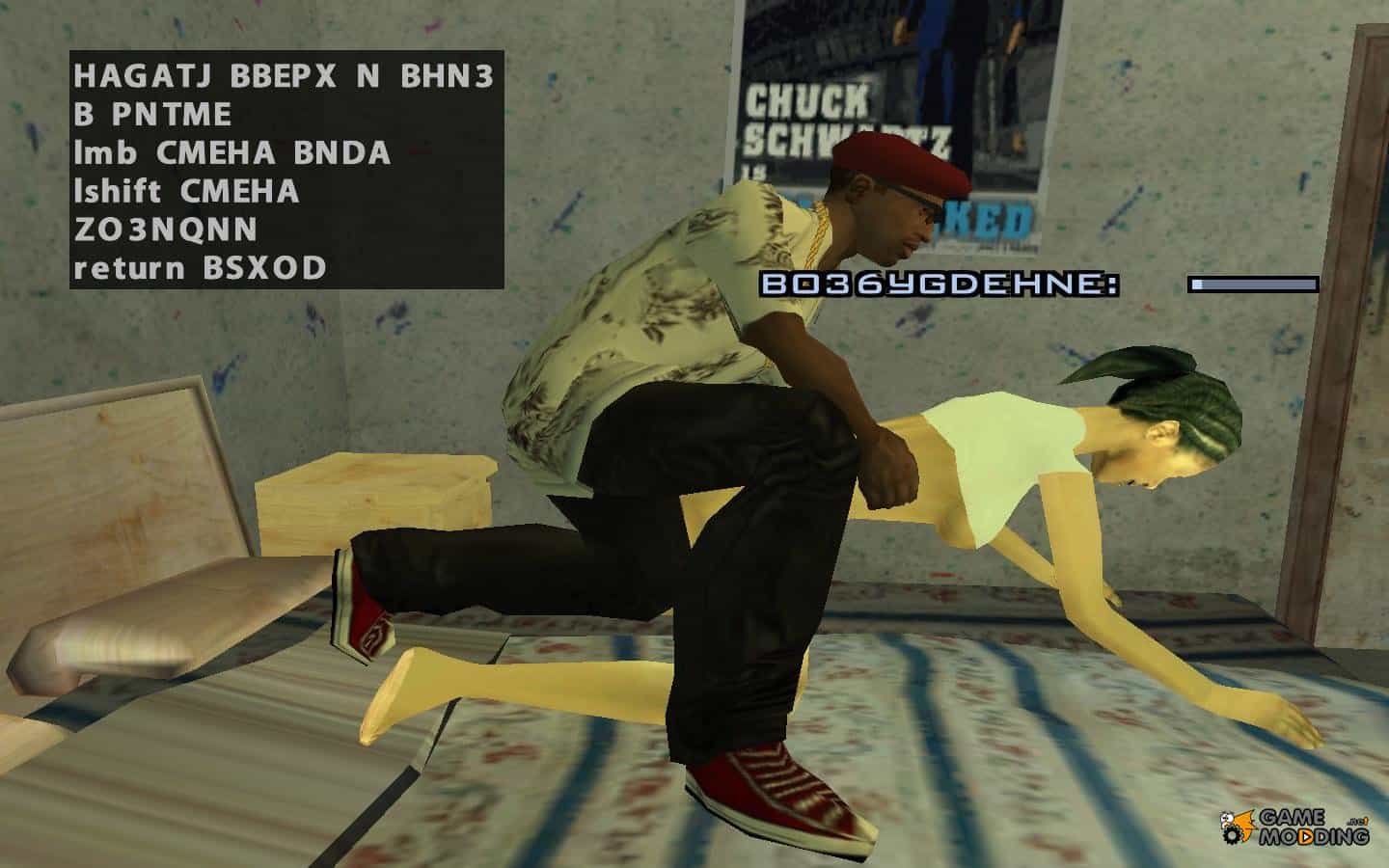 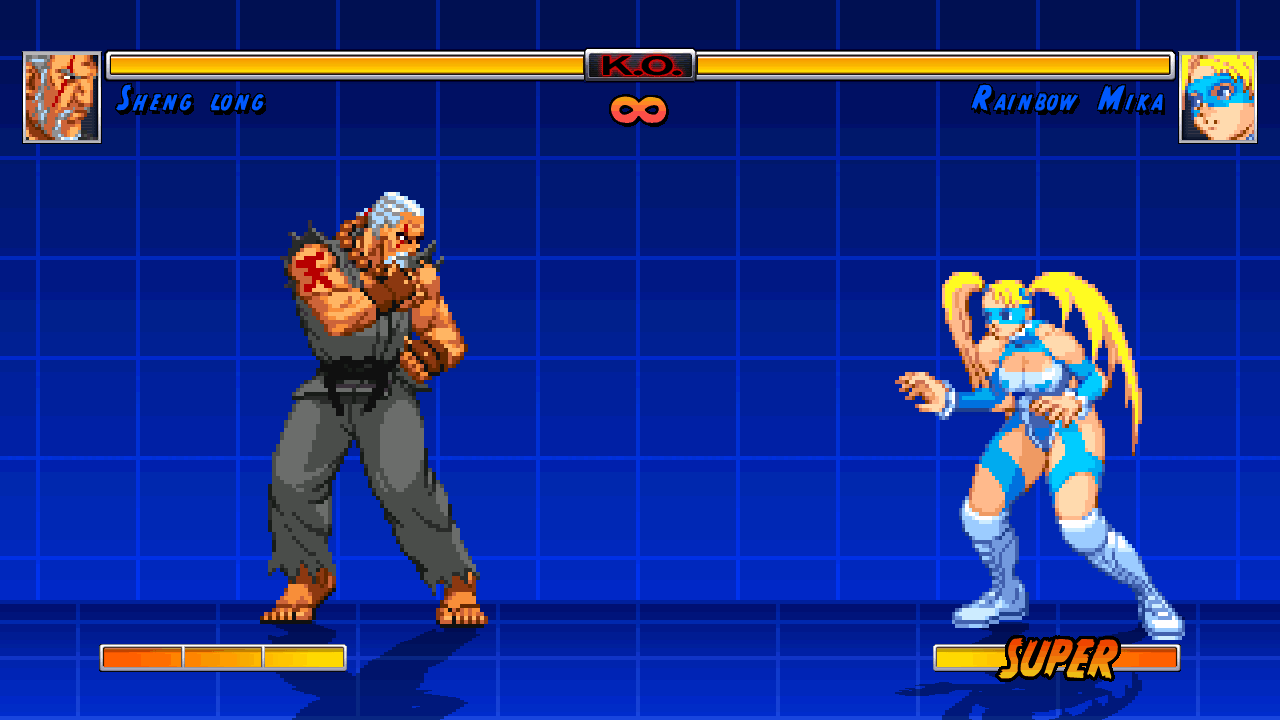 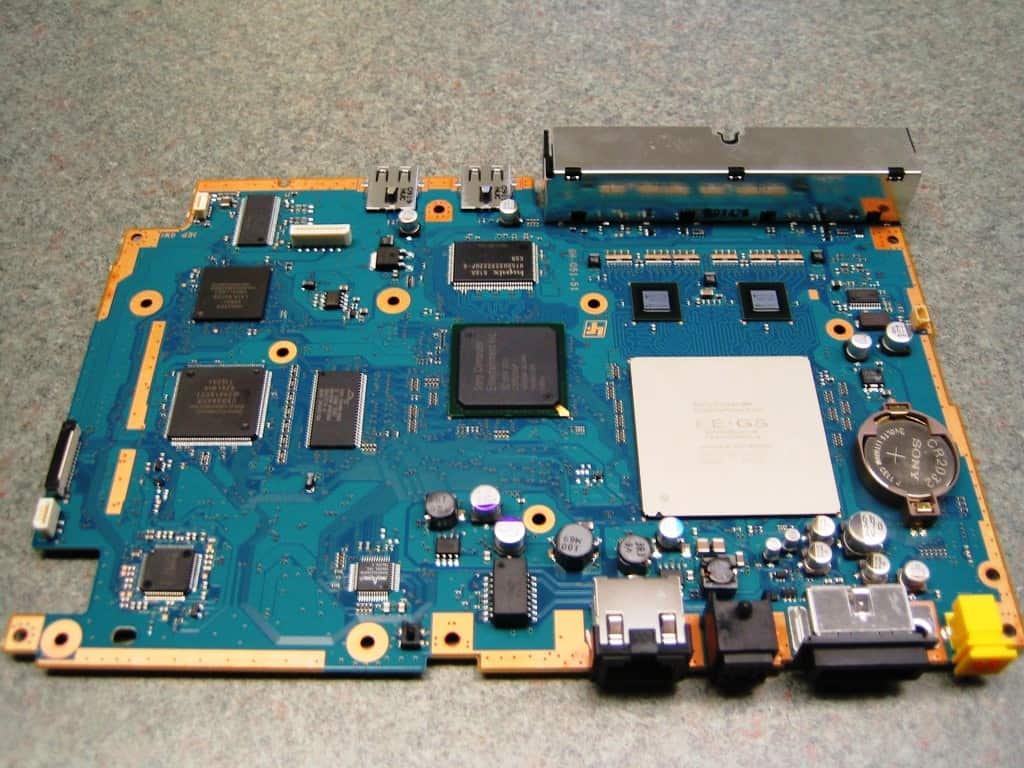 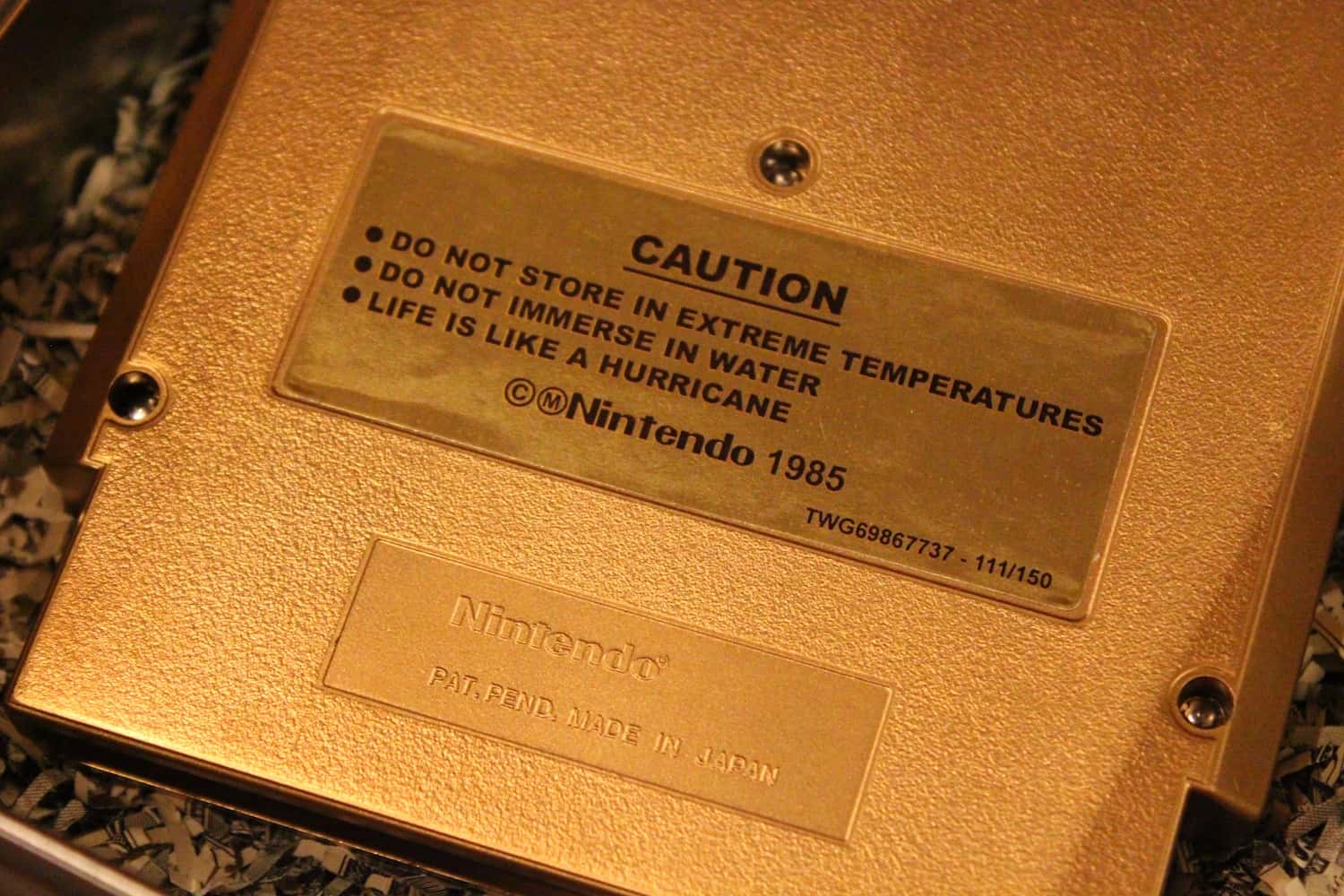 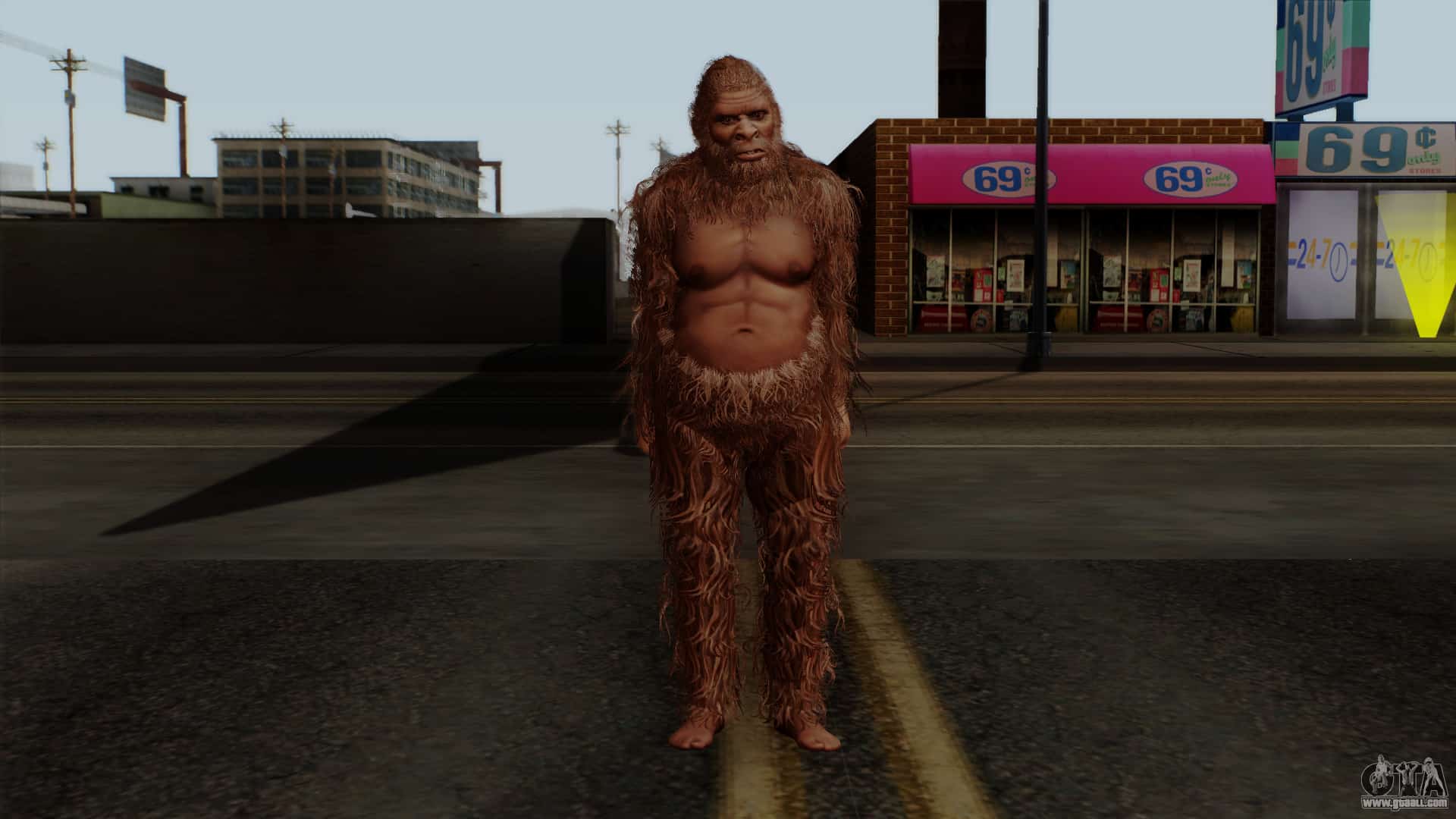 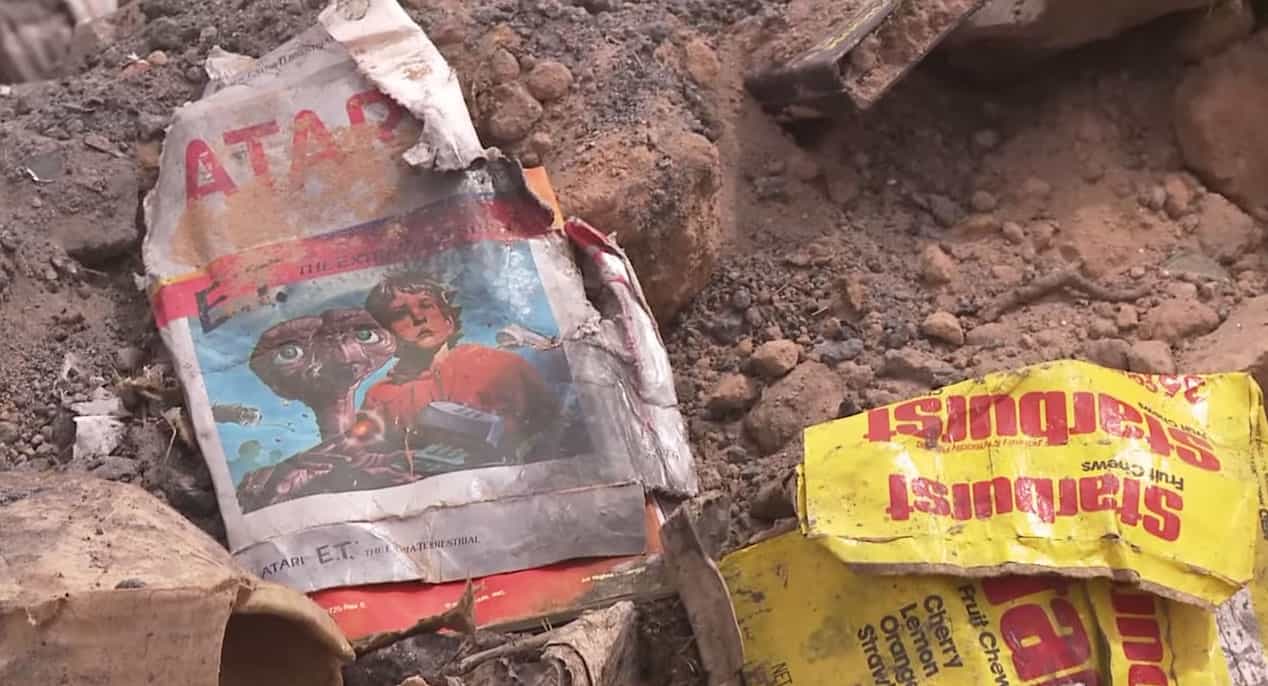 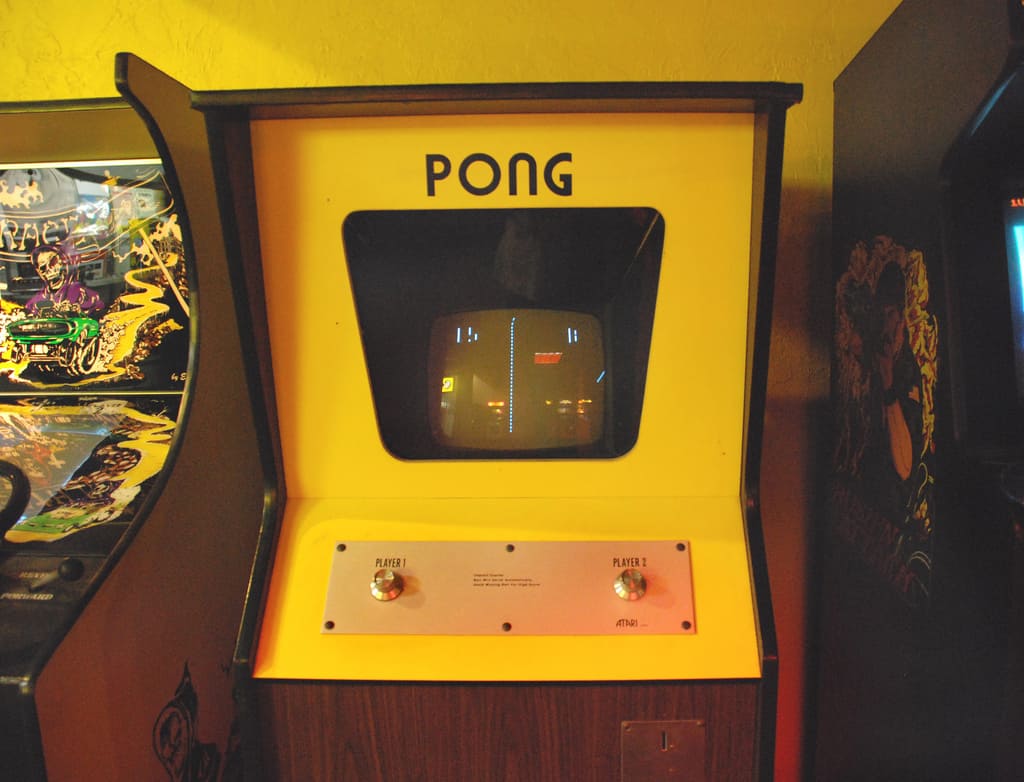 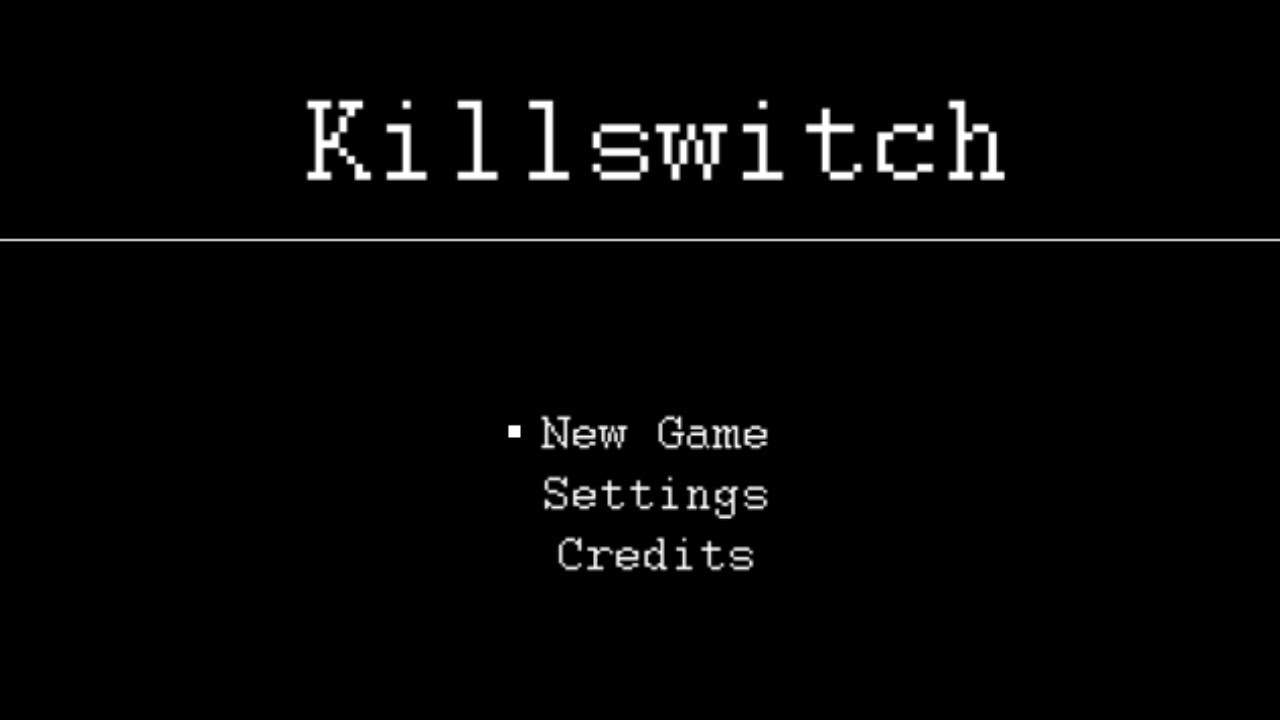 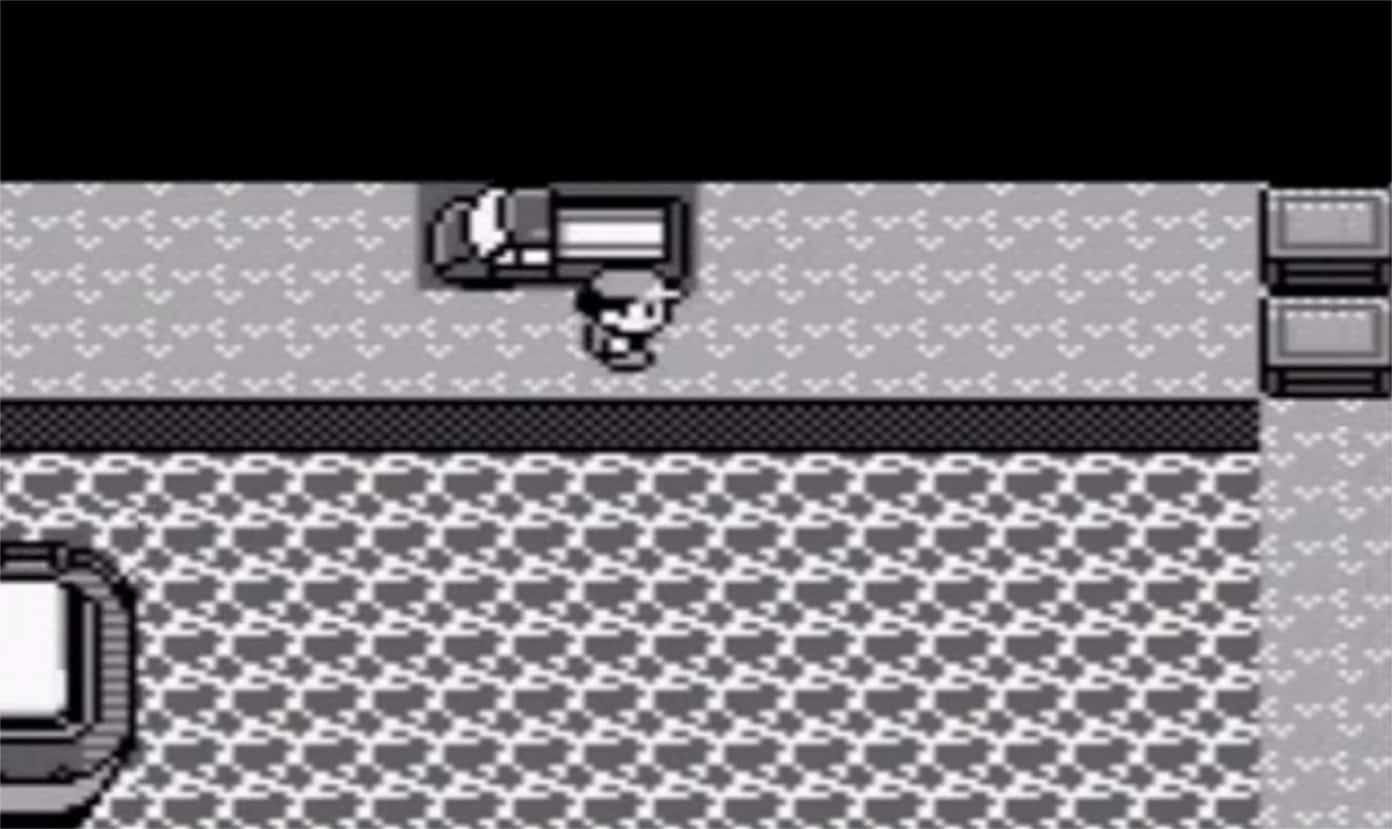 Video games have become immersive worlds with rich backstories, varied characters, and a lush backdrop. They’re modern, enveloping places contained on a disc or drive that tell simultaneously epic stories. Most gamers have an inherent love of these stories, and have a tendency to add their own little embellishments, particularly when it means getting a laughable meme to go viral, sending people scrambling to try to discover whatever secret code, secret level, or Easter Eggs that a game may or – more often – may not contain. These altered stories get embedded into the gamer consciousness and passed along through the interconnected culture, forever suckering new players with the lies of old.

Looking back at the things we believed as we toiled away bringing Bowser to heel, slaying the devil, and even getting Roadhog to snatch that pesky Pharah out of the sky, we have been fooled again and again. Here’s the 19 most popular video game myths ever spit out to mislead us as we rescued countless princesses, laid dragons low, and won WWII seven hundred thousand times in every possible way.

Supposedly, the Lavender Town where Pokémon go to be buried in Pokémon Red and Green had such grim, depressing music that it drove many Japanese children to kill themselves. Patently untrue, since notes produced can’t cause you to do anything other than turn them off or turn them up, the dinky noises are a little eerie, but mostly obnoxious and certainly unable to drive anyone to commit an act of self-harm. Though it may make you want to slap the person who invented Magikarp, but that has nothing to do with music.

Video Games Are Good For Your Brain

Mostly untrue, there is evidence that fast twitch action games enhance spatial reasoning and hand/eye coordination. Also, you can glean some tidbits of knowledge from trivia games, but not nearly as much as you’d get cracking a book. While this is currently untrue, there is work being done on games that actually enhance your cognitive ability, but none have actually been proven to make anyone smarter, even if they’re starting from a Bieber-level of ignorance.

When the football game Madden first arrived, it was a huge hit that featured some of the best players on the cover of the game. Then those players started showing up with injuries, and later would have terrible seasons, leading people to believe the game was cursed. In fact, injuries are so common in a brutal sport like football that it would be more notable if they hadn’t suffered any injury. Bad play and bad luck are also commonplace in sports, making this a superstition at best.

P.T. was a playable trailer for Silent Hills, a Hideo Kojima game that also had direction from Guillermo del Toro and starred Norman Reedus as the main character. This became a myth because the wonderful, spooky teaser that was released in which a man watched himself get caught in a time loop inside of a haunted house never came to pass. Kojima fired it’s whole team and the game died on the vine, merely a brilliant teaser that the survival horror world shall never know.

The Legend of Zelda’s Nazi Map

The first quest in the original Legend of Zelda includes a dungeon that looks like a “swastika.” This is technically partly true, except that isn’t a swastika design, but a similar icon known as a good luck manji in Buddhist culture. It supports peace and luck, not genocide.

Minecraft has a lot of oddities, since it’s a big world where innovation is prized. The most famous myth is that of the Herobrine Ghost, which appears as a standard player with glowing white eyes who moves around bricks when you aren’t looking, undoes your construction, and builds his own maddening structures in your world.

No one has ever recorded proof of seeing this digital trickster outside of mods, nor is there any evidence in the code of the game itself that any such thing exists.

A sex mini-game that cropped up in the GTA franchise as part of their San Andreas release, Hot Coffee is true as it was scrapped during development. What makes it a myth is the fact that even finding it doesn’t mean you can play it, with almost no one able to actually interact with the game, making it more a coding bug than a hidden secret.

Ever since the buxom brunette hero came onto the scene, the whole goal of male gaming culture has been to get her out of her digital skivvies. This has never and developers say will never occur, and combing through the game code proves not only is there no code, but they work extra hard to make sure our heroine stays honorably clad, even if she does wear a tank top in freezing weather on islands replete with enemies wearing far better clothes.

The Secret of Sheng Long

Electronic Gaming Monthly was a magazine that was popular before everyone had an internet connection. They often would put April Fool’s gags into the magazine; one of which was a supposed Street Fighter II character called Sheng Long. The code to unlock him they printed didn’t work, of course, because he was entirely a joke made by EGM writers.

Using a PS2 Chip You Can Build a Missile

There was talk that the tech used in the second PlayStation was so powerful that by combining several CPU’s together, you could devise a supercomputer that could control a missile. While technically possible, the issue isn’t actually the hardware, but the program needed to run such a complex CPU so that it could work.

Blowing On NES Cartridges Made Them Work

What made them work was taking them out and getting the pins to realign. Adding in moist air from your filthy body only caused more corrosion and actually reduced the longevity of the games, and made them less effective over  time.

There’s a grainy picture that led to many bored open-world players wandering around seeking out the mythical ape. As in real life, he’s nowhere to be found in the game, and therefore no, couldn’t get your girlfriend pregnant. She’s lying to you. And don’t buy any “immaculate conception” nonsense either.

A game that was supposedly used by the government as part of thought experimentation, these could supposedly cause hallucinations, sleep deprivation, and could be used for mind control. Point of fact, the game doesn’t exist and any government officials seen around arcades were not reprogramming their device, but likely there investigating gambling hacks being performed on arcade devices.

Millions of Atari Games Are Buried In New Mexico

There’s a nugget of truth here, as there’s many copies of the Atari Game E.T. The Extra Terrestrial. These were put there by the development company because they were so bad, so buggy, and so difficult that no one wanted them. To dust they went.

Pong Was The First Arcade Game

In fact there was a computer game ported to the arcade before Pong. It was called Computer Space and came from a game called Spacewar!  Computer Space was hated because it was way too difficult. Then Pong came about and showed that games could be fun, and not make you want to smash them to pieces.

A rumored game from 1989 that would completely uninstall and delete itself after being completed, little about the lengthy myth makes sense. Supposedly there were two selectable characters in this survival horror game, Ghast and Porto. Ghast would fight while Porto solved puzzles. Thus far, the existence of this game has not been proven, nor has the existence of a developer, and the notion of a game that could “delete itself” without an IT pro finding a workaround in the code is downright ludicrous.

Mew Hides Under a Truck in Pokémon Red & Blue

Supposedly the powerful, wonderful Mew was actually lurking under a truck in a parking lot which you had to push. While the vehicle is there and can be pushed, it yields no Mew and is more probably an accidental design that was never taken out.

The initial Diablo for the PC was supposed to have a level you could enter by using a portal near a dead cow in the game. There was no such thing until Diablo II at which time you could enter a level populated by weapon-toting cows who would moo incessantly as they hacked you to death.