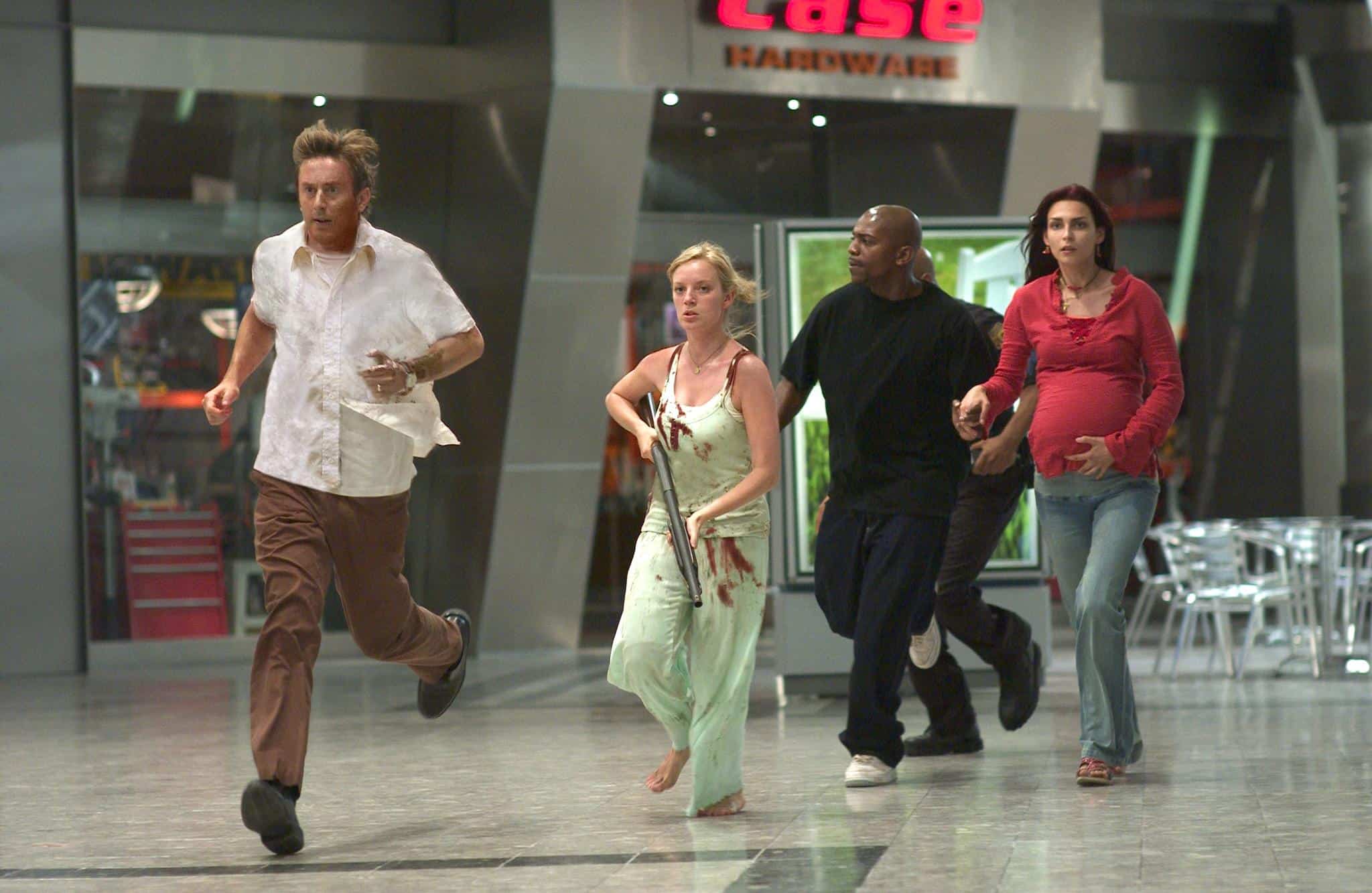 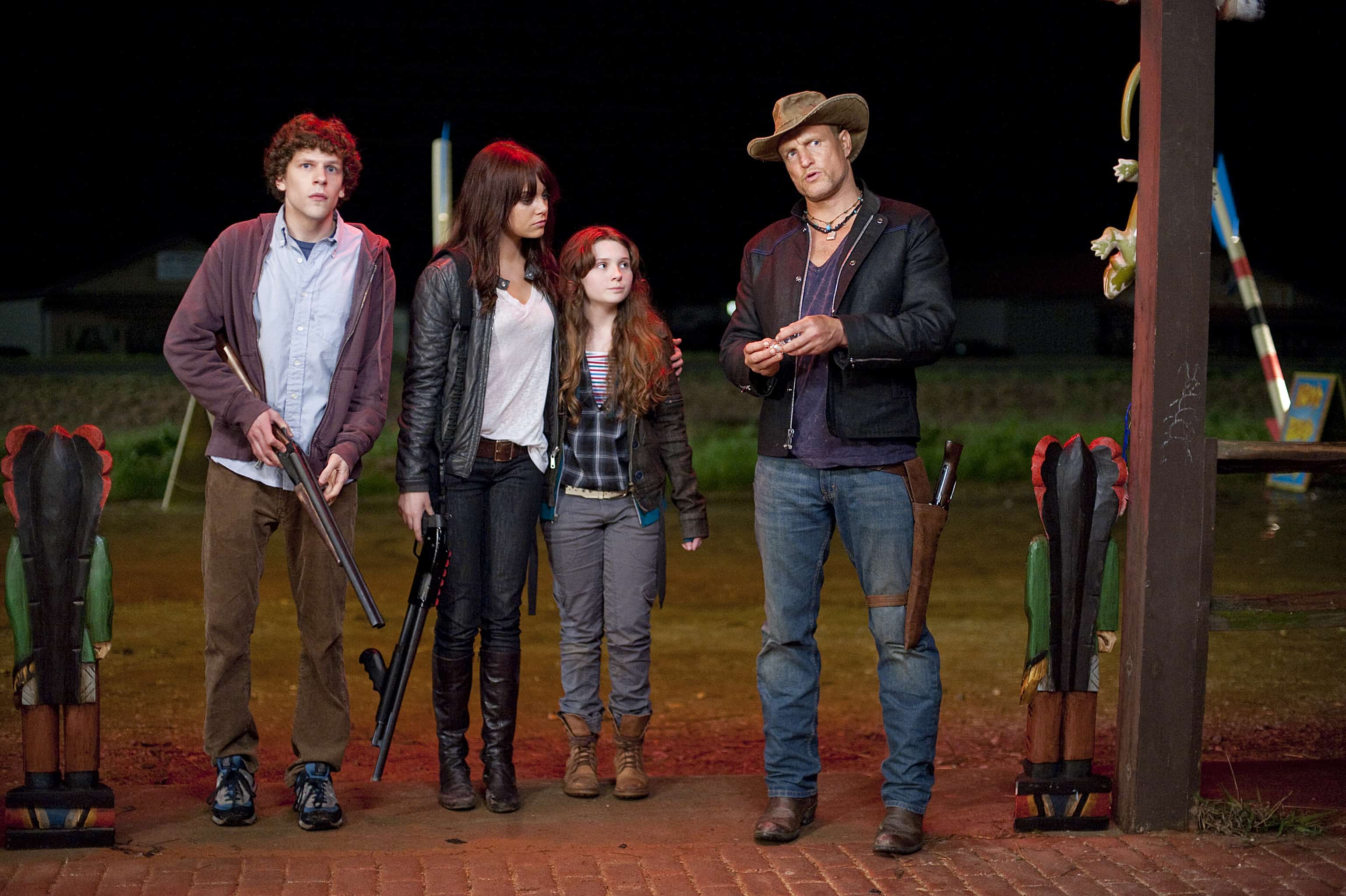 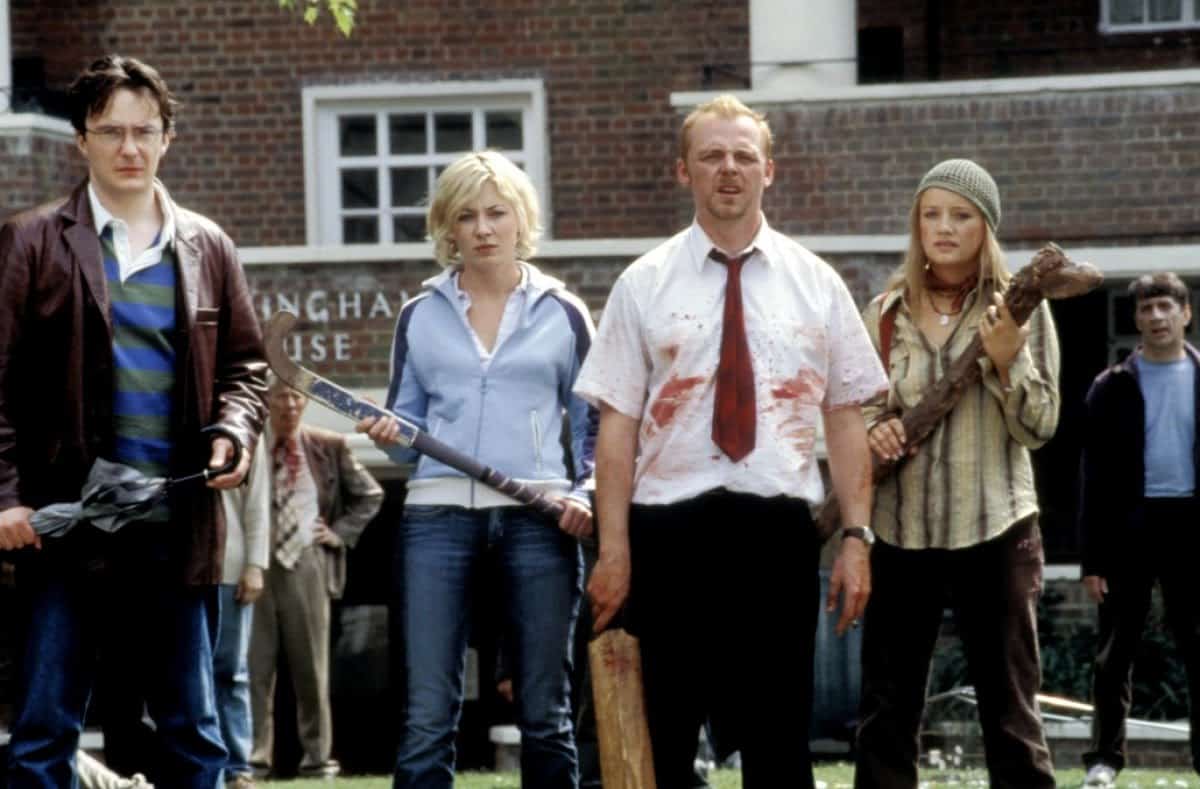 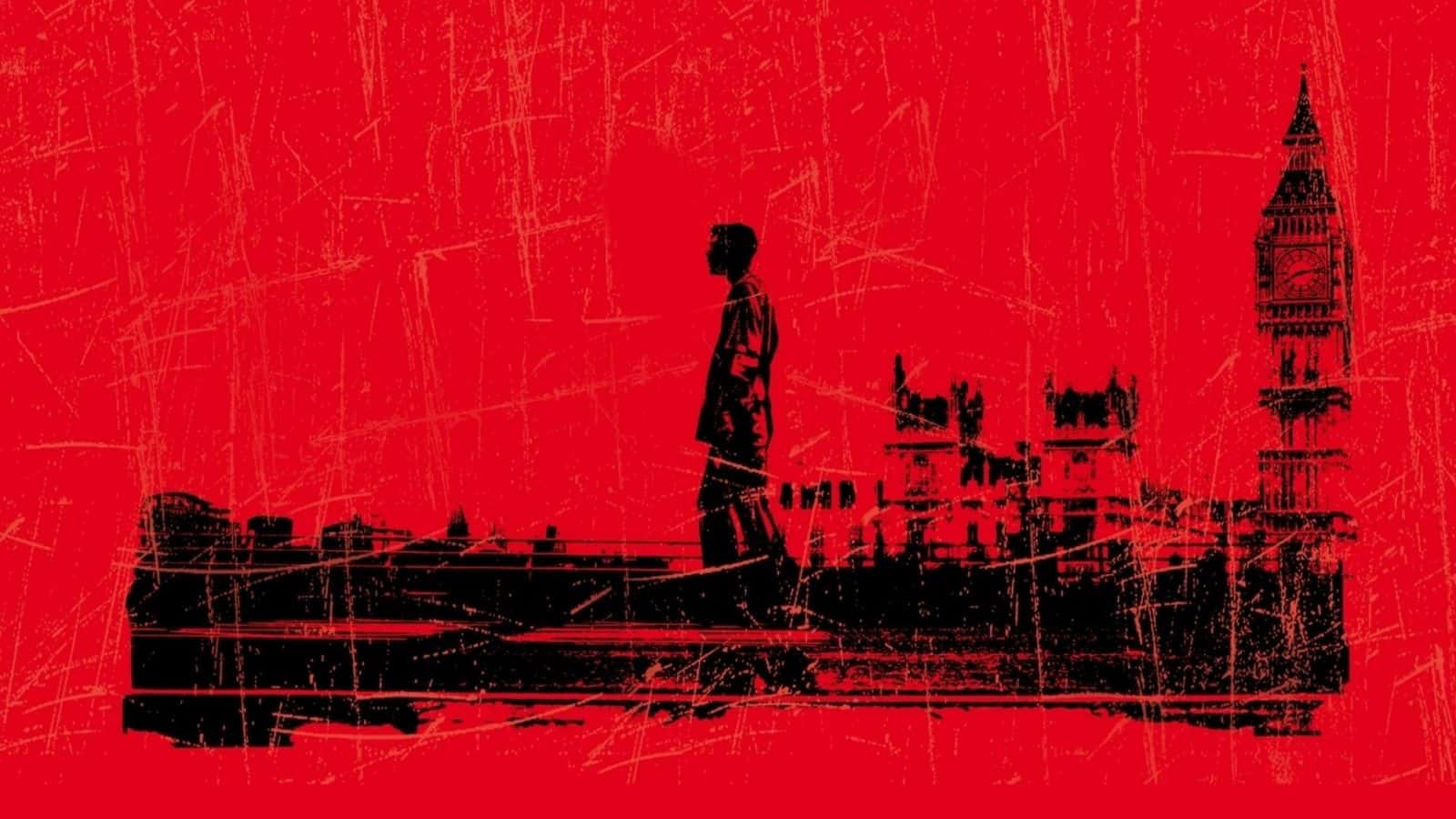 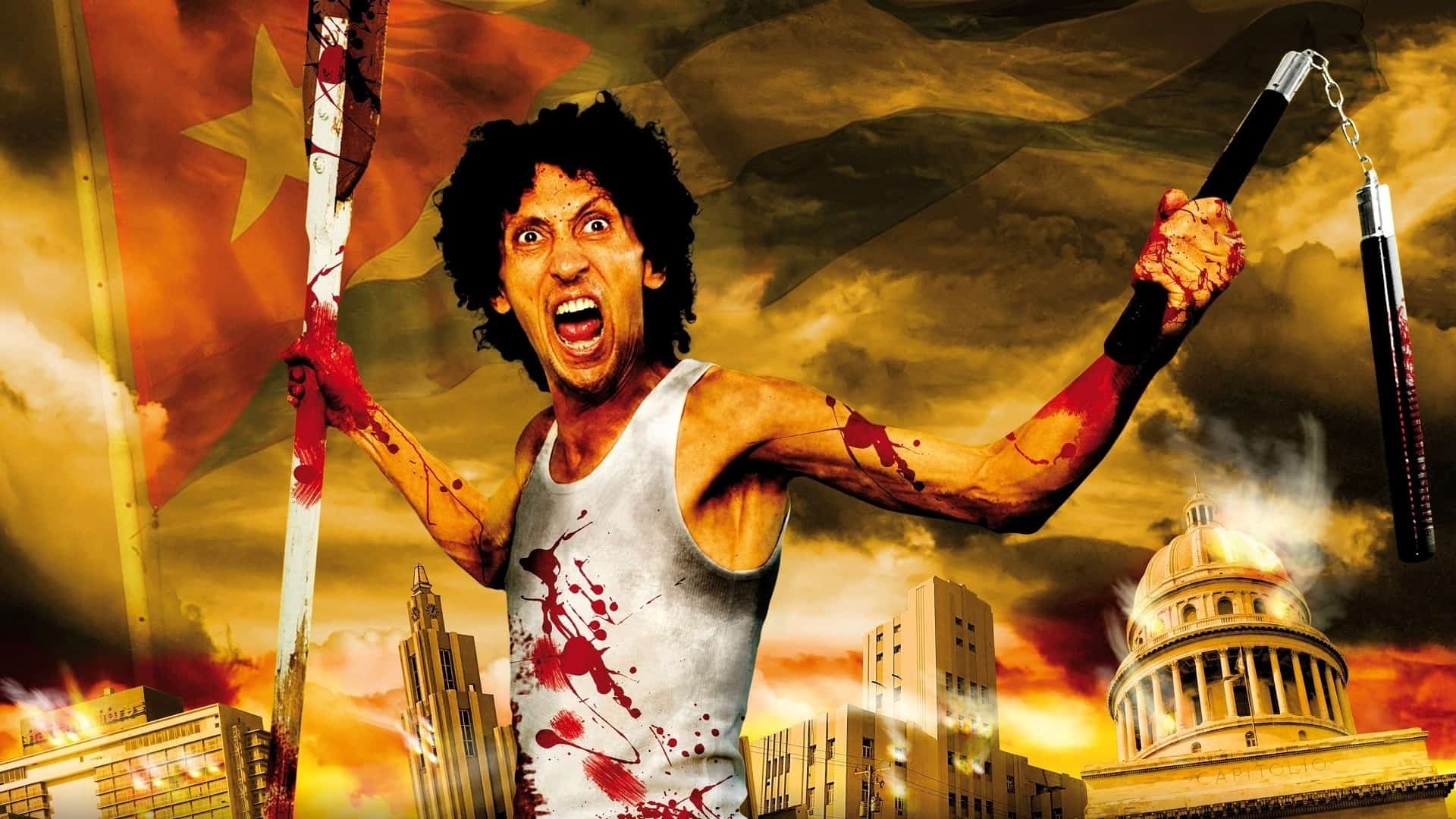 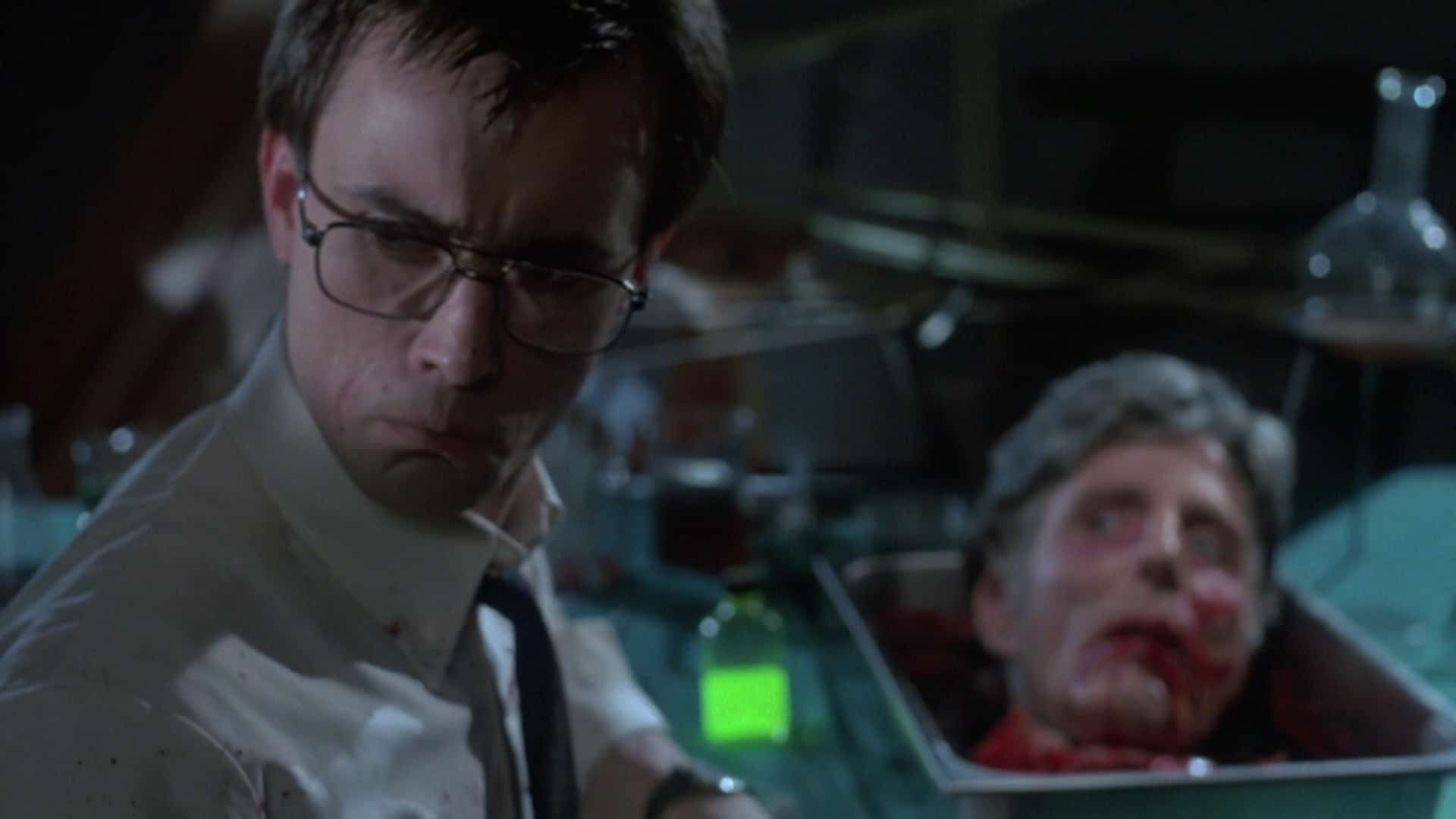 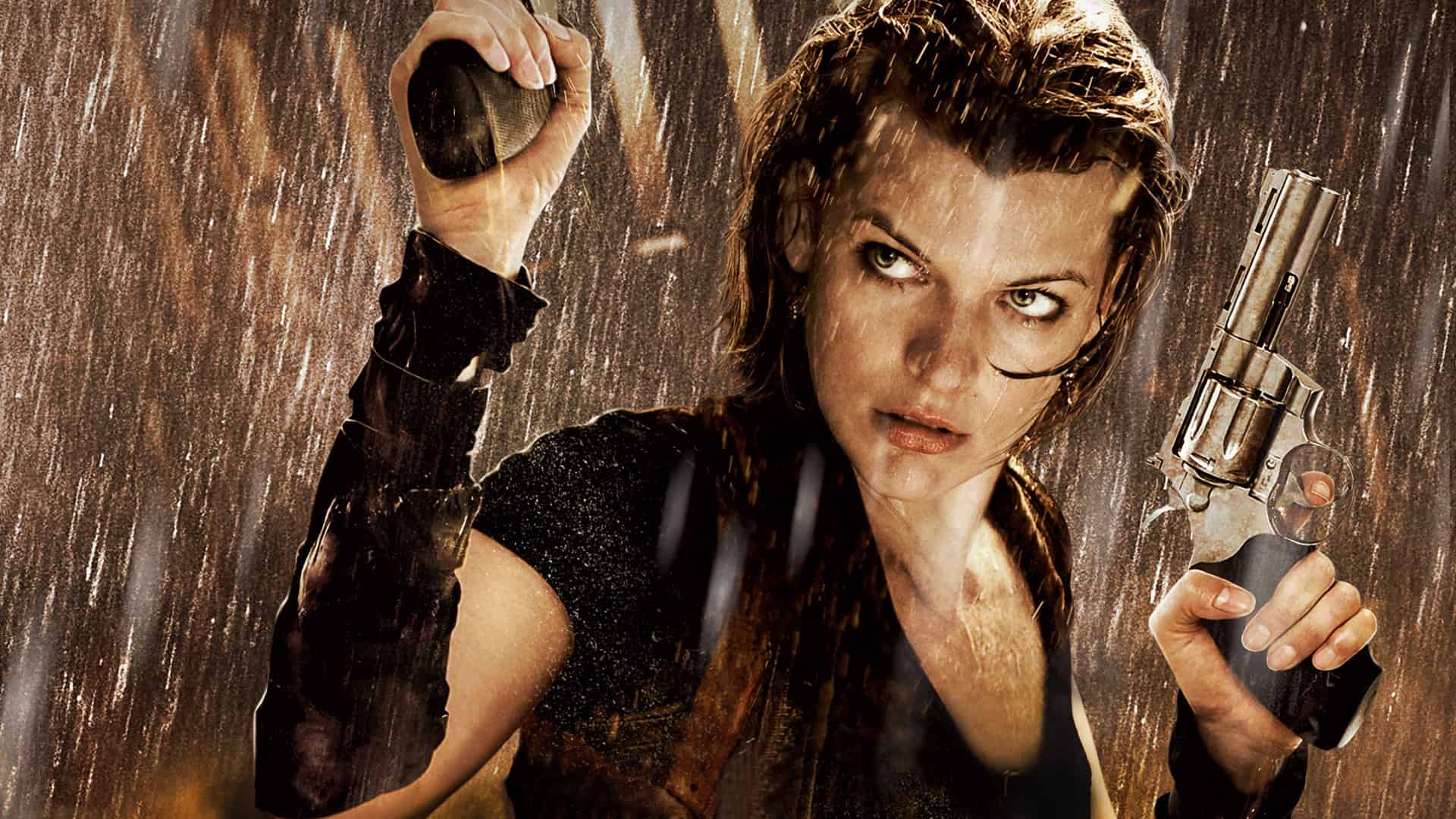 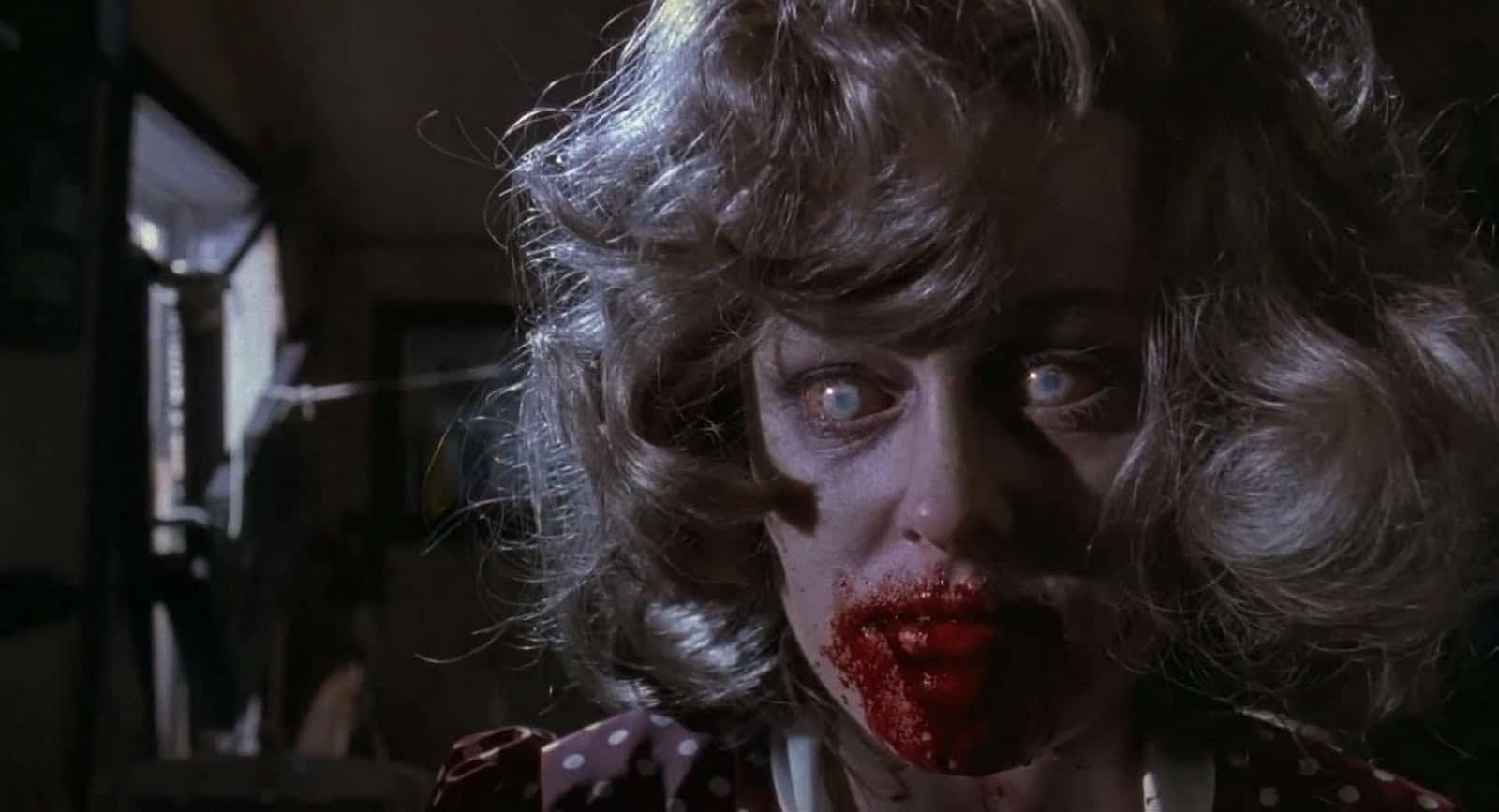 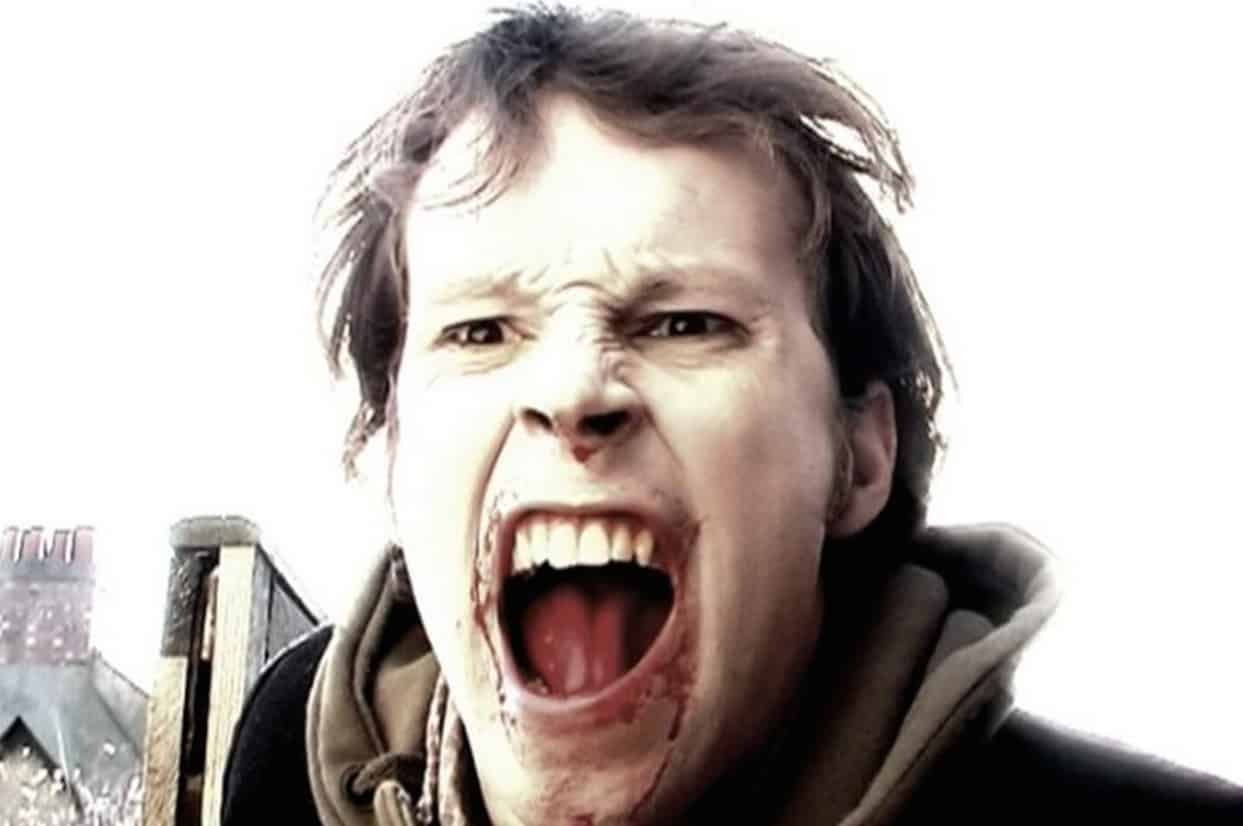 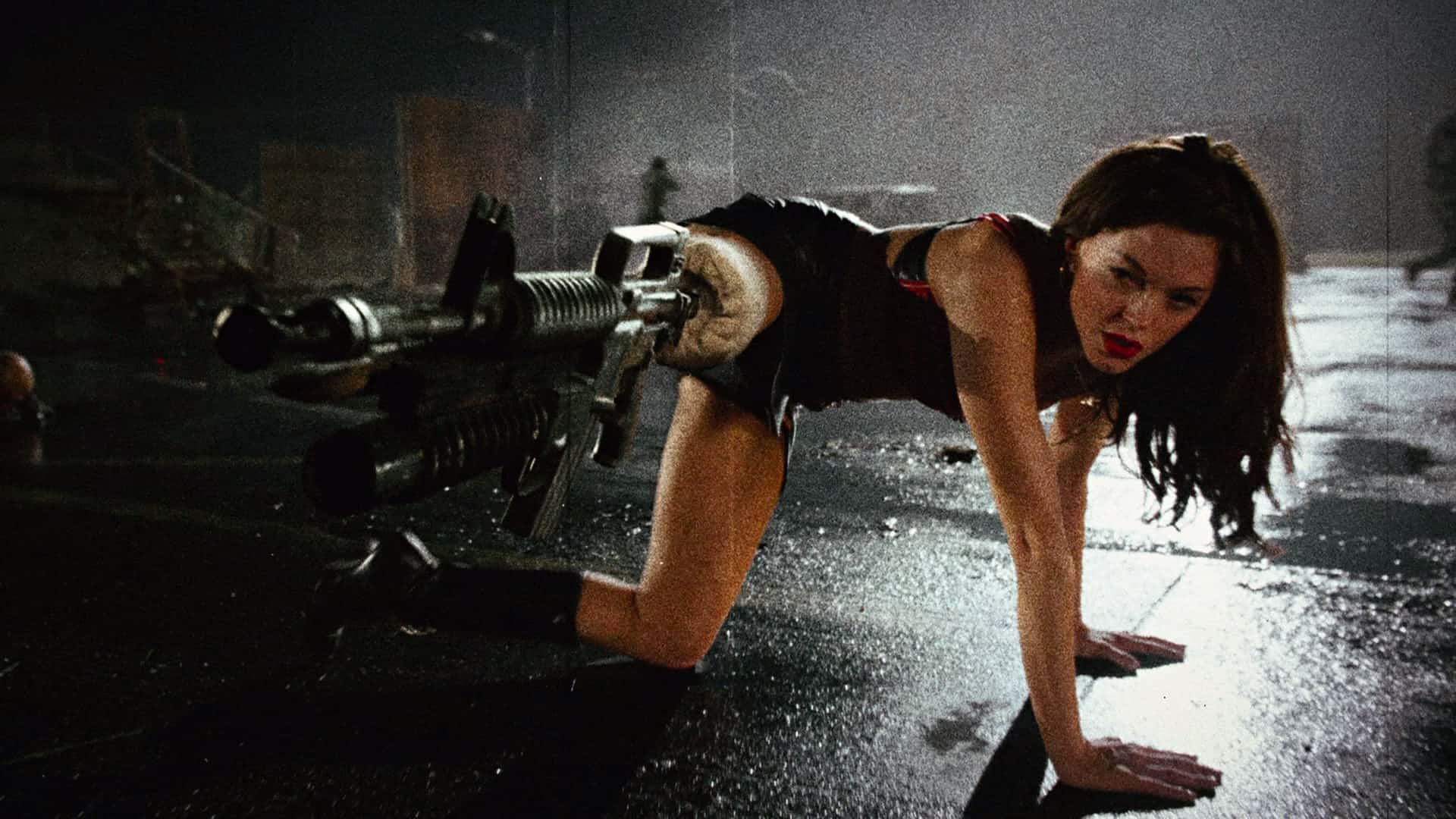 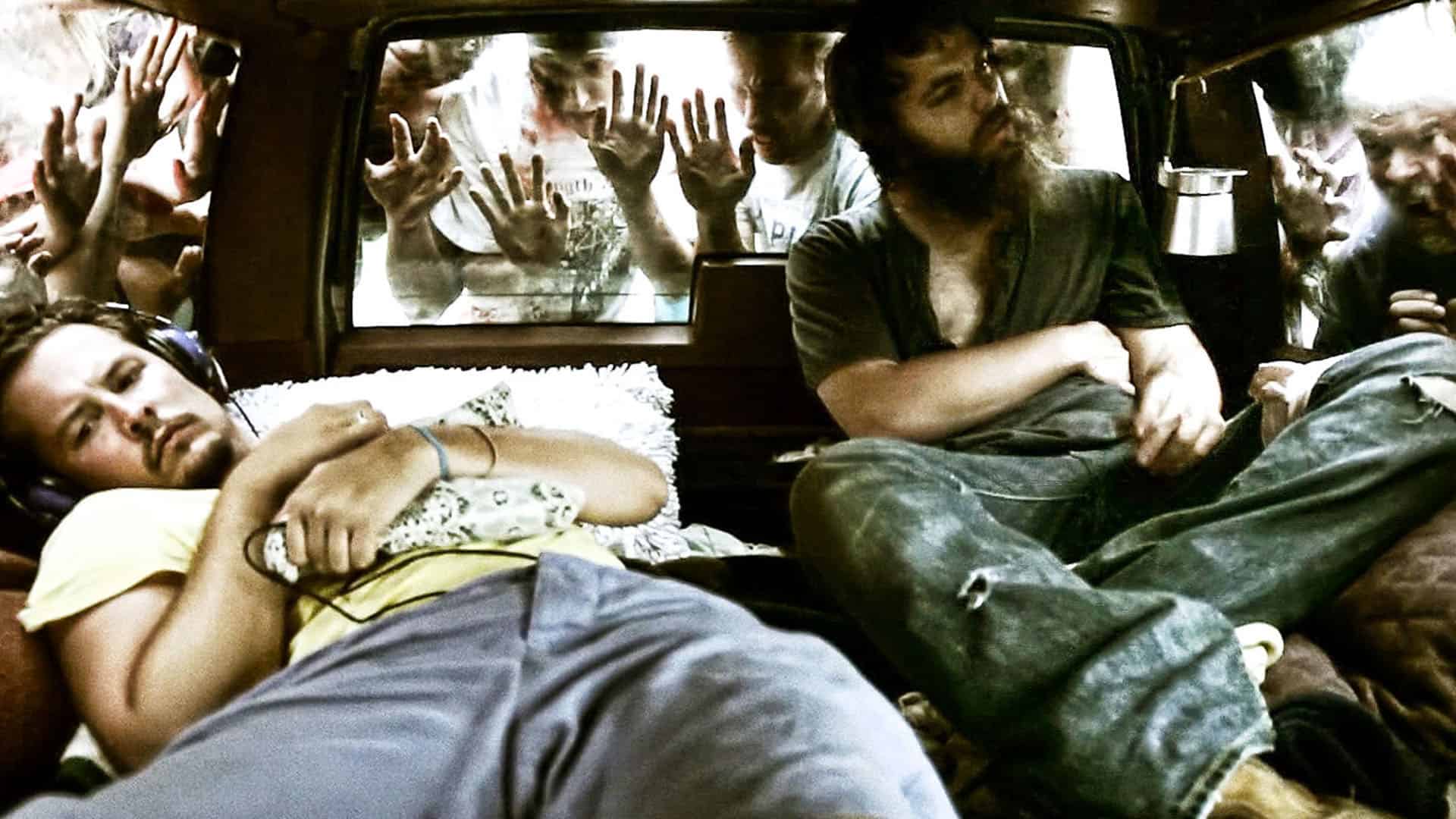 Though zombies have been around for ages, first thought to be created by necromancers in Haiti as “zombi” or “zonbis”, they didn’t get the same attention paid to other things that go bump in the night. That is until George Romero came along and reinvented the whole zombie culture. Through his 1968 film Night of the Living Dead Romero created a film genre unto itself and a mythology that has only deepened with time. From headshots being the only method of killing, to the eating of brains, to the rotted look and shuffling gait, Romero built the zombies of today.

Since the original Night of the Living Dead the zombie world has been overrun with pretenders and second-string bandwagoners. These people have barraged the viewing public with bad zombie flick after unrepentant, undead terrible zombie picture. The poor monsters have been misused by every hack out there, leaving real fans to wonder where the quality zombie cinema is. Well, if you have an unhealthy fixation with reanimated corpses, here’s the 11 best zombie movies ever brought to life.

Dawn of the Dead

Though the previous version was fine, Dawn of the Dead truly introduced zombies to a whole new generation. A reboot that was sorely needed, adding in the answer to fantastical questions such as what happens if you’re pregnant during a zombie outbreak, along with loads of gore, scrappy survivors, and an ensemble cast that begins flawed then moves toward triumphant. It’s more than a slam-bang head-blasting action film, but there’s enough of that too.

Comedy is inherently intertwined with contemporary zombie culture. From the very beginning, zombies had a tongue-in-cheek relationship with horror, as their very phantasmagorical elements seem to invite comedic beats. When you put together a team of exceptional comedic actors, who are legitimately exceptional at selling the impossible, you get a movie that’s able to touch all the right notes while still being light as a feather. Love, death, family, and Bill Murray.

Shaun of the Dead

Diving really deep into the comedy world is Shaun of the Dead, which does something that few zombie movies attempt: They follow ordinary people. While characters in every film begin normal, they’re one montage away from becoming badasses capable of making impossible kills on the run. Shaun and his brood aren’t like that, as they mostly want to wait out the apocalypse with a pint. Though easily dismissed as daft, the character relationships and too-real feeling of the dopey protagonists show a reflection that is at once funny and a little too accurate.

Like a good mix tape, it’s time to cool things way down. There’s nary a joke to be had in the ugly 28 Days Later, which looks at a hospitalized man who finds himself suddenly in the grimly isolated streets of London. Harrowing escapes aplenty follow the tale of Jim as he meets up with a few more survivors, many of whom prove to be more savage than the infected. As with timeless films that capture the evil of man as the monster, 28 Days joins with King Kong, E.T., District 9, and other cinematic achievements that show people are the root of all horror.

Juan of the Dead

Though there’s probably a Don of the Dead or Lon of the Dead out there, Juan is the final “of the Dead” pun titles we’re going to tolerate. Taking a continental approach, Juan explores the booming business of zombie disposal and how to survive in an economy overrun with walking corpses. Instead of living on the edge, Juan’s trying to get by and maybe make a buck in this crazy, cannibalistic workaday world.

This starts off with a story by H. P. Lovecraft, though the movie takes out all the overt racism inherent in Lovecraft’s work. Instead, director Stuart Gordon has created a Frankenstein madman who’s lone interest is the revival of necrotic flesh. He begins with limbs, bringing them back to some semblance of animation as they jerk and dance like Jagger on a bender. Then he starts aiming at whole people, and the weird factor ramps way up. Though it’s rare that anyone finds a way to break zombie preconceptions, Re-Animator tries disgustingly hard.

What began as a video game cash grab ended up spawning a franchise that rocketed away from its roots to become a standalone pleasure palace in its own right. It’s tough to tell where the series peaks, as every fan has their own opinion, but even that’s not the point. Resident Evil is an incisive denouncement of capitalism gone amok, as a corporation is responsible for the zombie outbreak, as well as the unconscionable quelling mechanisms used to try to keep it in check. It also breaks with tradition and follows a powerful female lead in the gorgeous, engaging ass-kicker Milla Jovovich.

Peter Jackson – storied director of Tolkien’s works brought to the silver screen – wasn’t always working with big stars and big budgets. Sometimes he was using a shoestring budget to create a film about a crazy mother who creates a zombie army after being bitten at the zoo. This doesn’t break ground, but it does break a lot of squibs and corn syrup jars, as there’s more movie blood per square inch of film than anything else we can recall. Once the main character gets out the lawnmower, it’s pretty much lights out.

Found footage alone should disqualify Colin from every list ever. Yet, it’s an exercise in cheap film production. Taking the view of a zombie surviving in Britain during an outbreak, it flips the story on what a zombie is, and asks compelling questions about life and death. Really, it’s more of an art-house accomplishment, but it goes in a new direction for zombie films, which is welcome in the reamed out genre.

While the Grindhouse project that Planet Terror was attached to suffered somewhat from Tarantino’s inclusion of Death Proof it still wows on its own merits. Director Robert Rodriguez brings the true grittiness he perfected before it was popular and uses the talents of Rose McGowan to make this romping shoot-em-up endless fun. The fact it has a diverse cast and a gorgeous woman with a gun for a leg in no way play into the sugar-coated goodness that is PT.

Horror done by way of humanity, the buddy road-trip aesthetic of The Battery belies its smart undercurrent. There’s gore and violence to be had, but there’s also the breakdown of two men as they try to survive in this world gone mad. Though comical, it takes a sideways look at the psychological trauma of an event like zombies rising and shows how sometimes the death of the world can help us find, or lose, ourselves.