In a stunning new concept, BMW has laid the groundwork for its next generation of luxury-class vehicles.  The new BMW Vision Future Luxury Concept, a name which aptly describes its message, showcases tomorrow’s standard for luxury sedans in both design and technology.  It is elegant and alluring, and if we know BMW, an accurate picture of what is right around the corner.

In recent years, BMW has taken to revealing its next generation vehicles in a series of BMW Vision concepts.  Back in 2009, we saw the BMW Vision Efficient Dynamics concept, a gasoline/electric hybrid car with a wild and progressive exterior design.  Unlike most concept cars, however, this idea came very close to its eventual production car successor.  Five years after the Vision Efficient Dynamics concept was revealed, the BMW i8 Roadster is ready to ship.  Today, when BMW reveals a new BMW Vision concept, we take the news pretty seriously– if history is any indicator, this new BMW Vision Future Luxury Concept could become a reality in the years ahead. 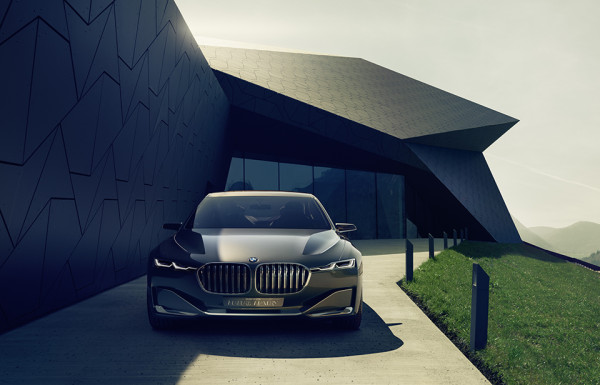 What has BMW laid out with this new Future Luxury Concept?  First, a refined, elegant exterior which is aggressive in some areas, restrained in others, yielding a look that suggests both speed and class in one.  It features the trademark taut curve on the side, the vertically-slatted grille and that little blue badge that fans of German engineering have come to know and love.  This version, however, shows progress without breaking the mold.  It is exotic, sharp and alluring, but it doesn’t break rank with the visual refinement BMW is so adored for. 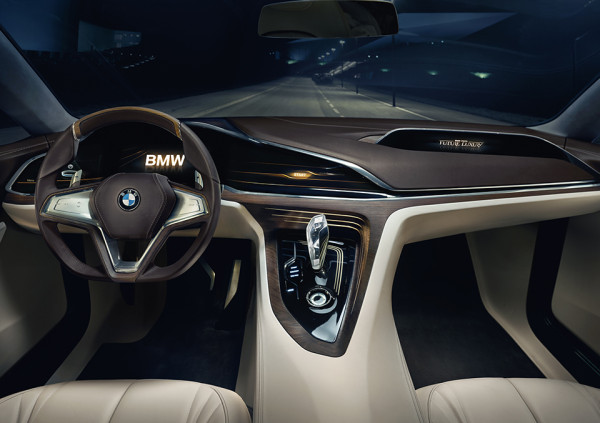 The BMW Vision Future Luxury Concept gets really exciting in the cabin.  It features an angular, faceted instrument panel and console section that tones down the bells and whistles of previous generations.  Less is more, visually, and what’s left has a certain architectural appeal to it.  The appearance of less doesn’t actually mean there’s less going on, in this vehicle’s case.  Much of what drivers are used to is hidden in this interior.  There’s a heads-up-display system that provides basic drive information for the driver, but also includes some pretty exciting software to ensure a safer, more informed ride.  The display system recognizes and illuminates road signs, speed limits and other road information on the go.  It also allows the driver to keep his or her eyes on the road and not have to look elsewhere for basic ride information or navigation.  It’s all there, in front of the driver, and it doesn’t need to complicate the interior design elements like it did in the past.

The BMW Vision Future Luxury Concept will begin making the rounds at auto shows this spring.  Look for more news on this concept as it develops, and we’re already excited to cover the official successor to this concept once a production model has been revealed.  If history is any indicator, it’s coming– and this concept will be real before you know it. 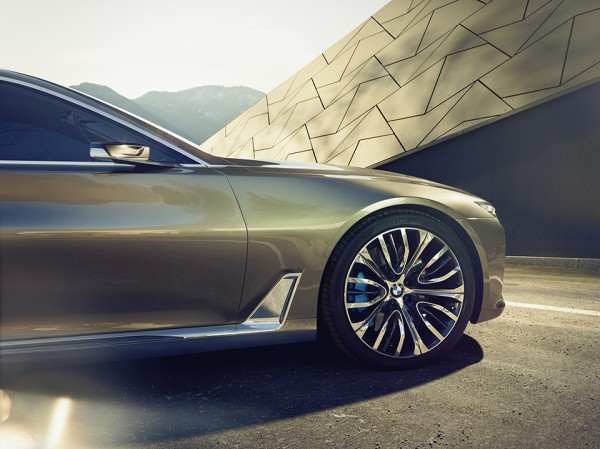 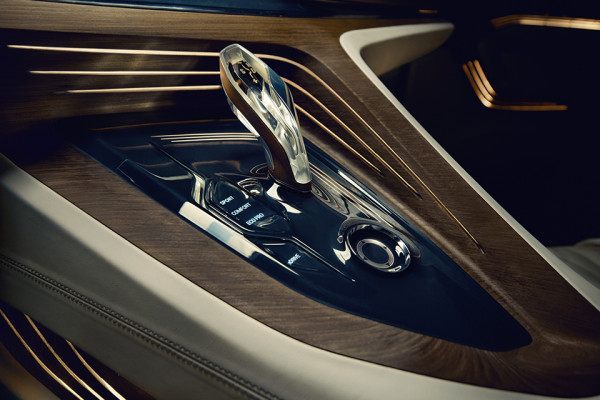 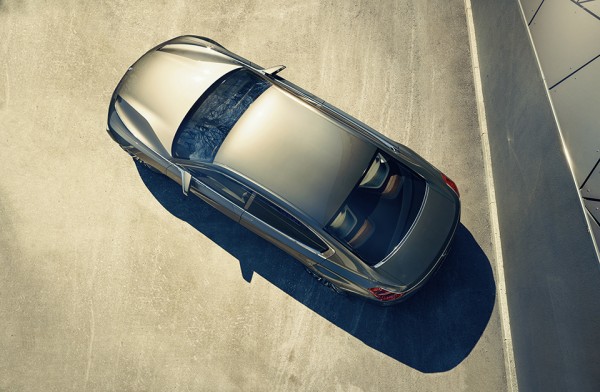 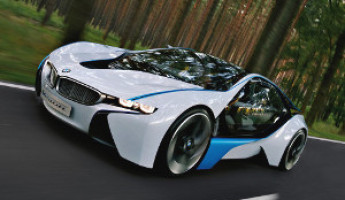