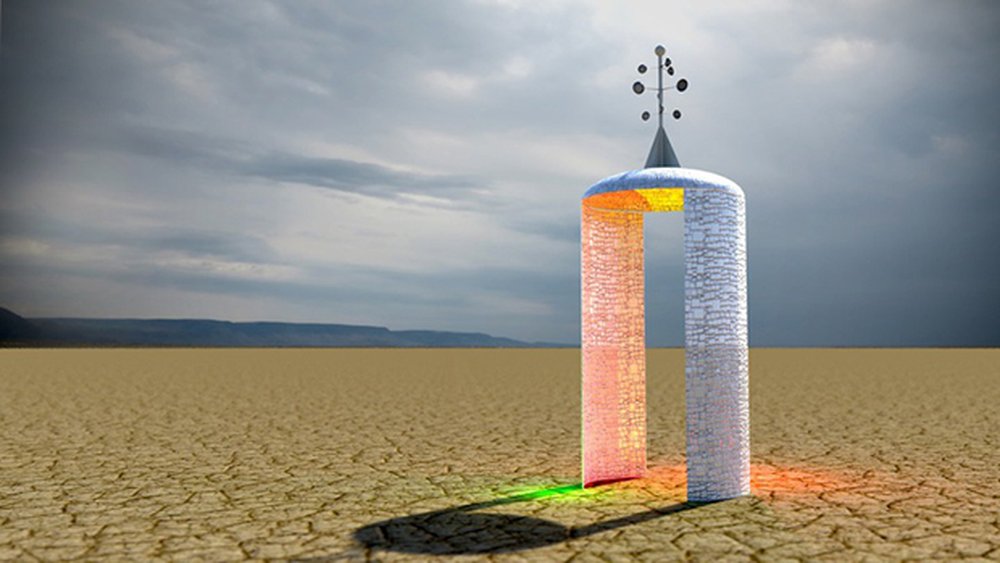 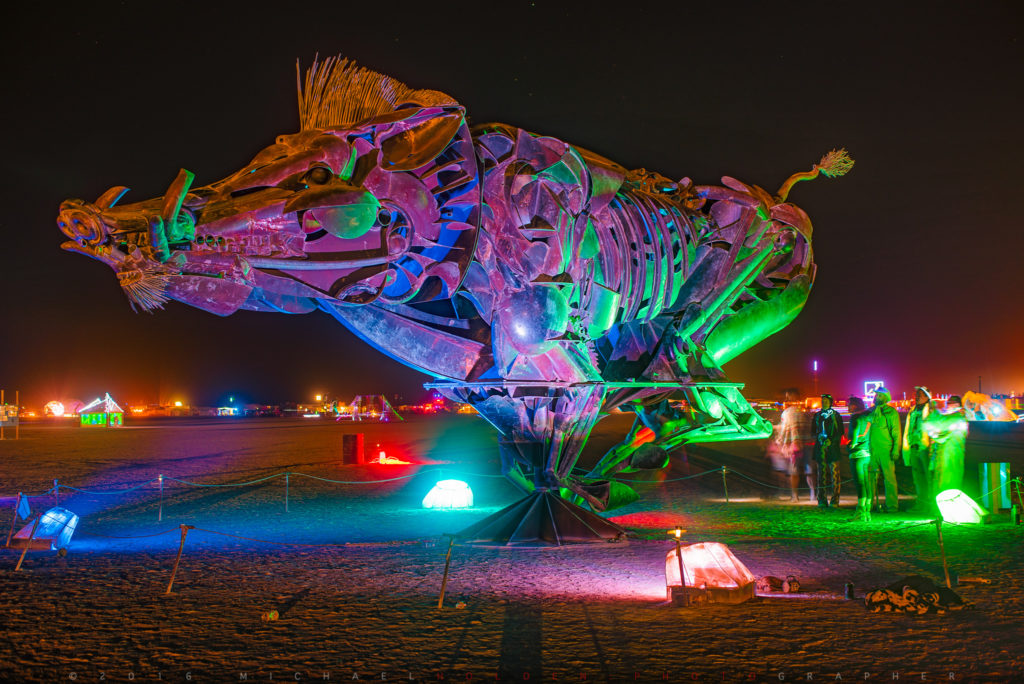 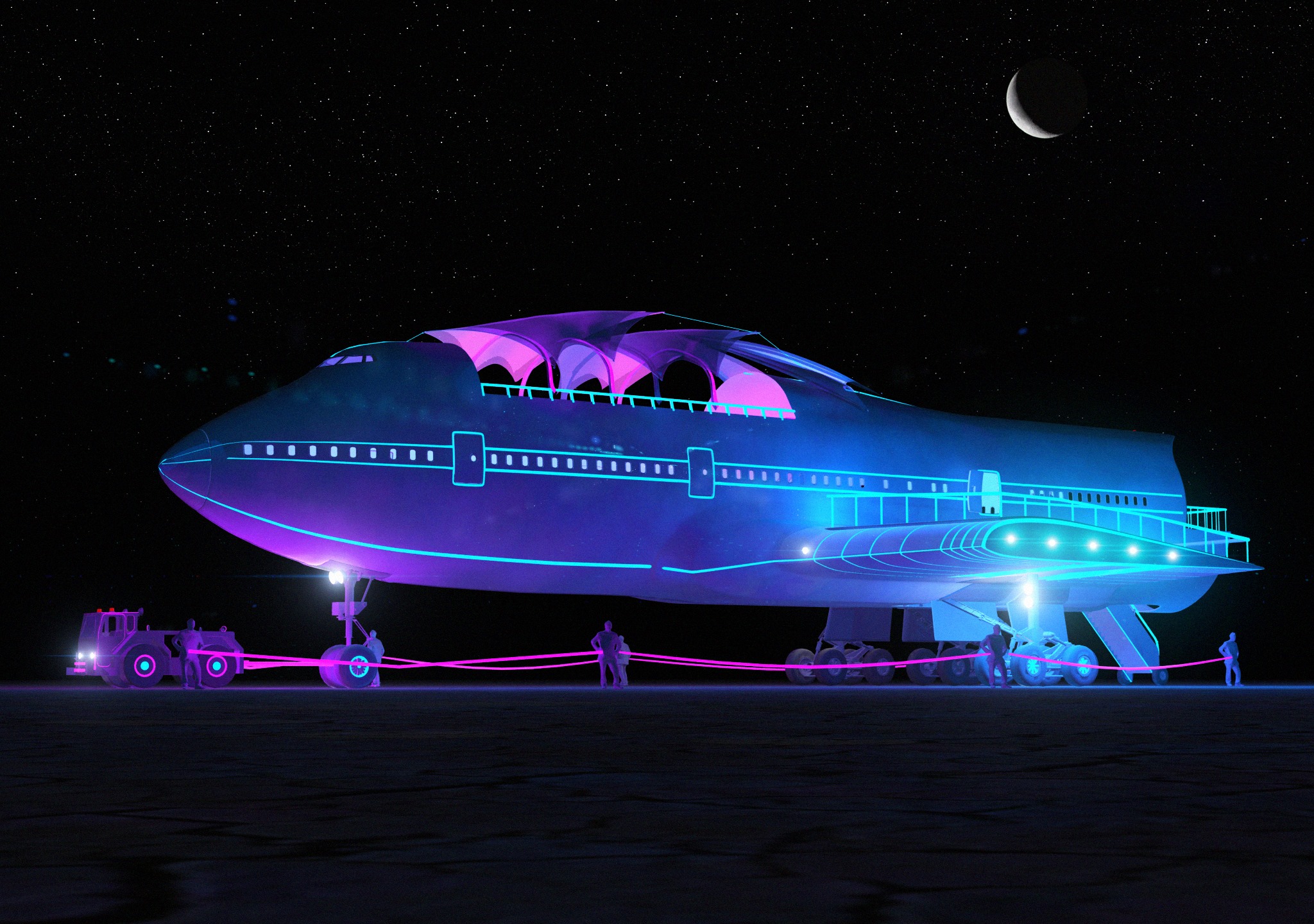 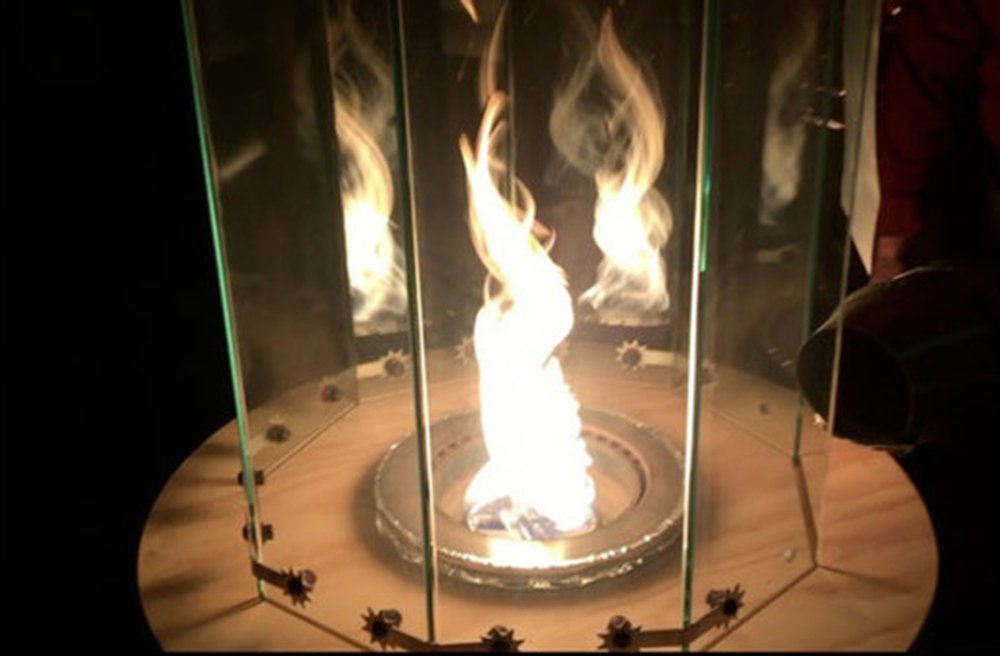 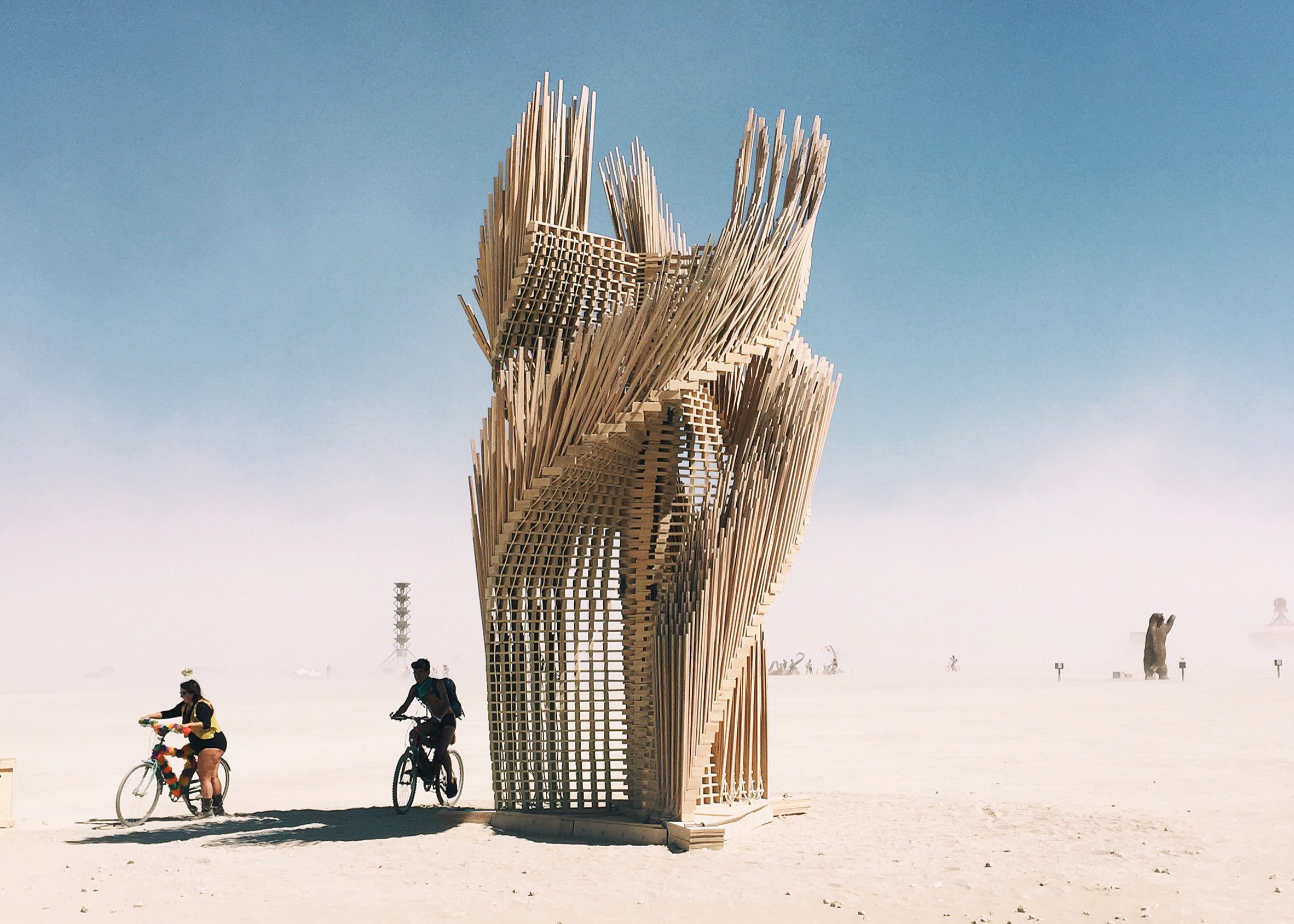 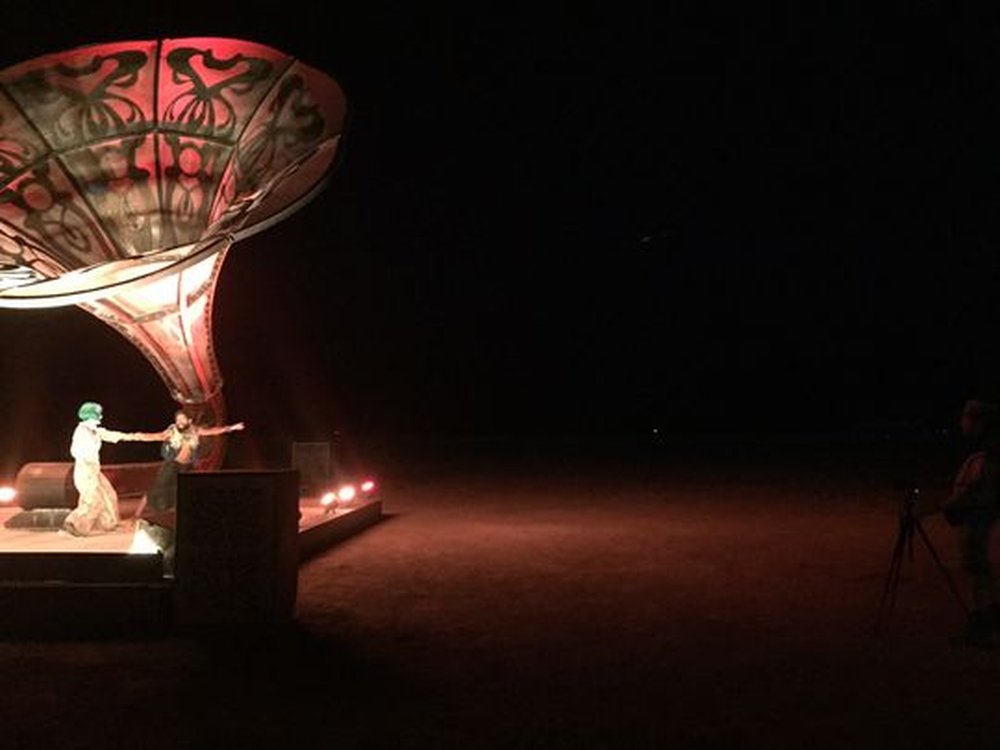 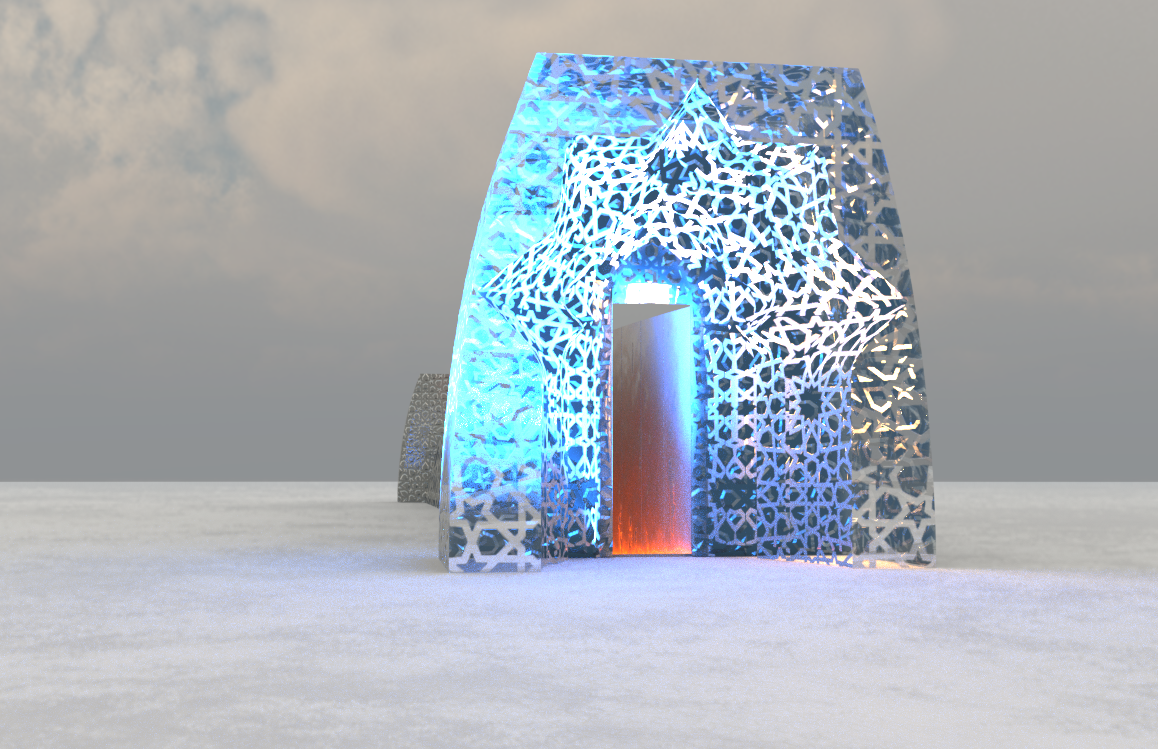 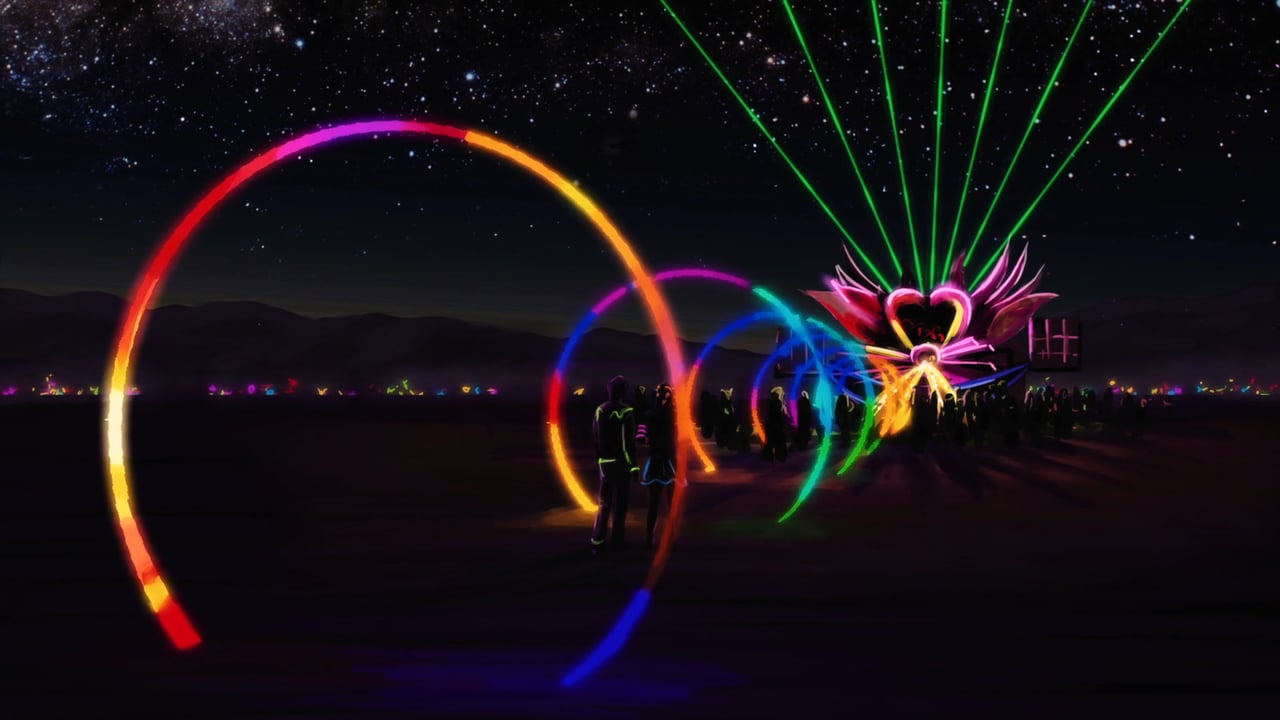 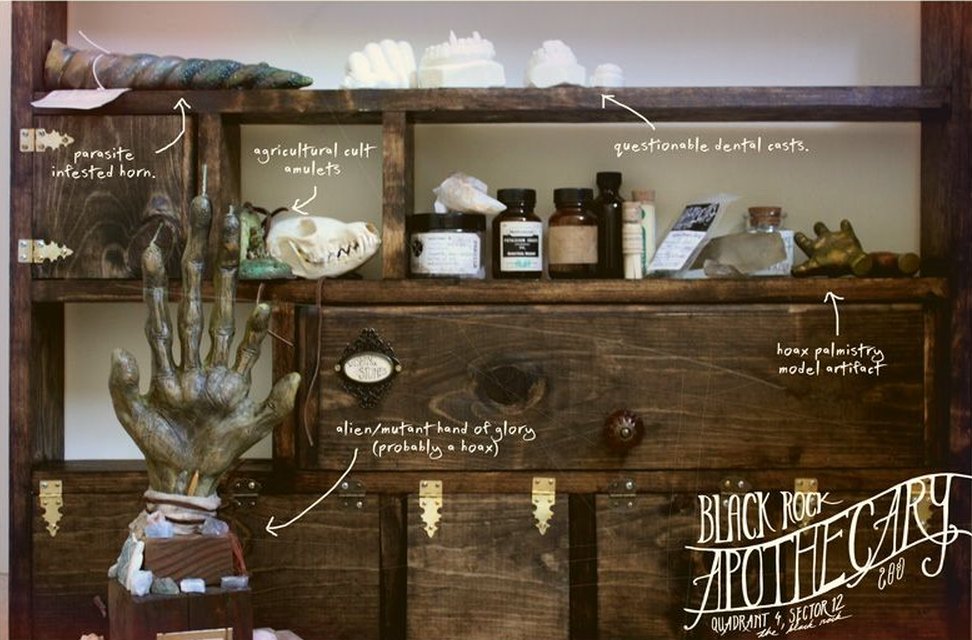 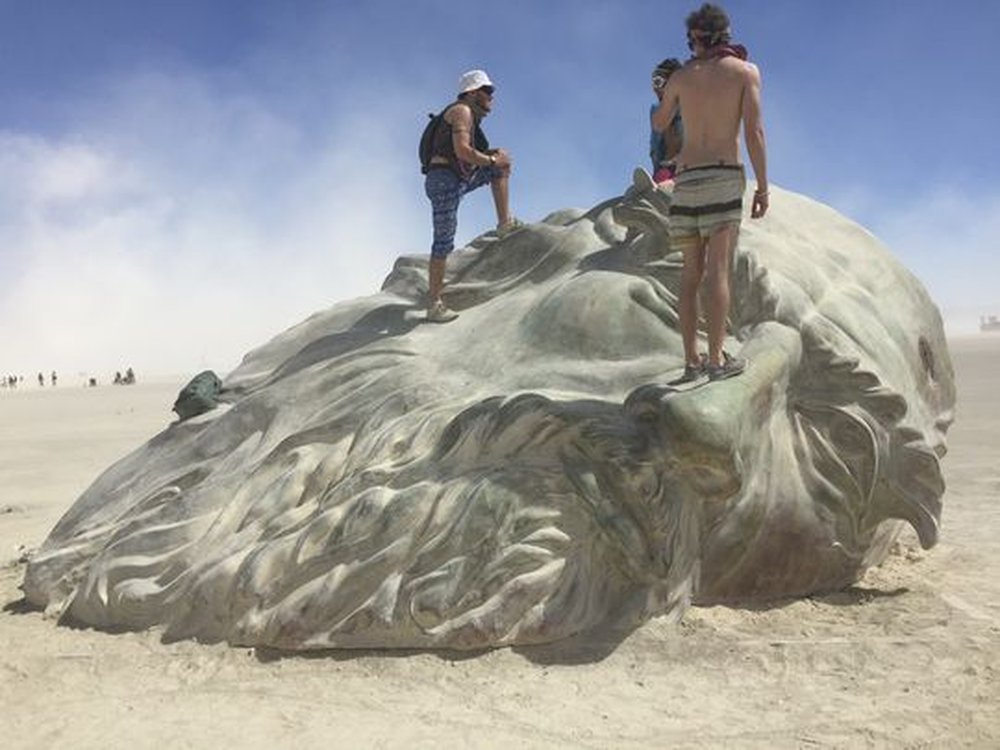 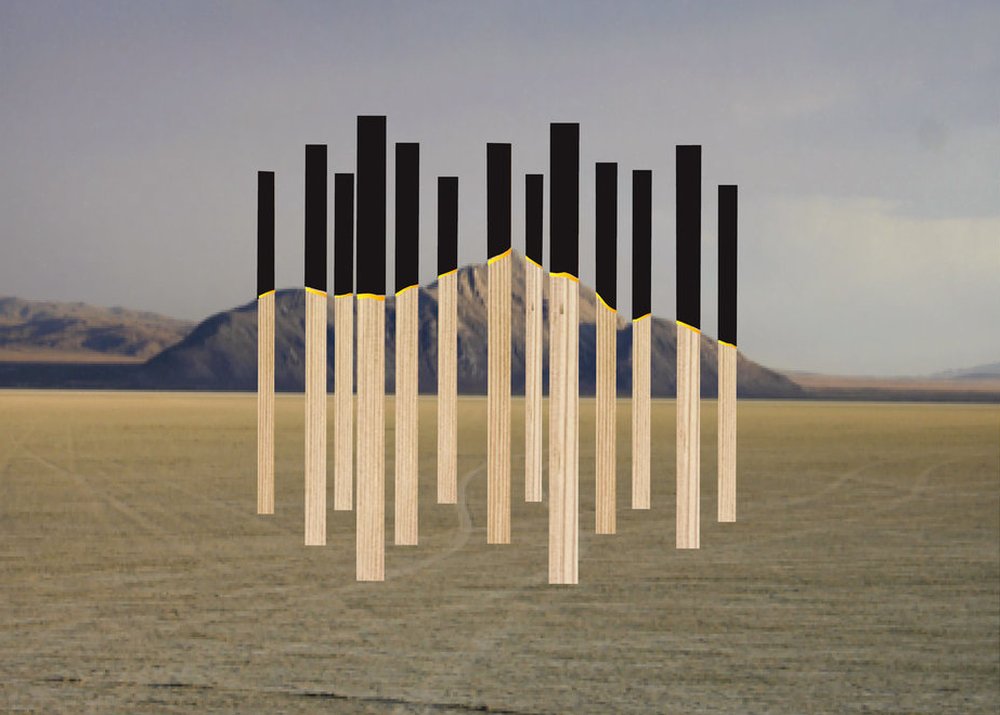 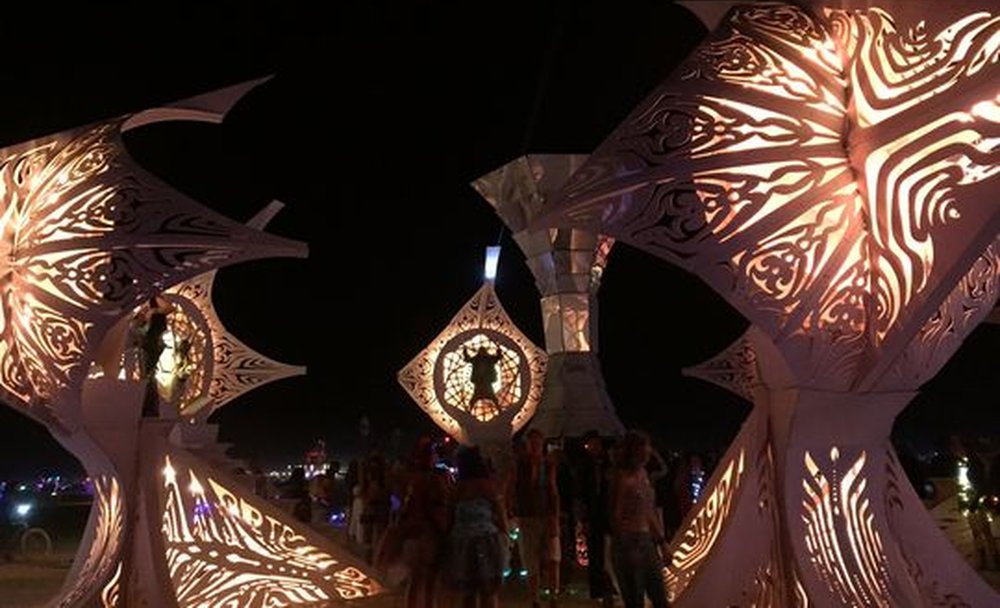 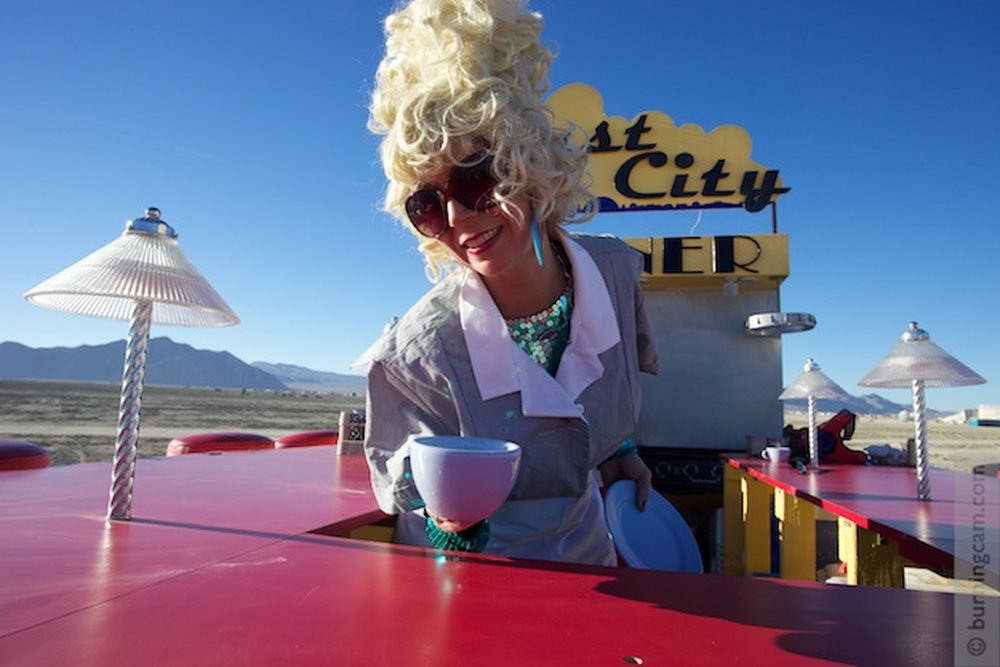 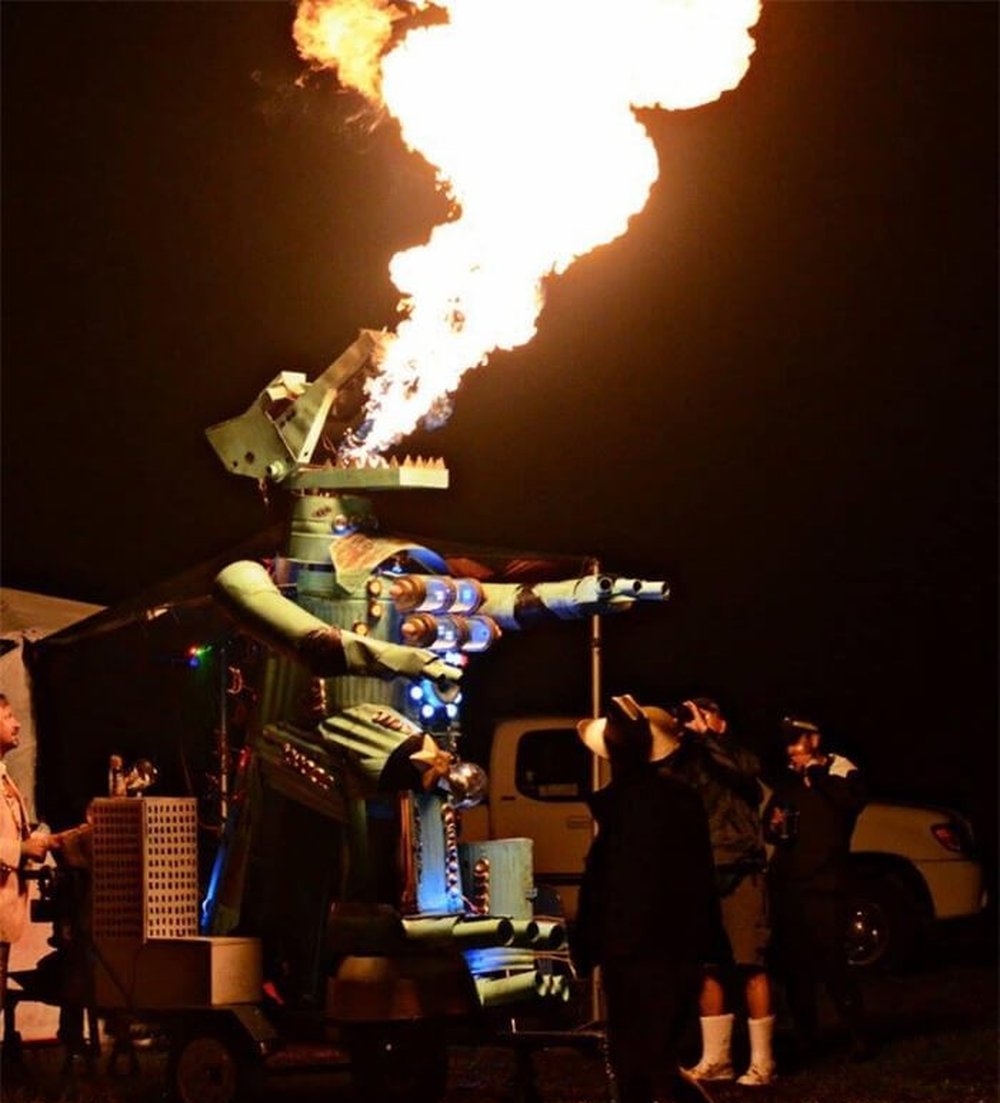 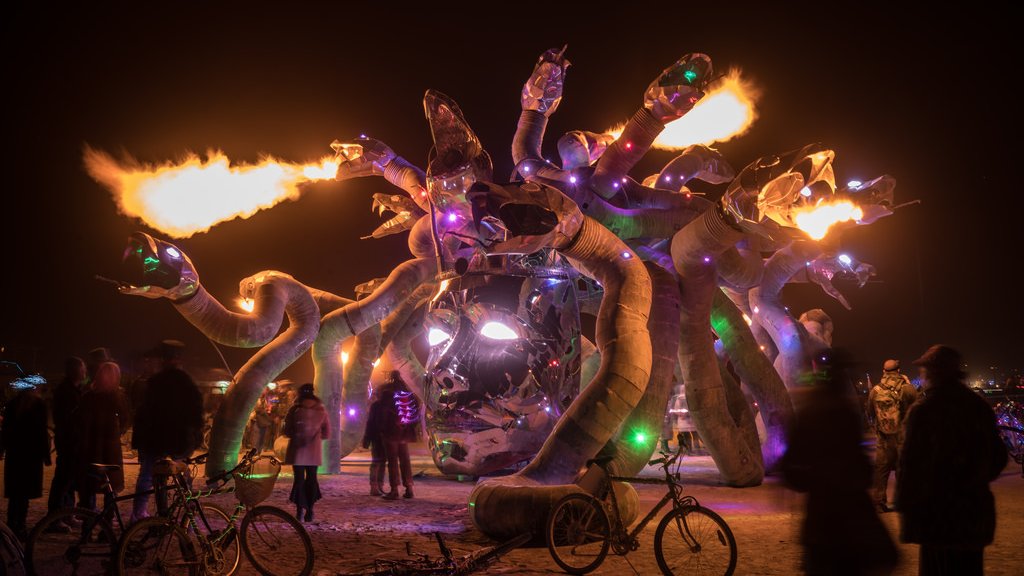 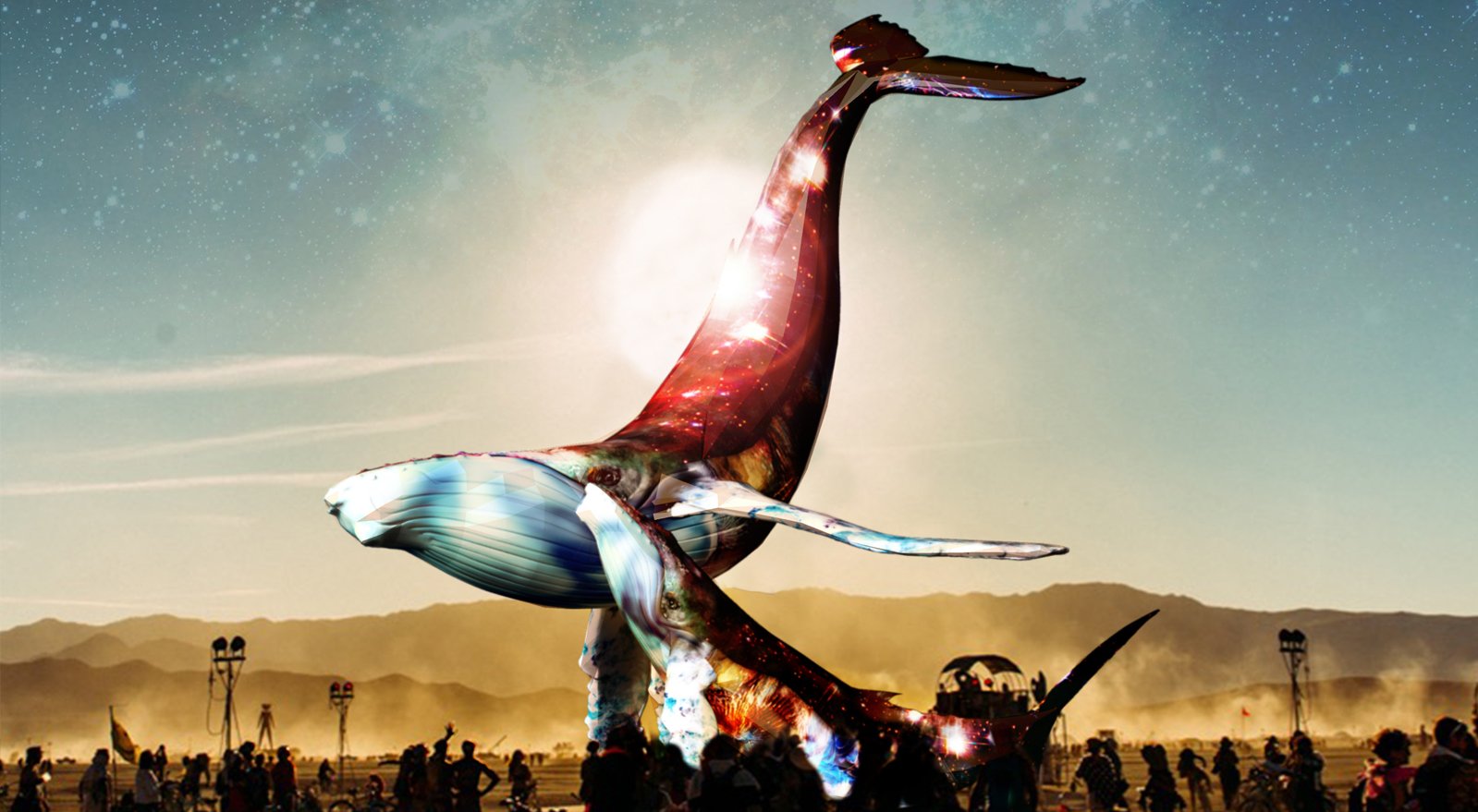 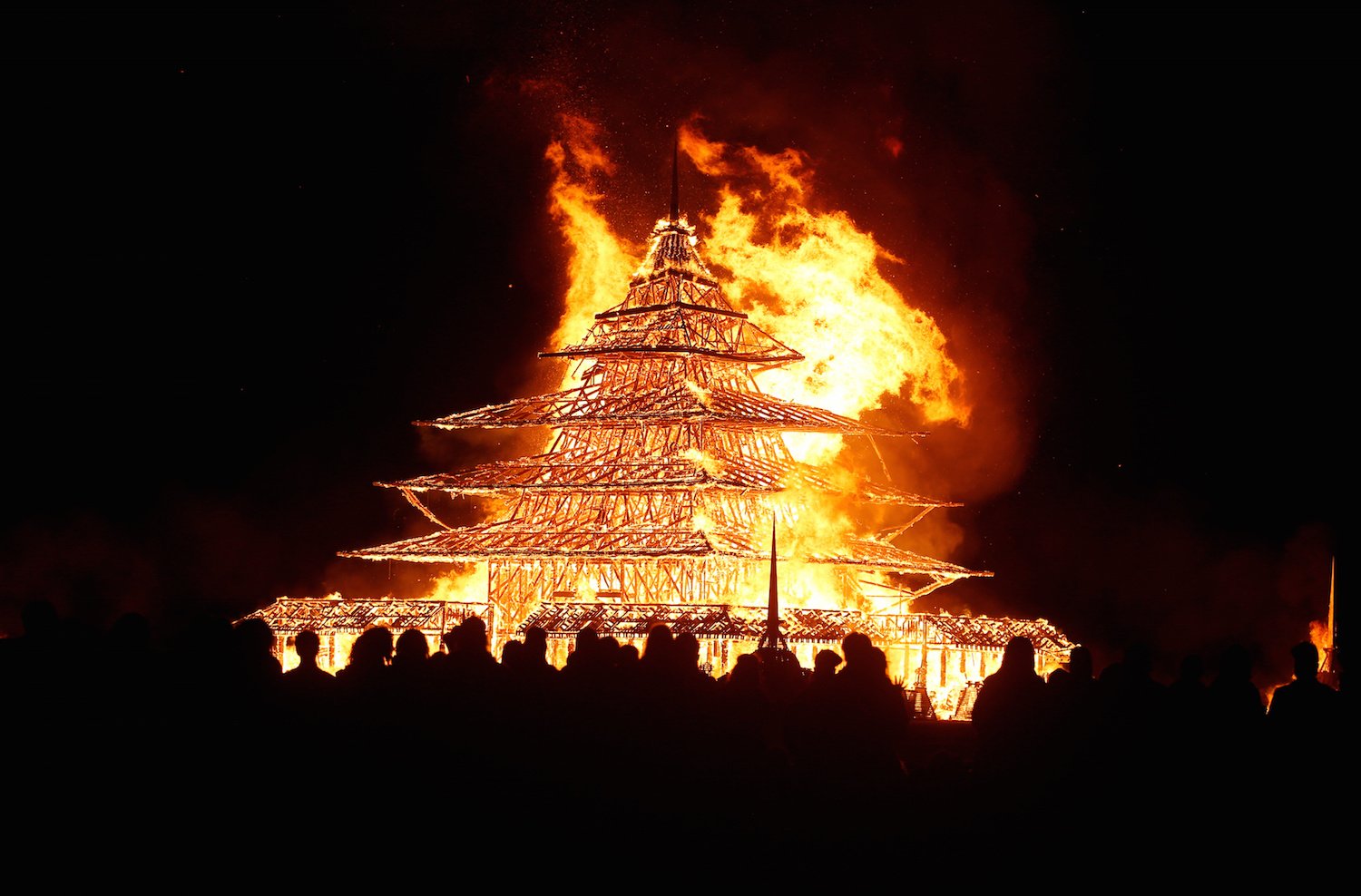 Burning Man is more than 30 years old, and the counter-culture phenomenon in Black Rock desert has undeniably gone mainstream. That isn’t to say it’s bad. As an art show first and foremost, an ever larger, more diverse crowd of Burners adds more work into the mix. With time marching on, increasing levels of inspiration, satire, beauty, and madness have been put on display then burned to the ground. Certainly, the drugs, rampant sex, food, and unabashed bohemian hedonism are great reasons to head out into the desert wastes near Reno. It’s the art and the sense of community that will keep you there.

If you were one of the many who missed the latest pyrotechnic celebration, let us give you a window into this weird world with 22 of the most amazing Burning Man works of art.

A single Tardis-style outlet that stands lonesome in the sunlight, Michael Emery used a myriad of broken mirrors to cause a gently altered effect. As you draw closer and walk through the Portal, your own fractured images stares back at you, as well as melding with people nearby and the landscape. The prismatic effect tends to make you feel more a part of than apart from.

A massive steel warthog that looks ready to challenge the massive bronze Bowling Green Bull outside Wall Street. Throughout the event, people were climbing over and around the massive metal structure in jungle gym delight. Power and movement were captured beautifully, even in depicting a relatively unappealing animal.

The 747 Experience by Big Imagination

7 years in the making, the 747 Experience is finally and fully realized. It’s a gutted Boeing 747 that invites people to experience various themes and interact in real discussions about their dreams. Outside is an “Insecurity Checkpoint” where “passengers” were advised to check their insecurities before entering.

RotoFuego by Leo O’Brien and the Lumen Crew

An experiment in the new medium of fire sculpture, participants pedal a stationary bicycle which adds to the moving, dancing flame. In this way each person is able to make a flaming idol that lasts but a second as the winds and vagarious movement change it and shape it from moment to moment.

Made from nothing but lumber off the rack, Tangential Dreams is an ever-shifting sculpture that visitors can climb. The swaying, sinuous movement is created digitally by following algorithmic rules, combining the beauty of science to create art. Each of the thousand wooden pieces is inscribed with a single poetic sentence.

A 35-foot tall gramophone, the cabaret music that pours from the La Victrola invites passers-by to join in the dance and give themselves over to the music. To truly dance like no one is watching.

Another freestanding passage, this is given the auspicious label of acting as a path to enlightenment. On the inside, light and form blur together for an experience that shrinks the world while showing its broad interconnectivity. Islamic verse collides with geometric western landscapes in a mixture that shows there is more that combines us than divides us.

An installation that asks we stop thinking about time in such a linear fashion, this LED hourglass runs backwards, with digital “sand” pouring into the upper bulb. It says that there is always a chance to reset and that our illusion of time has no more meaning than our delusion of what can and cannot be changed.

From a former magic maker for Pixar and Dreamworks, the Sonic Runway is a set of 32 LED-lit rings that respond to sound. Going through them in the still desert night to experience the lightshow was as close as most of us will ever get to taking a ride on Willy Wonka’s magical trolly.

A grim look at the wayward actions of science, this macabre little trailer offers a distinctly horrifying vibe that is different from most of Burning Man’s offerings. Strange jars filled with murky liquid and unusual mutated figures create a thought-provoking tableau of where human inquiry becomes little more than a freak show.

Inside the Mind of da Vinci by Mischell Riley

Stepping inside the mind of a genius has never been easier. Appearing to be a bust of Leonardo himself, half buried in the playa sands, visitors can climb aboard the visionary’s visage in a sculpture that is truly in a league of its own.

At first a seemingly random set of planks that are arranged haphazardly in the playa, when you find the perfect spot, the wood, distant horizon, and mountains behind meld together in a strange optical illusion that brings the background and foreground together majestically.

A rusted robot that appears to have been lying in the Burning Man dust for ages, yet bears a strangely futuristic look, Mechan 9 is not only a playful climbing exhibition, but also a mystery. The body is carved with intricate sigils that could be deciphered to tell the secret of the mechanized man.

Participants climbed into 6 vitruvian outlets and offered a brief ode to their higher selves. Then, to stimulate their “inner fire” each person was lit up in a display that shown not only them, but each of the people around them and the darkened playa. It proved that only our light combined can banish the oncoming darkness.

A mobile installation that migrated around the playa by night, the 40’s style, beehive-bedecked waitresses, and splashy design give this a greasy spoon appeal right down to coffee and hotcakes served up with plenty of sass. When set against the scorched, dystopian backdrop, the surreal beauty and functionality brought Dust City to life.

A working smithy, this piece invited attendants to witness the works of a real world blacksmith, or even to try their hand at molding metal to their own desires. A true celebration of art that is inclusive to those who do not yet know their own creative spark.

The MechaGator by Ryan S. Ballard

You can’t go wrong with this. It’s a metallic, interactive puppet that spits fire. We might be showing our white trash roots here, but anyone who loved seeing Truckasaurus (AKA Robosaurus AKA Truck-o-Saurus) smash up junkers alongside Grave Digger will revel in the chance to play with The MechaGator.

Fire, light, and mythology, there’s little to say about this wonder, except it captures the nature of beauty: Inherent danger.

A set of geometric mushrooms in a similar style to Blumen Lumen, these eerie, undulating bodies were enticing and a little disconcerting, all at the same time. Sound, light, and the presence of people altered how these worked, making it never the same view twice.

The Space Whale by The Pier Group with Matthew Schultz, Android Jones and Andy Tibbetts

50-feet worth of humpback whale and calf diving through the sky, The Space Whale is made to inspire both a sustainability on this world, and exploration of the stars dotting the night sky.

A solar system project taken to a truly astronomical level, the sometimes chaotic Celestial Mechanica offers profound perspective on the magnitude of our solar system, giving us a chance to feel as both gods and insignificant particles simultaneously.

Temple by David Best and The Temple Crew

Made as a place of reflection before it was set to the torch, this year’s temple offered a place of reflection and gave visitors the opportunity to discuss past losses and dreams they had given up. Quiet and solemn it gave the illusion of being built hundreds of years prior in ornamental style, and was made wholly by hand.