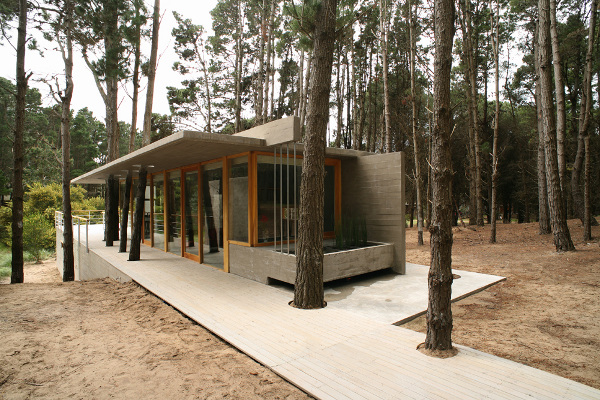 Casa Entre Arboles isn’t the first nature-conscious summer home we’ve seen in Mar Azul, Argentina.  In fact, it isn’t even the first we’ve seen this month.  A few weeks ago, we covered a breathtaking Mar Azul retreat, the Concrete Home by BAK Arquitectos, situated on land not far this week’s feature.  Casa Entre Arboles continues the trend of sustainable architecture practices, using a primarily concrete construction and an aim to leave the nature of the lot untouched.  Like the project by BAK Arquitectos, this home by Fernández de Lema and Moreno Deutsch is a clear success.

Casa Entre Arboles is located on a sandy, sloping wooded lot not far from the Atlantic coast of Mar Azul, Argentina.  It is constructed mainly of concrete, with design elements inspired by the late prairie period.  The home is comprised of two levels, naturally separated by the slope of the lot, with a patio deck extending over the lower floor.  Inside, the concrete walls are undressed, giving a relaxing, cool feel to this summer home.  Casa Entre Arboles is furnished with modern classics by Saarinen, Noguchi, Bertoia and Mies van der Rohe, completing the home’s decidedly contemporary emotion.

Like the Concrete House by BAK Arquitectos, we’re quite fond of the Casa Entre Arboles.  We’d love to spend a long summer week at this home, and can almost imagine the aromas of pine needles and sea salt in the air.  [via plataformaarquitectura, photos by gustavo sosa pinilla] 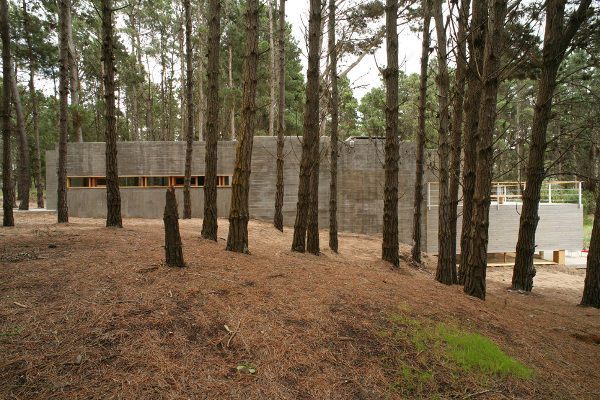 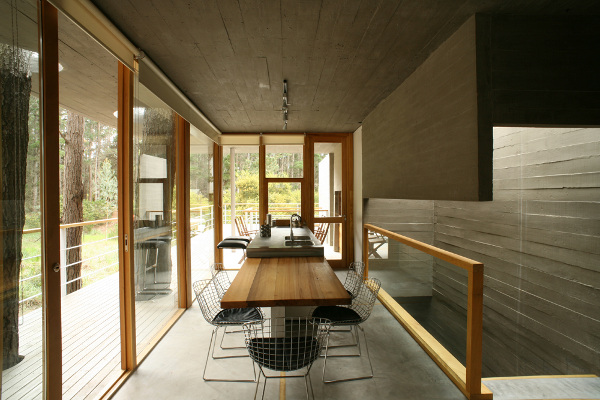 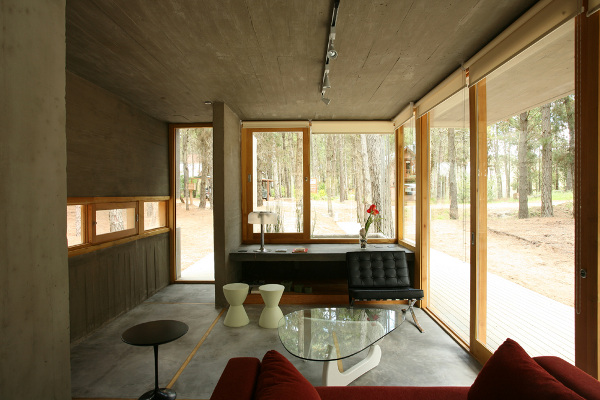 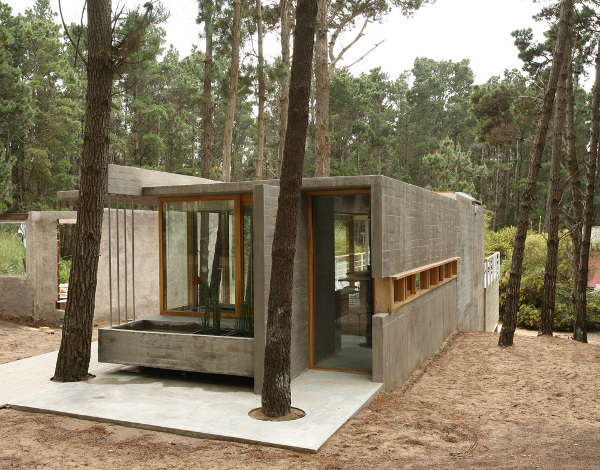 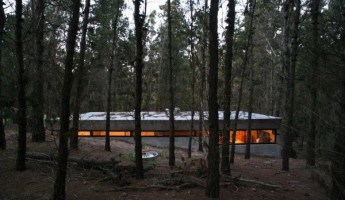 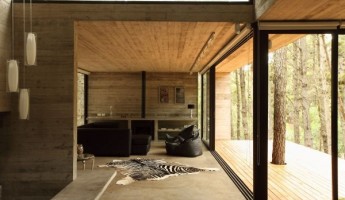 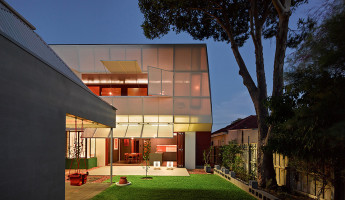 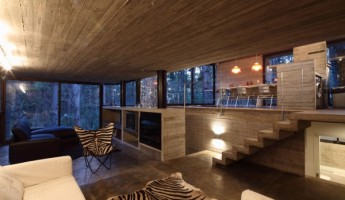 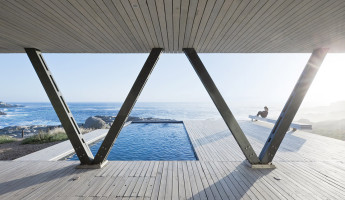