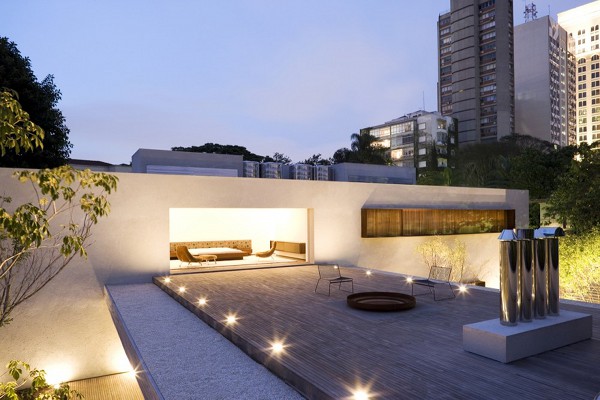 In the bustling city of Sao Paulo, Brazil, this cool and calm retreat provides quite a contrast from the activity around it.  The Chimney House by Marcio Kogan and Studio MK27 has a level of architectural harmony that is akin to a Japanese rock garden, where everything feels to be perfectly in its place.

A common trait of Kogan designs is continued in the Chimney House, as the slatted decking, lined concrete ceilings and patched hardwood floors start at one wall and stretch perfectly to another.  This provides a visual “vanishing point” within the home’s landscape, and an even sense of balance and symmetry amongst its character.

The main level of the Chimney House is wide and open, used for entertainment, relaxing and dining.  A central living and dining area is flanked on both sides by garden patios, but the separation between them is subtle enough that the entire space feels like one large, uniform atrium.  On the second floor, much of the area is blocked off into personal spaces with plenty of privacy.  One section of the upper floor opens into a long veranda overlooking the city around it and the gardens below.  Toward the veranda’s end is the home’s namesake, a metallic chimney that is established as a design accent, not something to be hidden away or designed around.  In total, the Chimney House is another success by Studio MK27, the long-time favorite of us here at TheCoolist.  [via archdaily] 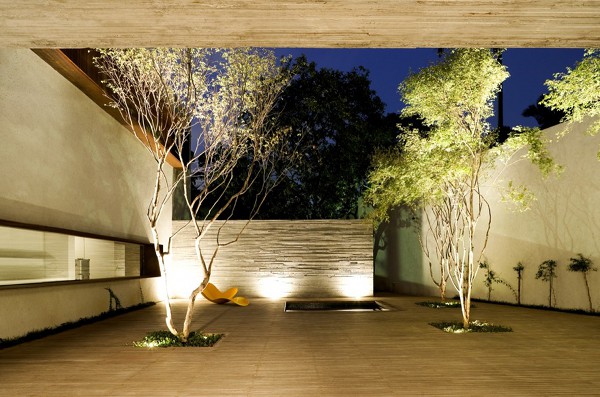 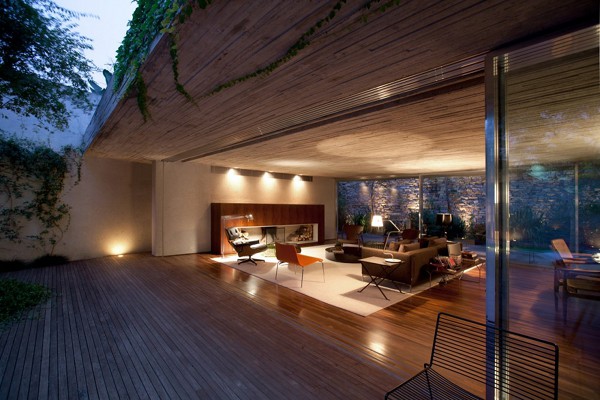 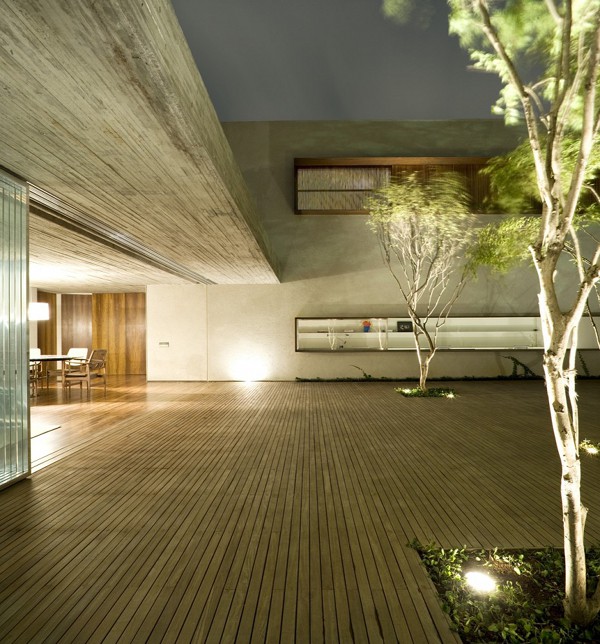 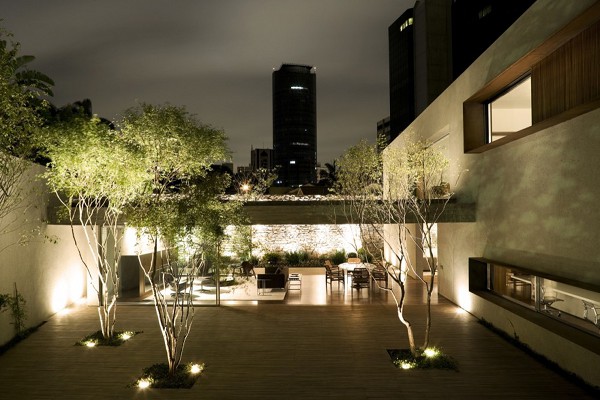 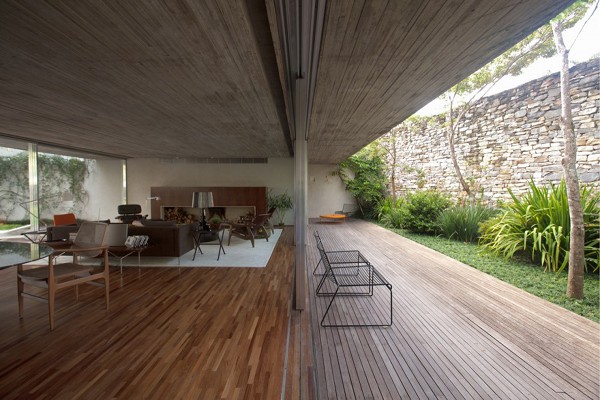 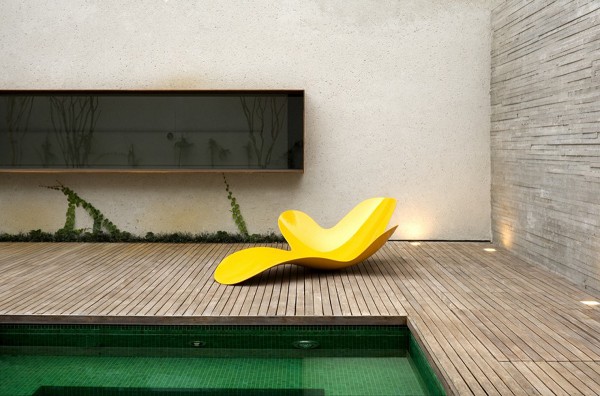 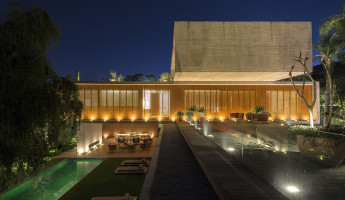 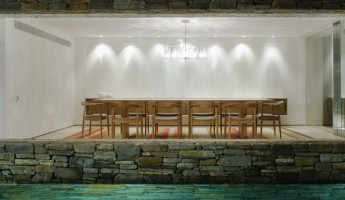 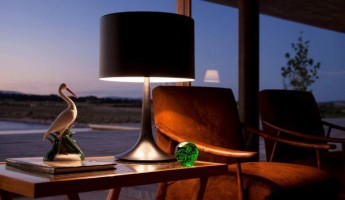 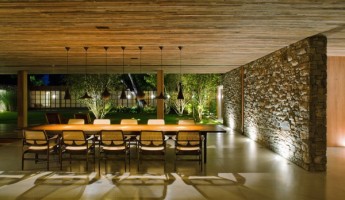 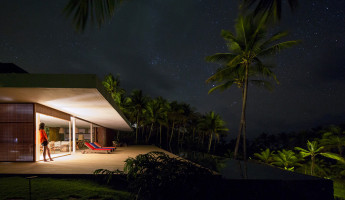