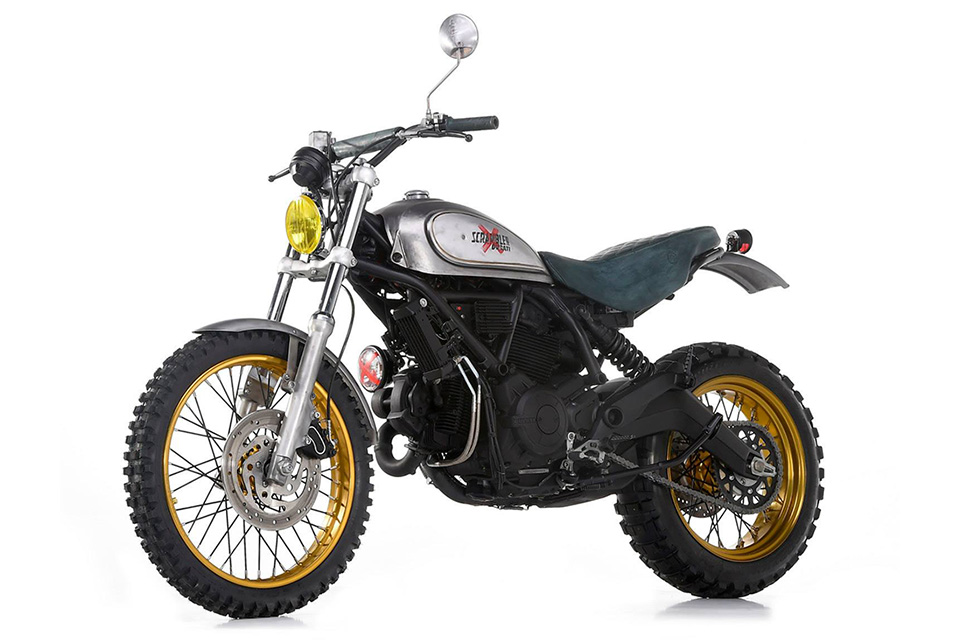 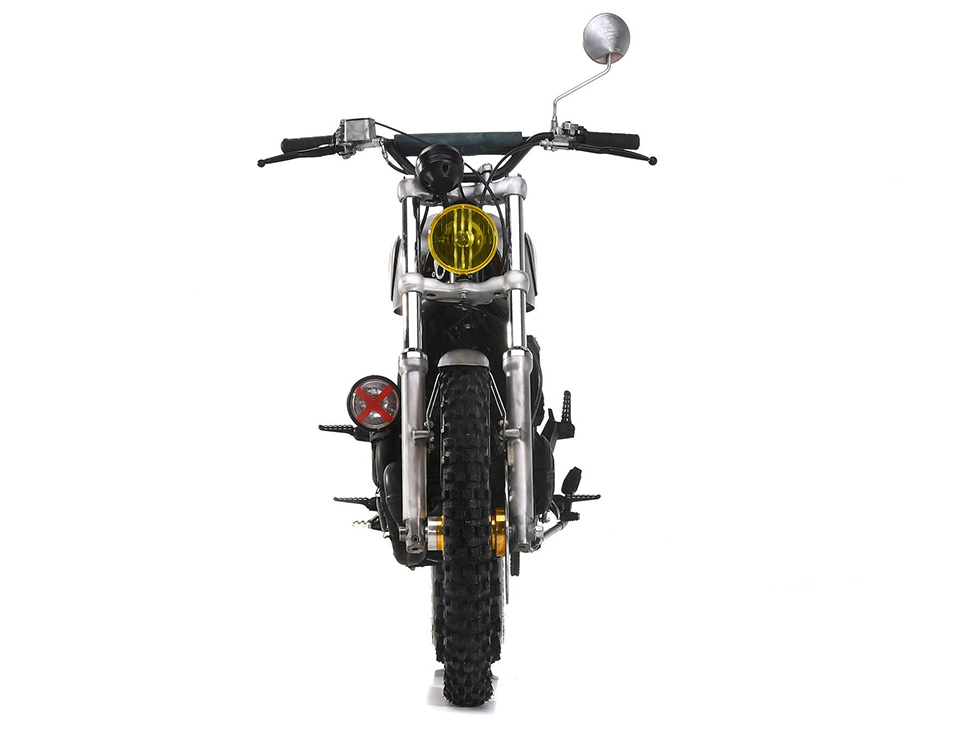 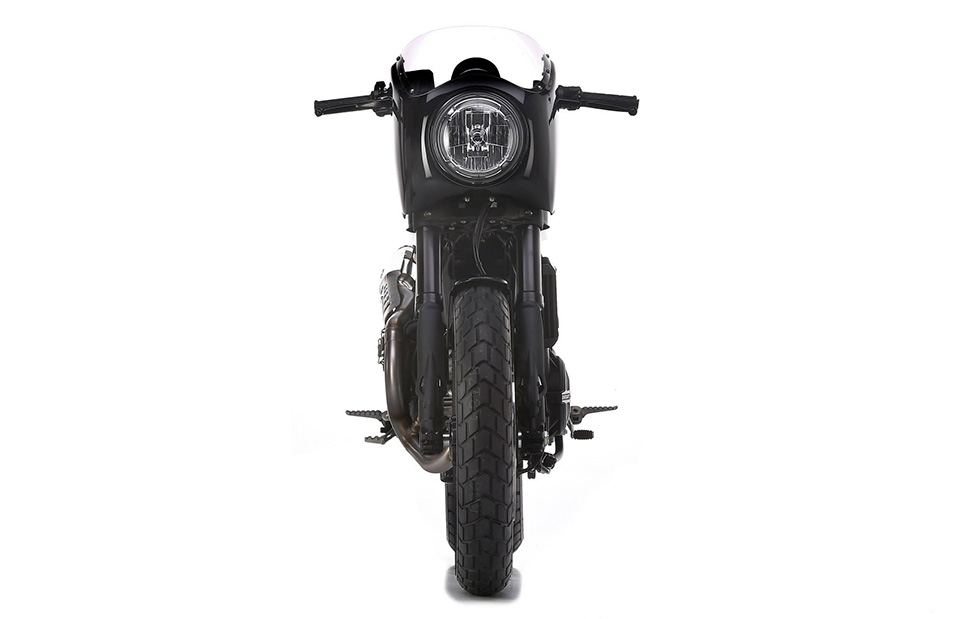 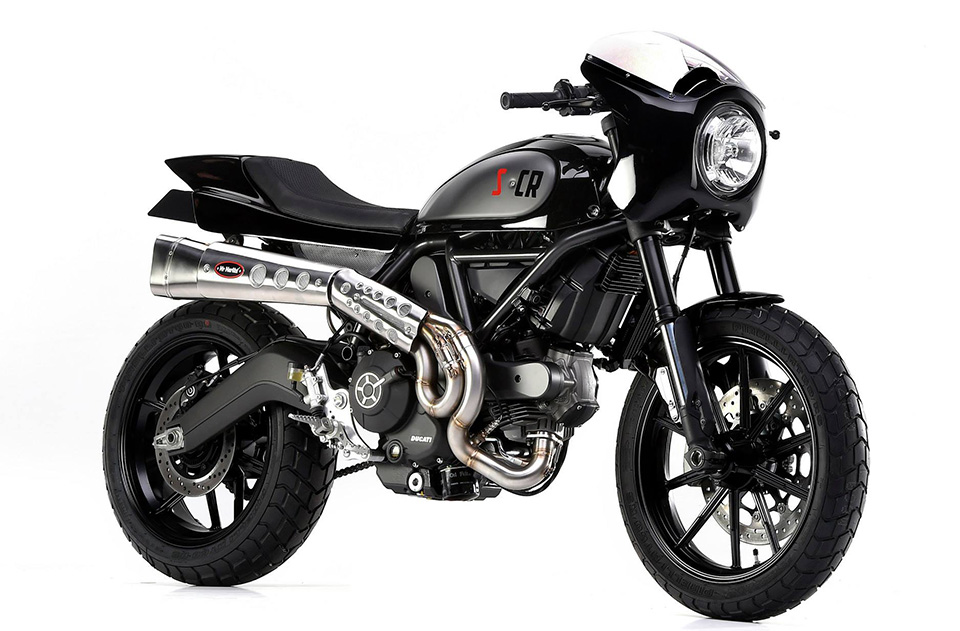 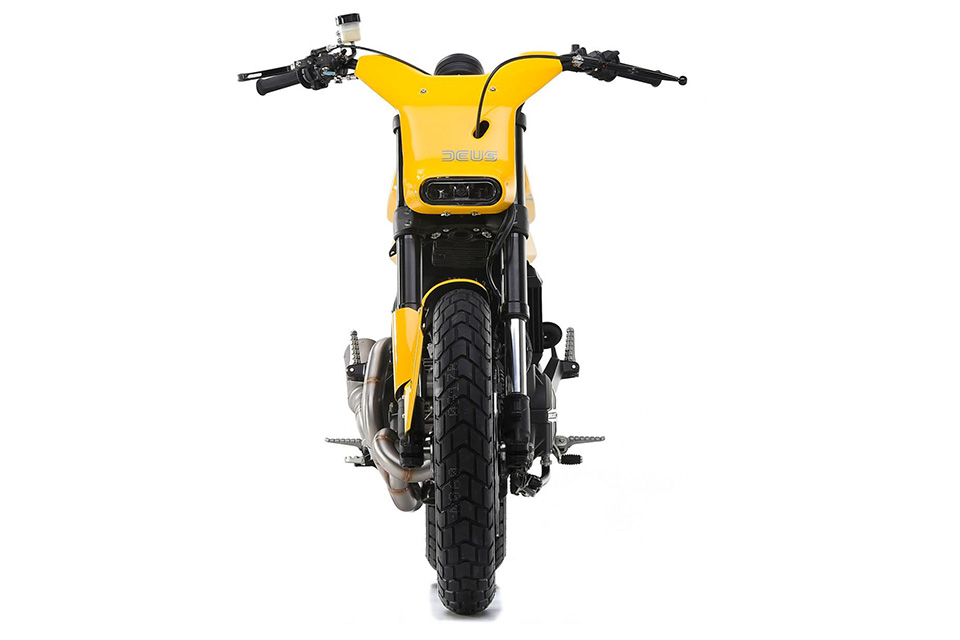 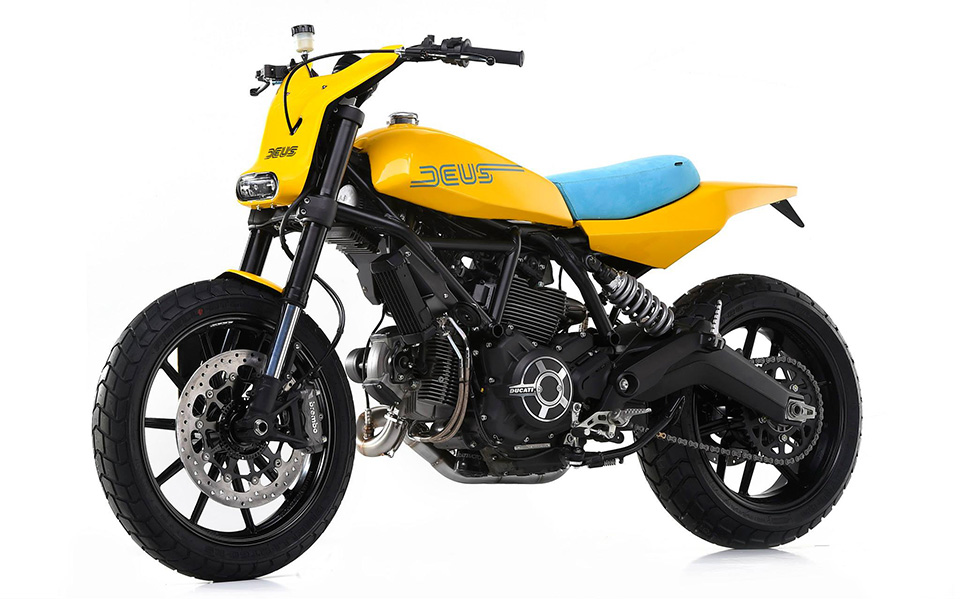 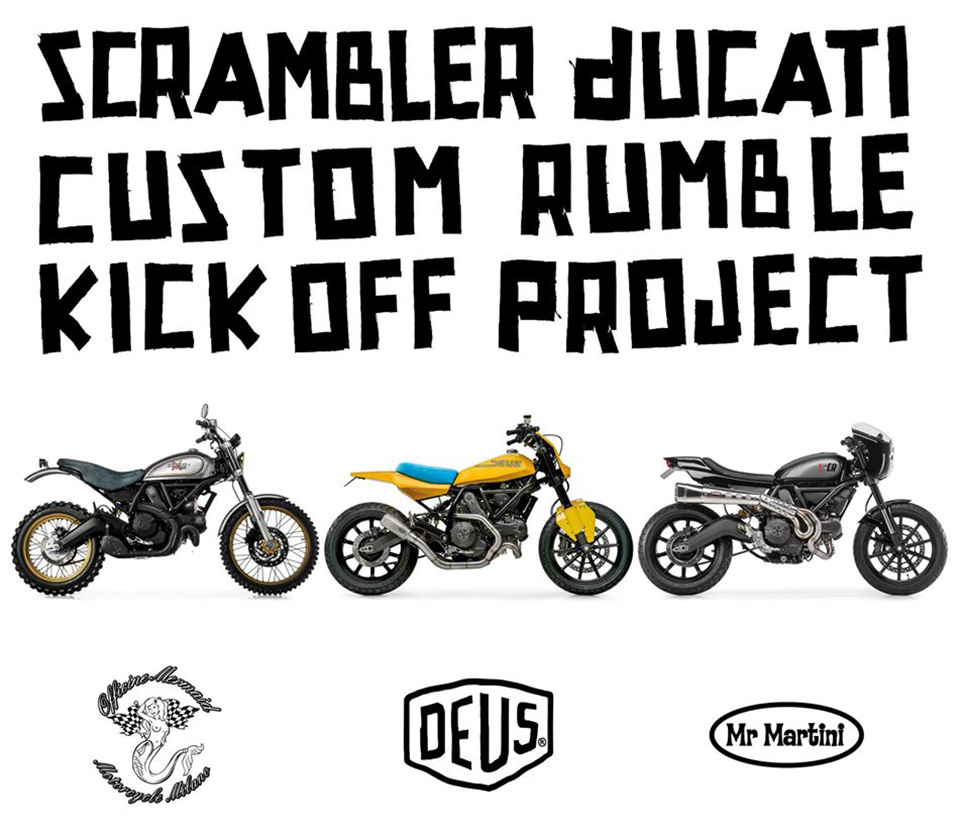 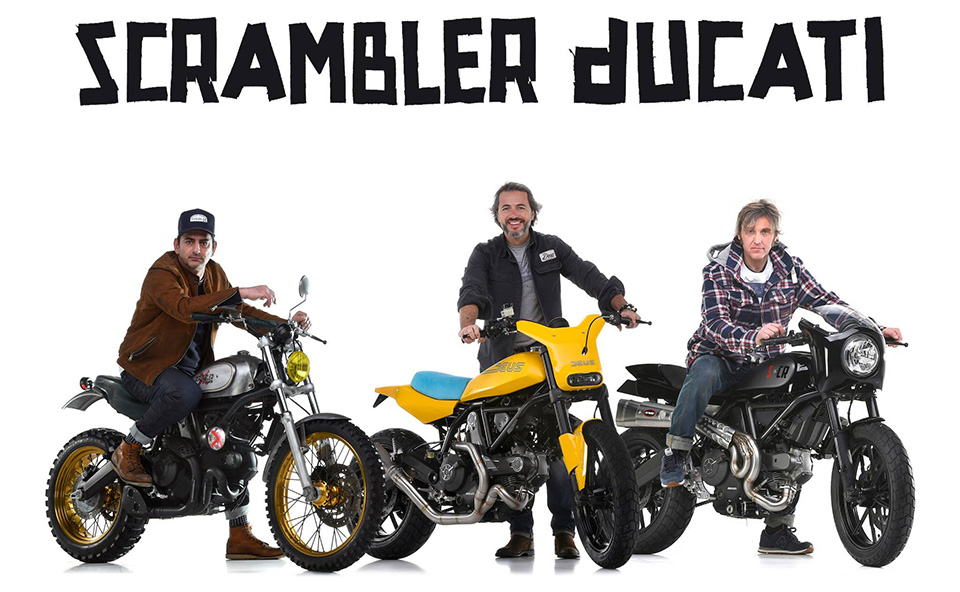 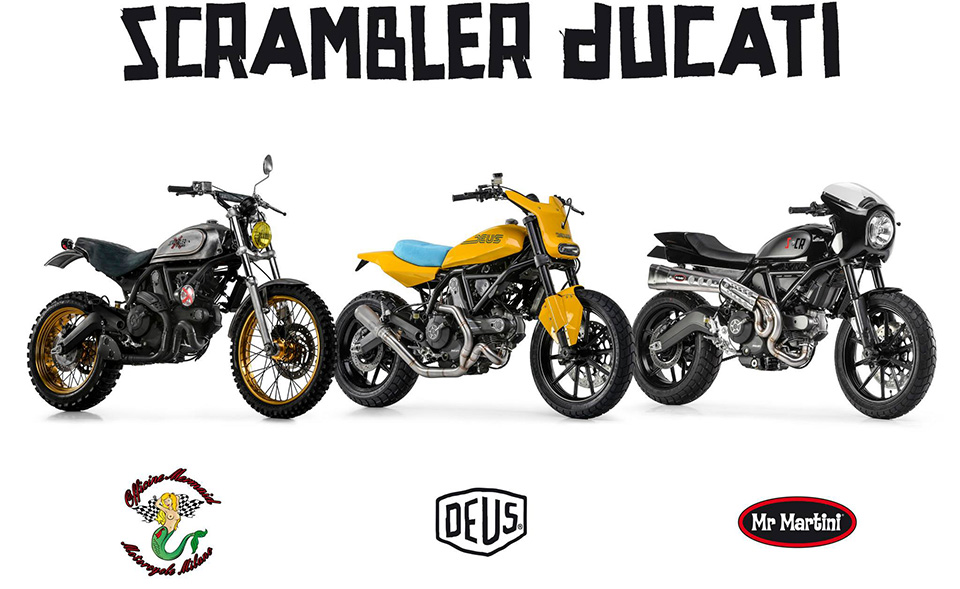 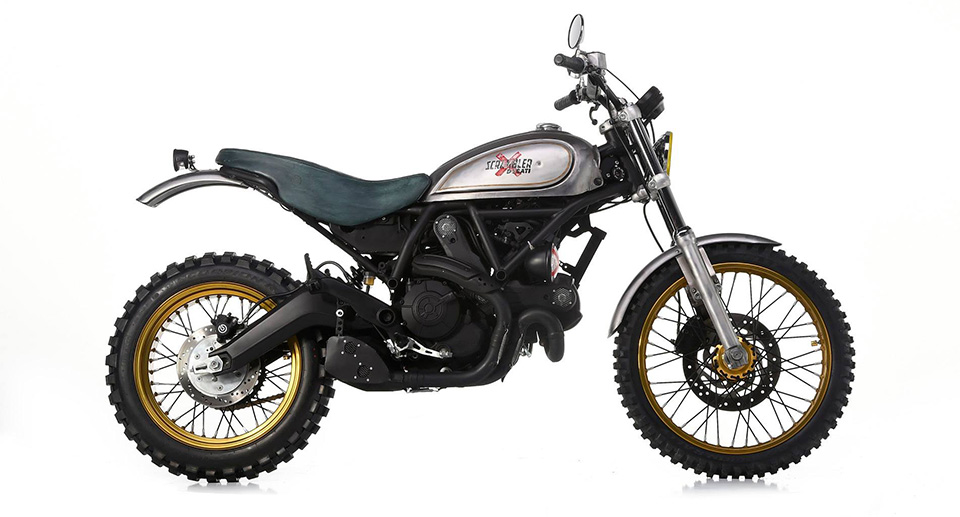 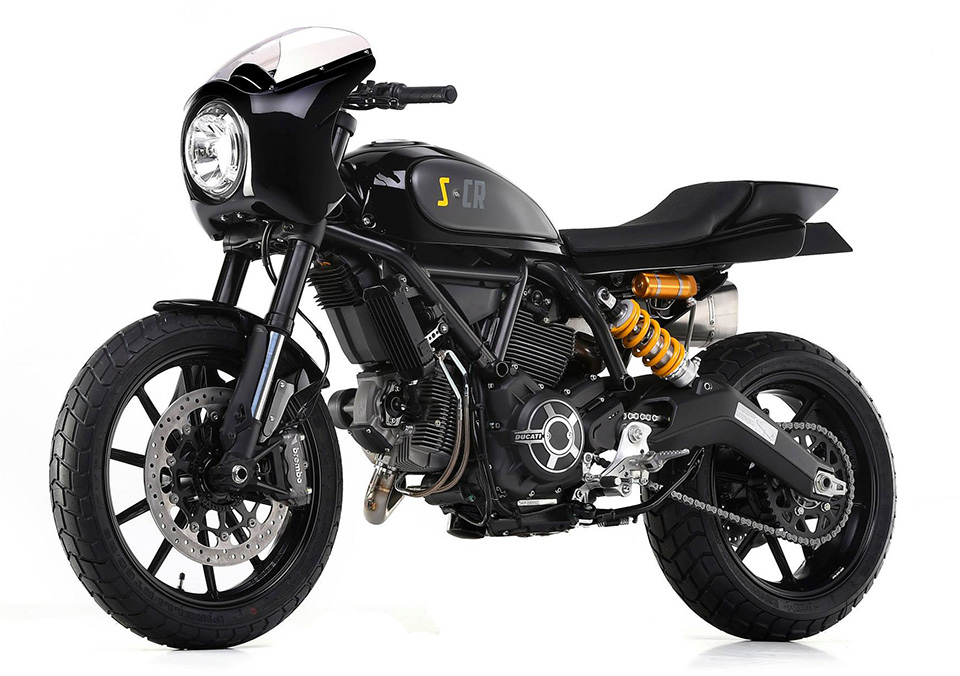 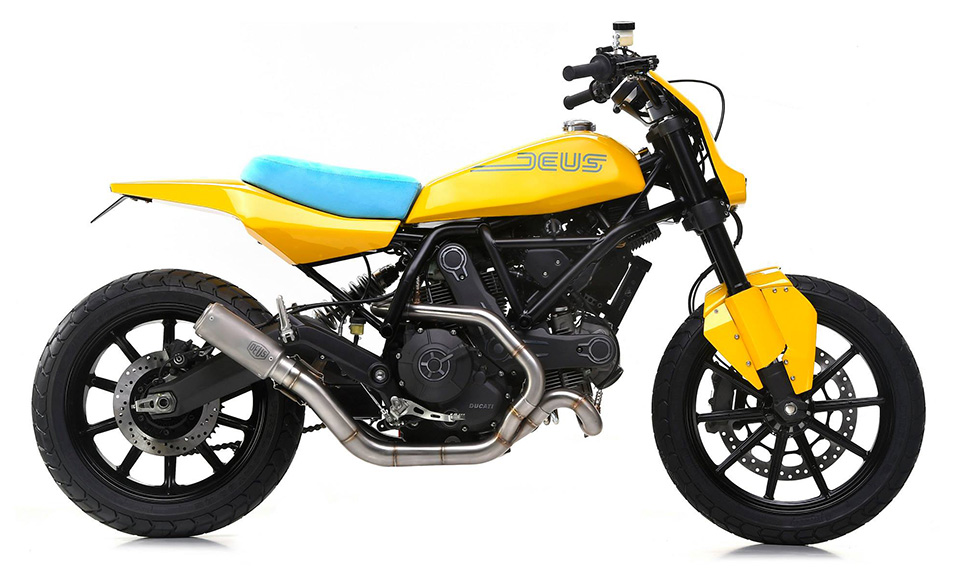 Toward the end of 2014, Ducati revealed its retro-inspired Ducati Scrambler to much fanfare. It’s an homage to the Ducatis of the 1970s, a design that is friendly toward custom shops and owner modifications. To show off just how custom-friendly the new Ducati Scrambler is, the Italian motorcycle manufacturer tapped a trio of well-known custom shops. Deus ex Machina, Mr. Martini and Officine Mermaid all took a shot at the Ducati Scrambler for release at the 2015 Motor Bike Expo. The results, as you can see below, are chock full of old-school glory.

The 2015 Motor Bike Expo took place from January 23rd to the 25th, showcasing some of the latest and greatest Italian motorcycles. Ducati always has a remarkable presence, but this year included quite the collaboration between these four brands. Deus Ex Machina showed off their “Hondo Grattan” version of the Ducati Scrambler, sporting a retro color scheme and exposed framework. Mr. Martini’s cafe racer customization features the most contemporary design of the trio, with a black and chrome palette that screams “sleek”. Last, the Officine Mermaid “Scratch” appears to reach back even further than the 1970s, inspired by post-war motorcycle design. In total, these three custom shops have shown off a wide range of inspiration that can be found in the latest from Ducati.

If you’re not familiar with the new Ducati Scrambler, it’s powered by an oil-cooled L-twin 803cc engine from Ducati 796 fame. It takes all of the benefits of four decades of engineering development and fuses it with the design concepts of the 1970s. In short, old meets new, and it does so in an incredibly customizable frame. That’s the best part of owning a bike like this — fashioning it in your own image. Okay, that’s the “second best” part. The ride is still number one. 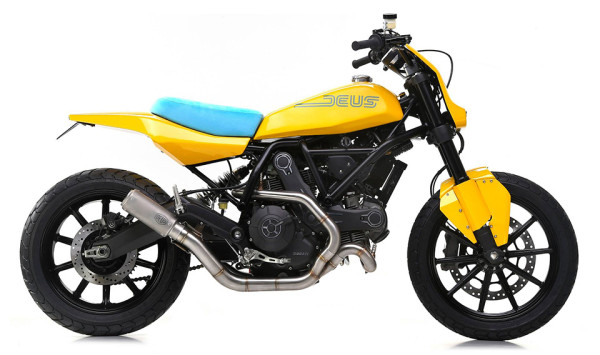 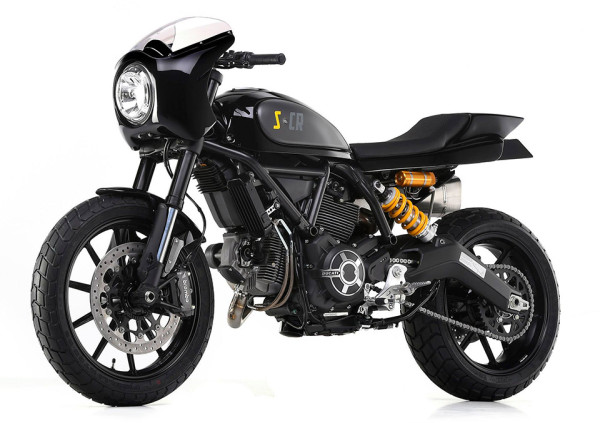 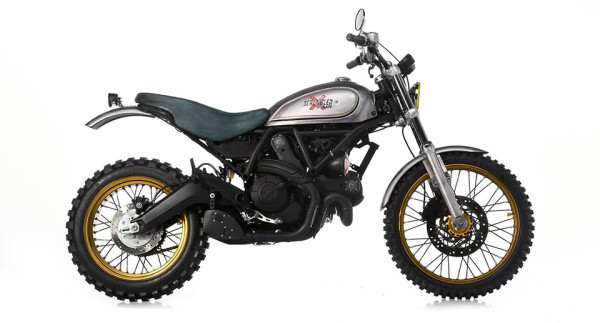 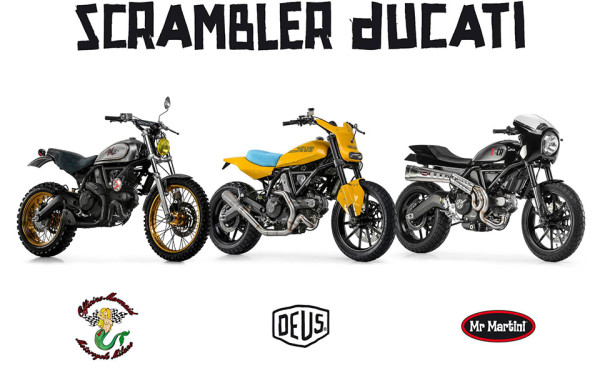