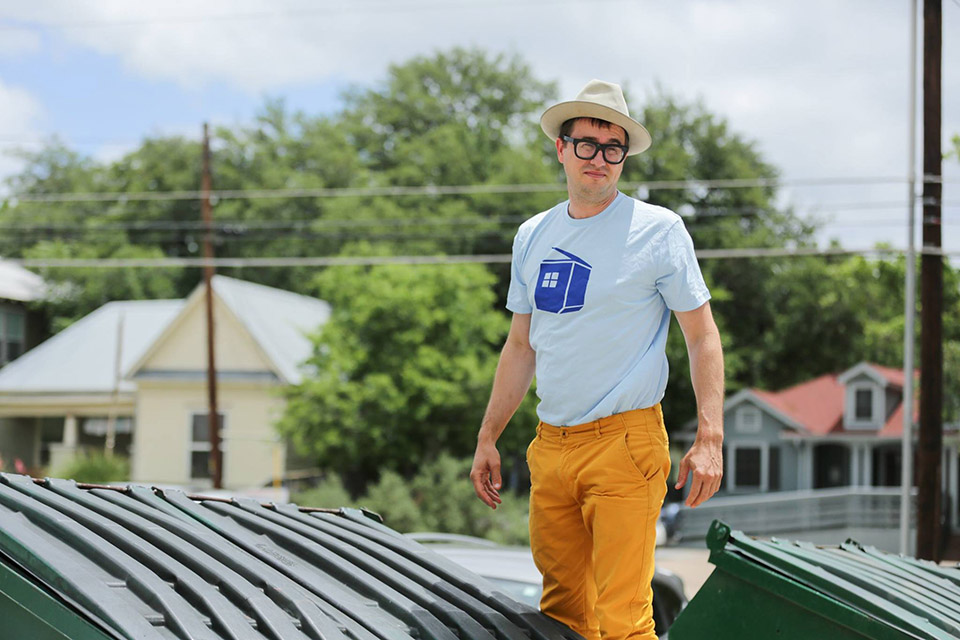 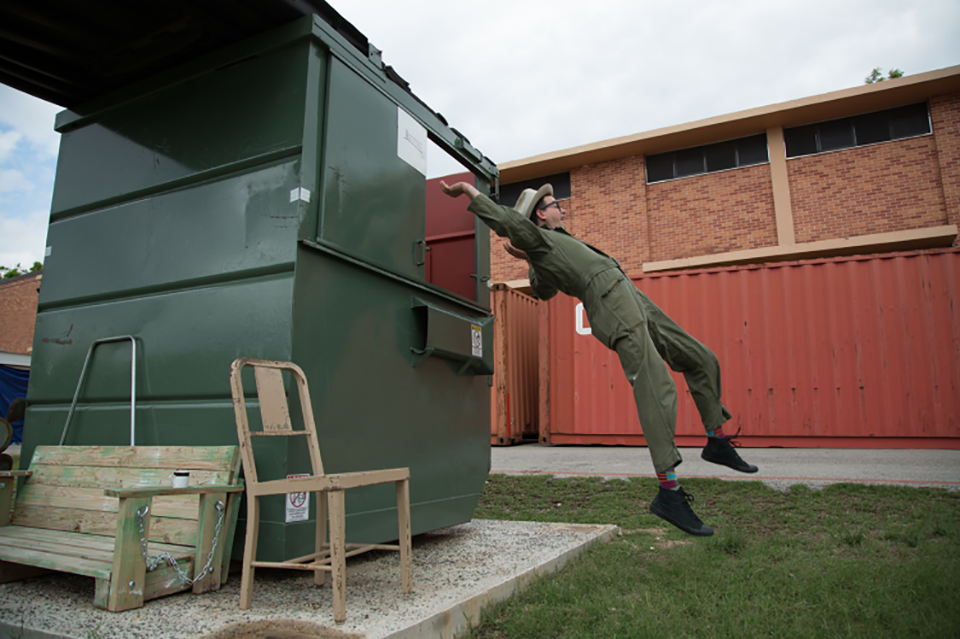 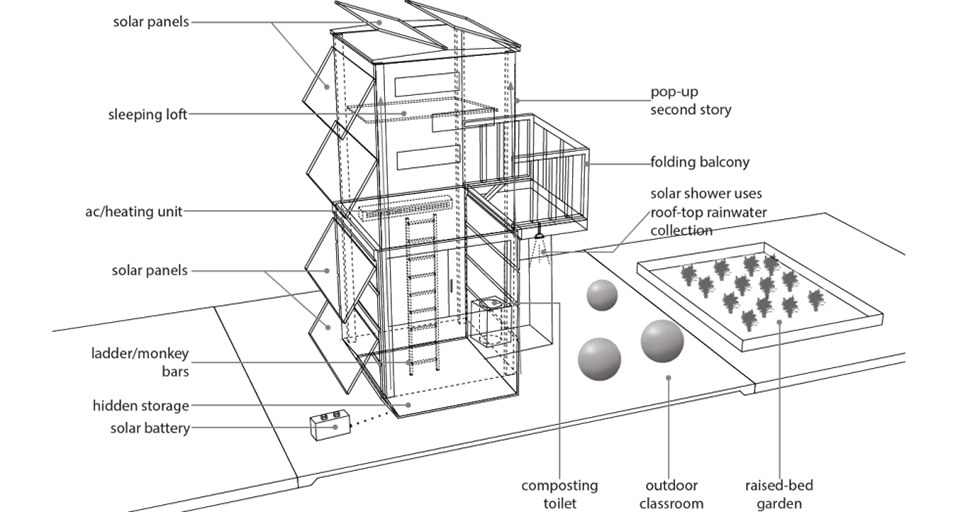 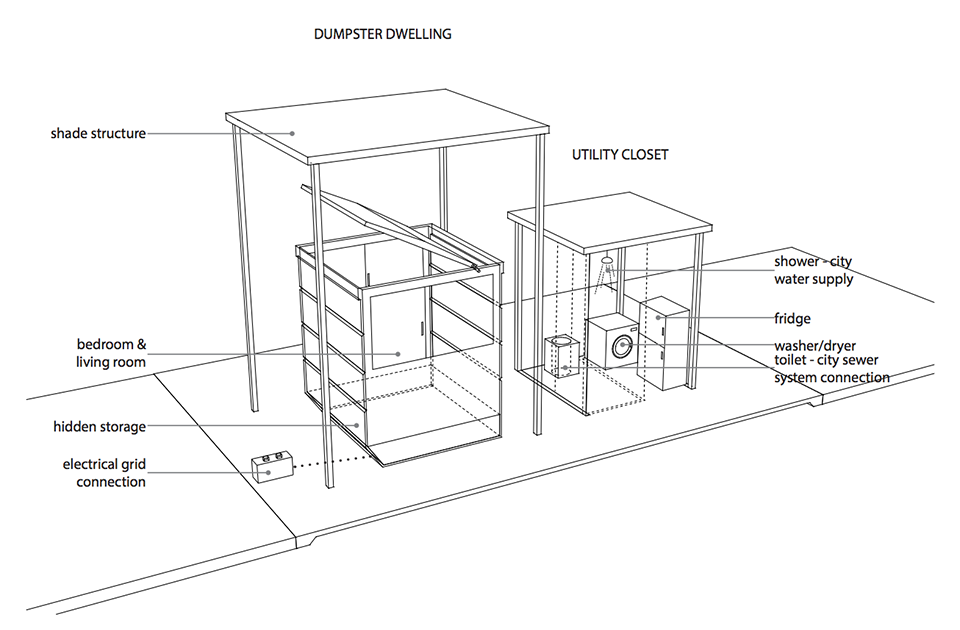 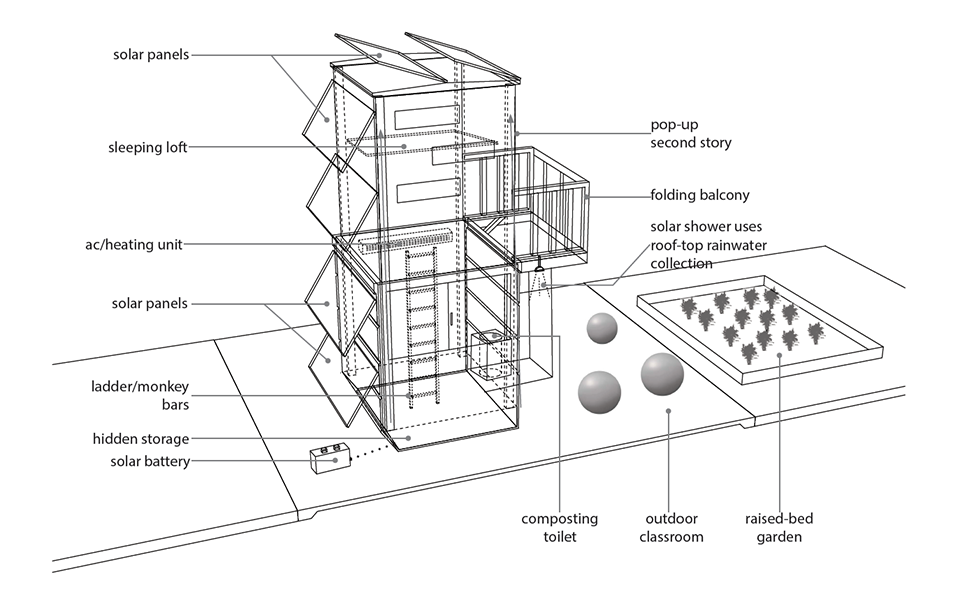 Dumpster House Project – In the very near future, sleeping in a dumpster might not be a lifestyle exclusively meant for those who have nowhere else to sleep. A group of scientists, engineers, designers, and students will over the course of a year be redesigning a thirty-three square foot trash container into ‘the most high-tech, sustainable micro-living space in the world.”  The leader of the group – Doctor Jeff Wilson, who refers to himself as “Professor Dumpster” – will be living in the dumpster house for the duration of the project, to test the hypothesis that he can live a happy, healthy life with significantly less than he already possesses.

According to the team behind the project, there’s a very good chance the Earth will eventually run out of affordable (and available) living space. To some degree, it may already be happening: as early as 2050, Earth’s population might reach a staggering 10 billion.  Before much longer, it’s going to become imperative that we start designing more compact homes.  The team behind the Dumpster House apparently thinks trash bins are the answer – and they’ve put their money where their mouth is with a Kickstarter campaign.

“We admit a used dumpster is a slightly unconventional choice for a design lab,” reads the project’s Kickstarter page, “but we think it works. When it comes to design, the dumpster is a highly compact space that forces our super-skilled team to completely re-imagine the definition of home sweet home. It’s also an iconic symbol of waste that’s widespread yet invisible—a magic, metal box that swallows trash. Plus, there’s something about ‘Crazy, Trashy Professor Lives in Dumpster’ that just has a sweet ring to it.”

Currently, the project is still in phase one – referred to as “dumpster camping.” That means that our erstwhile professor is living in a trash bin with no running water or electricity (or other amenities, for that matter). By December 2014, the team hopes to move into Phase 2, which will incorporate a number of appliances into the dumpster house design, adding a bunch of monitoring devices in a utility shed next to the house. Finally, in phase three – due summer 2015 – the dumpster house will be transformed into a completely sustainable, off-the-grid home. All they need to make it happen is a few donations.

And you thought the MIT Cityhome was a revolutionary space-saver.