I never feel let down when I see the words “contemporary Australian renovation” used in concert.  In recent years, some of the finest restorative architecture I’ve seen has come out of Australia, from Sydney to Melbourne and beyond.  The Elwood House by Robert Nichol and Sons is another brilliant example, where new architectural lines are drawn that remain connected to the structure that came before.  In this case, a modern wing was designed in 2013 to connect to the original, untouched frontage originally built in the 19th century.  The result is the best of both worlds — contemporary and classic alike.

The Elwood House by Robert Nichol and Sons was a collaborative effort between the architect, interior designer Dominique Rizzotto and a landscape design partner.  The goal was to re-imagine the layout of the home to improve its orientation, ventilation and connection with the environment around it.  The designers had a corner lot to work with, allowing them to leave the 19th century approach as is on one street, with an imaginative, contemporary face on the other.  Around and inside of this, the home features deliberate design decisions from every angle to yield a complete property.

The Elwood House is most notably characterized by its modern exterior along the side.  Despite its progressive shape and appeal, the materials are classical.  Slatted wood and simple bricks comprise the home’s fascia, and their arrangement is what creates such a progressive appearance.

Inside, the arrangement of rooms is structured to allow flow between interior and exterior spaces, where the work of Dominique Rizzotto can extend right out into the landscape architecture created for this home.  Inside and outside are one in this design, a grand improvement over the limited, binary in/out arrangement of the original. 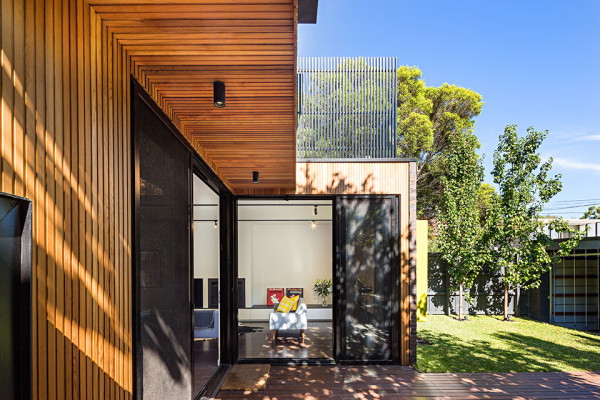 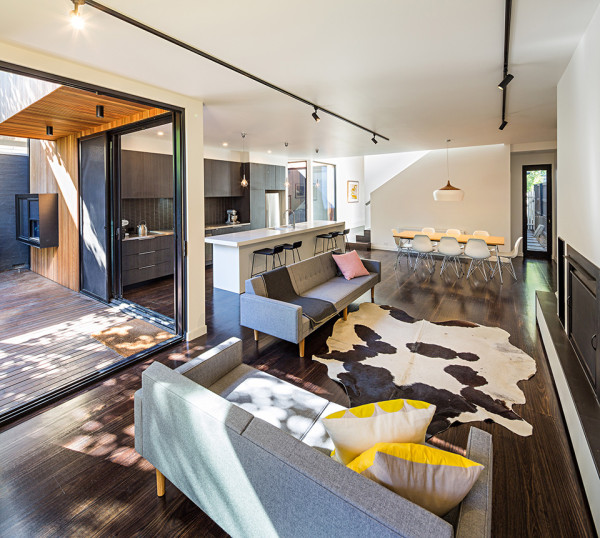 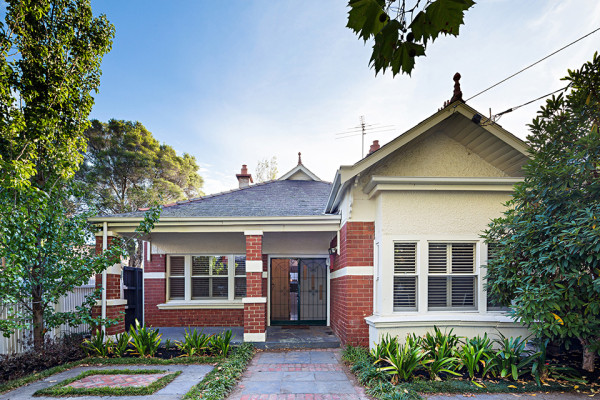 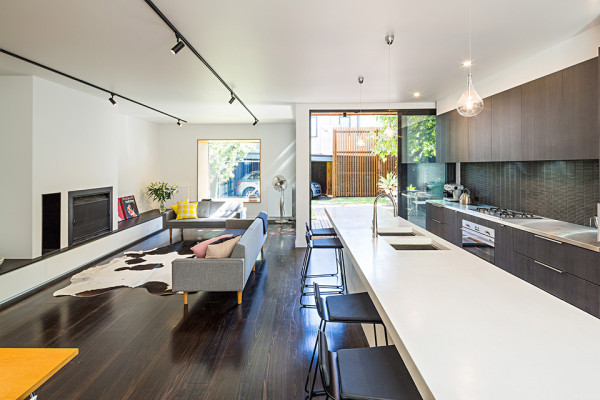 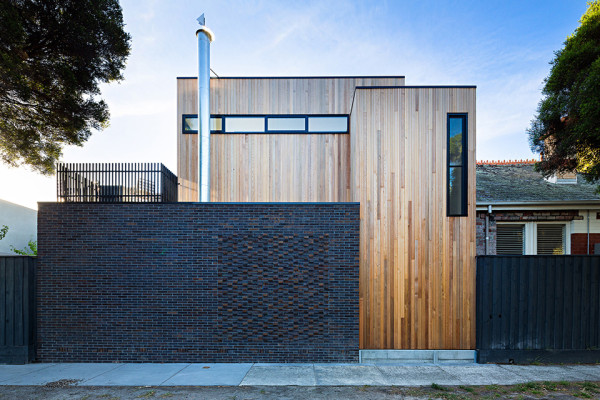