Why Every Man Needs a Good Barber Shop: Craft, Community and Conversation 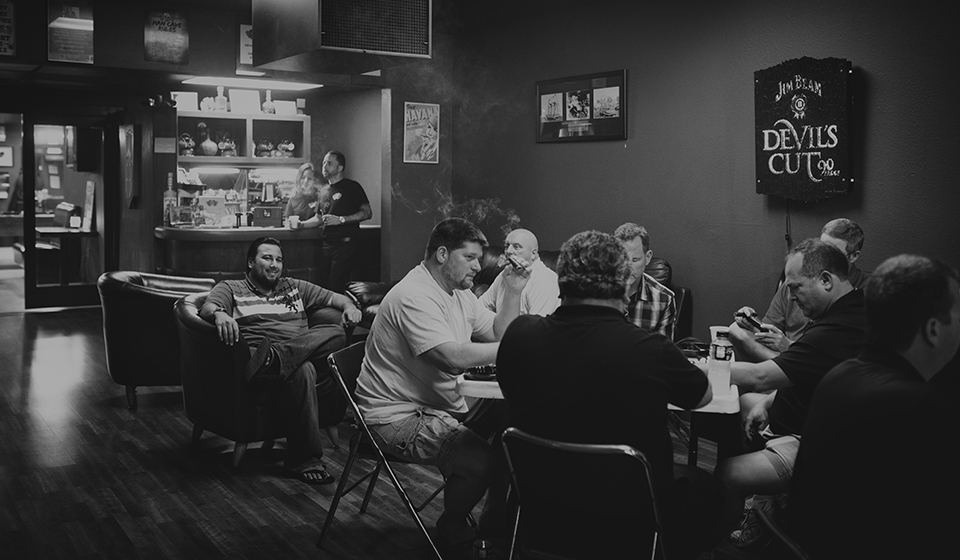 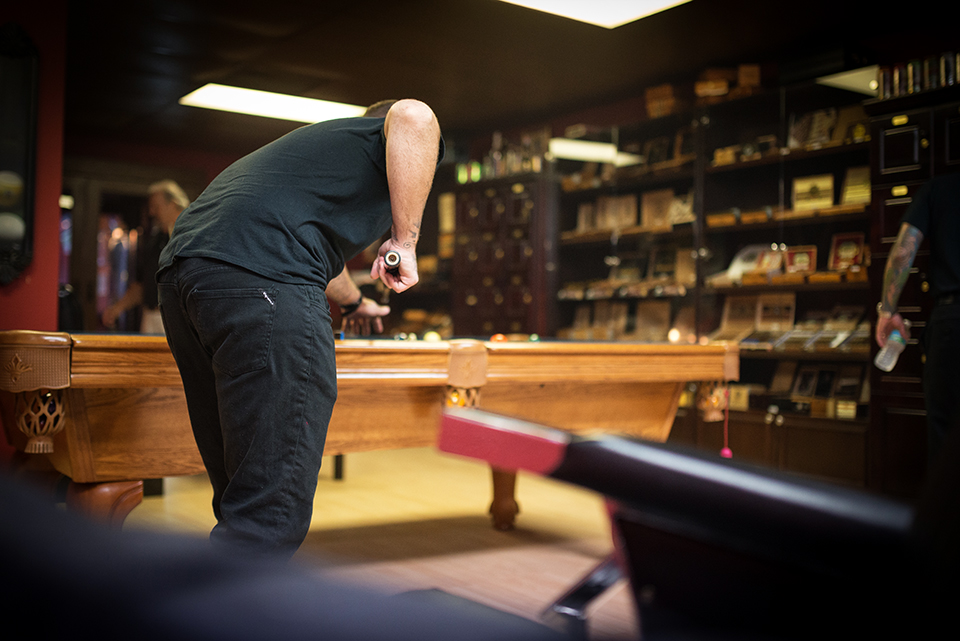 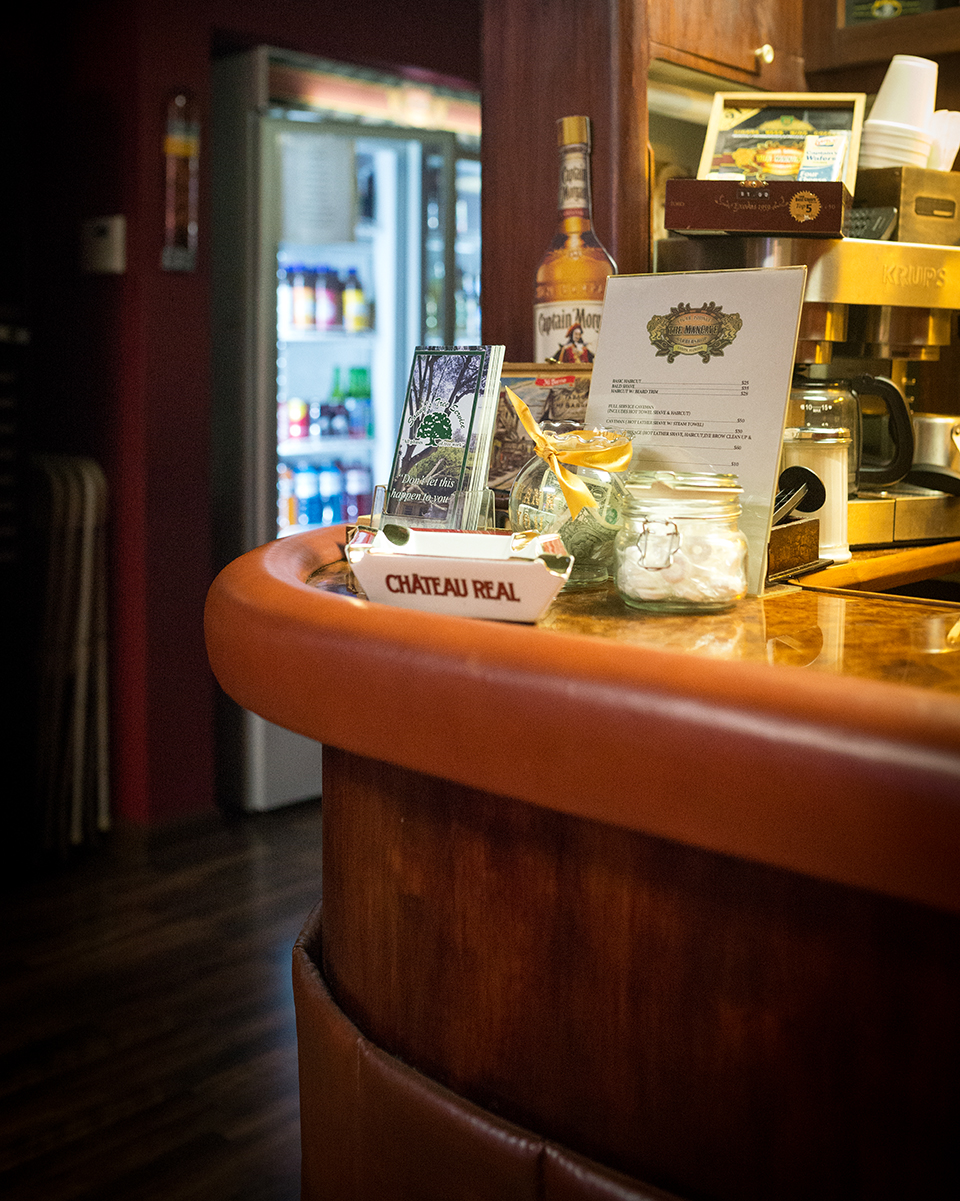 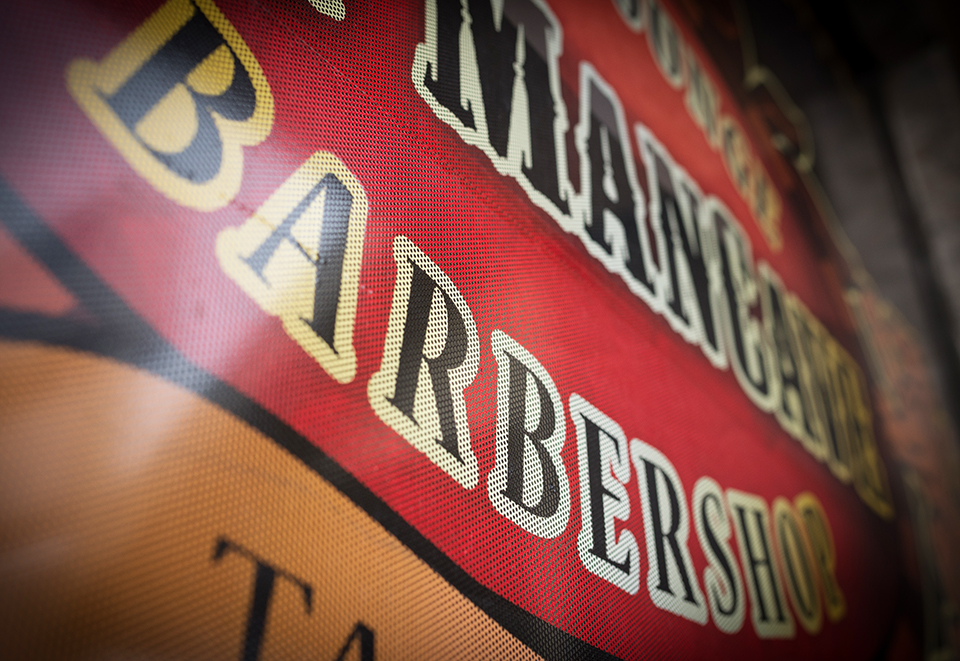 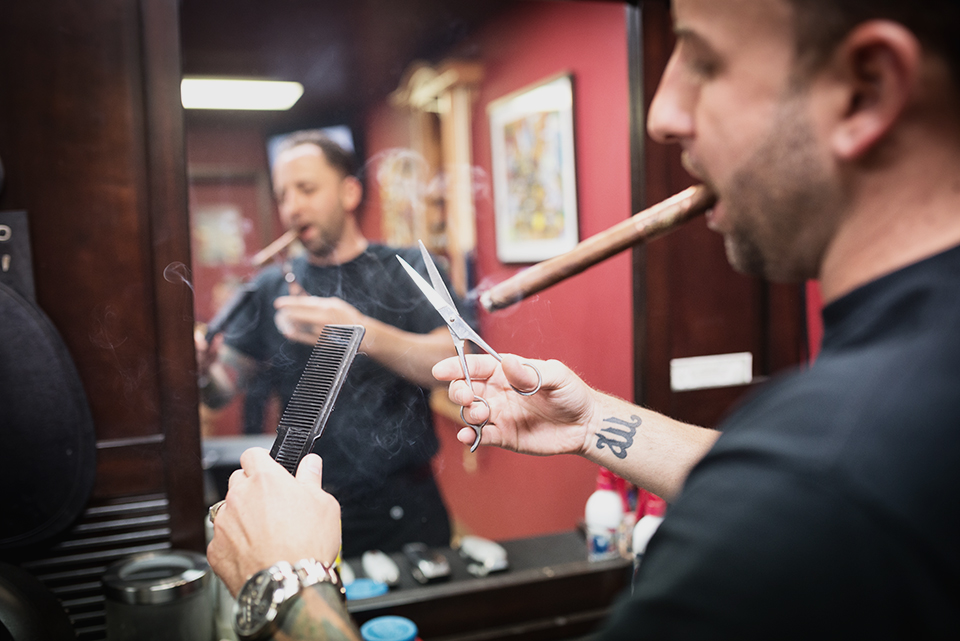 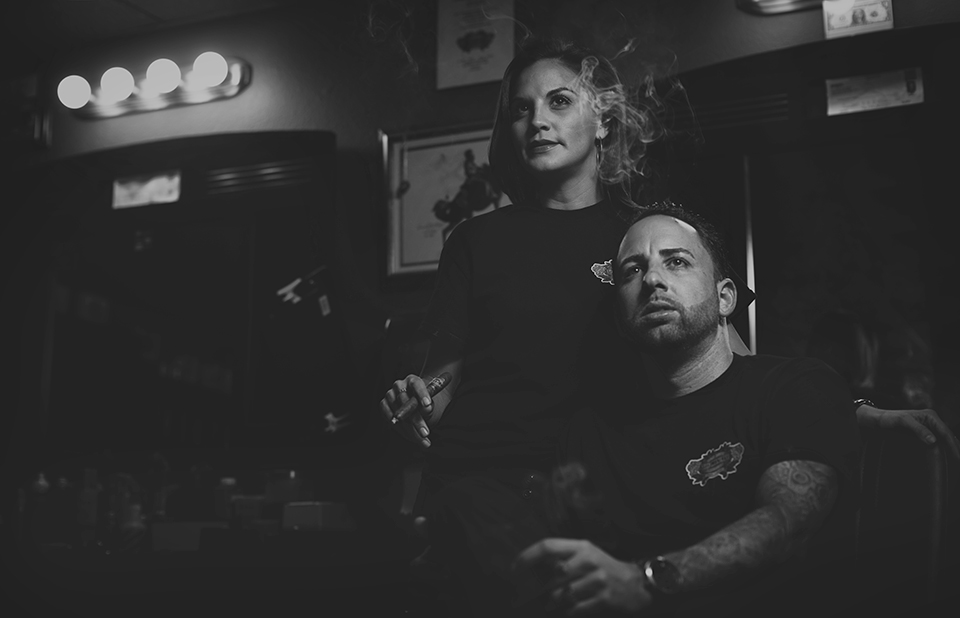 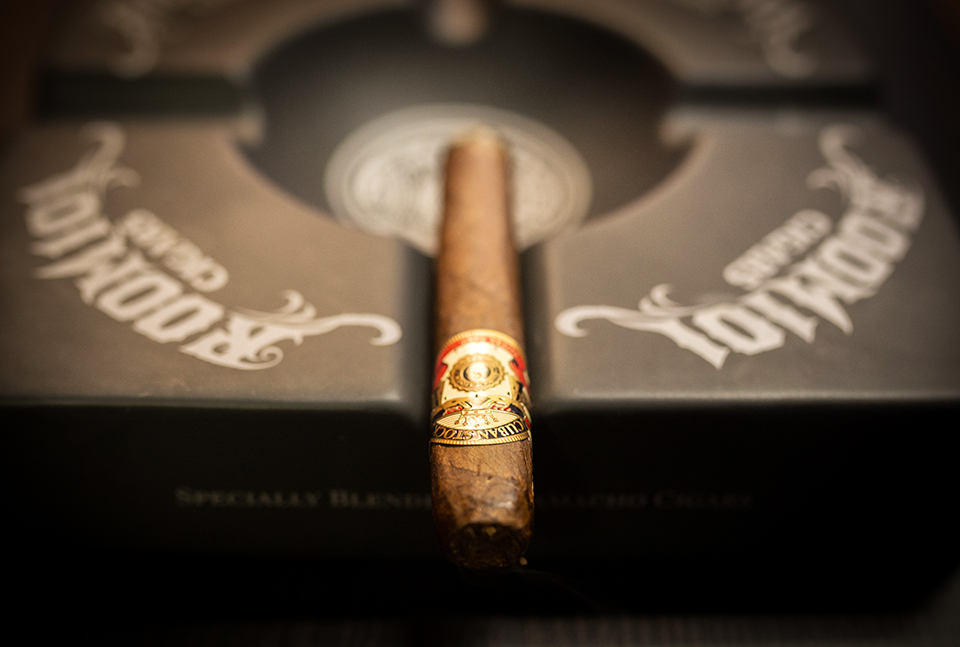 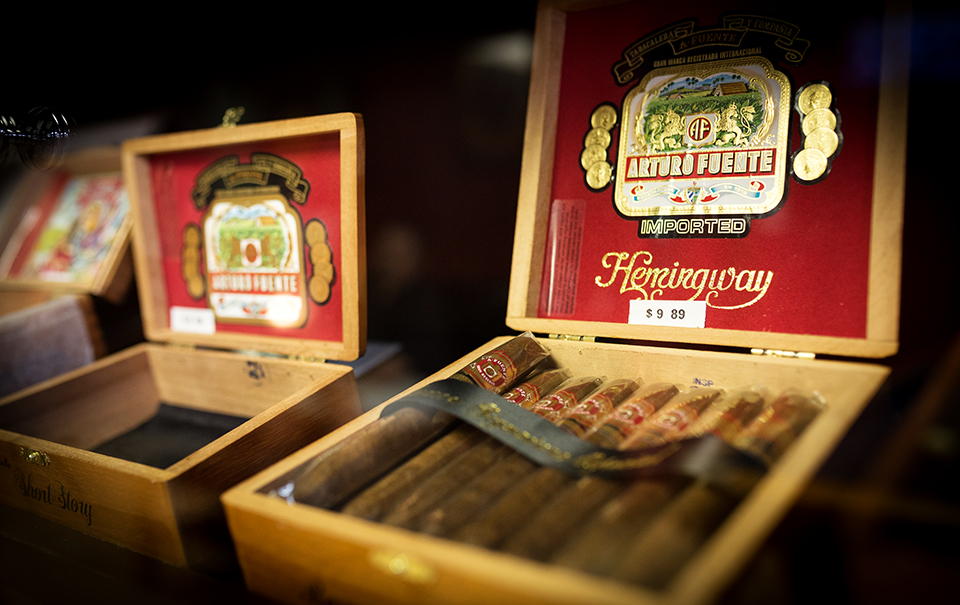 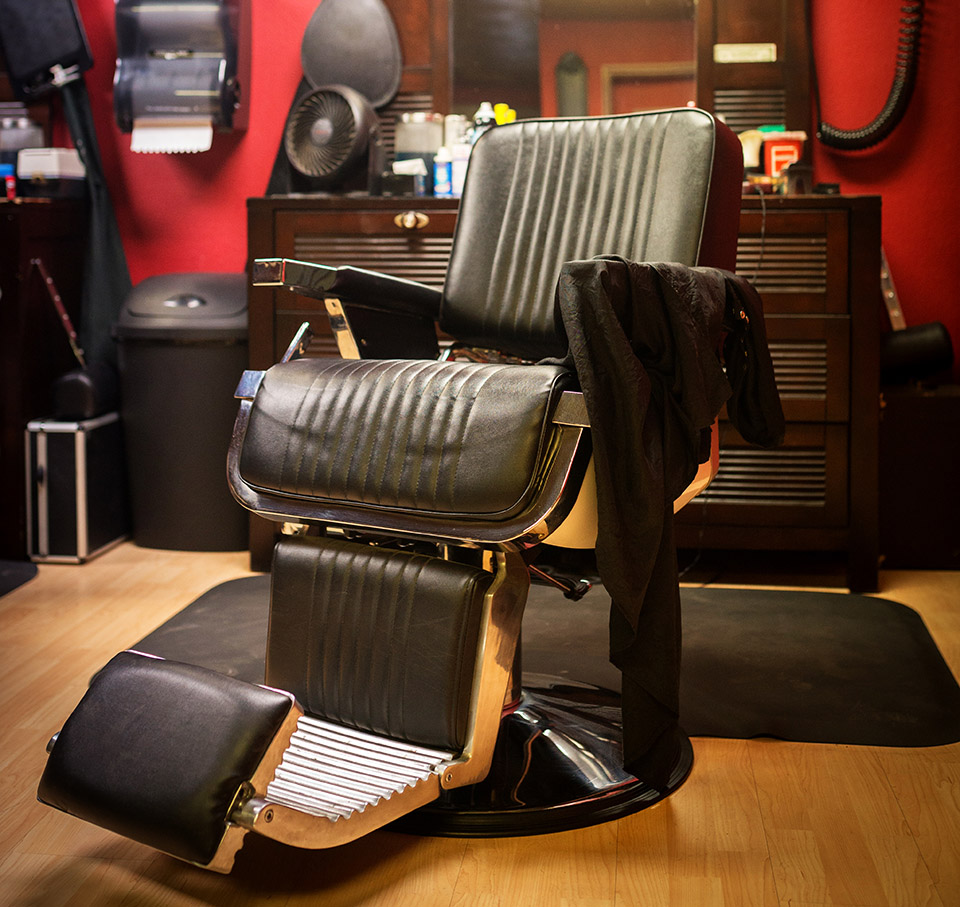 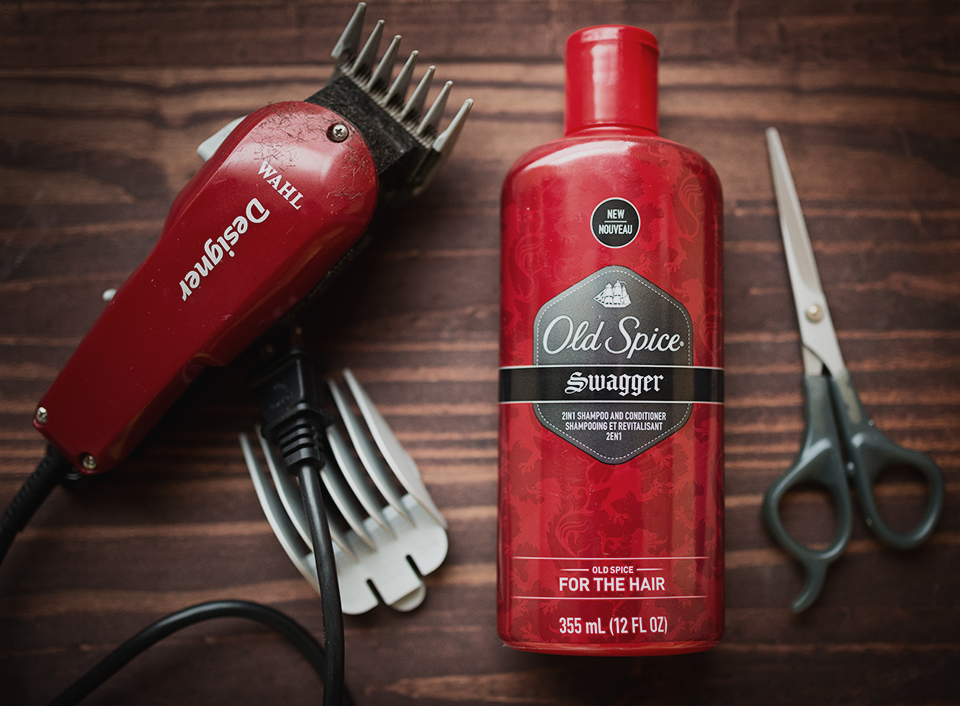 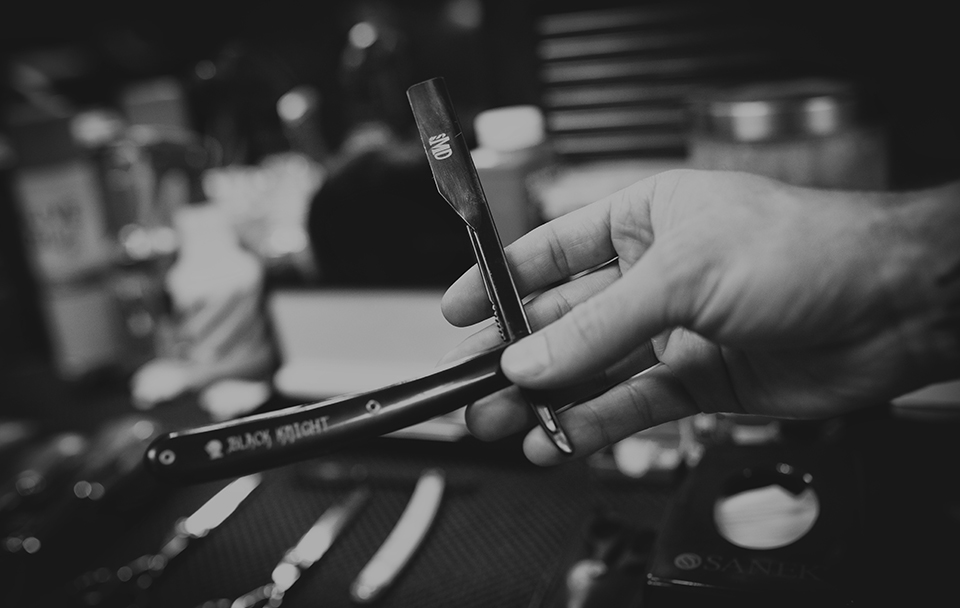 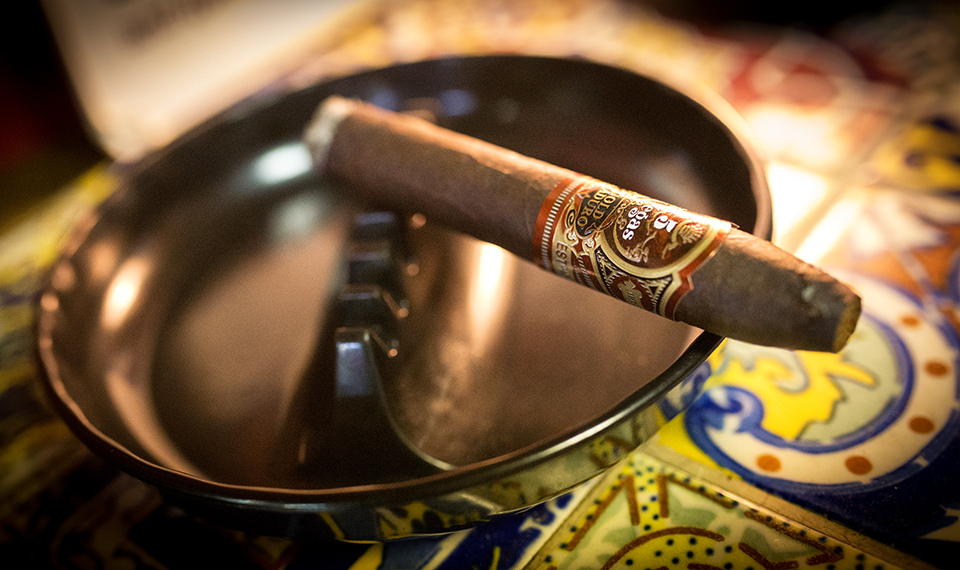 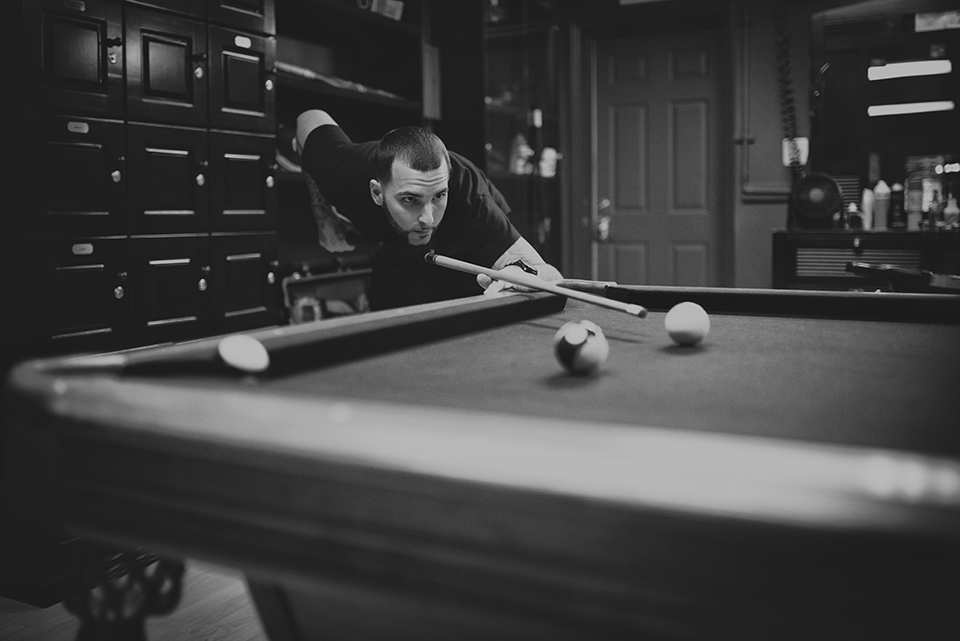 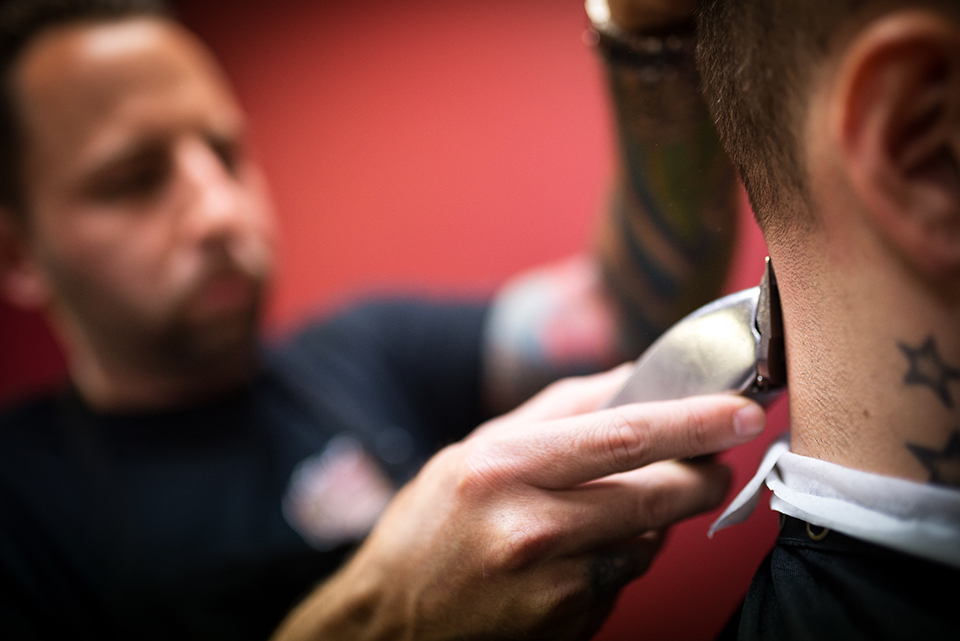 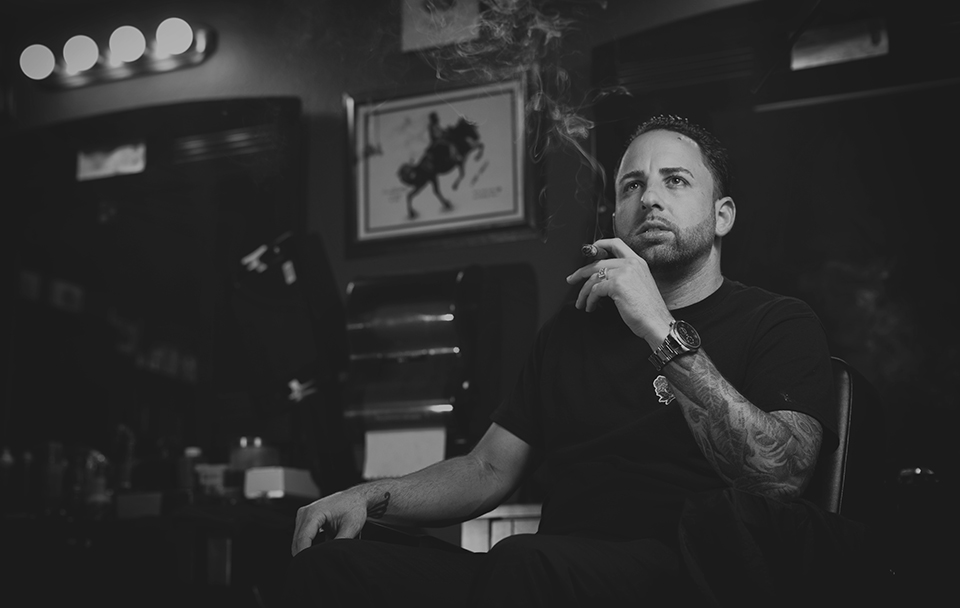 Something was lost with the rise of the chain salon and discount chop shop. Decades ago, the barber shop was about more than the haircut — it was a place to let one’s guard down and discuss the problems of the day. The barber was part craftsman and part counselor, his shop a special place for men to be men and talk candidly about their appearance.

Today, the neighborhood barbershop has rebounded, and a new movement of barbers are changing the landscape for the modern man.  One such environment, The Man Cave in Tampa, Florida, is part barber shop, part cigar shop, part lounge.  It’s a new concept by Darren Alvarez, a veteran barber with roots in the American cigar industry.  At Darren’s place, a guest can enjoy a fine Arturo Fuente while getting an artisan shave and a haircut. But a visit to The Man Cave doesn’t end there: This member’s club provides entertainment and camaraderie late into the night, featuring a growing group of regulars.

To get a firsthand experience, I visited The Man Cave and spoke to Alvarez about his pride, his joy, and the value of a good barber in today’s connected world.

This post is brought to you by NEW Old Spice hair products. For hair that gets results!

Before Alvarez and his competitors came along, men’s grooming had become a salon-dominated business. Large, national chains stomped out many of the barber shops in the US with their low-cost, unisex service for a younger generation. By contrast, the old-fashioned barbershop was just that — old fashioned — in a time where “new and stylish” was the trend of the day.

These salons aren’t guy-friendly, either. Women’s magazines like Cosmo and Us Weekly grace the waiting areas. Walls of women’s products dominate the visual space. Tinny dance music pumps in the background. In a few short years, men had almost entirely handed over their grooming duties to the salon. And something was clearly missing.

At The Man Cave, there’s no dance music on the PA, no Cosmo on the coffee table, no women’s hair products anywhere. There’s a pool table, a bar, bulky large leather couches and flat screen TVs in each room. There’s a wall of cigars for sale, including a range of varieties from Arturo Fuente, Rocky Patel, Alec Bradley and more from the world’s finest brands. There’s a series of wood-paneled lockers for The Man Cave’s members. In front, a pair of card tables host regular poker and domino tournaments. It’s the kind of place where you come for a haircut, then come back a week later just to relax. And that’s precisely what Alvarez had in mind.

“When a woman visits the salon,” he explains, “she’s gone for hours. It can be a half-day event. I wanted to create a similar experience for men, where they can get a shave and a haircut, then stick around for a cigar and enjoy themselves.”

The inspiration behind Alvarez’s shop is unique. Prior to opening The Man Cave, Alvarez worked as a barber for the better part of a decade. This followed many years in the American cigar industry, where he managed a label of his own in his hometown of West Tampa, Florida. Alvarez left the industry with a plan to return on the hospitality side; The Man Cave was the eventual fusion of his cigar industry roots and the hospitality business he’d cultivated as a master barber.

Alvarez didn’t conceive this plan alone. Before departing his cigar company, he met his future wife and business partner, Catrinna, who had worked on the sales side of the cigar industry here in Tampa. Now the duo run The Man Cave together, with Catrinna managing the lounge and Darren behind the barber’s chair.

The combination of a barber shop and a cigar shop is a perfect match, provided you enjoy the smoke.  There’s only a handful in the United States, and the cigar industry roots of Darren and Catrinna Alvarez lend The Man Cave a very unique authority.

Community plays a large role in any barber shop, and this is especially true at The Man Cave. At The Man Cave, the community has special privileges — provided they pay their dues. The Man Cave offers memberships which include a personal locker and a key to access the building after-hours. The Man Cave serves beer and wine, so if there’s a late game and the barbers have departed for the day, the space becomes a gathering place for its members.  It’s not unusual to drive by late in the evening and see a bit of merriment through the cigar smoke inside.

While the community of The Man Cave and many barbershops like it keep the clientele coming back, they wouldn’t have come in the first place if it wasn’t for the quality of the haircut. This is what sets Alvarez and other barbers apart from the salon crowd. They’ve made mens hair and grooming their specialty. If you walk into your local salon and ask for an artisan shave with a hot towel and a straight razor, you’re probably out of luck. At The Man Cave, they have specialized razors, hot lather, and all the before-and-after shave goodies one could desire.

It’s not just the craft that makes a traditional barber shop special. It isn’t the community alone either. It’s also the conversation between the man in the chair and the man behind it. A barber like Alvarez is part craftsman and part counselor, and the bond between the barber and the client is something that’s hard to replicate at a salon. It’s one of the few places where a man can talk candidly about his appearance and his grooming. And while the conversation starts there, it often becomes a wider discussion about life, work, and relationships that’s guided by the man with the clippers.

In this sense, the barbershop is a trusted American confessional, a place where a guy can speak freely without fear of judgment. At The Man Cave, the cut and the conversation is just the beginning. It’s the kind of place where you want to drop your guard, light up a cigar, draw a hand of cards, and unwind. Ultimately, you’ll want to return whether you need a haircut or not. That’s the mark of a good barber shop.