Social Isolation and Loneliness: Definition and Their Relation 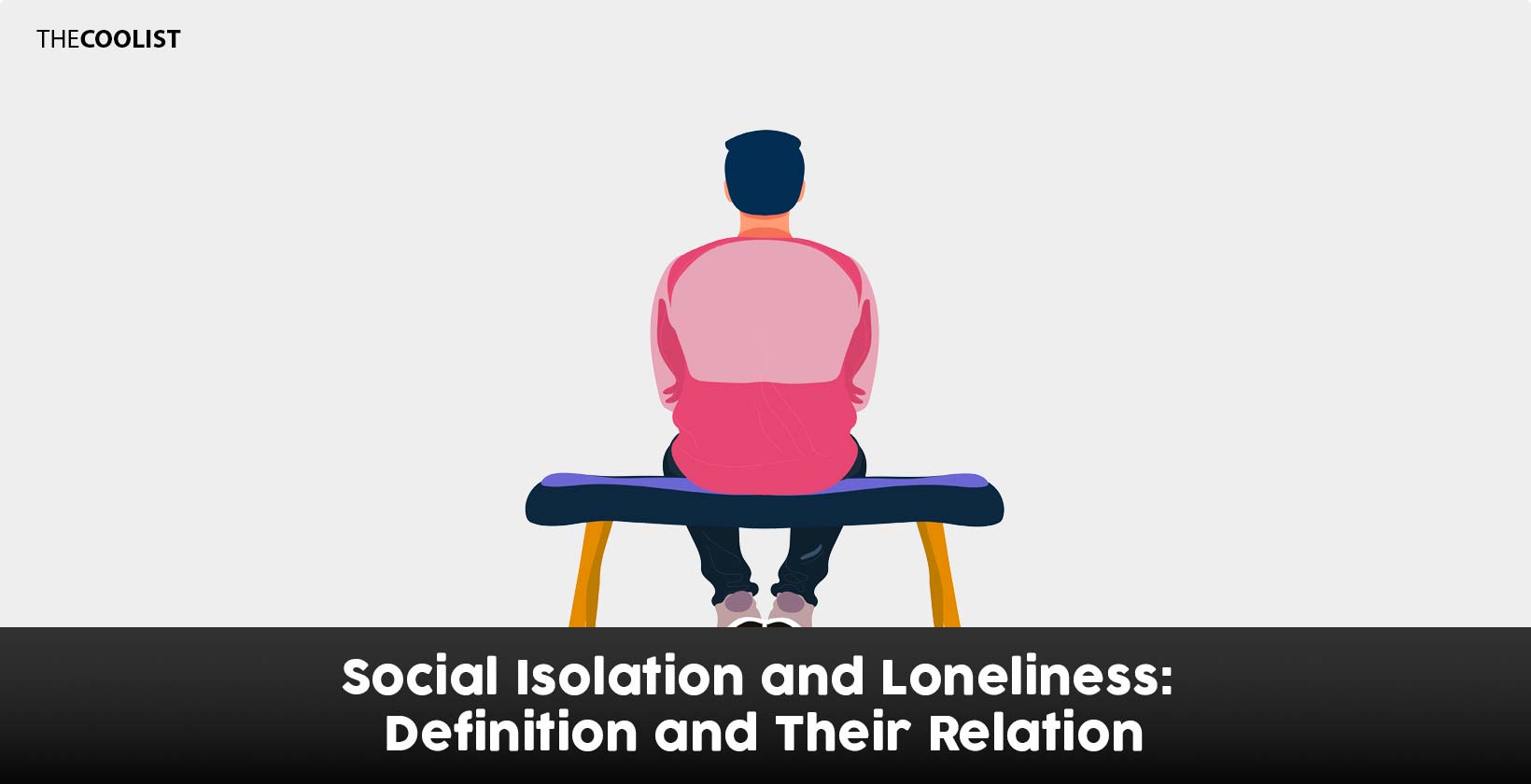 Social isolation describes the state of feeling cut off from others. The defining point of social isolation is a physical separation, either from family, friends, or society, for an extended time, which can lead to loneliness.

Social isolation is often unwanted, although some people choose to self-isolate. Extremely introverted people, like INFJs, INFPs, INTJs, INTPs, and ISTPs, are the likeliest personality types to have social isolation tendencies.

What is social isolation?

Social isolation is the complete or near-complete lack of social interaction, contact, and relationship with others.  Social isolation can happen when there are physical barriers that separate one person from others or hinder someone from interacting with others. For example, you can be socially isolated when you are living in a rural area with little to no neighbors and no transportation. Social isolation can also involve emotional isolation, a state of detachment that characterizes the inability or unwillingness to share your feelings with others.

That said, not having many friends or living alone doesn’t necessarily make someone socially isolated. Being alone by choice can be relaxing and rejuvenating. But when social isolation is unwanted or becomes unhealthy, it can have various adverse effects on a person. For one, chronic social isolation can lead to loneliness. Although isolation and loneliness are terms often used interchangeably, the terms are different. Isolation is an objective state where you can identify the absence of social contact based on how many people you interact with on a regular. Meanwhile, loneliness is a subjective feeling that may come as a result of isolation. You can be socially isolated without feeling lonely. Conversely, you can feel lonely while not socially isolated, like in a crowd.

The effects of social isolation on a person go beyond feeling lonely. Social detachment can also cause people to suffer from anxiety and low self-esteem. And with a prolonged lack of physical and emotional interaction with others, socially isolated people can become emotionally numb or detached from their own feelings.

What are the risks of social isolation?

There are two types of risks of social isolation. First, there are mental health risks of social isolation. Reduced social contact can cause or worsen anxiety, depression, suicidal ideation, and other severe mental health conditions like schizophrenia. Social isolation has also been linked to cognitive function decline and a diminished ability to perform everyday tasks. Socially isolated people also have an increased risk of dementia and Alzheimer’s disease, especially older people.Prolonged isolation also risks losing a sense of connection to others and the community. Hence, socially isolated people may feel mistrustful or threatened by others. Second, there are physical health risks of social isolation. Social isolation can manifest in physical reactions such as muscle tension, headaches, sleep problems, and worsening medical conditions. Over time, being alone can make someone more vulnerable to high blood pressure, obesity, and heart disease.

Socially isolated people may be less inclined to take care of themselves properly. They may get little to no exercise, lack proper sleep, eat poorly, and engage in substance abuse. All these risks can weaken the immune system and further increase the risk of severe health conditions.With the magnitude of these mental and physical health risks, studies have found that social isolation increases the risk of early death.

What are the symptoms of social isolation?

The symptoms of social isolation will vary depending on individual situation. Here are 15 general symptoms that are warning signs of unwanted or unhealthy isolation.

What are the causes of social isolation?

There are six causes of social isolation, which are listed below.

What are the types of antisocial behavior?

Below are seven types of antisocial behavior that can be related to social isolation.

What common traits do antisocial people have?

Which personality type is antisocial?

There are five personality types are antisocial to a greater degree than others.

How to prevent social isolation?

There are two ways to prevent social isolation and improve your social skills. First, it’s important to take time and effort to care for yourself. Try eating healthy, getting enough sleep, exercising, and pursuing any activity that is enjoyable and can help create a sense of calm. Taking outdoor breaks can also have a positive impact on your mental health, lowering the risk of loneliness. Second, it’s essential to connect with other people and maintain meaningful relationships. Find new ways to come together. Try checking in with family members and friends, commemorate special occasions with loved ones, and maybe go out into the neighborhood once in a while. If you find connecting with others challenging and stressful, it could help if you improve your social skills.

What are the phases of socialization?

There are five different phases of socialization. At each phase, a person internalizes the system of roles depending on their status. Below are the five socialization stages.

Why is social isolation bad for a person?

Is your personality type a cause of soical isolation?

Yes, your personality type can be a cause of social isolation. You may prefer being alone and be less motivated to seek out social engagements, ultimately causing social detachment.Introvert-dominant types of people truly enjoy spending plenty of time alone, at least to different degrees. For instance, INFJ, INFP, INTJ, INTP, and ISTP personality types may have unexpected bouts of intentional and extreme isolation. These personality types tend to seclude themselves from others and don’t mind feeling isolated for an extended period.

Meanwhile, people with ISTJ, ISFJ, and ISFP personality types don’t mind having space and independence and may require a bit of isolation to feel recharged. However, they don’t enjoy feeling isolated for extended periods and will feel stagnant or depressed when alone for too long.

Does technology cause social isolation?

Yes, technology causes social isolation. Although technology is effective in helping maintain social contact and ties for people away from each other, it can also cause people to be less interactive. People can be together, sitting right next to each other without saying one word to one another because they are either playing games, listening to music, or scrolling through social media. That said, you can avoid social isolation by limiting the use of technology at only appropriate times, like when you are alone and bored, or in case of emergencies.