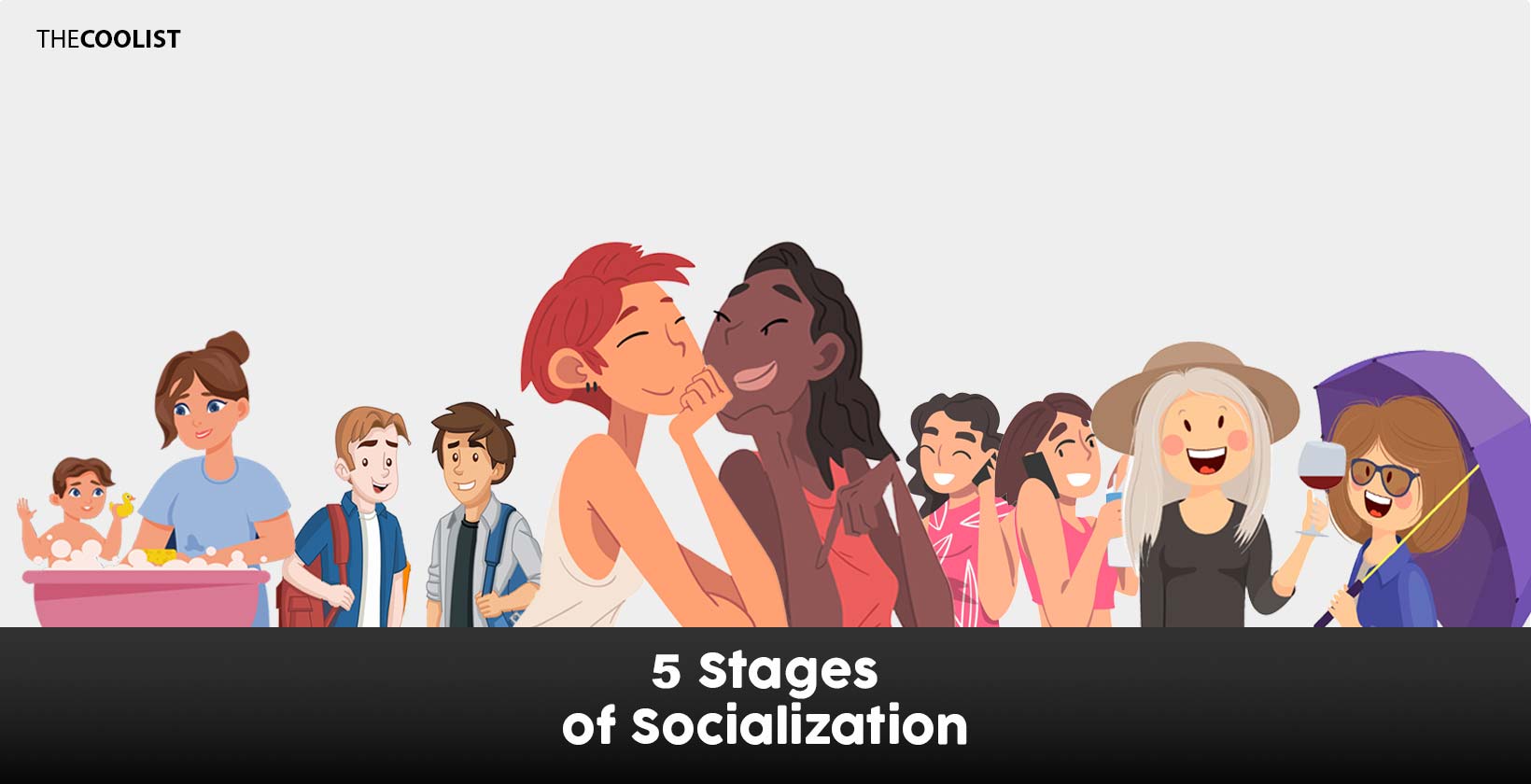 The primary stage of socialization is relevant to a person’s social development because it sets the base from which future growth spawns.

The secondary socialization stage sees a person’s language and non-verbal interactions proliferate, and we begin establishing a social hierarchy. During this period, our positions in social interactions begin to form. We learn to understand the different roles and how to play them and start to develop our own ideas and concepts.

Early socialization stages instil the values that allow us to change our adult behaviors to suit a situation. When early socialization growth is stunted or negatively influenced, adults struggle to adapt to different conditions and find themselves limited in their growth potential.

The adult stage of socialization is more relevant to socializing within the culture in which we live rather than internal growth. However, the earlier socialization stages lay the foundations and provide the core period of social development.

The anticipatory stage is relevant to our development because associating ourselves with those holding a particular set of social values makes us more likely to adopt those values.

Resocialization is a stage of socialization that entails learning and adjusting to new social structures, and can occur at any stage of life. Resocialization happens when a person alters their social skills or social knowledge radically. Often, the behavioral changes associated with resocialization manifest following a change of location of environment. For example, emigrating to a different country will require a significant degree of resocialization. However, minor adjustments such as moving into a more or less affluent neighborhood can also trigger the resocialization stage.

Resocialization is relevant to social development because it allows people to adjust their learned behavior to interact with new surroundings.

Socialization is an integral but multifaceted component in our development, and is a constantly evolving process. We move through the different stages of socialization as we age, yet the foundations we learn at the start are what pave the way for continued growth through adulthood.

How does socialization affect personality?

Socialization affects personality directly, providing an experiential framework for taking in social stimuli and making decisions thereupon. However, socialization is only a facet of personality (albeit an important one). People can practice socialization, building agency over the “nurture” aspect which counterbalances and shapes an individual’s intrinsic “nature”. With time and persistence, people with well-honed socialization skills will develop a profound ability to check the natural impulses of their personality against their learned experience of social norms.

How does isolation impact socialization?

Isolation impacts socialization negatively. Socialization is the practice of interacting with others, so isolating yourself from social interactions effectively ends socialization. The results of prolonged abstinence from socialization can see the skills learned throughout various stages of socialization forgotten, resulting in social awkwardness. In turn, social ineptitude can promote further withdrawal from society, creating a negative loop of isolation.

Social isolation impacts every stage of life. In their paper Loneliness and Cortisol (2014), Lacey, Kumari & Bartley stated that prolonged social isolation in children had serious effects throughout life. These effects include impaired educational performance, a reduction in attained social class in adulthood, and increased psychological distress.

Which personality types are likely to socialize?

The personality types most likely to socialize are those that have a dominant Extrovert function. Extroverted personality types draw energy from social interaction, while introverted types find this draining and therefore look to minimize socializing as much as possible.

The ENFJ personality type is highly likely to socialize as they not only feel energized by being around people, but the act of socialization brings them great joy and happiness. Similarly, an ESFP personality type finds great pleasure in socializing with family members. Spending time with other people drives the ESFP personality onwards.

Why is socialization important in early childhood?

Socialization is important in early childhood as the lessons kids learn during the primary and secondary socialization stages set the foundation for all future social development and growth. Children raised in a family that prioritizes communication will be typically more social int he future than those raised in homes where interactions are limited.

The benefits of socialization in early childhood extend beyond learning how to behave in different situations. These benefits also include learned empathy and language skills, early concepts of teamwork , increased confidence levels, and a healthy respect for people from different social and cultural backgrounds.

Social factors affect child development in the following three ways. Firstly, the family environment significantly impacts a child’s development. The rules and boundaries set within a family unit form the basis of learned socially acceptable behaviors. Secondly, peer groups dramatically affect child development. The people children associate themselves with can have a long-lasting impact on their social development. This is due to the power of anticipatory socialization, which sees us pick up and mimic the social graces of those we surround ourselves with. The final social factor that impacts child development is the media. Teaching children about the media they consume makes it possible to restrict the damaging influences while still benefiting from the positive aspects.

What is the relation between Socialization and Antisocial Behavior?