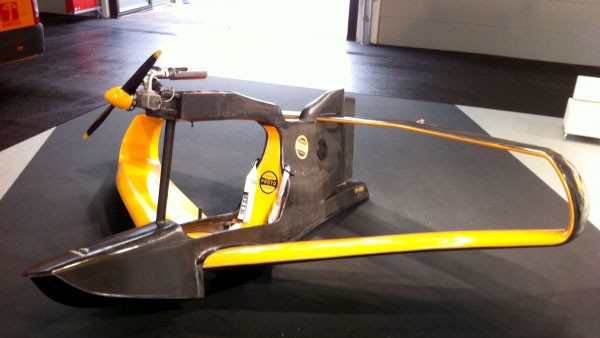 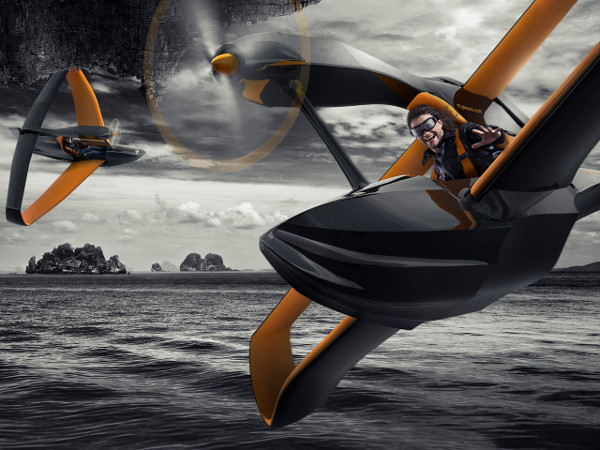 Either this is a belated April Fool’s joke… or a real revolution in entertainment transport.  FlyNano is 50% jet ski, 50% bi-plane, 100% amazing.  This low-cost private sea plane has a sea-friendly hull, a pair of conjoined wings and a small-engine propeller raised above the cockpit.  Users can hop behind the controls, fire up the propeller and climb toward liftoff and a cruising ceiling of over 2 miles high in the free blue skies.  The cost?  $36,000 and up.

It almost doesn’t sound possible.  For the price of a mid-range speedboat or a budget-level yacht, an adventurous spirit can purchase a personal sea plane with the maneuverability and fun-factor of a jet ski.  FlyNano offers three different models, two base options with either an electric motor or combustion engine and a tweaked performance model with a greater range, speed and ceiling.  The electric version carries the lowest cost and the lowest performance numbers, but barely less than the performance version.  The FlyNano E200 electric model will quietly take off on open water to a cruising speed of nearly 90 mph for a range of 25 miles per charge.  The only real benefit of the gasoline model is the additional 18 miles per flight, but we’d personally prefer the environmental (and economic) benefits of the E200 electric.

For those who prefer a bit of kick to their flight, the FlyNano R300 will travel faster and higher than either of the electric/gas base models and also carry the highest price.  While the option is nice, we’re not even sure its important.  We would gladly sacrifice a few miles an hour just to be able to try one of these machines.  To the people at FlyNano– if you need a test pilot, you know where to find us…