Keeping the kids amused is challenge faced by many parents – unless you’re a married couple from Thailand who built a holiday home that doubles as a giant indoor playhouse. Designed by the Bangkok studio Onion, the house at Cha-Am Beach features five suspended nets across three stories which offer a more exciting way to move around. You can also ascend with ladders and staircases, or descend with pre-cut holes in the netting. Hit the jump to see what architects came up with for other parts of the house.

“Running, climbing, hiding, hanging and even falling are the proposed physical activities which exceed the boundary of common lifestyle,” explained Onion design director Arisara Chaktranon. The main atrium uses was decorated with a monochrome color palette and a ceiling covered in mirrored film which creates the illusion of more space. A black carpeted space below the netting that contrasts with white padded cushion also gives the impression of a never-ending abyss.

Two of the children’s beds are contained in a wooden structure that can be accessed from one of the nets using a secret sliding door, or via a larger tunnel that connects to the main staircase.The other bedrooms are also located on the top floor, which can be accessed using a series of tunnels. Arched windows, doors and recessed lighting help to solidify the house as a giant playground.

Even the parents opted for a childlike aesthetic, judging by the windows in their master bedroom that have been cut into geometric shapes and fitted with hinged shutters. More practical rooms in the house include a dining room on the ground floor that looks out onto a swimming pool, as well as room for storage space and parking on the ground floor. In total, this giant indoor playhouse has a little something for kids of every age. [Photography is by Wison Tungthunya] 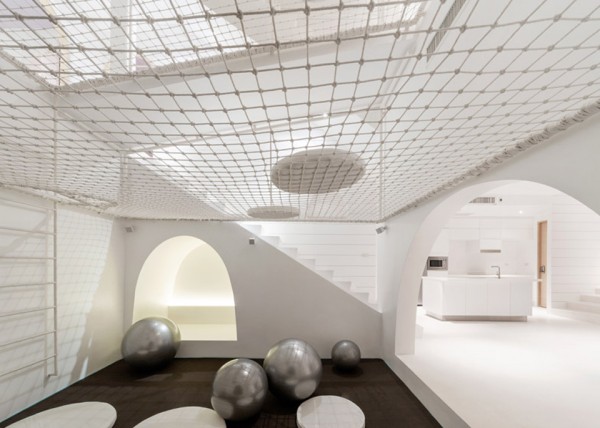 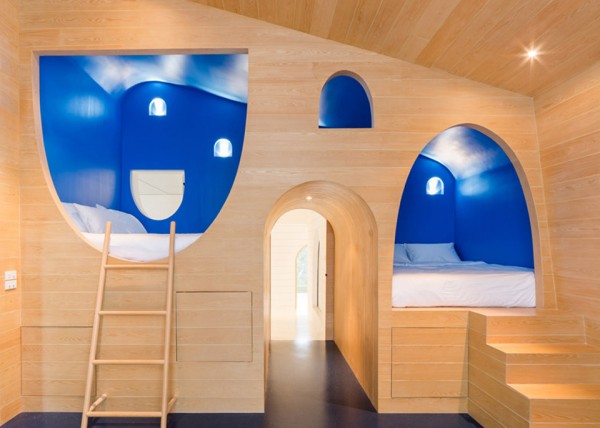 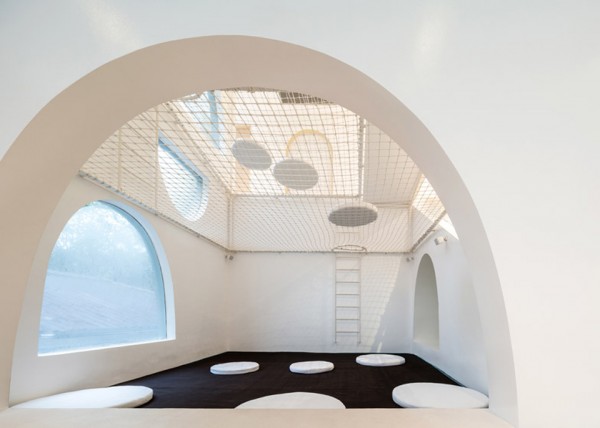 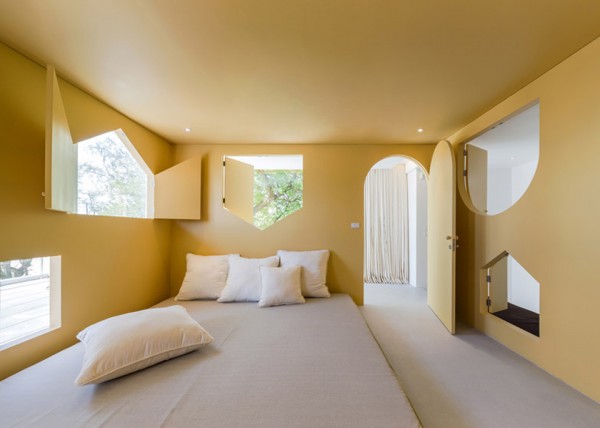 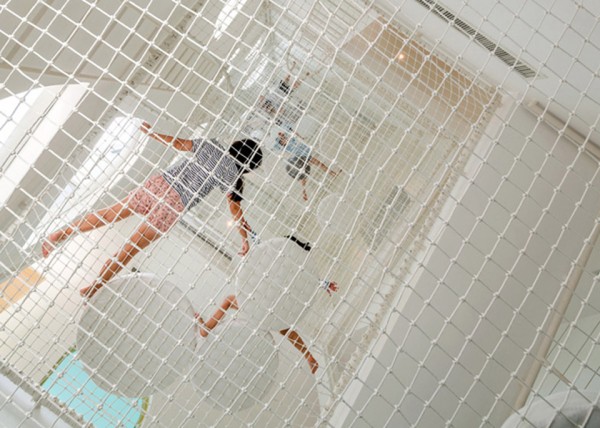 10 Gadgets for the New Home: Creating a High Tech Space of Your Own