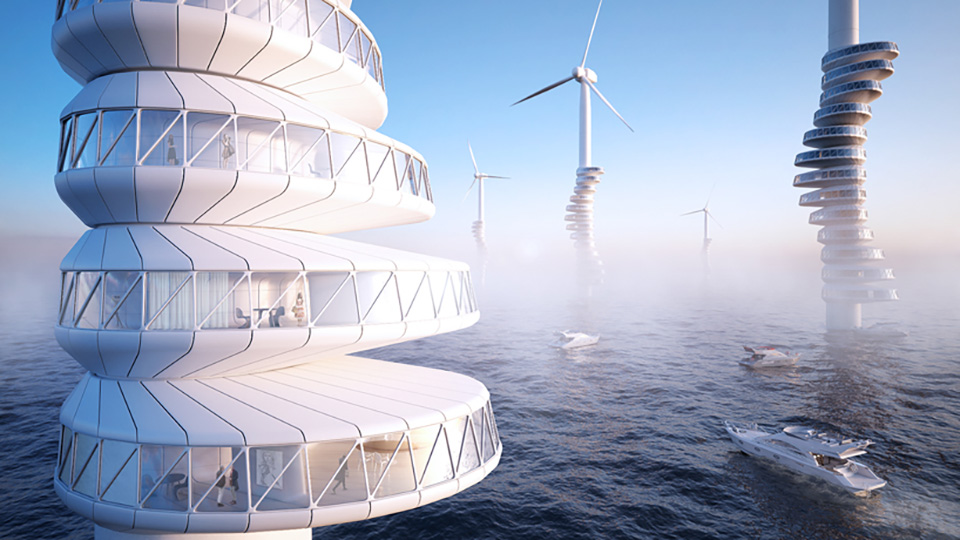 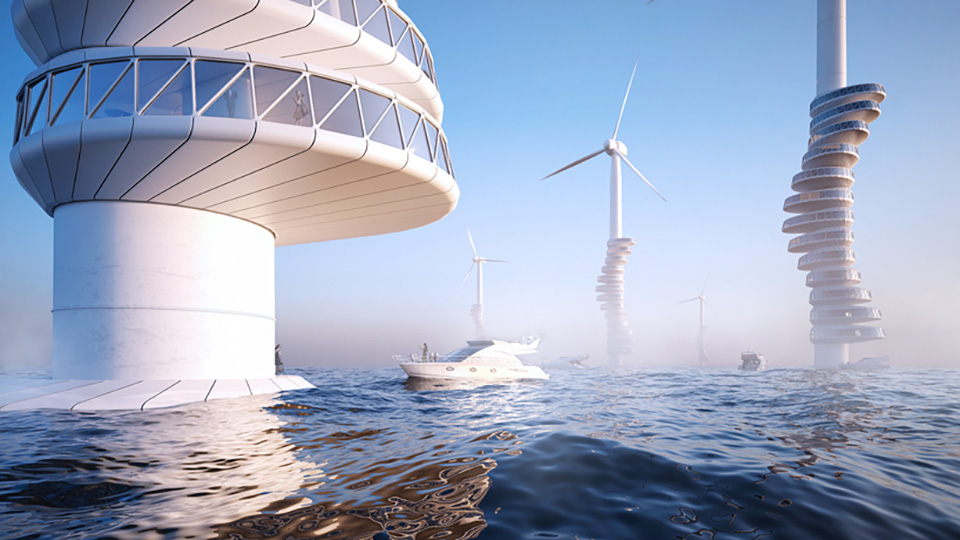 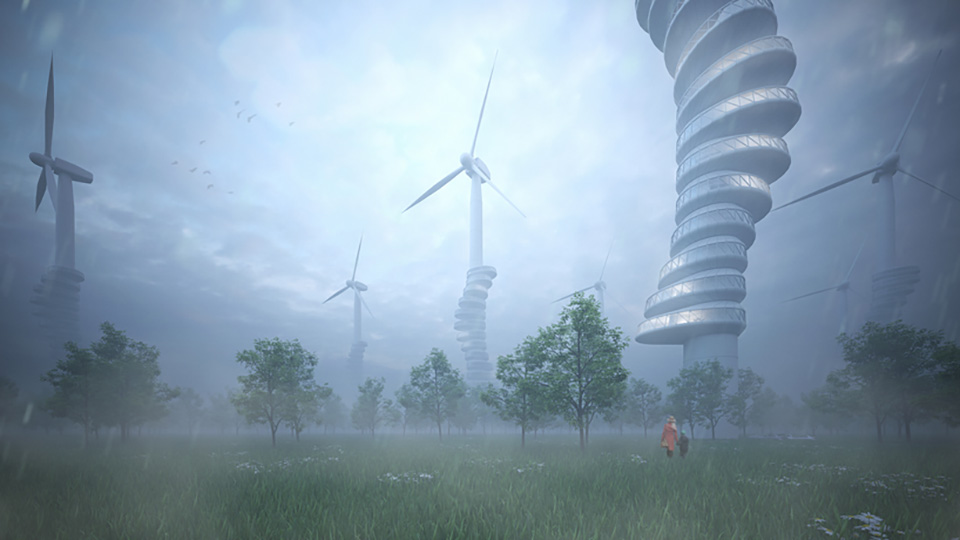 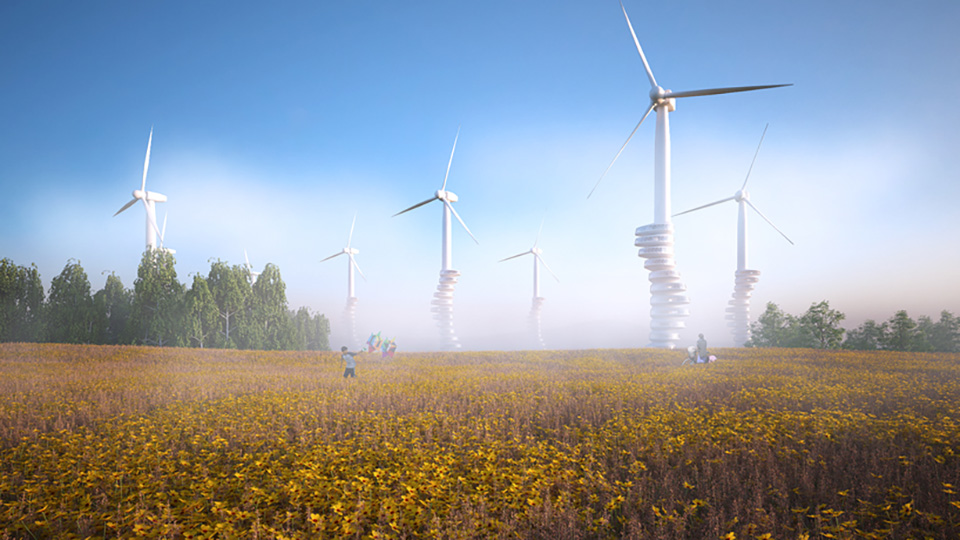 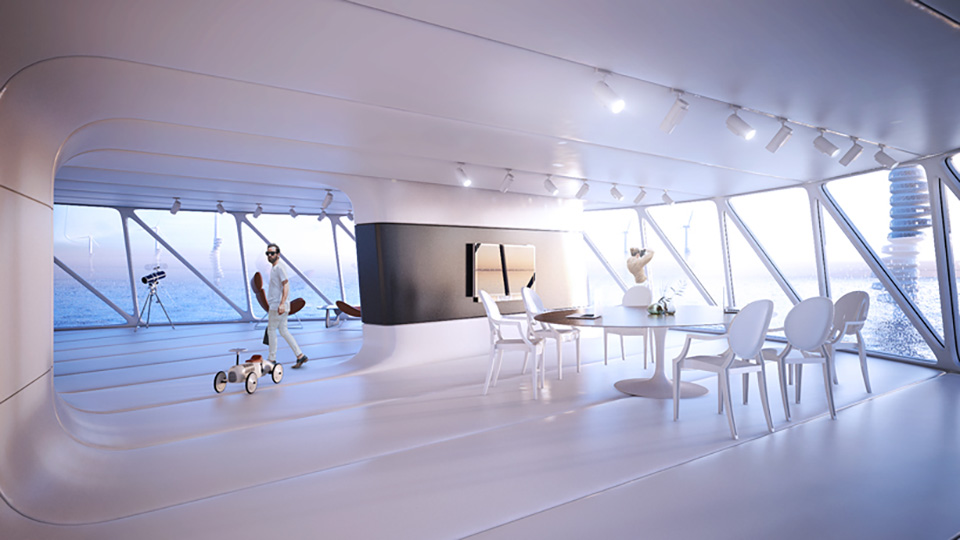 Wind power has seen explosive growth in this young century. Fifteen years ago, the average commercial-scale wind turbine produced 750kw of electricity. Today, the new average produces 10 times the power from a turbine nearly three times as large. It has changed the energy landscape in many states and countries around the world, and it is a technology still in commercial infancy.

An obvious attraction to this “turbine highrise” is the freedom from the conventional power grid. Life in one of these towers wouldn’t require a wired connection to the outside world.

The Wind Pecker turbine residences are a series of twisting contemporary condos built around the frame of a massive wind turbine. An obvious attraction to this “turbine highrise” is the freedom from the conventional power grid. Life in one of these towers wouldn’t require a wired connection to the outside world. Its power needs come from its “rooftop”.

The design by Goetz Schrader is contemporary and imaginative. Schrader has a background in architectural renderings, the rest of which are just as progressive and interesting as this one. The Wind Pecker project continues Schrader’s focus on design futurism, creating something that occupants could be proud to call home.

The downside? Naturally, it could be unsettling living under a massive turbine. The sound and vibrations alone could be trying, especially in high winds. A poorly maintained turbine could also be a death trap. Either way, it’s an idea worthy of some more imagination.

Personally, I’d love to see Goetz Schrader’s Wind Pecker project be used for vertical farming, not residential living. In areas of high wind and plenty of sun, the power and light combo could be used to run vertical aquaponic gardens. One turbine tower could hold ten vertical farming units that raise fish and vegetables in concert. Maybe it’s a thought for the next concept, Mr. Schrader? 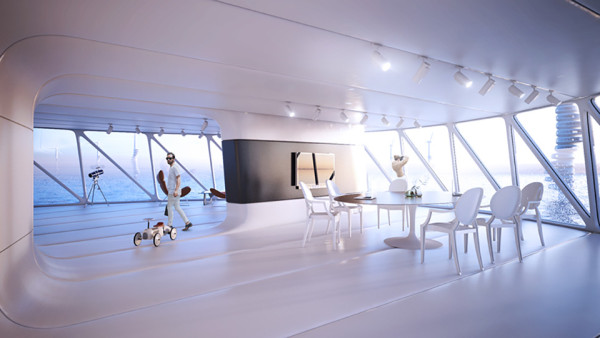 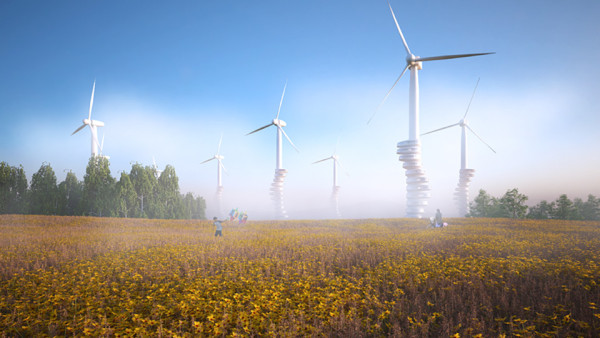 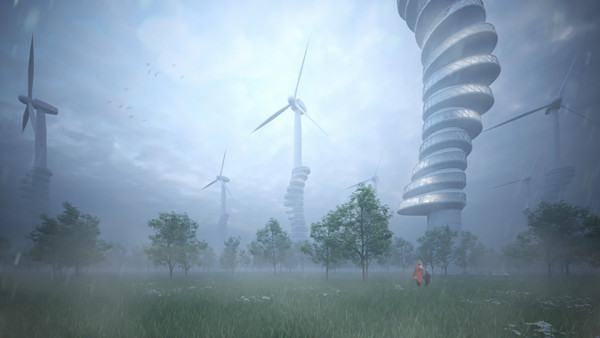 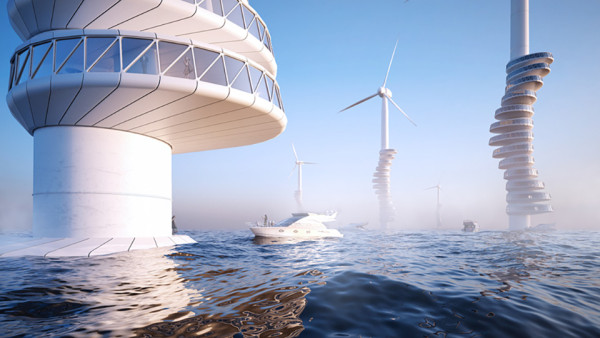