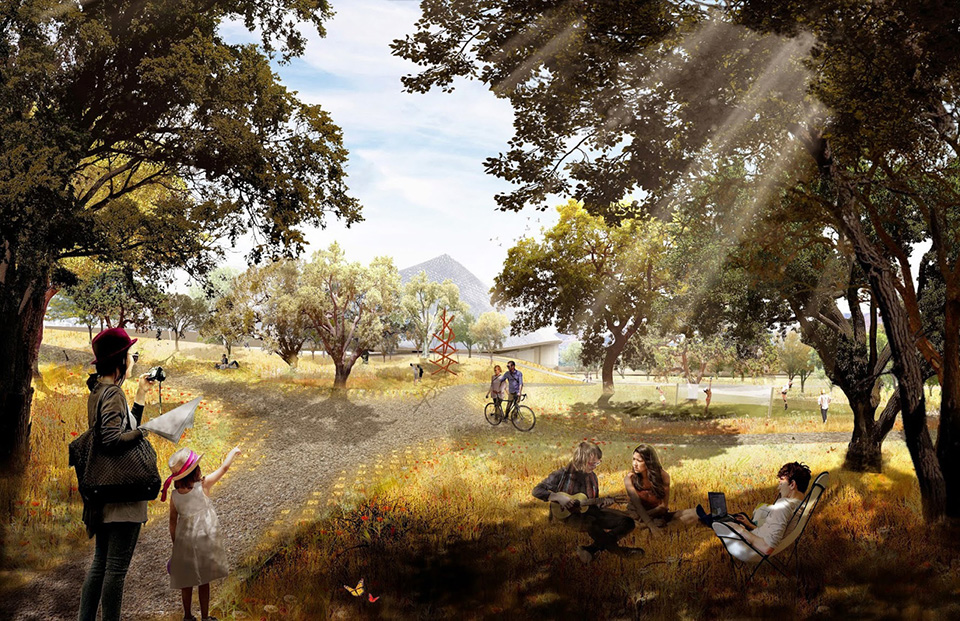 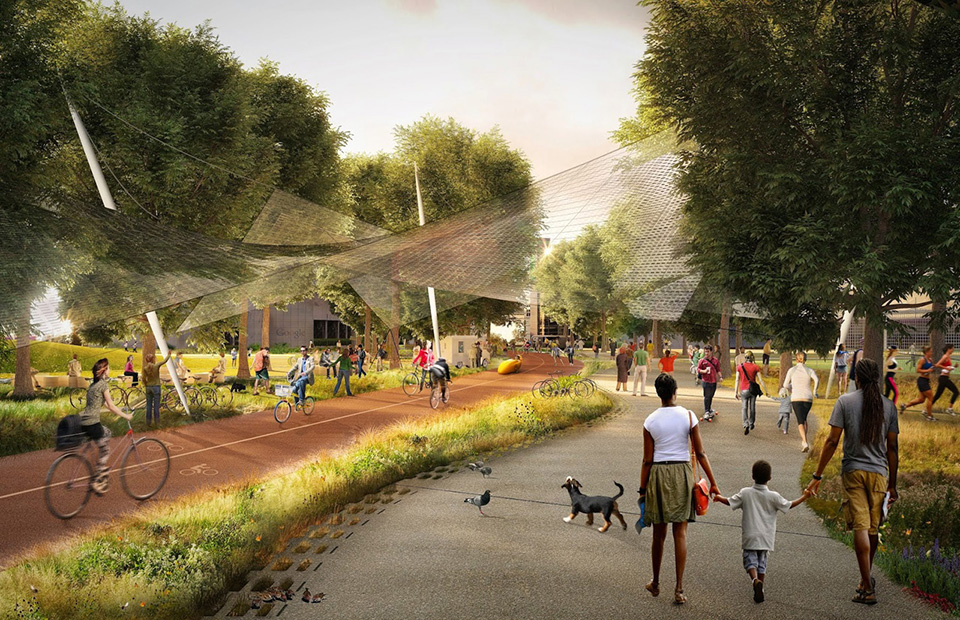 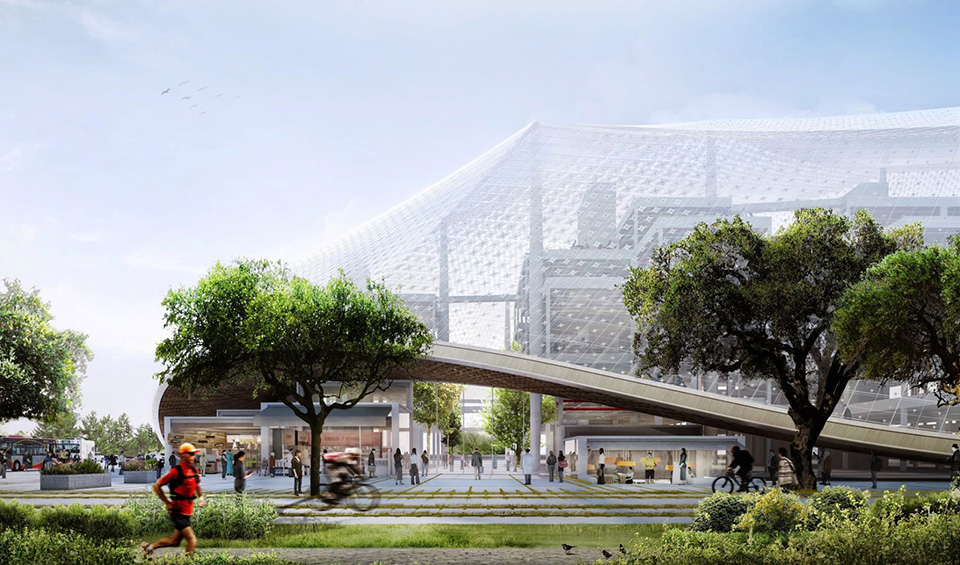 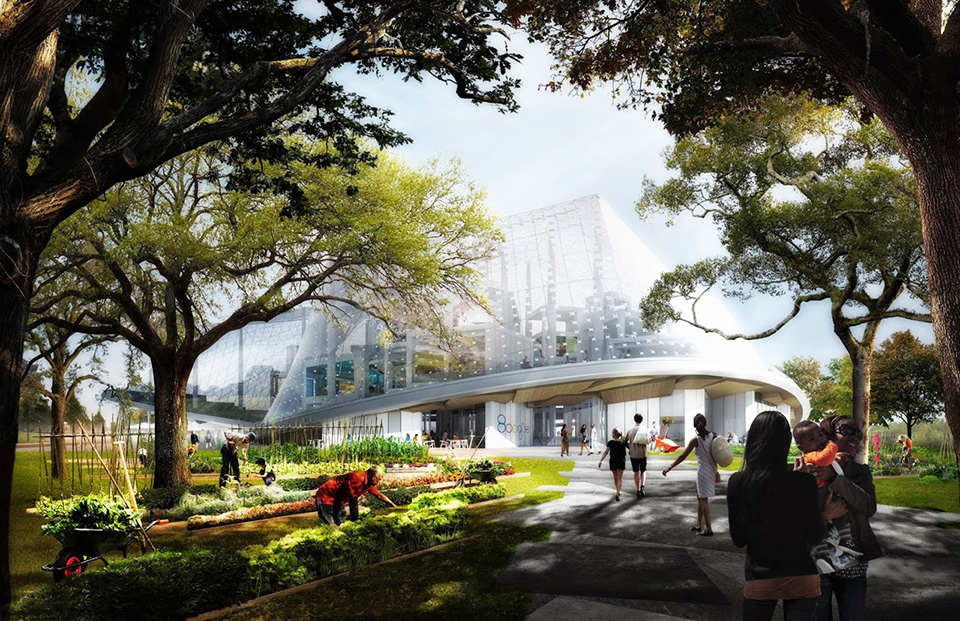 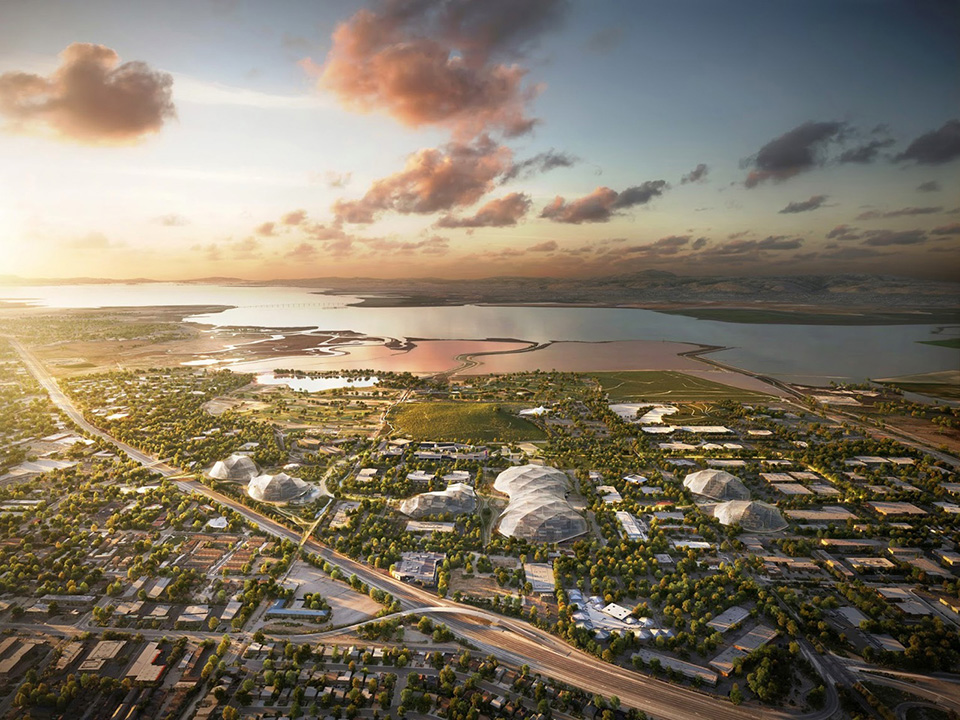 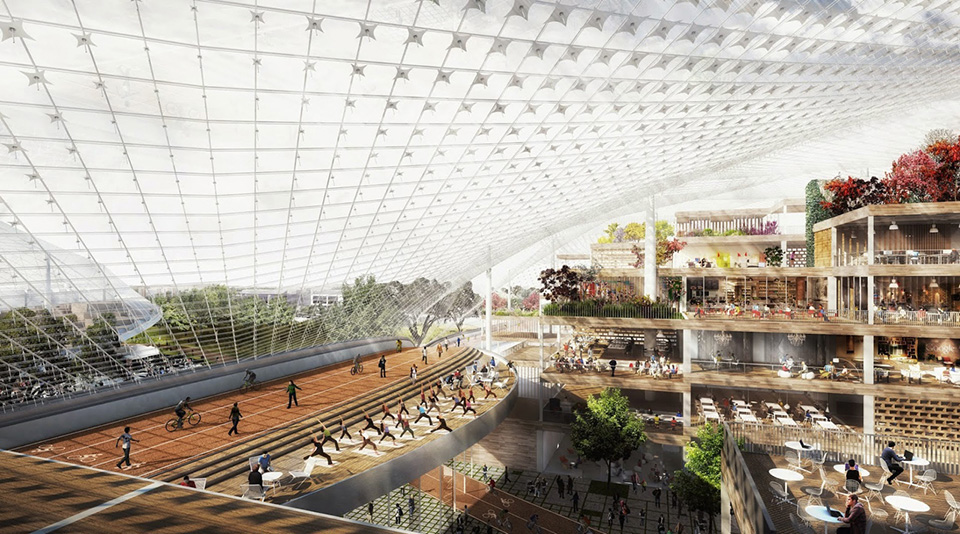 Two of the world’s greatest working architects have teamed up to design the campus of the future for Google, Inc. The North Bayshore campus proposal is a massive complex of open air structures to be built under a large transparent skin. It’s a city under shining cloud, a fitting home for the world’s leading search giant.

The new Google headquarters at the North Bayshore campus is a collaborative design project by Thomas Heatherwick and Bjarke Ingels. Heatherwick’s most celebrated recent works include the Seed Cathedral of Shanghai Expo 2010, plus the new Bombay Sapphire distillery in England. Bjarke Ingels, a Copenhagen native, designed Denmark’s offering at the same Shanghai Expo plus countless other celebrated works in this decade and the last. We included his Mountain Dwellings as one of the 10 most important works of community architecture back in 2010. Together, this duo brings unparalleled creative firepower to the new Google HQ project, one that should match previous marriages of tech companies and starchitects in the past.

Ingels and Heatherwick aren’t the first starchitects to design such a headquarters building for a tech giant. Norman Foster of Foster and Partners is behind Apple’s Infinite Loop Campus 2, and Frank Gehry penned the Facebook HQ. Compared to these other headquarters projects, Google’s North Bayshore campus is another beast entirely. It is as much a master plan as it is a building design, a city of myriad parts coming together in a grand design.

From above, the building has a Biodome appearance, a series of transparent domes with buildings underneath. The skin itself will be a massive architectural undertaking, requiring great precision and forethought to construct something that will stand the test of time (and the elements). The promise of life inside this superstructure is one of constant climatic beauty. No rain shall befall the patios and pathways of this open city.

“Large translucent canopies will cover each site, controlling the climate inside yet letting in light and air. With trees, landscaping, cafes, and bike paths weaving through these structures, we aim to blur the distinction between our buildings and nature.”

Google’s new headquarters will continue to take shape as versions of the design are refined and planned for construction. This will be a project of great magnitude, not unlike the structure that Apple will build for its new Infinite Loop Campus 2. Fortunately, it is in great hands — Heatherwick and Ingels are in line to produce something truly special in Mountain View. 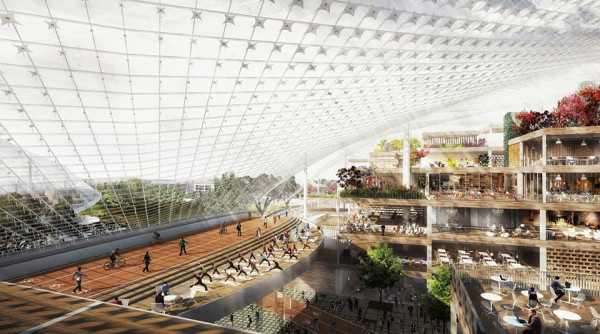 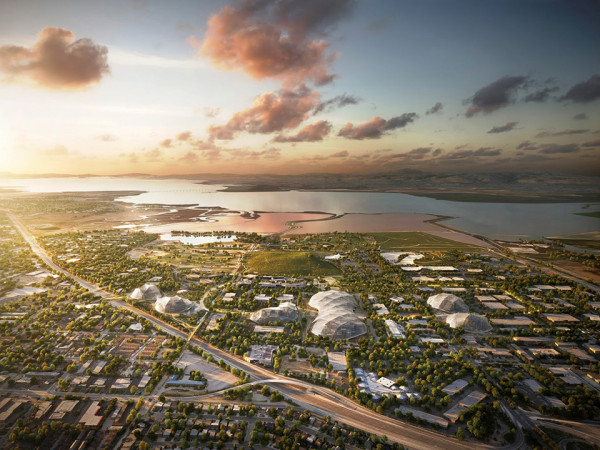 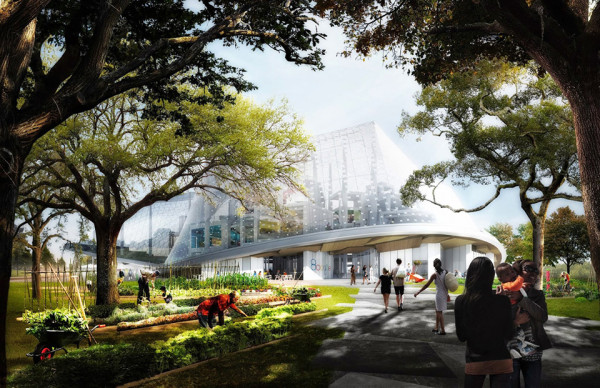