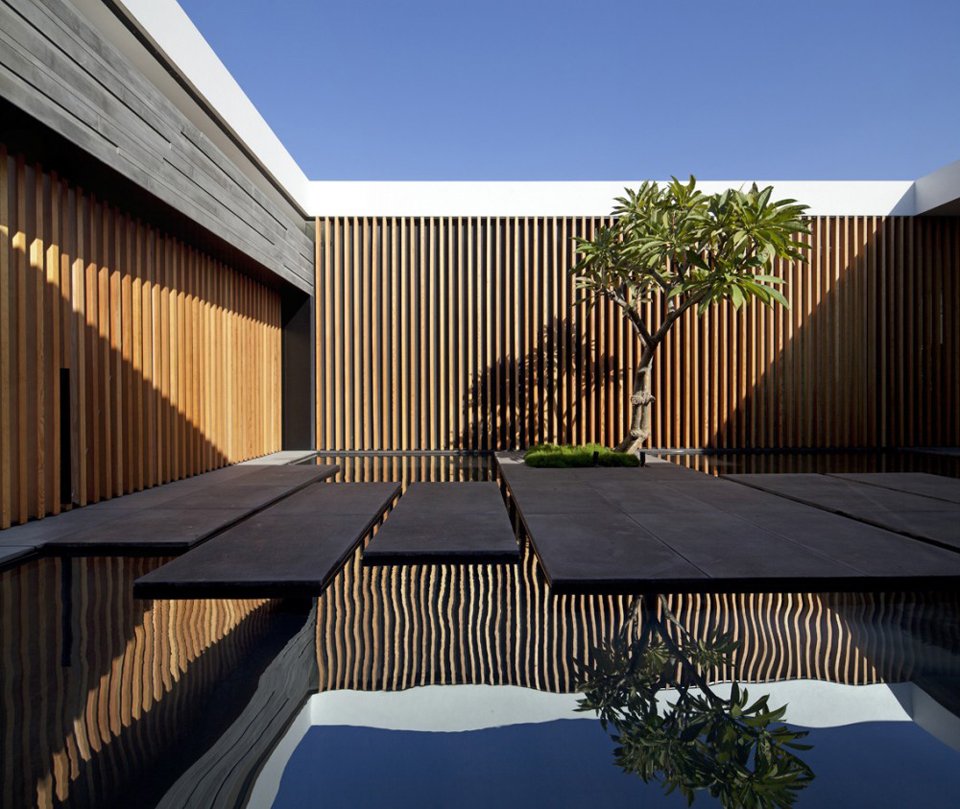 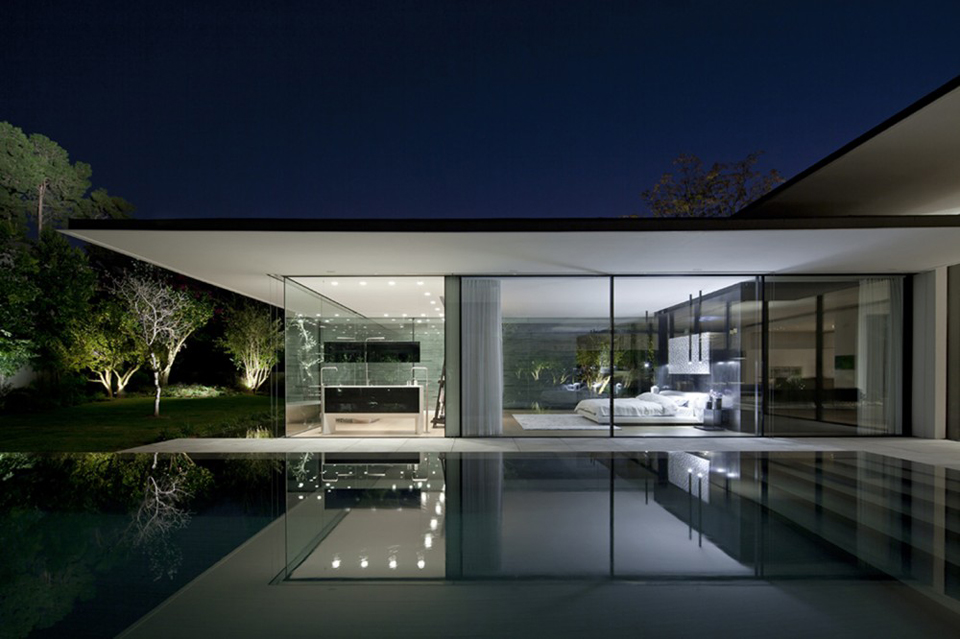 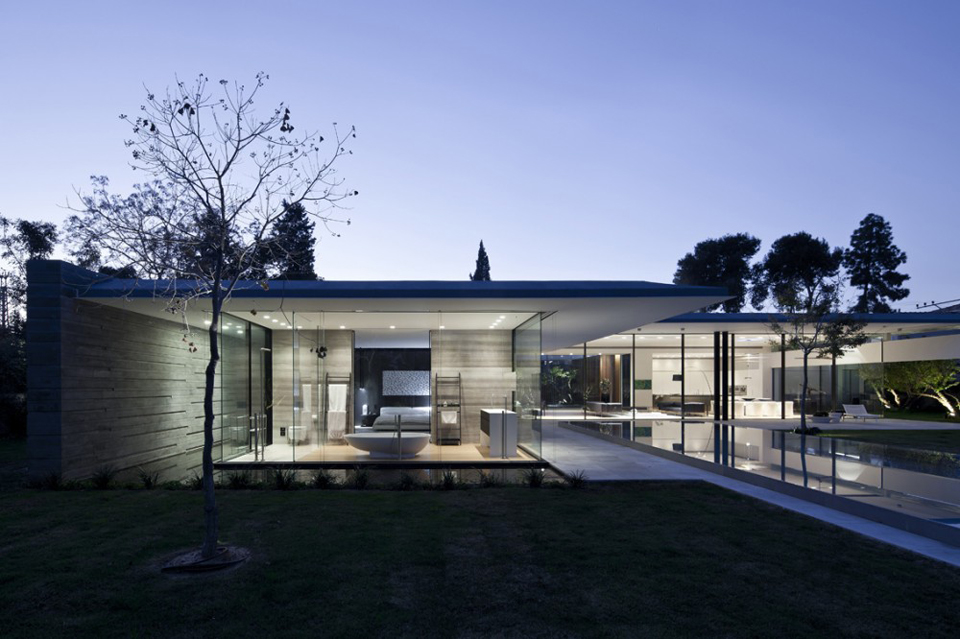 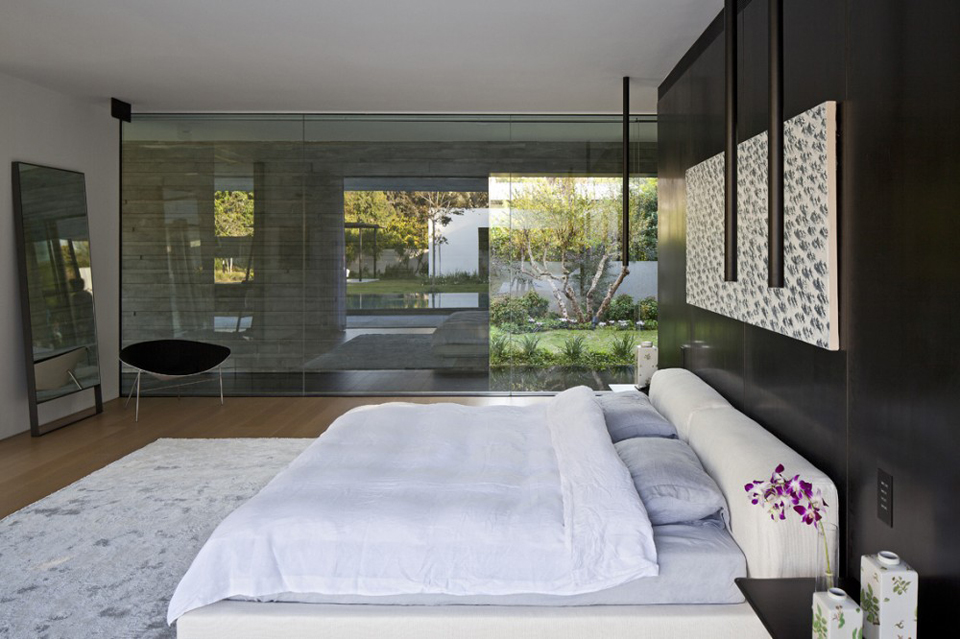 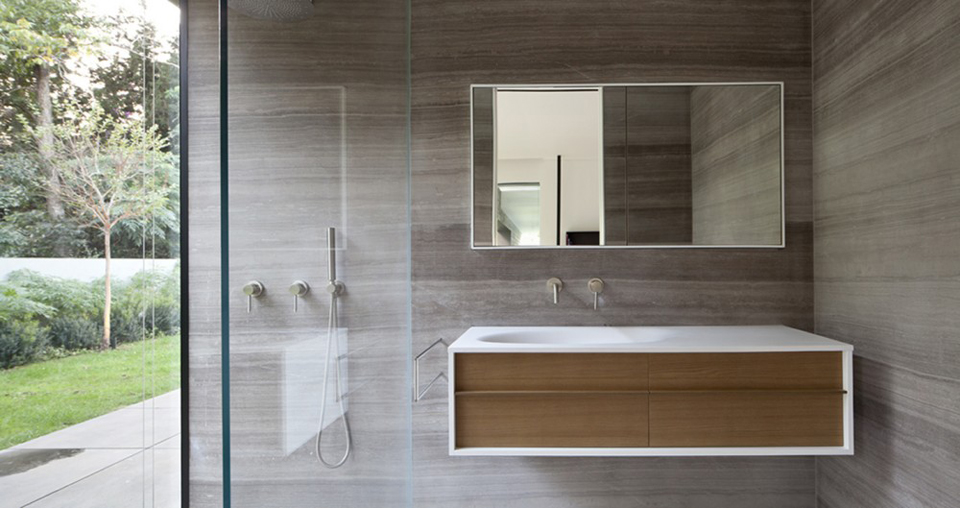 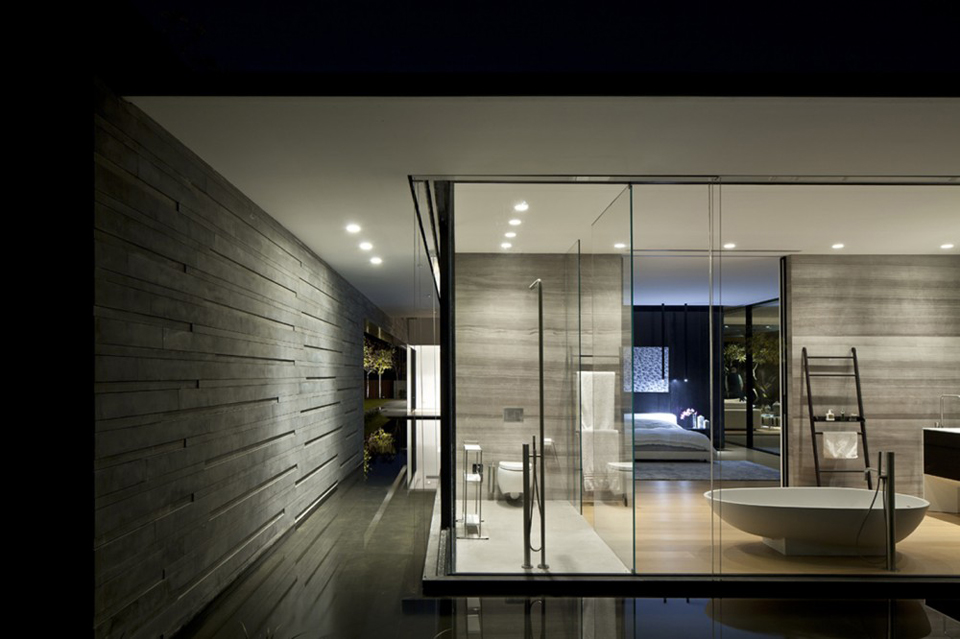 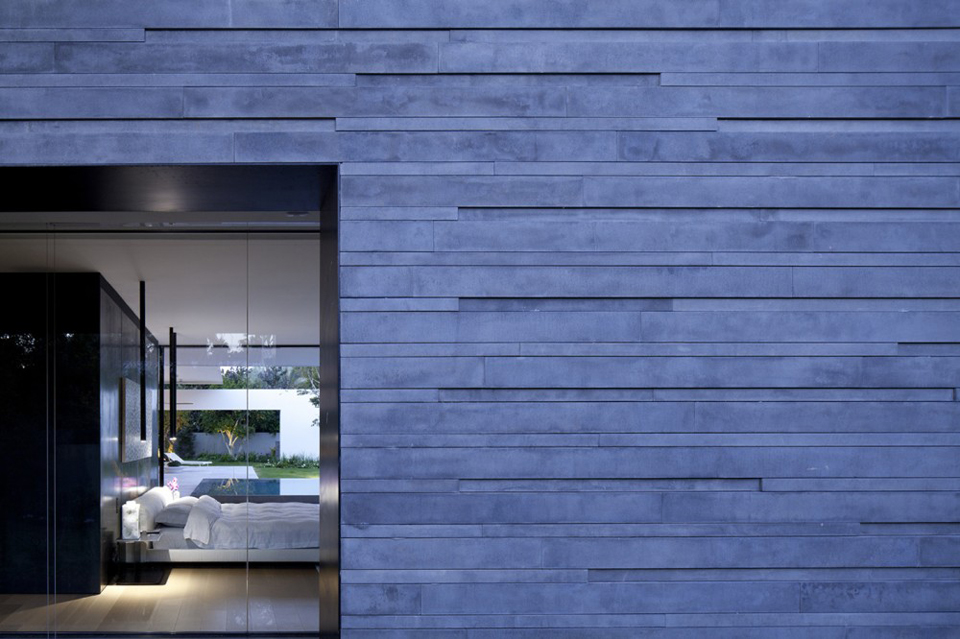 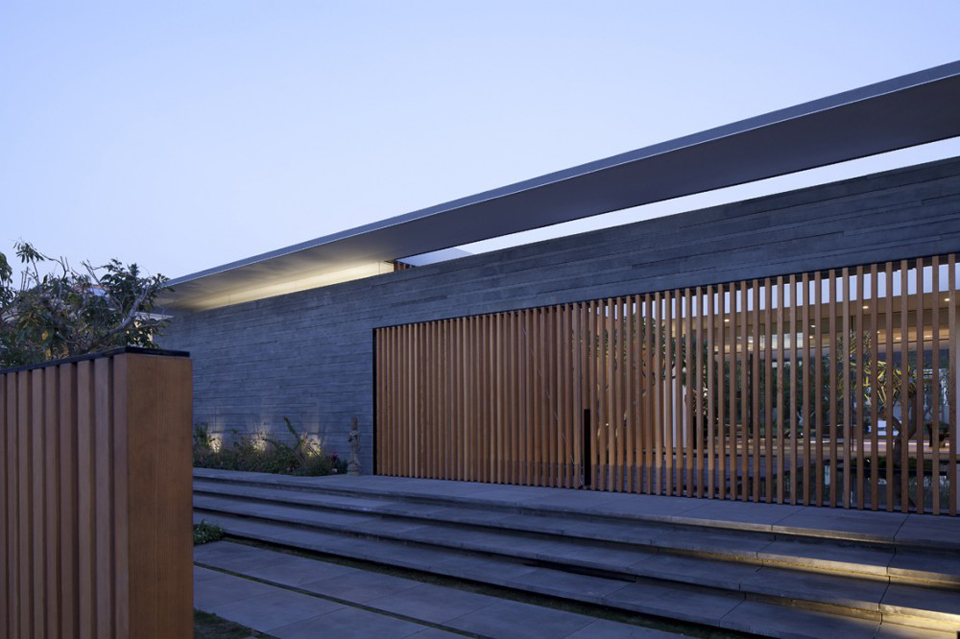 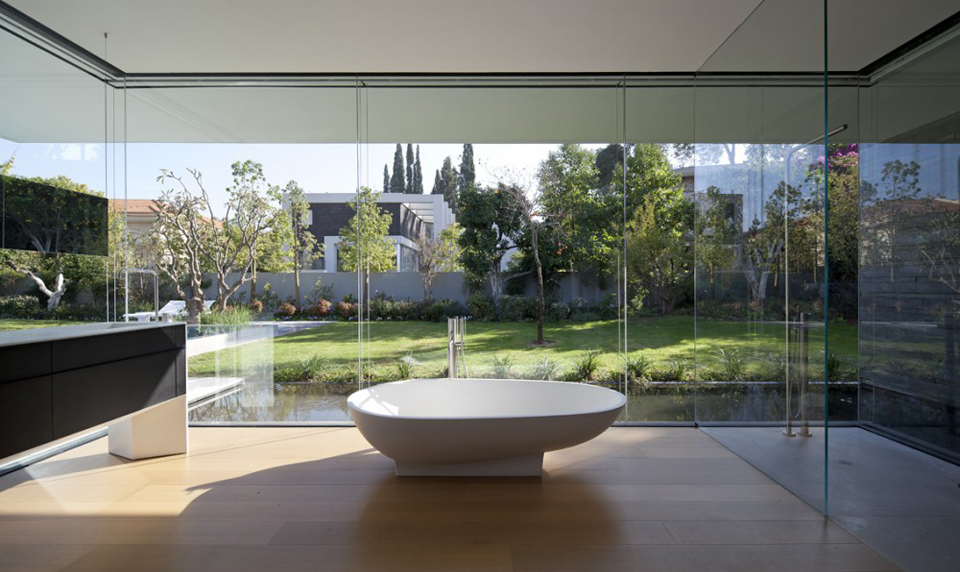 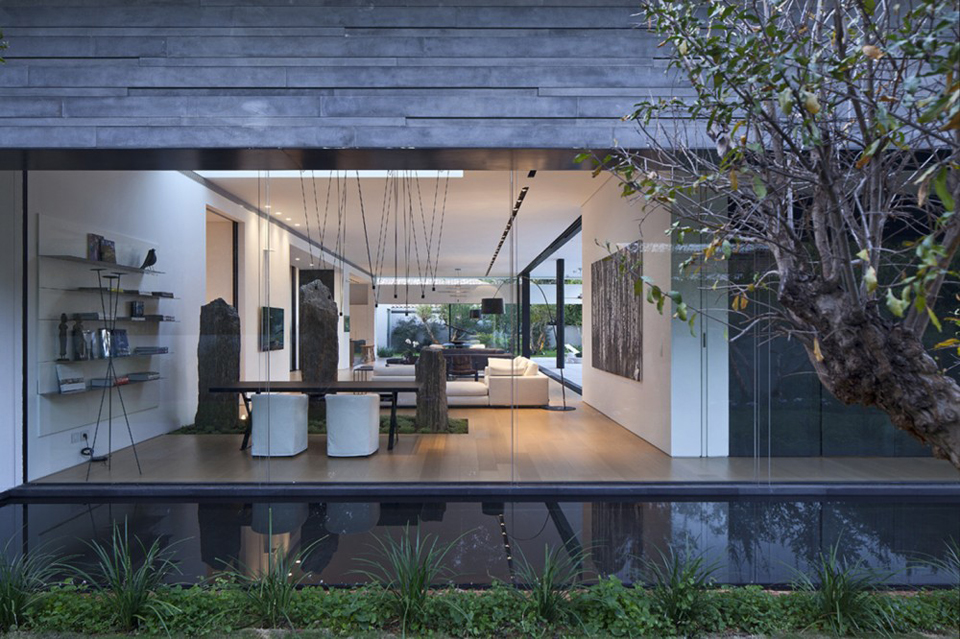 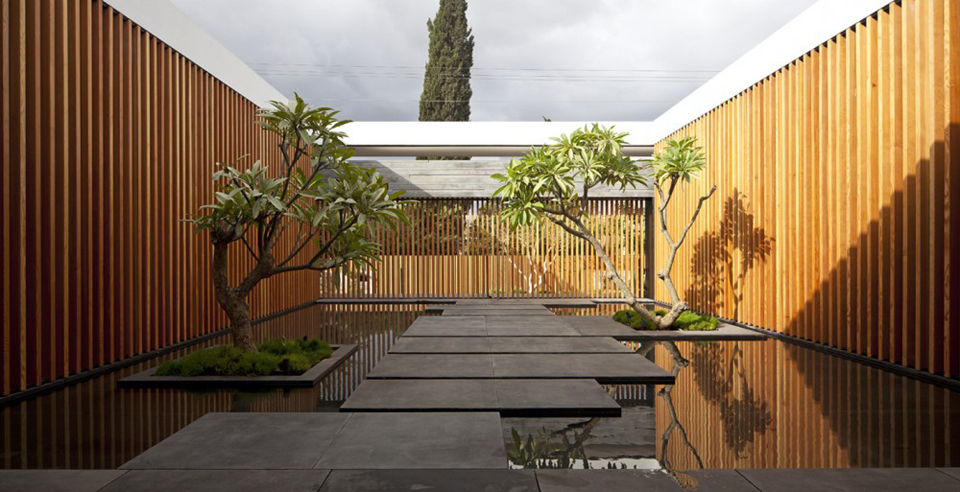 Float House by Pitsou Kedem Architects is a residential property in the heart of Israel that appears to defy the laws of physics. Seamless transitions from external reflective pools to elaborate internal courtyards give the impression that the property is floating in midair. In addition to levitation, the house is also a shapeshifter thanks to movable partitions that make it possible to redefine the function of various rooms based on the owner’s desire.

Various rooms and internal courtyards within the house are joined together by two, ultra-thin roofs supported at one central point, which creates a floating effect. Constructed from lightweight materials, the roof takes on a thin and wispy appearance at its edges, which also help to enhance the effect. Even though many areas of the house are covered, one of the central themes throughout is that there is no way to define whether a room is inside or outside. Even the entrance, which is framed with a wall of wooden slats, does not create a clear divide between the two.

The key feature of the house, and that which inspired its name, are the many reflective pools that help to create Float House’s characteristic optical illusion. A transparent pool in the entrance lobby reflects the main structure, while large basalt rocks and trees appear to “float” in the water. A long, narrow reflection pool that follows the structure’s walls, along with a ribbon window along the building’s facades that emphasizes the floating roof and offsets the mass of the building, help to complete this impressive magic trick. [architect: pitsou kedem architecture] [photography: Amit Geron] [hat tip: trendland] 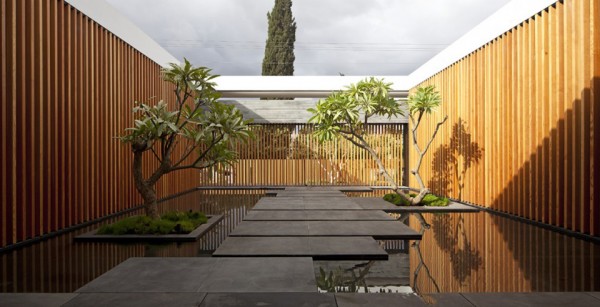 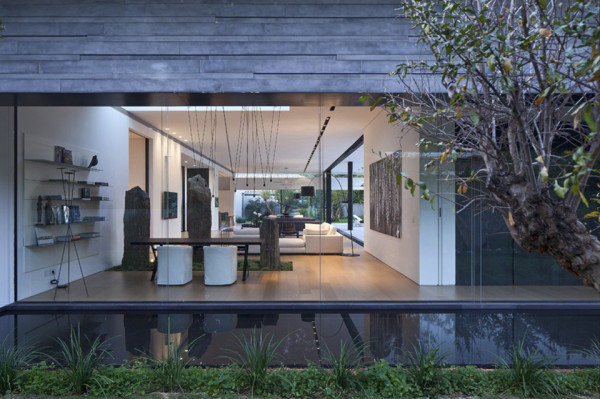 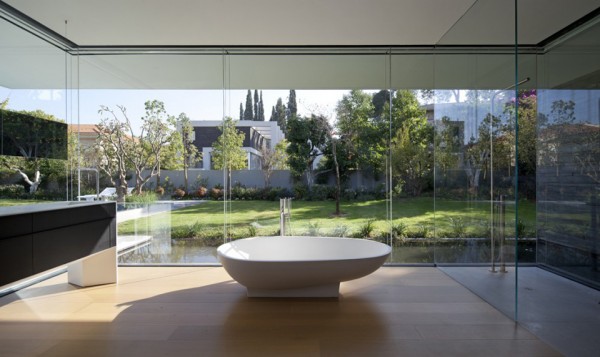 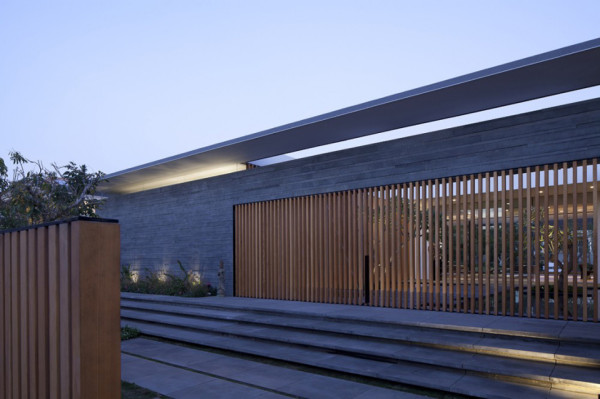 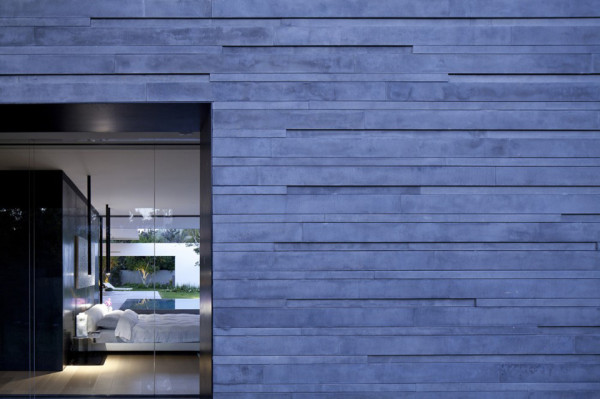 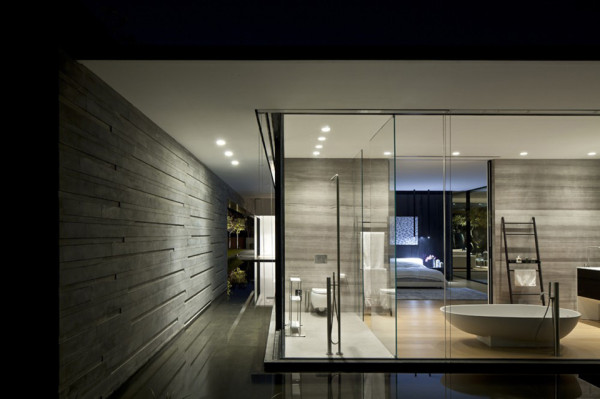