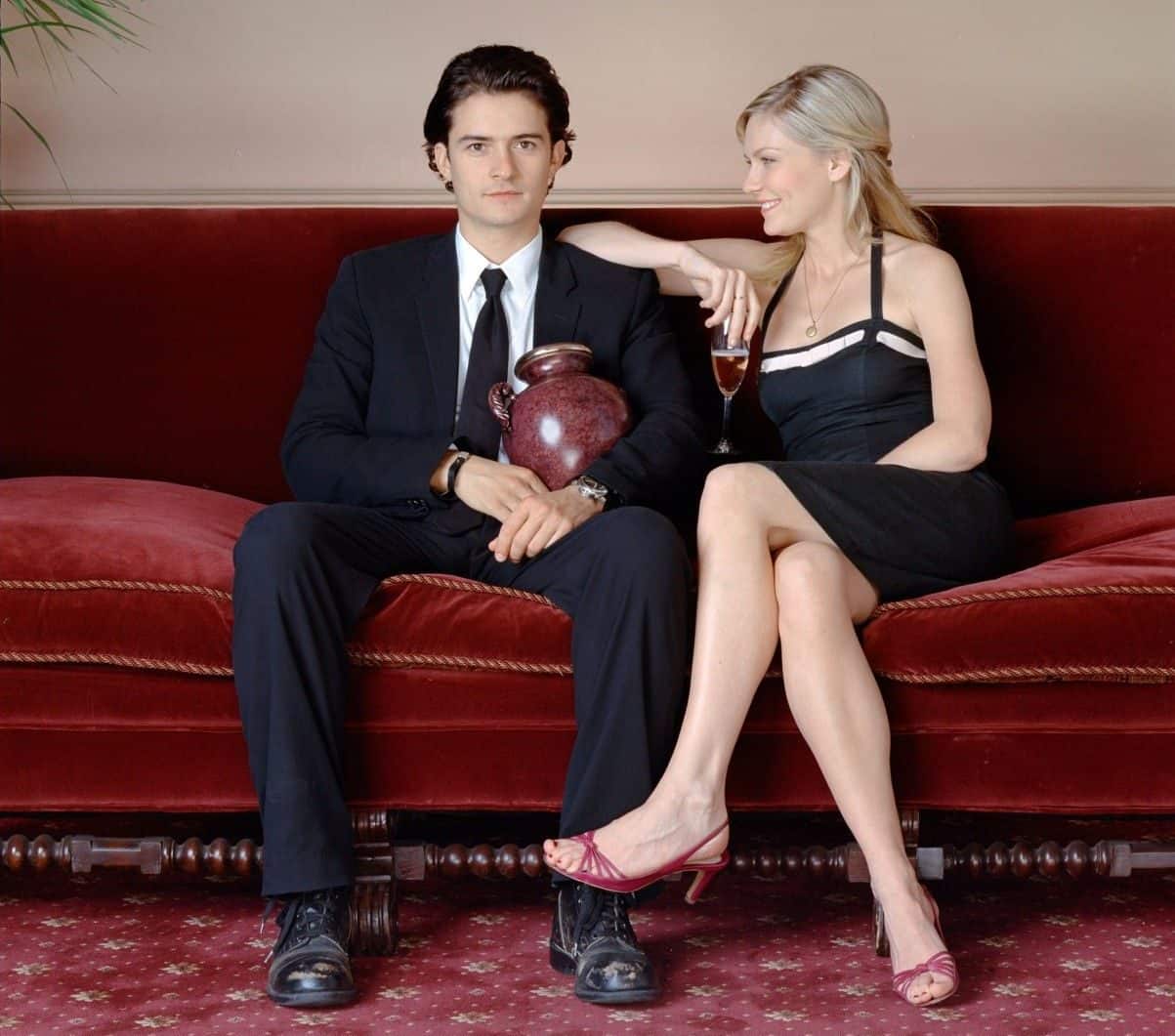 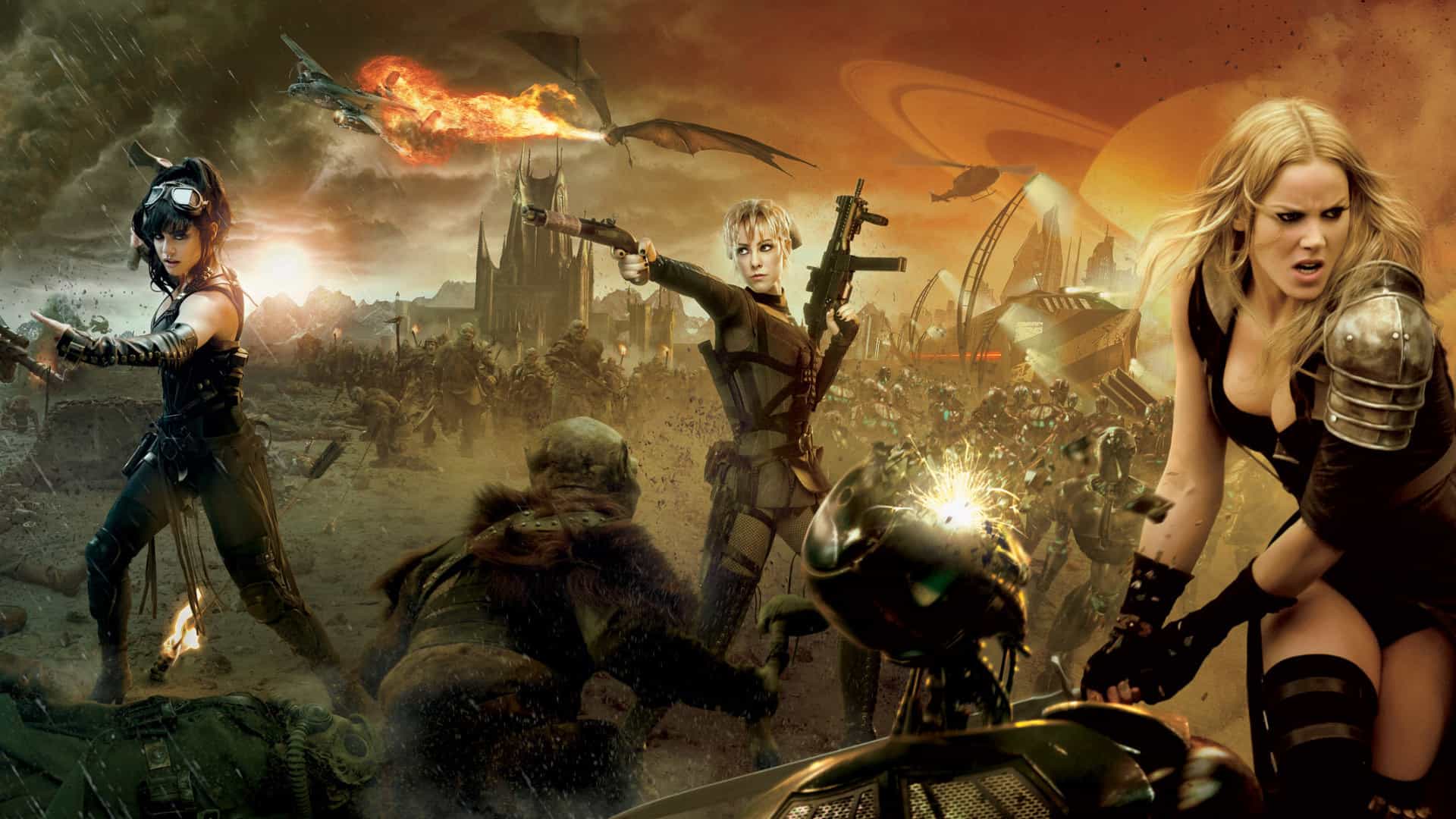 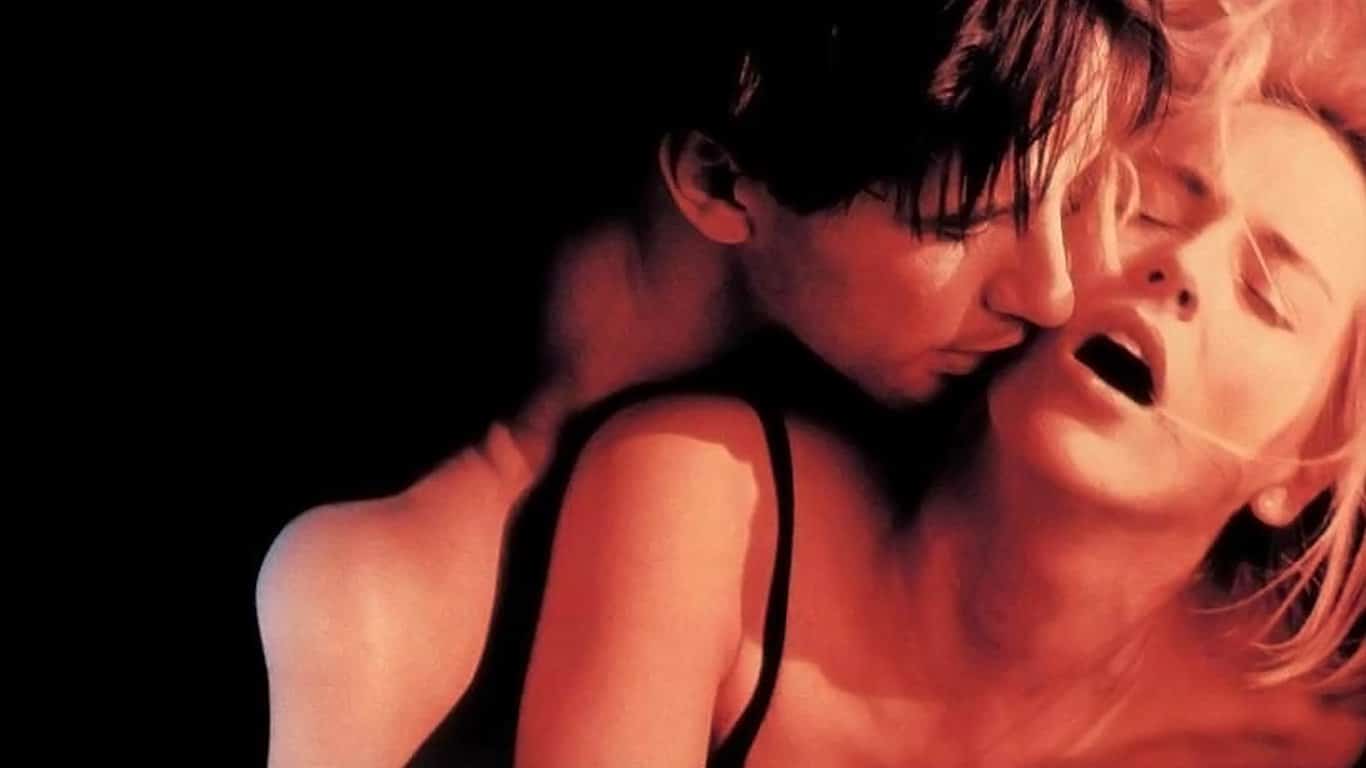 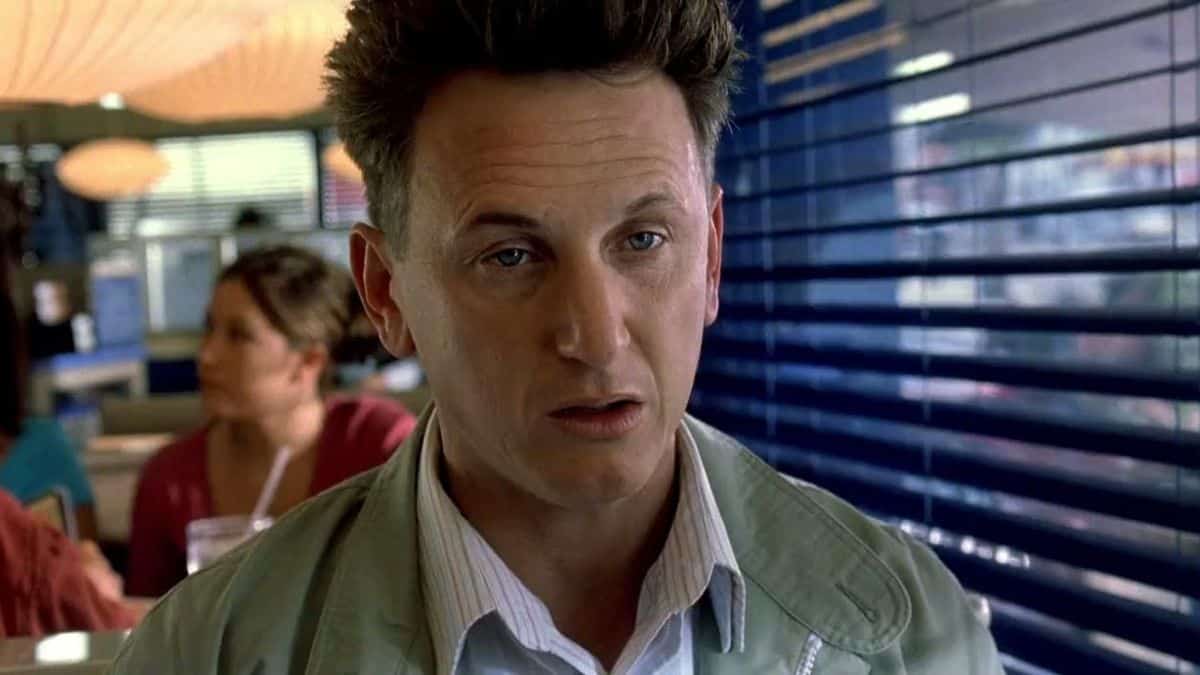 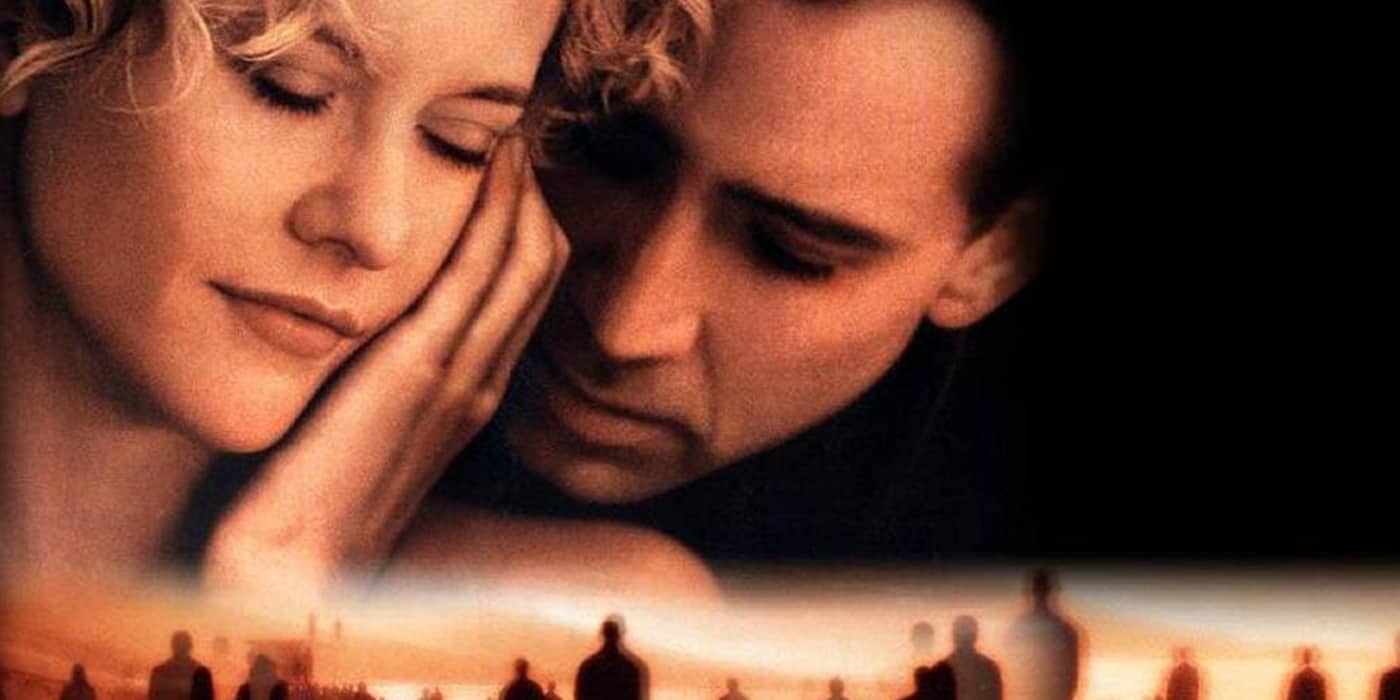 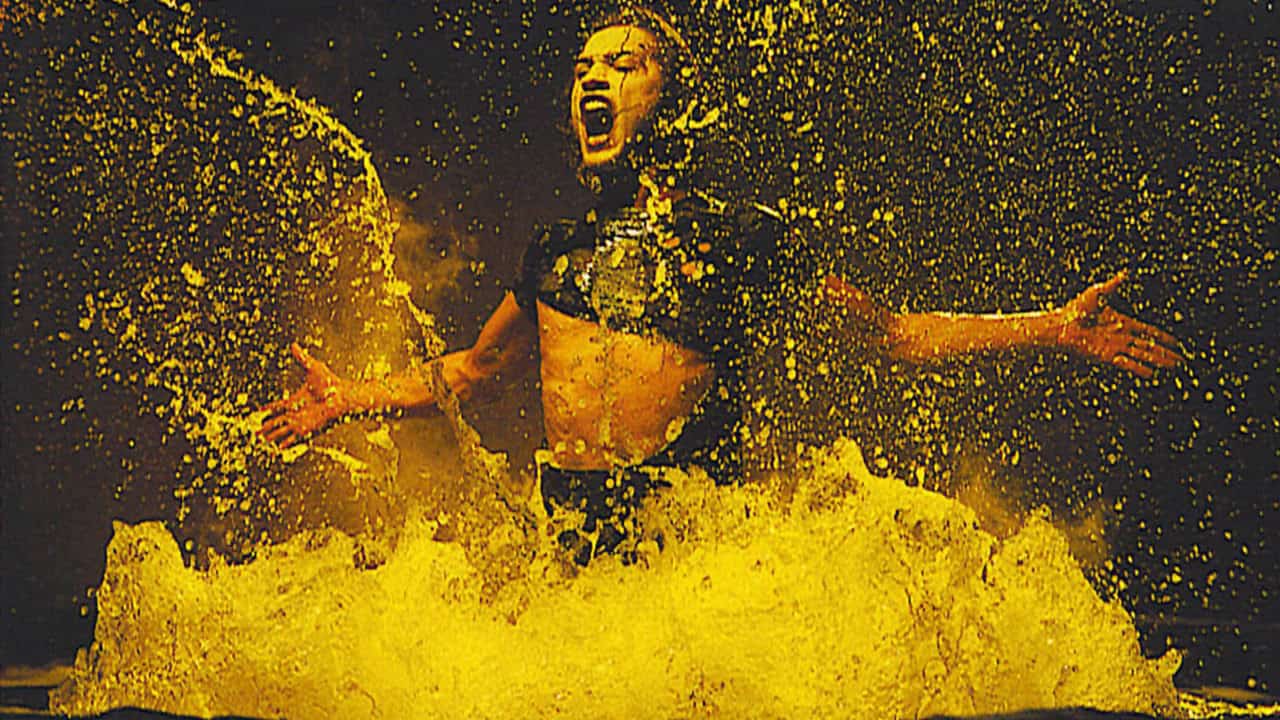 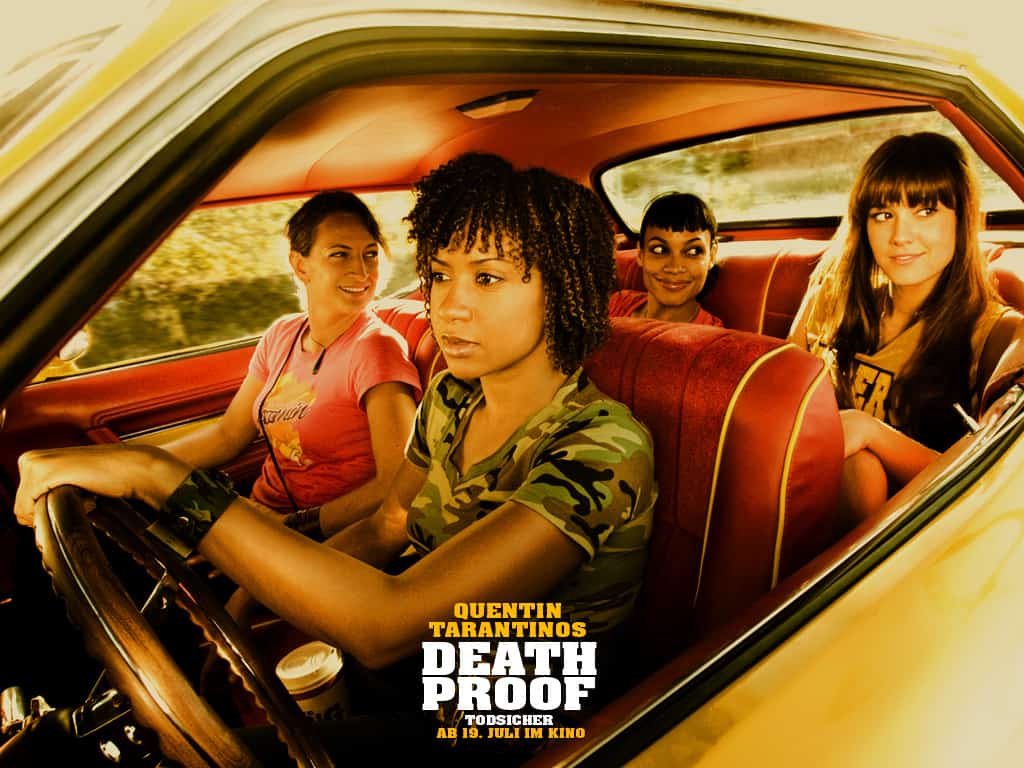 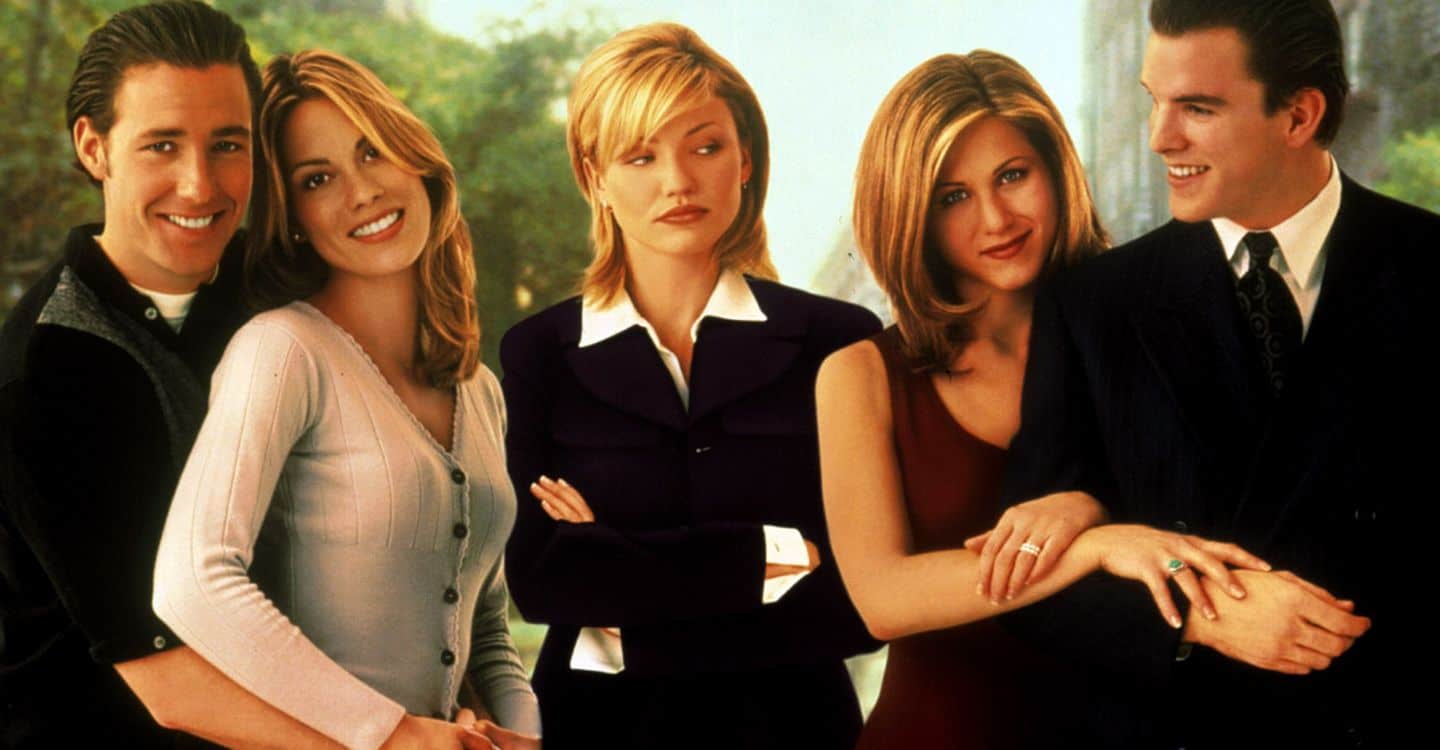 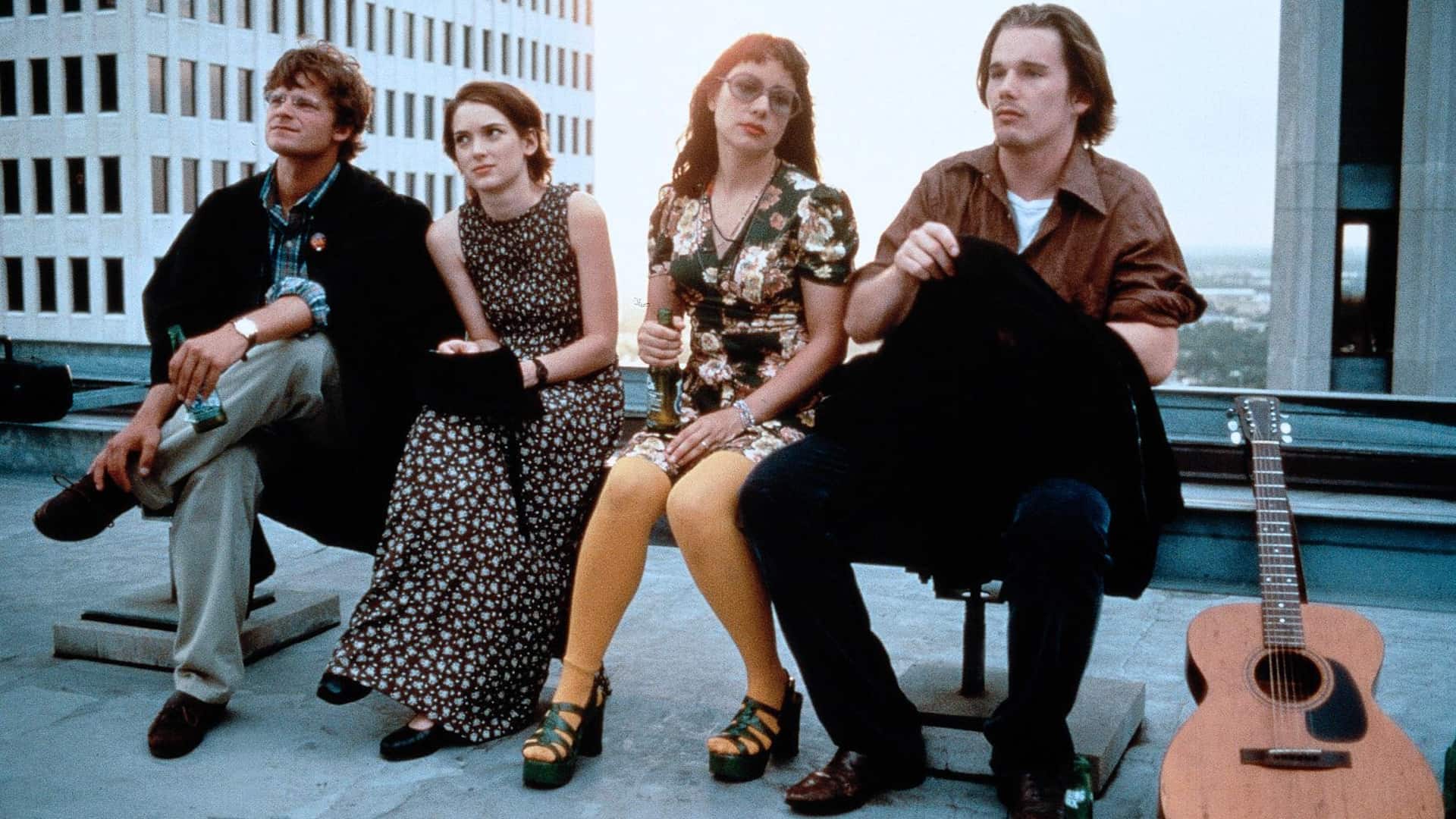 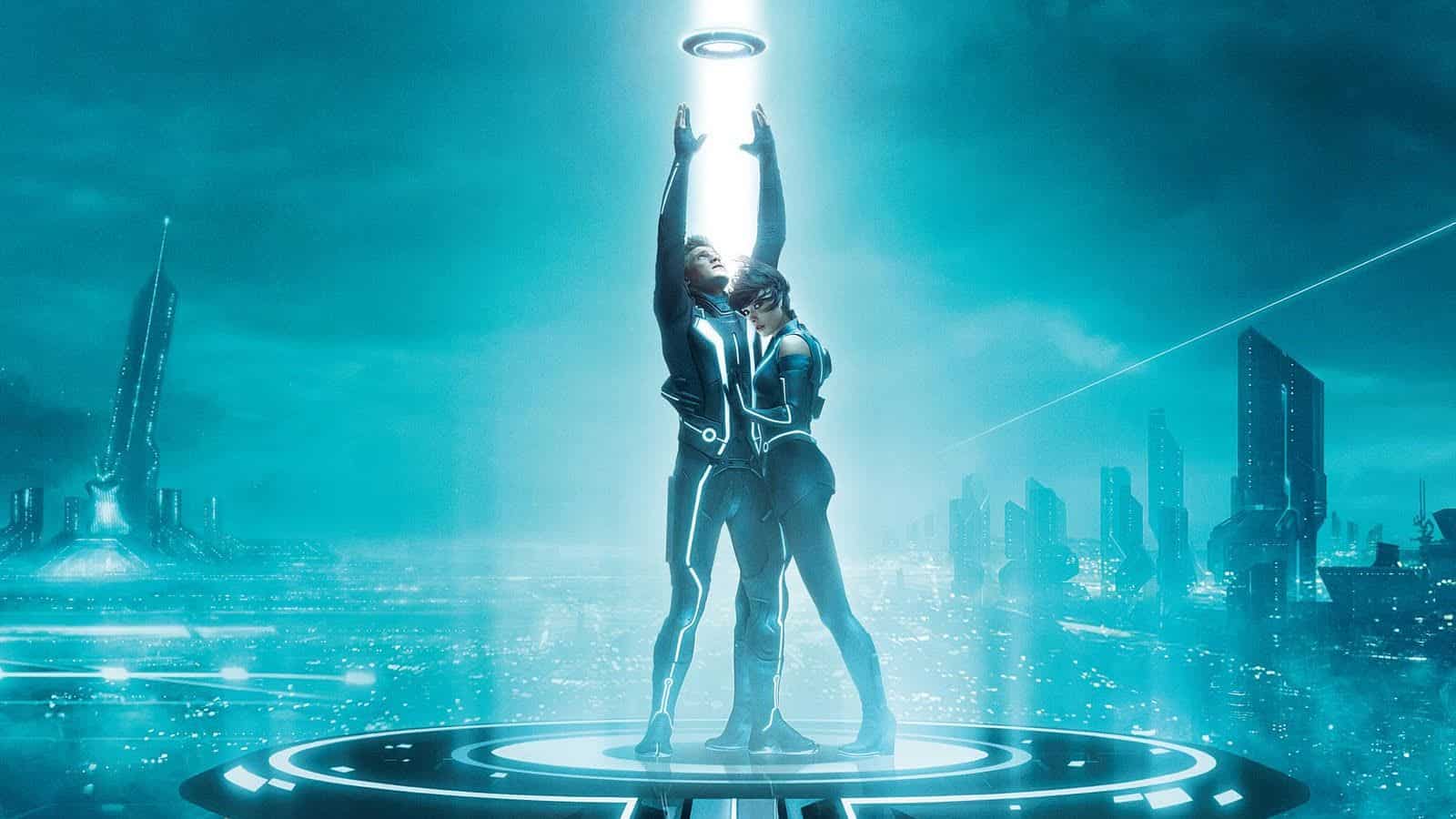 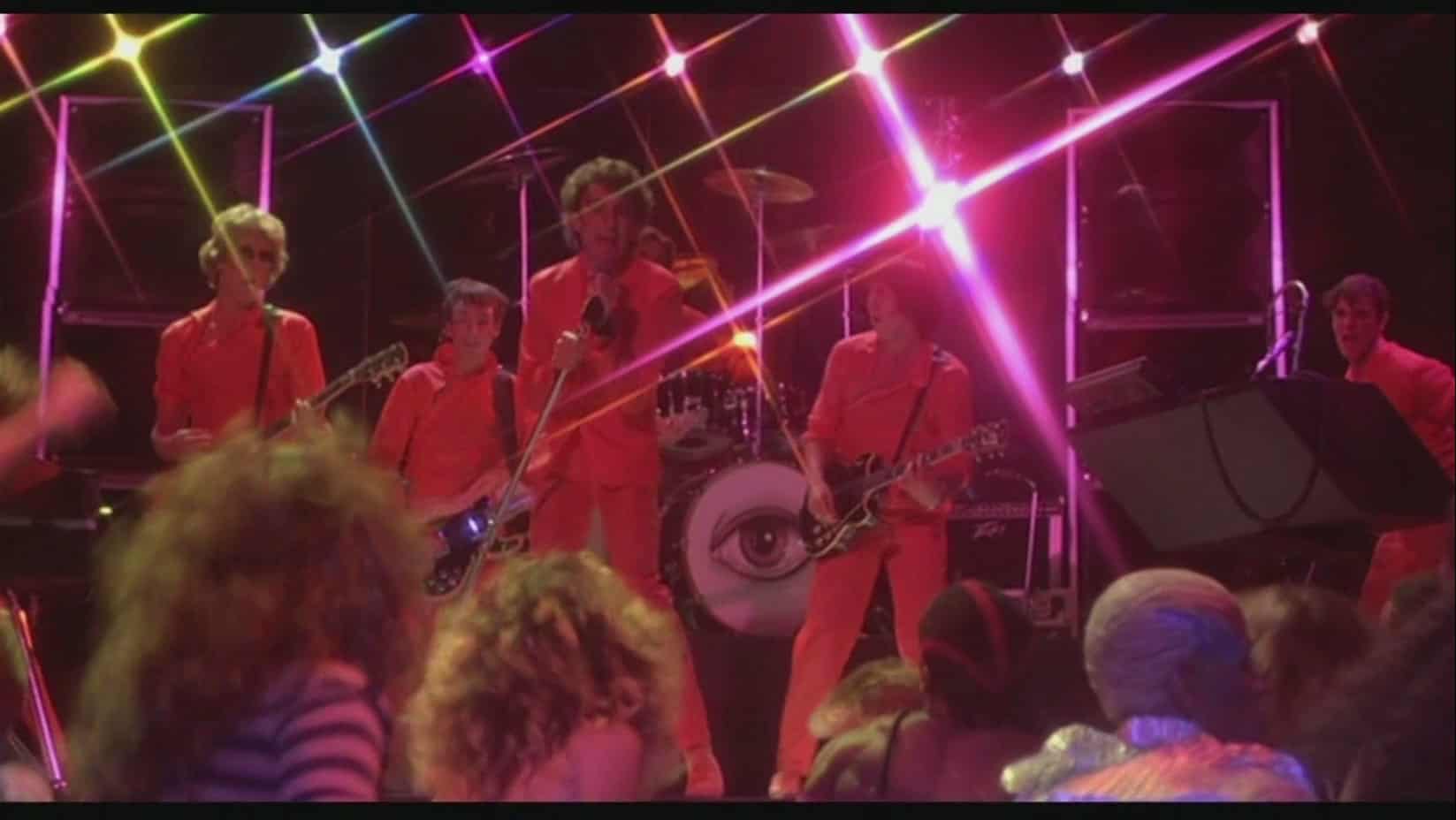 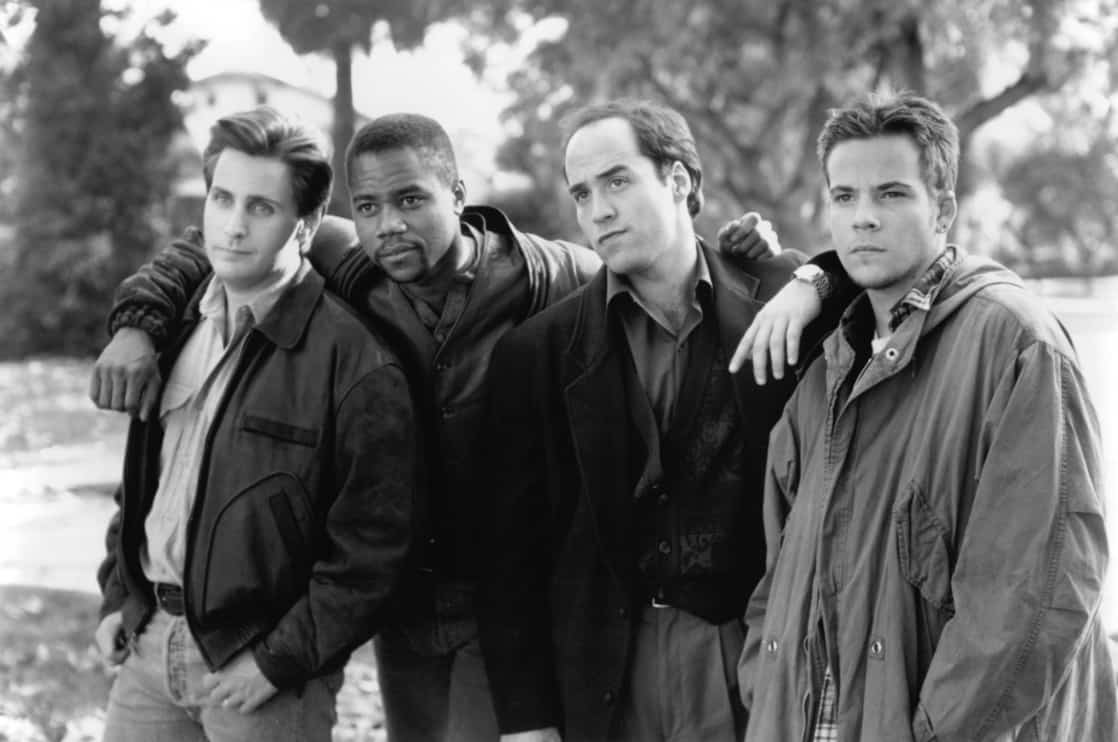 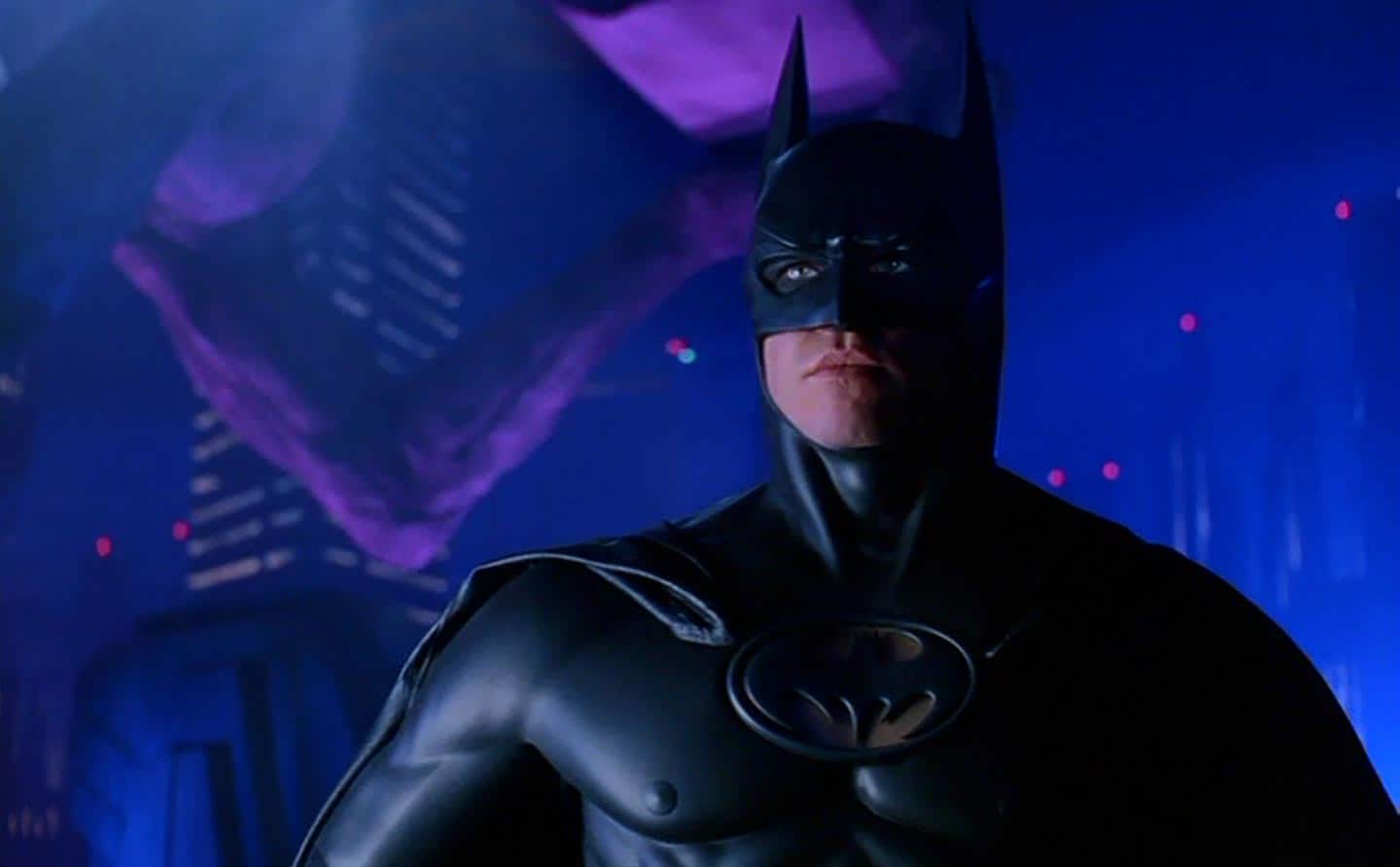 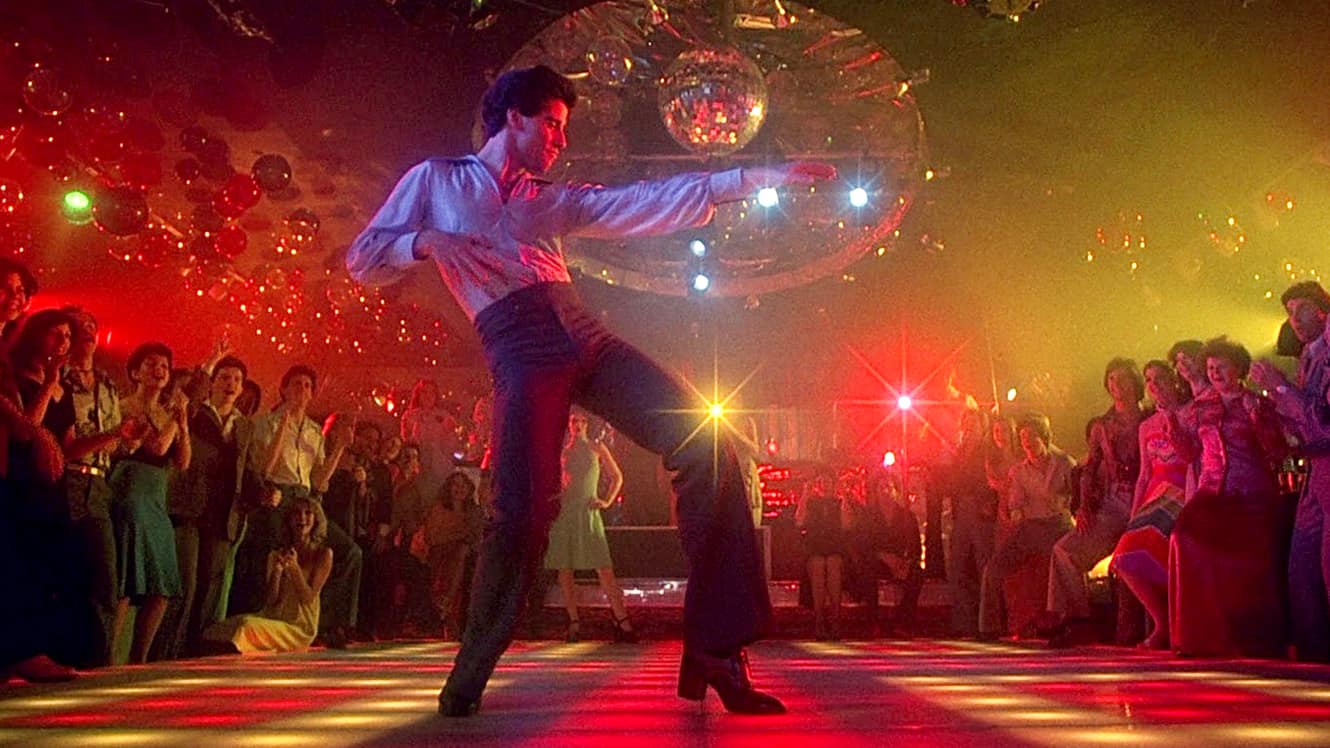 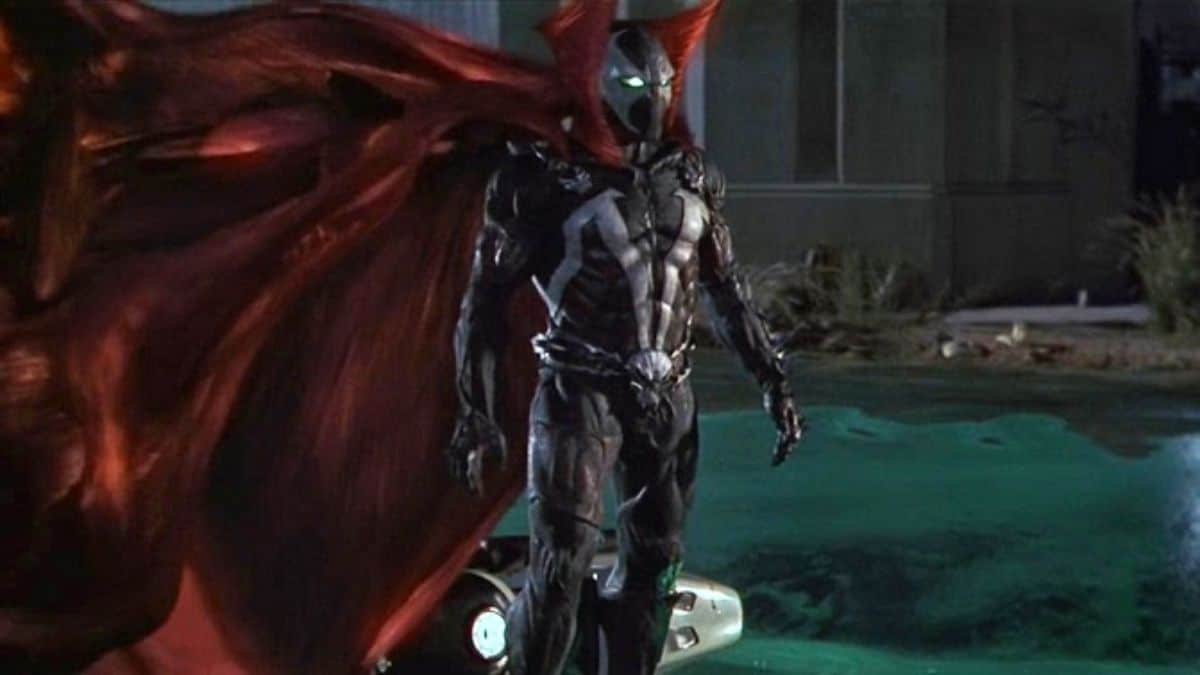 In a movie with no redeeming qualities, you not only notice the soundtrack, sound mixing, and sound design, but it nauseates you. In a great movie, you often won’t even notice the seamless sounds woven into the background, the swelling orchestra, and the mood-setting melodies that are littered throughout. Then you have the movies on this list, which are dreadful to watch, with substandard performances, meandering plot full of nonsensical holes, weak direction, and dialog so trite it makes web writers seem like the heroes they are; but through all that, they have some slamming, moody, smashing, funky soundtracks that are an aural pleasure that at least gilds these toxic lilies. Here’s the best bad movies with great soundtracks.

Since the entire rape-happy film was little more than a music video of young women with luminescent skin in steampunk schoolgirl cosplay, it stands to reason that the music needed to be on point. Say what you will about Zach Snyder’s tastes, but the noises he picks were a kitschy, over-the-top-in-the-best-way load of nonsense with modern female vocalists hitting goth-y versions of tunes like “Search and Destroy,” “Tomorrow Never Knows,”  and the infamous “White Rabbit”

One of the few films that literally and manipulatively tries to walk into your face and jerk tears out of you by whatever heavy-handed means necessary, I Am Sam was awful Oscar bait. However, the producers wanted all Beatles songs, which they couldn’t get, so they did cover versions of them all which reinvigorated some tired tunes.

If there’s one Goo Goo Dolls song you know all the words to, it’s almost certainly Iris, which appears here alongside a lot of 90’s lady vocalists, like the indomitable Sarah McLachlan, the long-forgotten Paula Cole, and the once scrappy Alanis before she became insufferable with pics of her jewelry. Peter Gabriel also shows up, which makes everything better.

The Crow: City of Angels

As necessary to a young man’s life as playing Twisted Metal: World Tour on the original PlayStation, Hole’s cover of Fleetwood Mac’s Gold Dust Woman is enough to make you forget the original, while White Zombie’s I’m Your BoogieMan smashes the disco hit by KC and The Sunshine Band. The film, attempting to capitalize on the success of the original Crow is a weird dystopian pile of nonsense.

Self-indulgent in the egocentric extreme, Death Proof was Quentin Tarantino’s addition to the GrindHouse dual feature. It was long, dull, and agonizing, but did stick true to form by grabbing loads of 60’s and 70’s hits that are top-down driving good whether you like the era or not.

If you never saw this Ed Burns, Jennifer Aniston, Leslie Mann, Cameron Diaz mess, you’re not alone, nor are you missing anything. Frankly, the only reason anyone saw it was their love of Tom Petty who did the entire soundtrack, which included the hit Walls which should be heard by everyone.

A miserable movie about unhappy people trying to find themselves, Reality Bites fails for being a dragging, angsty bit of cinema that accomplishes nothing but its own masturbatory gratification. Then there’s the wicked soundtrack that jumps from the bass-funk fun of The Knack’s My Sharona to Stay from Lisa Loeb.

Managing to make fond memories of the old movie fade quickly, and somehow making Olivia Wilde in a body suit a stupid thing to stare at, the legacy certainly died with this film. What was pure art was the robot-headed boys from Daft Punk who handled the entire score, bringing a profoundly dense sense of mechanical indifference and malevolence with their electronic sounds.

While Xanadu gets a lot of flak, and is a broken movie in many ways, which Gene Kelly himself pointed out time and again during interviews, it does have a soundtrack that managed to keep the 70’s alive for a little while longer as the cynicism of the 80’s took hold. It starts off with a lot of Olivia Newton John bubblegum hits that are poppy sweet, then turns on the juice with the Electric Light Orchestra’s deep, powerful sounds.

Stephen King himself directed this failed movie in which machines turn against the humans, and admits he was coked out of his gourd for the entire filming. Even when doing press about the film he can’t stop licking his lips or nattering in a jagged, coke-fiend style. On the other hand, he did manage to get AC/DC to do the entire soundtrack, which rocks hard, drives heavy, and belongs backing a much more exciting film.

Rap Rock has been hijacked by the Kid Rocks and Limp Bizkits and Linkin Parks of the world when it could be so much harder and heavier, as the wild soundtrack to this lost film proves. Eclectic and thumping with rapid-fire rhymes and plentiful power chords somehow becoming far more than the sum of their parts, if you’re one of the many that missed it, now’s the time to re-educate yourself, son.

The follow-up film to Burton’s Batman and Batman Returns this movie is probably best known for Bat-Nipples that appear on every hero costume except for Batgirl’s, for some sexist reason. As humiliating as that – and many other – missteps by Joel Schumacher are, you’d never guess with U2’s Thrill Me, Kiss Me, Kill Me, PJ Harvey throwing hot hot heat, and the ubiquitous school dance slow song, Kiss from a Rose by Seal.

A painful film that follows a difficult and unlikable character, ending with a little light rape, the only thing worse than SNF is the “sequel” Staying Alive. However, the Bee-Gees addition to Saturday Night Fever is inspired and captures everything that was the Disco era in un-ironic, unapologetic glory.

Among the films that laid the comic book to movie industry low, Spawn ranks pretty highly. It’s hard to pin down why it’s so bad, though the writing, scenery-chewing, and silly CGI might be part of it. Imagine if Ryan Reynold’s Green Lantern was even more idiotic and you’ll begin to understand the weak-sauce that is Spawn. But then you have the collaboration soundtrack with Moby and The Dust Brothers joining forces with rockers like Korn, Slayer, and Metallica. Hell, we’d take it just to hear The Sneaker Pimps and Marilyn Manson bitch and whine about each other.

Cameron Crowe can do simple movies with heart, and that’s why studios let him do whatever he wants. In this case it was a miscarriage of film about a suicidal shoe designer in Kentucky. However, Crowe also has a background in music, good music, and brought out Tom Petty, Ryan Adams, and My Morning Jacket for some alternative country noise that’s sweet, and sad, and hopeful all at once.