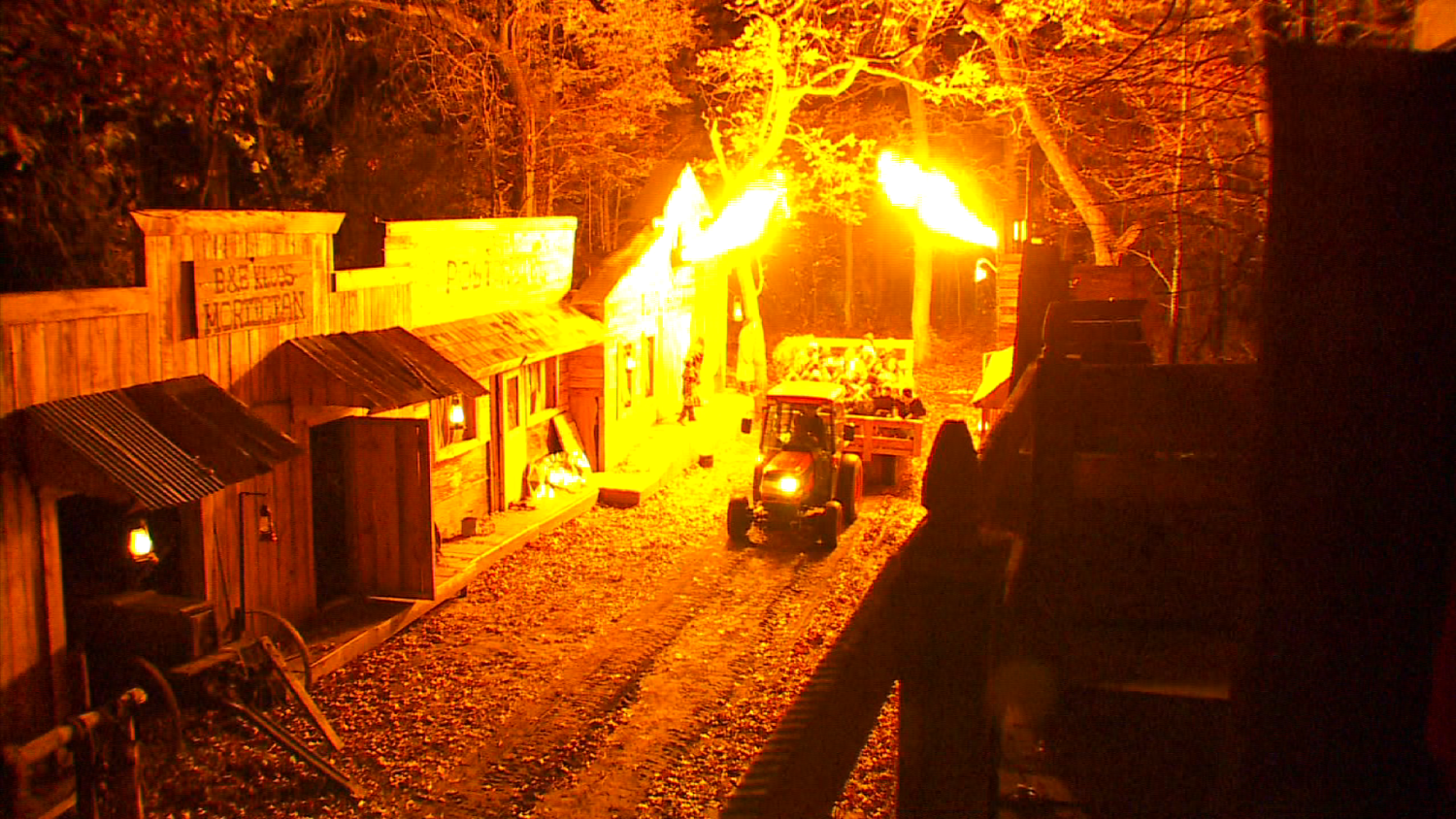 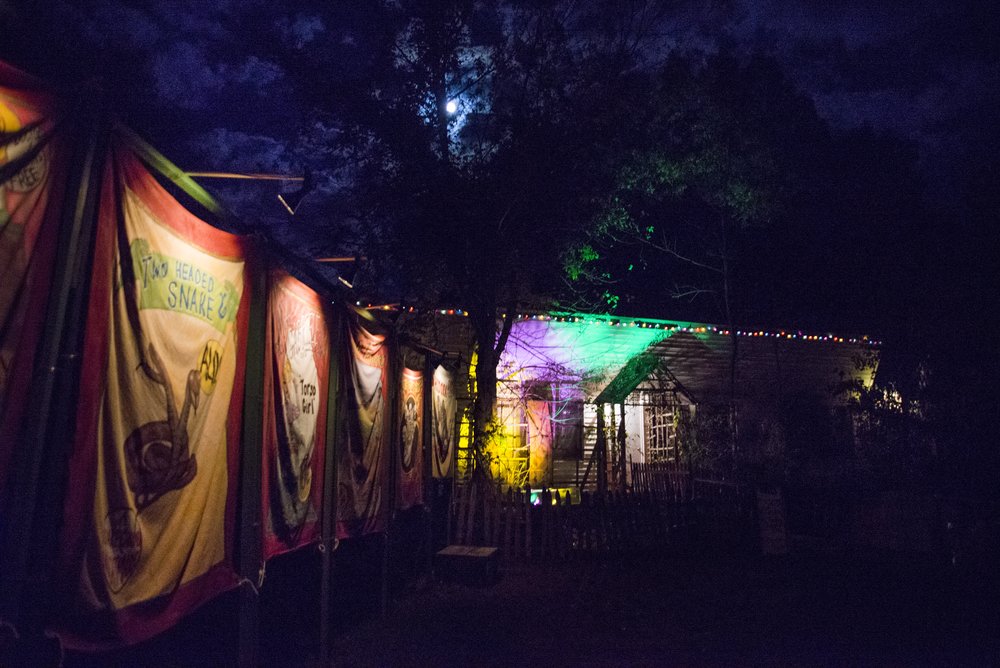 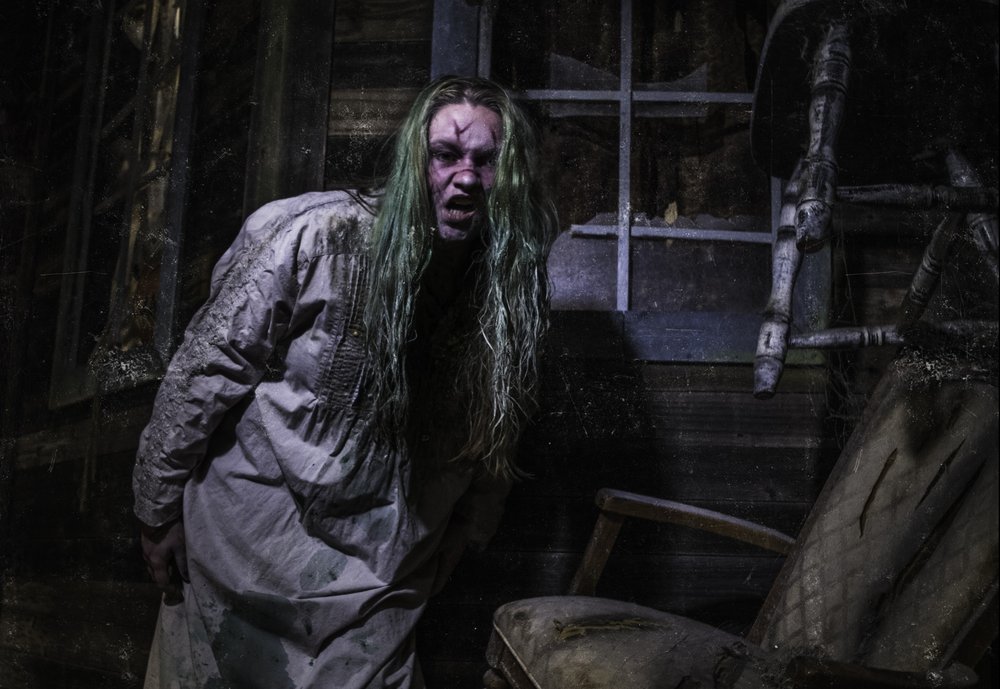 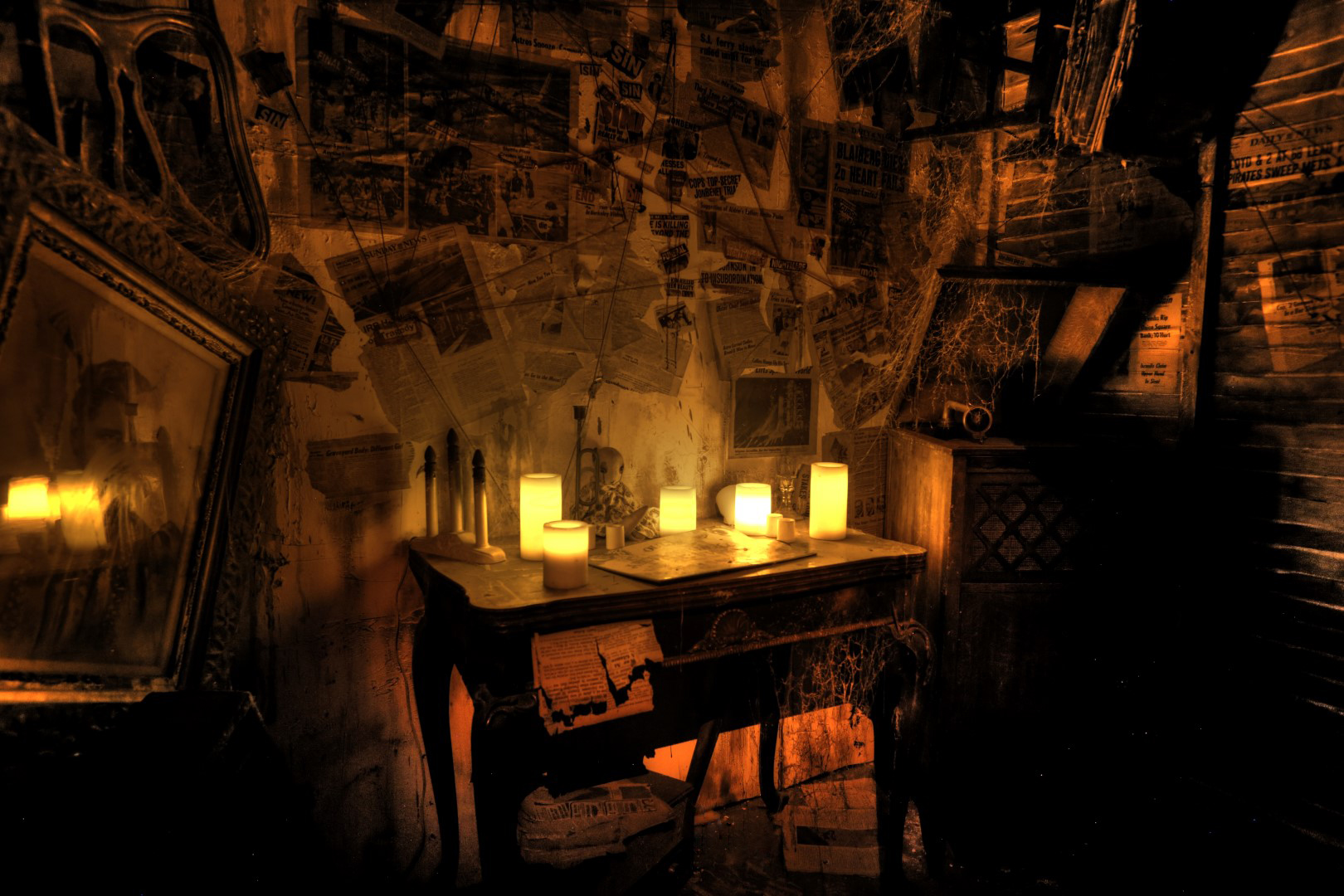 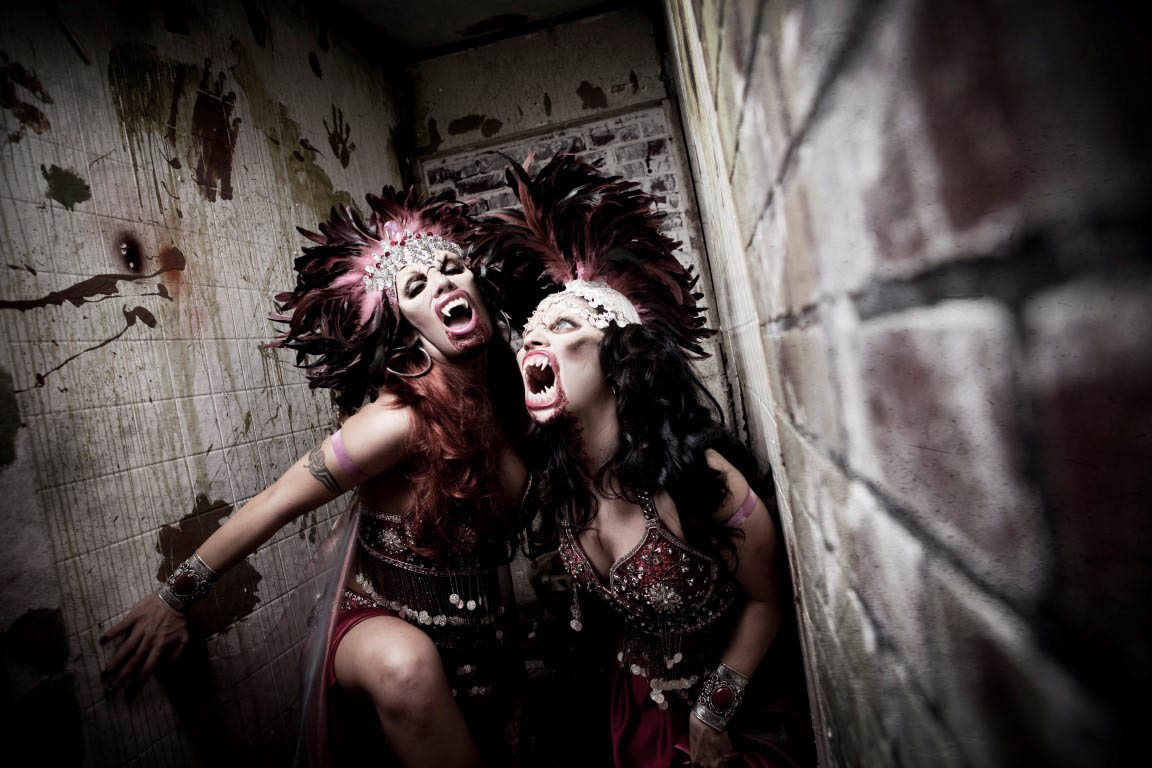 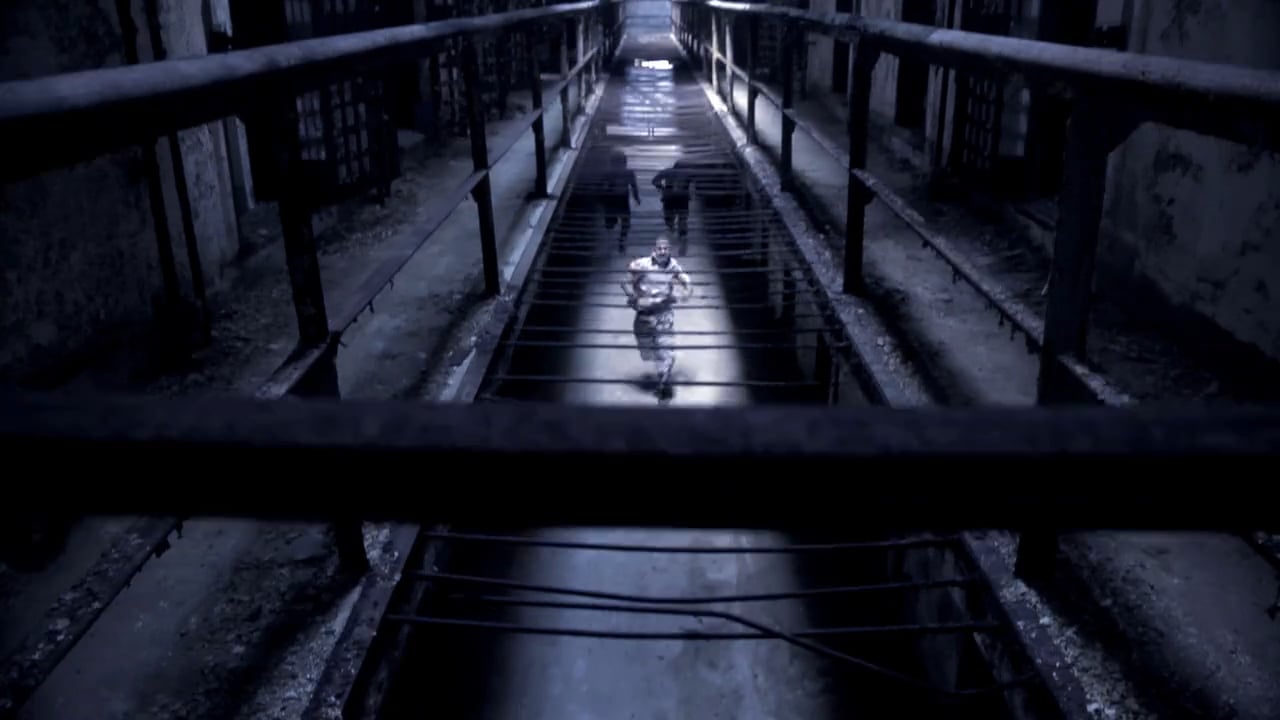 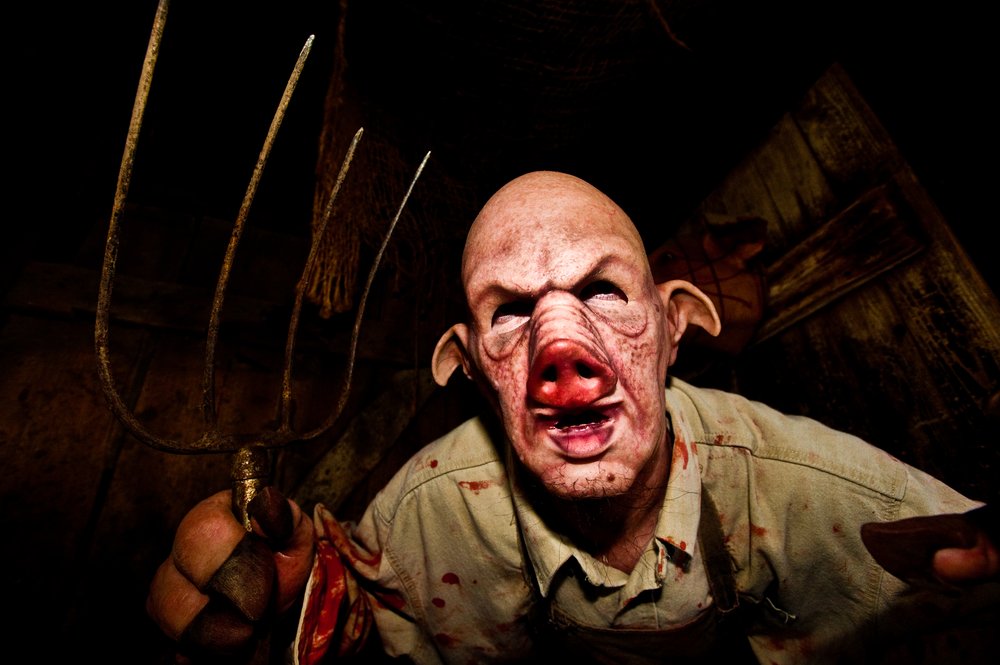 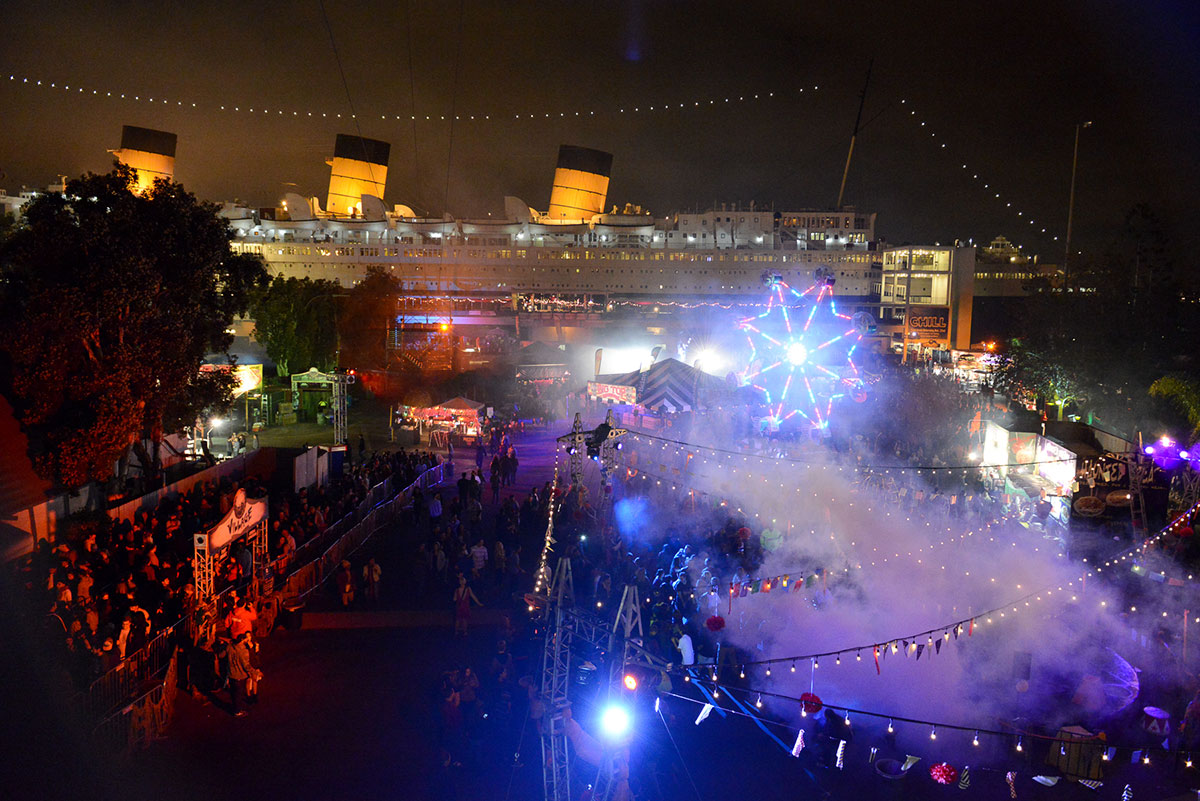 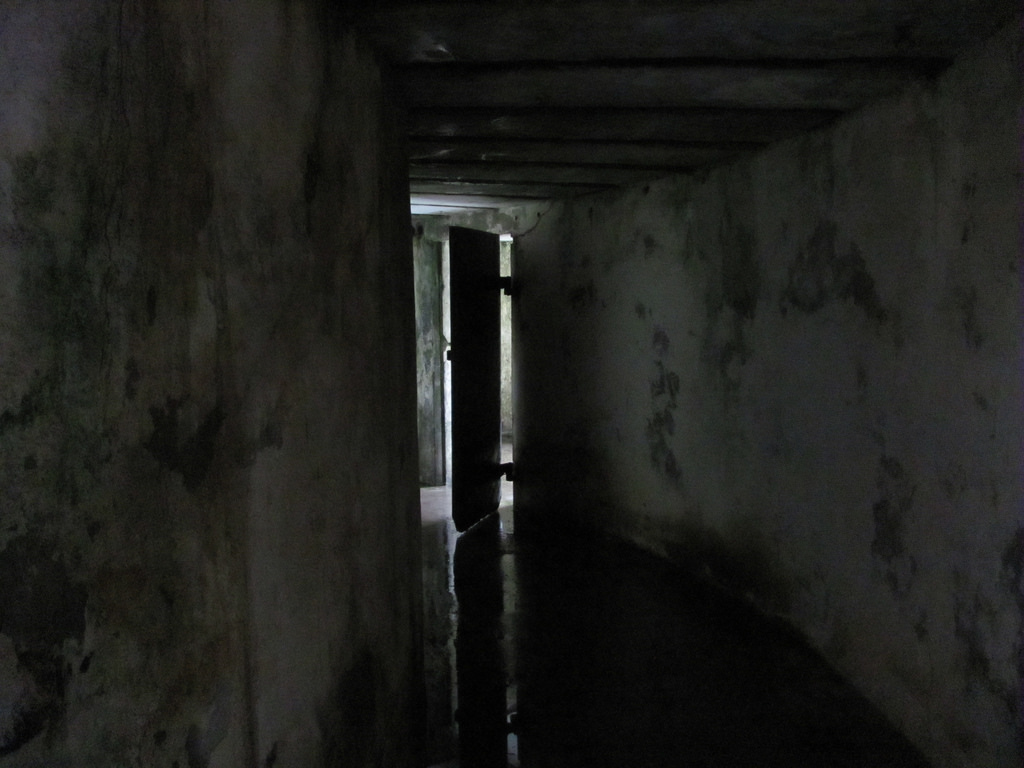 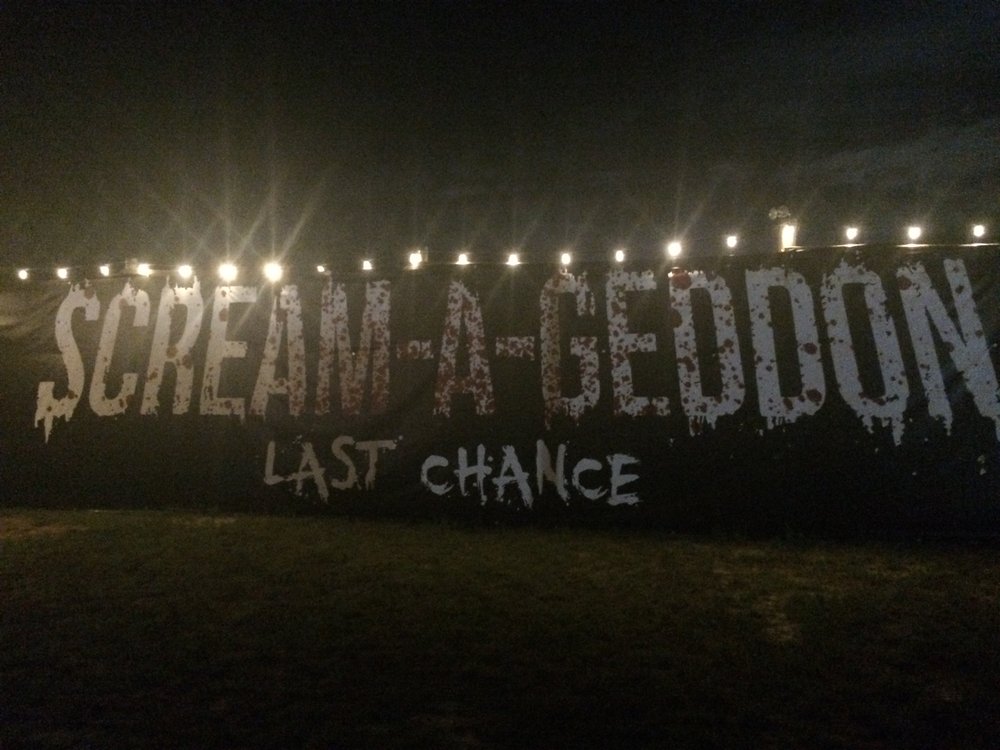 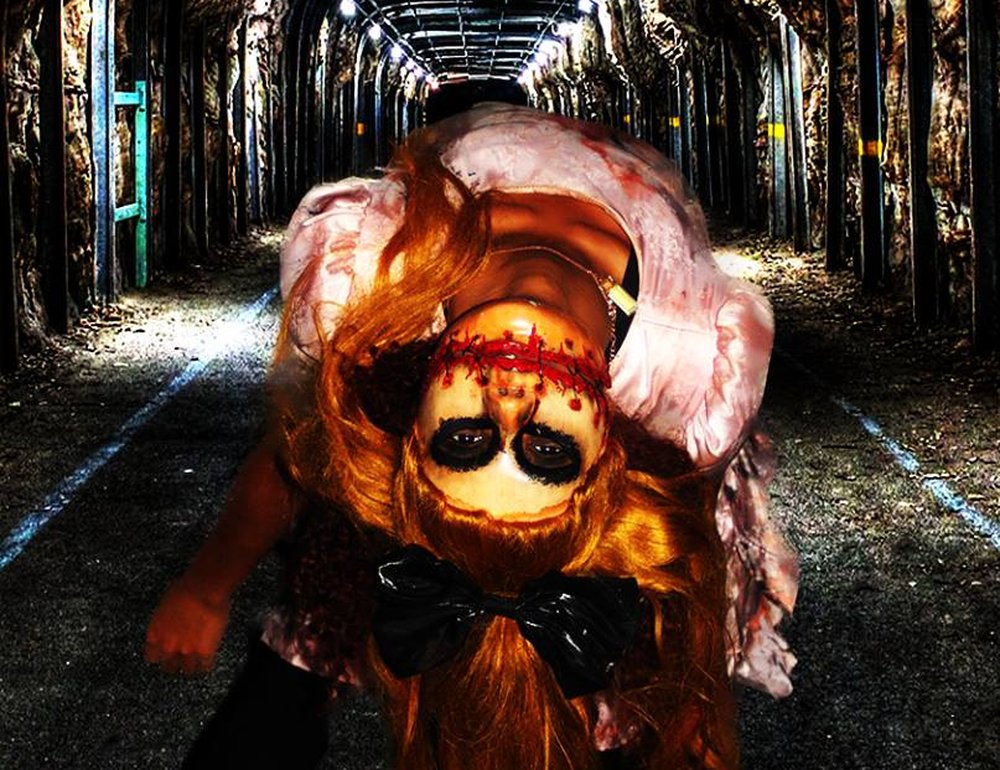 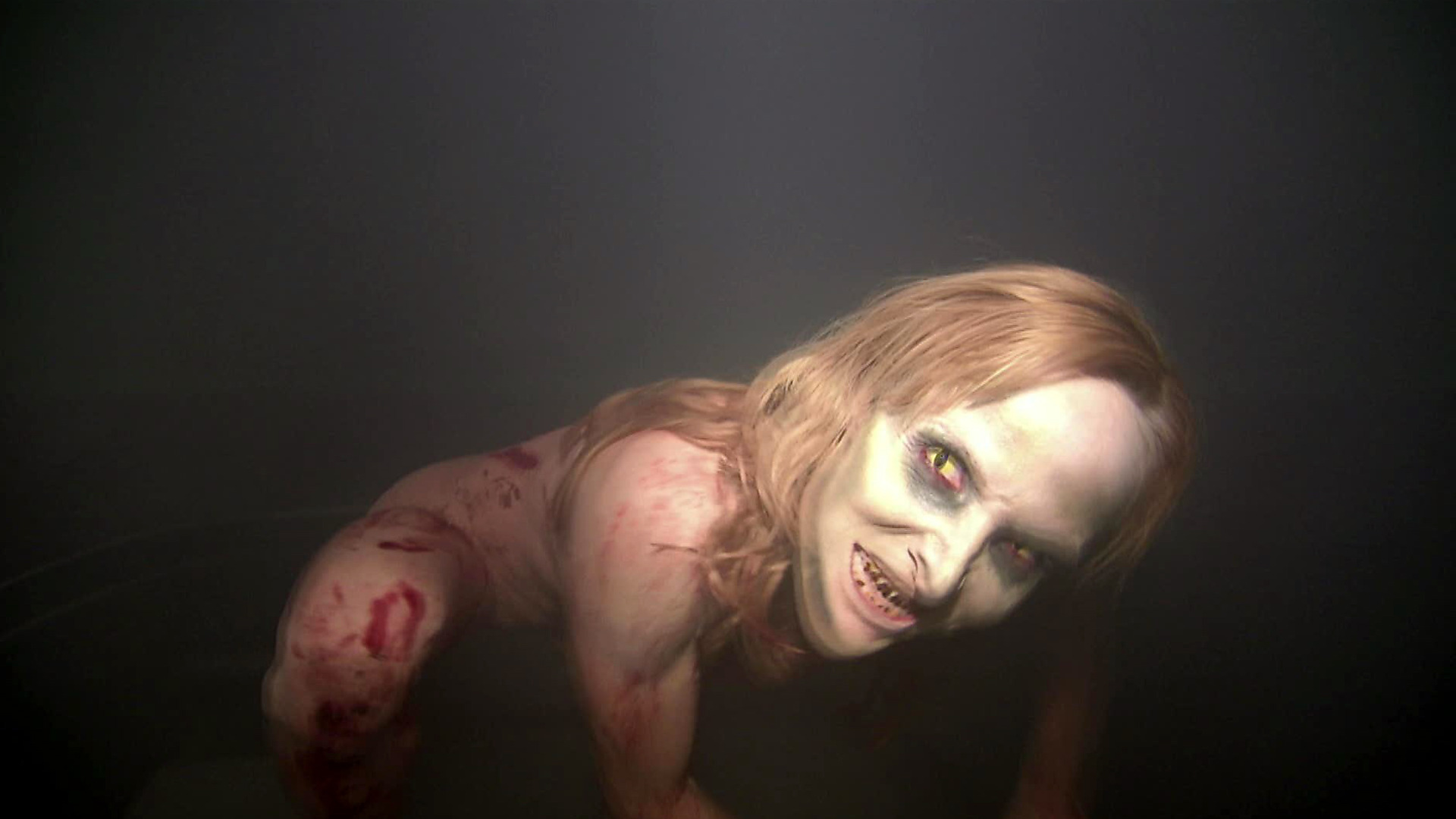 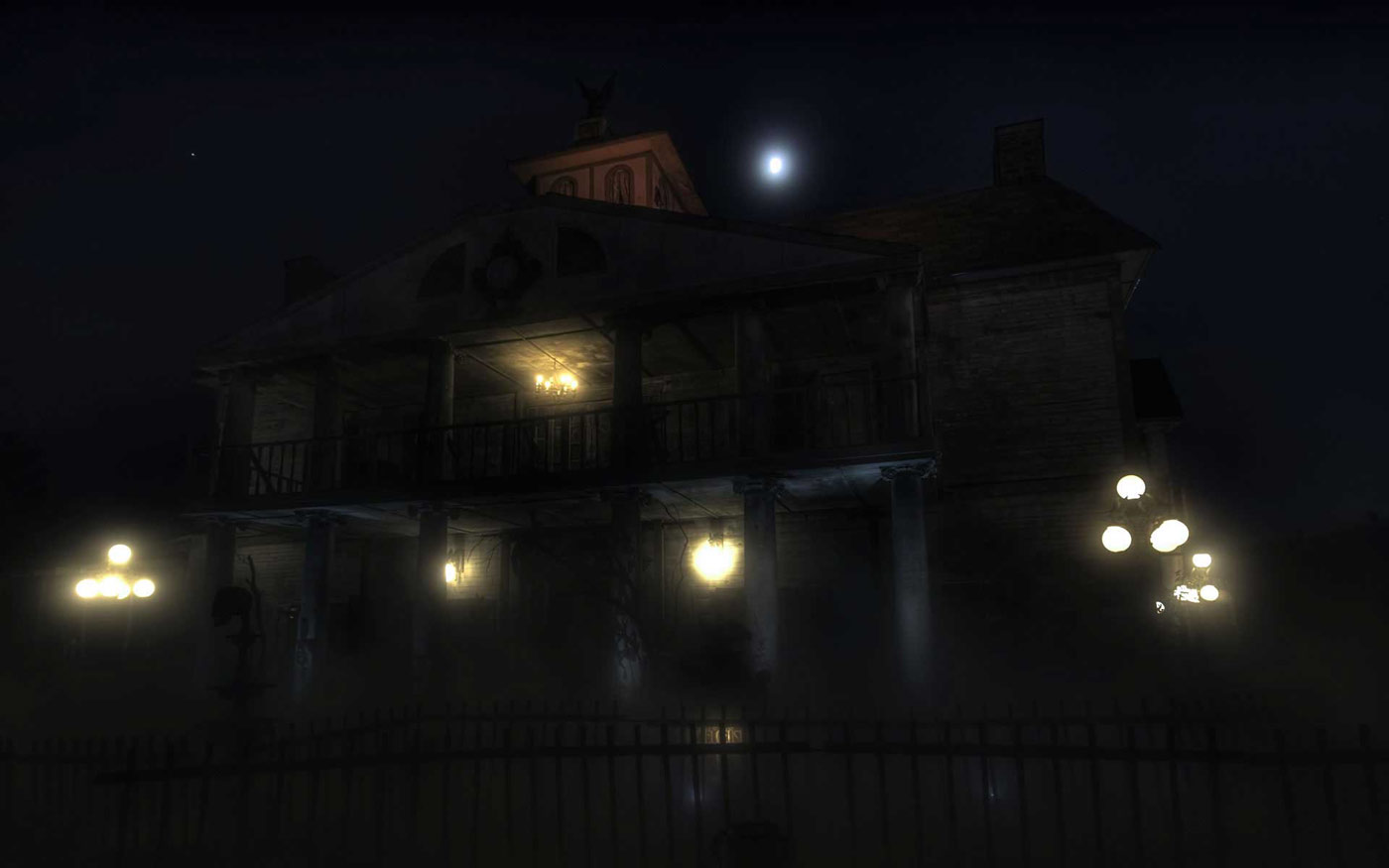 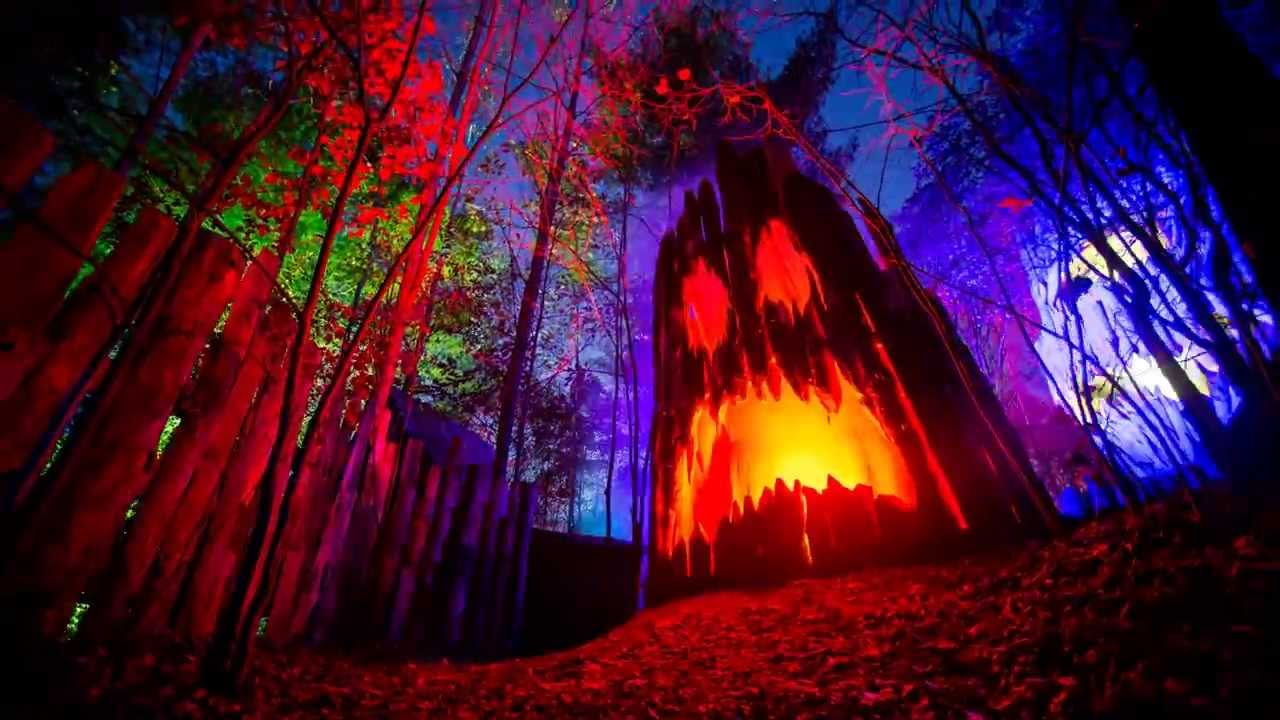 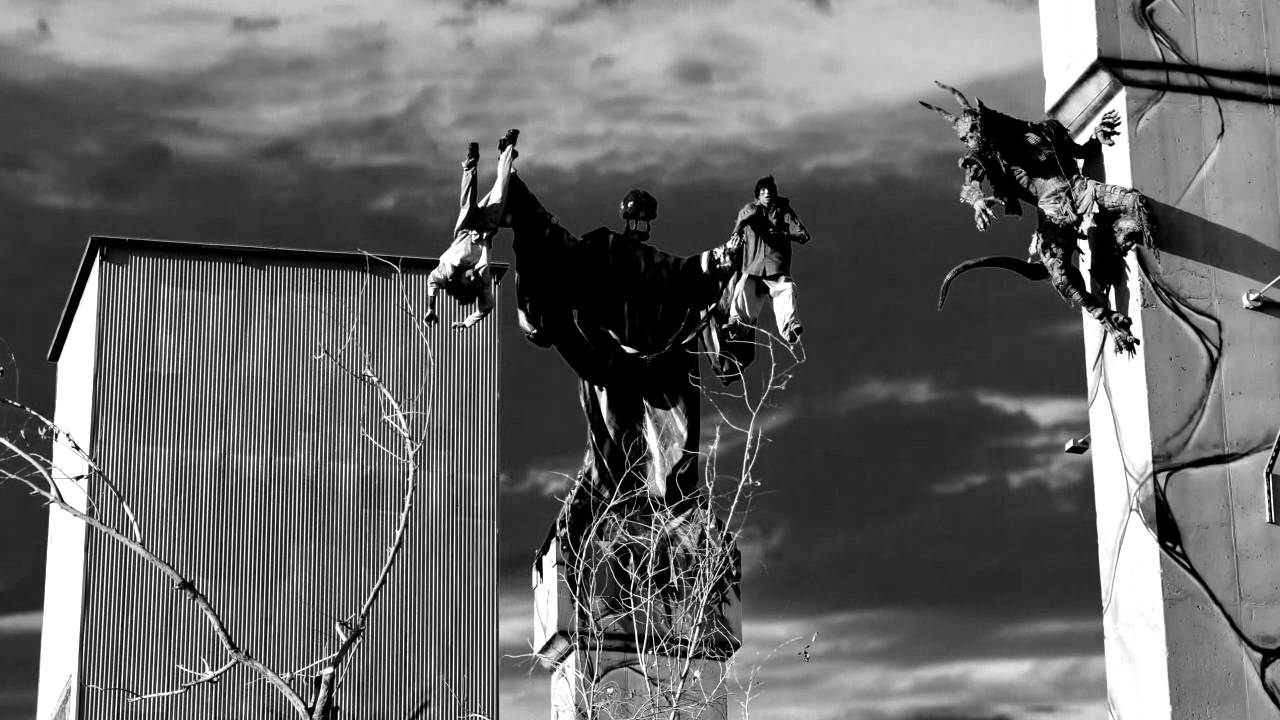 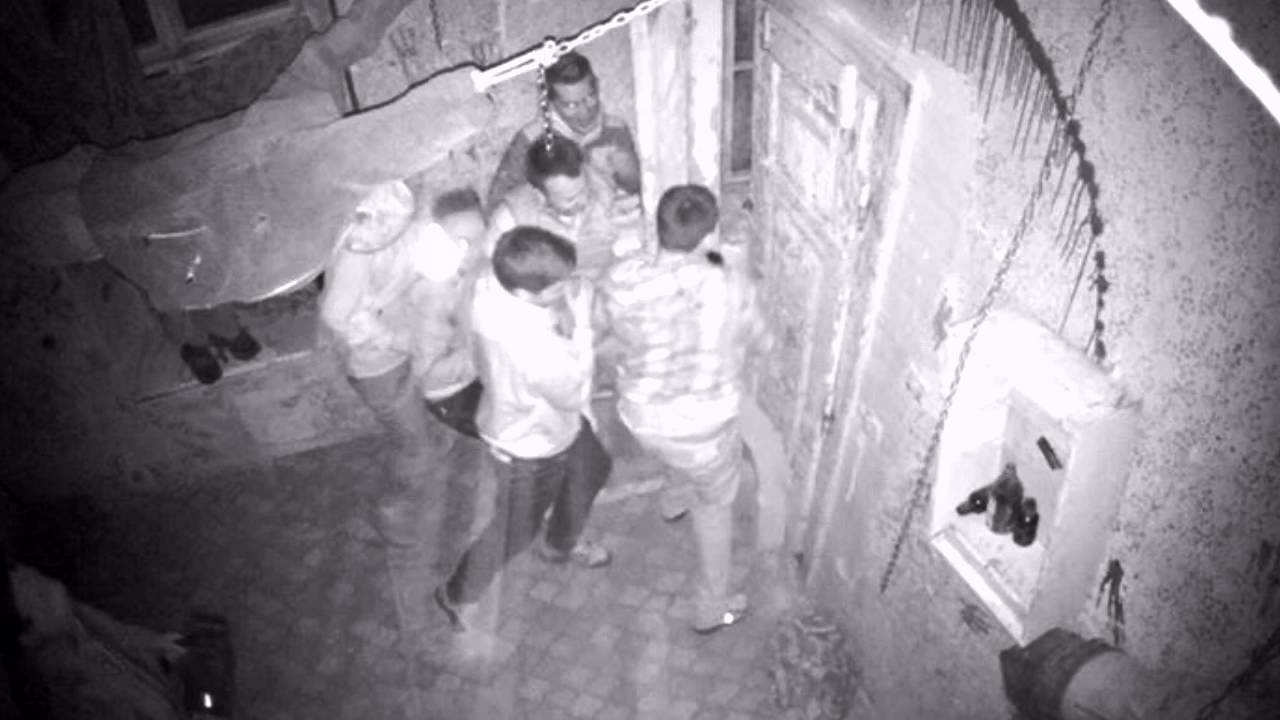 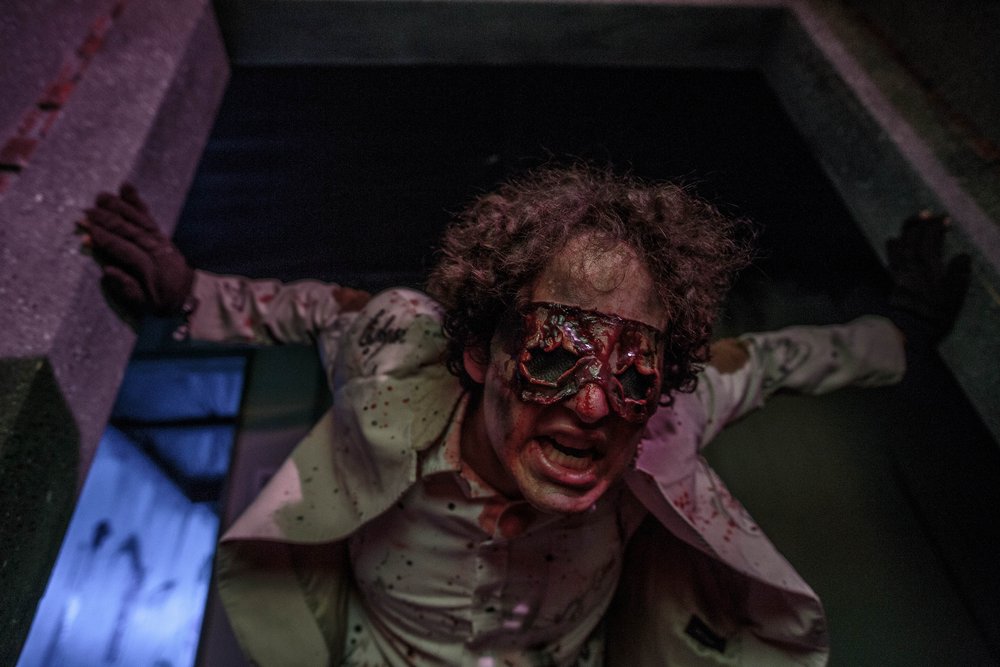 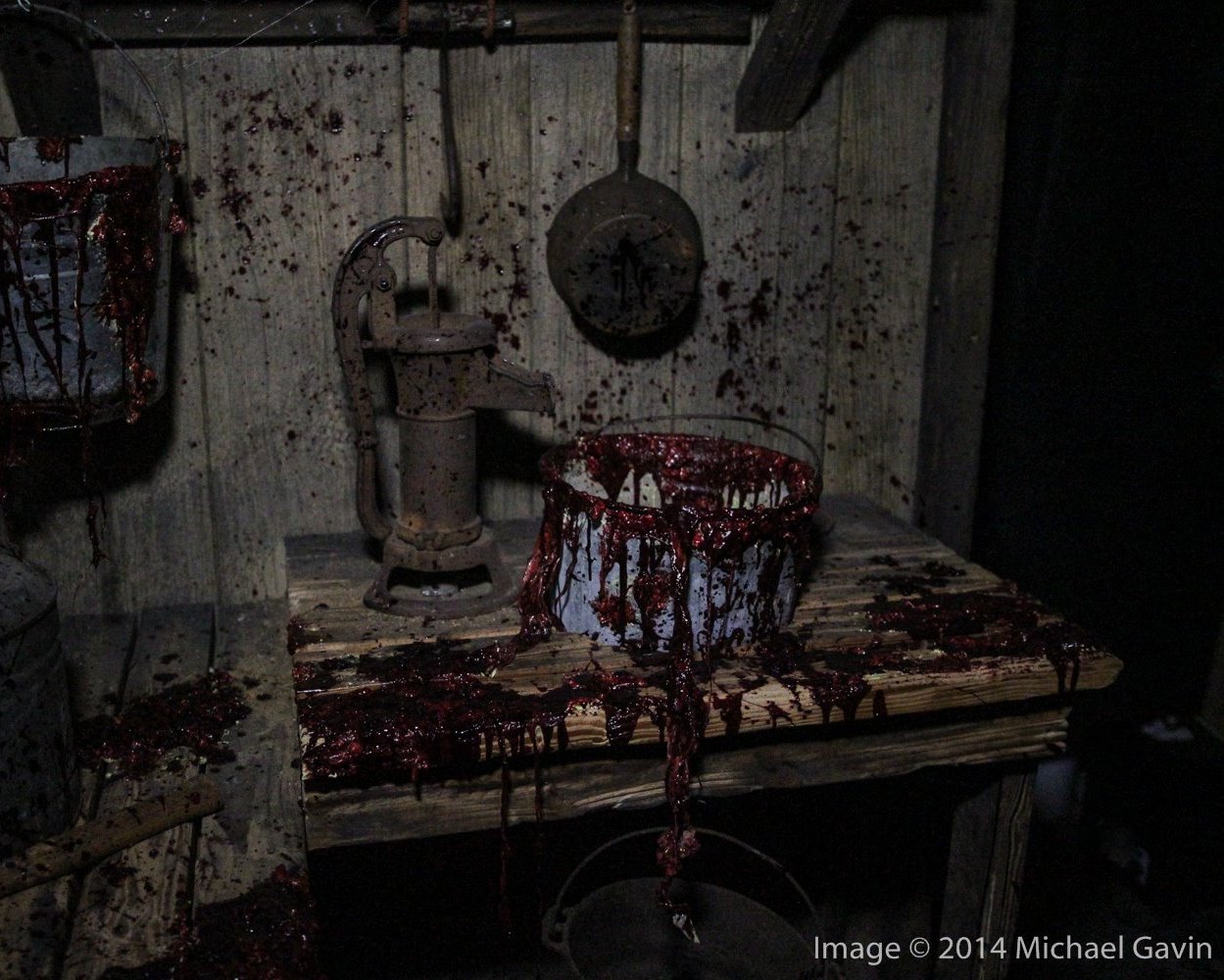 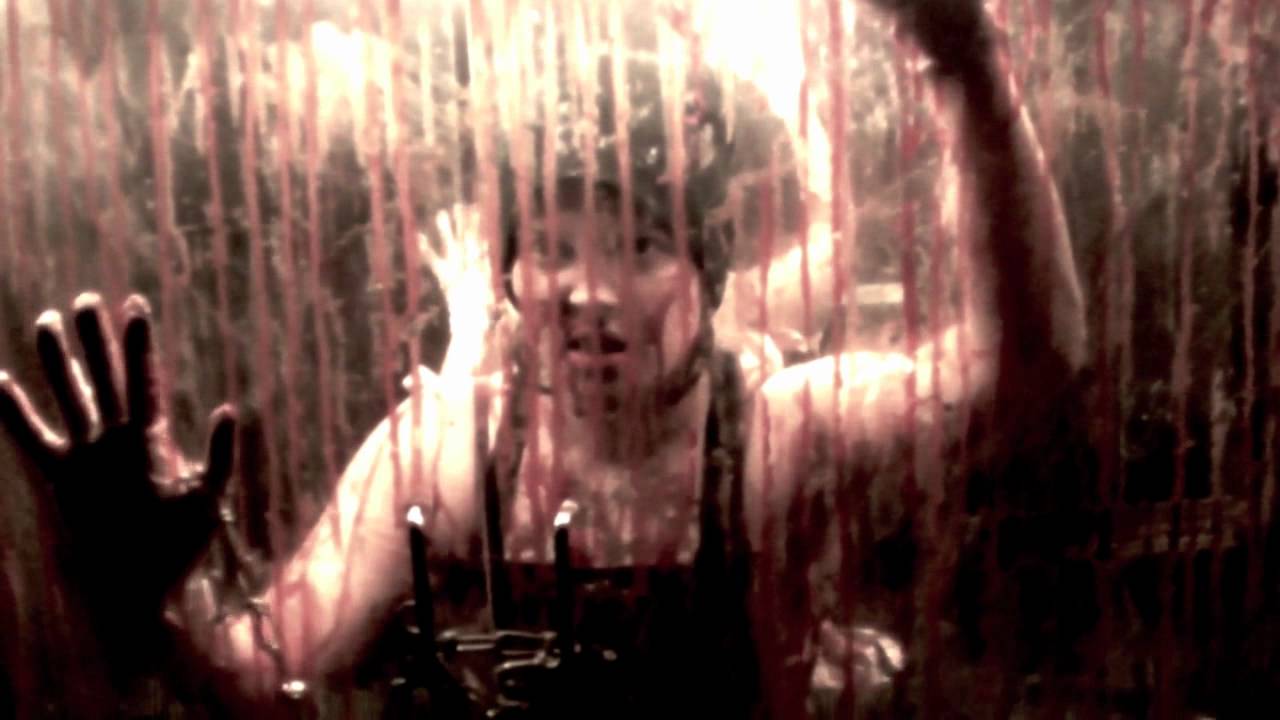 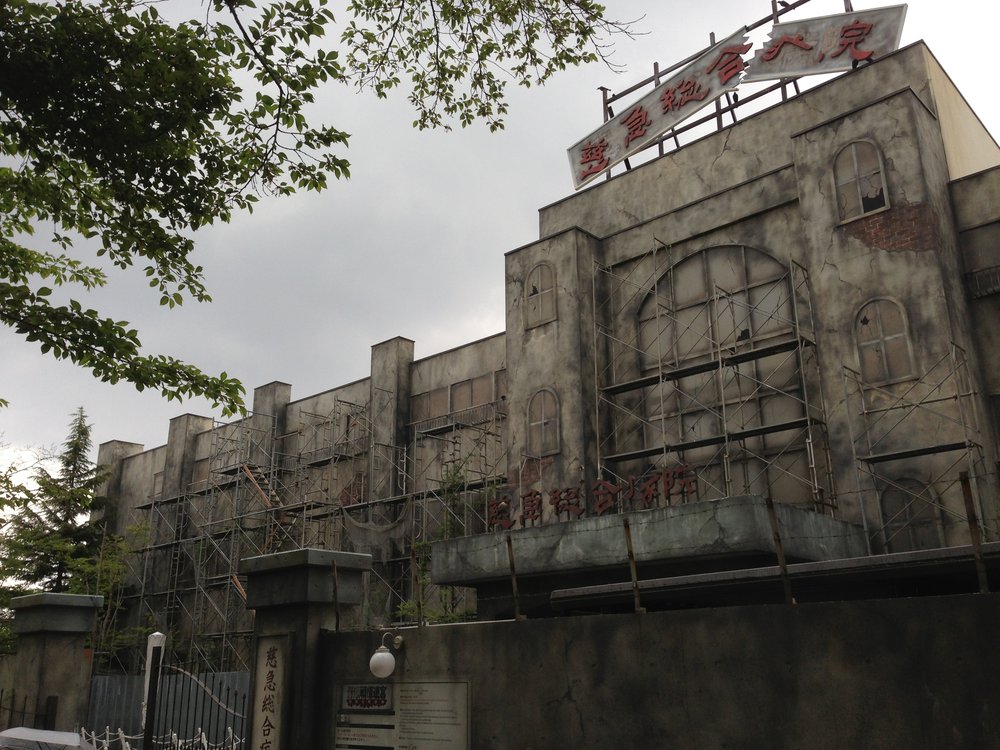 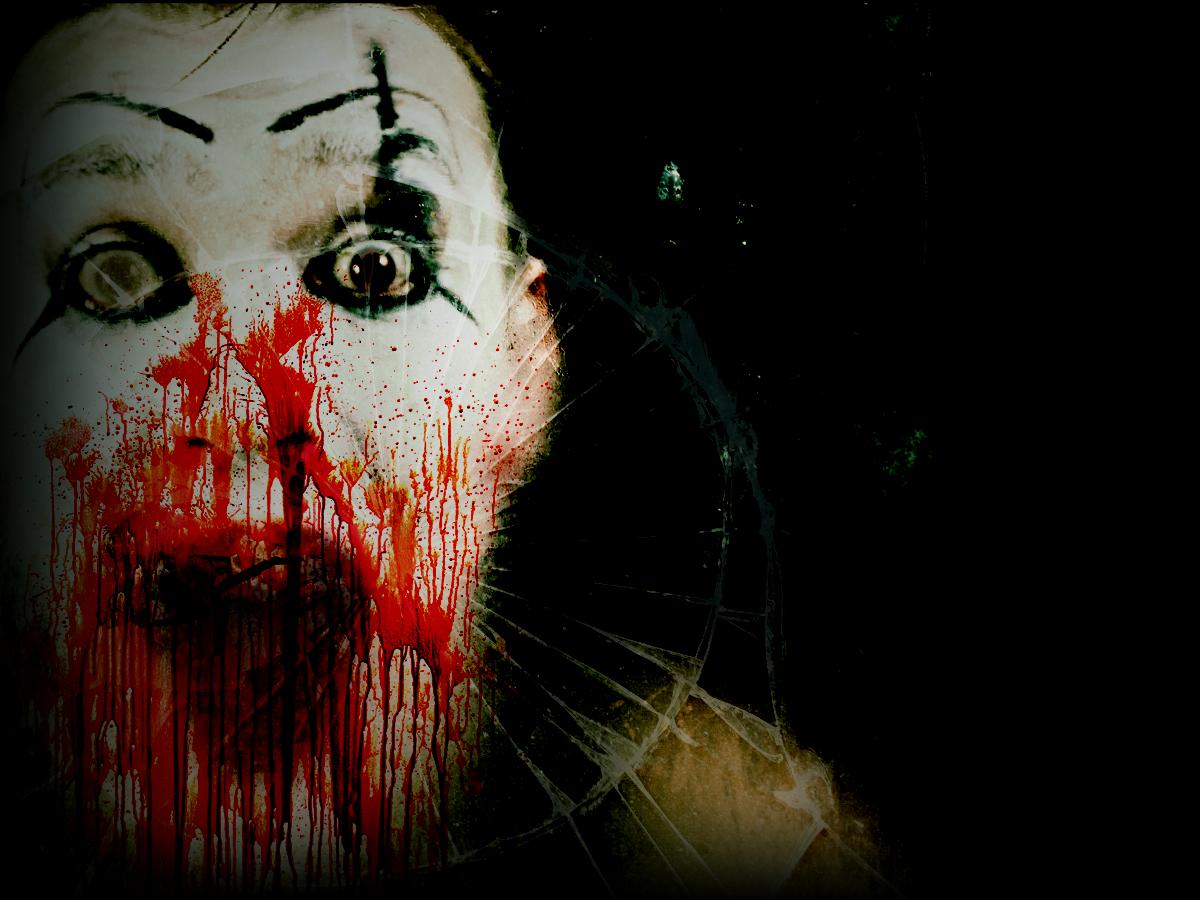 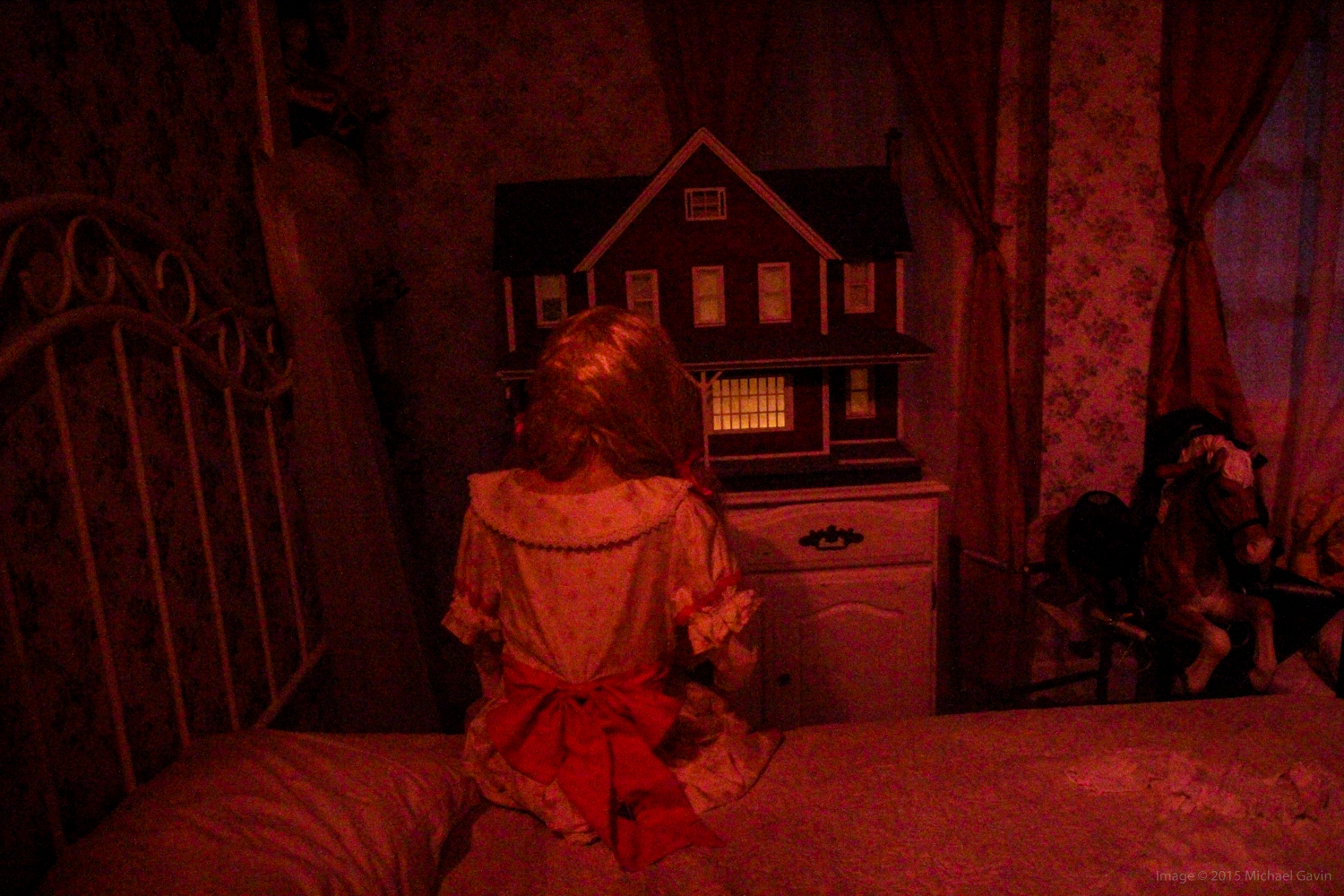 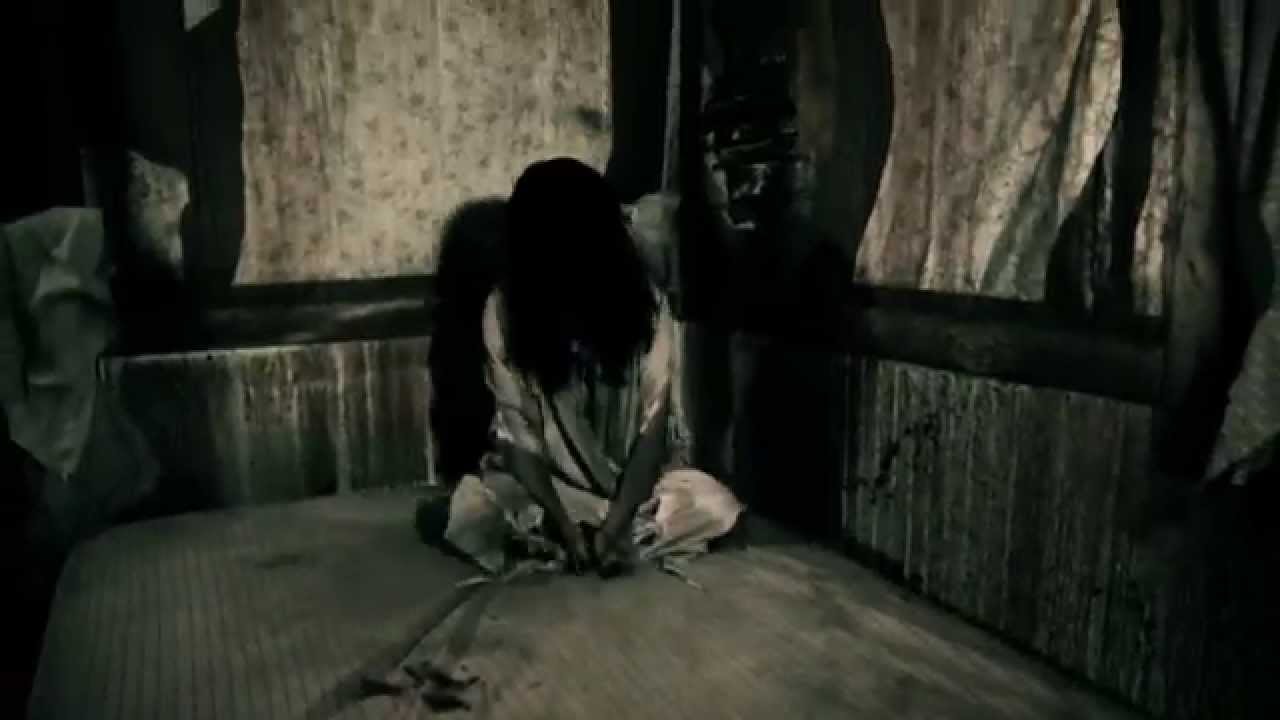 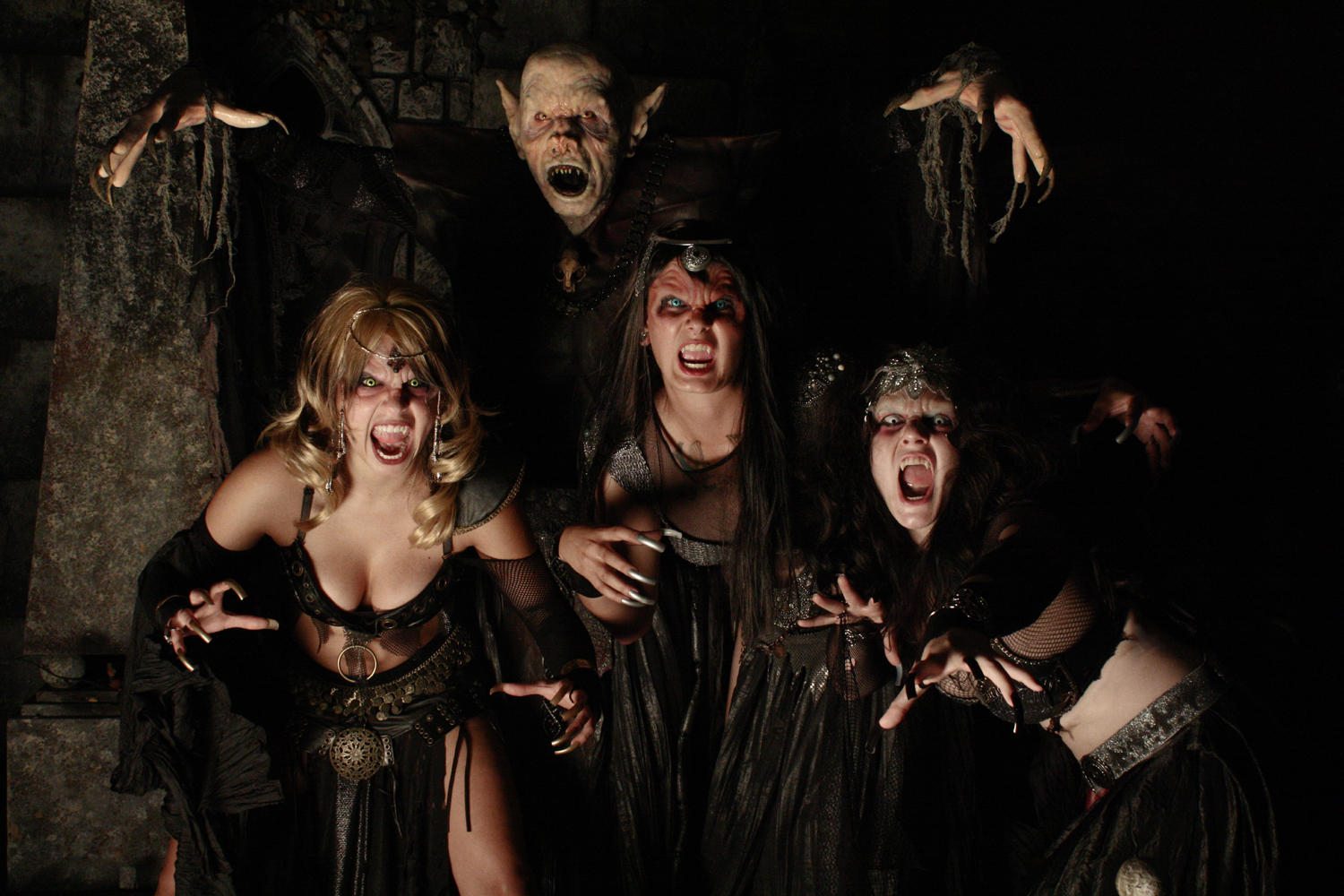 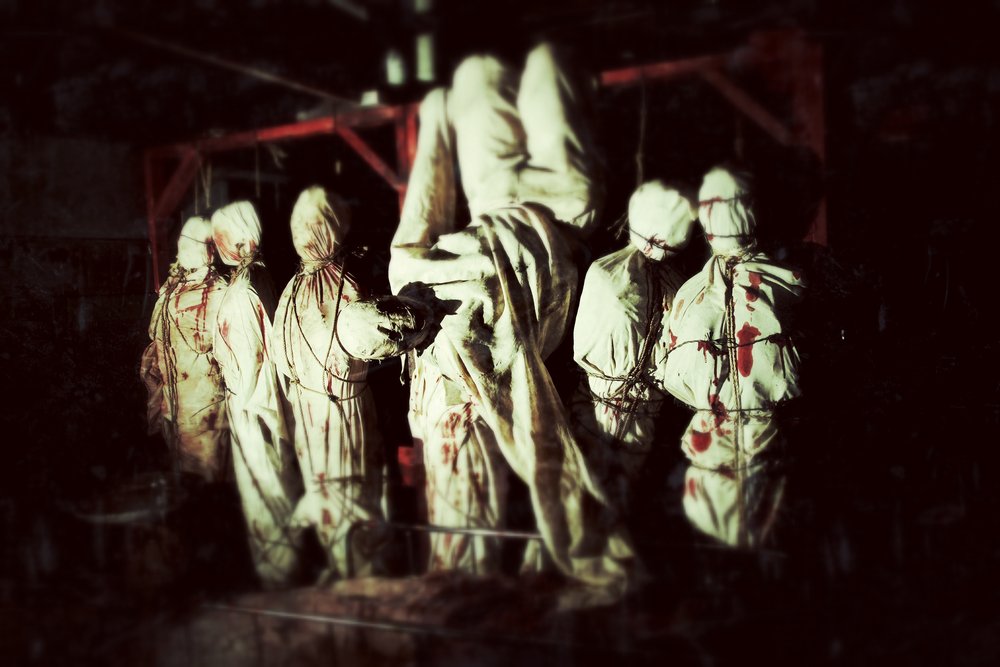 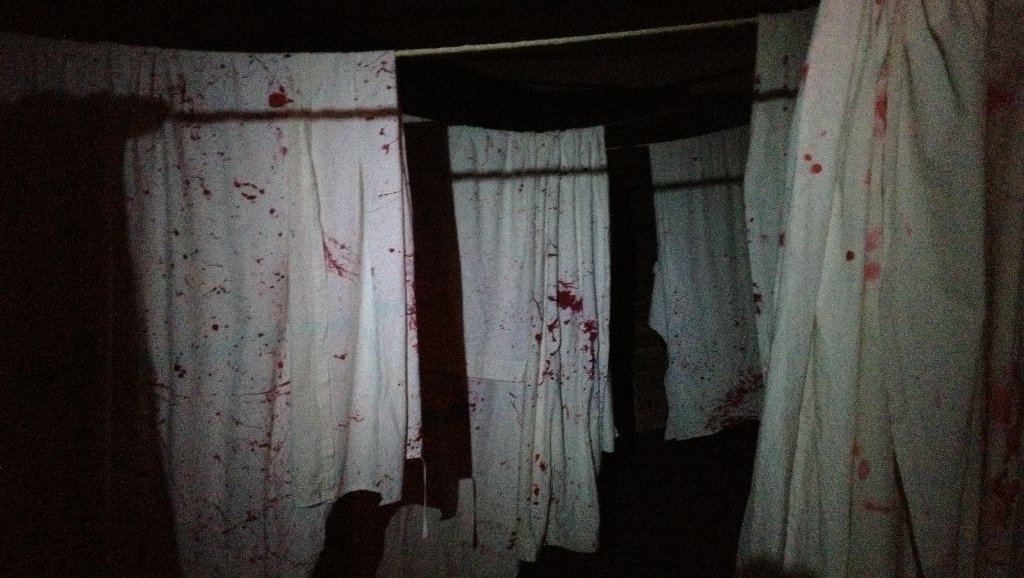 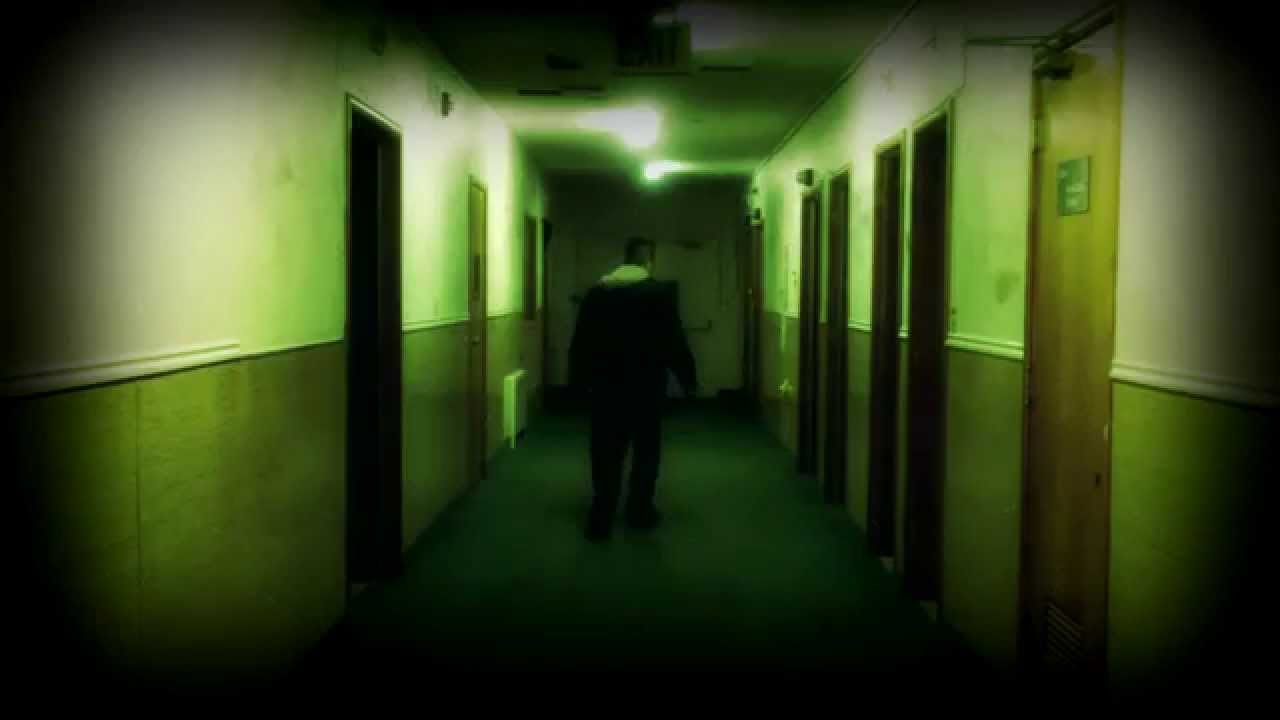 The haunted house is a tradition as old as Halloween, but rarely is it done well. For every decent haunted maze there’s a few hundred weak-sauce imitations that suffer from too little imagination, insufficient planning, and a lack of proper funding. Devotees of the true haunted experience are thus forced to burn a calorie and travel far and wide to really get a good scare in a well-designed spook shack.

While there might not be a haunted house, maze, event, or attraction right down the road from you, there’s a few epicenters around that you can reach, whether here in the United States or elsewhere in the world. So you know where to go, here’s the 31 best haunted happenings from every corner of the globe.

The real attraction here is the VR Zombie survival game. You don a headset and are subjected to a dark, zombie-filled house with nothing but a pistol and flashlight. It’s high-tech fun.

A terrifying hands-on experience where they allow you to be separated from your group for literal hours, shoved in a box, abandoned, and drug around, it’s not for the touch-adverse. Wicked fun that keeps going just when you think it’s over.

The hayride itself is a long, slow, arduous trip that is full of spooks. Then there’s “on foot” chase areas, a pitch-black maze, and sections that drag you through several secret society rituals that are well executed by the actors.

A little on the short side, and a bit pricey, this is still a classically terrifying time where they manage to surprise even the well-guarded with some strange and unusual psychological tricks and traps.

Basement of the Dead

A former laundry company that burned down in the 60’s, killing two, the legend says that several workers have disappeared from this spot. While the veracity of that is suspect, we know that the creepy Saw-esque haunted maze is good, gory fun.

There’s a pair of houses to choose from, each full of dramatically lit spectres and macabre otherworldly creatures. That’s just the teaser material, however, as it gets really rough just when you think you know what you’re dealing with.

As heart-stoppingly terrifying as a tax audit, they kindly prepare you for what’s going to happen by telling you the legends, then letting you see how much worse the reality is than the stories.

Major cinephiles tend to enjoy this the most, as it’s put on by Universal Studios and has loads of tie-ins from horror both new and old. It’s less scary and more fun than most, but the broad range of offerings makes it good for the “theme-park” goer not looking to stop their heart.

The fear here isn’t just in the atmosphere, it’s that you’re constantly off-balance, literally. You have to crawl, duck, and scramble around, which puts you on edge for the effective startles to hit you time and again.

Seriously, it’s worth going to Japan just for this. A former hospital where patients had their organs literally stolen, you’ll get dumped through trapdoors, dropped into pits, and tormented every step along the way.

Go through the warped schoolhouse, hit the eerie labyrinth, or do both, this is 12,000 square feet of torture that is easy to get lost in and tough to navigate since you constantly feel spun.

These haunted houses are disturbingly well-maintained to the point that the air has an unsettling aroma that adds to the gruesome atmosphere. Throughout the process, you’re stalked from room to room by frightening characters in tableaus that make your skin crawl.

Another spectacle-laden adventure park for those who want a lot of variety, Knott’s “Scary Farm” is a rich buffet of haunted experiences from the playful Elvira shows to those with a more grim take on Halloween.

An indoor maze lit only by the weak flashlight they issue you, Lost Souls Alley uses the dire history of Poland to maximum effect. You get lost, you stumble, and are harried each moment, even if only by grim silence and darkness.

Both virtual reality and real life terrors await at the Fear Factory. Don’t let the Mormon influence in Utah keep you away. This is as fun and frightening as any secular town.

An outdoor experience that goes big for effect, it’s bad enough to be trapped in the New England woods with Patriots fans. Add in the award-winning terror and handmade costumes, and you’ve got a real haunted hootenanny on your hands.

50 acres and three haunted houses complete with cemetery gives Thrillvania the scope and magnitude to keep the hits coming, and the nasty surprises to make you wish it was a little smaller.

Michigan is full of old industrial sites that have gone to ruin. Melding the reality with the fantasy, and leaving you breathless with the result, it’s a horror workout.

A haunted trail, haunted house, and even a little spooky battling with the Pandemic: Frontline Haunted Combat, there’s a lot to love and plenty to do for all ages.

The Florida woods are frightening all on their own. Add in a backdrop of cabins, and the fear of a Deliverance-style excursion will have you indeed squealing like a pig.

Quite a show with a cast that refuses to break character, insanity and darkness meld here in a way that makes the “Blackout” experiences seem like Ginger Beer by comparison.

The Queen Mary is cramped and disquieting in the best of circumstances. Add in fog mazes monsters and you’ll need to hit the included bar after a little while.

Part of the Lake Eerie Fear Fest, you can pick from five haunted houses, but to really get an adrenaline jolt, enjoy “The Haunted Mine Ride” in a gorgeous XD 4D Motion Theater.

You’ll be manhandled left and right, locked away, separated, and really given an uncomfortable sense of being at the mercy of lunatics. Absolutely not for anyone sensitive to touch.

Terror Behind the Walls

Set in an honest-to-god derelict prison, the whole experience is a choose-your-own-nightmare where you can be incorporated into the action as you’re forced to escape. Immersive and excellent with varying stories to choose from.

A triple-threat of experiences, Shocktober has all the best Halloween arrangements to choose from. Begin with the haunted mansion, then move along to the creepy clown funhouse, then finish off with the claustrophobic basement hellhole.

Once a N’awlins funeral home, The Mortuary tells a set of tales, each building on the last and designed to give you a true Mardi Gras of southern scares full of Cajun flavor.

A defunct hospital for the violently insane, the history of Brighton is nearly as horrifying as the current haunted arrangement that uses a lot of true medical technology to add depths of depravity that are all too real.

Two haunted mansions with two very different, but equally enjoyable experiences, Dark Hour draws you in from the performance that goes on as you wait, and then keeps the hits coming without reprieve.

The Terrorfied Forest and Manor

Rather than playing up the industrial aspect of Michigan, the Forest uses natural splendor to create a sense of isolation. Groups are split up as well, creating a level of focus and intensity that’s welcome and not all at once.

Whenever and wherever you happen to find a Dead-End Hayride, it’s always worth the trouble. A creaky, slow wagon complete with the sense of being packed in among strangers, any one of whom might not be what they seem, set in a dragging forest landscape is a recipe for serious Halloween fright.

Did we miss a great haunted experience? Please, let us know in the comments below!