Wave hello! On a quiet street corner in Melbourne’s Richmond district, a live/work property has been redesigned in a contemporary fashion. The Hello House by Oof Architecture is named after the playful fascia design on the street side. A brick pattern has been laid to read, “hello” to passer’s by, making it possibly the most friendly house in Australia.

The Hello House isn’t just a cute gimmick. In its entirety, it’s a stylish contemporary home with a creative studio that is as functional as it is fun. Behind the greeting, there’s an open living space with a kitchen, built-in shelving and seating areas. It’s lit by large, floor-to-ceiling glass on both ends, one of which faces a small private garden. The space is large and open, providing a healthy common area for entertaining, relaxing or working.

The Hello House is a two-bedroom Victorian-era home and creative studio (and former shop) in Richmond, Melbourne (VIC), Australia. Most noticeably, the home features a large, white-brick wall featuring the word ‘HELLO’, that offers a conversation with the neighbouring buildings and its residents.

A skin of brick is all it takes to keep a secret and two worlds exist happily side by side with a public face that cheerfully greets the street while giving nothing away about the world behind. Inside, the house adjusts to the needs and moods of its residents – a cosy retreat in winter or an airy pavilion in summer – all secret from the outside world.

Rather than blending in or blanding out of its heritage-ous neighbourhood, Hello House is a slightly loud but friendly new face in the street. 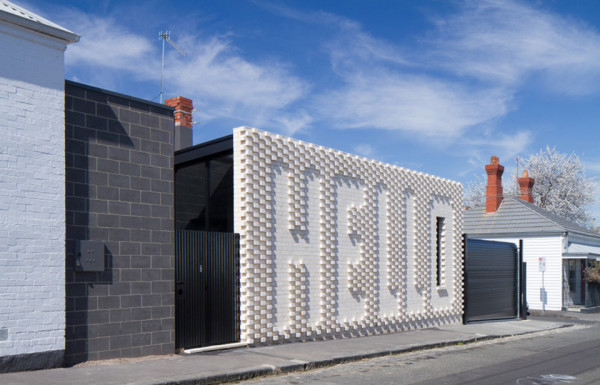 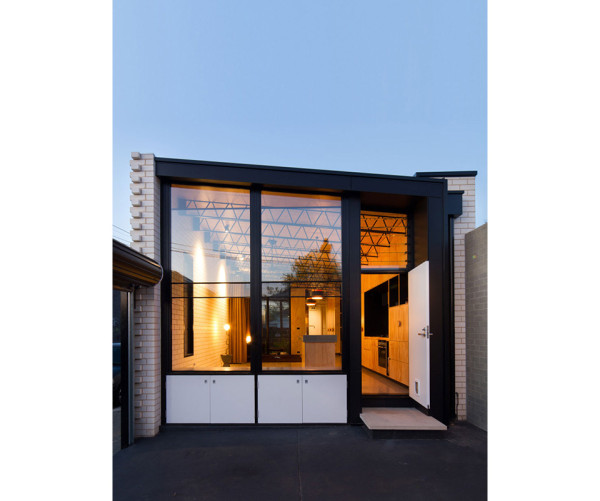 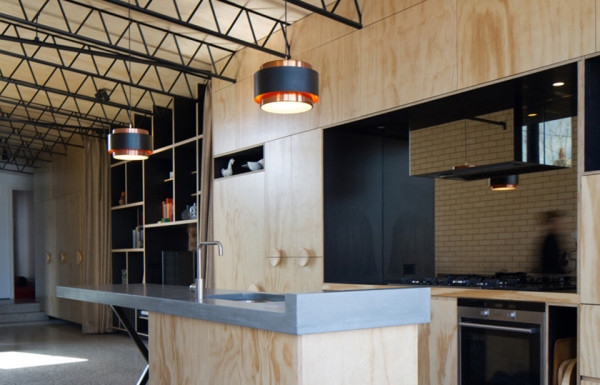 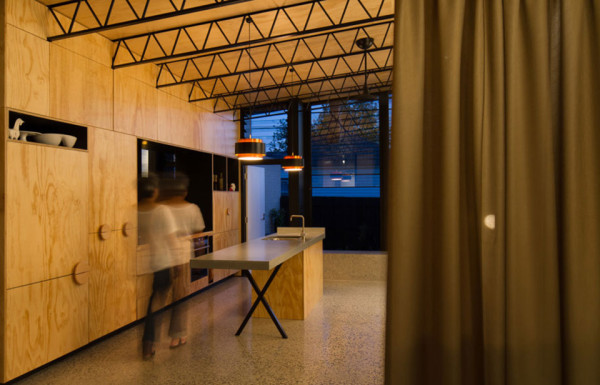 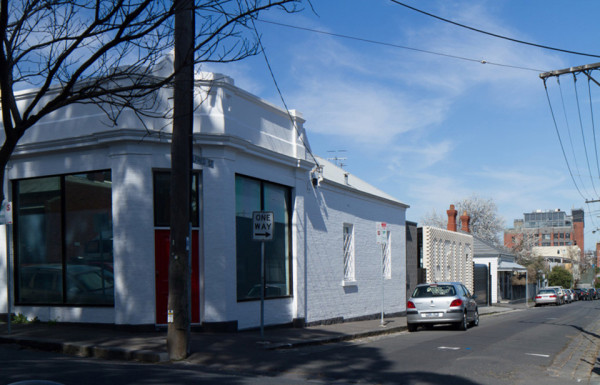