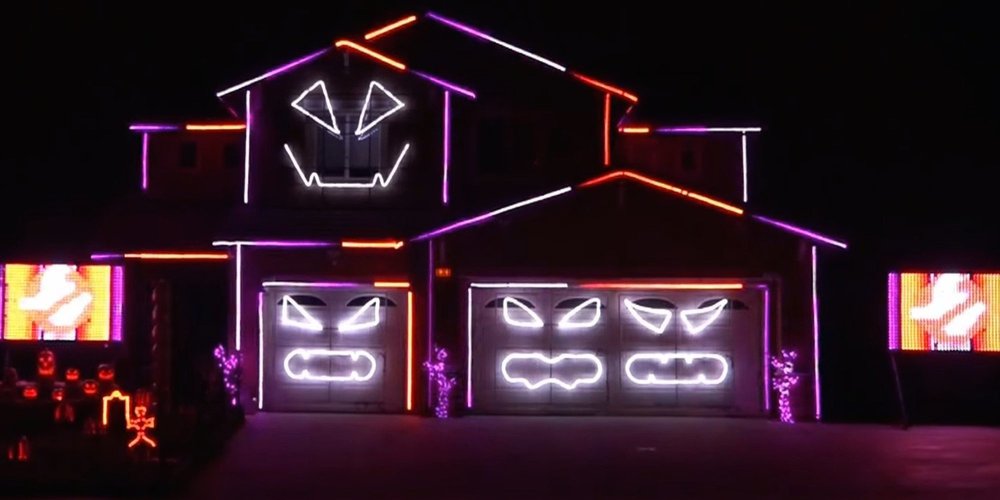 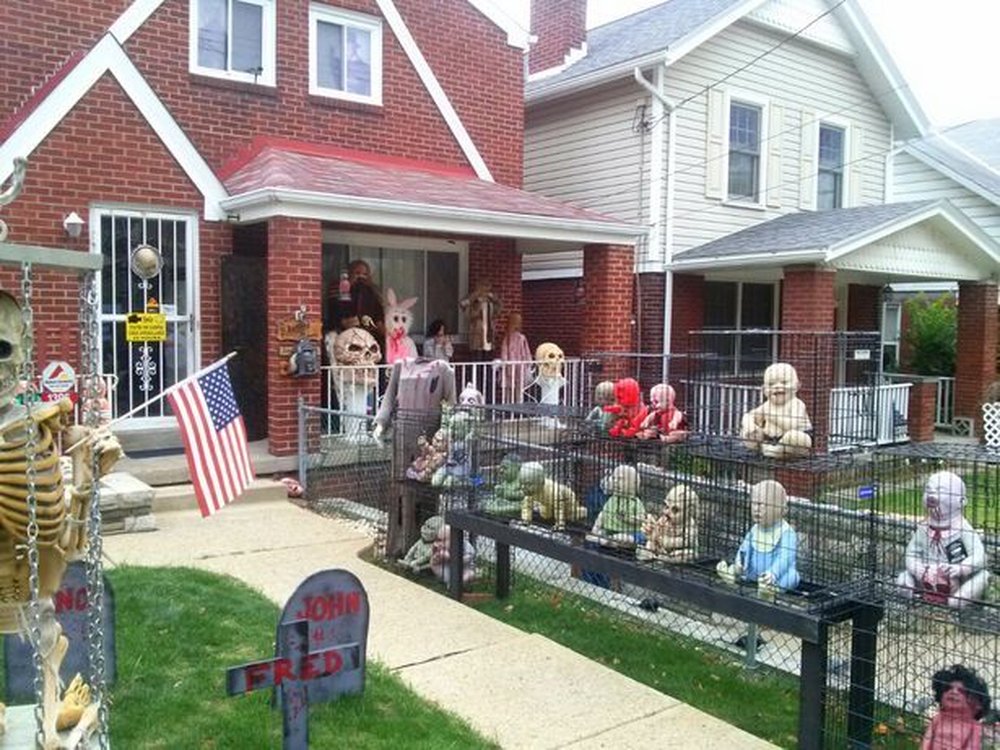 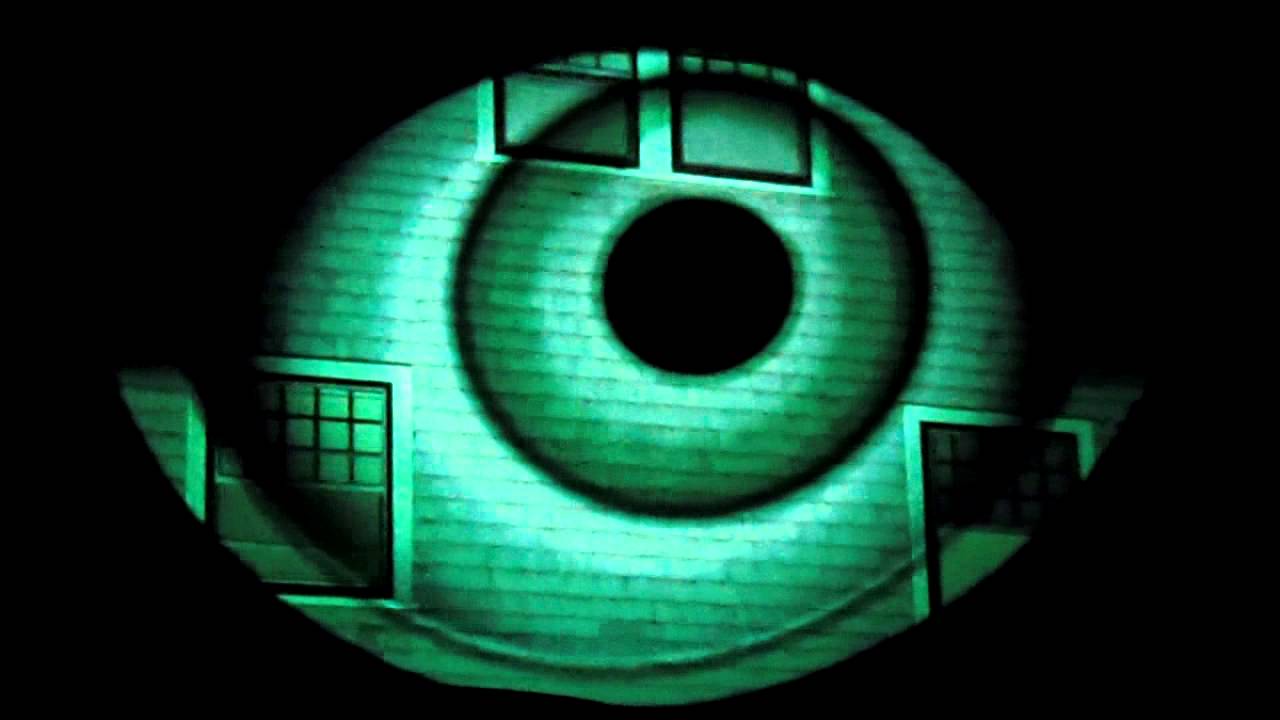 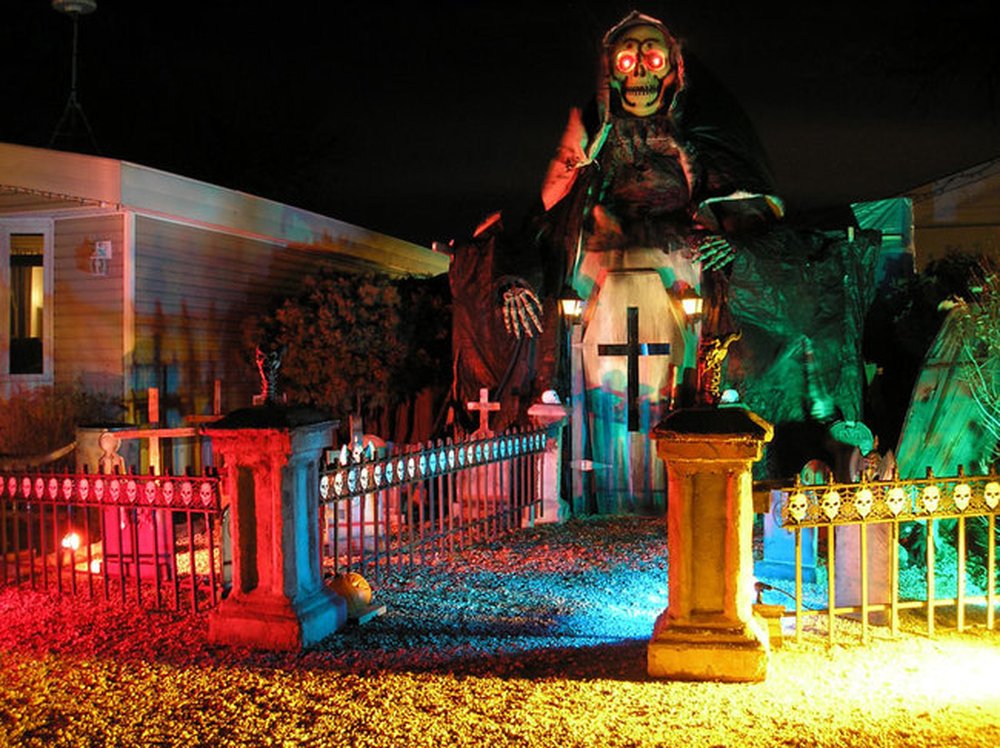 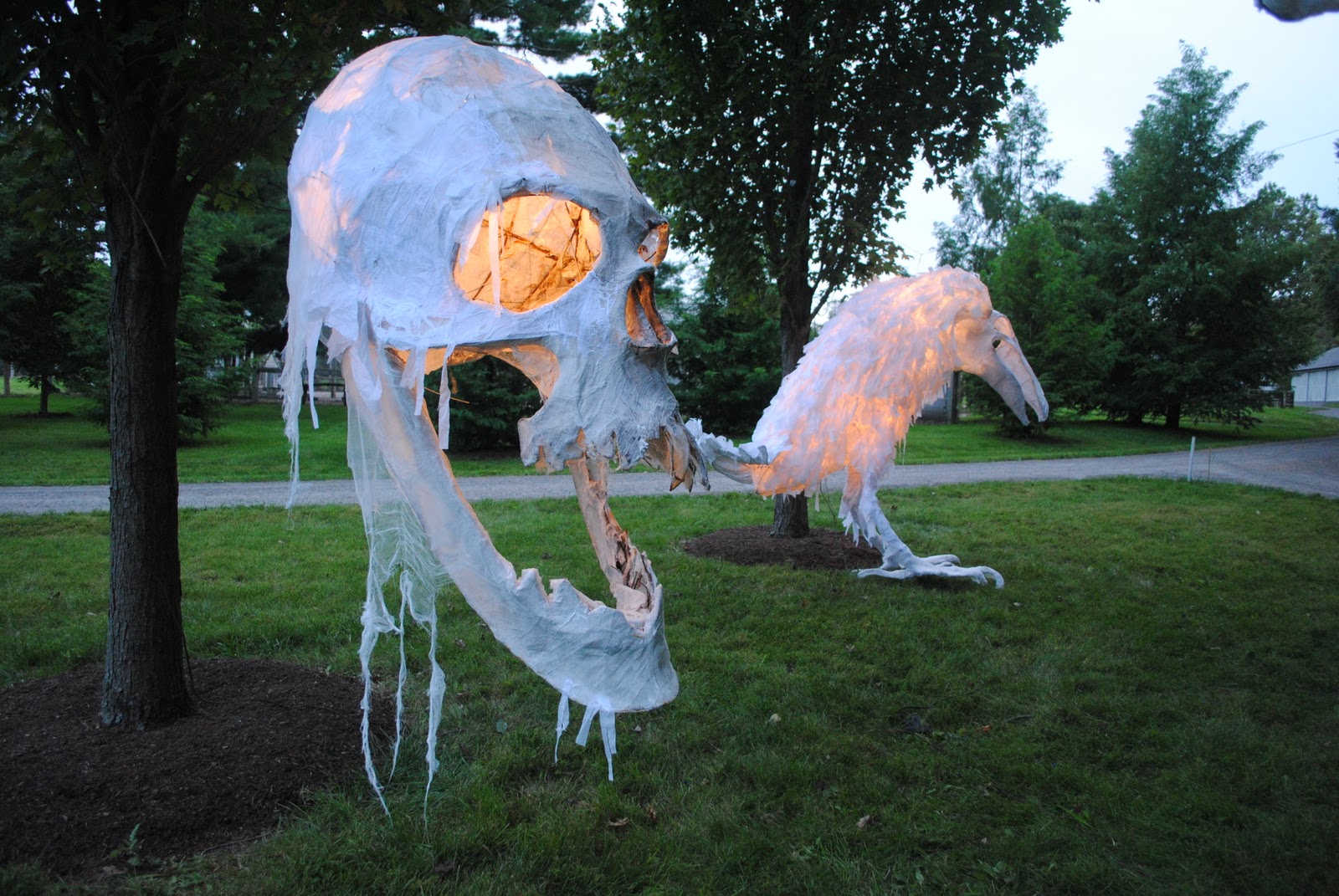 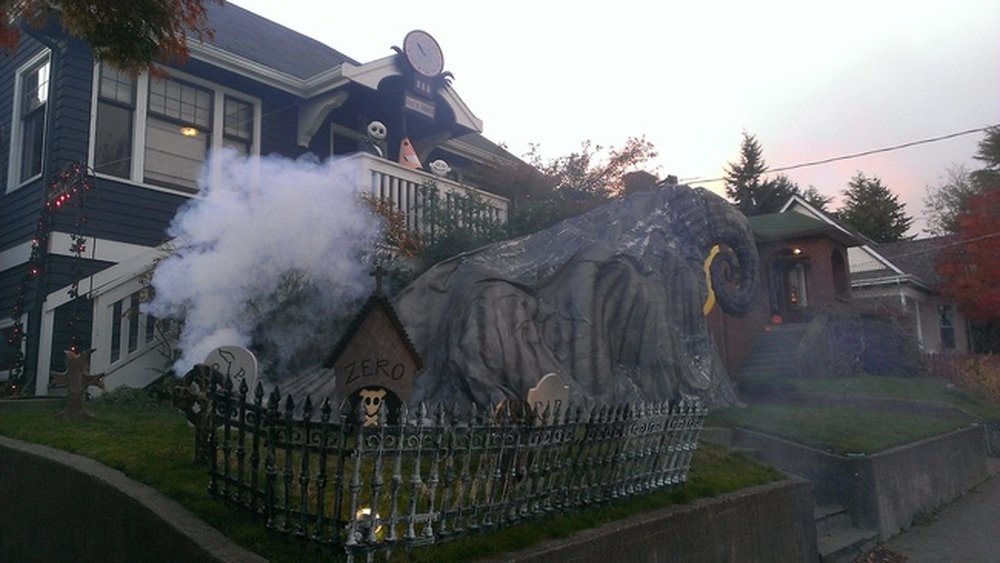 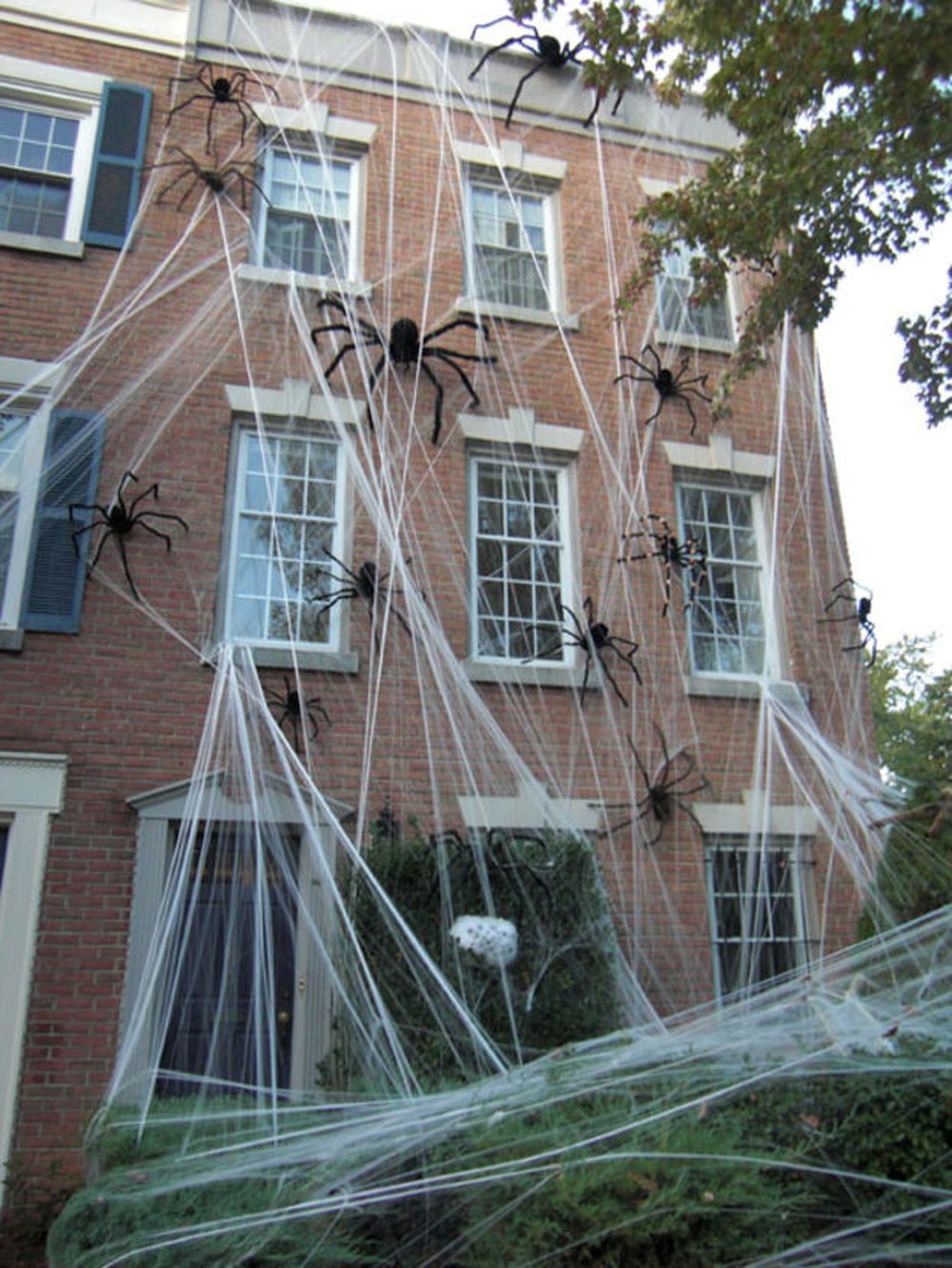 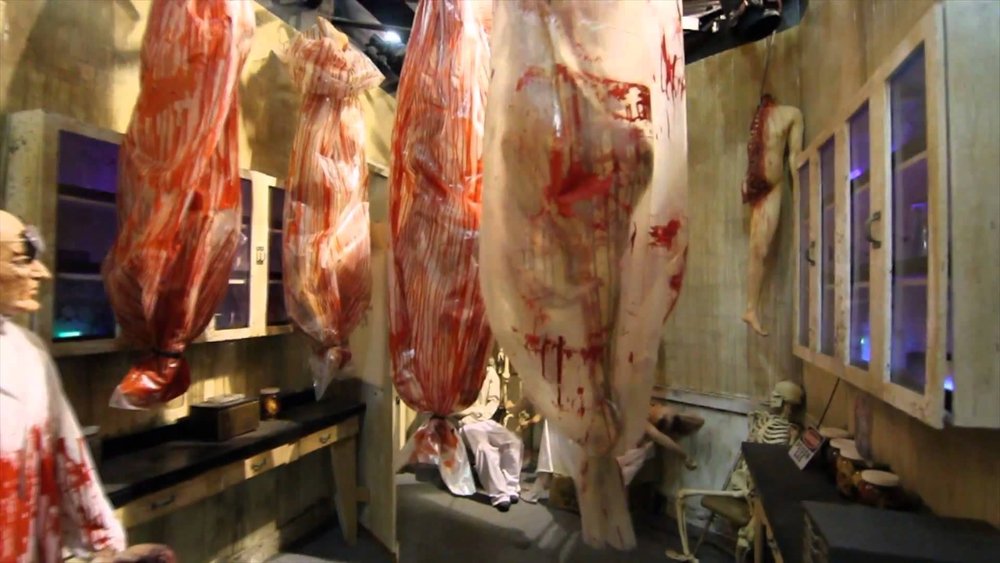 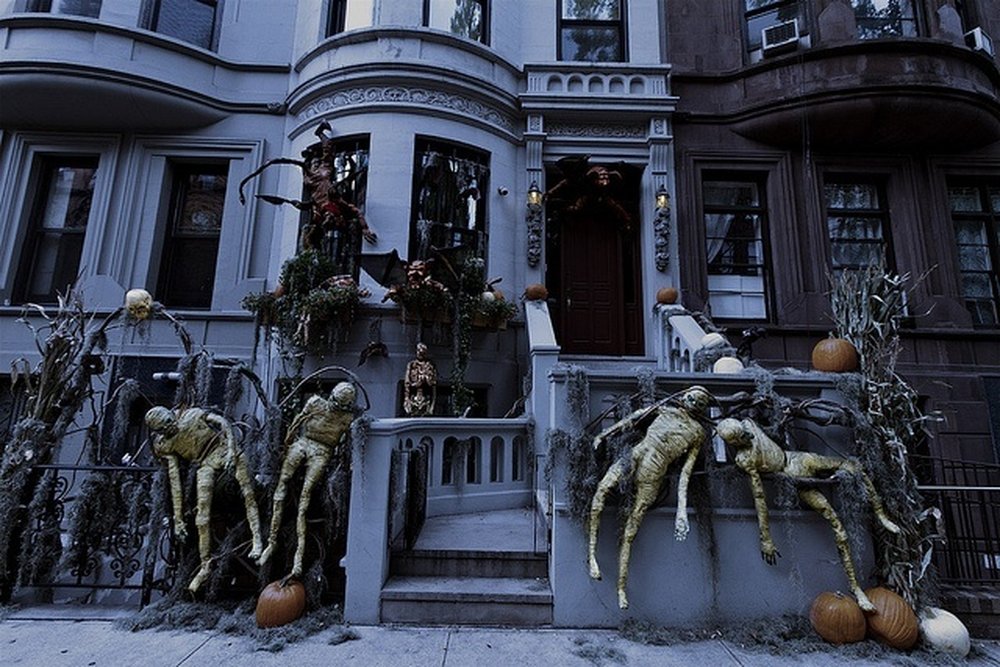 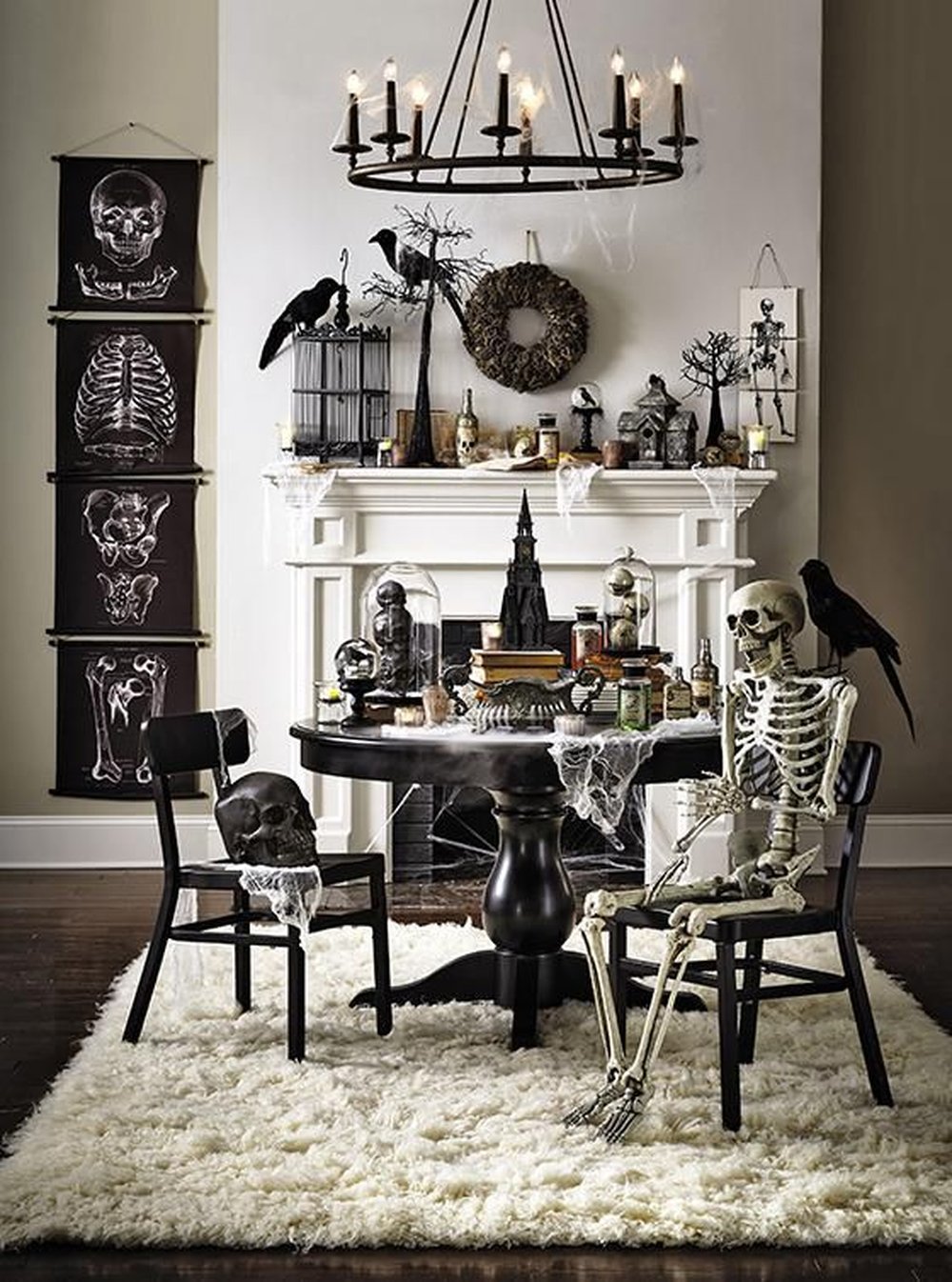 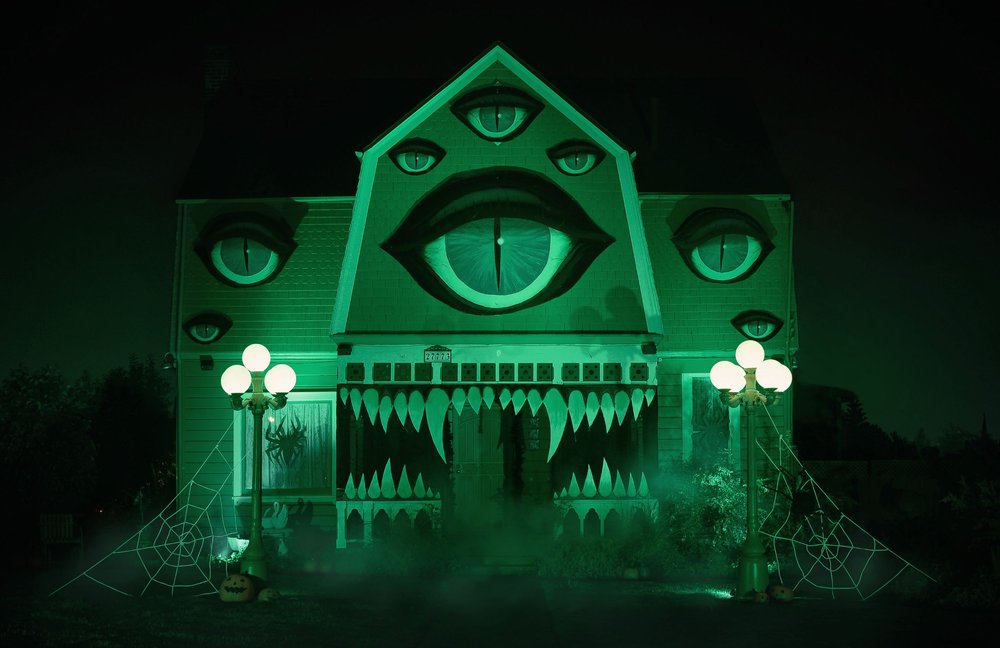 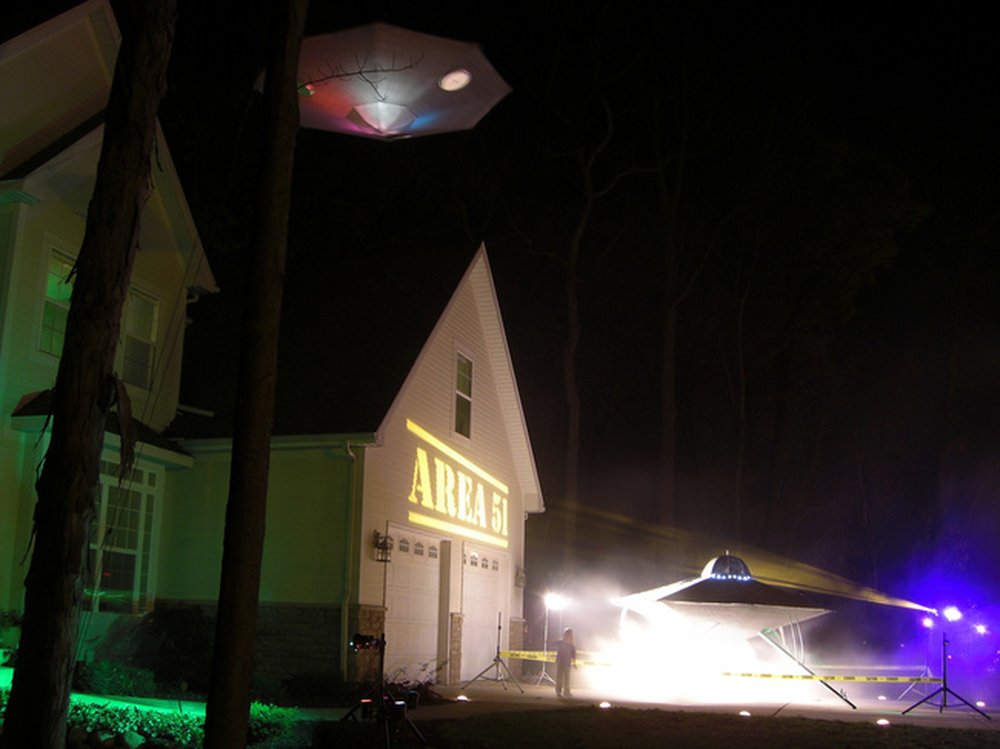 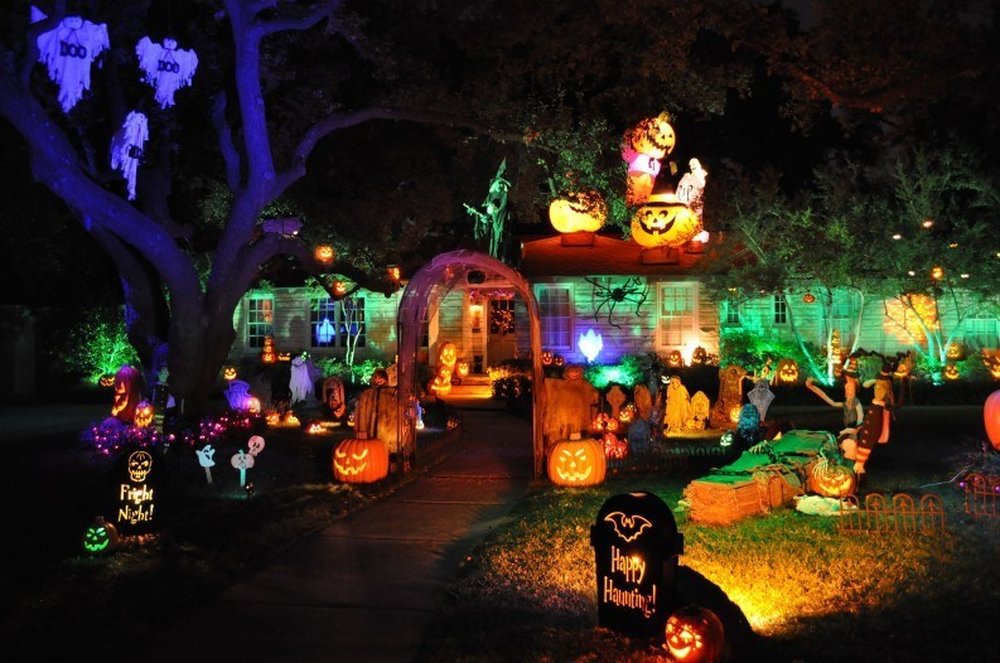 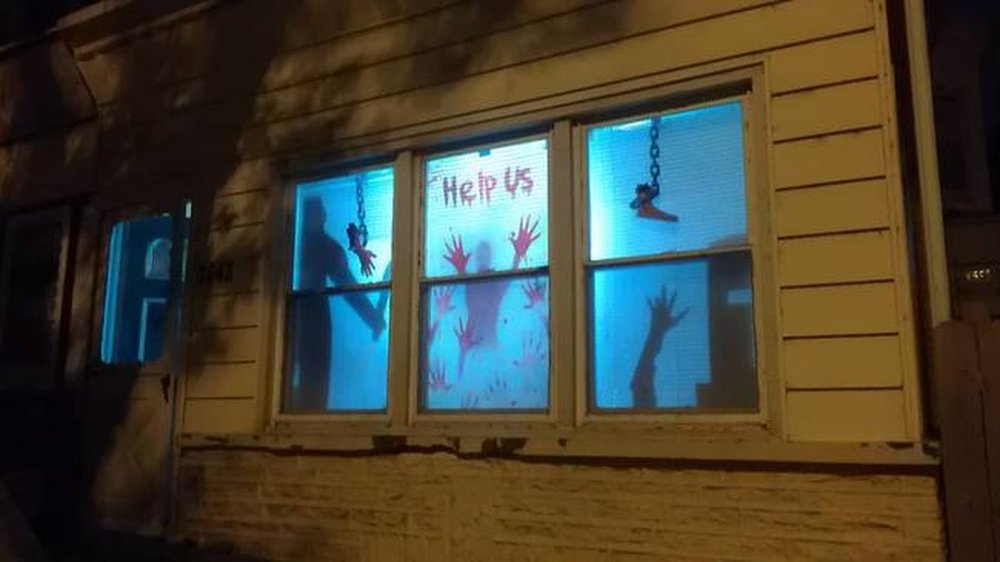 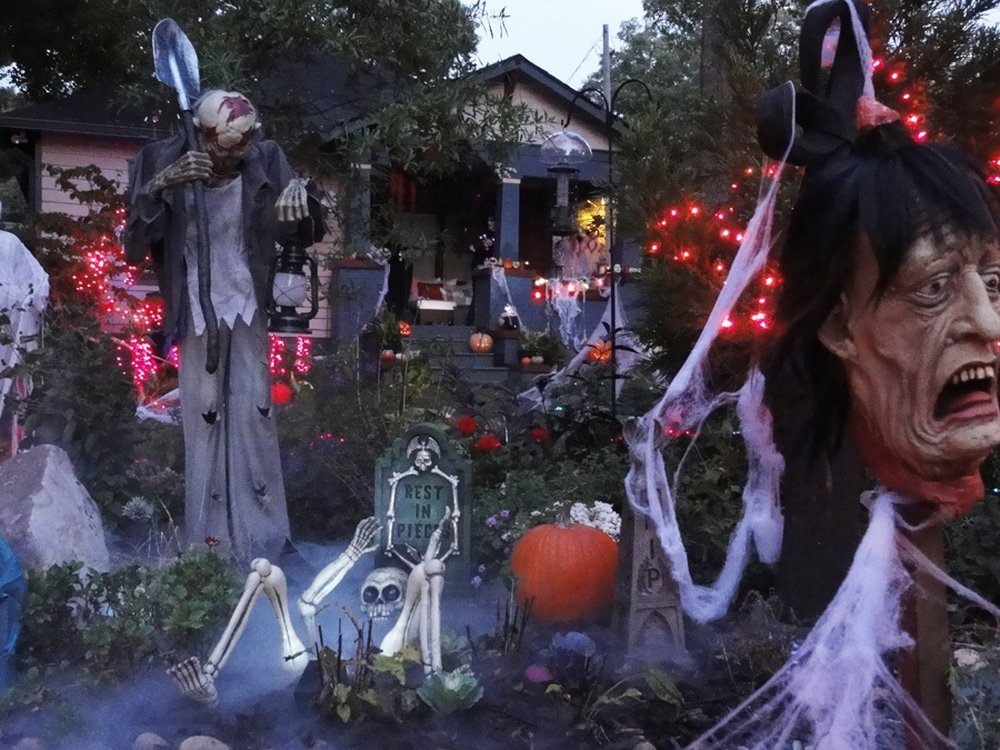 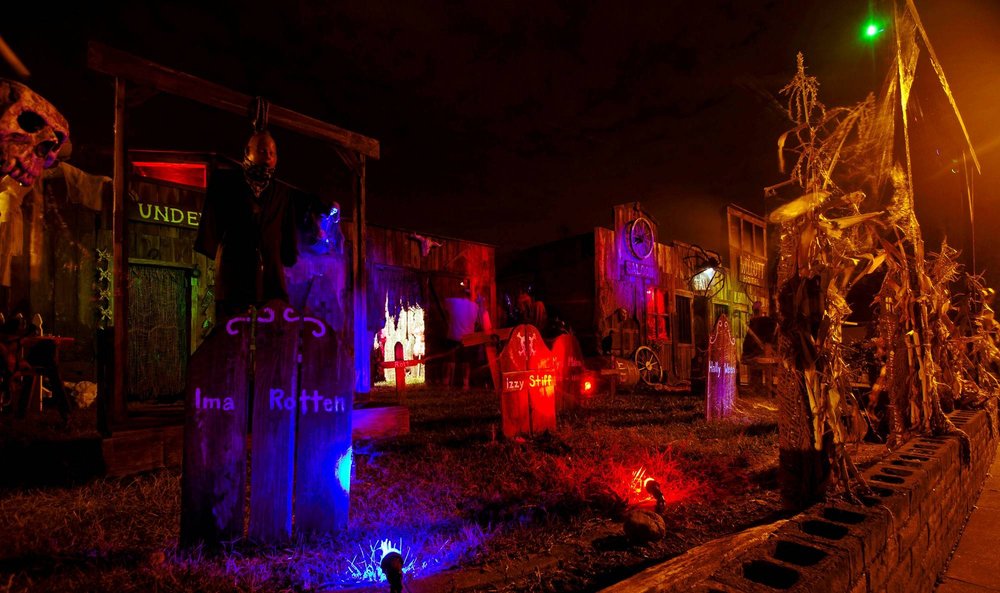 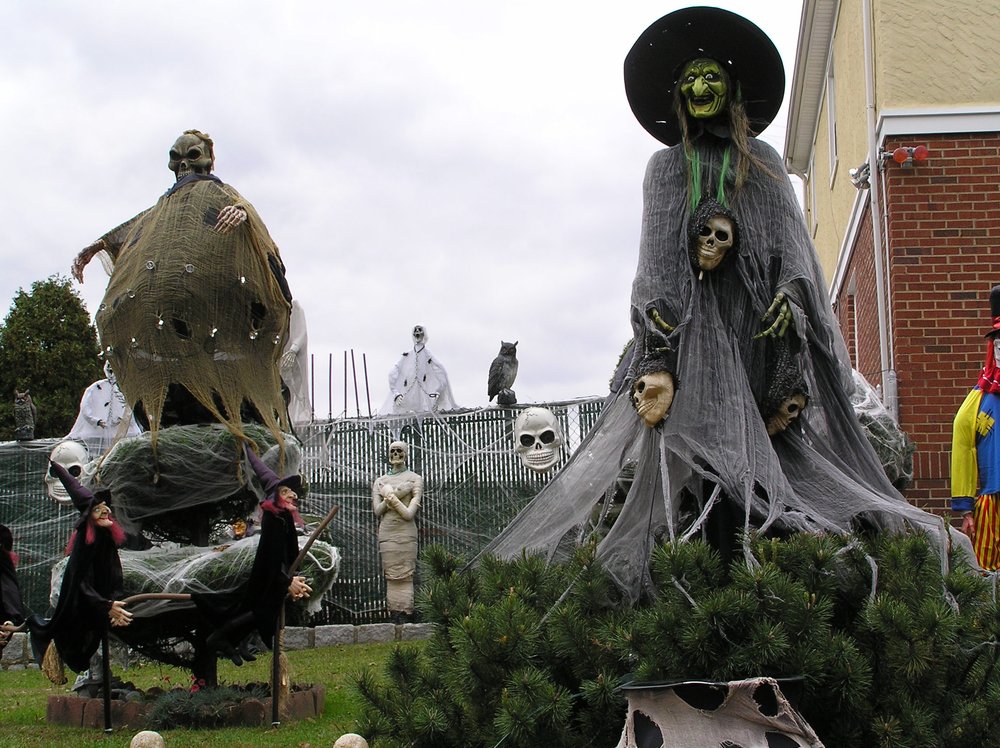 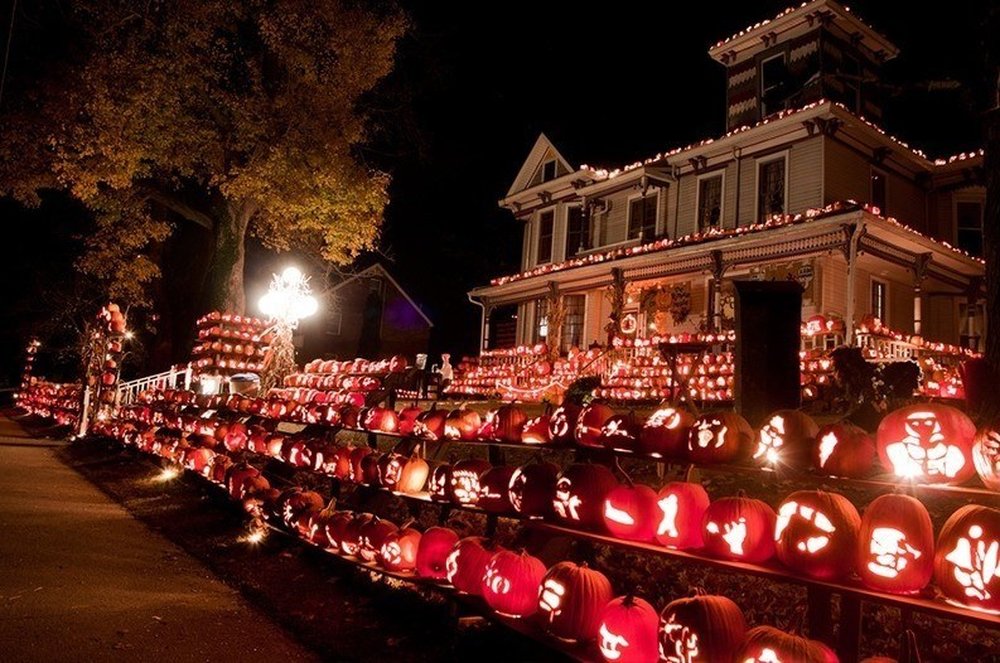 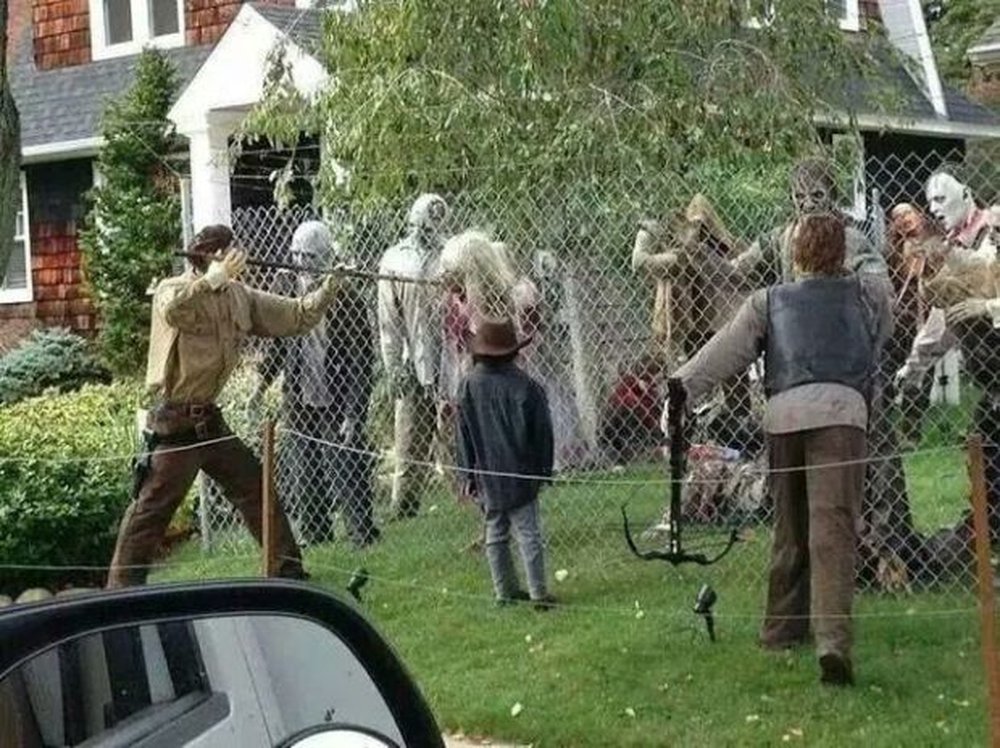 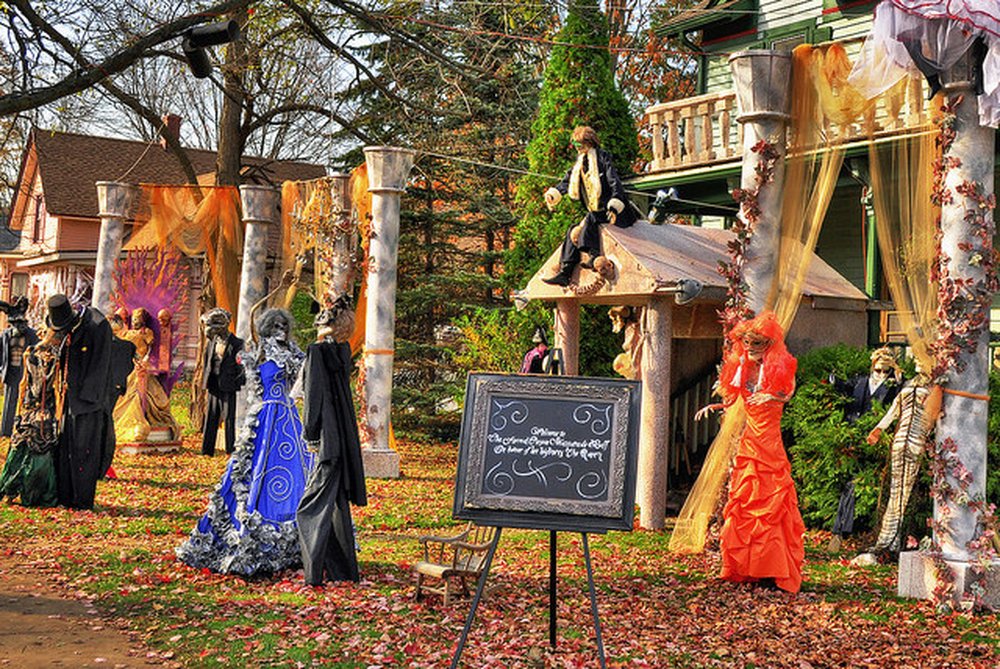 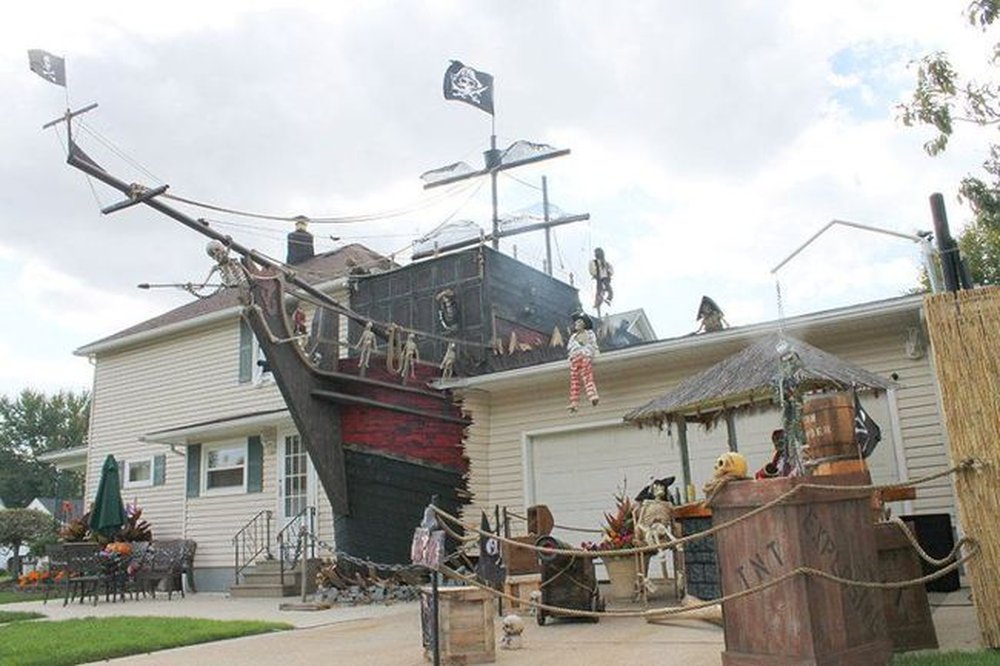 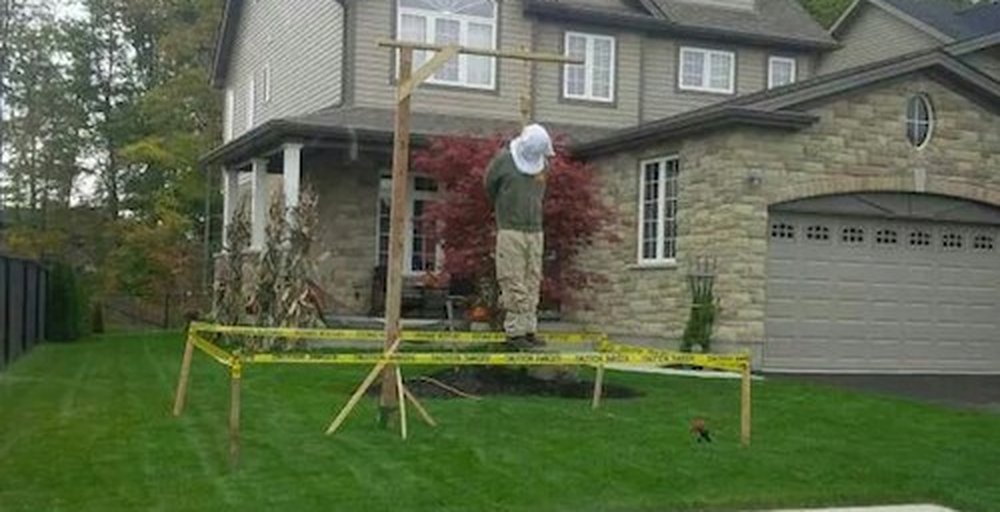 Halloween brings out a special kind of person. While anyone can enjoy the food, festivities, gifts, and gallons of booze that come with other holidays, there’s a unique spirit to All Hallow’s Eve. Those that adore this holiday do so with a vigor and relish that astounds and often horrifies those around them. The disciples of darkness who enjoy the freak-filled nature of the fall always bring their A-game, whether it be with costumes sure to astound and amaze, jack-o-lanterns that can cause envy, or in the regalia they use to dress up their homes.

When you’re ready to get inspired and give your home the makeover it deserves, here’s 23 houses that are doing Halloween decorations eerily proper.

Halloween decor doesn’t need to be all ghouls and spooks. You can just pick a theme and take it way over the top like these folks did. Smart and clever, some serious work and know-how went into this setup, with details like the broken siding on the house making the illusion complete.

Halloween doesn’t need to be a grotesque affair. The living dead have a modicum of class, and they enjoy a nice cotillion as much as any debutante. It’s so well-executed, it’s almost inviting to take a turn ’round the ballroom floor with some undead gentleman caller.

The dead can dance, but usually they just shamble. This home decided to show their deep-seated love for The Walking Dead by recapturing the glory days at the prison, before Negan and his bat did away with our heart and soul.

Jack of All Lanterns

In the tradition of going big and sticking to a single theme, making more than 100 glowing pumpkins is one way to really ring in the harvest season. The really scary part: what kind of carving monster has that much time?

Hodgepodges can turn into a disaster fairly quickly, but aiming at a general idea, such as skulls, witches, and some ghouls usually keeps the decorations right in the strike zone.

We love ruins and abandoned places, which is why this Old West tableau holds such a special place in our hearts. Getting a whole section of the street to work on a single layout is impressive in its own right, but being able to bring a ghost town to afterlife is true art.

Not only is this attractive in a playful kind of way, it actually deters greedy trick-or-treaters since they have to carefully pick their way up a narrow path right before you throw spiders in their face. Trick, you little beggars.

To avoid the inevitable jackasses who insist on smashing pumpkins and laying waste to hard work, you can decorate the inside of your home and then use creative illumination to let your grim light shine. Plus, you never have to go out under that ball of fire in the sky.

Managing to be happy and playful, this method uses all of the same moving pieces as a terrifying haunted house, but taken to cartoon levels that makes it bright, and inviting, but no less stylish than its dour counterparts.

A conspiracy theory is only a guess if you can’t prove it. One need not look only to the graves in the ground for inspiration, but to the beings from the stars who control our every word and deed. The scariest part: This isn’t the biggest thing the government has covered up. Not by a looooooong shot.

The killer house is always a nice look for those who would rather paint than go with props. A few pieces of artfully dabbed and hung plywood or some water-soluble dyes create an ambience that’s good enough to eat…you.

Decorating the outside of a home shows Halloween pride. decorating the interior takes devotion or severe mental illness. Either way, it’s a definite victory when it shows such understated panache in a scene that would make Poe proud.

Usually what you need to make a really quality arrangement is a home in the suburbs with a nice yard, but here’s evidence that even a brownstone in a city can be made up and made over to add to the depressing grays inherent in the concrete jungle.

It’s the two things we all fear most: Escaped lunatics running amok and suburban dwelling. The real sense of action and movement is what catches the eye here, giving a sense of energy to the scene that’s anxiety-inducing.

This household used a small entryway into their house to create a macabre obstacle course that trick-or-treaters had to navigate before being granted an apple full of razors. It’s a good example of using mystery in opaque plastic to ramp up the unsettling nature of the scene.

Nearly everyone has used a few of those sticky cotton cobwebs to decorate the sides of their home, often to irritating effect. Here, the game is taken to a new level. As hideous as this is from afar, standing under the leer of those spiders is an even less pleasant sensation.

There’s no shortage of nods to Tim Burton’s wonderful Nightmare Before Christmas, though no one commits to the bit like this home. From Jack overlooking his kingdom to Zero’s grave, it’s enough make anyone want to kidnap the Sandy Claws.

Odds are good you’ve made a papier-mâché skull by popping a balloon, but when you want to turn it into art that is larger than life, complete with glowing interior, these are the examples to follow.

Believe it or not, there’s a house behind there. When space is at a minimum, devising a large grave is all it takes to bring out the dead.

Technology is playing an increasingly impressive role in the Halloween decorating game, with this 3D-mapped eye showing what can be done with just a little light. Forget about doing a lot of dirt-world creations and digitize your decor.

It’s a bunch of zombie babies in cages. It can’t be clearer than that. Plus, a bloody Easter bunny on the porch.

I Hate My Neighbors

Give everyone on your block the feeling that they’re sleeping in a seedy hotel off the Vegas strip. Guaranteed they will donate many eggs to you in thanks.