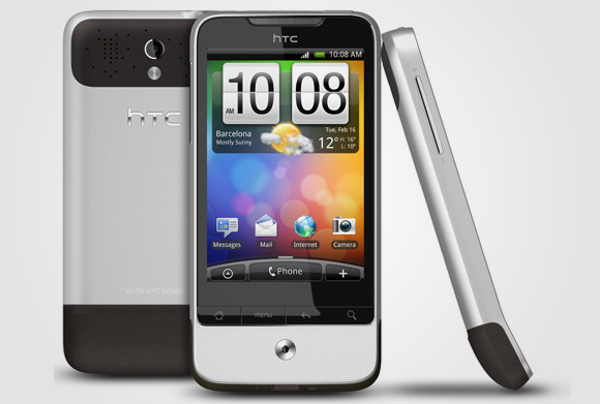 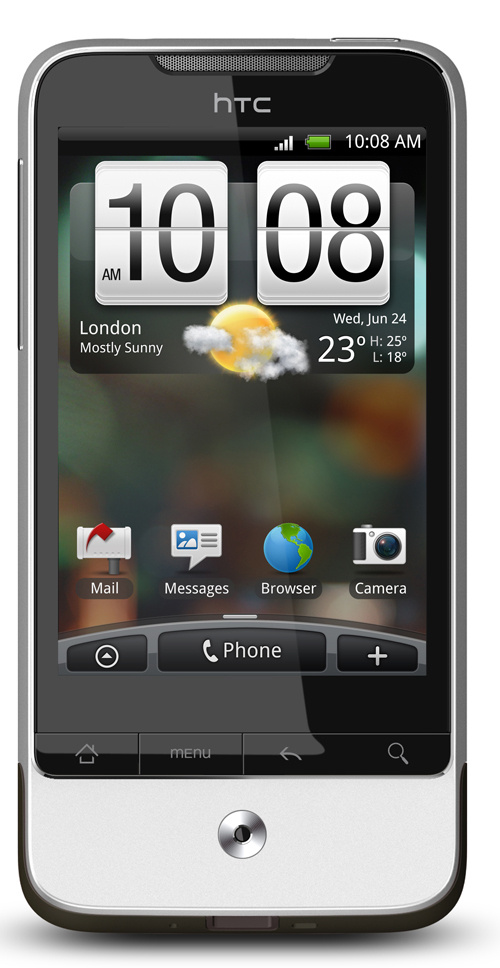 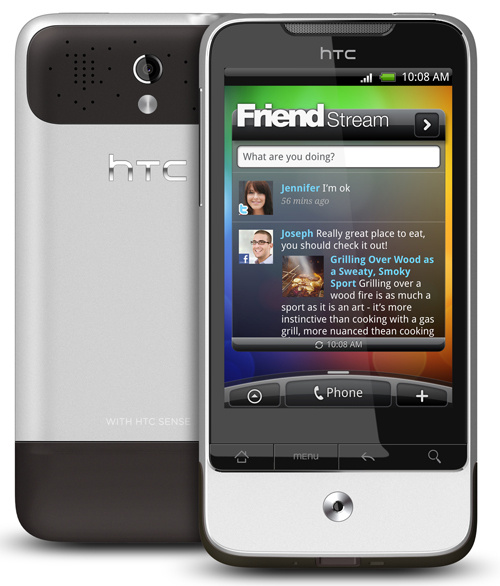 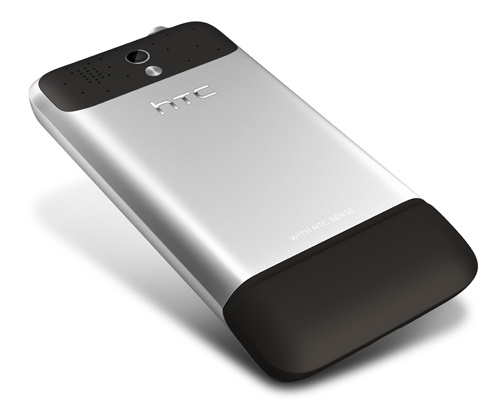 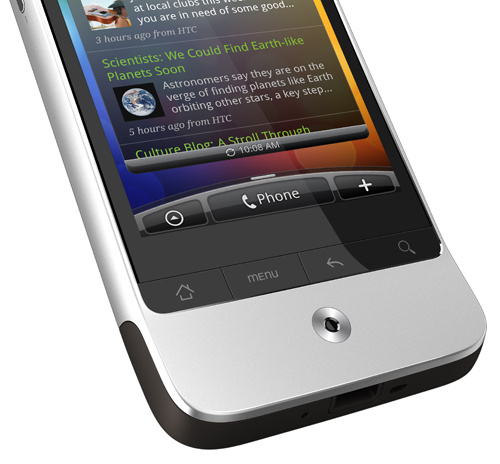 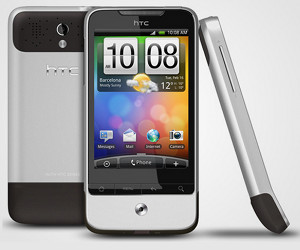 HTC has officially taken the wraps off their next-gen HTC Legend Android smart phone.  Its bright AMOLED display and unibody aluminum build are amongst the sexiest we’ve seen yet in a smart phone, but its specs prove that its beauty is not skin deep.

February is always a busy time of year for the mobile industry, and HTC takes no exception to the rule.  The Mobile World Congress has convened in Barcelona, Spain, where the world’s leading mobile developers show off their new wares.  HTC has released a flurry of new products, but the HTC Legend and HTC Desire are the clear standouts.  While the Desire may have the edge in hardware, the design factor of the HTC Legend has earned our undivided attention.

Like the MacBook Pro laptops of late, the HTC Legend features a unibody aluminum design, meaning it is created from a single sheet of aluminum.  This adds to the device’s durability and underscores its sex appeal.  Front-and-center, the Legend uses an AMOLED display with a 320 x 480 resolution, fully capacitive for multi-touch control.  Under the hood, the Legend is powered by a 600 MHz processor, 512MB ROM, 384MB RAM and connectivity for Wi-Fi, Bluetooth, and GPS protocols.  It’ll run the latest Android 2.1 operating system with the sexy HTC Sense UI, making its soul as lovely as its skin.

This writer has owned six, yes six HTC products in recent years.  While this relationship has not been free of frustration at times, it is products like this that ensure I’ll own a seventh.  [htc via tfts]