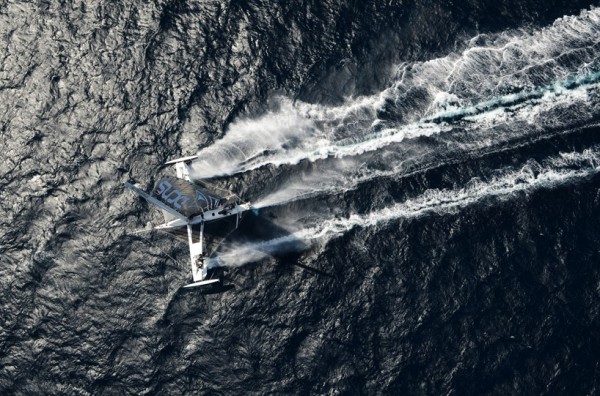 The world’s fastest sailboat is about to set sail on a voyage to claim the transpacific speed record for a wind-powered vessel.  The Hydroptere sailboat is a marvel of engineering and materials technology, using a carbon composite and titanium frame design that floats up to 15 feet above the water.  To reduce water drag and improve its aerodynamic shape, Hydroptere features a primary central foil and a pair of wings on either side that raise the ship above the surface at cruising speed.  At full sail, the Hydroptere can reach speeds of up to 52 mph, a blinding speed for a sail-driven craft.

The Hydroptere is planning to further its claim as the world’s fastest sailboat on a record-setting transpacific voyage.  It will be traveling from Los Angeles to Honolulu with support ships in the hopes of setting a new high mark for its class.  Hydroptere is currently in Paris, undergoing preparations for its record-setting voyage at the architecture workshop of Jean Nouvel.  It will set out in the weeks ahead under the leadership of Alain Thébault, Jean Le Cam and Yves Parlier.  Bon Voyage, gentlemen!  [photos by Guilain Grenier, via designboom] 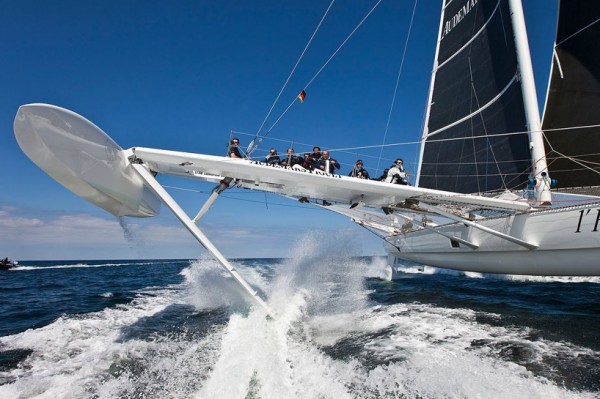 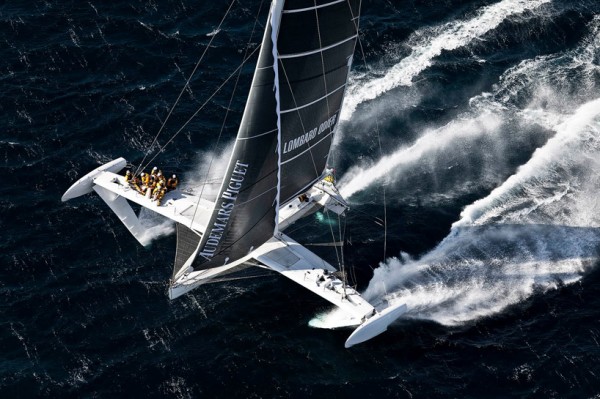 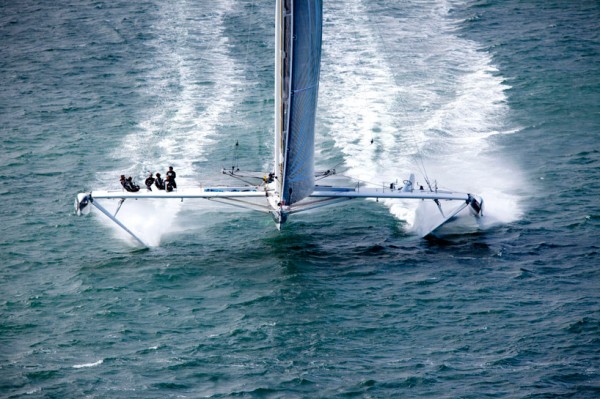 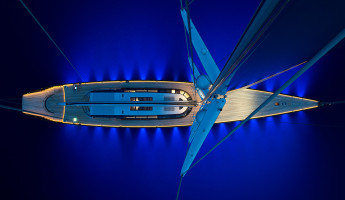 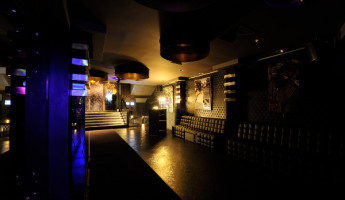 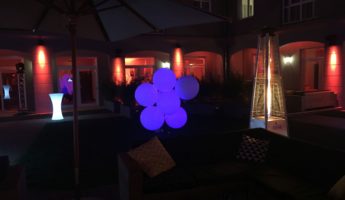