Sign Of The Times: 12 Minimalist Logo Designs That Inspire

Brand logos are everywhere, on almost every product we buy. We’re so saturated with these corporate icons that we rarely think about them, but each one is designed to worm its way into our subconscious so that every time we run across it, we’ve been programmed to recognize what brand it belongs to. Making an item that can stick in our heads this way is a art unto itself, which can barely be called mere graphic design, but rather becomes a kind of subliminal psychology rendered by the hands of the artist that creates it. To do it well is to be forever remembered, like the Golden Arches. To fail is to be forgotten, like…well, there’s probably several examples. Just none top of mind.

The deceptive simplicity of many logos actually hides a message, or several, all in the span of the time it takes to look at a cute picture. They are not only memorable, but tell you more about the brand than you realize. The point is not only to inform the viewer who is behind a product, but also give you an emotional reaction that will help it stick in your overloaded memory banks. Here’s 12 examples that will have you wanting to build your own brand’s look and feel.

The picture shows a breakdown of exactly what AirBnB was going for when they built their logo. It’s a warm, friendly, inviting creation that has rounded corners to give it a pillowy appearance; apt for a website specializing in comfort and hospitality. The “A” is obvious, but the logo also implies the “B’s” as it can be tipped on its side to look like the beta letter of the alphabet. All told, one of the deepest logos in operation today.

It’s tough in the business world for women, who are still coping with the tired notion that they’re somehow less business-savvy than men, even when data says the opposite is true. Here, there’s a powerful but slight female figure taking the place of a business tie. It says in stark black and white that the association has the ability to be a consummate pro, while bringing a feminine flair. It’s progressive, with the woman’s body seeming to emerge from the boring old business suit, as if being born as the next phase of professional evolution.

FedEx is popular for having an understated arrow built into the letters between the “E” and the “X,” along with their playful colors. While competitor UPS was branding itself as a postal service alternative using uniform coloration and staid, professional looks, FedEx wanted to be more fun, yet showcase that they were no less professional. The arrow implies precision and speed, while the purple and orange on a field of white give a sense of the clean fun that comes from getting that Amazon order full of goodies.

Rolex makes amazing watches, which is always going to help a brand stay alive, but they also started out by telling the world they were going to rule the roost. The crown logo is both a nod to the crown used in watchmaking, something that any horologist or enthusiast will instantly notice, but also says that Rolex is the king. The bold, classic letters with their etched look say timelessness, as something set in stone.

A personal favorite, the I’s keep the mind on the name of the brand, but also look like a team of people prepared to help. It also appears to be a generic bar code, further giving the sense that these agents aren’t there for themselves, and aren’t looking to be flashy. They’re here to be invisible, but with the tie in the center, it also says they’ll do a professional job for you. In looking quite generic, there’s also an implication you’ll pay less than with an agent that prizes pomp with their circumstance.

The spotlight look gives a sense of media production, while the components of the name are shown in a recognizable and glib style. It’s inviting without being unprofessional, and speaks of looseness and creativity that’s also wholesome and whimsical.

There’s a lot going on here in this psycho-sexual example of targeted branding. Angular lines create a sense of stern professionalism, with the green field implying being among the links, swinging away like President Trump seems to be doing instead of running the country. A pair of golf tees are front and center, comprising the engine parts of the inverted rocket. The rocket further has a deeply phallic shape, a subconscious assertion that this is a man’s place to play.

Outside of the Xbox, there’s really no reason to use any Microsoft product, as there’s better choices for everything else they do which can be had for free. That being said, the Windows logo was a stroke of genius. It shows how the windows work, implies clarity of vision and transparency, and is given a bent shape to give it a sense of dynamic movement. If the software were a quarter as good as the logo, no one would ever need anything else.

The phase is one that everyone is familiar with, and one that conjures up images of brilliant people in white lab coats hiding in a research bunker curing the ills of the world. Since that notion is a little clinical and uninviting, ThinkTank used a fun combination that plays on the words, showing a degree of aggression with the tank treads, to show forward movement, along with the weapons of the tank replaced by the light bulb of ideas. Together is says smarts and action.

Starting off with the sepia coloration, this logo is all about looking into the past and doing things the old world way. It features a big, friendly cup of steaming joe that transforms into the walls of the Roman Colosseum, telling viewers all the need to know about what is being offered and what to expect.

We Are Creative Collective

Though mentally we’re aware that wearing glasses doesn’t make a person the slightest bit more cerebral, there’s still a tacit feeling that brains and bad vision go together. Here, the logo isn’t branding about the company’s know-how, it lets our own mis-identification do the work. Then, it uses those same icons of intelligence in a creative, strange way that implies many minds working together in perfect harmony. Plus, it’s weird and striking, thus sticking in our minds.

Logos that are as much about what aren’t there as what is stay in our minds because our brains actually have to work harder to understand them. By forcing us to subconsciously fill in the blanks, the logo ensures we can’t get it out of our head, while enticing us to look deeper. Specifically and spectacularly vague, you inherently want to know the whole story. And they’re the only ones that can tell you what it is.

9 Foods That Aren’t Actually Bad For You 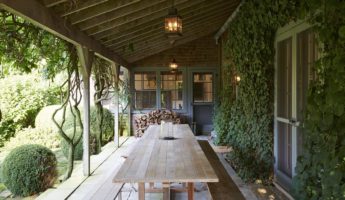 AC Free: 17 Sustainable Ways to Cool Your Home This Summer