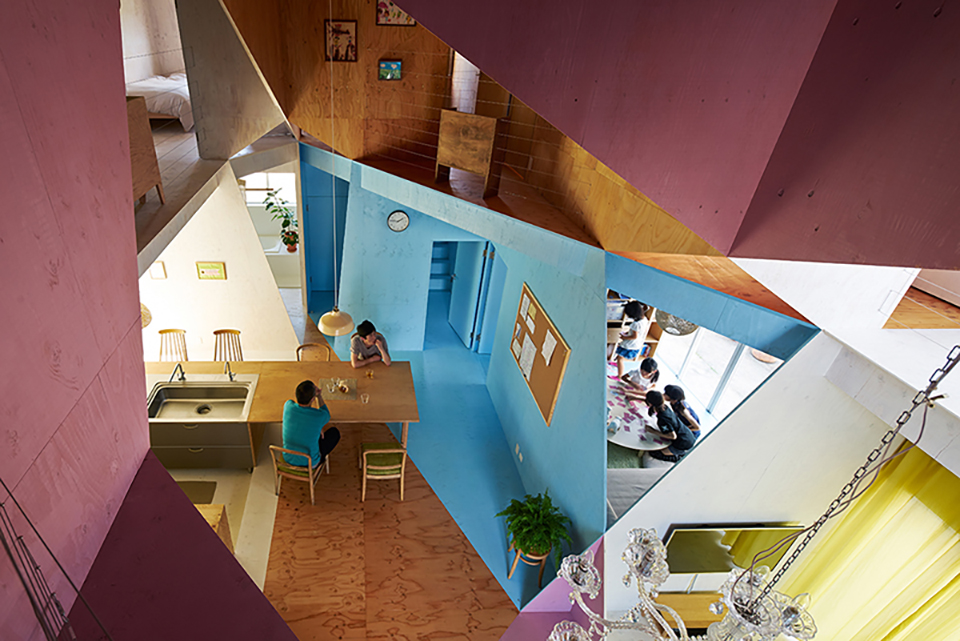 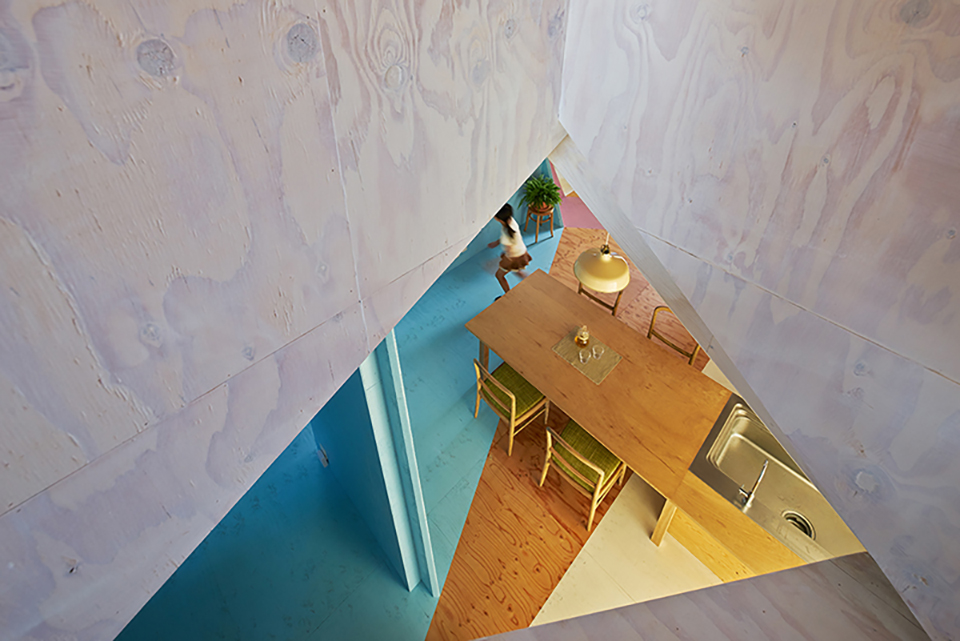 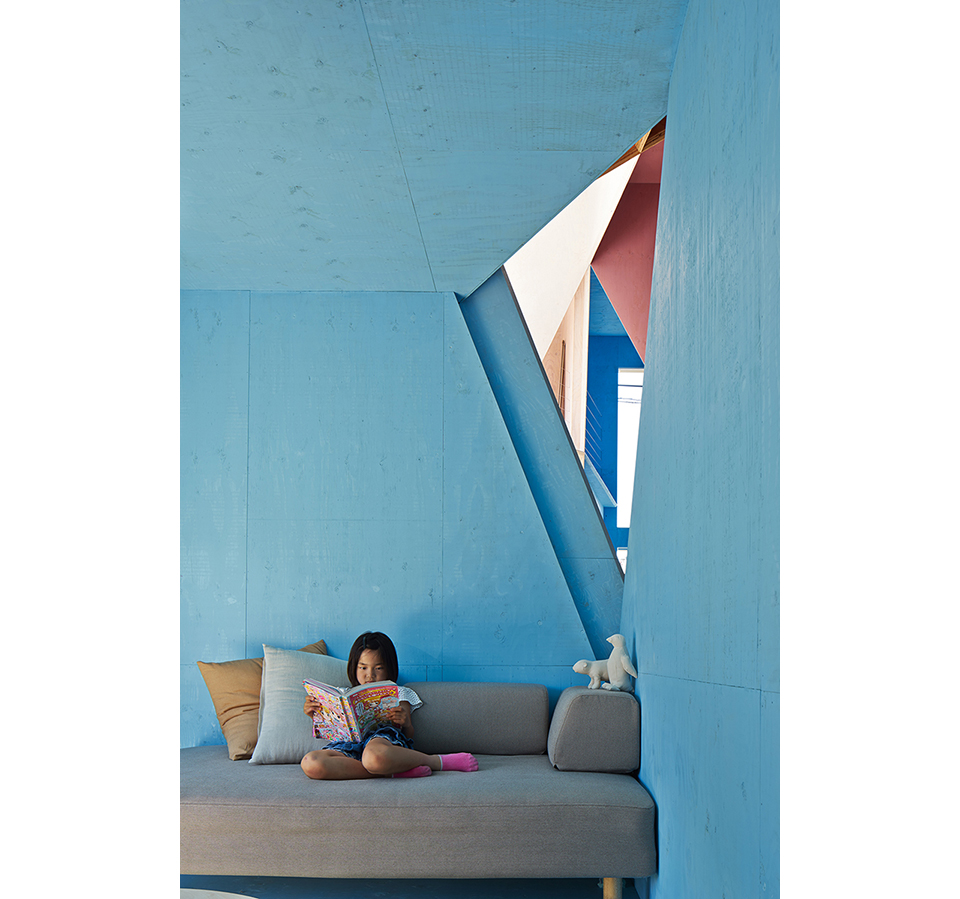 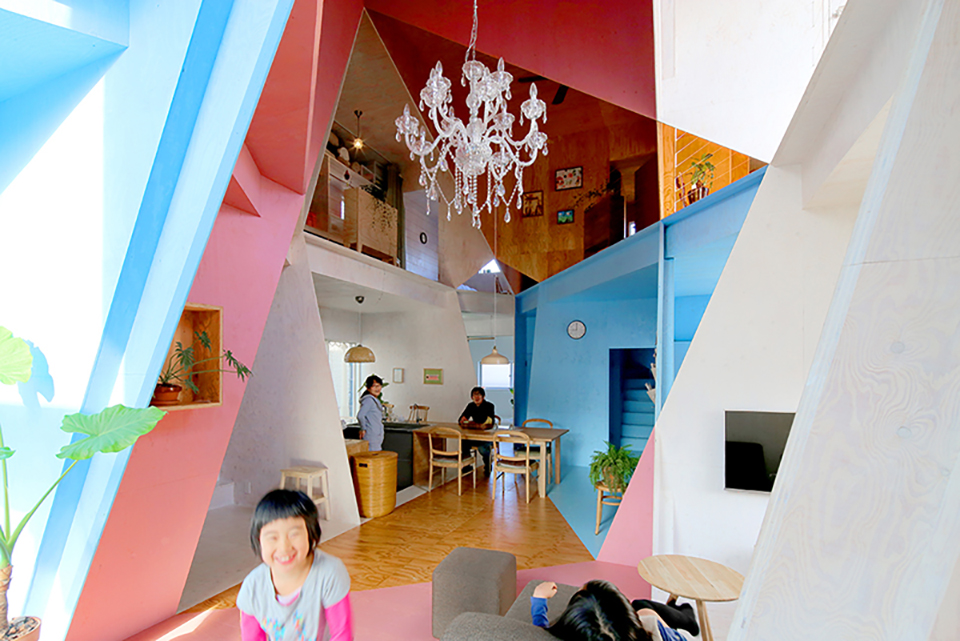 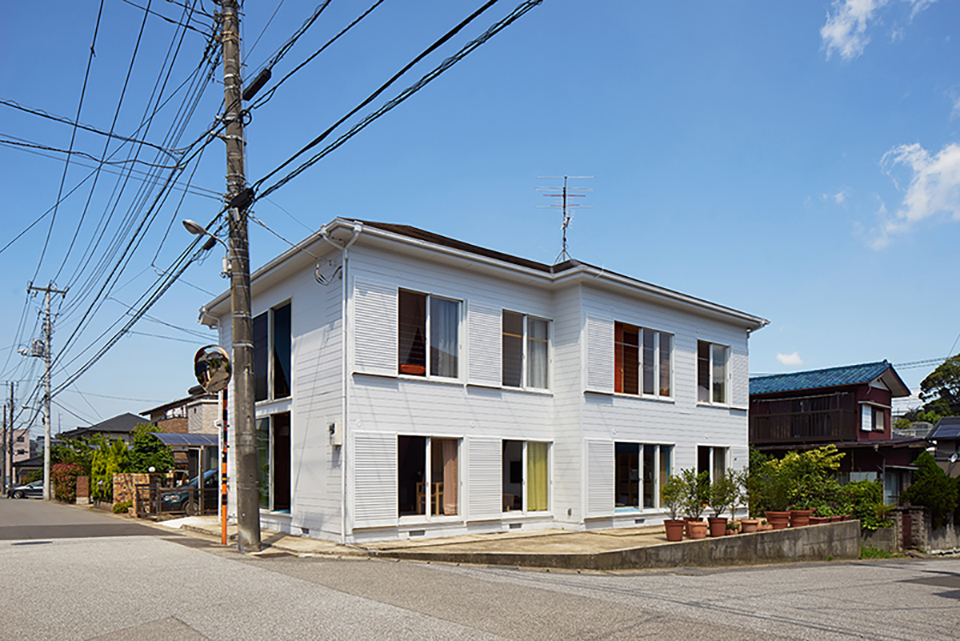 Designers see opportunity everywhere. Such is the case for Kochi Architects Studio, a design firm based in Tokyo, Japan. The architects at Kochi have transformed a dull, aging apartment building into a vivid visual playground. The “Apartment – House” is a creative, colorful cross-section of the original space that completely transforms its identity. The exterior has stayed the same, but those who enter the home step into a completely different world.

Those who are fortunate enough to enter see something truly unique — a vivid, kaleidoscopic dream house that is treasured by its occupants.

When architect Kazuyasu Kochi got ahold of this structure, it was slated for demolition. It had fallen into disrepair, losing any sense of visual charm along with it. Kochi saw an opportunity to maintain the original structure, to keep its unassuming presence in its neighborhood and to instead build something special inside. So a series of rooms were designed to suit its eventual inhabitants, then the rooms were sliced apart to create an open connection between the spaces.

Upon entering the Apartment – House, the design is difficult to comprehend. Each room appears to have its own color identity, and the spaces intersect thanks to angular cuts throughout the home. It’s as if a large portion of the interior were sliced out digitally, and what remained were the hard cuts and sharp intersections between spaces. The result looks like a work of MC Escher, but in fully vivid color.

What is so remarkable about this design by Kochi Architects Studio isn’t just the wild interior, its that the design is mostly a secret to those who are welcomed inside. Anyone else who passes the home on the street just sees the same old unassuming apartment building that has stood for many years. Those who are fortunate enough to enter see something truly unique — a vivid, kaleidoscopic dream house that is treasured by its occupants. [photography by daici ano] 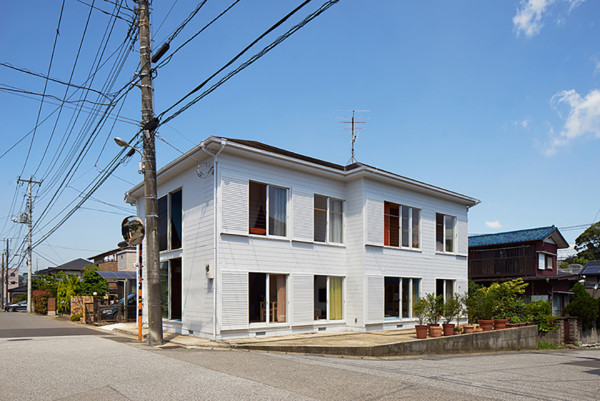 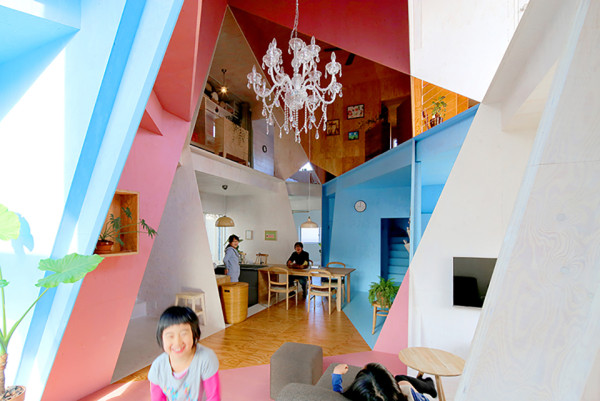 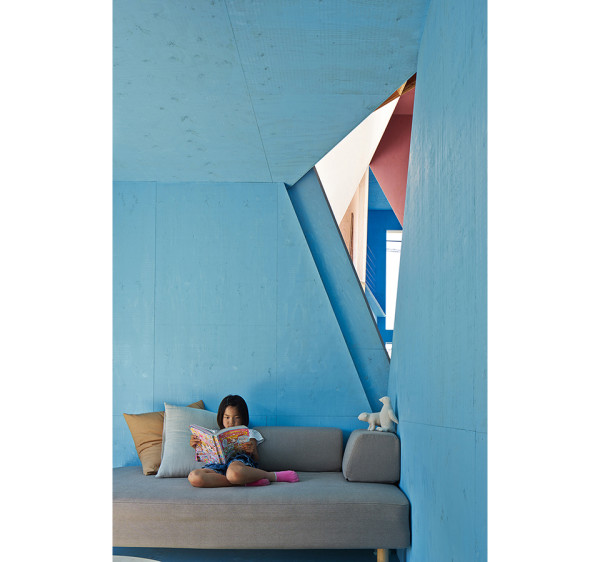 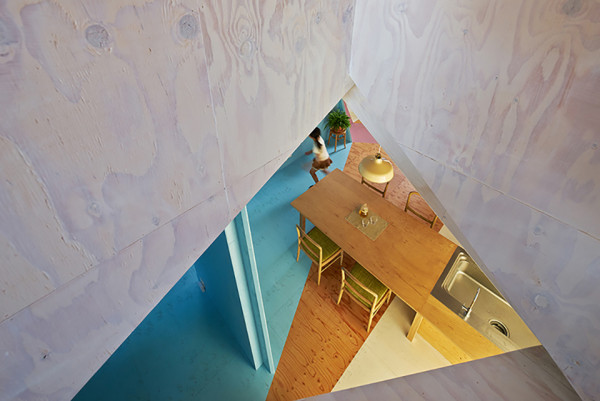