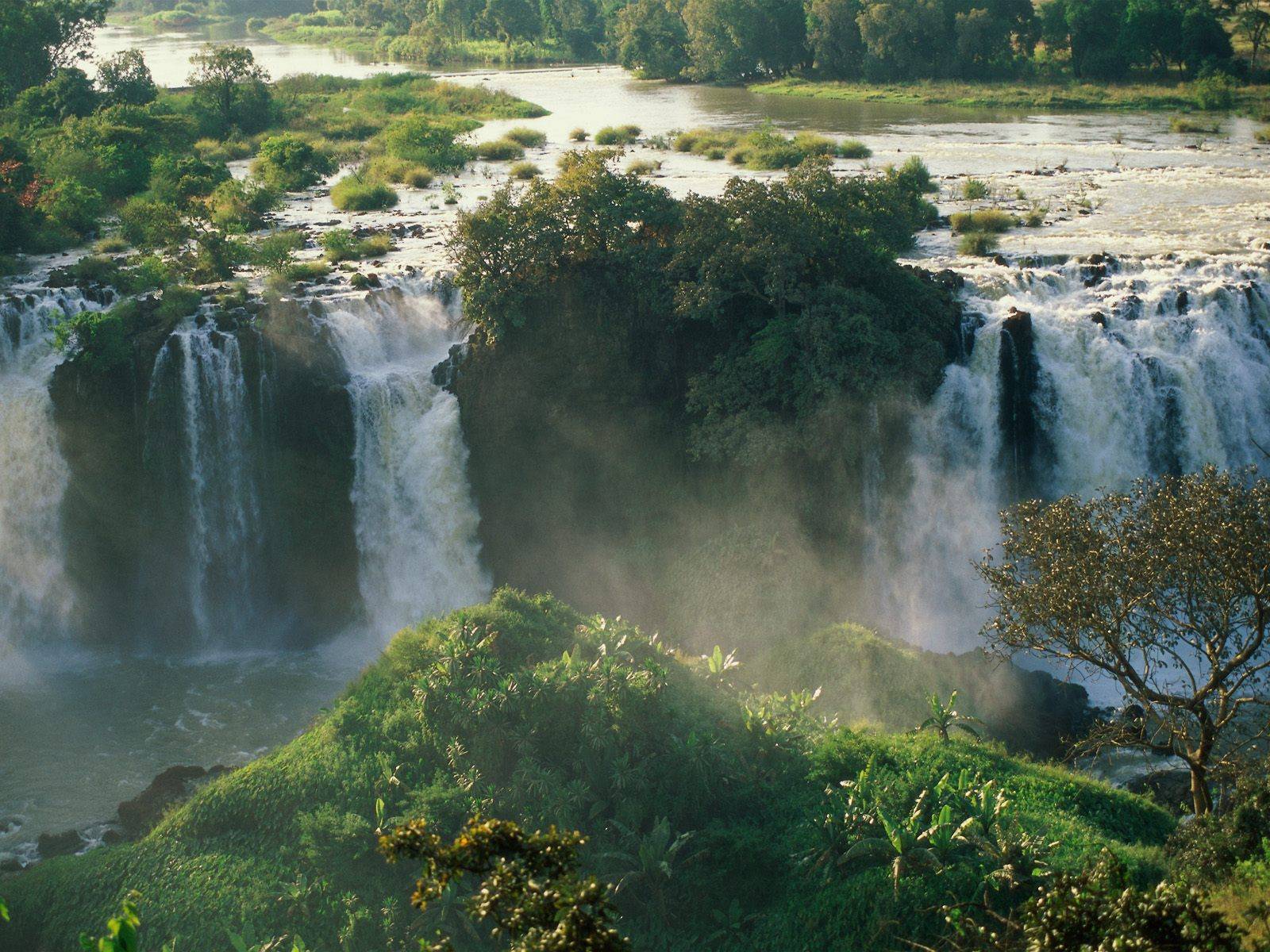 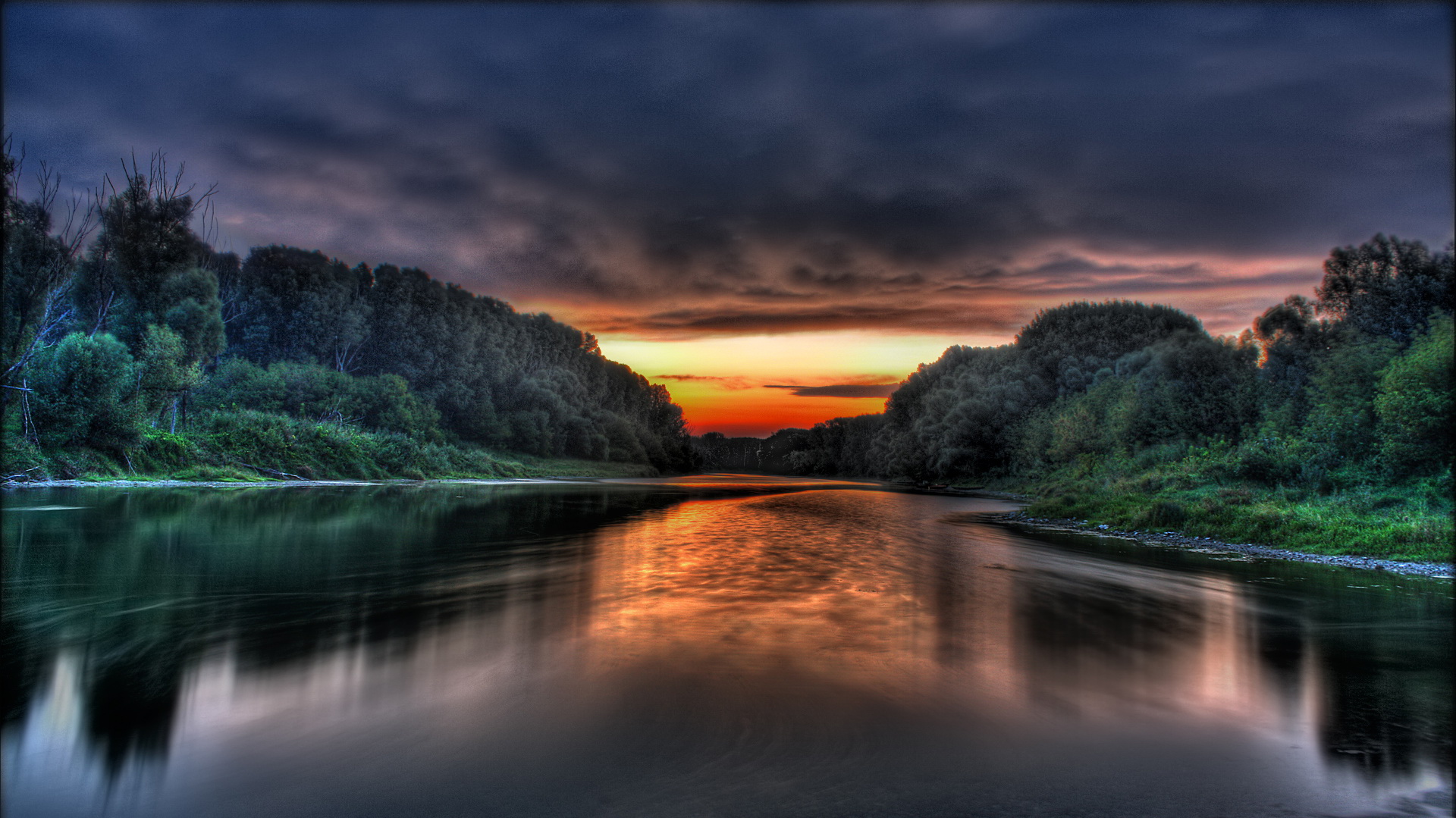 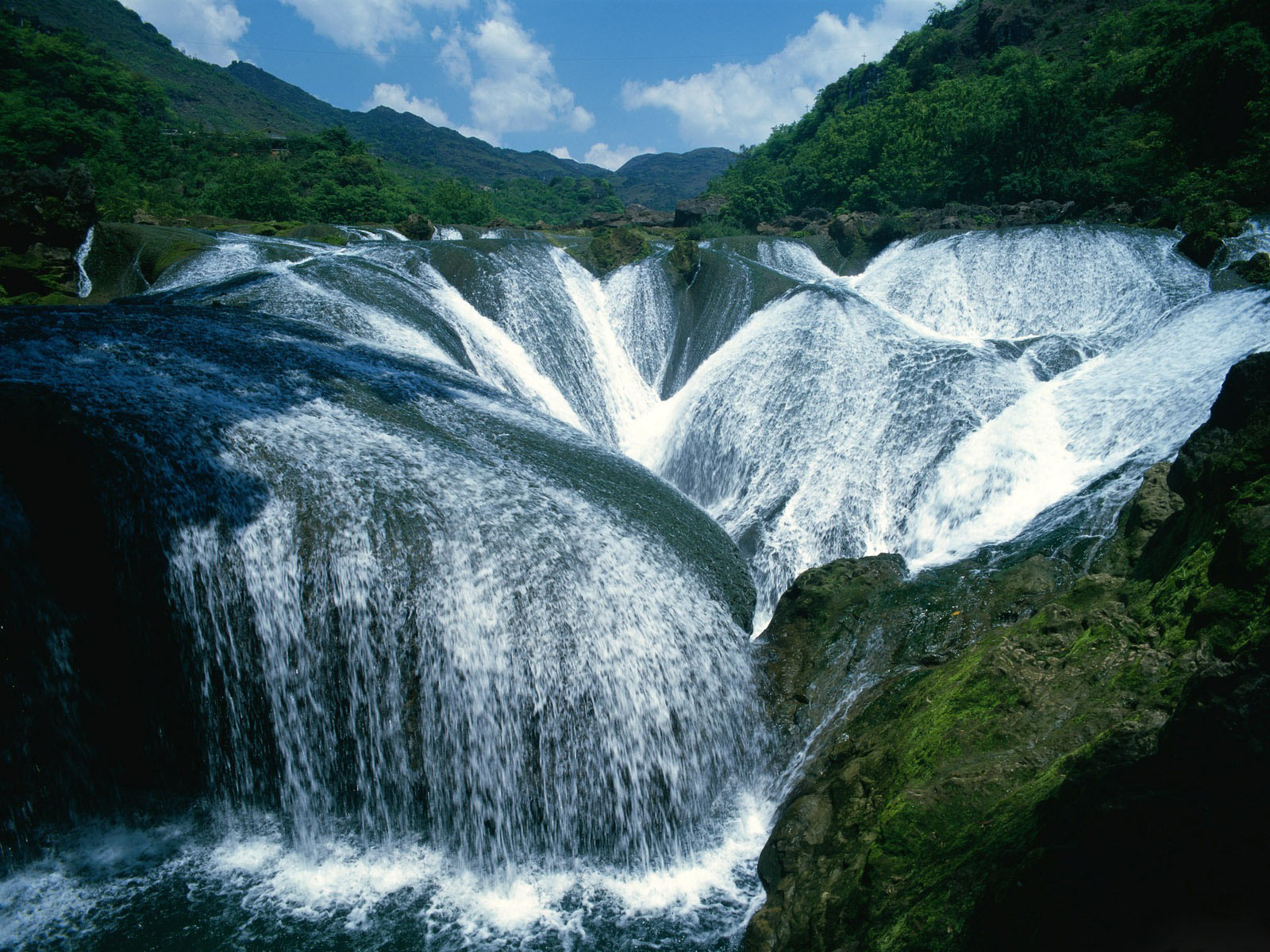 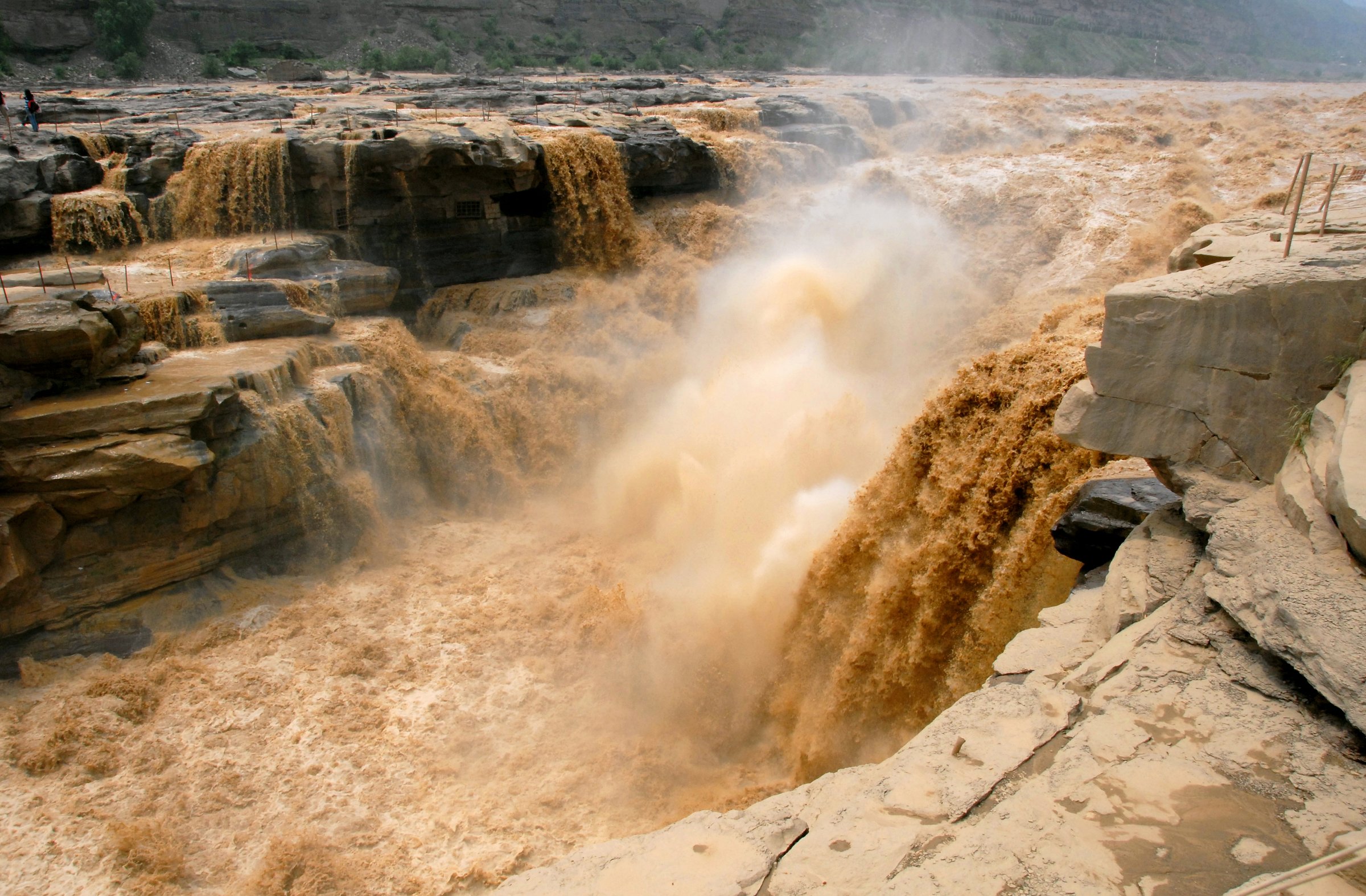 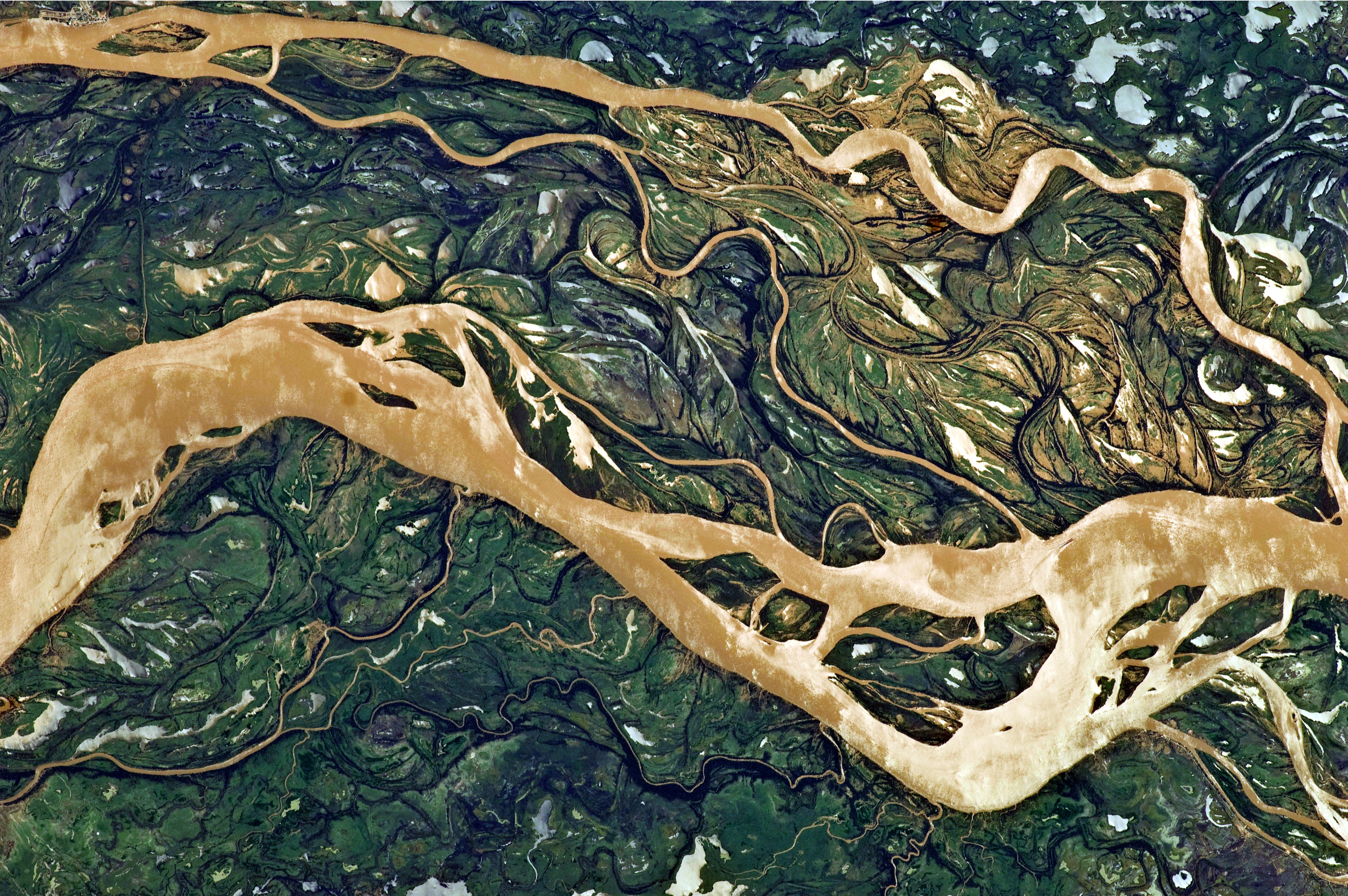 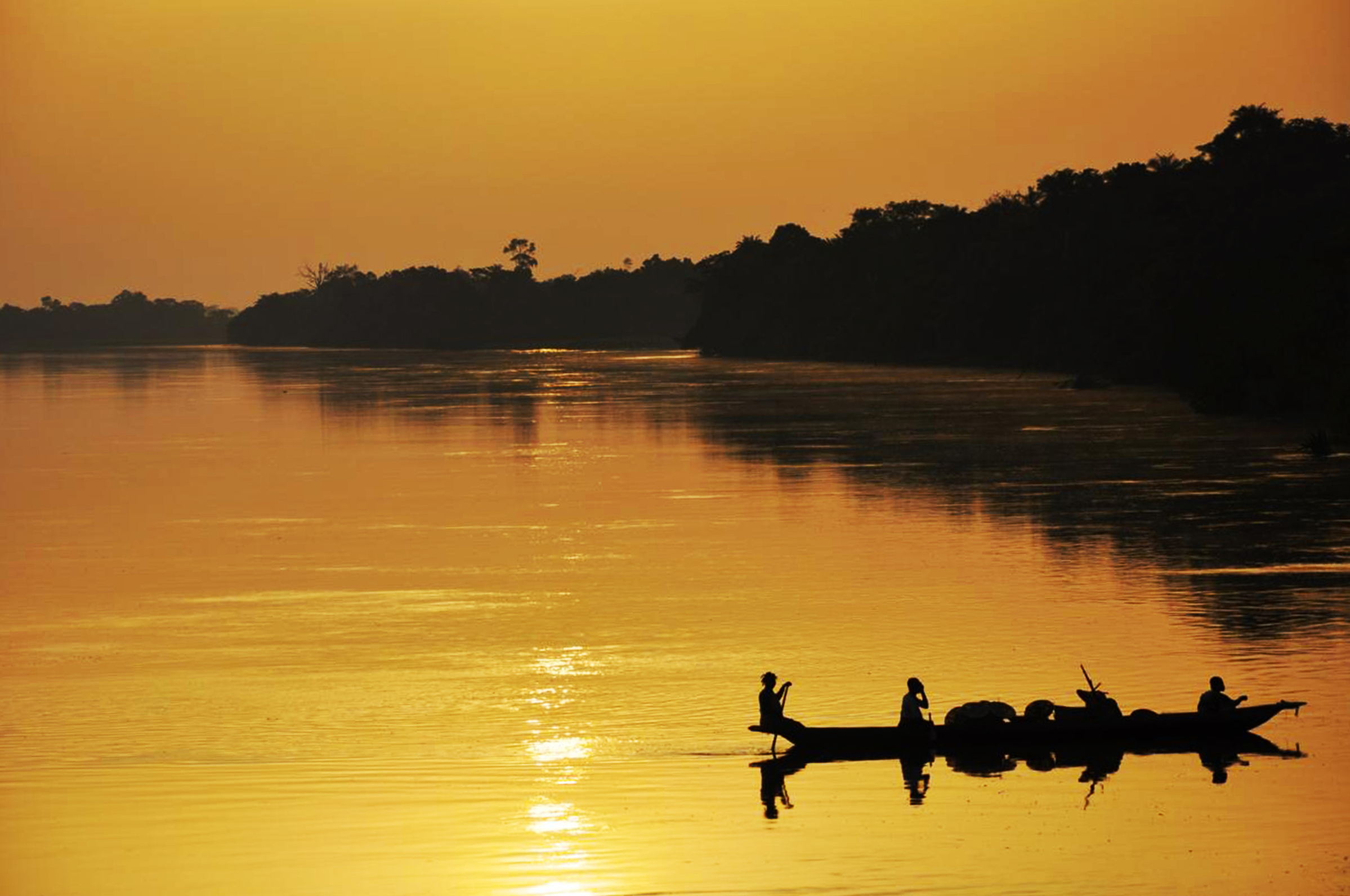 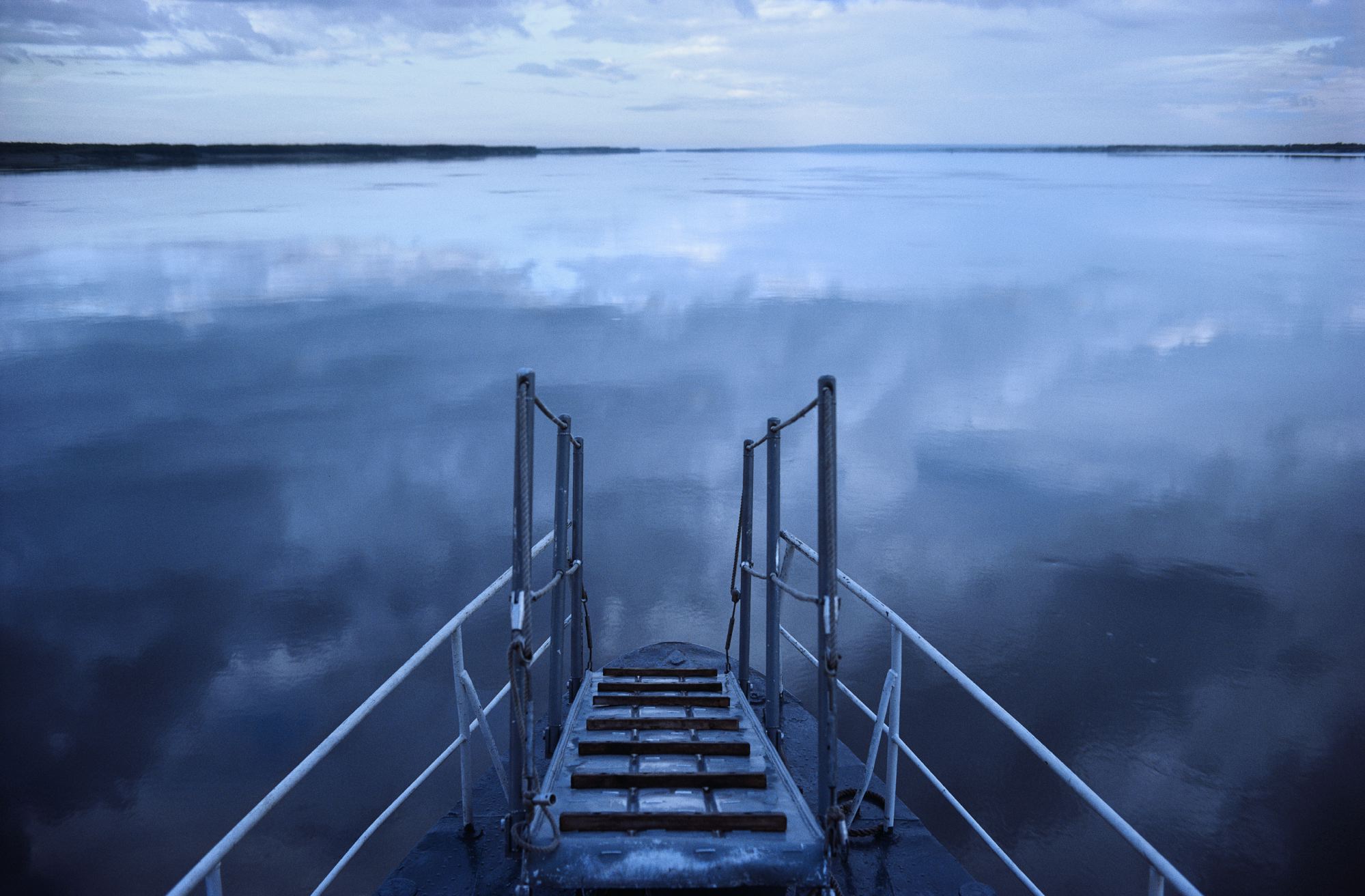 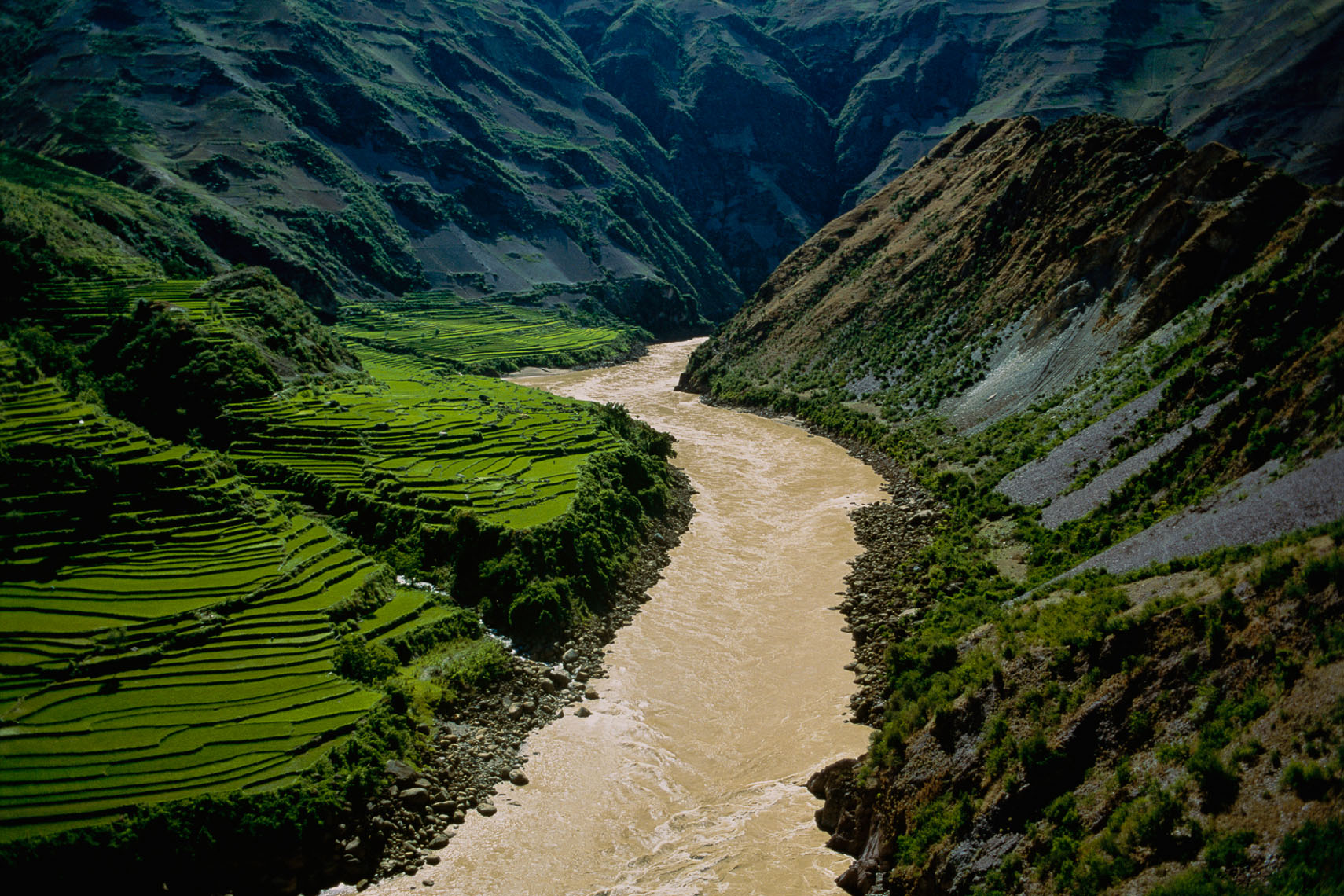 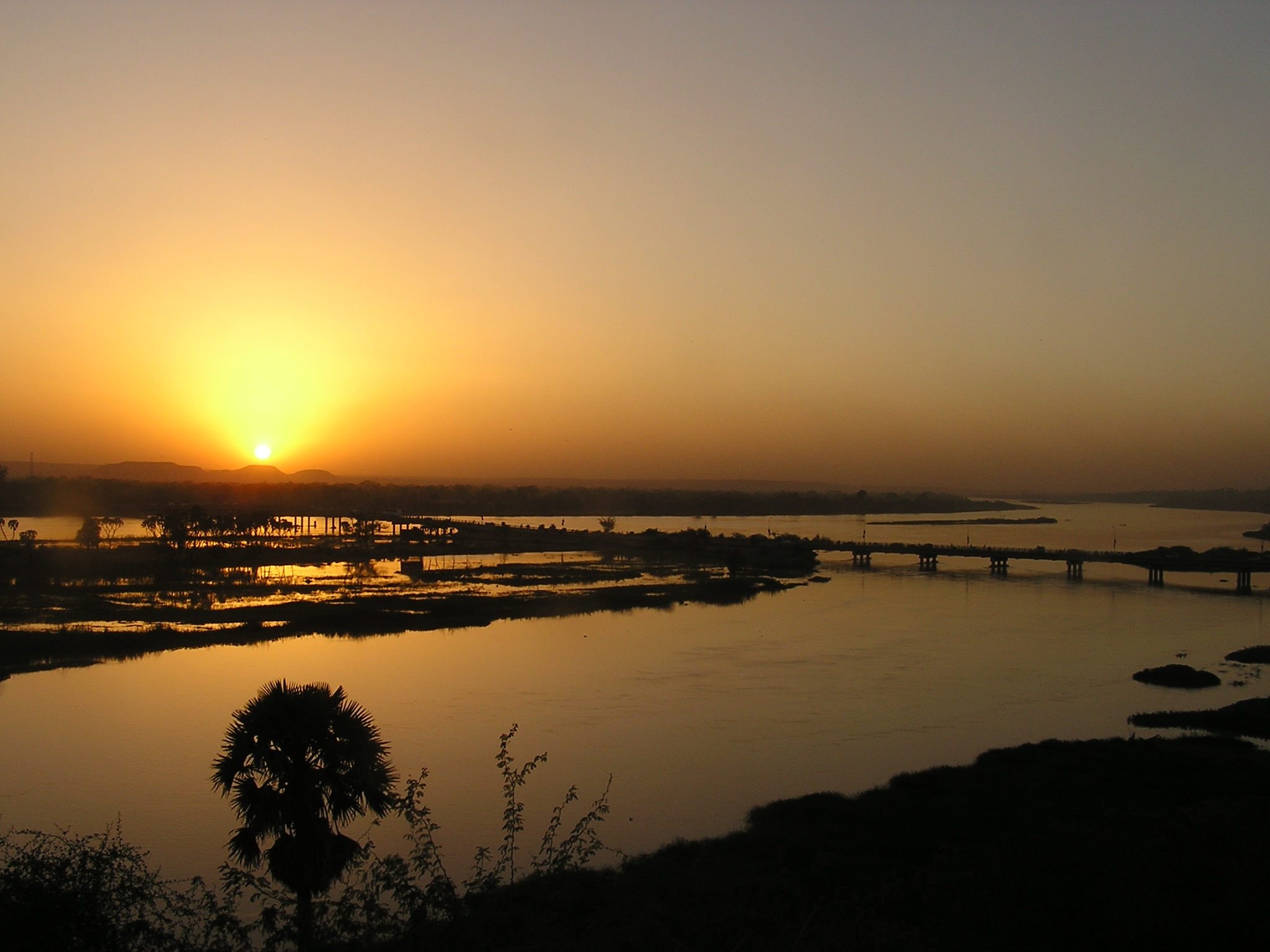 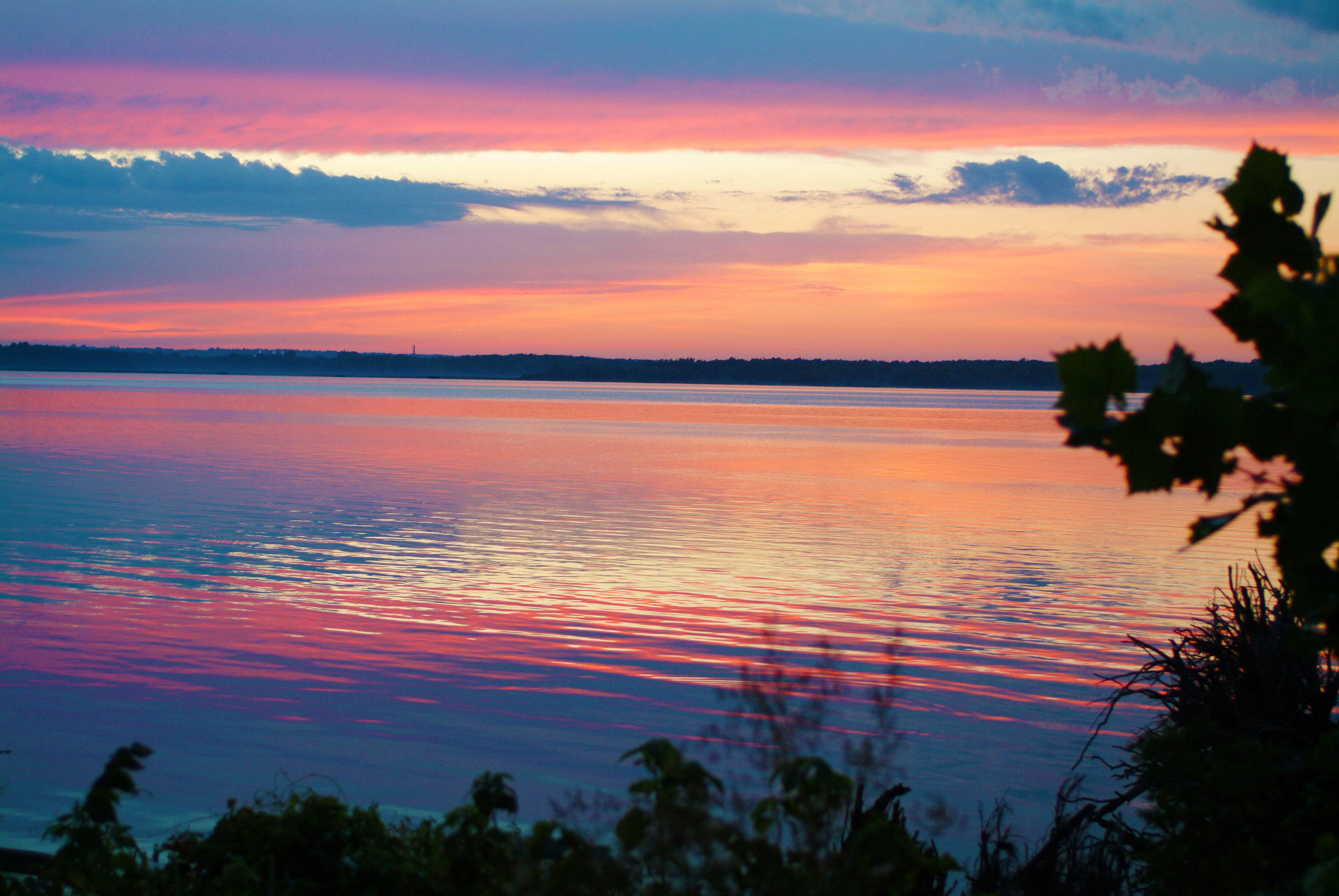 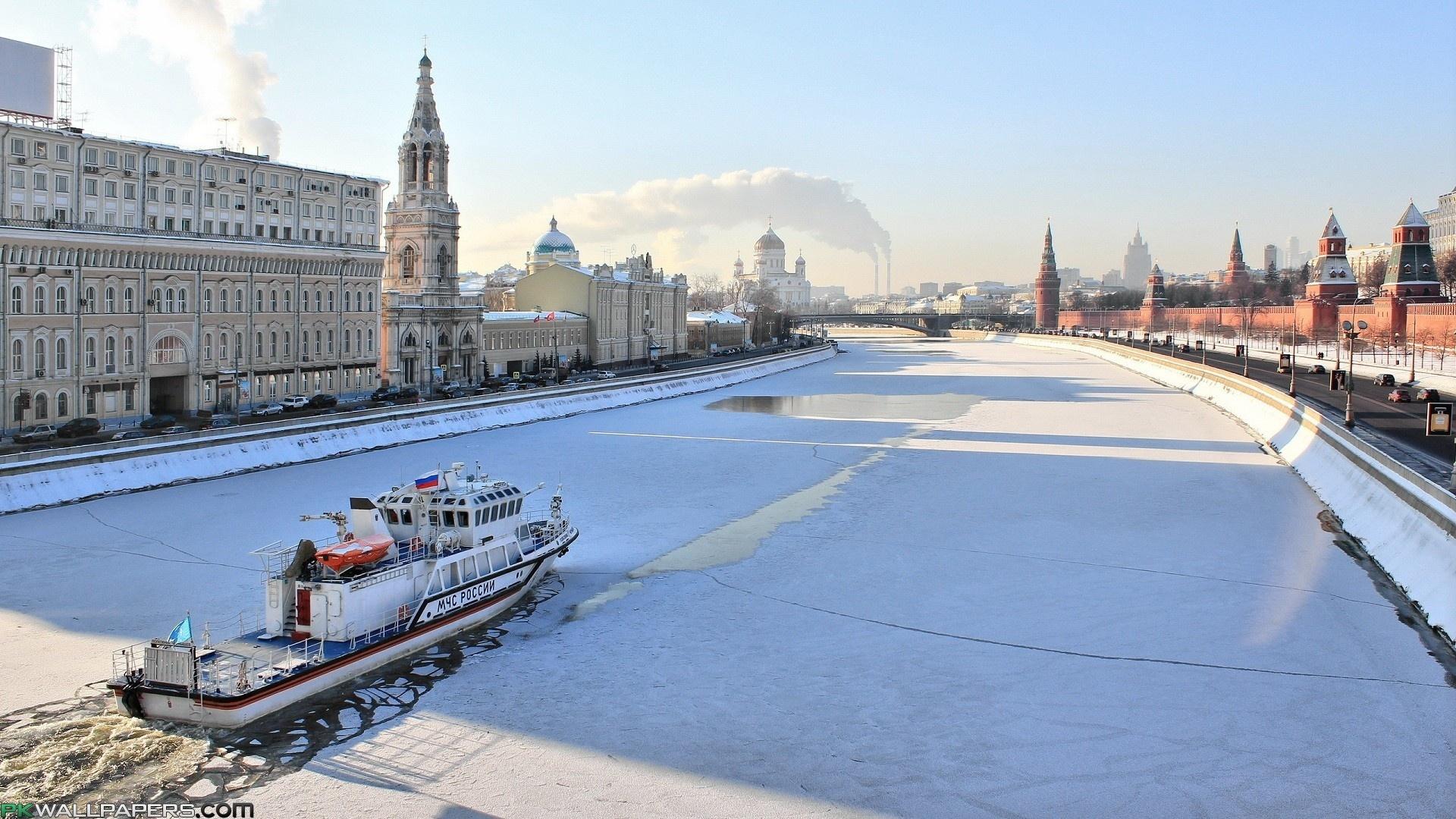 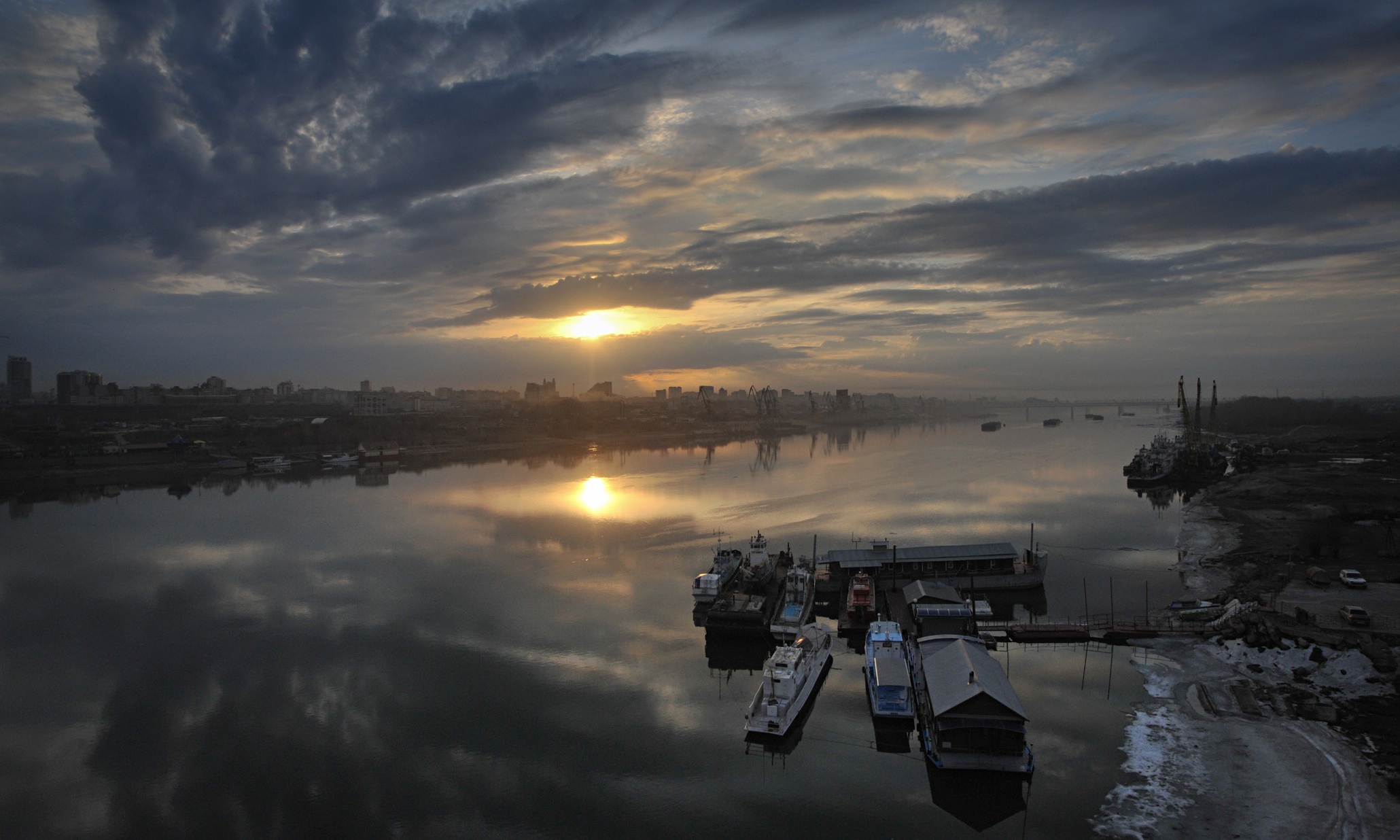 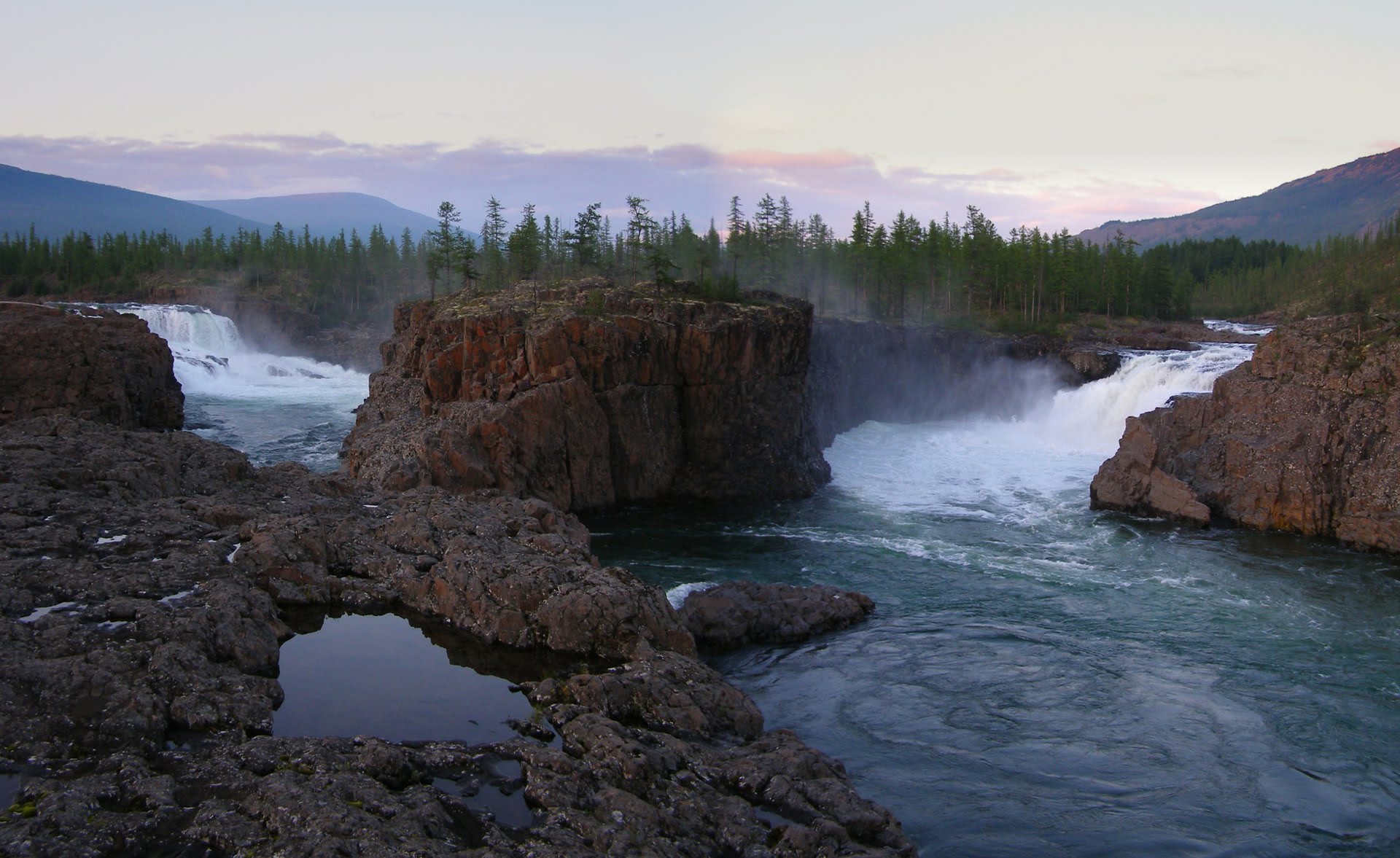 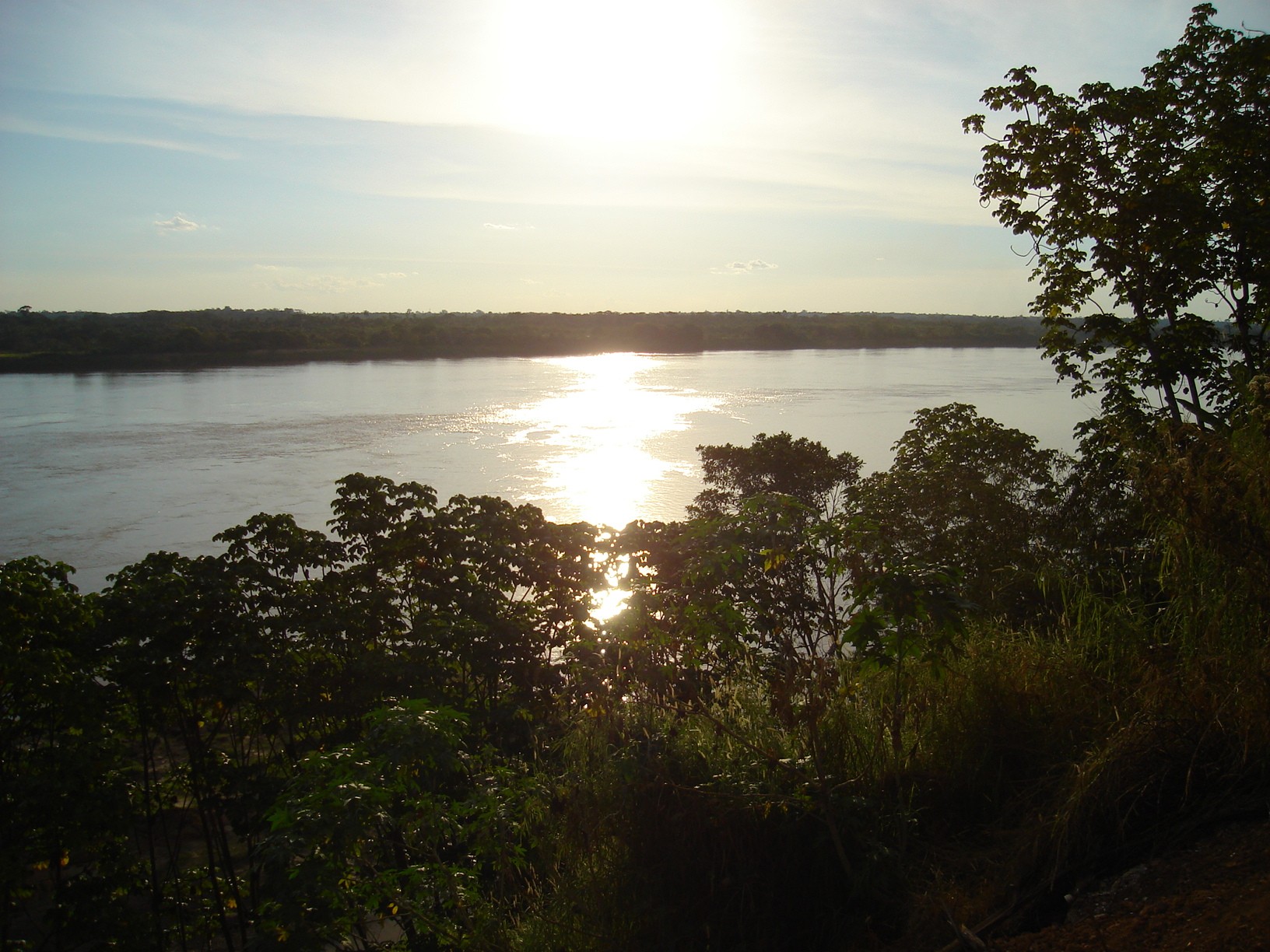 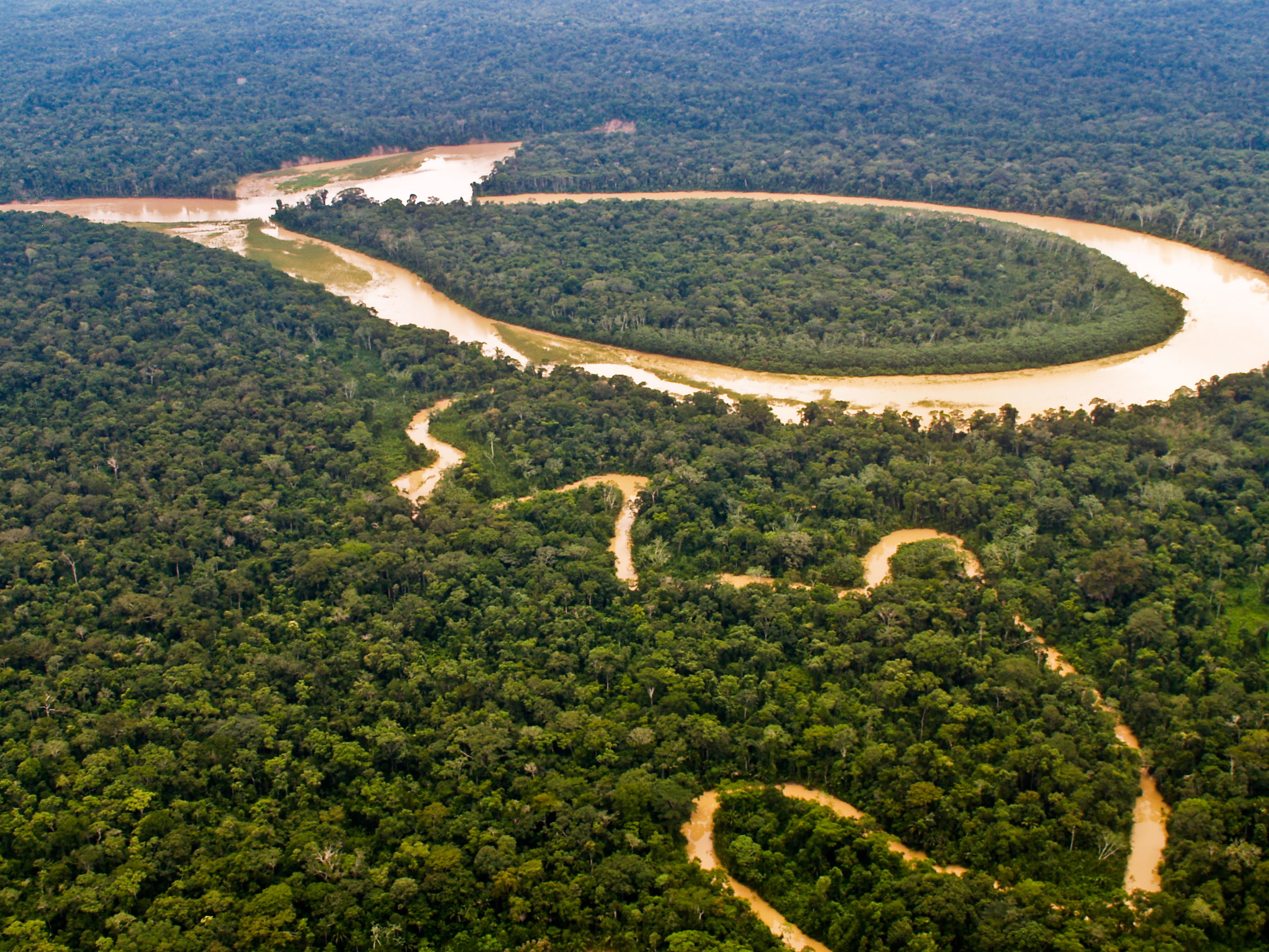 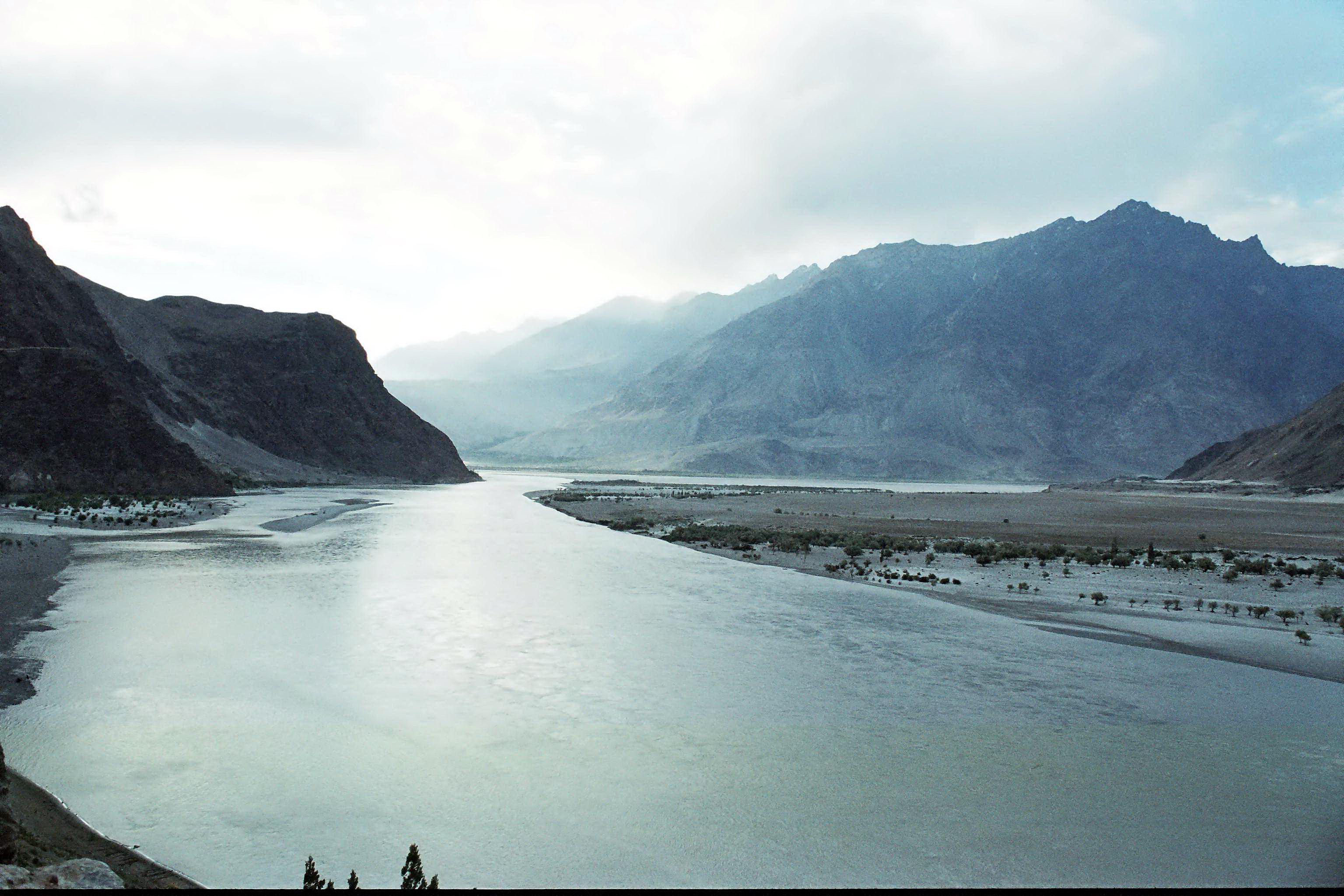 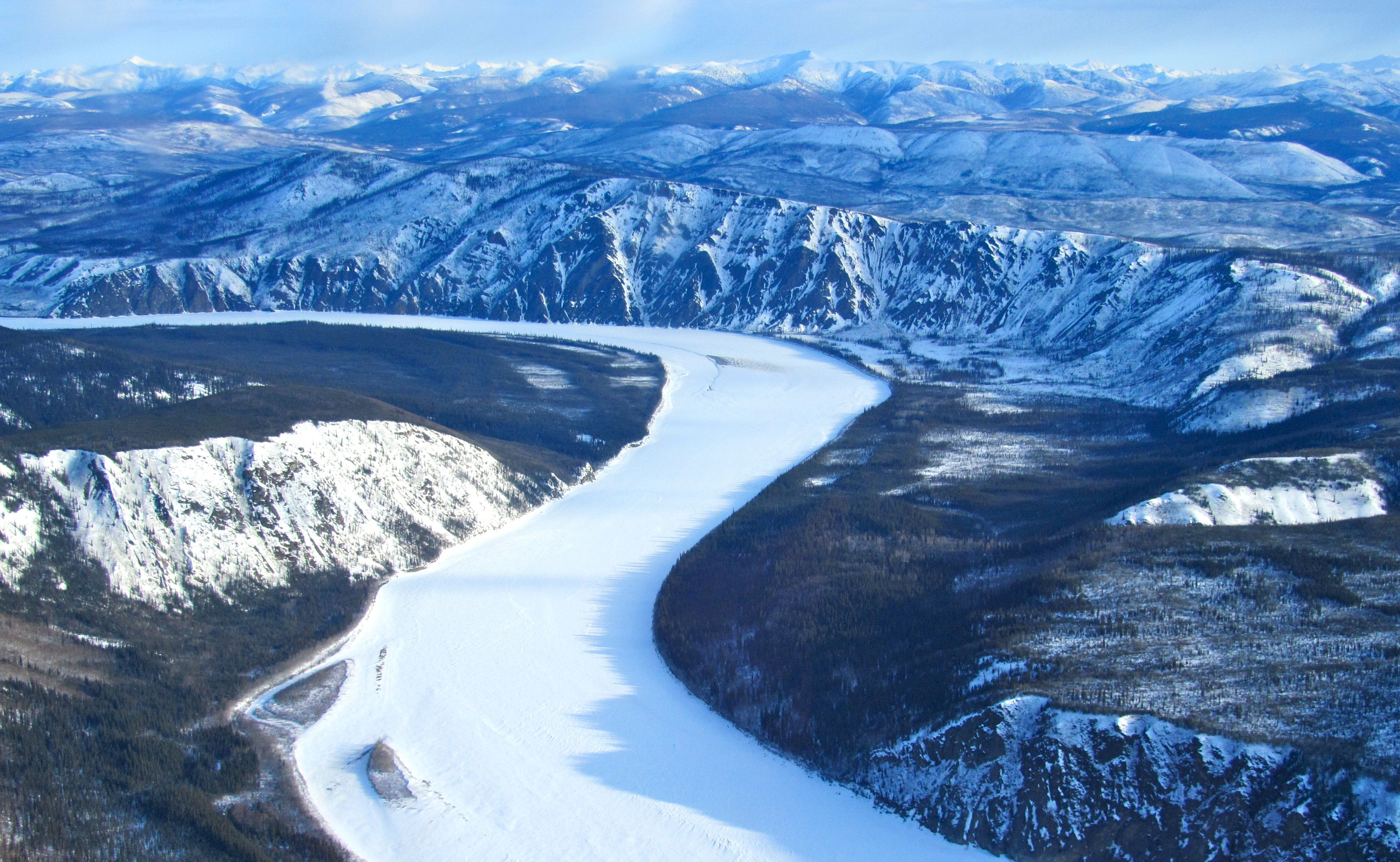 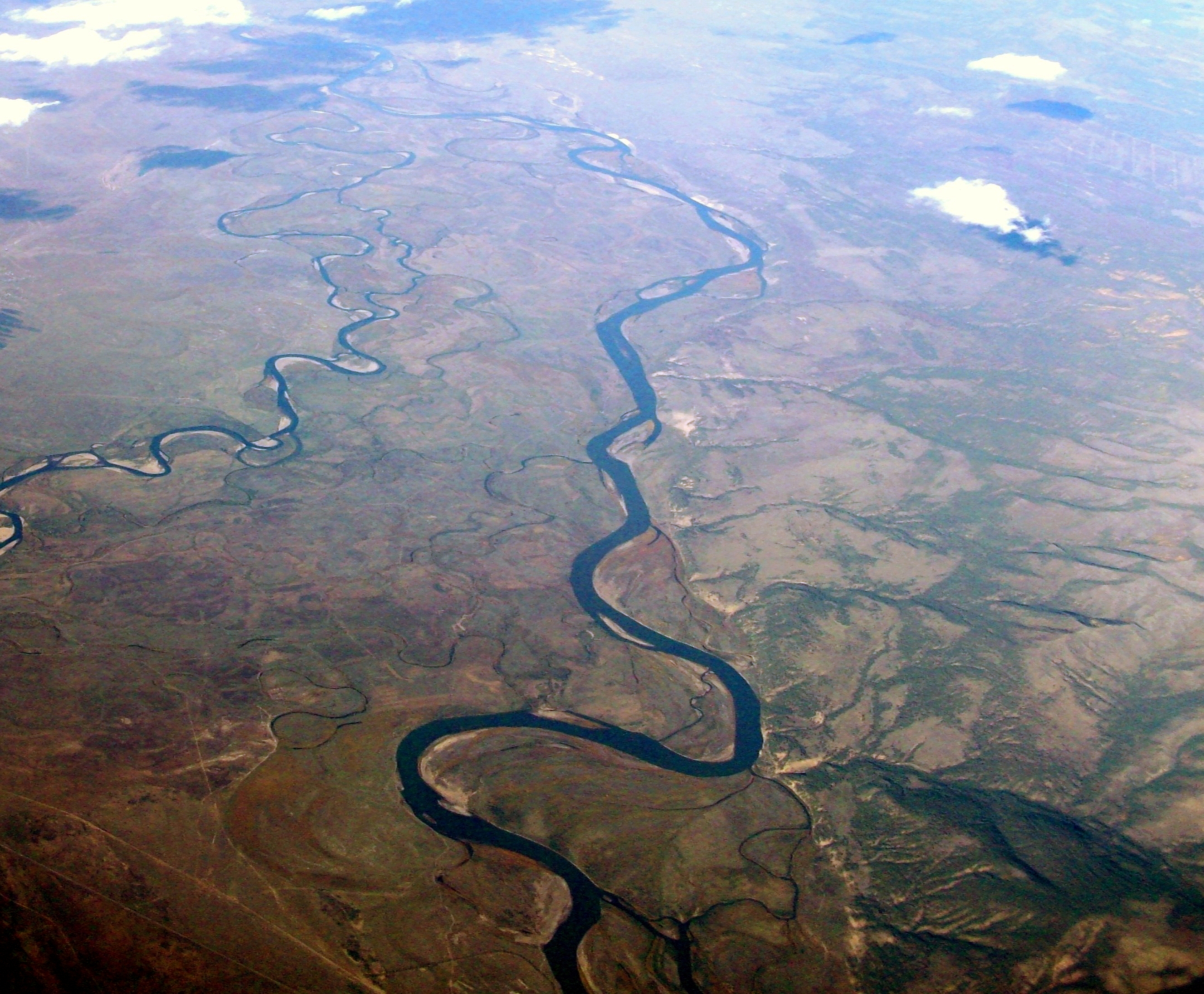 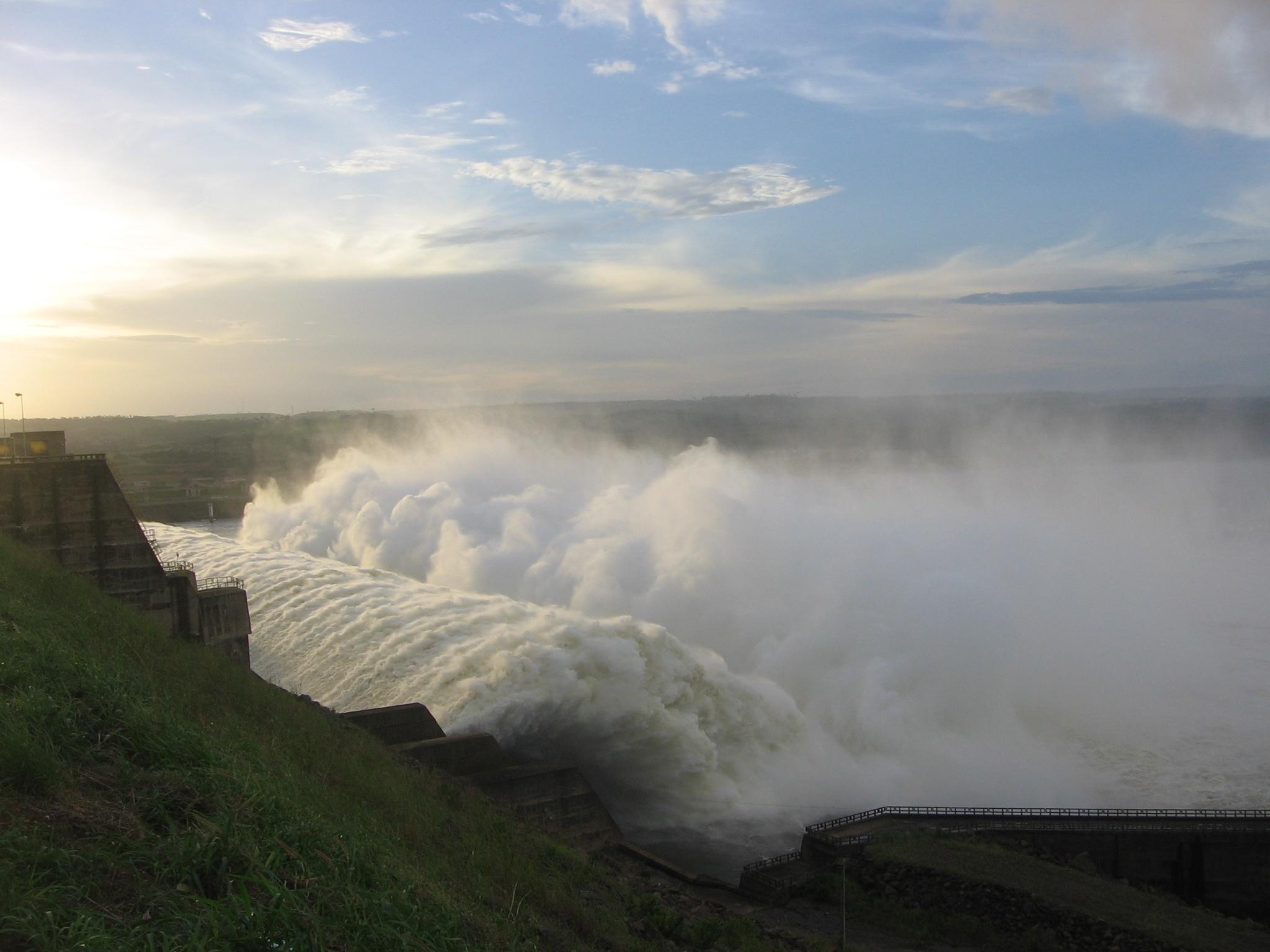 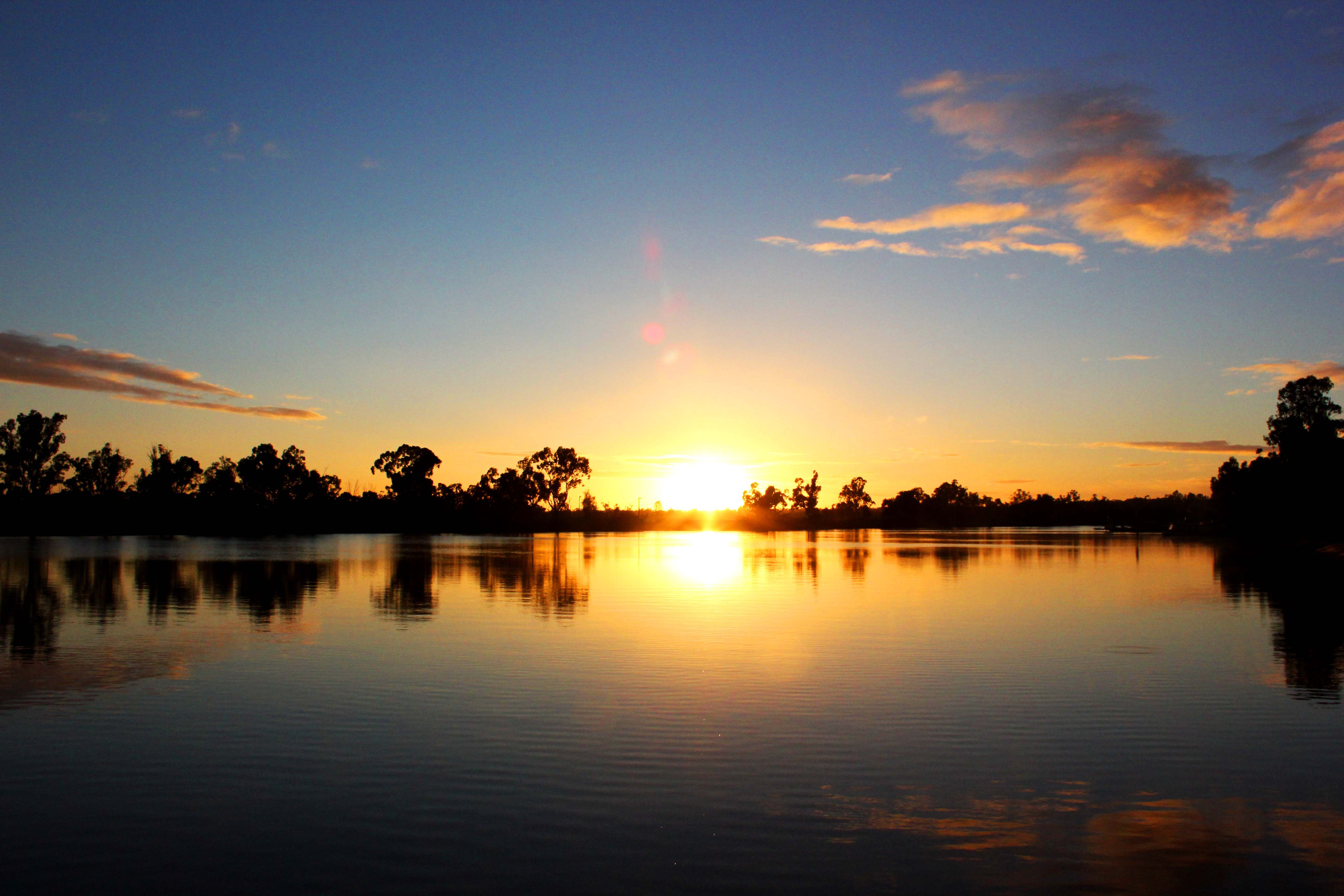 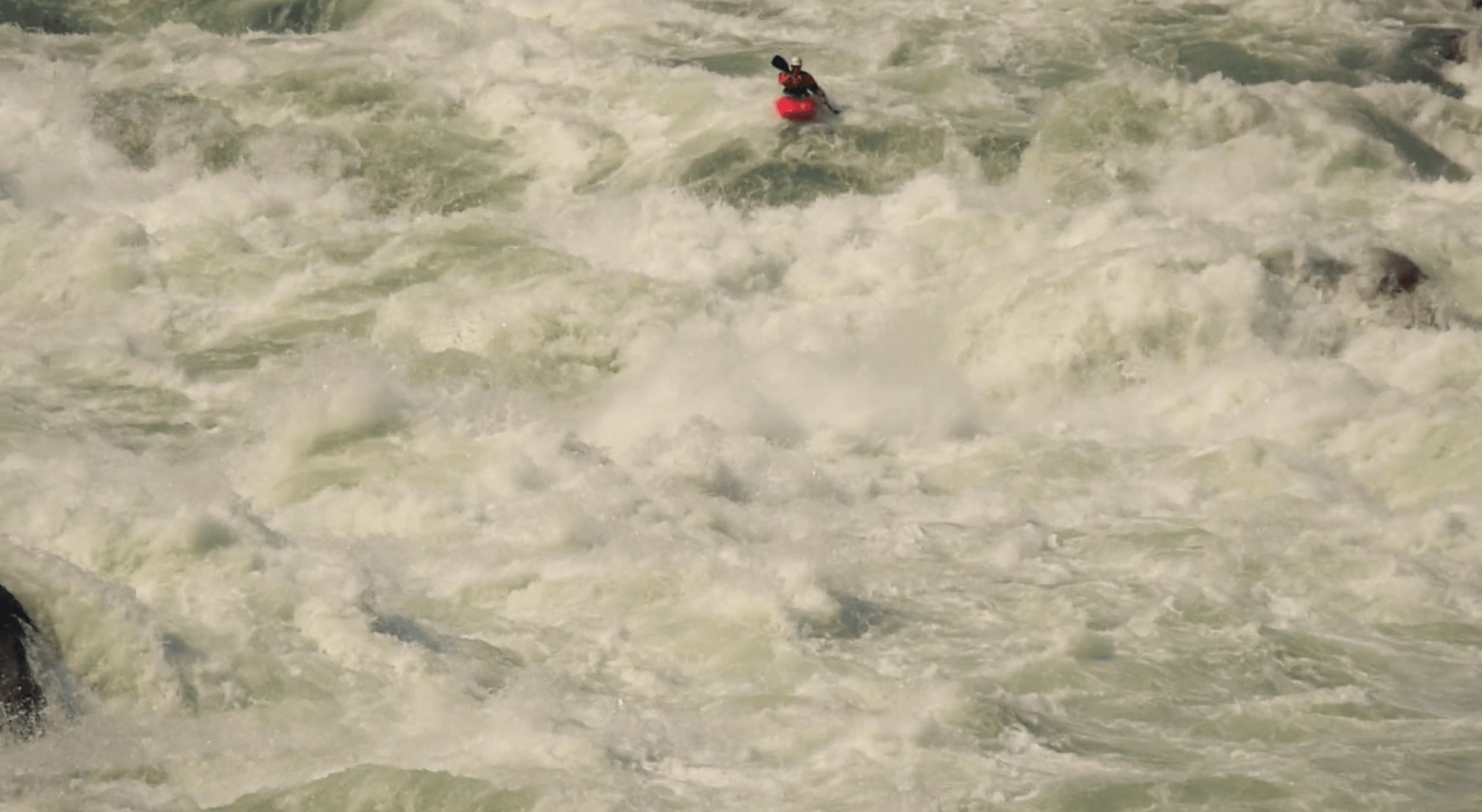 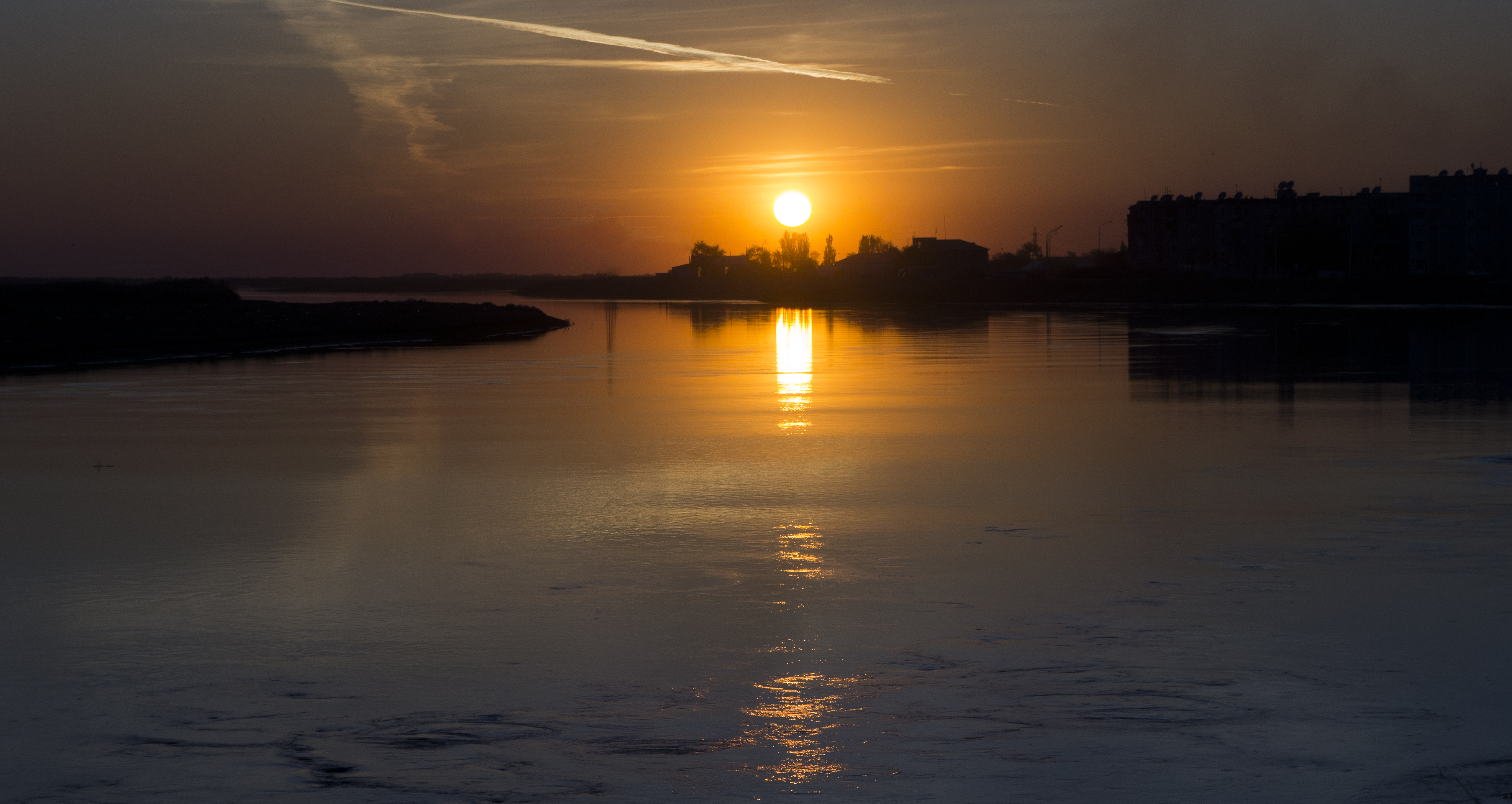 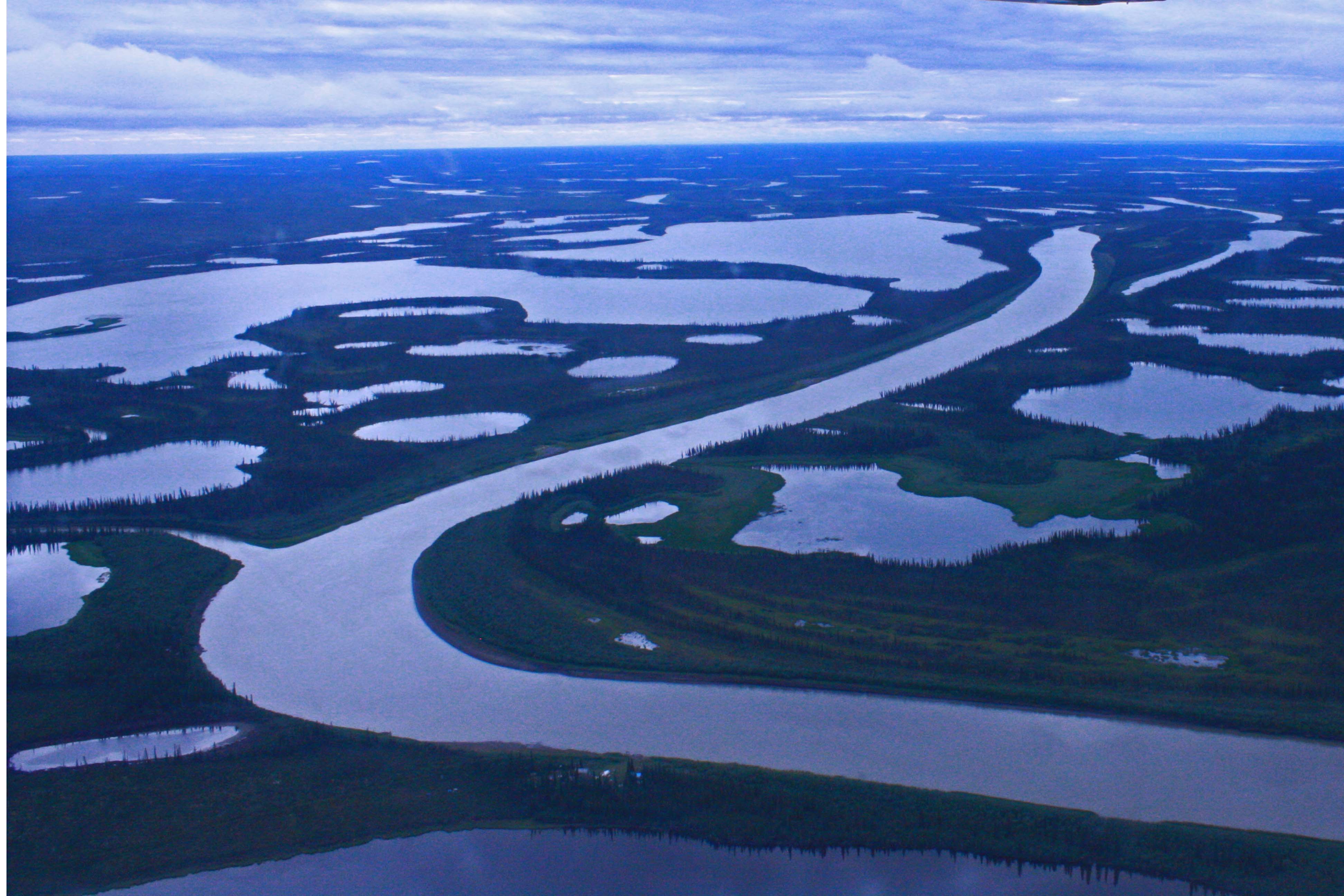 Odd as it may seem to anyone who has ever used a ruler, measuring the length of a river is a complicated process. Not only can it be difficult to know where a river actually begins and ends, since rivers are erosive to the landscape, they actually change length all the time. As the earth around the rivers fall in, becoming silt at the bottom, and rainfall swells the waters and droughts dry up its channels and tributaries, rivers fluctuate in size. Add that to their already winding nature, and scientists will argue exact length until the cows arrive home, get a couple of beers in them, turn on the game, put their feet up, maybe chew some cud, and die of old age.

Though the fight rages on about exact length, the basic list of the 24 longest rivers in the world hasn’t changed much; nor has their beauty and grandeur.

Touching several of Canada’s immense provinces, the Mackenzie is the most vast river system in the Great White North, and distinctive in that it flows south to north, providing freshwater to the Arctic ocean.

One of least of these winding bodies of water, the Syr Darya is also one of the more placid. Beginning in the Tian Shan Mountains of Kyrgyzstan and running about 1,400 miles to the remnants of the Aral Sea, it begs for a leisurely inner tube float.

Maybe not very long, the Salween compensates with violence. Perhaps suffering from a Napoleonic complex, the name itself means “Angry River.” Looking at some of the rapids and torrents in this Asian widowmaker, it’s easy to see why.

Though hardly as impressive as many on this list at a mere 1,400 miles, the Murray is nonetheless the longest river in Australia, which is largely arid regions surrounded by sea. Springing forth from the Australian Alps, the Murray joins the sea at Lake Alexandrina.

“Toucan’s Beak” is what Tocantins translates to in English from the Tupi language. It’s one of the many massive rivers that can be found in Brazil, and one of the few rivers in the world that runs from south to north for a brief span.

Even more than the Lena, the Amur tends to stir up battles about length. Many claim it is only 1,700 miles, yet others say it is the 10th longest in the world, which are contradictory facts. Actually named the Heilongjiang – meaning “Black Dragon River” – it is worthy of note as the Sino-Russian boundary in northern China.

Ranking fourth among the long rivers in South America, the São Francisco is exclusive to Brazilian territory, but unlike much of the difficult and dangerous terrain in the region, it’s mostly fun and friendly with few destructive or dangerous stretches.

The journey of the Yukon begins in Canada, then travels nearly 2,000 miles to end in Alaska. Beloved by hunters and thought to be a huge factor in the civilization of North America, as it provided a water source for indigenous people. It’s the river of serious adventurers.

Once upon a time, the Indus was likely a greater force to be reckoned with than it is today. Many of its current banks show signs of once being completely submerged in the mighty eddies of this rock-strew giant. Covering parts of Pakistan, India, China, and Tibet, the tributaries of the Indus reach far and wide.

Actually an offshoot of the Amazon river, the Purus begins in the Andes of Peru, then trickles its way down the slopes, providing transportation through the dense jungle and a means of shipping food and supplies to people near and far.

Covering more than 1/4th of the Brazilian Amazon, the Madeira is created from two lesser rivers, the Mamoré and Beni. It’s the largest tributary of the Amazon River, and not only offers a passageway, but provides life to innumerable animals, including the spotted jaguar; as well as hydroelectric power to humankind.

The Yenisei begins in Mongolia, then heads north through Siberia where it delivers its massive payload to the Kara Sea of the Arctic Ocean; finishing the trident of amazing Siberian rivers.

Yet another river with a few names, the Ob is also called the Obi and is part of the Ob-Irtysh, and is a the second largest, and most western of the Siberian rivers which slip north into the Arctic Ocean.

The longest river is Europe the Volga is also considered the national river of Russia, a point of contention between the east and west. Known to Russians as “Mother Volga” its existence aided settlers in (somewhat) taming the frozen wilderness, and much of the population and industry in the country still rely on it.

The only river on this list in the continental United States, the Mississippi bisects the nation as it comes up from Minnesota and slides down to empty in the Gulf of Mexico. It manages to touch 31 states all told, and has small parts in a pair of Canadian provinces.

Stretching on for nearly 2,600 miles, the Niger is still only the Bronze medal winner for lengthy rivers in Africa. It feeds water to the western part of the continent, covering an impressive 7.5% of the entire land.

Creating several borders for Laos, the Mekong begins life on the Tibetan Plateau and touches Myanmar (AKA Burma), and Cambodia. Most famously, it was a highly contested region during the Vietnam war, where it provided supplies and water to friend and foe alike.

Siberia has three giant rivers that pour into the Arctic Ocean, with the Lena being the furthest East of the triplets. Bearing a length of more than 2,700 miles, it is called both the 11th and 10th longest river in the world, depending on who is holding the meter stick.

While this is only the second longest river in Africa, the Congo has the distinction of being the deepest one in the world. It has places that are more than 700 feet deep, and still digging. Though not as long as others, it’s the heartbeat of Africa due to its centralized placement which allows cities and citizens to thrive in places that would otherwise be deadly desert.

Barely breaking the 3,000 mile mark, the Paraná is still sticking to second place when it comes to the longest rivers in South America. Americans can actually travel to one of the headsprings of the Paraná, since it’s partly fed by the Rio Grande.

Holding the (possible) title of 6th longest river in the world, it’s second in length among Chinese rivers. Called the Huang He (formerly Huang Ho) and lands at just under 3,400 miles.

Asia’s most immense river and holding third for longest in the world, the Yangtze, or Chang Jiang as it’s known locally, draws nigh to 4,000 miles long and is the lifeblood for many Chinese cities, including where it ends in Shanghai.

Some argue that the Amazon is actually shorter than the Yangtze, and the difference is so close, it’s a point well made. Lurking somewhere between third and first, the Amazon is easily the biggest in terms of discharge, dumping out 7 million cubic feet of water each second.

Breaking the 4,000 mile mark by more than 200 miles, the Nile is not only considered the world’s longest river, but also the most immense north-flowing river by a tremendous margin. It also traverses the equator and hits 10 countries on its route, though most only know it for its contribution to the rise of Egypt in ancient times.