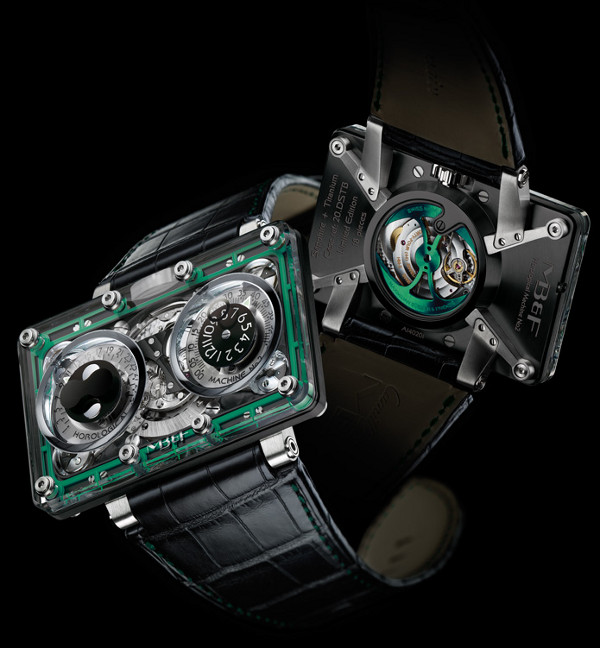 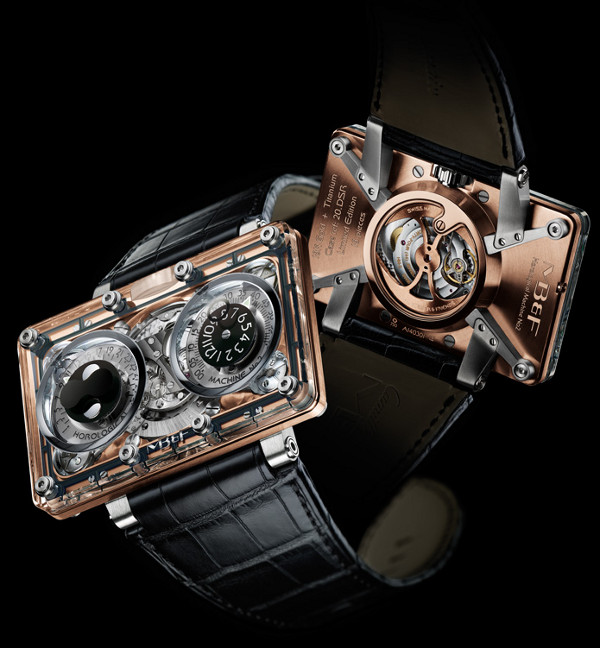 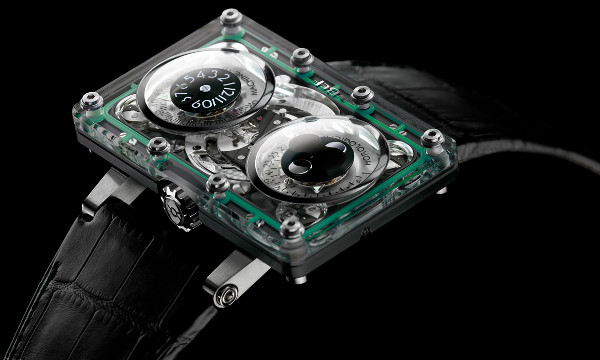 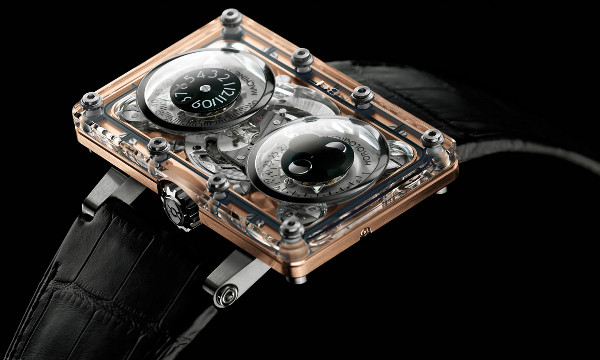 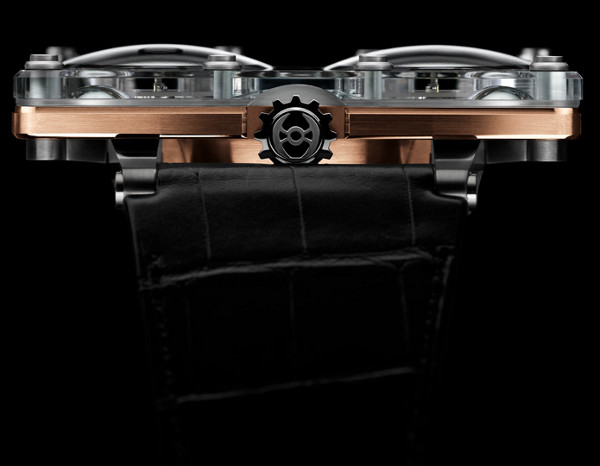 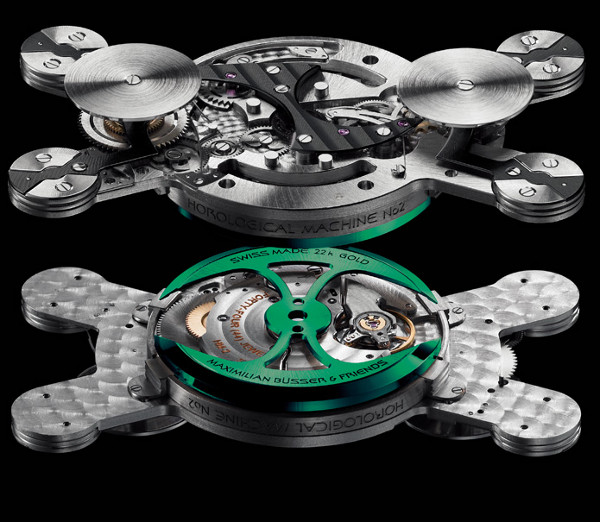 Maximilian Büsser and the team at MB&F have completed work on the final release of the Horological Machine No. 2, the MB&F HM2 SV Watch.  This limited edition timepiece will be available for 18 lucky (and wealthy) customers in either black, shown above, or red, below.  The “SV” in this watch’s name stands for “Sapphire Vision”, used to describe the unparalleled view of the machine’s inner workings below a clear sapphire case. Below that sapphire block is a collection of 349 pieces that drive this watch’s slow, steady movement.

Usually, the design of MB&F’s timepieces focuses on a combination of internal and external components, but the HM2 SV watch makes the interior mechanics the central point of this design.  As is common with MB&F, the result is striking, a never-before-seen take on luxury watch-making that has us absolutely spellbound.  The HM2 SV will be produced at a pace of 3-4 a month until 18 are completed, thereby ending the line of watches produced from Büsser’s Horological Machine No. 2.  Nice work, Maximilian– we’re excited to see what else you’ve got in store for 2011.