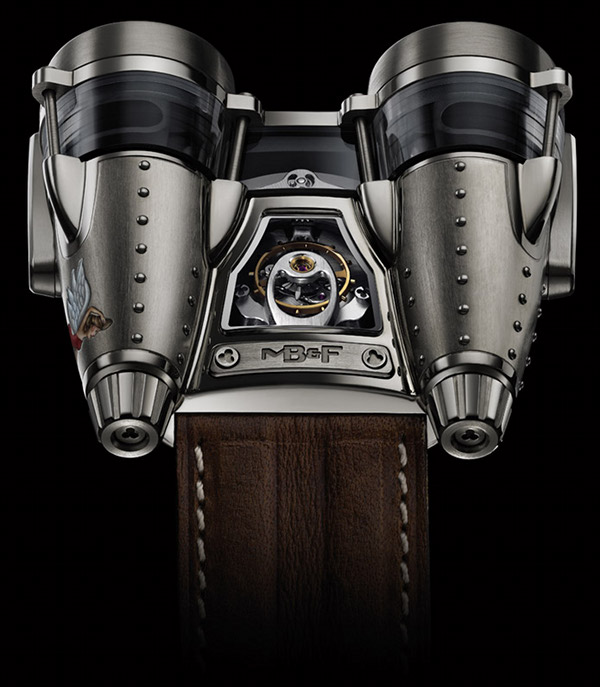 The crew at MB&F have released a limited edition take on their stunning horological machine number four, the MB&F HM4 Razzle Dazzle Watch.  The MB&F Thunderbolt watch has been given a limited styling in two options, named Razzle Dazzle and Double Trouble.  The HM4 watch was originally inspired by the aviation technology of the mid 20th century, and these limited edition versions continue that theme.  The Razzle Dazzle, shown above, has been given a riveted texture and a “nose art” stencil on the body, much like the paintings that appeared on the flying fortresses of World War II.  The watch band itself continues the vintage feel, where the watch takes on the character of an aviation watch from the same period.  The contrast between the high tech futurism of the MB&F brand and this vintage homage to aviation makes for a stunning timepiece.  Hey, that’s just what MB&F is known for.  Eight of each version will be produced, availability forthcoming. 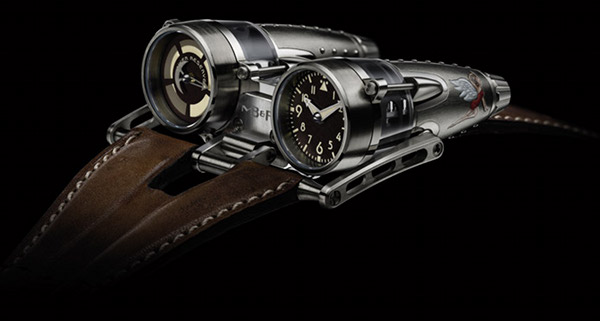 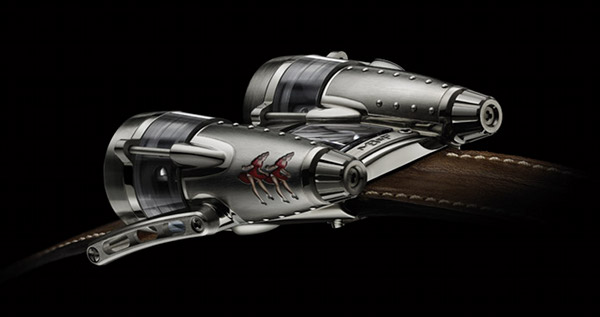 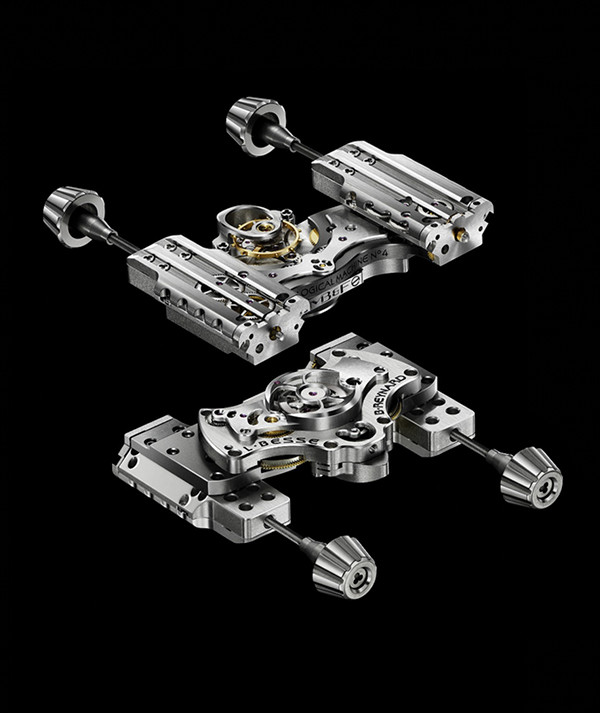 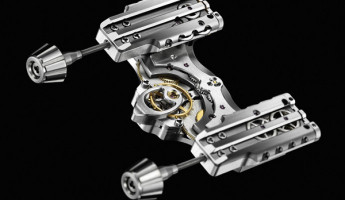