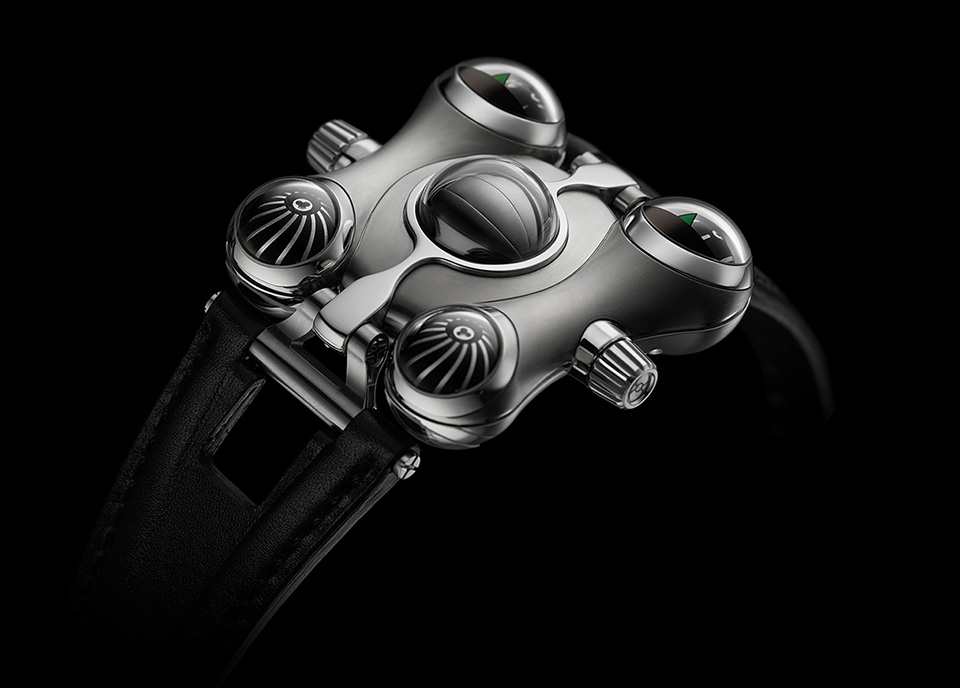 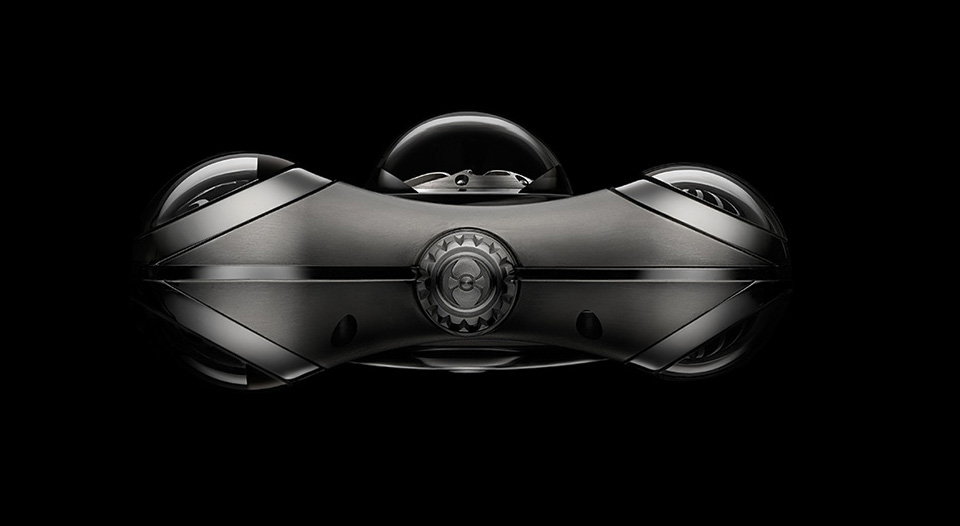 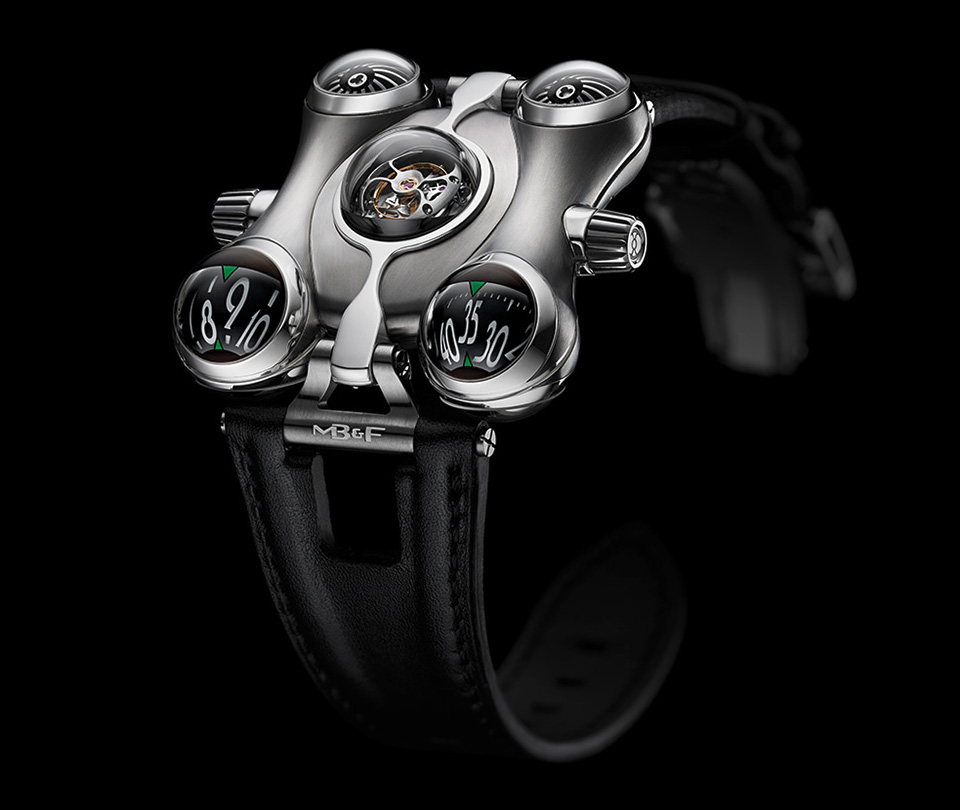 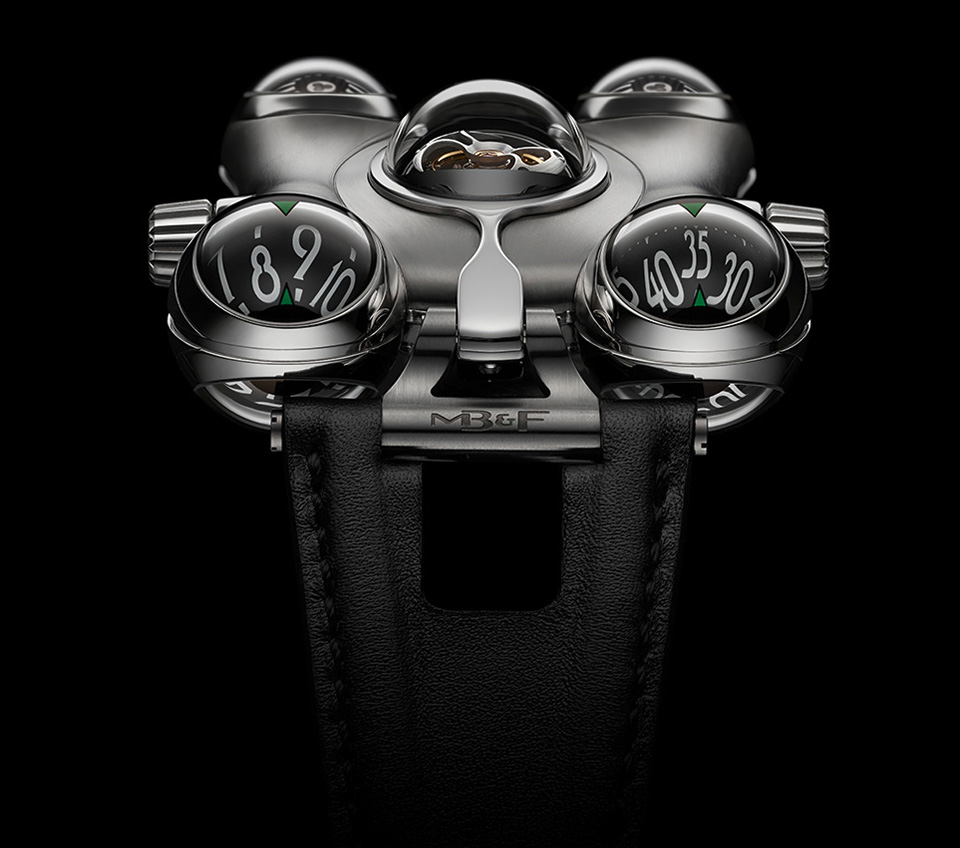 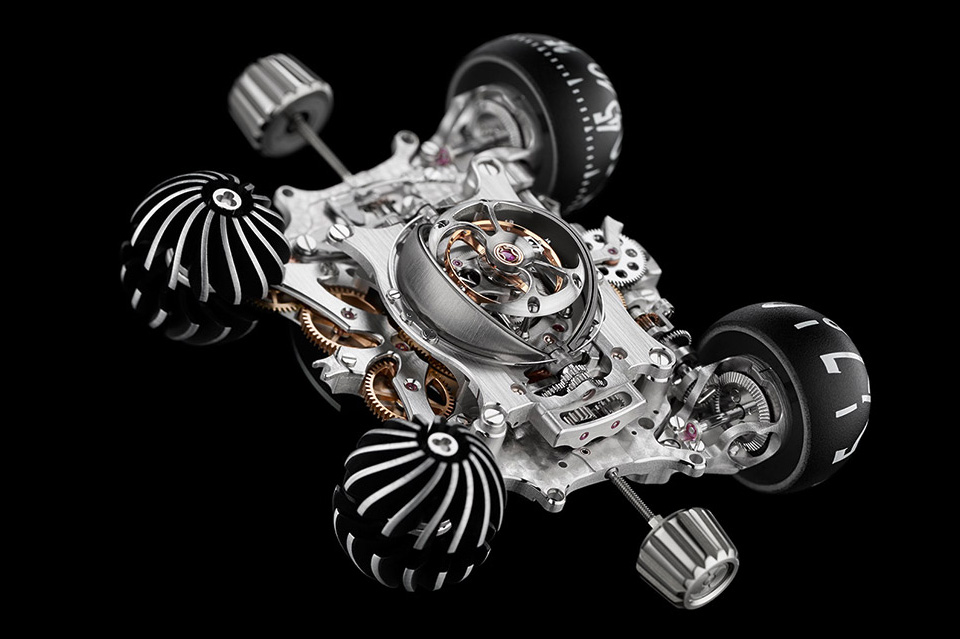 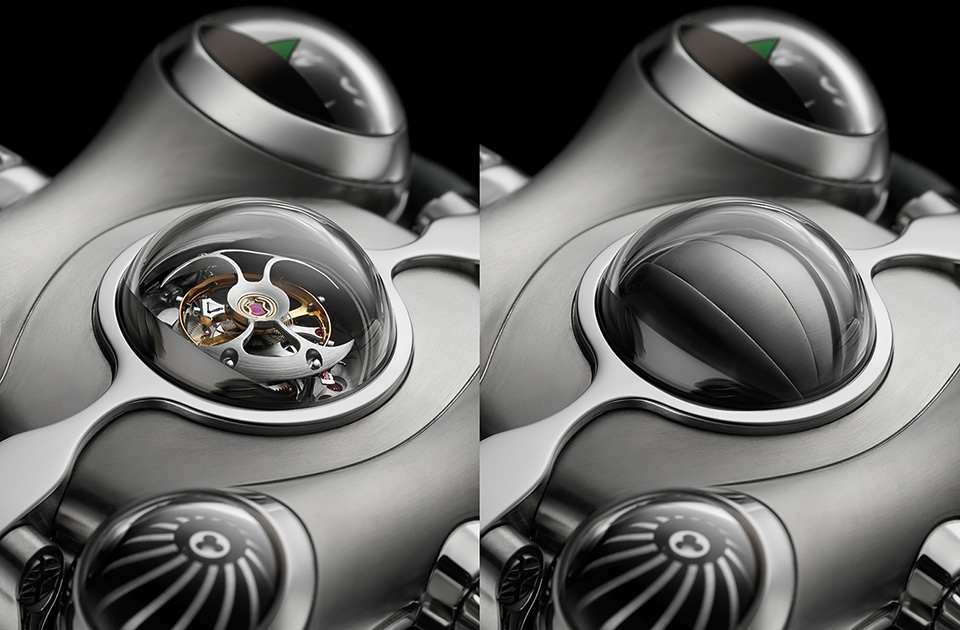 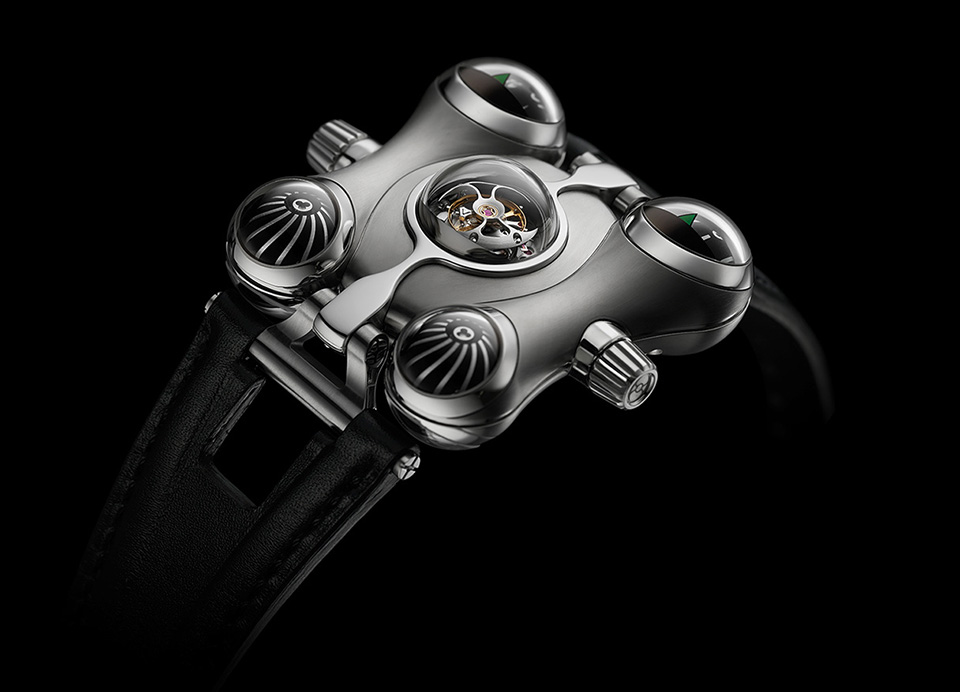 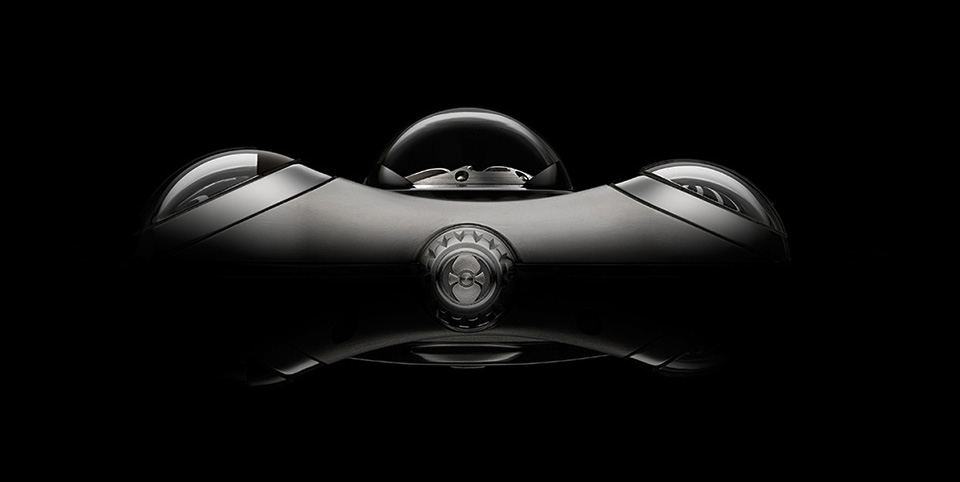 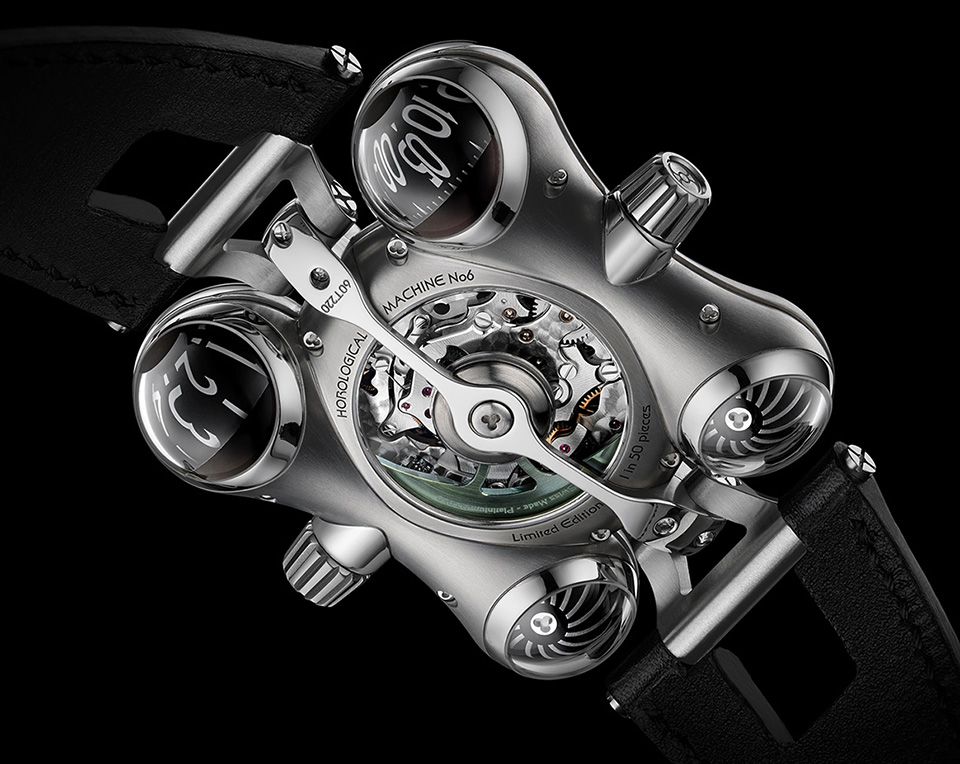 The world’s most avant garde crew of watch makers has crafted a new vessel, the MB&F HM6 Space Pirate Watch. It is one of the most imaginative watches ever designed, inspired by the space craft of the future as told by tales from the past. It is the work of Maximilian Büsser and friends, and it’s officially ready for lift-off.

For many years now, MB&F has produced wild and unusual watches that push the envelope in design and craftsmanship. Büsser and crew have built a series of horological machines that power a range of watches, and the HM6 is the latest from this boutique. It follows a familiar story line for Büsser, as the Space Pirate watch is inspired by a fascination from his childhood. In this case, a manga story called “Mr Future” featured space pirates that have stuck in Büsser’s head since he was a child.

The MB&F HM6 Space Pirate Watch features a central tourbillon and four spheres that expose the inner workings of the watch. Two display the time, while the other display the spinning mechanics that power the watch from within. The center crystal features a view into the tourbillon that can be closed with a metal eyelid, like a space pirate winking back at you from your wrist.

Like the other MB&F watches, the HM6 Space Pirate is a collector’s item, a museum-worthy piece that is intended to inspire and be admired. Few of us may ever see one in the flesh, and fewer still will be able to buy one for themselves. The cost rivals some of the finest exotic cars produced today, and the sheer ingenuity and engineering precision deserves such a price. For us, we’re totally content to just drool over the photos… 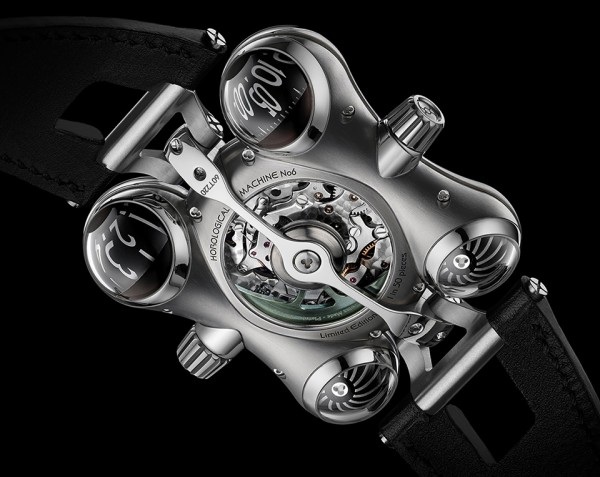 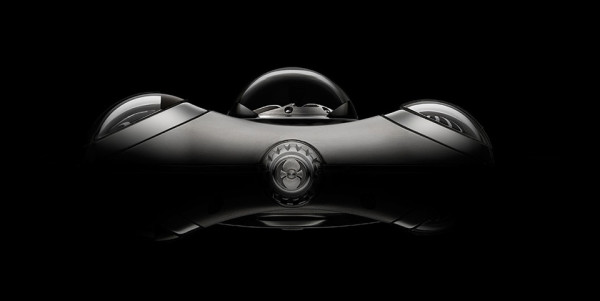 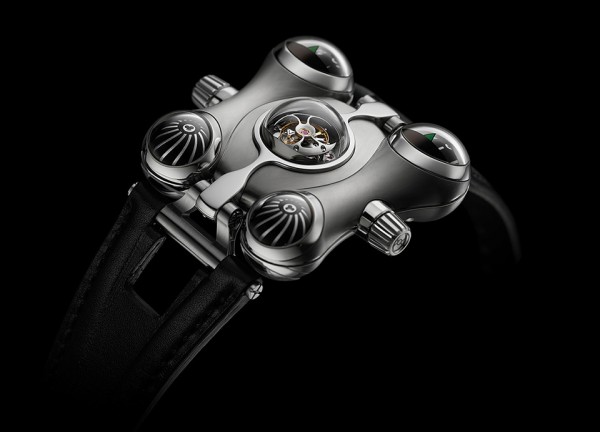 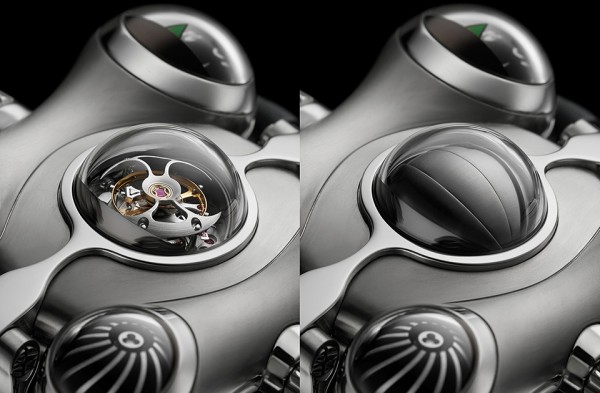 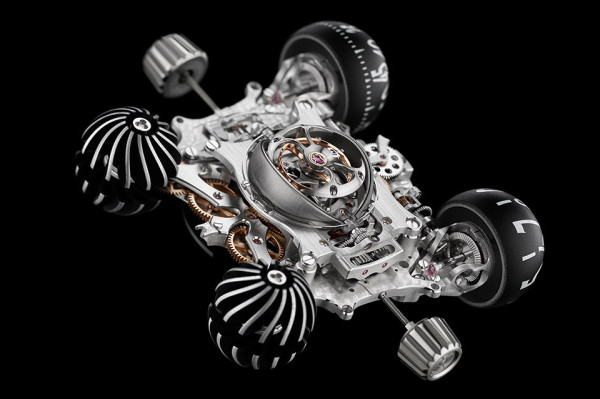