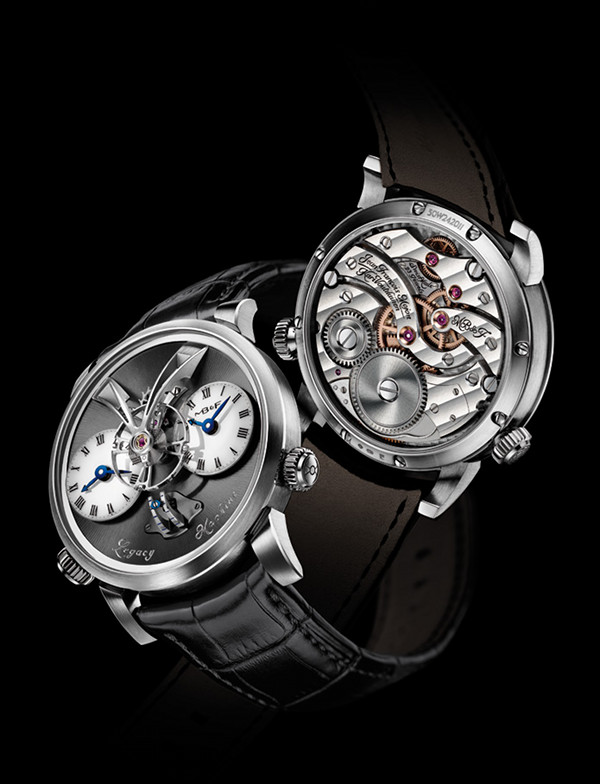 Maximilian Büsser and Friends have revealed a new timepiece for 2011, the MB&F Legacy Machine No. 1 Watch.  For a brand built upon futurism and mechanical extremity, the Legacy Machine No. 1 is a departure in design– a romanesque, rounded model that reaches into the past for its inspiration.  Büsser’s Legacy Machine is a throwback to the turn of the 20th century, where a revolution in watch-making was yielding timepieces just like this one.

The MB&F LM1 may take its visual inspiration from 100 years ago, but the engineering and production are very modern-day.  It includes a three-dimensional horological movement, mechanically wound and sporting a 45 hour power reserve.  The watch comprises 279 components and 23 jewels, including gold detailing and sapphire crystals.  The display is surprisingly straightforward for the Büsser crew– hours are shown on a dial on the left, minutes on the right and the power reserve is shown in a vertical meter in the bottom center.

Is this change of pace welcome from a brand so focused on futurism and evolution?  Absolutely.  One common theme amongst the watches of MB&F is the playful inspiration upon which they are built.  One is inspired by the frog, another by mid-century model airplanes– and this one reaches back into MB&F’s interest in history.  We never thought we’d say the words “Steampunk” and “MB&F” in the same sentence, but we’re saying it now.  Nice work, Mr. Büsser and company. 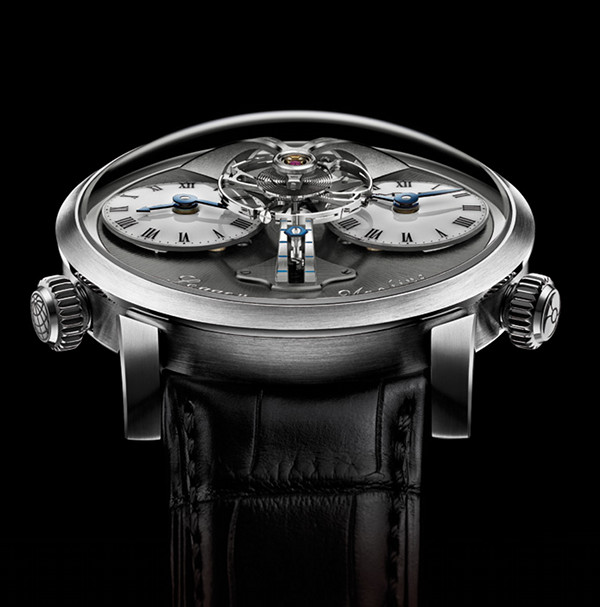 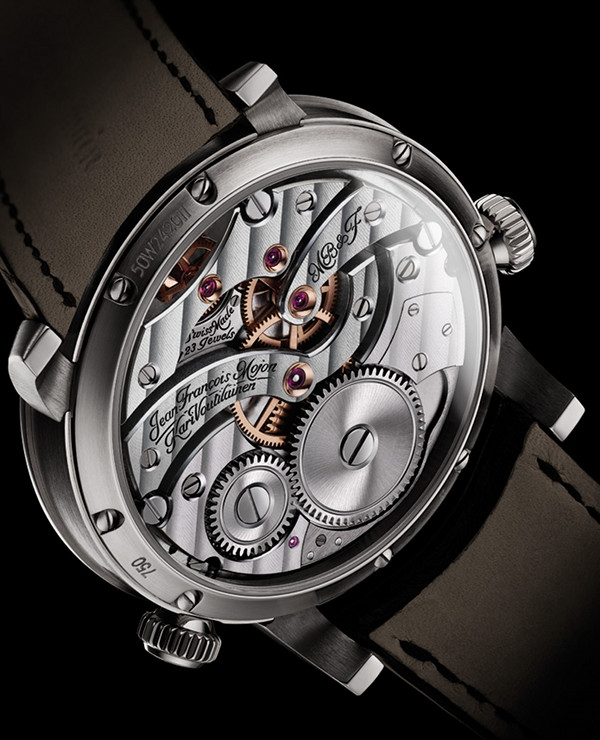 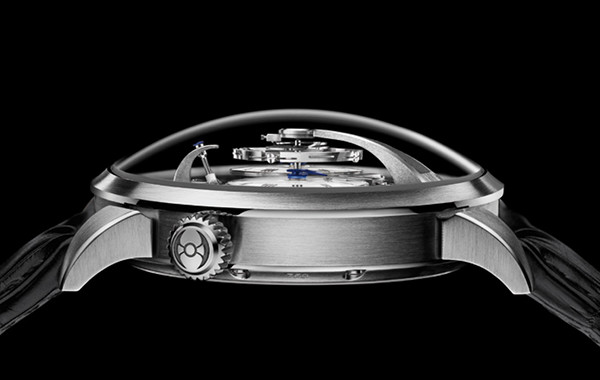 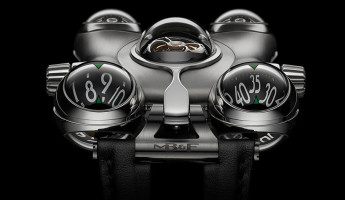 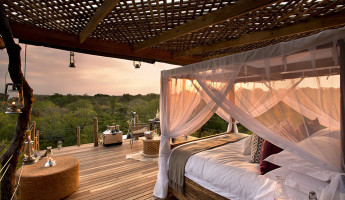 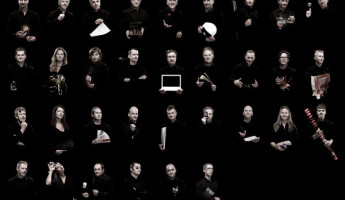 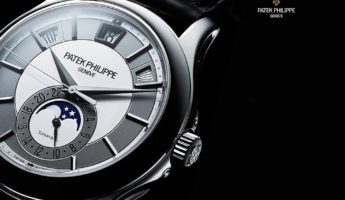 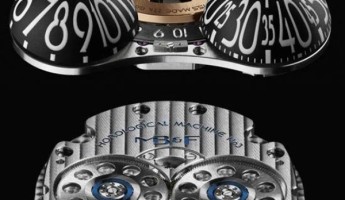