Is Your Private Jet Not Fancy Enough? Mercedes Benz Interior Design Will Handle That. 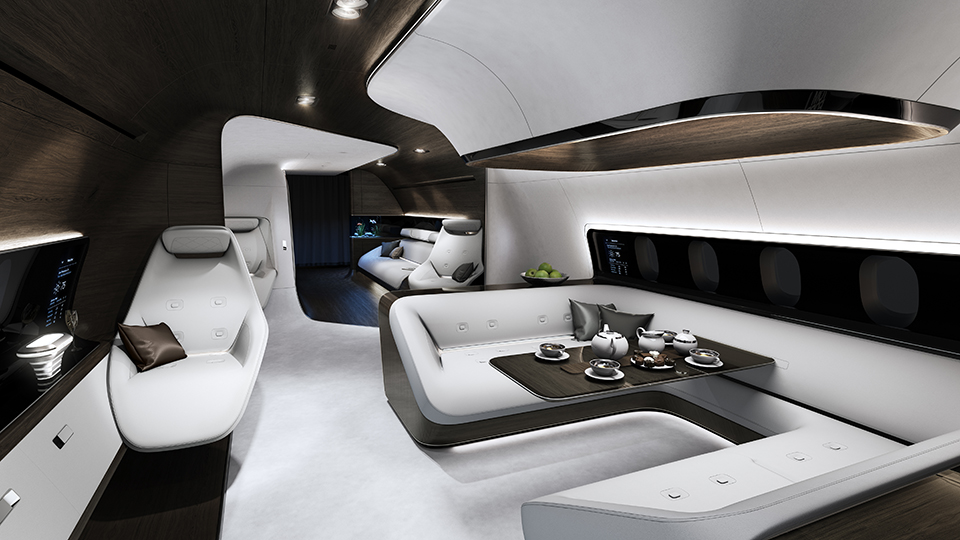 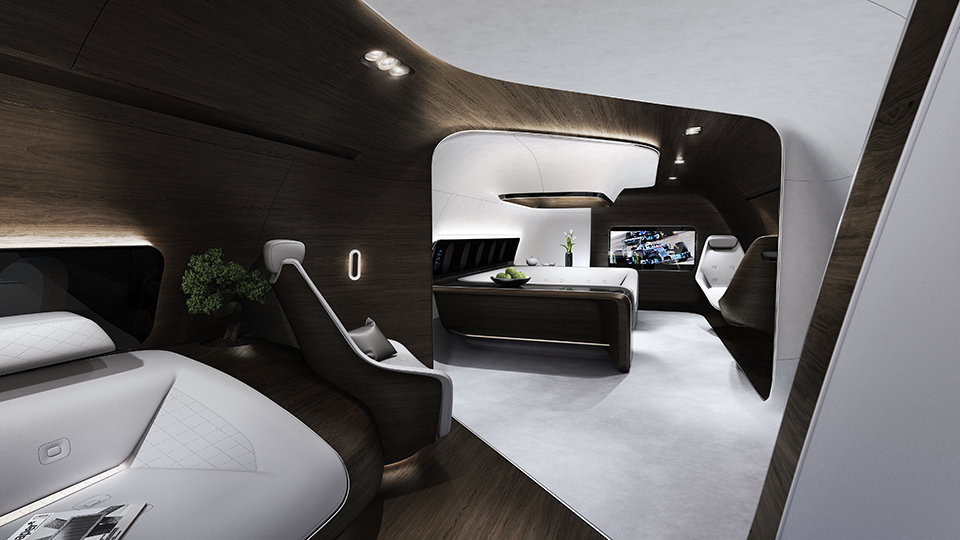 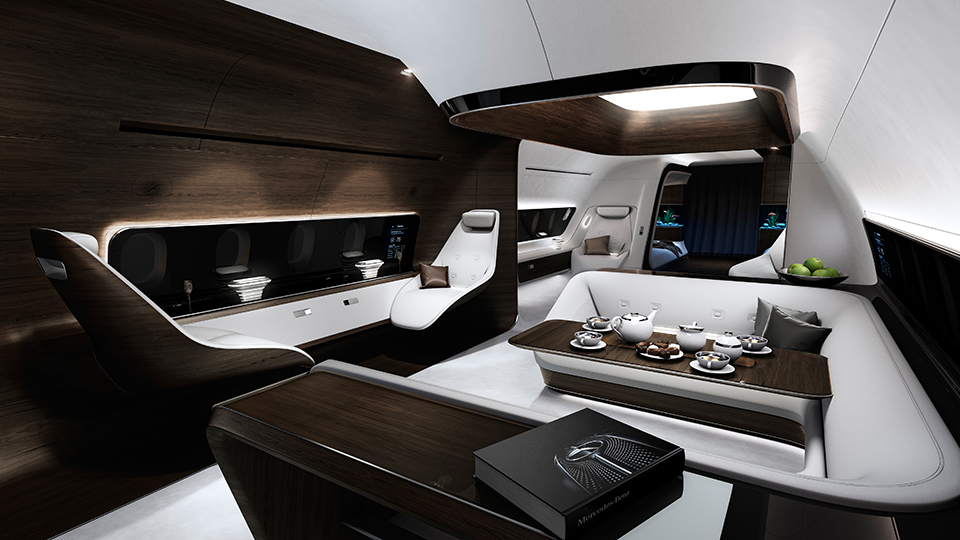 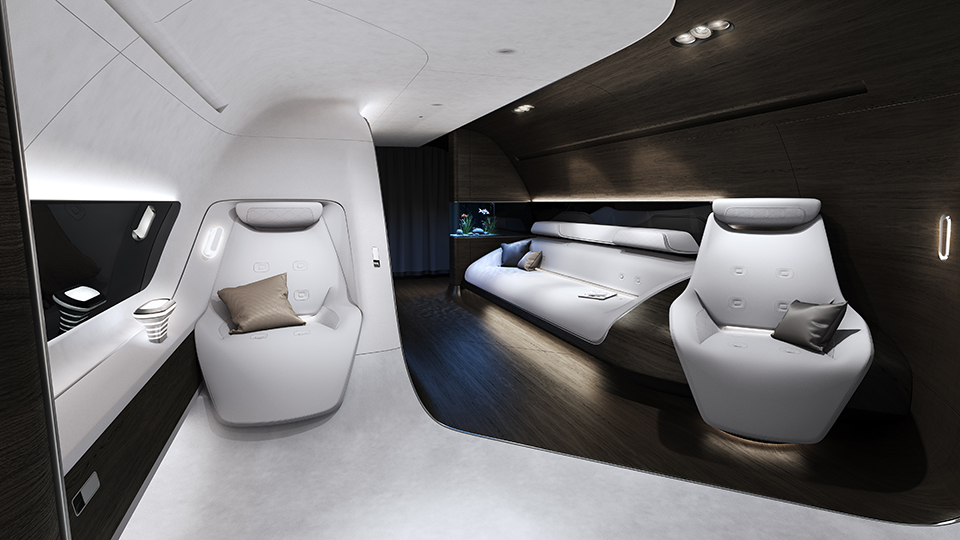 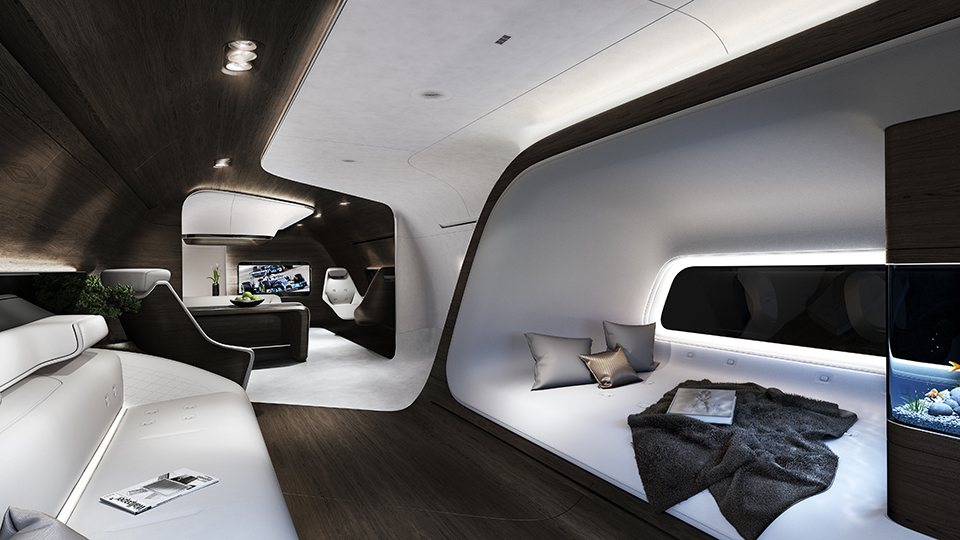 If that private jet of yours just isn’t luxurious enough, this might be the answer. Mercedes Benz has raised the bar to about 30,000 feet for this new interior design concept for Lufthansa Technik. Its part private jet, part boutique hotel, part design museum all in a narrow-body aircraft. Its first stop is the EBACE 2015 showcase, an event that reaches movers and shakers in the European private aircraft industry.

The two groups, officially Lufthansa Technik and Mercedes Benz Style, are first time collaborators in this project. The goal was to fuse Mercedes design language into the Lufthansa Technik aircraft, and fans of Mercedes can see the obvious design dialect here. There are points of influence from plenty of Mercedes products here. “The cabin windows are concealed by so-called black panels, which, inspired by the screen design in the Mercedes‑Benz S-Class, appear to float in front of the window like a light corona,” says Mercedes Benz Style.

At this point, the Mercedes Benz and Lufthansa Technik collaboration is only a concept. It isn’t slated for a wider release, and even then, very few of us would ever see it in action anyway. This is a specialized industry where designs like this are only produced in a very short run, with only a handful of these ever taking shape. Given the bespoke nature of these designs, there could be only one of this exact design ever produced. When paying for an interior like this, you can afford to do a little customization, apparently. [daimler press release] 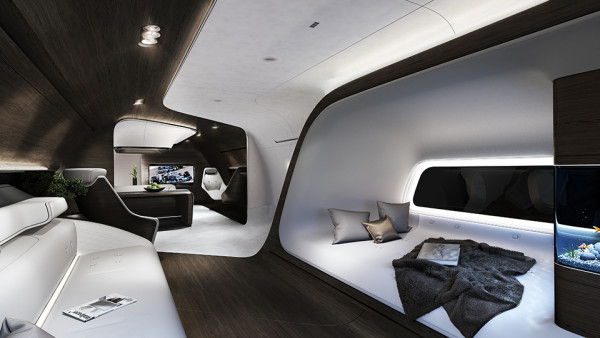 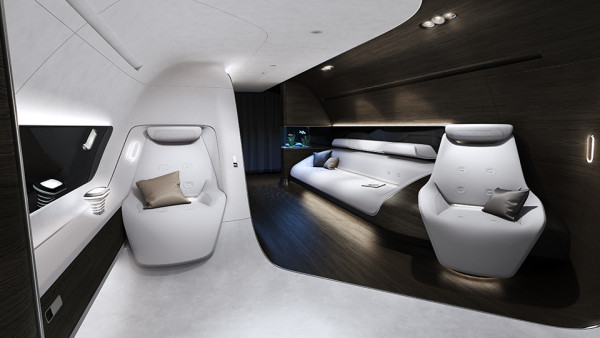 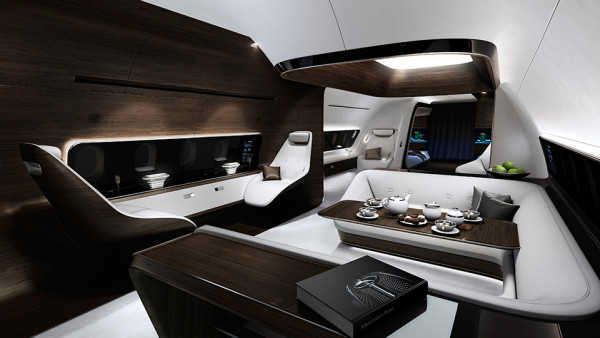