A Modern Infinity Pool for a Bond Villain 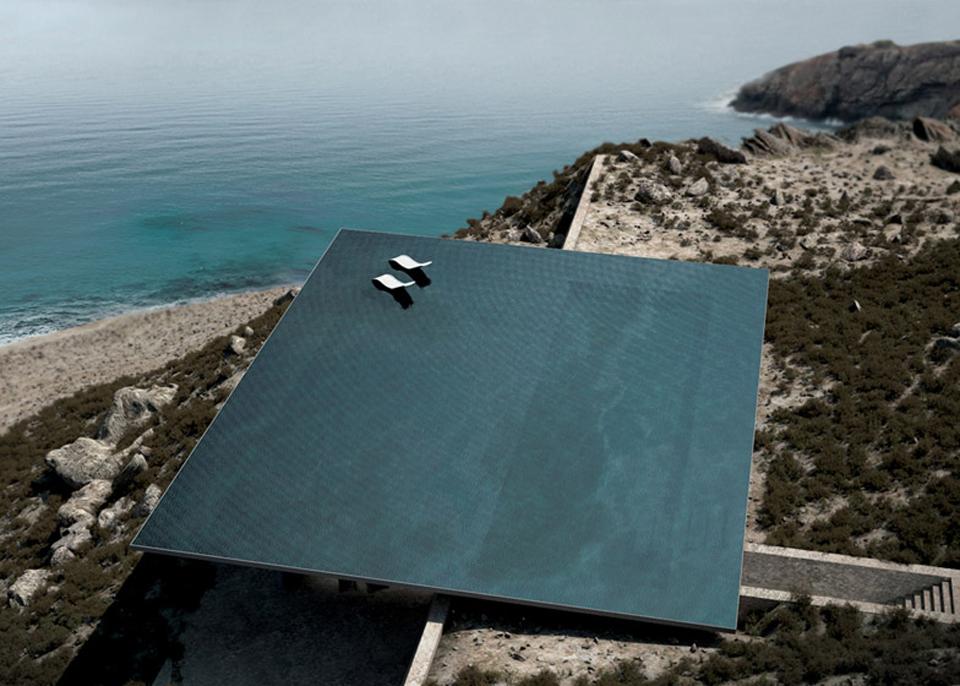 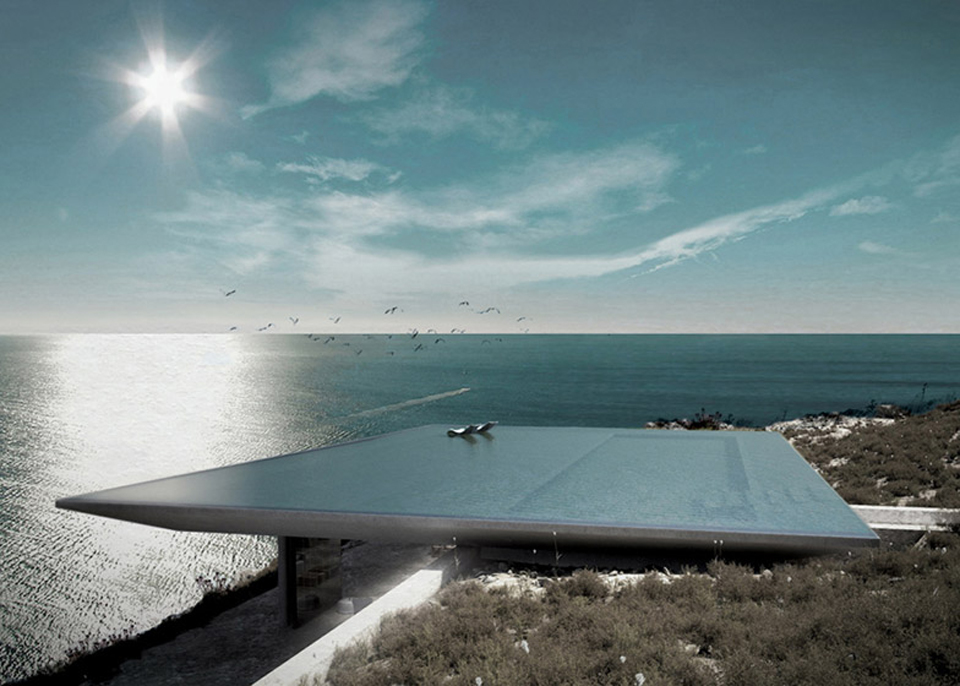 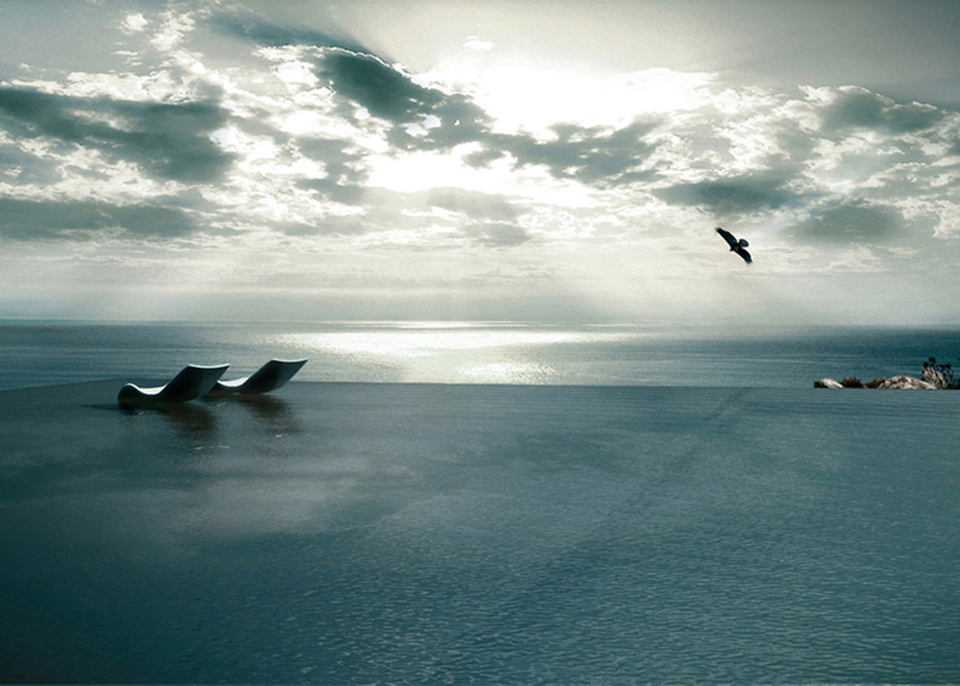 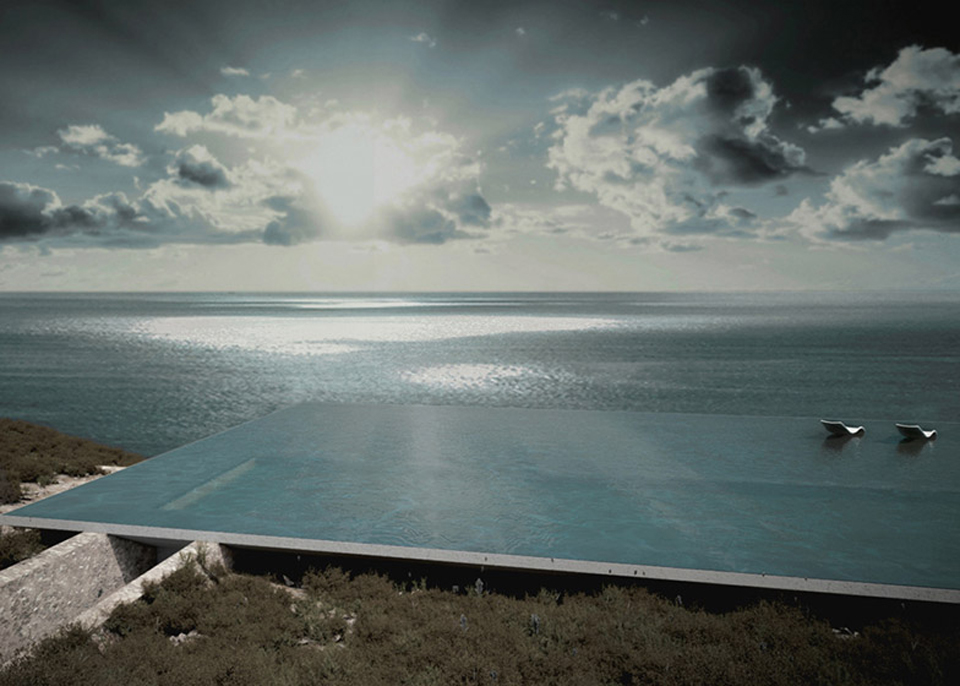 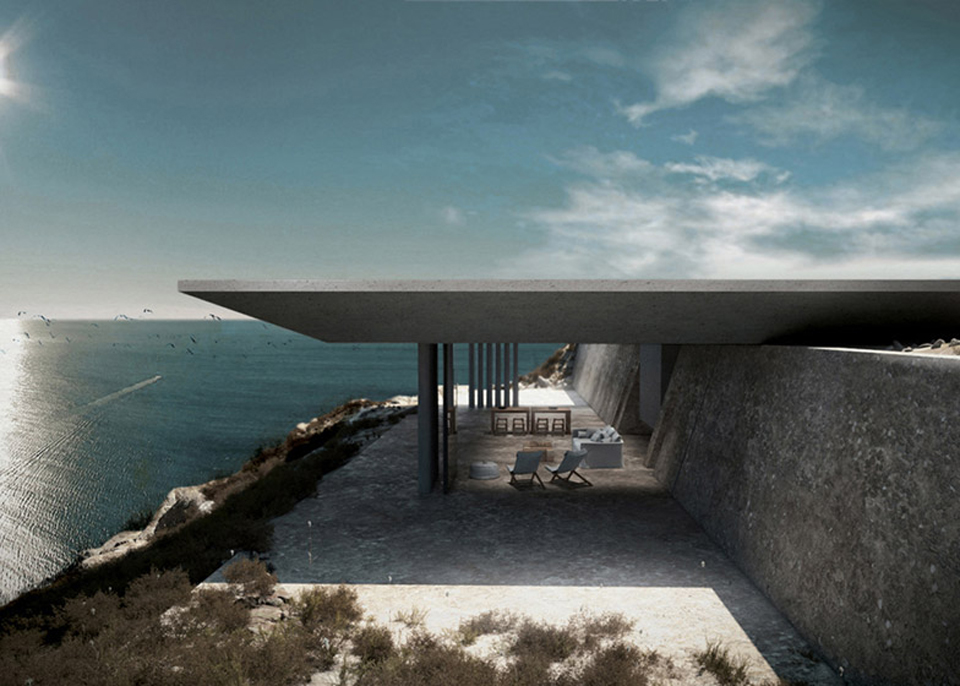 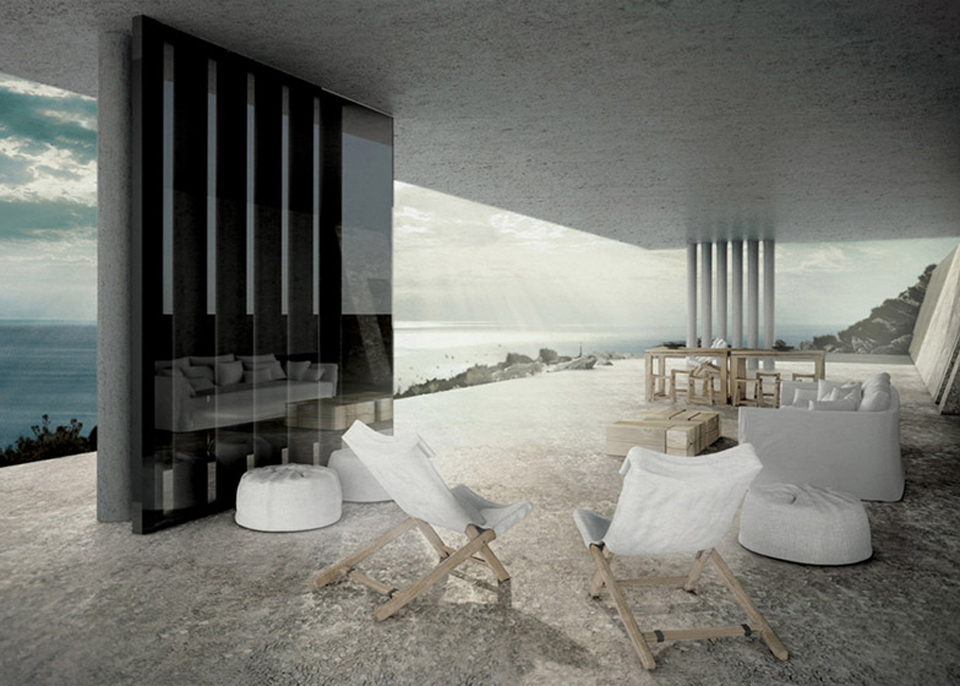 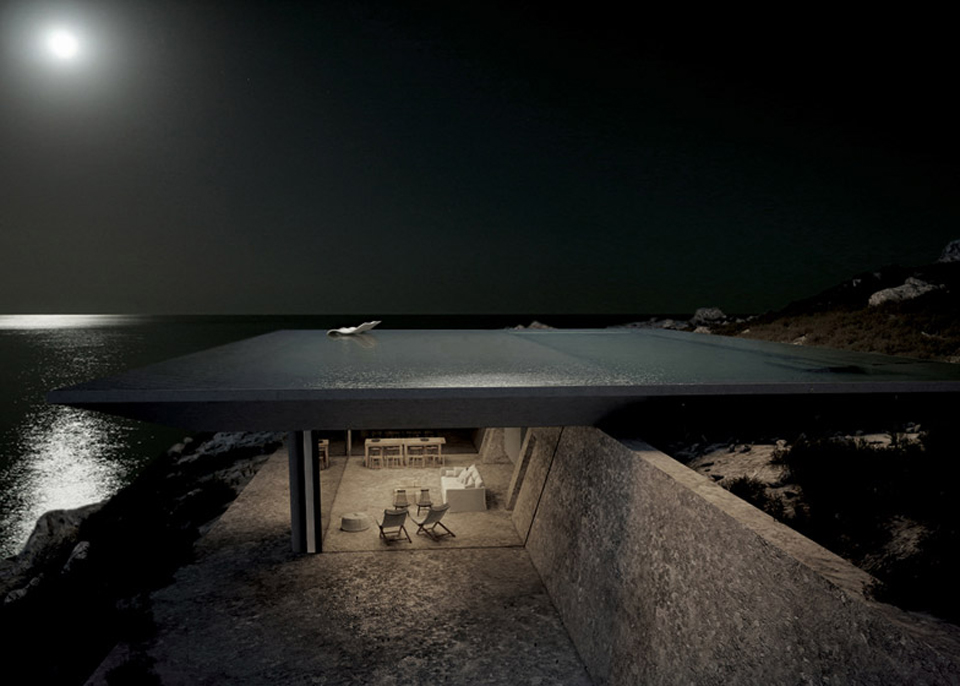 All infinity pools are impressive, which makes them hard to compare, but this rooftop modern infinity pool is simply stunning. Designed by Kois Associated Architects, the pool is built into the rocky terrain of the island’s coastline, and stays hidden from the outside world thanks to the reflective effect of the infinity pool. The home itself, dubbed the Mirage House, includes an open-air living room at the front of the house which provides gorgeous views of the Aegean Sea, and dry stone walls that mimic the traditional architecture found elsewhere on the island.

Without a doubt, the crowning feature of the house is the rimless modern infinity pool, which extends to the horizons and merges with the seascape. During the day, the pool reflects the surroundings, and during the night, the star filled night sky, which helps to create the optical illusion that inspired the name Mirage House. From the right angles, the house is hard o distinguish from its surroundings, which fulfilled the client’s desire for minimal visibility, and maximum privacy.

Located on a natural plateau, which offers natural protection and reduces the need for excavation, the single-storey structure consists of three bedrooms, the open-air living room, and a separate kitchen. Most of the house is built from local materials, which helps to blend it with the surroundings, but also reduces the environmental impact. Retained earth walls covered in layers of vegetation at the back of the house regulate the temperature through evaporation, while the modern infinity pool itself provides thermal insulation and protection from solar radiation and heat transmittance. 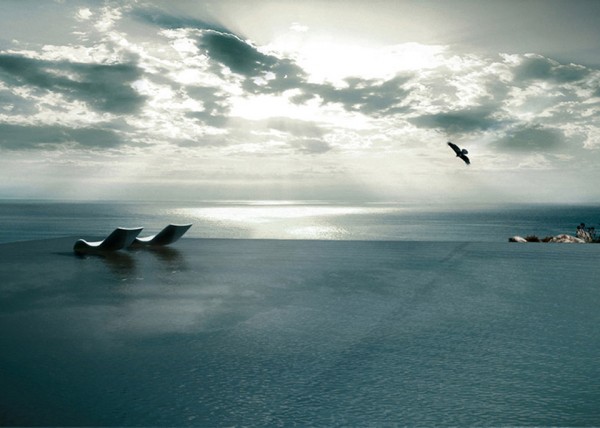 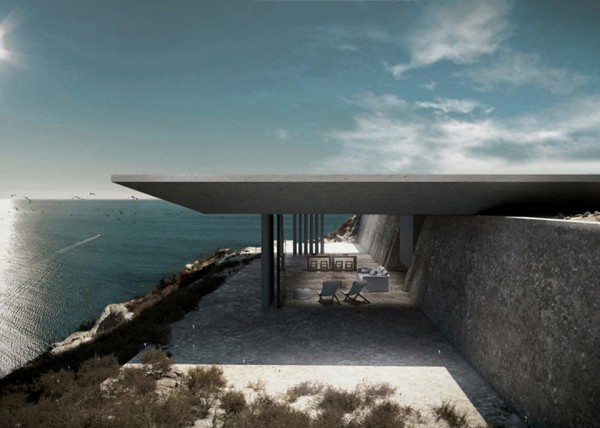 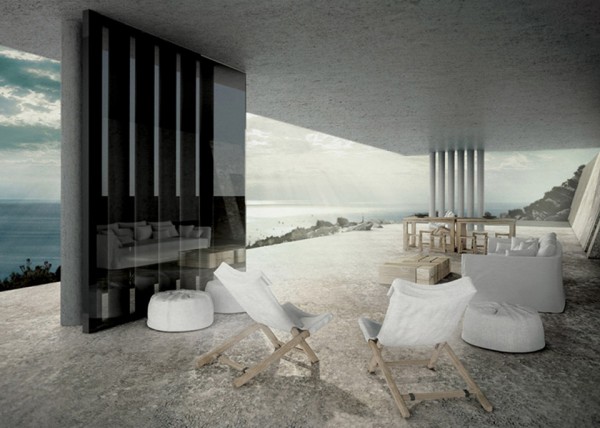