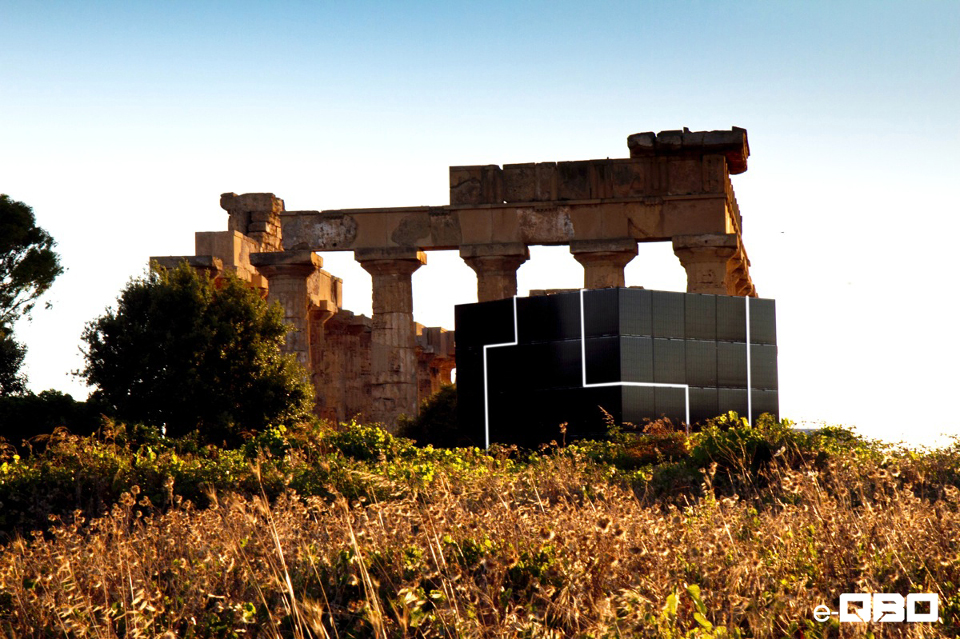 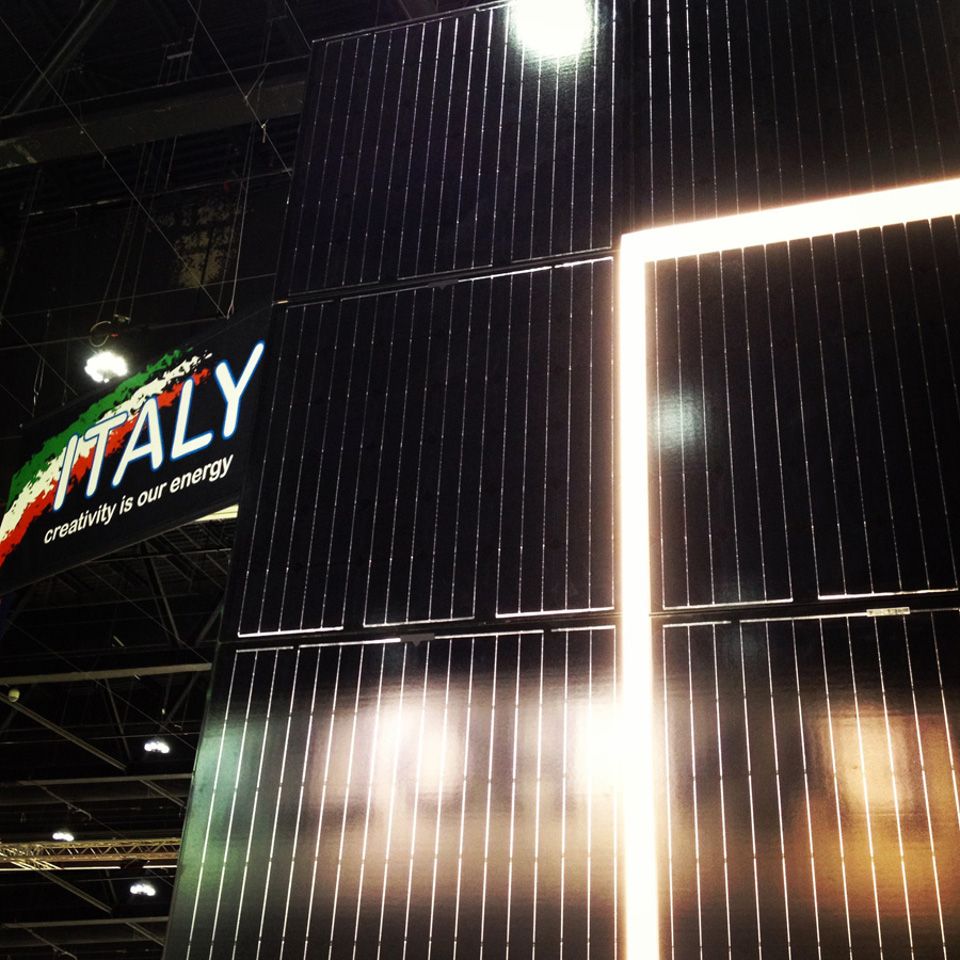 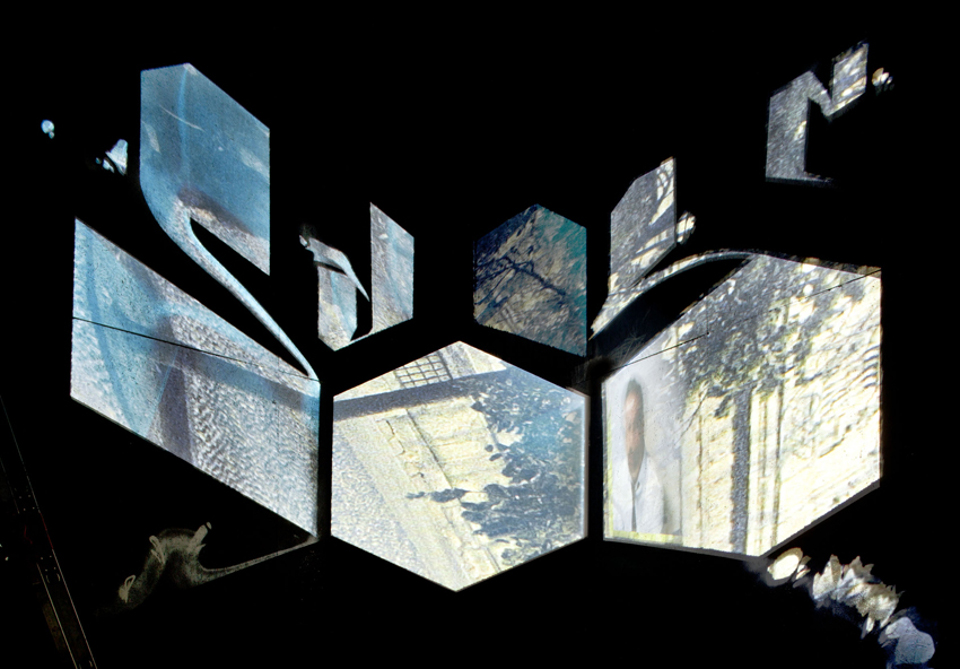 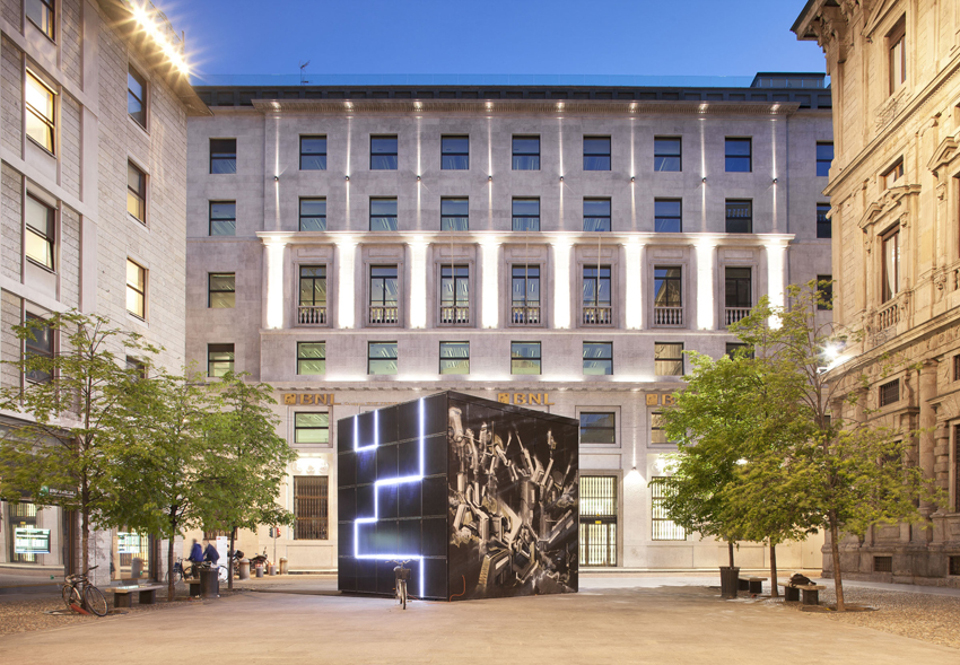 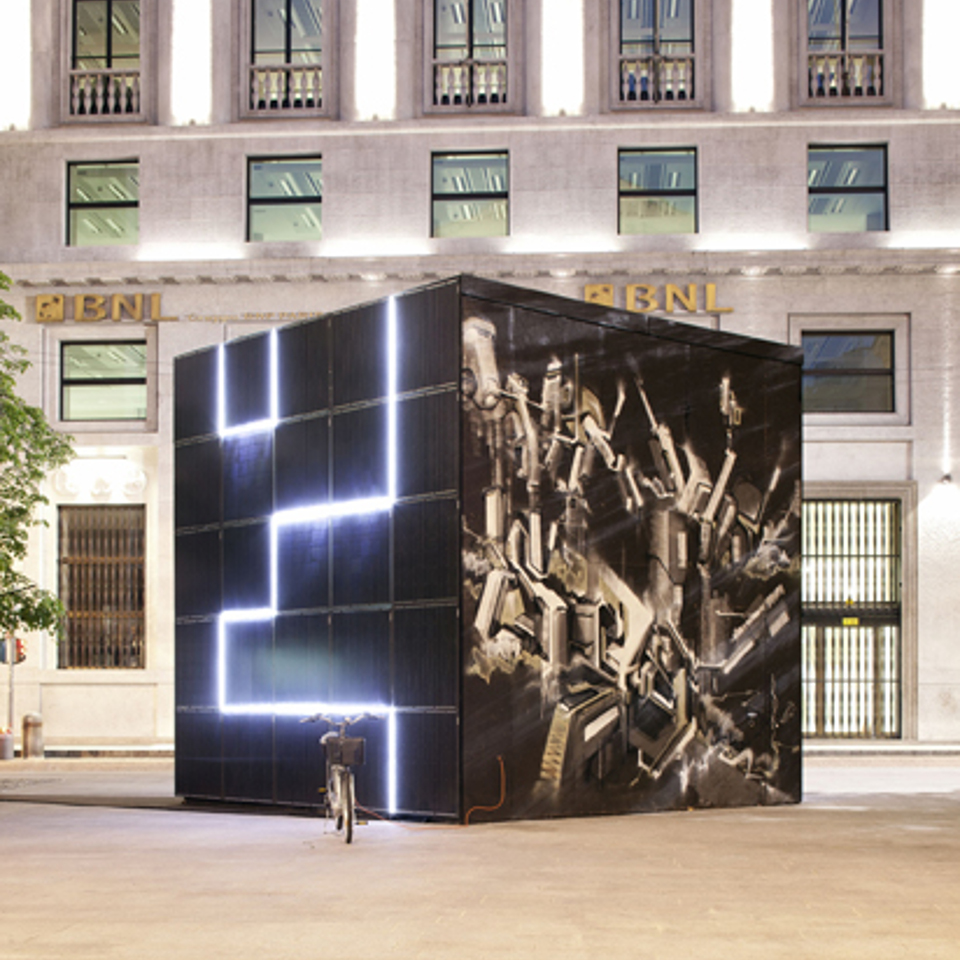 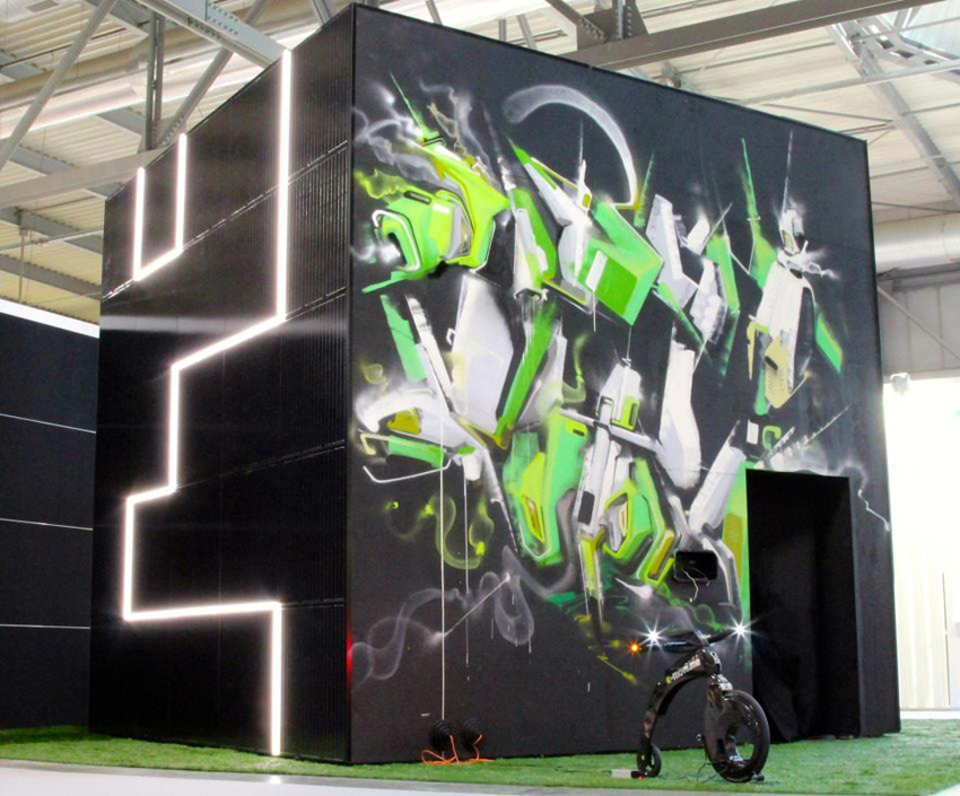 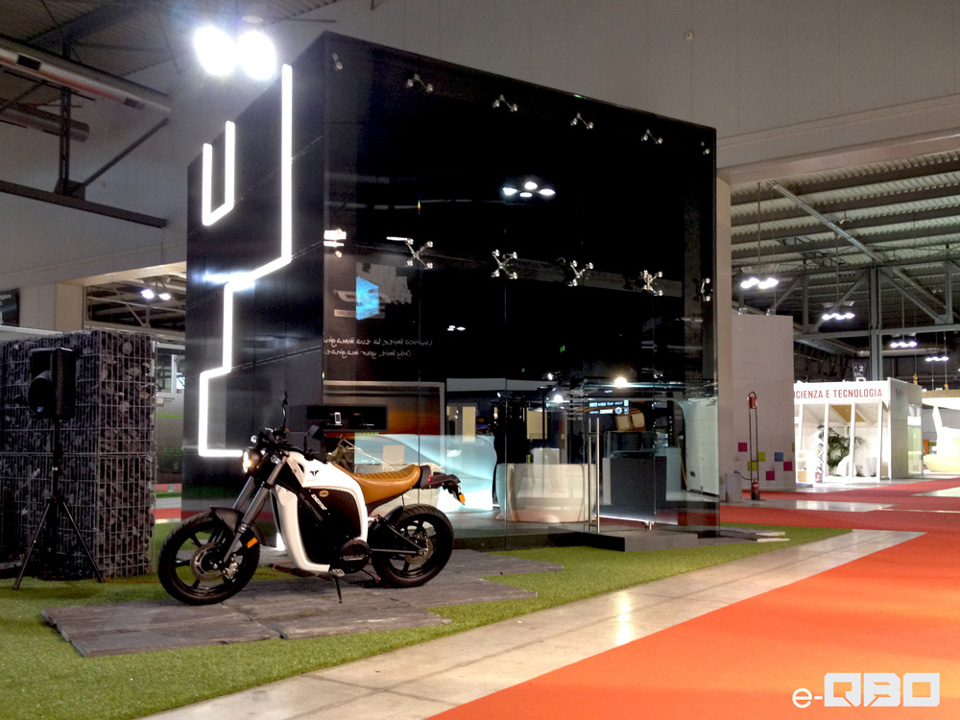 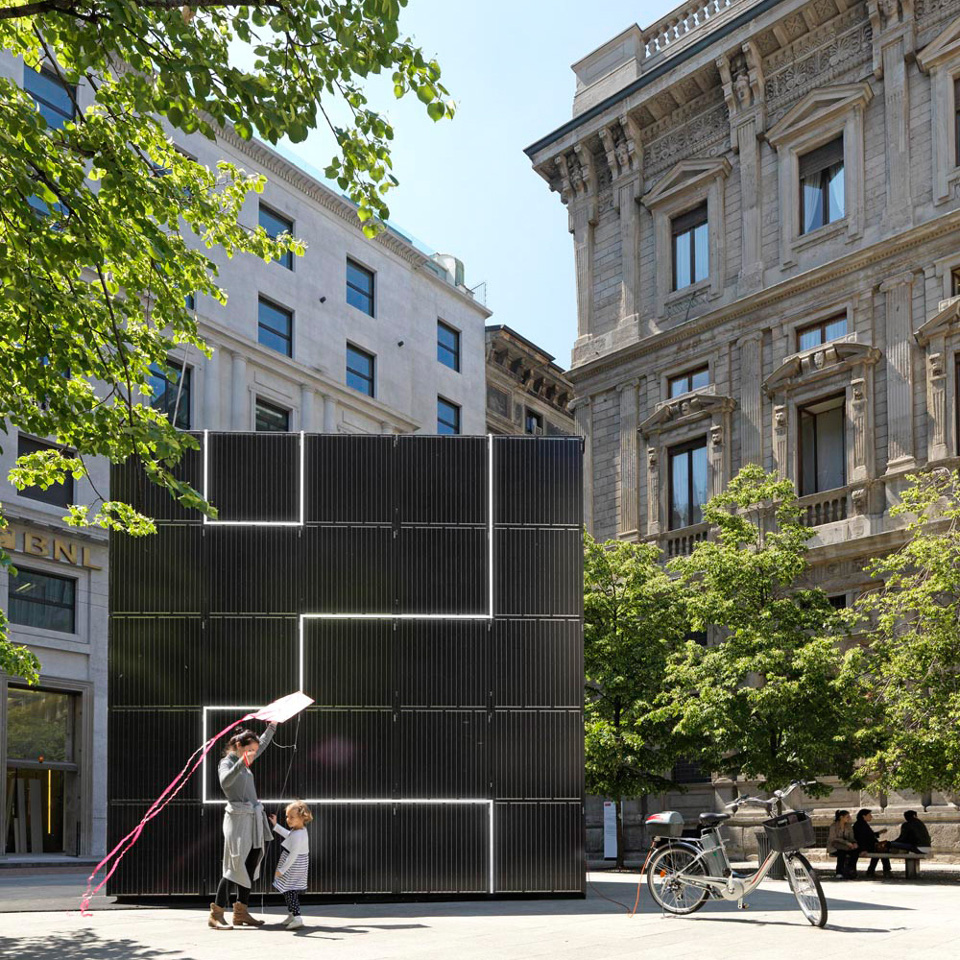 Like something torn straight out of the movie TRON, the e-QBO solar power cube looks like alien and science fictional at first glance. The cube – which is interspersed with glowing blue lines – is covered with integrated photovoltaic panels which it uses to soak up sunlight all day long in order to provide power to nearby buildings. Currently, the only model in circulation is the one above, which is used on an Italian street to power public lighting in the area along with several videomapping installations, a number of cell phone ports and a free WiFi hotspot. The whole project was developed by an organization known as TRED; an innovative Italian firm whose entire purpose is to merge high technology with pleasing design.

That’s where the appearance of e-QBO comes in. It might look pretty unusual, but it also looks right bloody cool, as well. Its designers have referred to it as an ‘architectural chameleon,’ holding that it can be transformed to fit a wide range of different programs and locations. From the looks of things, it also features a modular design; it was turned into an exhibition space showcasing the results of sustainability research at the Milan Innovation Cloud conference. It also played host to a lounge and info point for Research on Energy Systems at the MADE 2013 fair. In terms of more recent shows, the cube’s been selected to represent Italy at Abu Dhabi’s World Future Energy Summit. 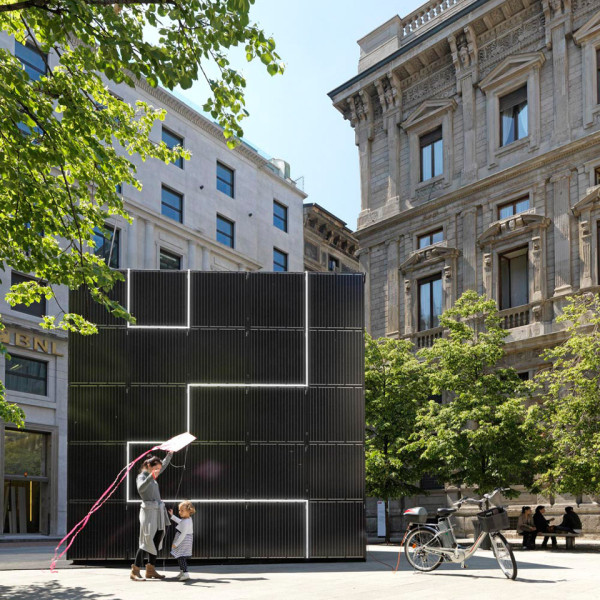 In order to give it a more pleasing (and less intimidating) appearance, the cube incorporates LED lighting, which allows it to engage dynamically with its surroundings.  The energy accumulated within the device is stored in its batteries and used both for lighting the box and charging nearby electronic devices. Its creator refers to it as “a manifesto of future smart cities” in that it’s both autonomous and connected, off the power grid and “integrated into the urban context.”

For my part, I could easily see a future where the sight of power cubes like this one becomes commonplace, with cubes of various shapes, sizes, and configurations dotting the city streets to provide simple, clean, renewable energy. And you know what? That future’s downright awesome – I can’t wait. 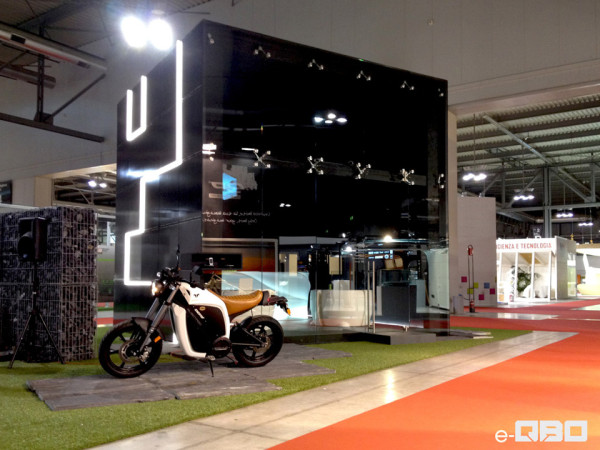